I walked from the river to Target Field through downtown Minneapolis with no map.

Now an office building, the Ceresota Building was once the Northwestern Consolidated Milling Company Elevator A. It was built in 1908 and is the largest grain elevator ever built of brick (whatever that does for you). 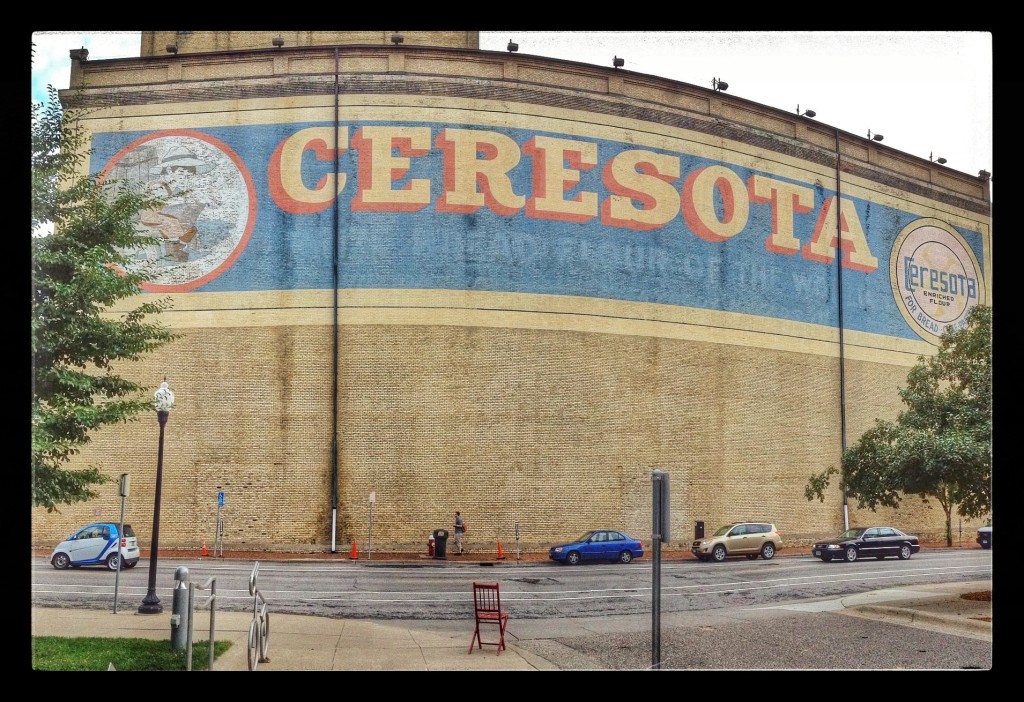 My random path took me past this sculpture, titled “Inner Search” on the corner of 3rd Street and Second Avenue. The “eye” was supposedly inspired by the eye on the one dollar bill. 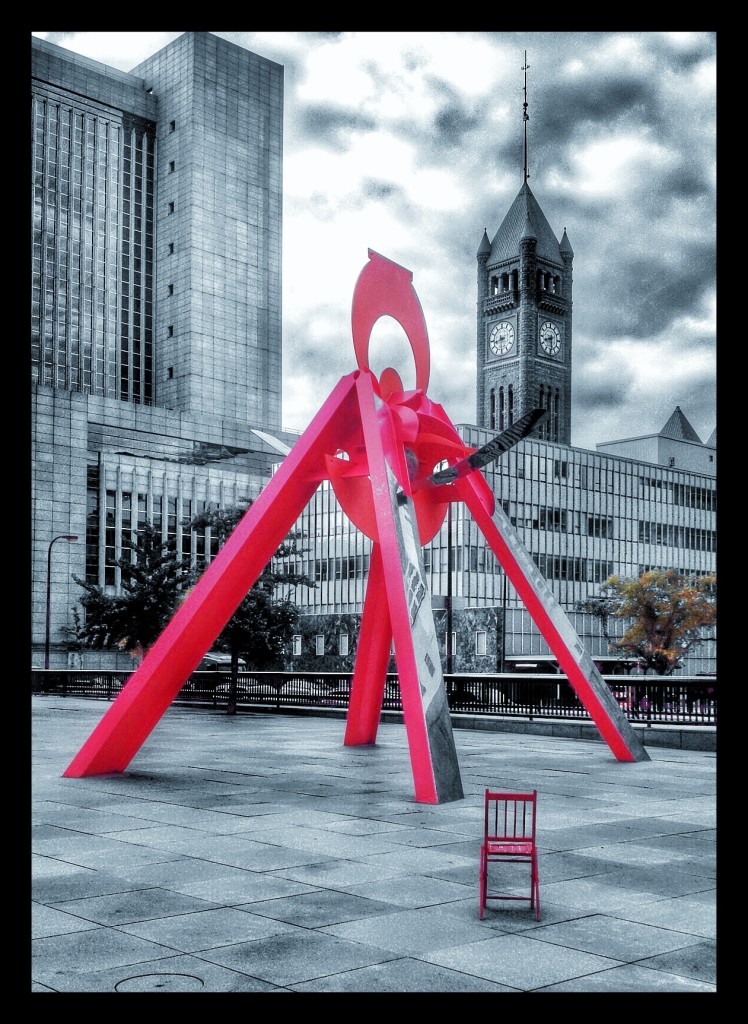 A bunch of cement balls lined the mirrored walls on the other side of the building. 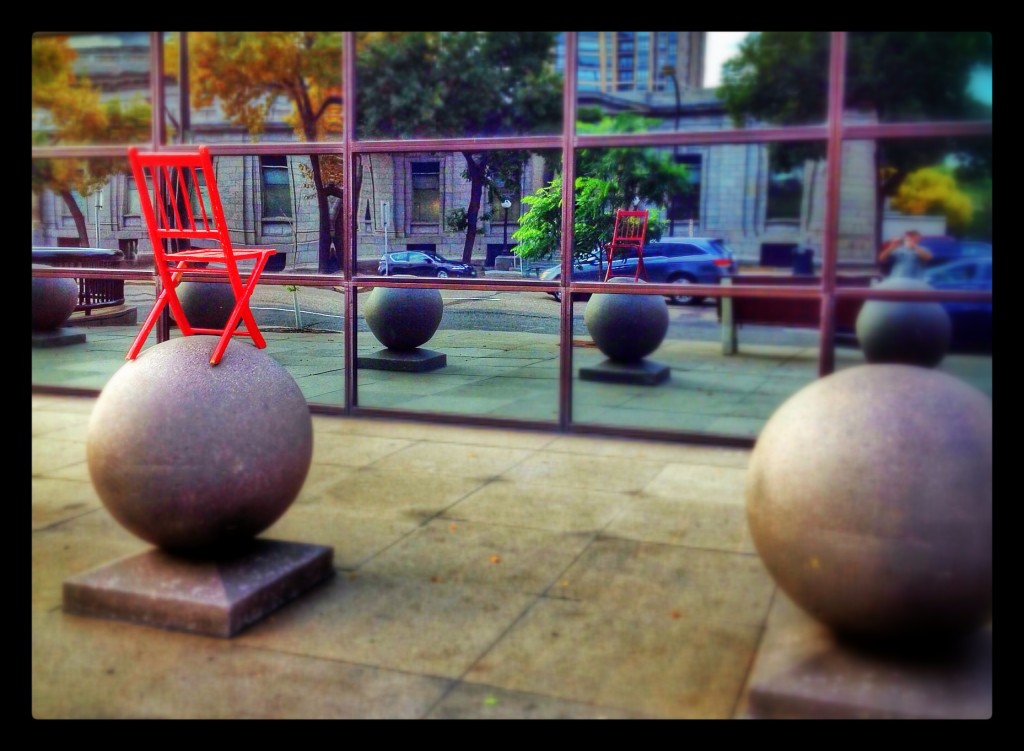 The web site Start Seeing Art has this to say about “Family.”

“Family” features a mother, father and two children, barefoot and apparently wandering and about to reach the end of their journey. It feels like there’s some sort of context missing, like we should know more about who they are or where they’re going or where they’re coming from. But it’s just not there.

Which is an obvious attempt to say something when there was nothing to be said. 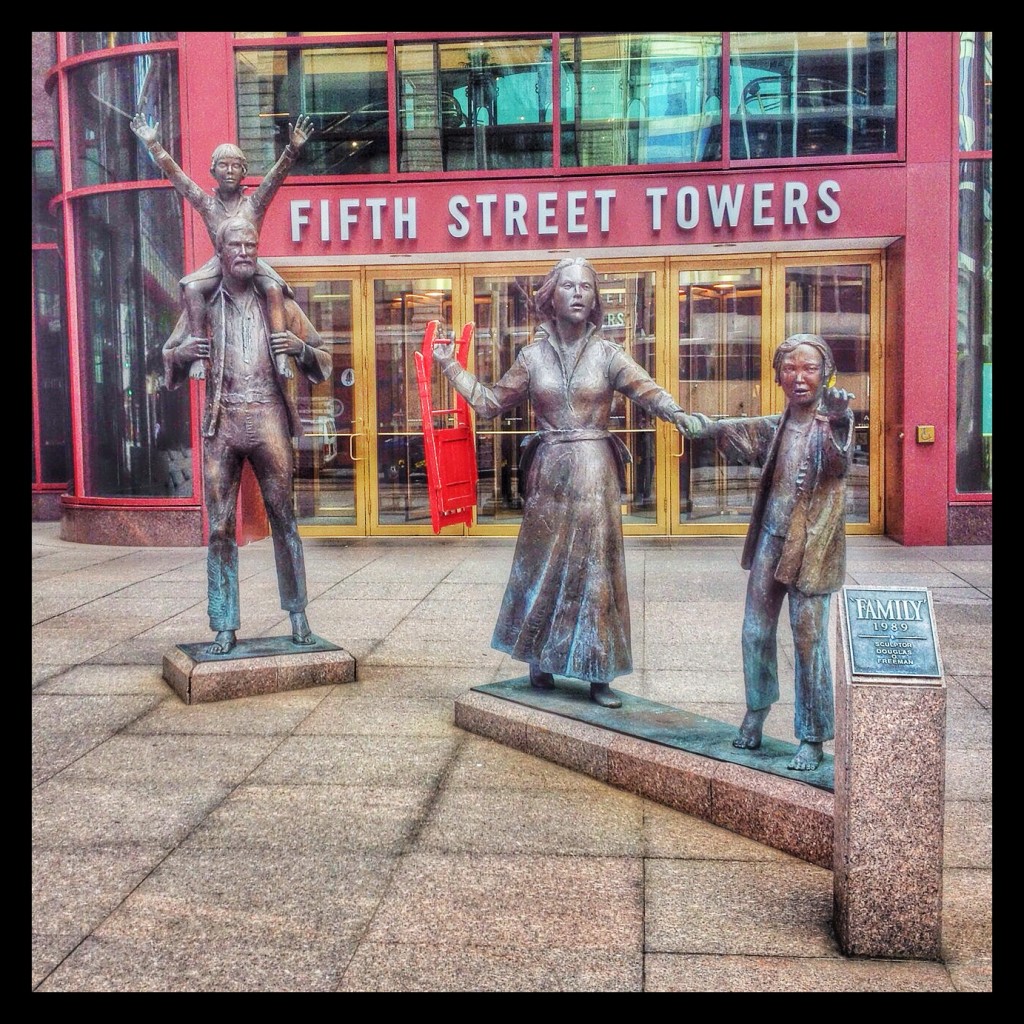 On my stroll from the river to Target Field, I happened upon this odd mural on the side of the Rosenthal Furniture store. 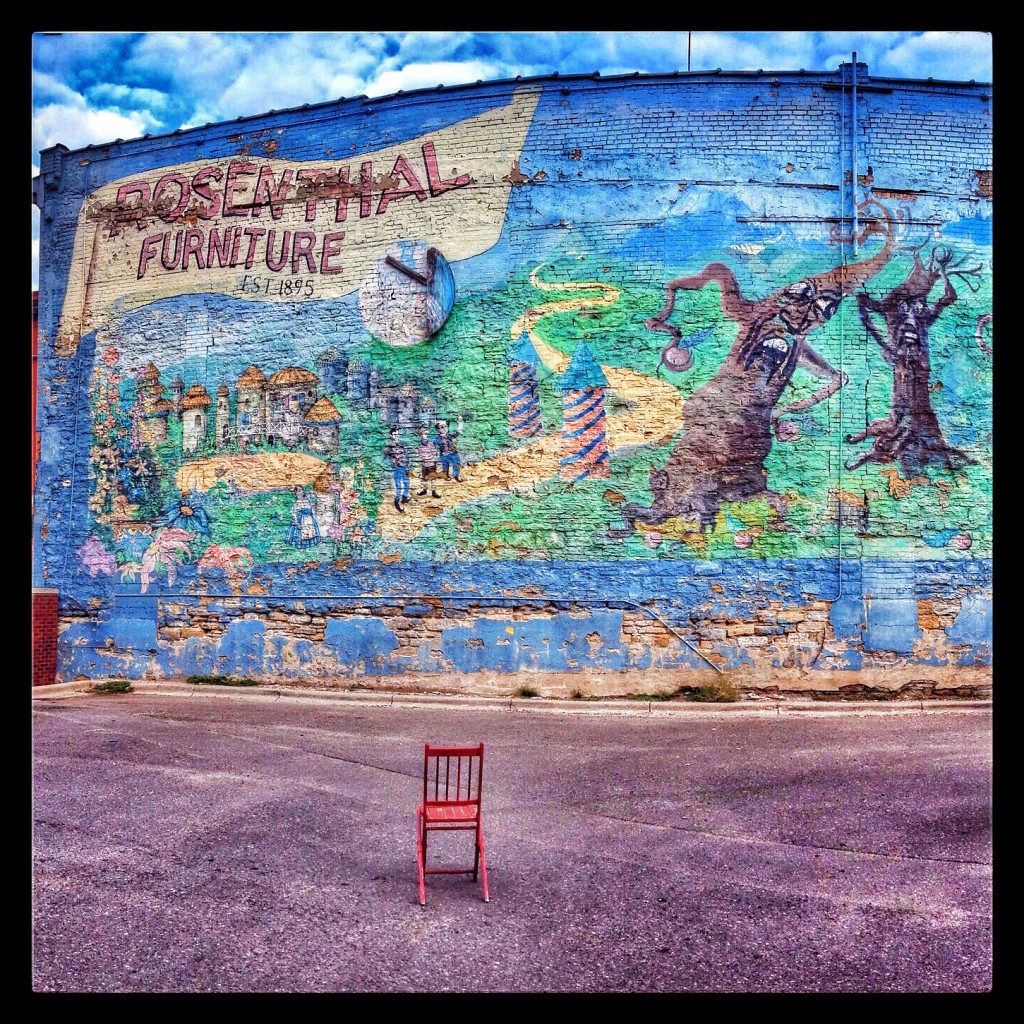