Dragonman is all about guns—selling them, shooting them, owning them. Dragonman is Mel Bernstein, owner of a gun shop, shooting range, and military museum in the prairie east of the Colorado Spring Airport. His museum is only open to guided tours, and then only on Sunday mornings during the warmer months. We understood the “warmer months” restriction because we went on a chilly day and the unheated museum was cold. It all sounded interesting to me, so I invited my son-in-law and daughter along.

I’m not sure I would describe what we saw as a collection—it was more of an obsession. You name it—especially if it has to do with WWII, and Dragonman has a pile of them—vehicles, uniforms, guns, flags …

The drive into Dragonland is lined with shot-up cars and mannequins with dire warnings about what will happen to trespassers or anyone who messes with the Dragon. 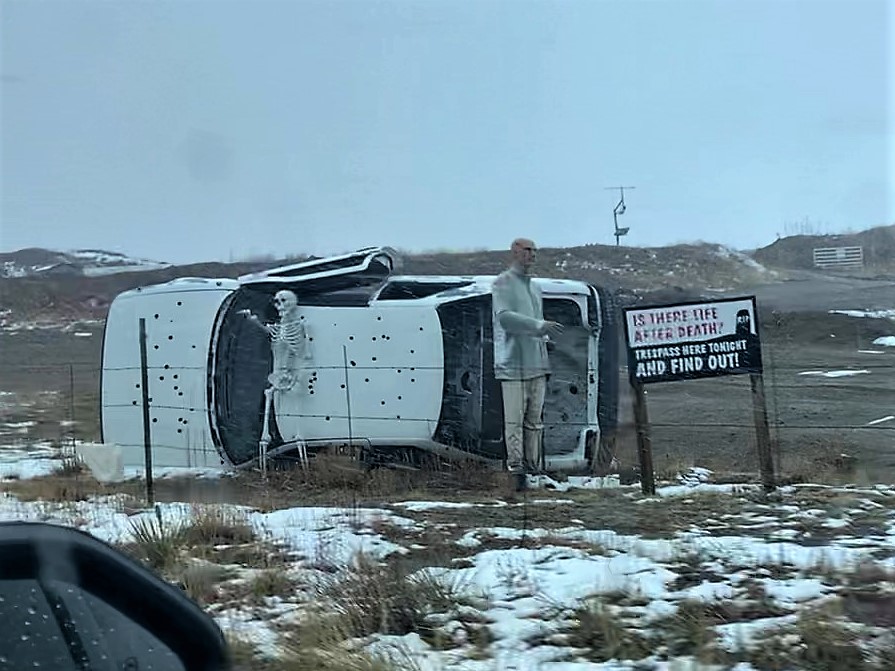 Dragonman and two other guides took turns explaining things—probably because they had to give their voices a break after yelling. There were maybe 70 people on the tour—way too many for everyone to be able to hear and see what the guides were talking about. The tour took two-and-a-half hours and was an odd mix of history, showing off and bragging about individual pieces in the museum, and humor. It was very American, patriotic, and red-blooded—the sort of thing that would drive the left crazy—which made me happy. Some of the history was simplistic. How many of the claims about the various items were stretched for dramatic effect, I can’t say. Near the end of the tour, we went through three large rooms filled with gas pumps, mannequins dressed in 50’s clothing, hot rods, and Elvis kitsch. It all just went on and on and on until it became too much—like Bernstein can’t help himself and has to buy everything he sees.

He fought in Viet Nam, so he has to be in his late 60’s or early 70’s, but he claims he has no intention to stop collecting stuff. Here he’s holding up a pistol of the identical make and model of the one Booth used to kill Lincoln. 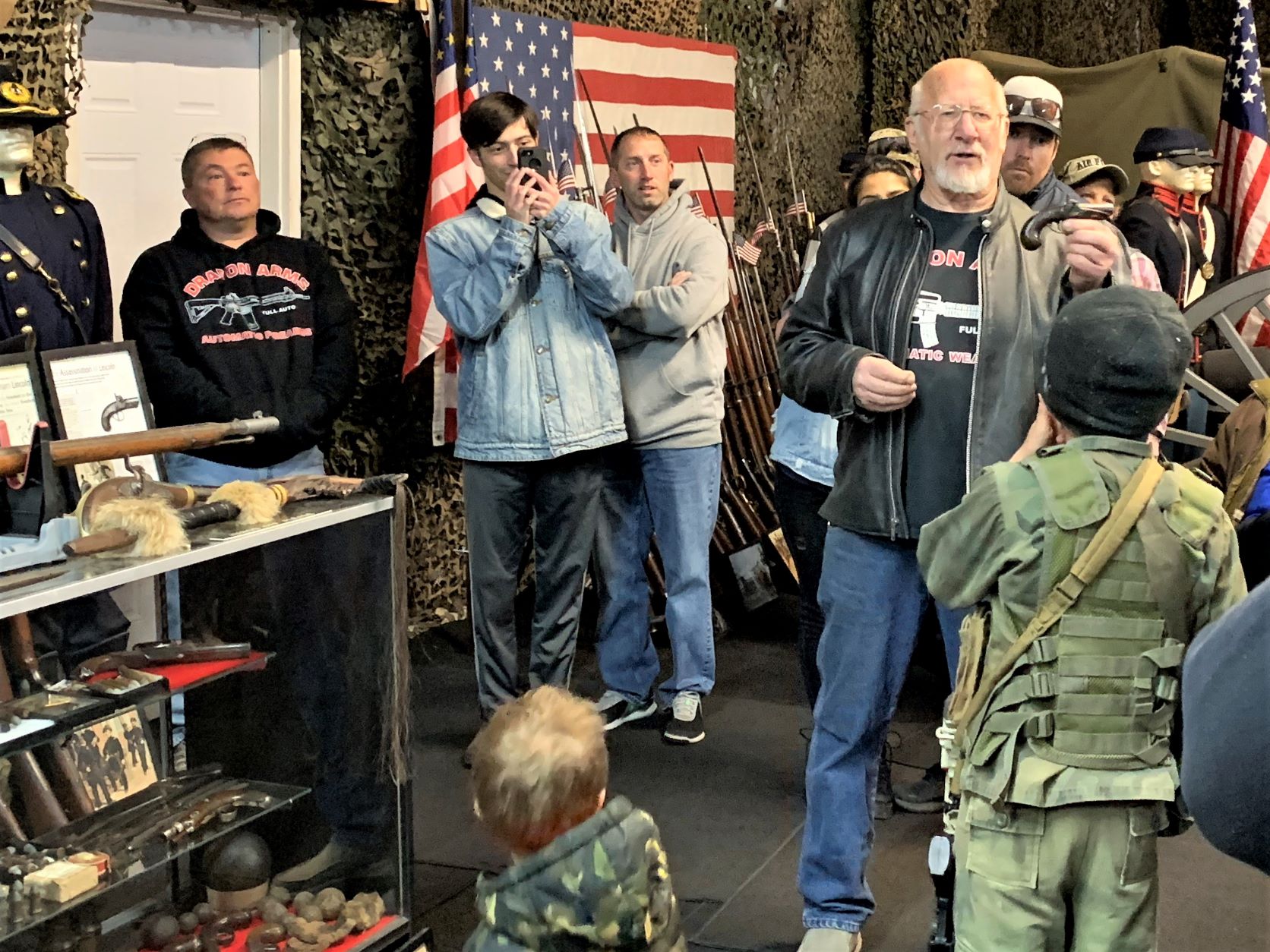 I’ll let the pictures and video tell the story. 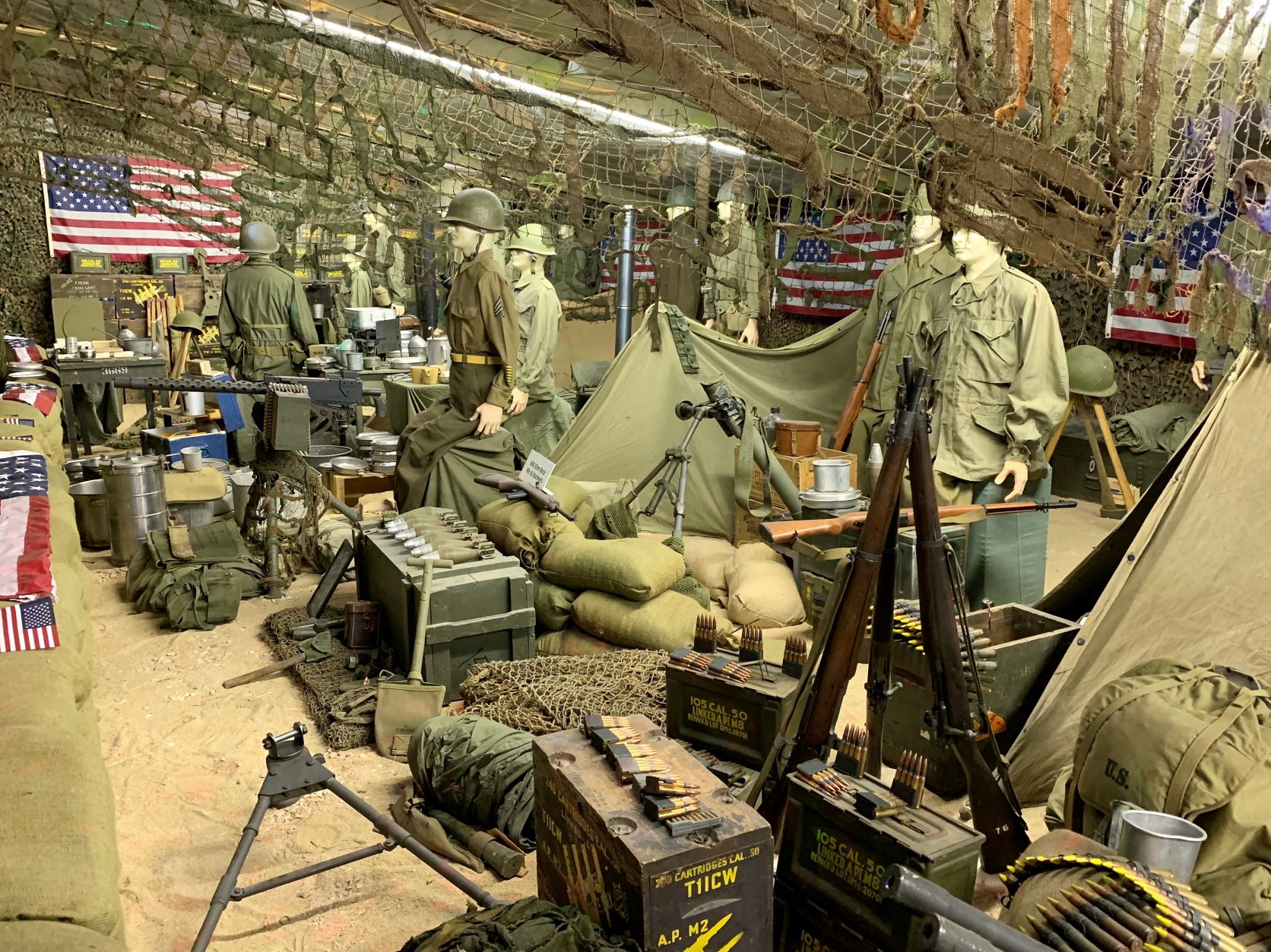 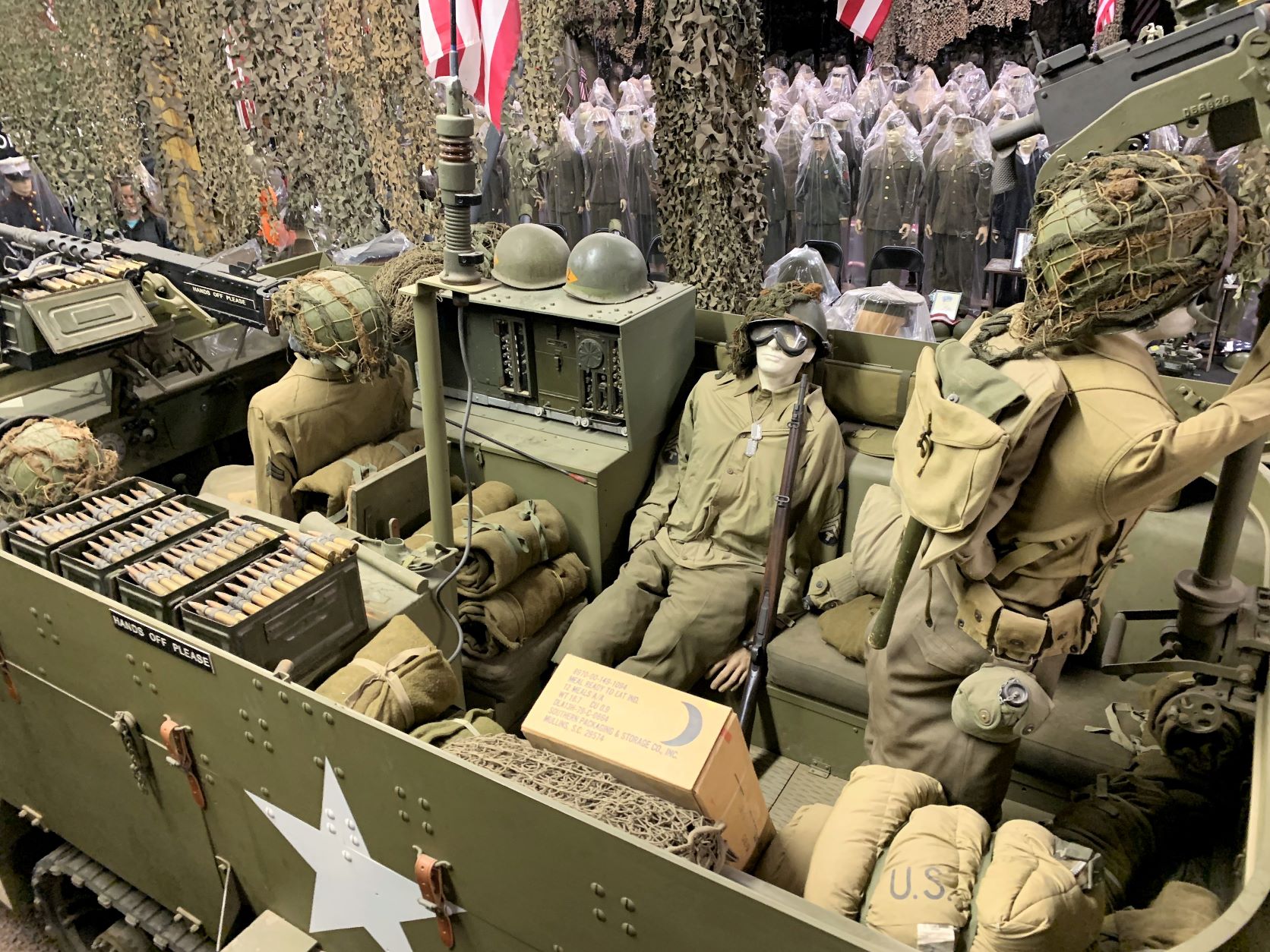 All the mannequins were covered in plastic, which was a little creepy. 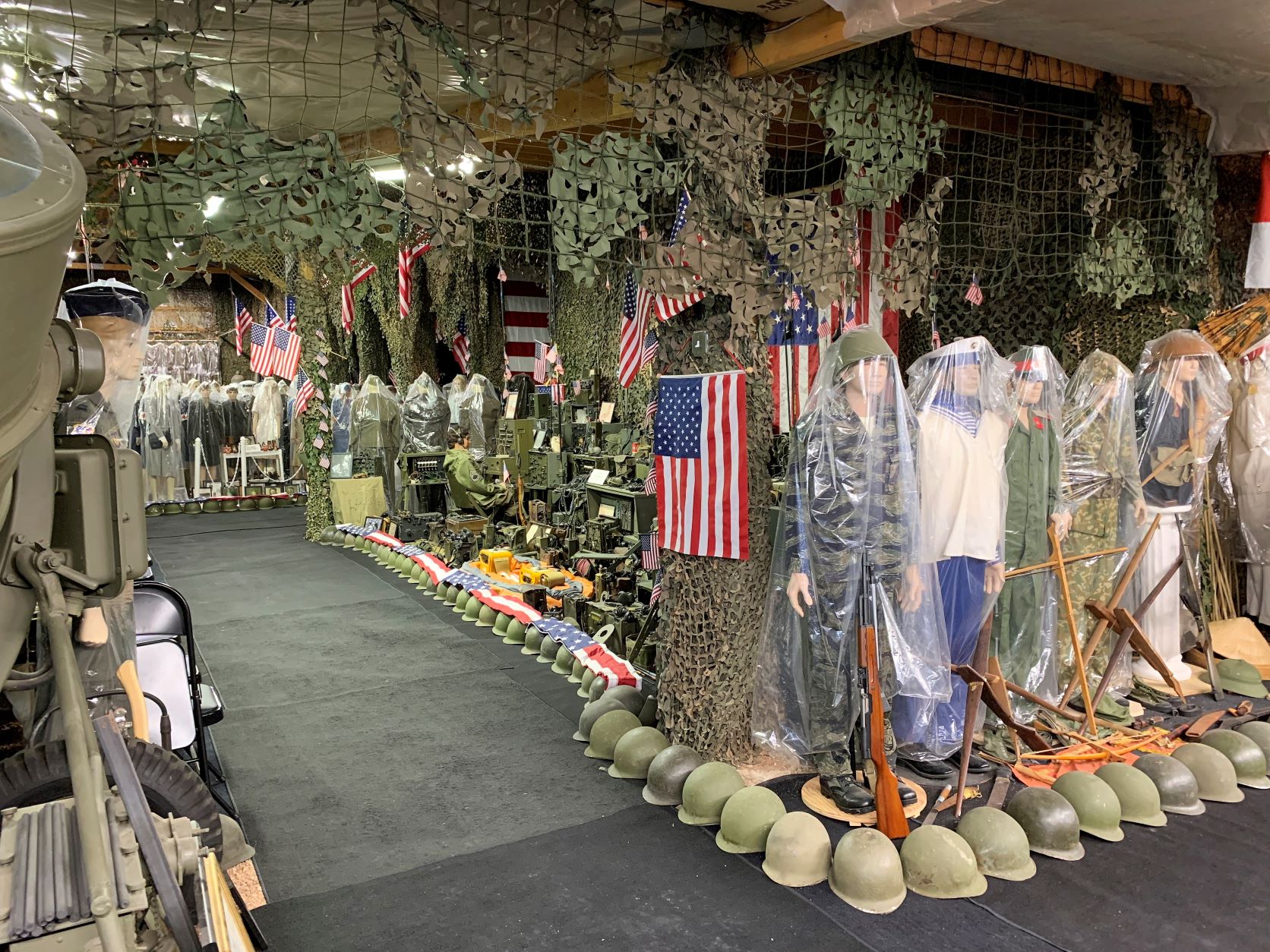 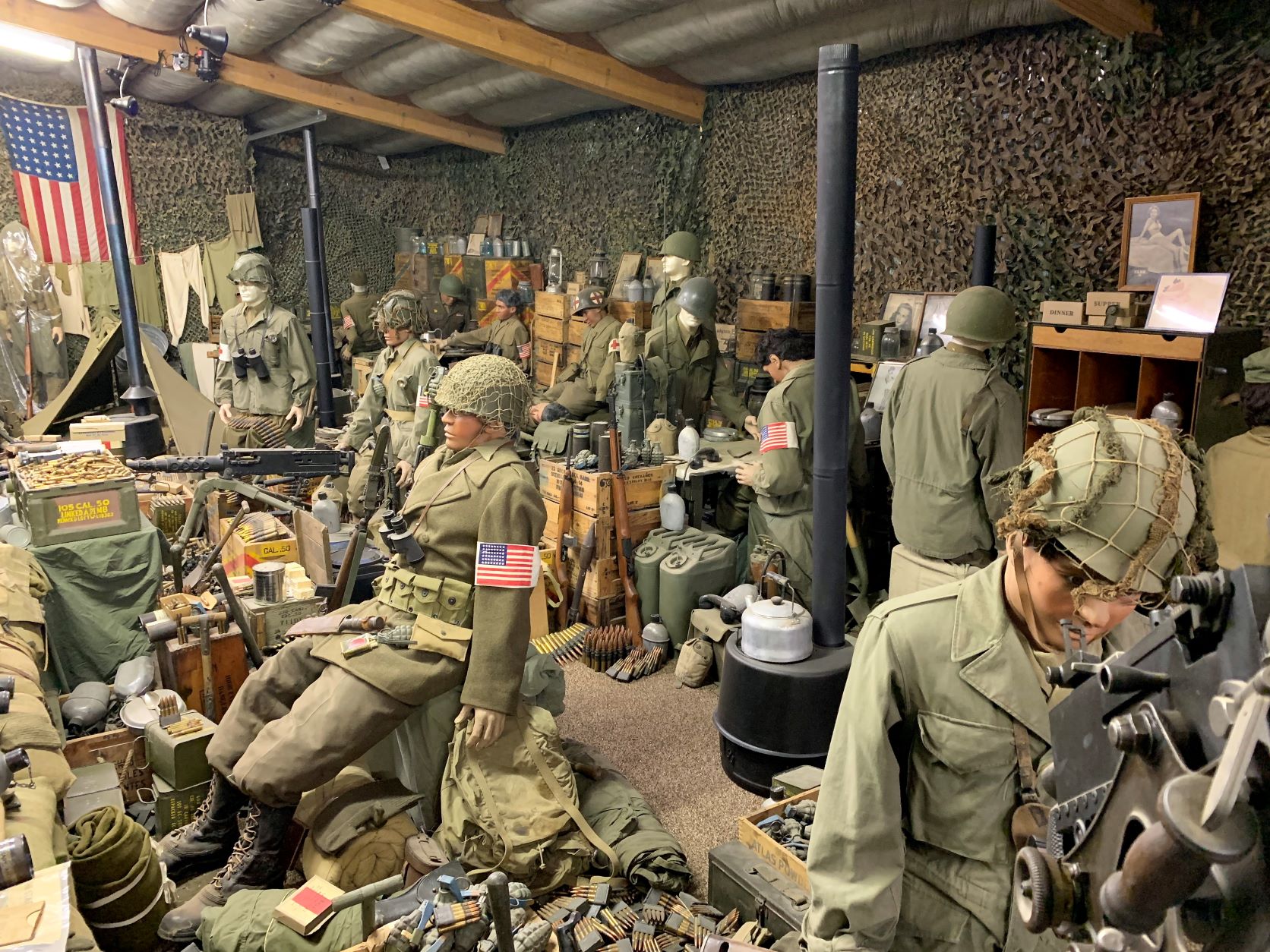 He claimed that his collection was 100% authentic and 90% operational. 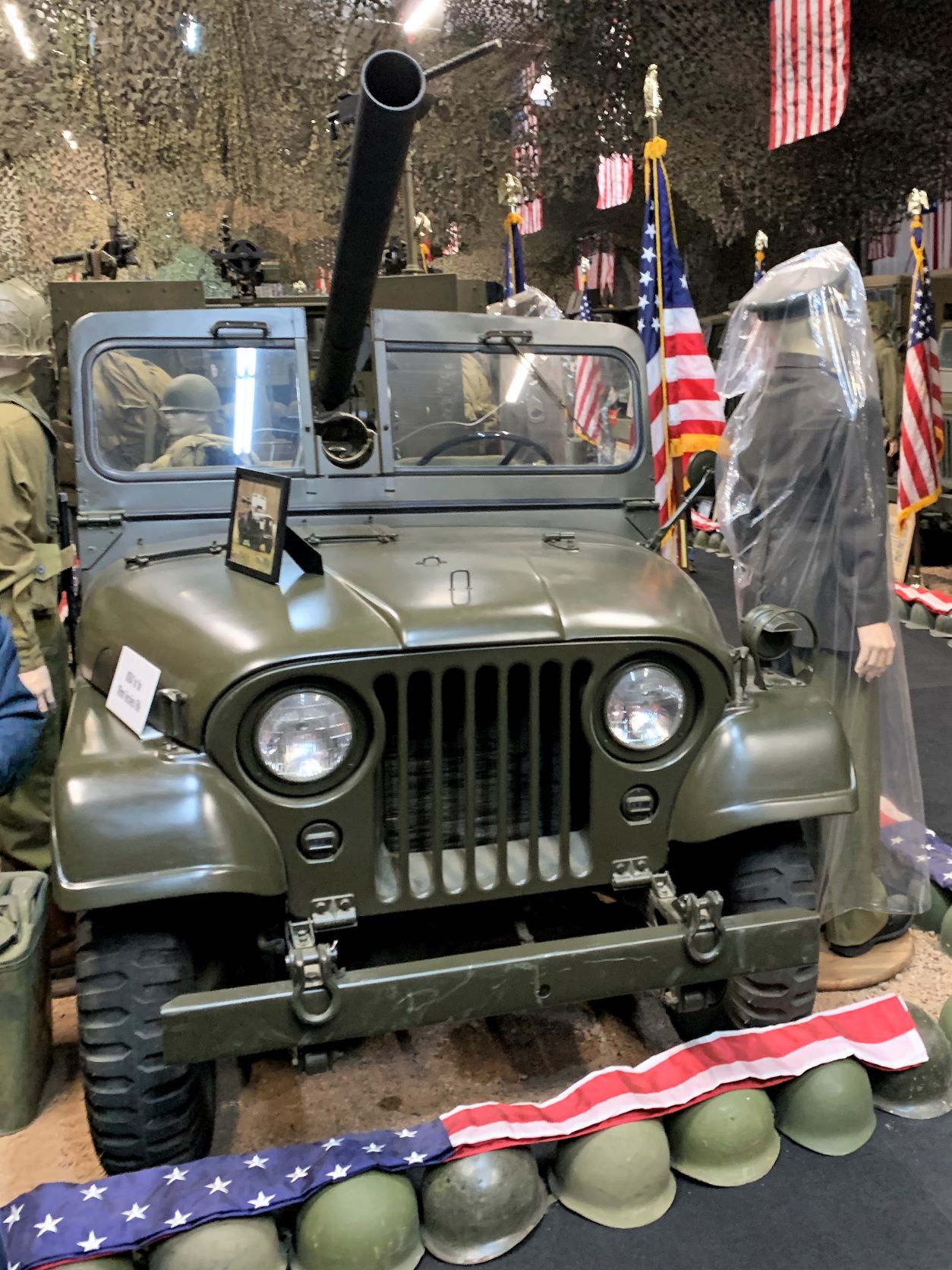 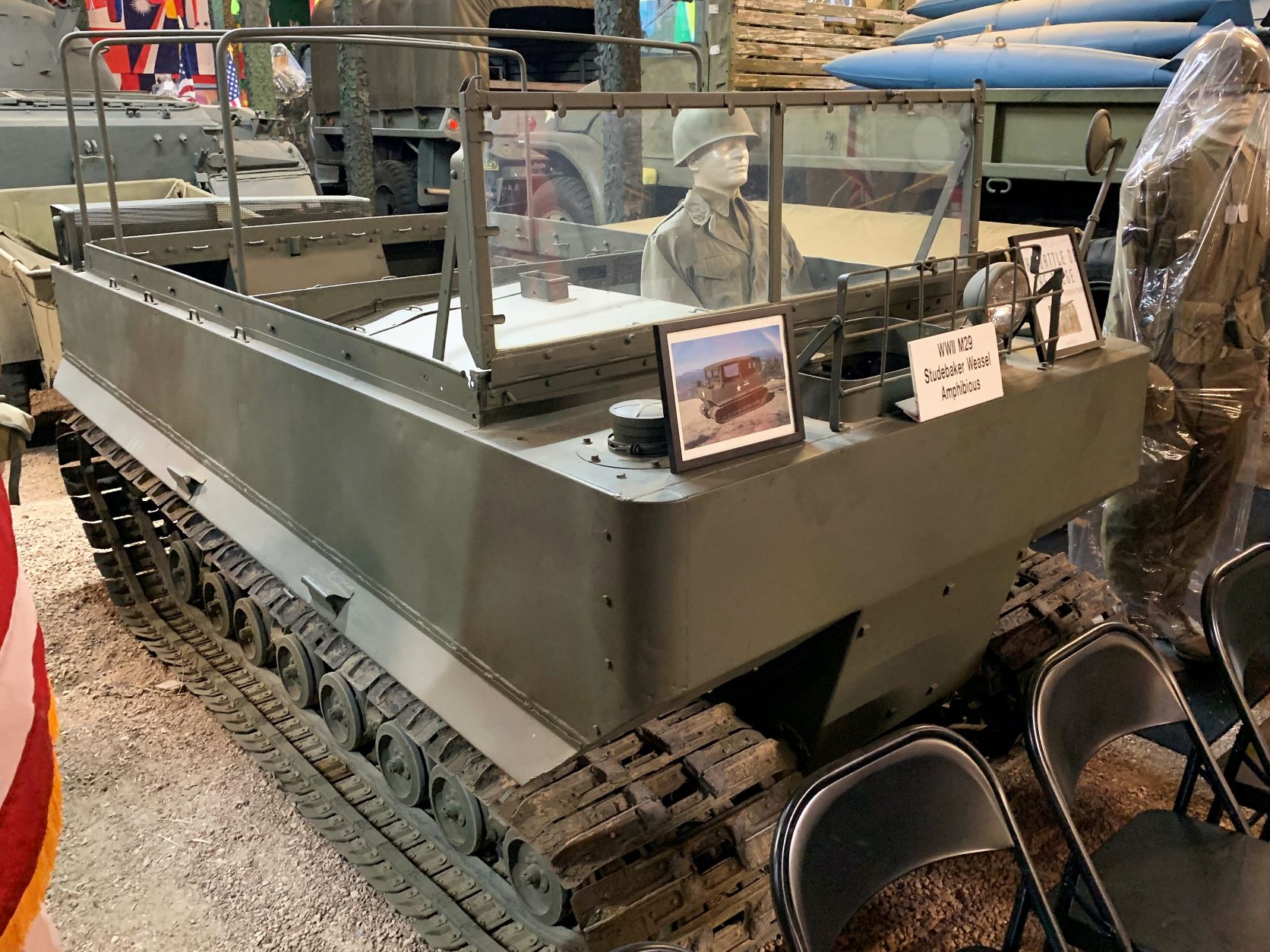 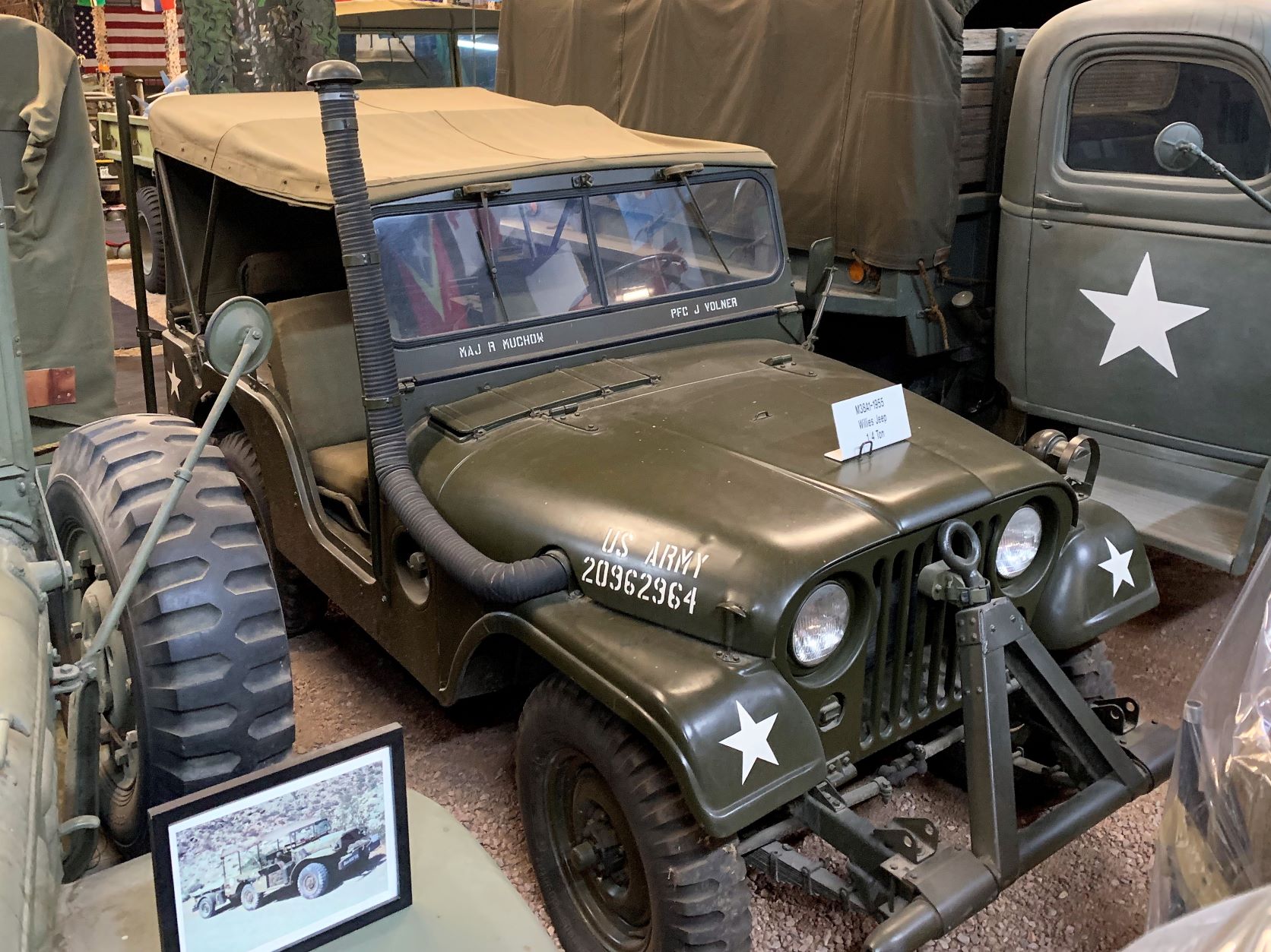 Supposedly this was Saddam Hussein’s scrapbook where he posted newspaper articles about himself. 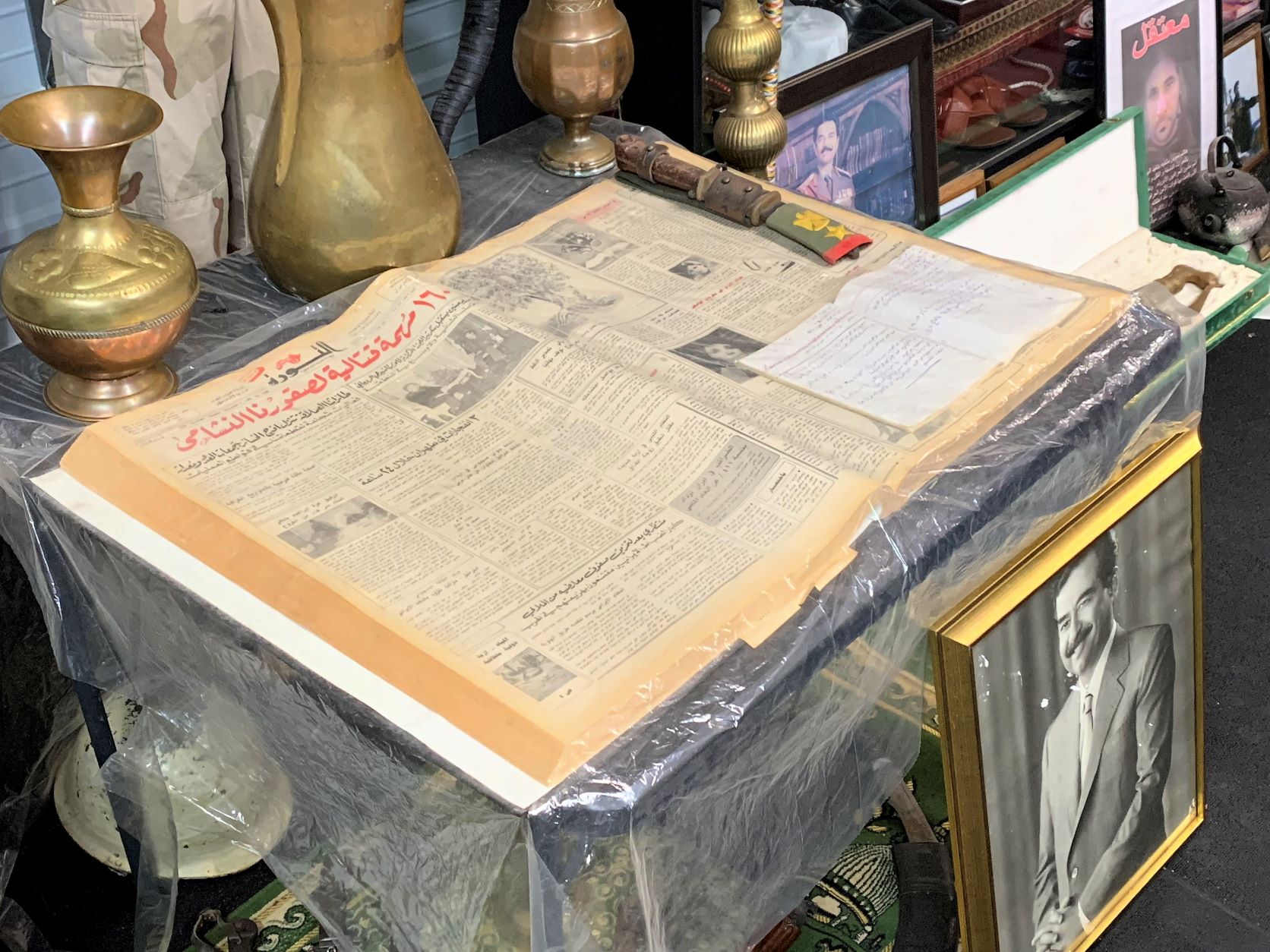 Gas masks for babies. When he listed biological weapons, he included Covid 19. 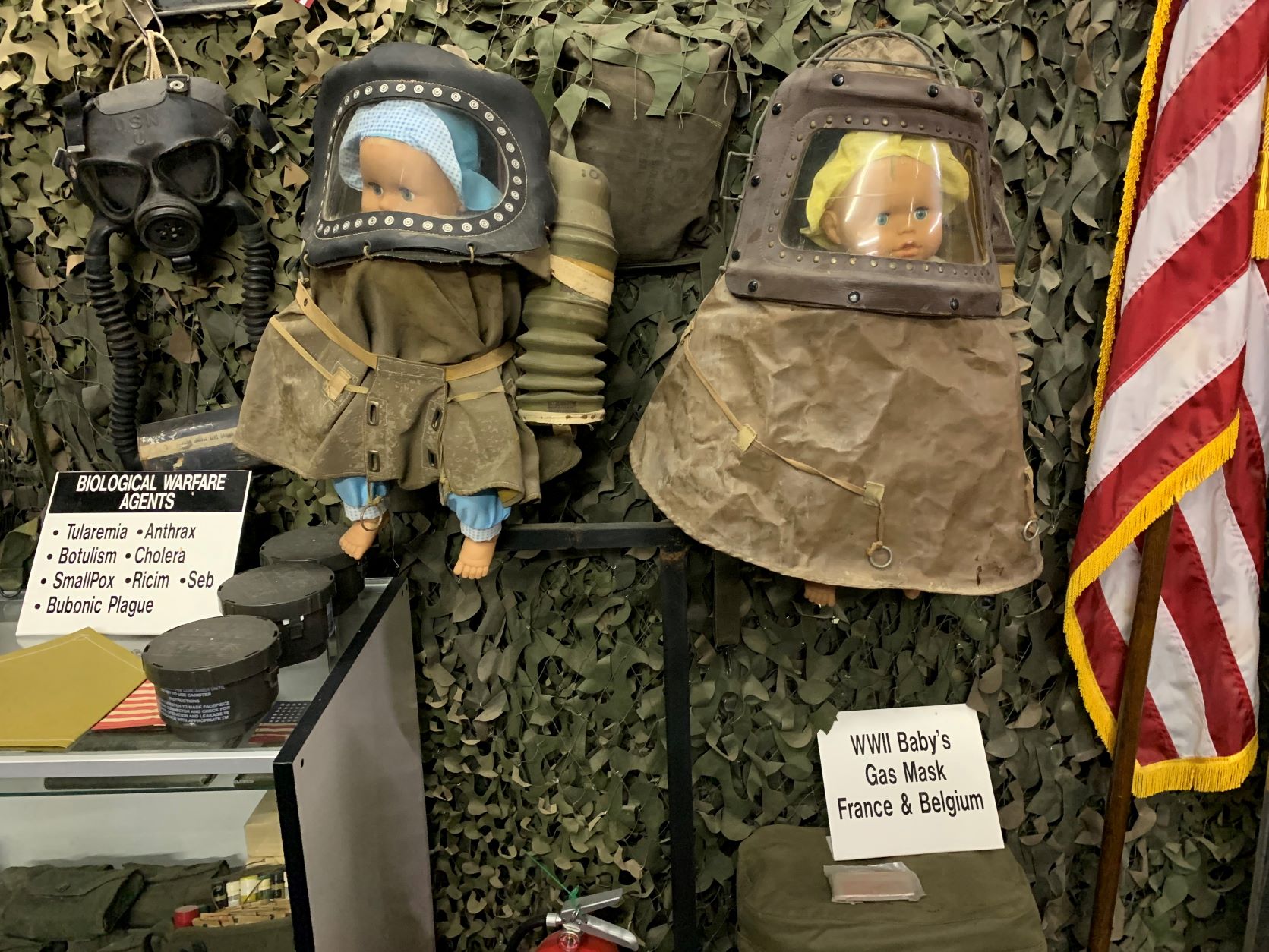 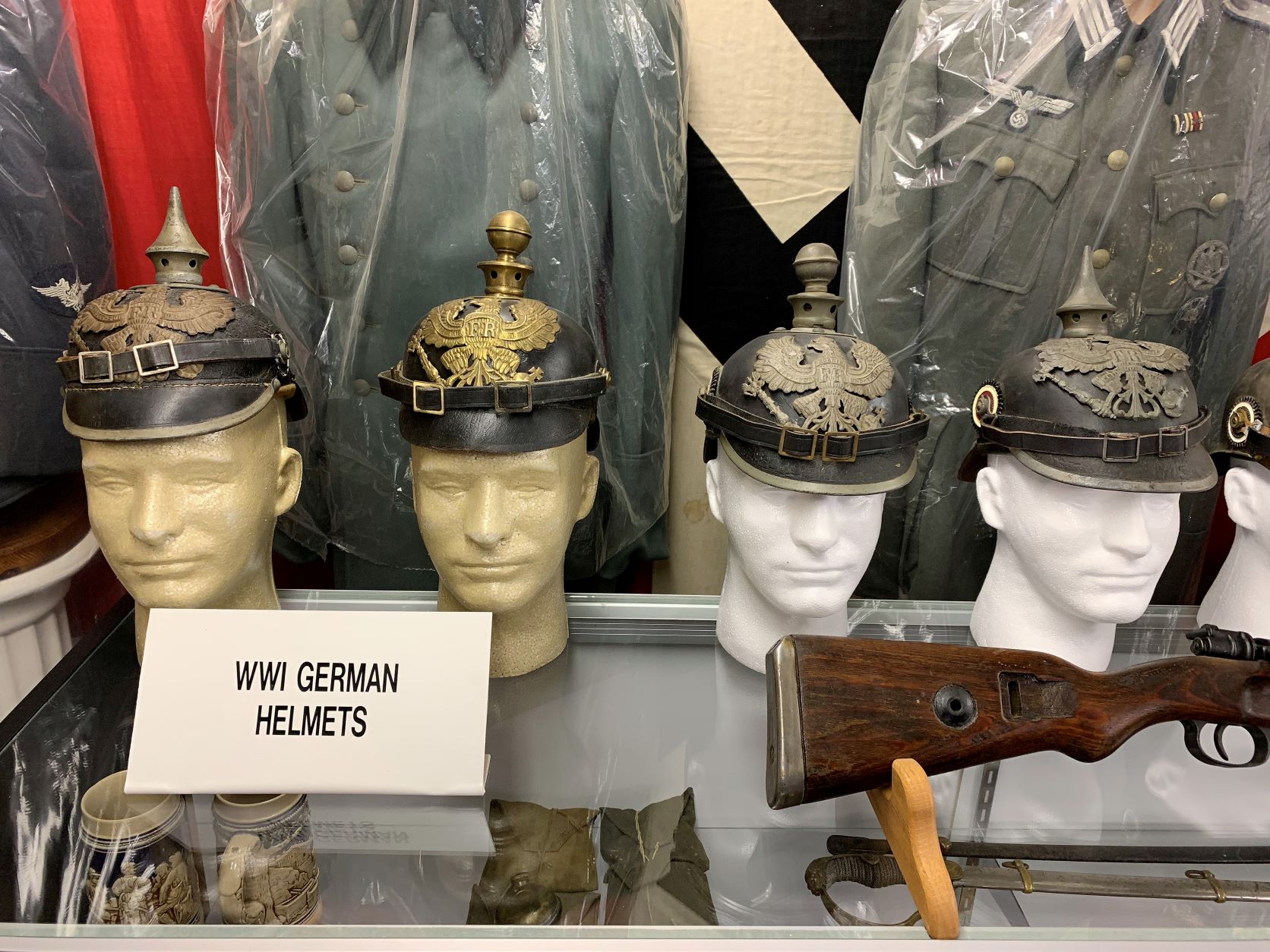 The item on the bottom is a belt buckle gun that actually works. On top are wooden bullets, used by the Germans for practice. 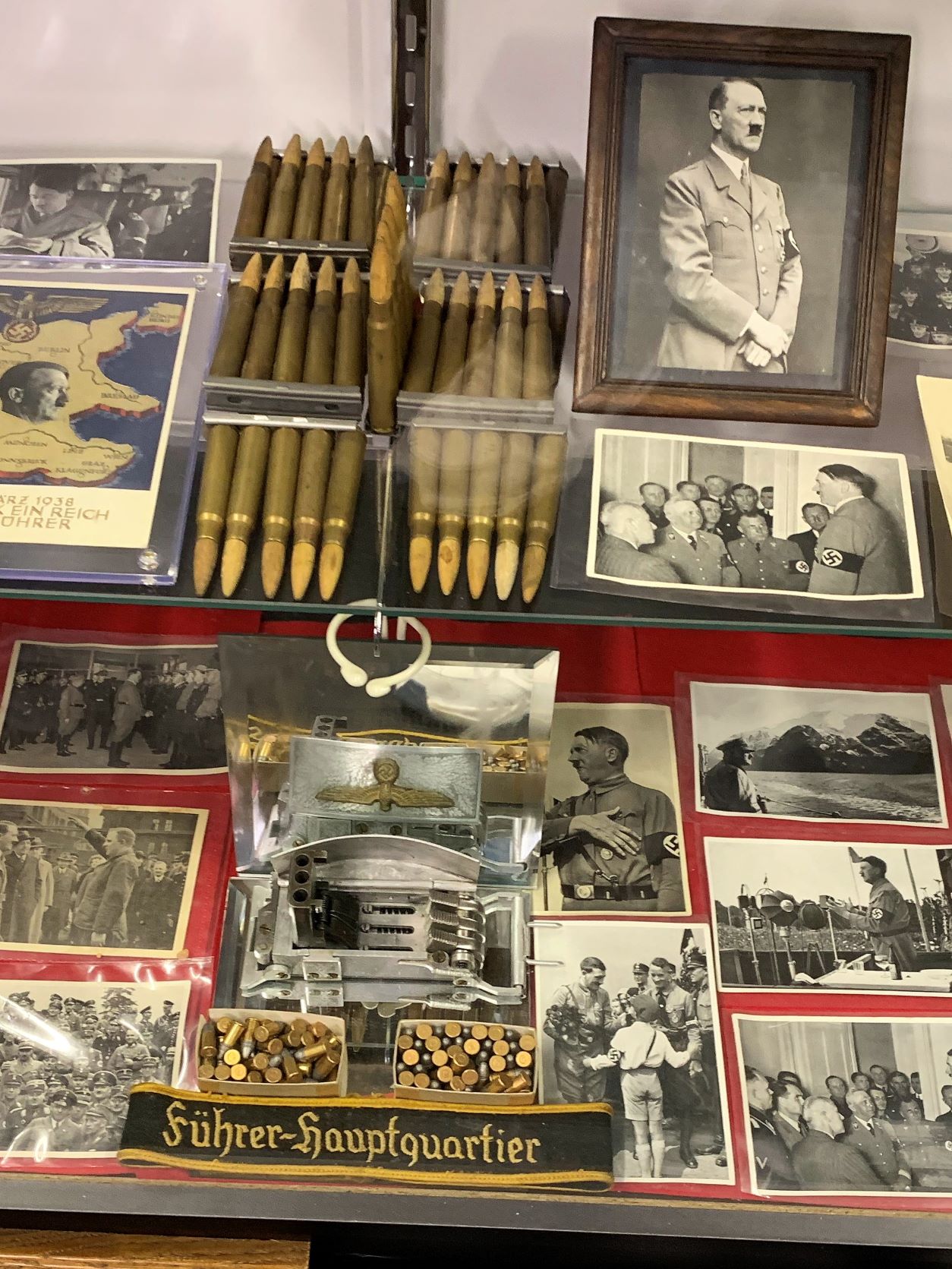 Items from the Holocaust. 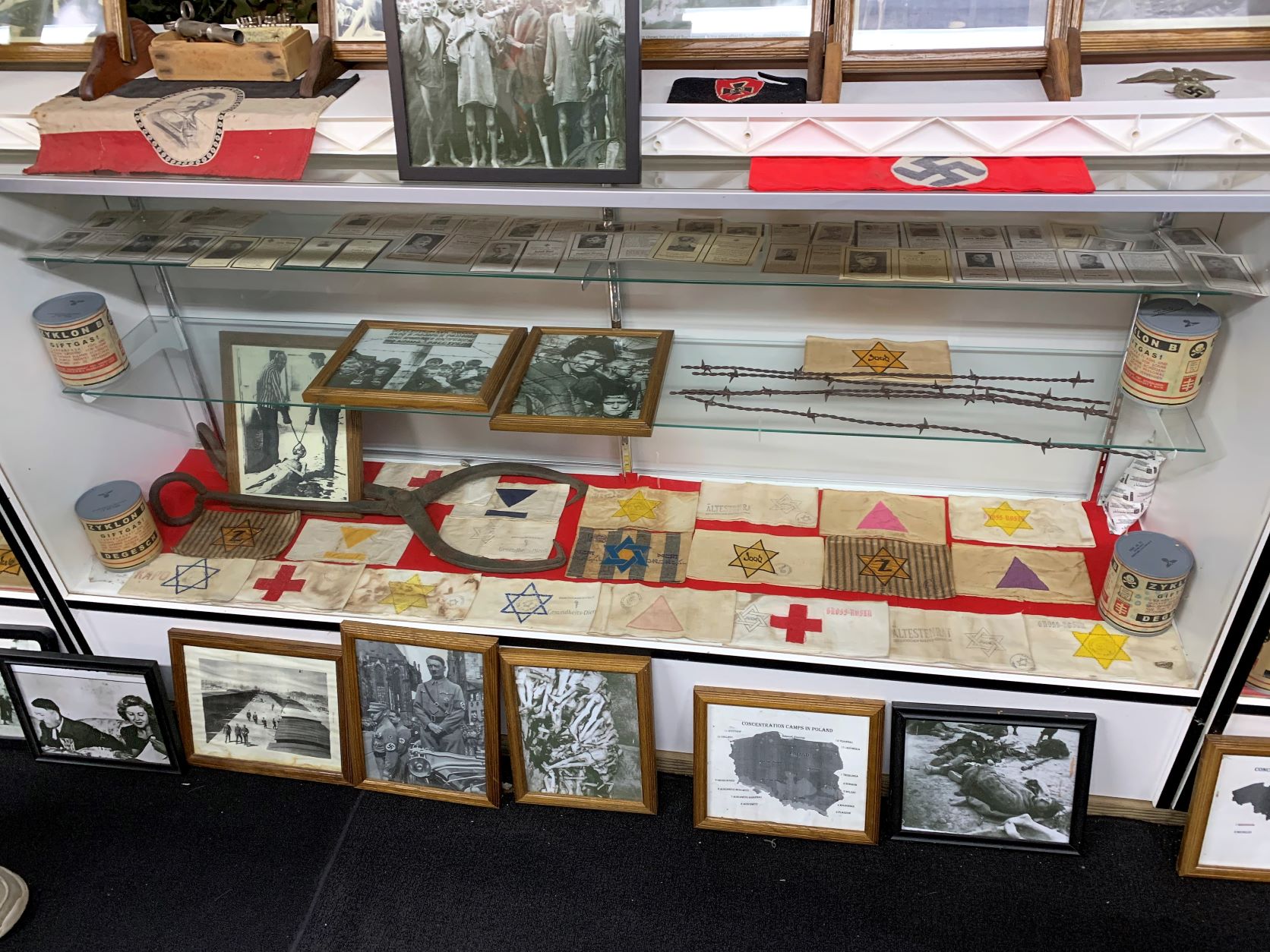 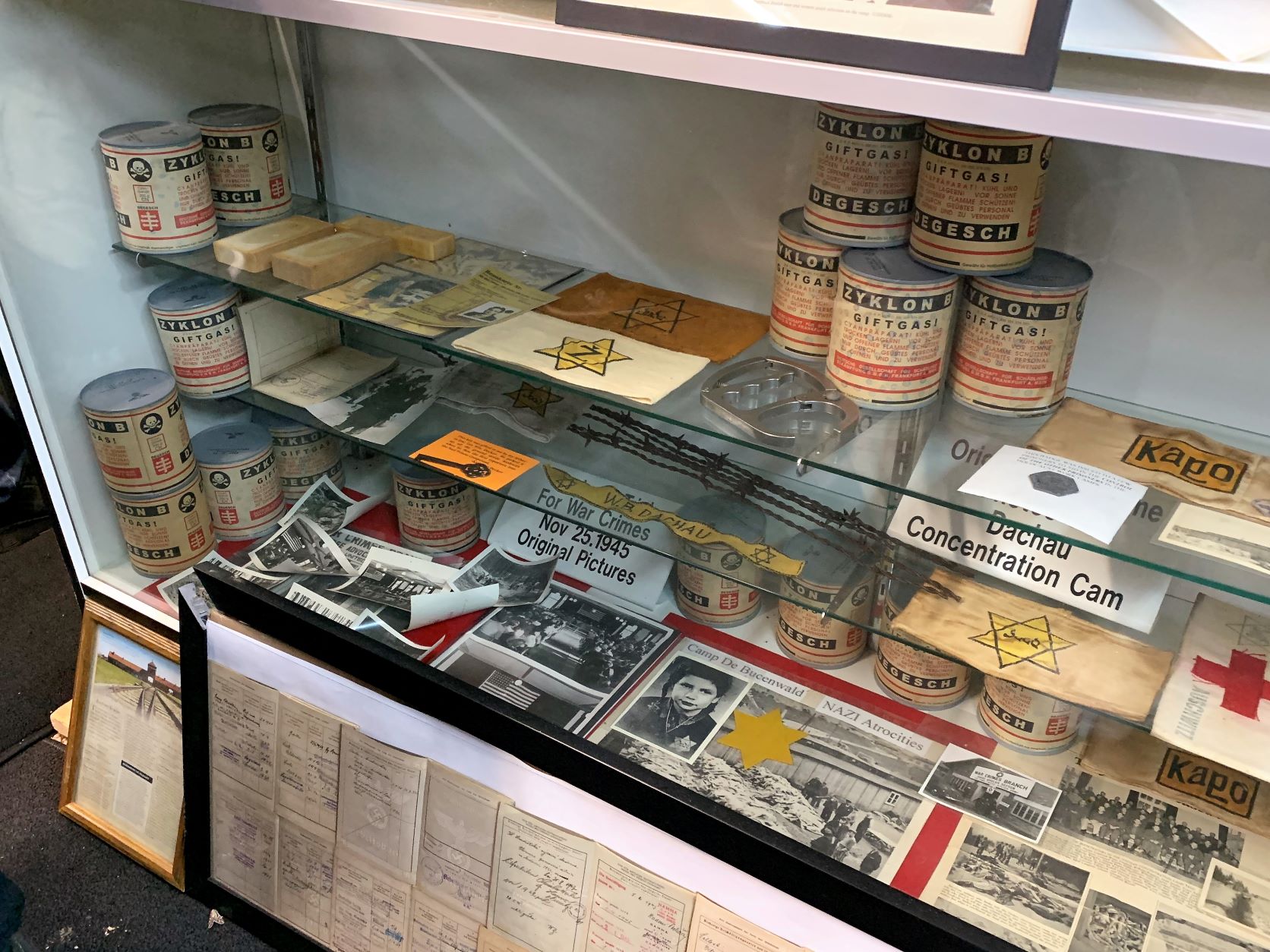 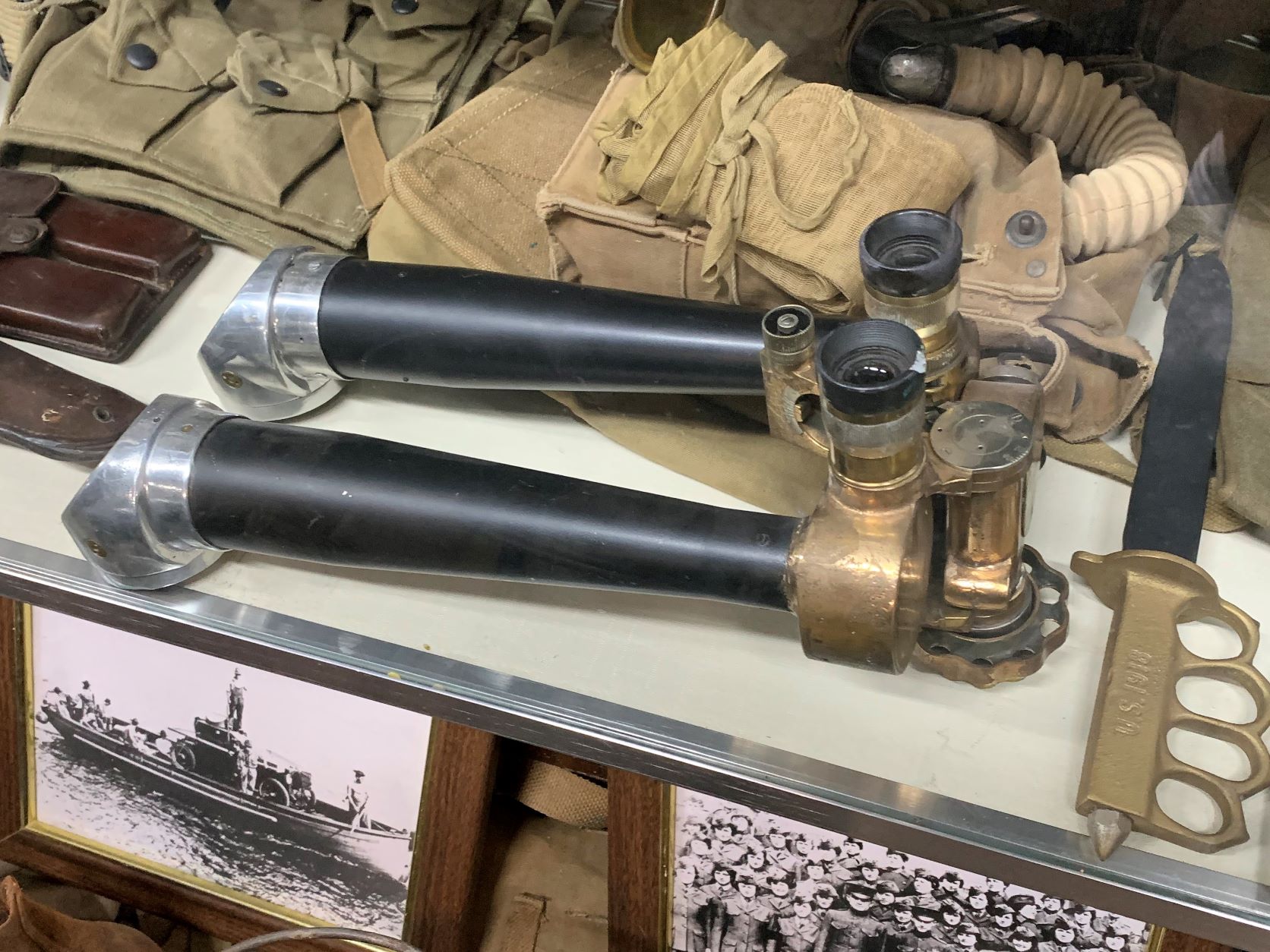 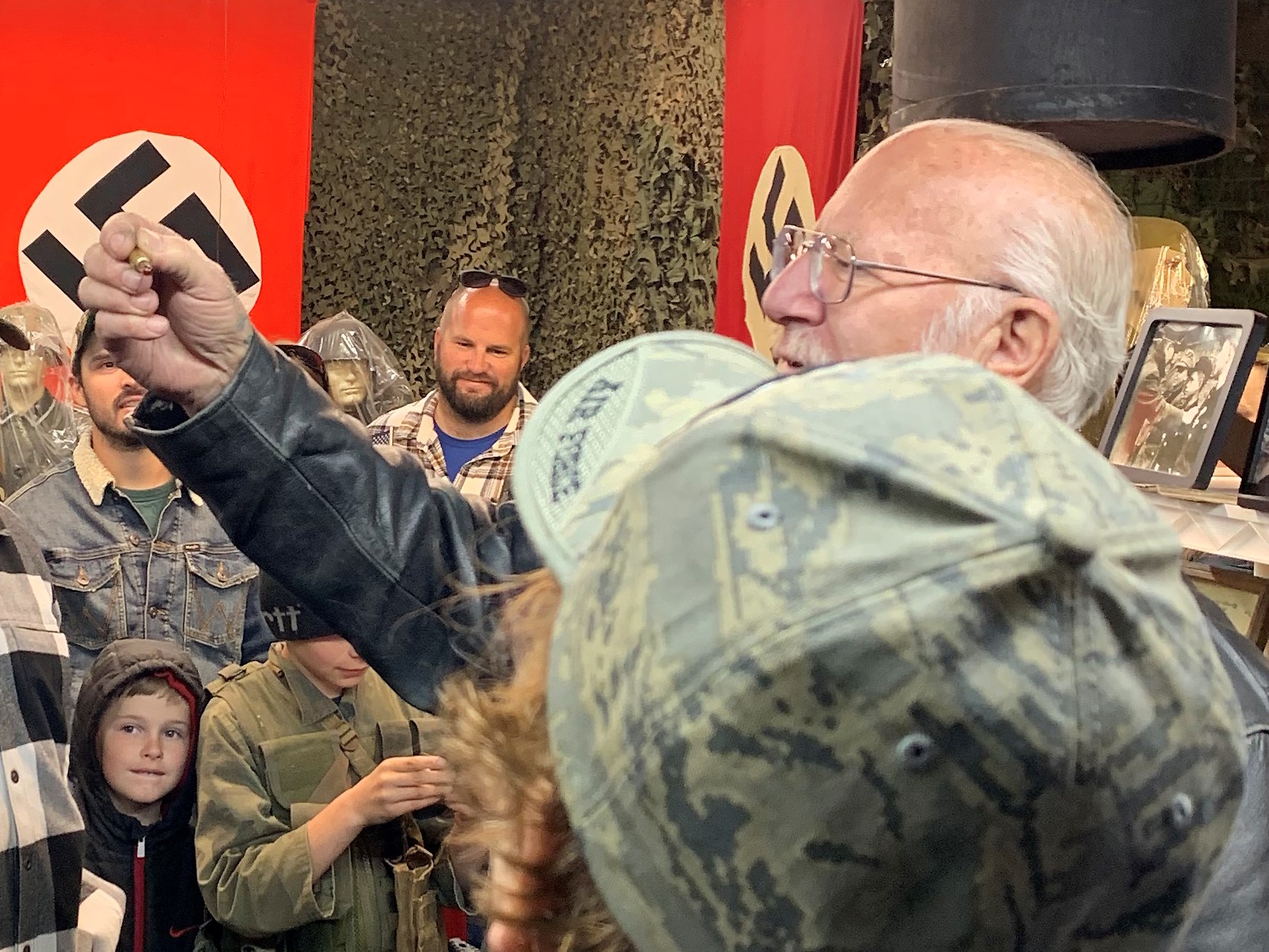 A single-use gun dropped behind lines for the resistance. 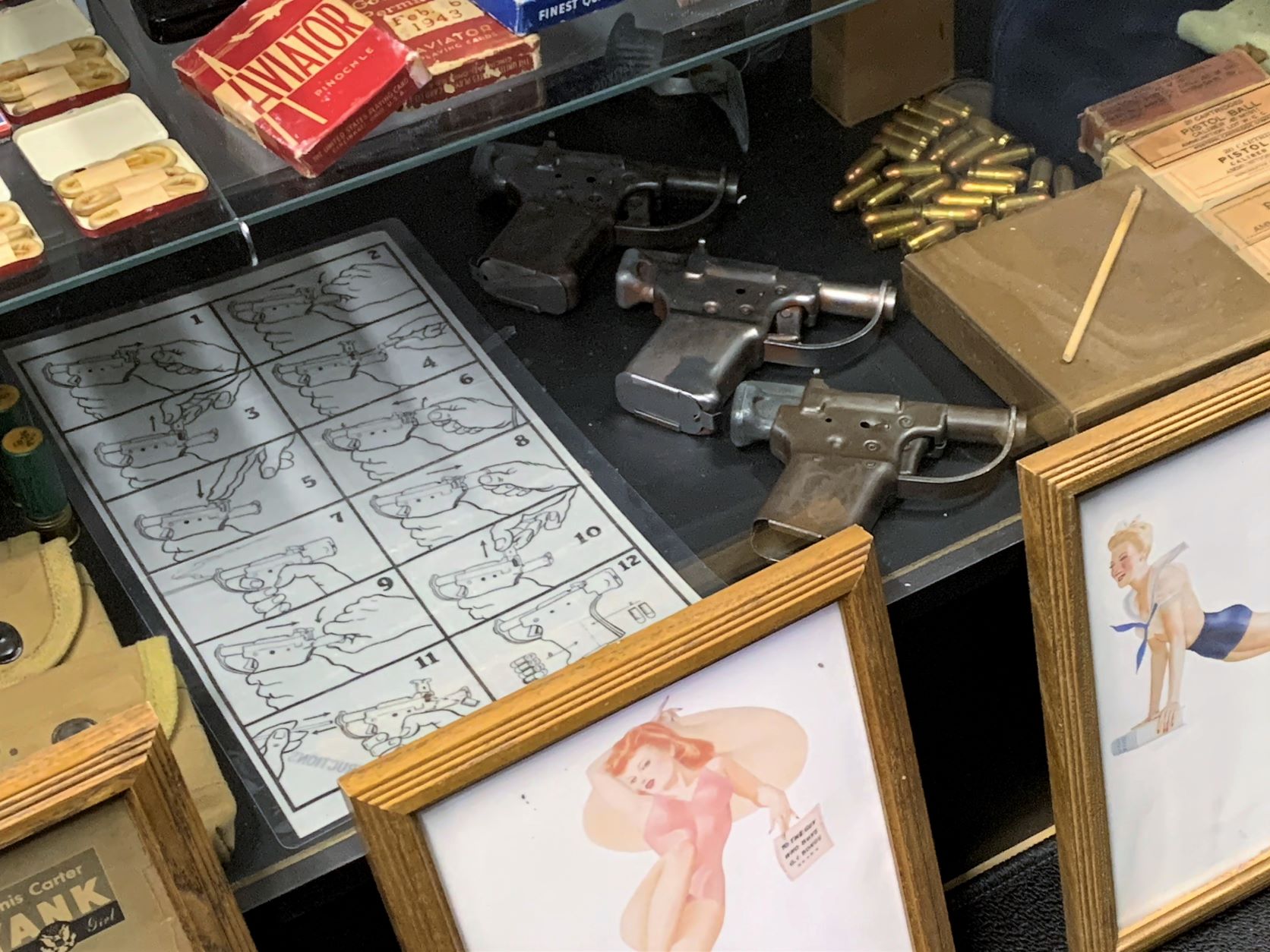 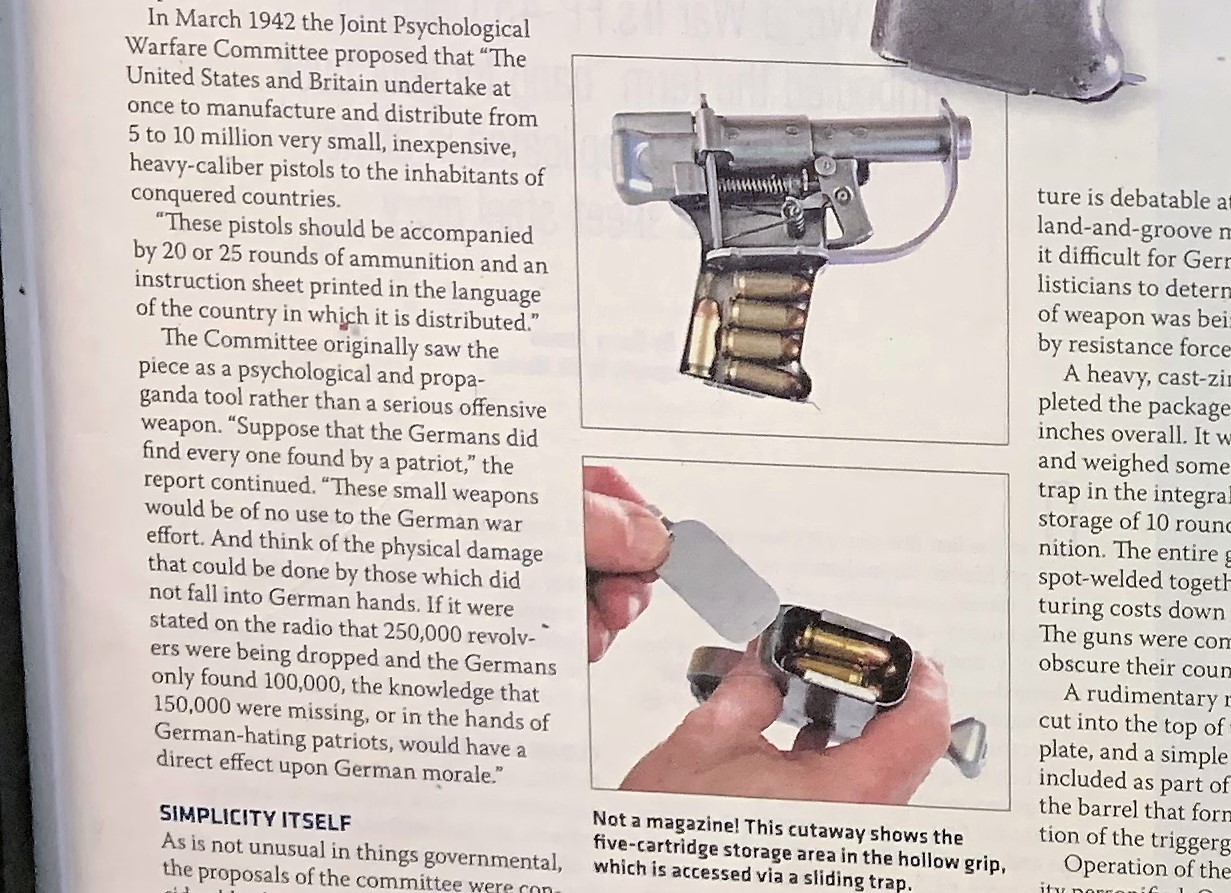 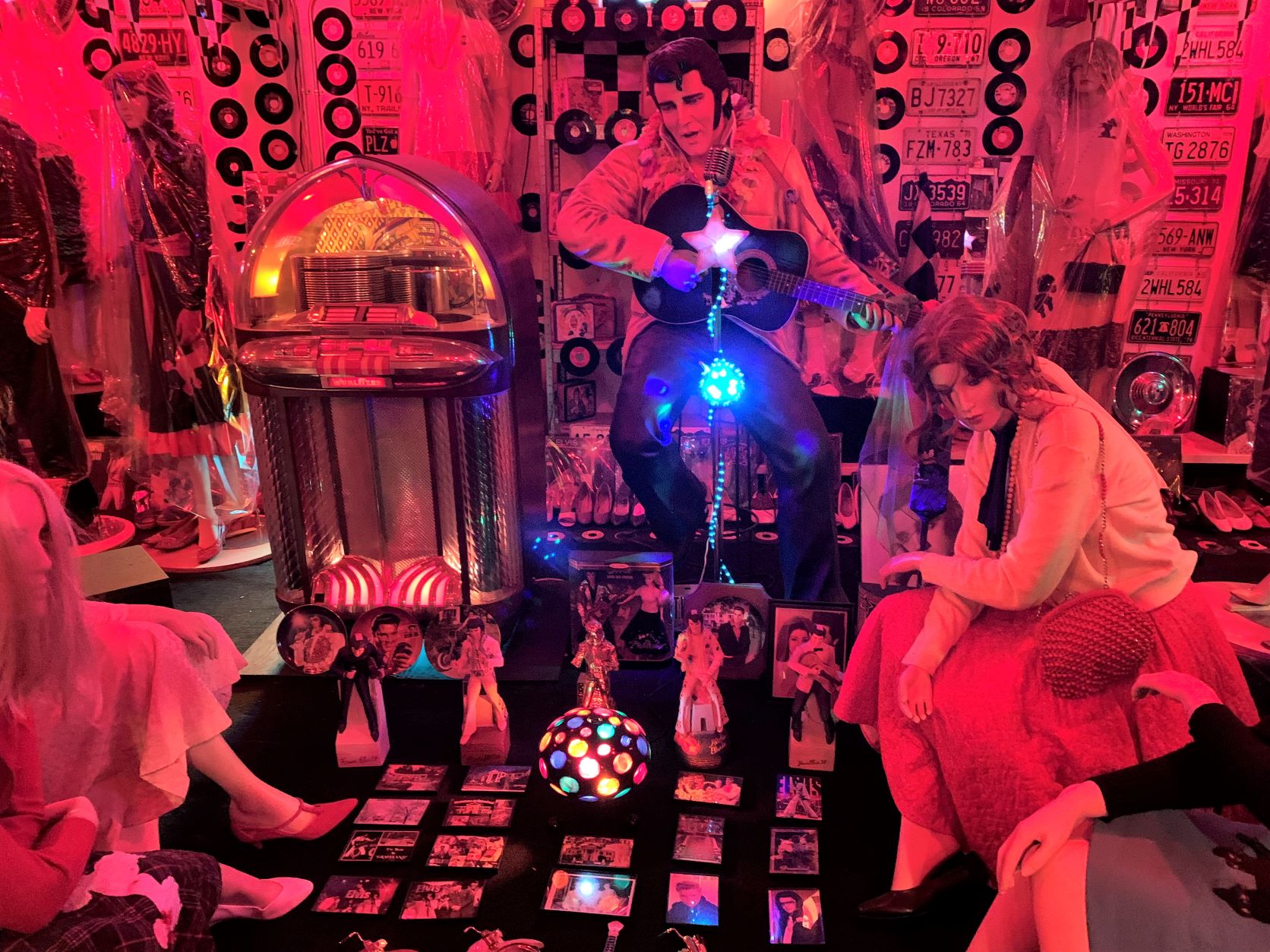 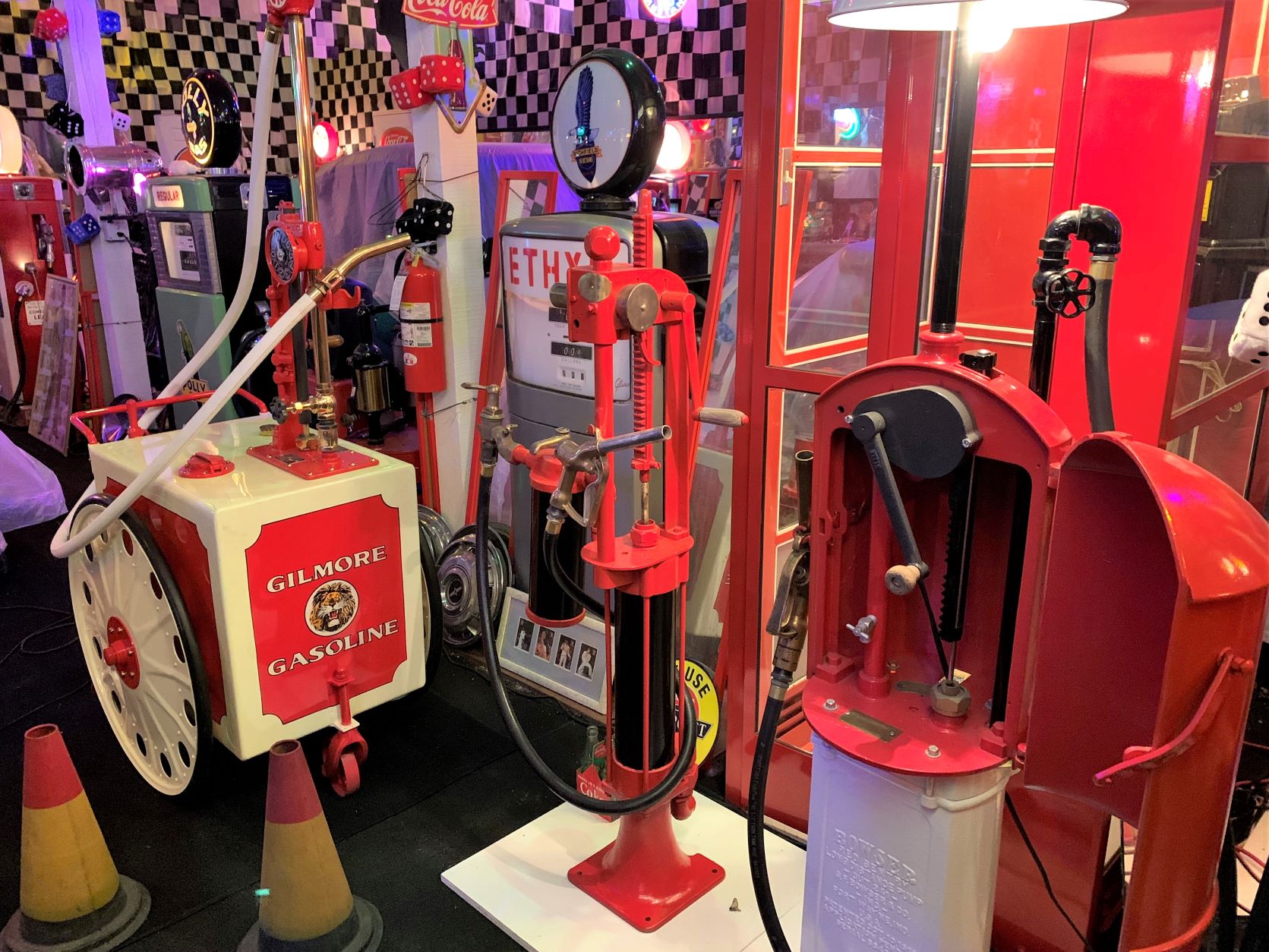