On Sunday morning, Punxsutawney Phil predicted an early spring this year. He may be on to something. It reached the mid-60°s on Saturday and almost 70° on Sunday. (On the other hand, it’s supposed to snow tomorrow and get down to -8° on Tuesday night, so what do rodents know.

I wanted to bird locally, but none of my usual spots seemed exciting. I decided to try a place I’d never been—Bluestem Prairie, south of the Colorado Springs Airport. The prairie circles Big Johnson Reservoir. Another birder told me the water had been drained out of the reservoir recently and whoever takes care of these things had just started letting the water back in. It’s happening fast. I visited on Saturday morning, briefly again on Saturday afternoon, and a third time early Sunday afternoon. I could see a decided difference in the water level from  Saturday morning to Sunday afternoon.

I’m guessing the water is uprooting the local rodent population, because there were a lot of hawks around. At one point I counted 14 hawks and two eagles in view at once, and I’m sure there were many more that were down in the grass pursuing or eating prey.

Most of the hawks were Red-tails, including one that was so pale I suspect it may be the Krider’s subspecies. Who knows how many Northern Harriers were around? There was at least one in view almost all the time. I picked out at least one juvenile Rough-legged Hawk sitting down in the reeds. I thought I saw a juvenile Ferruginous Hawk on Saturday morning but I just couldn’t pull the trigger and list it because it was so far away. I know I saw an adult dark-phase and an adult light-phase bird circling overhead at different times on Sunday.

A fair number of several species of ducks were on the reservoir—water is so scarce out here that it doesn’t take ducks and geese long to find it. On Sunday, I walked about 5 miles in the prairie and finally chased down and photographed a lone Lapland Longspur hanging with a flock of about 30 Horned Larks. I hadn’t seen a Lapland Longspur since 2002, so this was the highlight for me, even though the hawks were very cool to see. 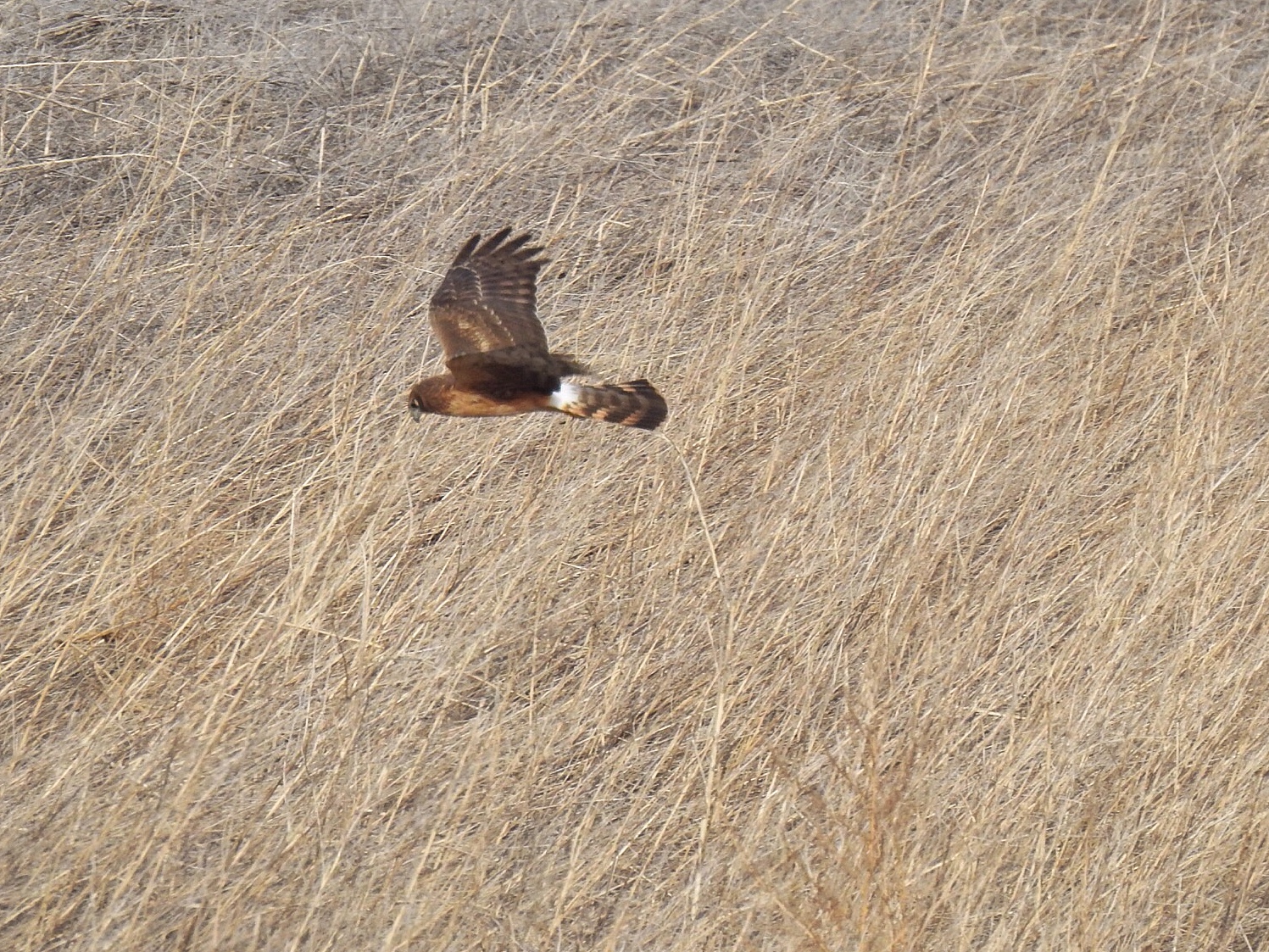 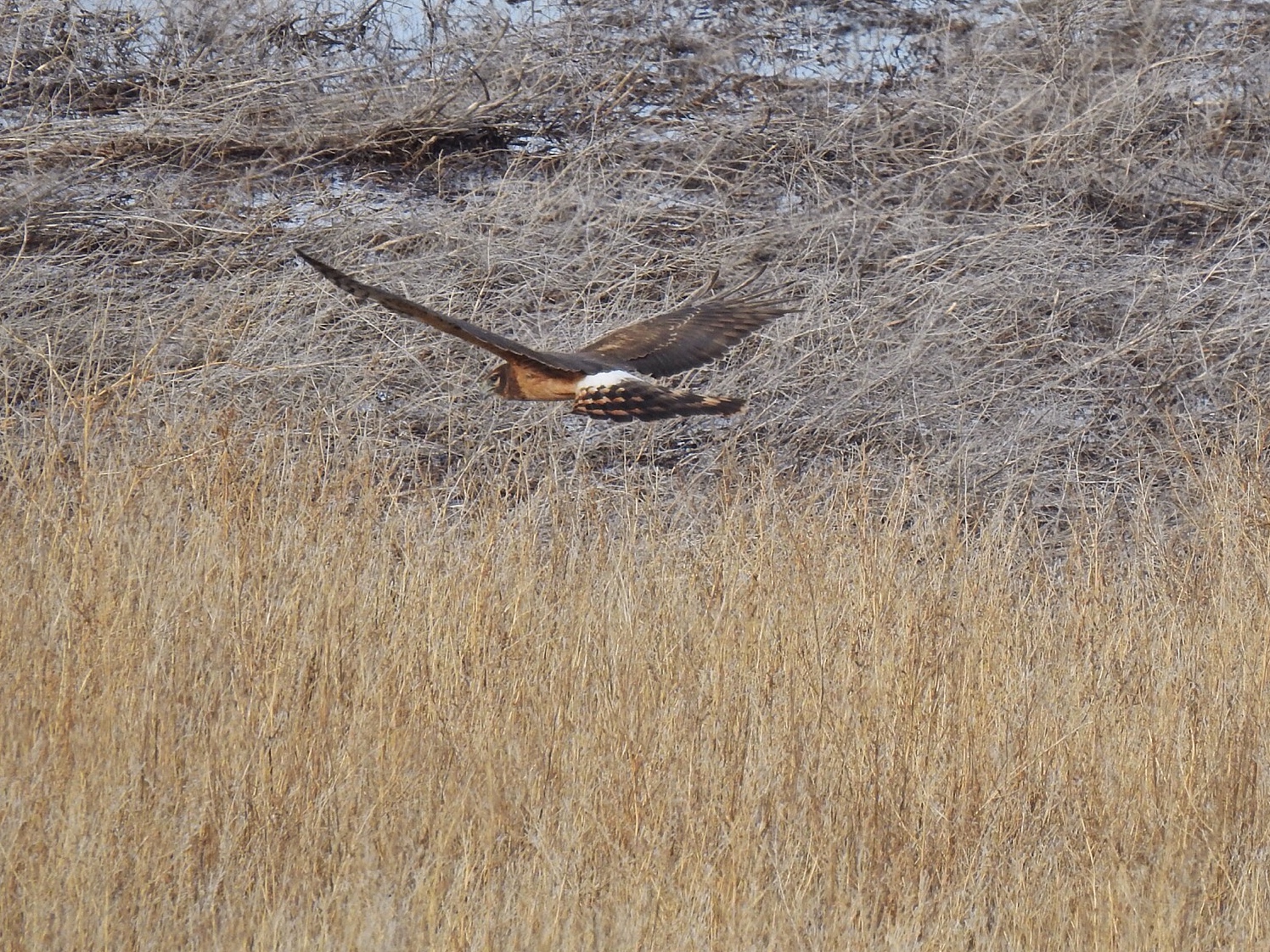 A dark-phase Ferruginous Hawk. There’s quite a bit of this bird on the video below. 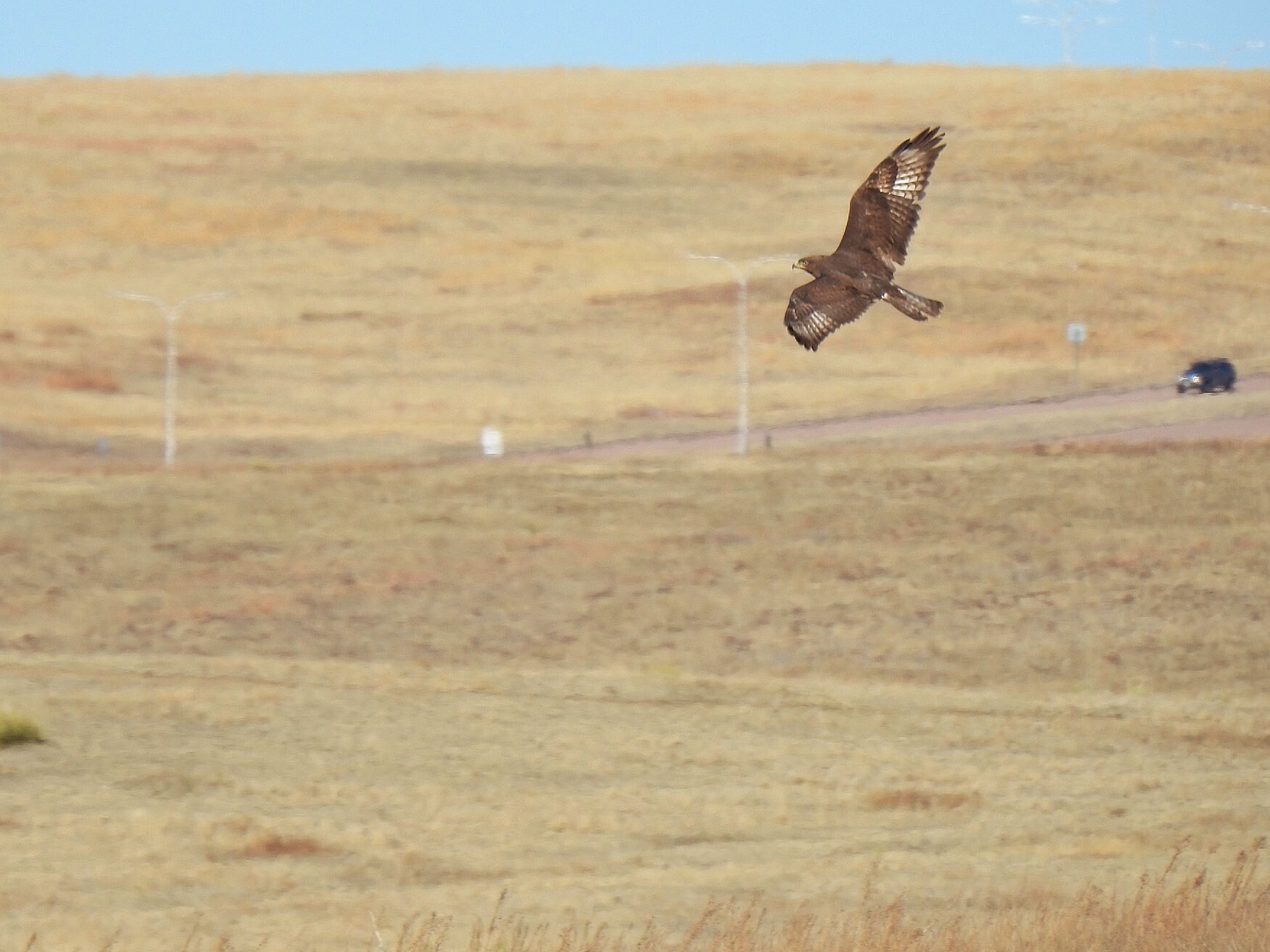 A Red-tailed Hawk. I’m not sure if this one is pale enough to be considered a juvenile Krider’s subspecies, but I’m thinking maybe it is. 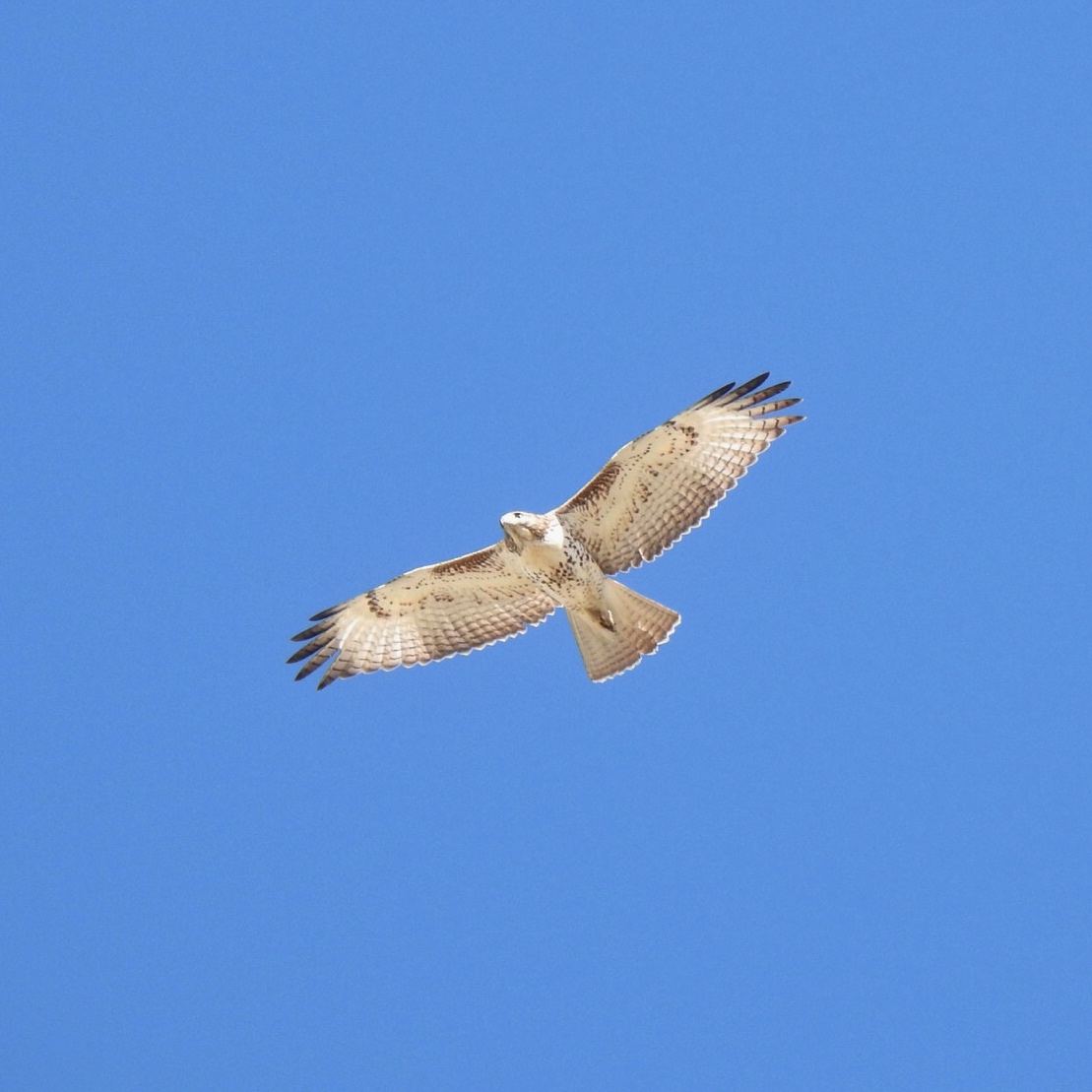 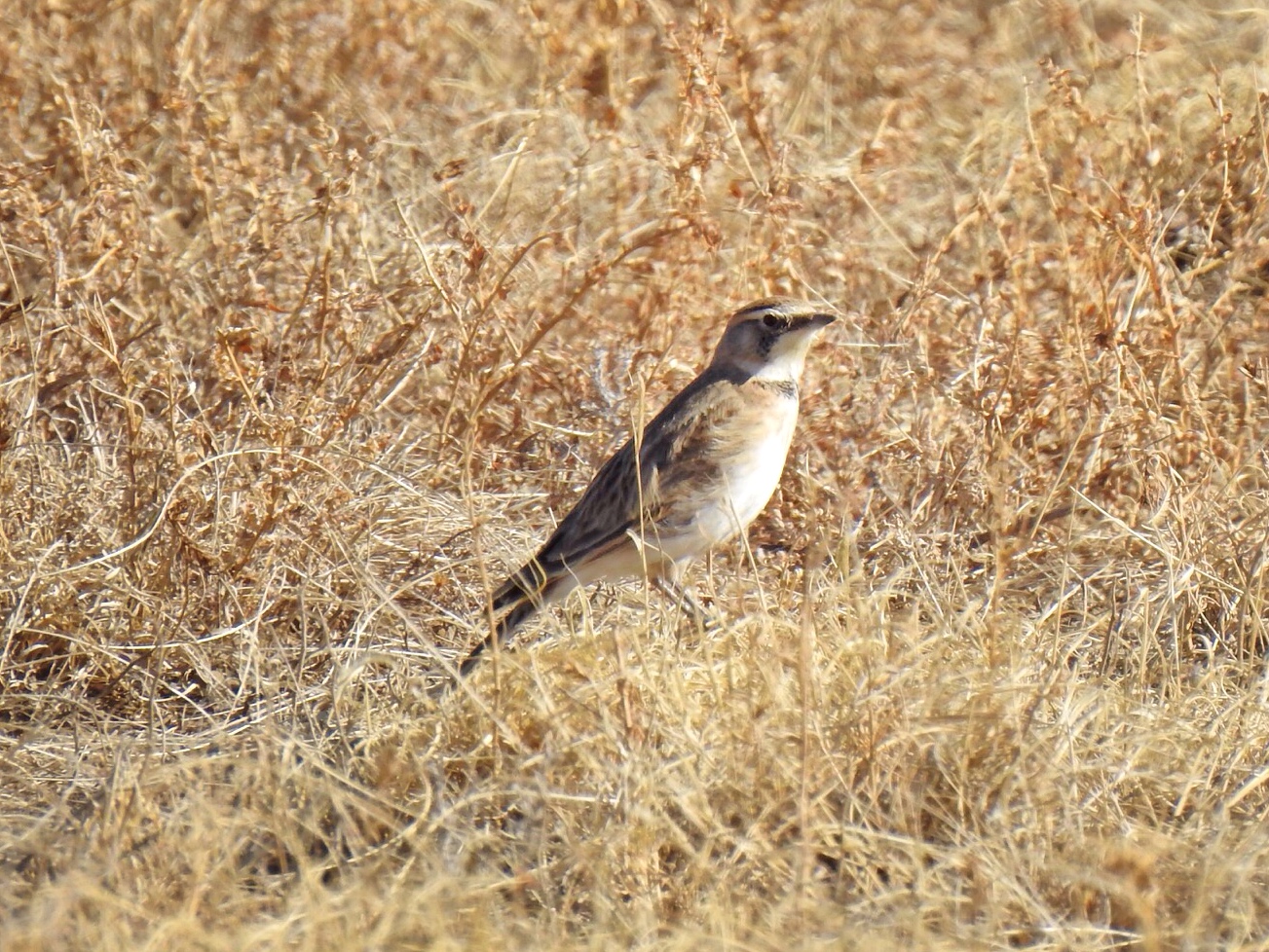 The Lapland Longspur. Check out those rear claws! 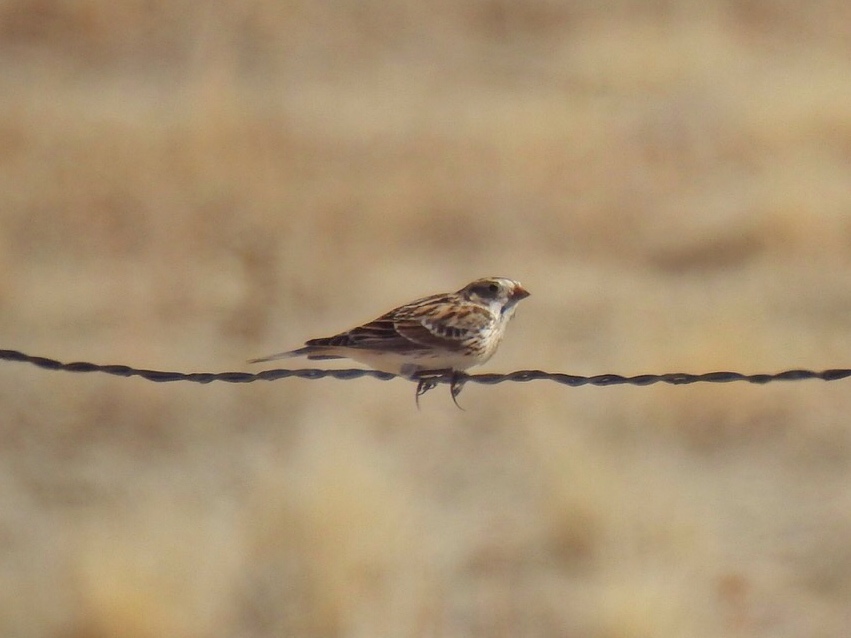 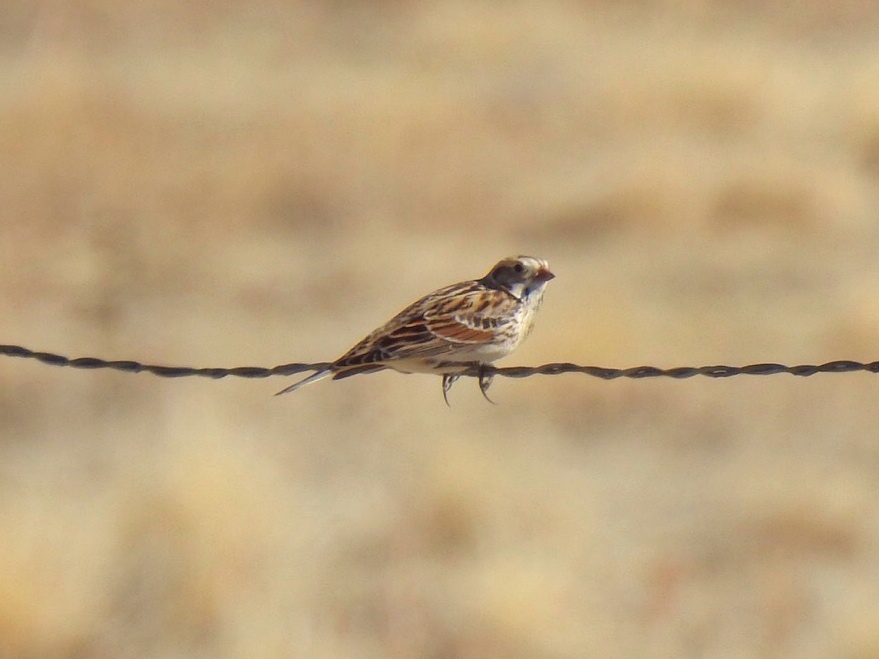 Here’s the longspur on the ground. In the third photo, it’s with a Horned Lark. 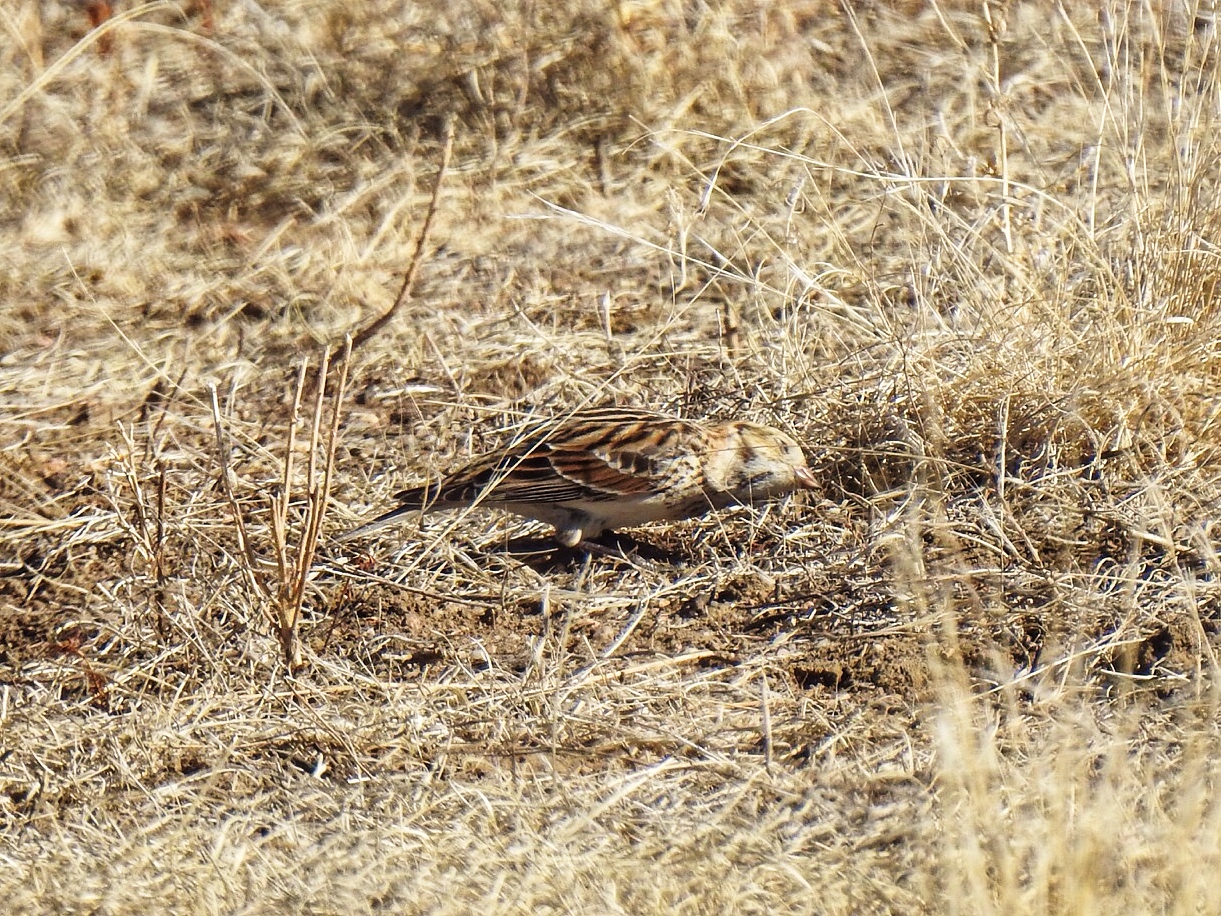 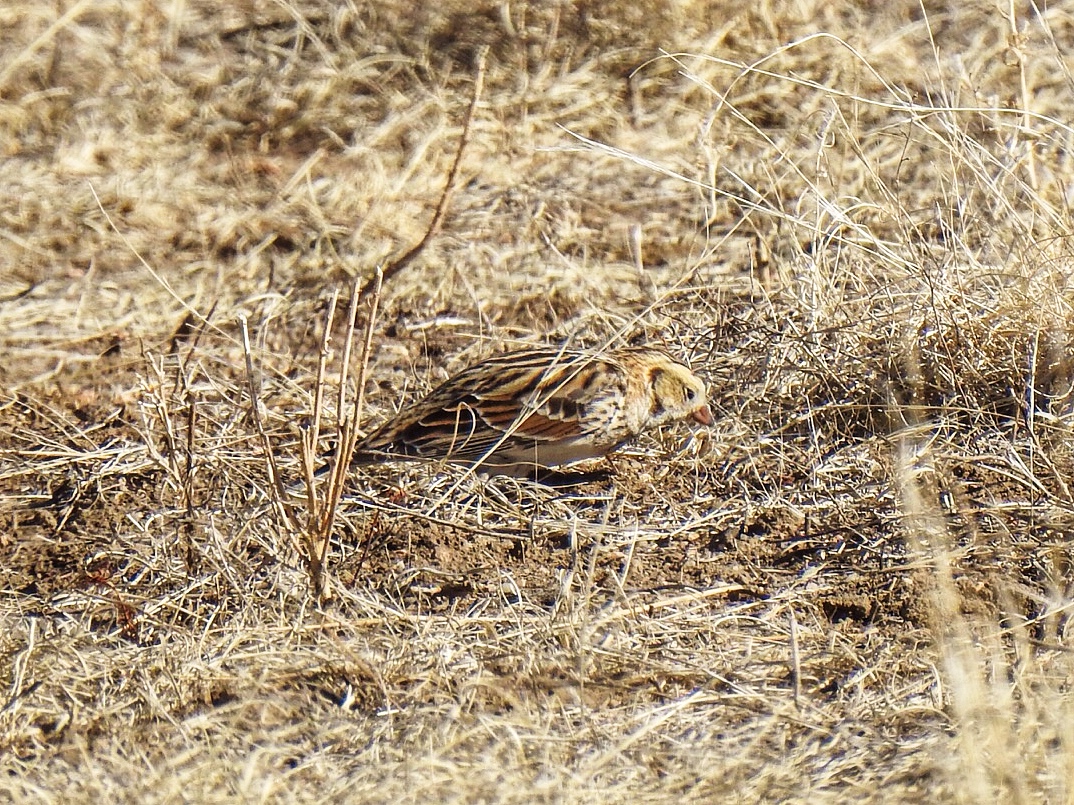 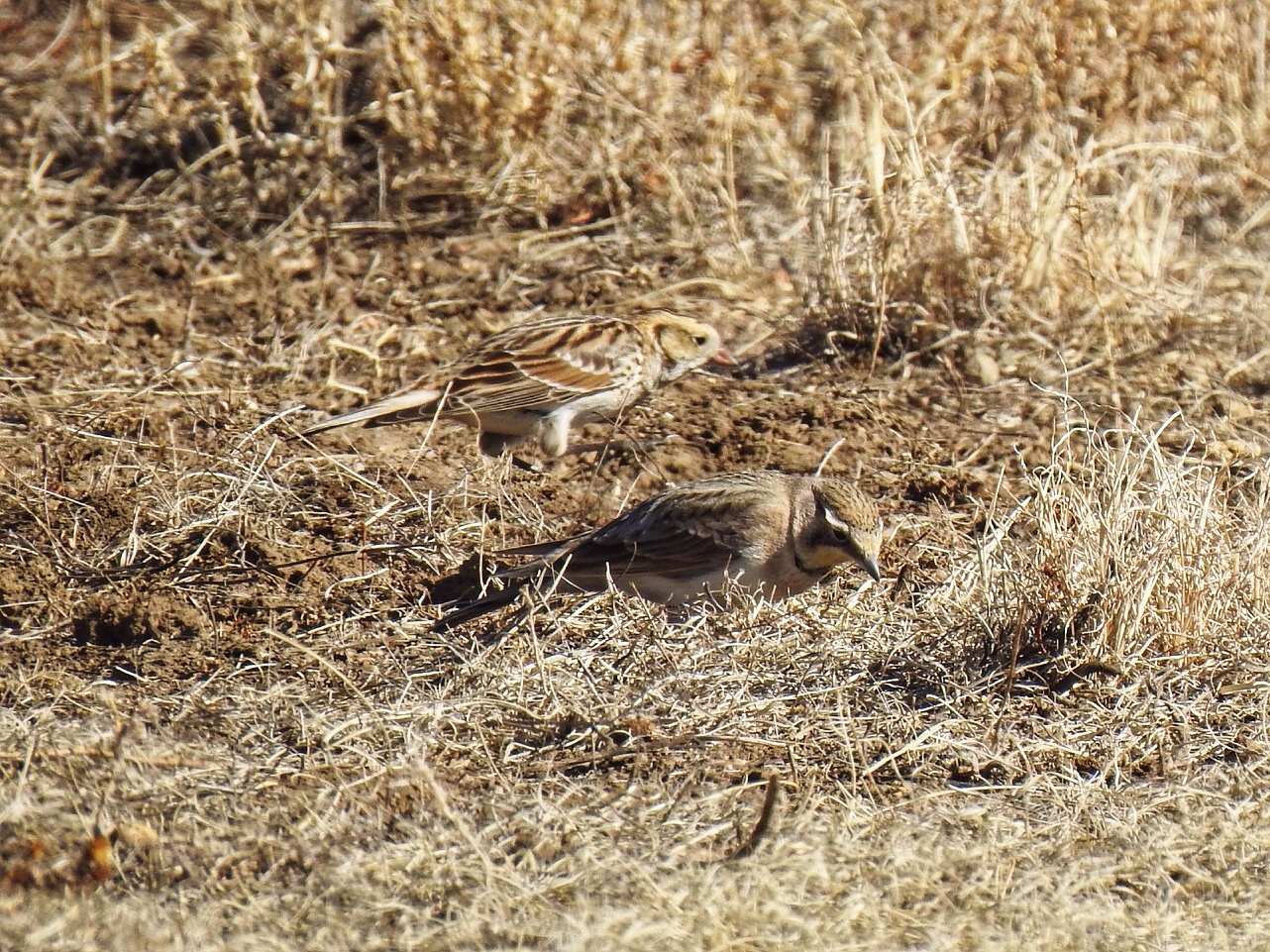 There were also a handful of very tame Pronghorns and a wealth of Black-tailed Prairie Dogs. The latter were yelping at me much of the day.

I’ve heard people say that Pronghorns can’t jump fences—that they have to scooch under. I’ve seen them go under, but the video proves they can jump when they want to. 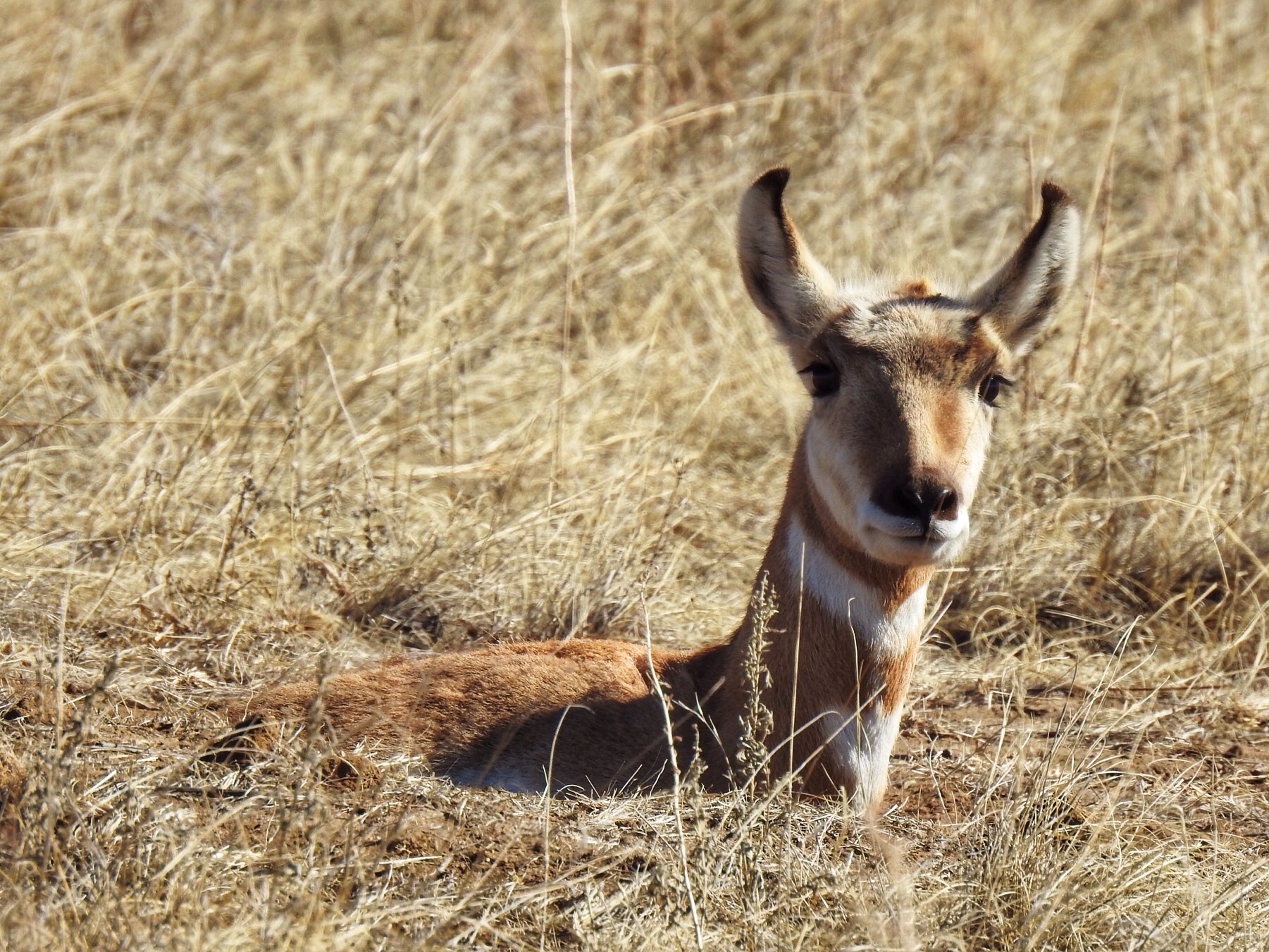 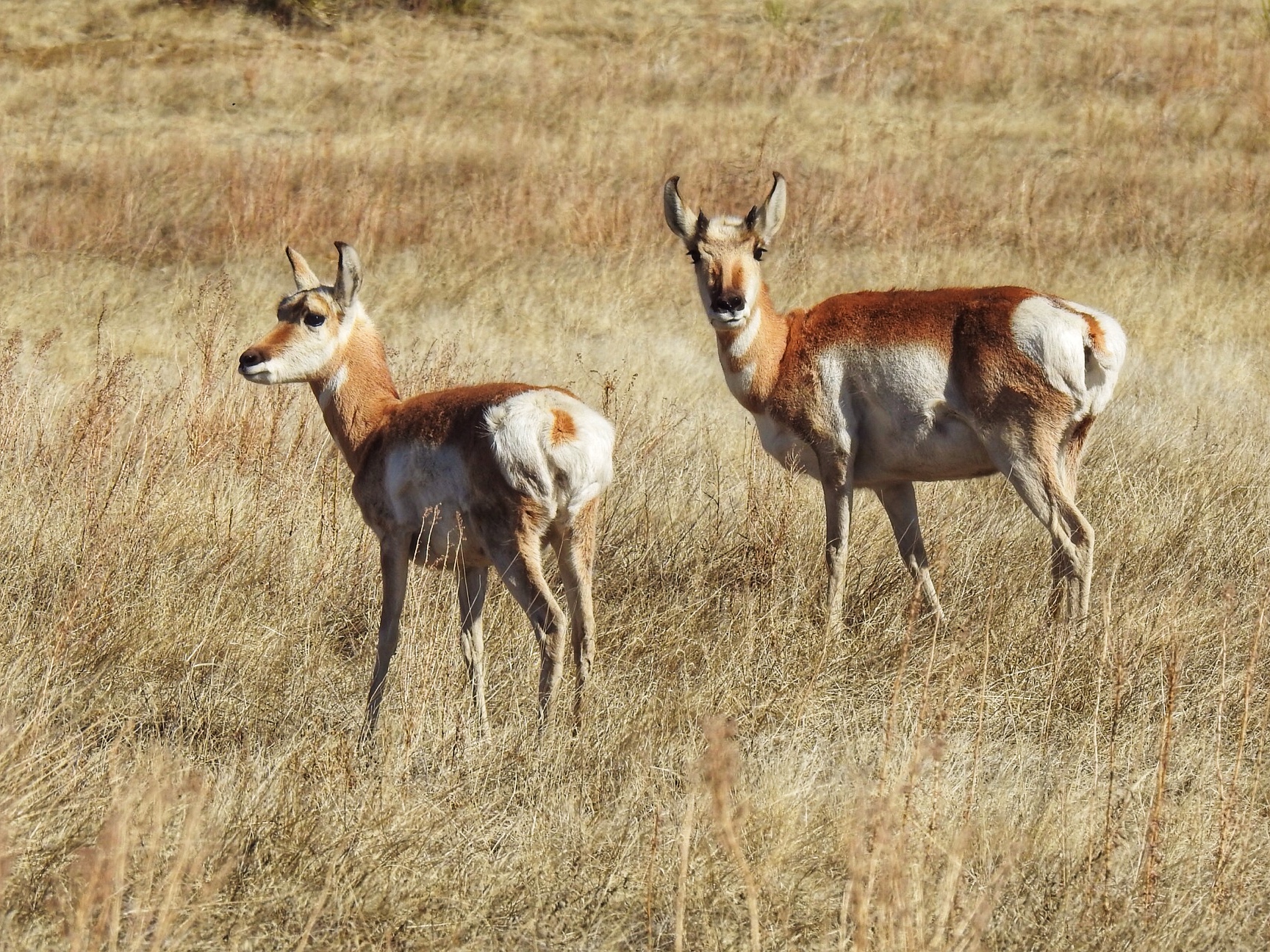 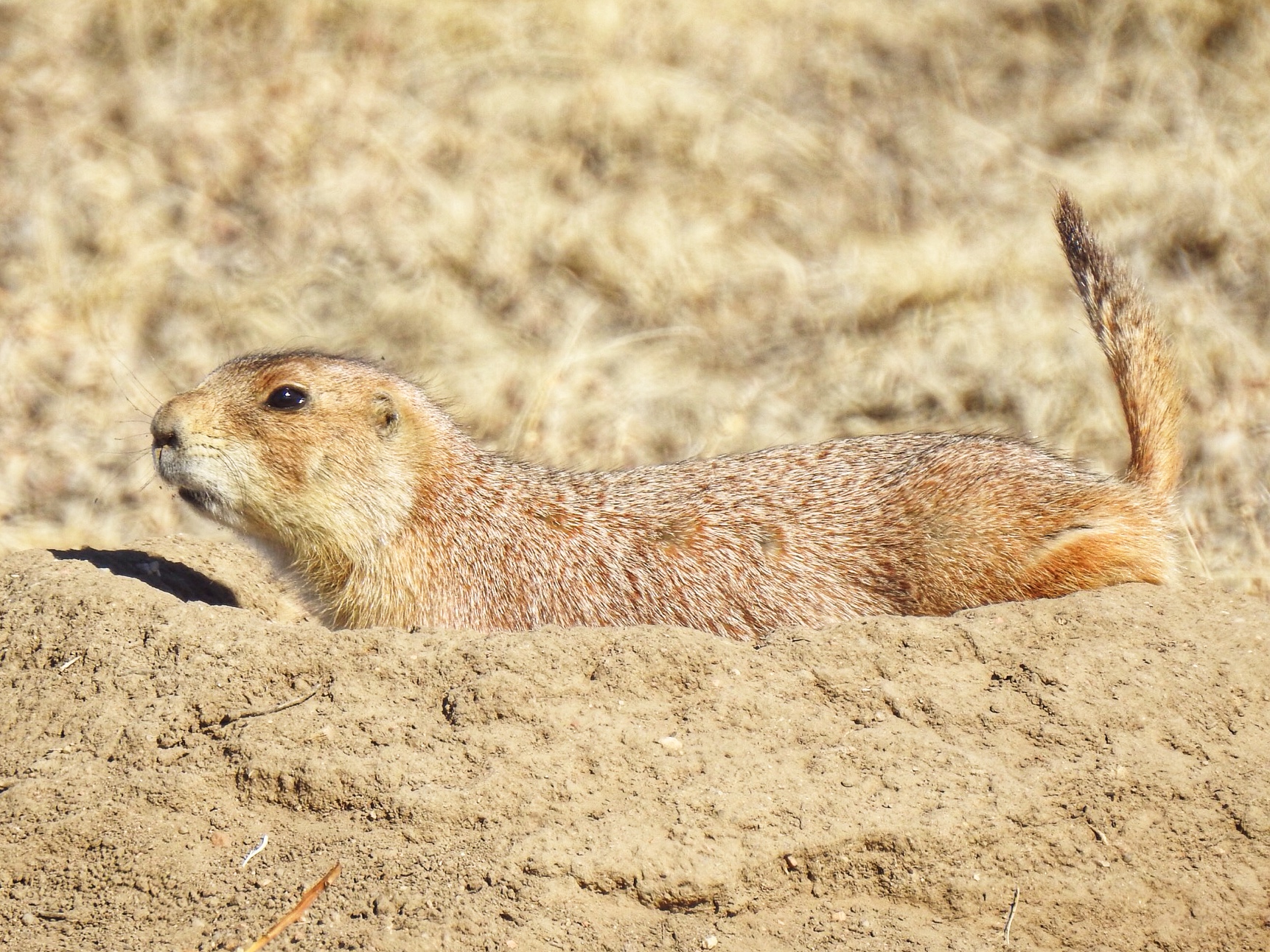 In the five or so hours I spent at Bluestem Prairie, I only saw 20 species of birds, but there were some great finds among those species that made the time very worthwhile.