This park was our primary reason for going to Canton. It’s the only house William McKinley lived in (apart from the White House) that’s still in existence. But before he lived here, it was the home of his in-laws, the Saxtons. His wife, Ida grew up here.

A local woman, concerned that there was no collection of biographies of First Ladies, started a library in a nearby building. Then, when this house came up for sale, it was purchased and restored and made part of the park, which then became a National Park so it could receive federal funding.

We started at the library, located in an old bank building. 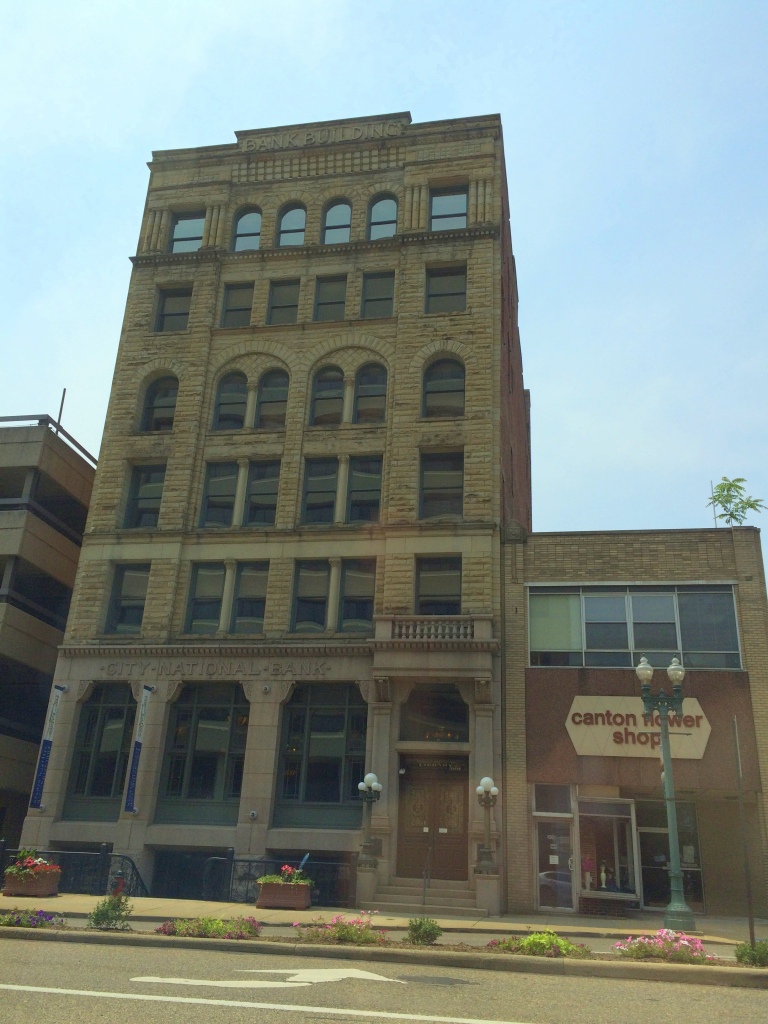 The main floor has an exhibit on “Forgotten First Ladies.” My main take-away is that the term “First Lady” is loosely defined. It includes wives who died before their husbands became President, daughters and other relatives who served as White House hostess when the President didn’t have a wife (or had one who couldn’t serve as hostess for health reasons) and wives of Presidents who aren’t well known.

We were  ushered into a video room where we saw a film about three of these women. A  young intern then gave us a guided tour of the exhibit, talking swiftly and ushering us past the exhibits far to quickly for us to take anything in. It was so ridiculous that my wife and I both stopped trying to follow her. All the exhibits had signs, so I don’t know why we weren’t allowed to proceed on our own. For some odd reason, we weren’t allowed to take photos, so I sneaked one just because … 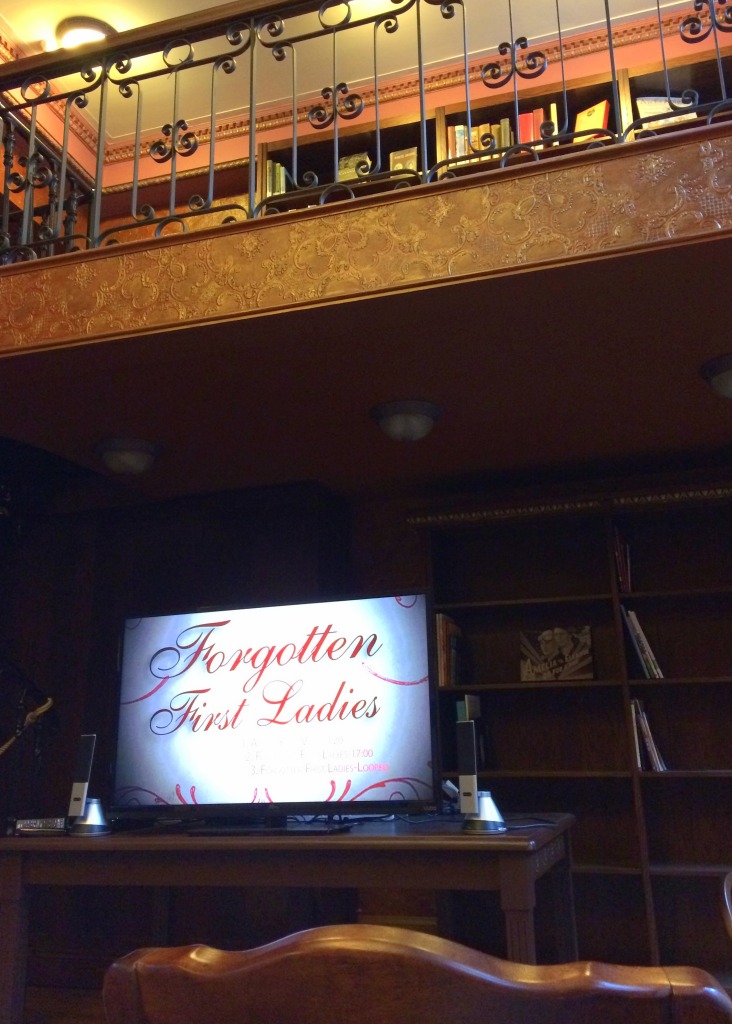 We were quick-walked down the block to the McKinley house and turned over to another intern. This one was much more relaxed and allowed us to breathe occasionally.

The house has been through a lot since the McKinley’s lived here. The first floor was used as retail space and the upper two floors were a rooming house. Here’s what it looked like at one point. 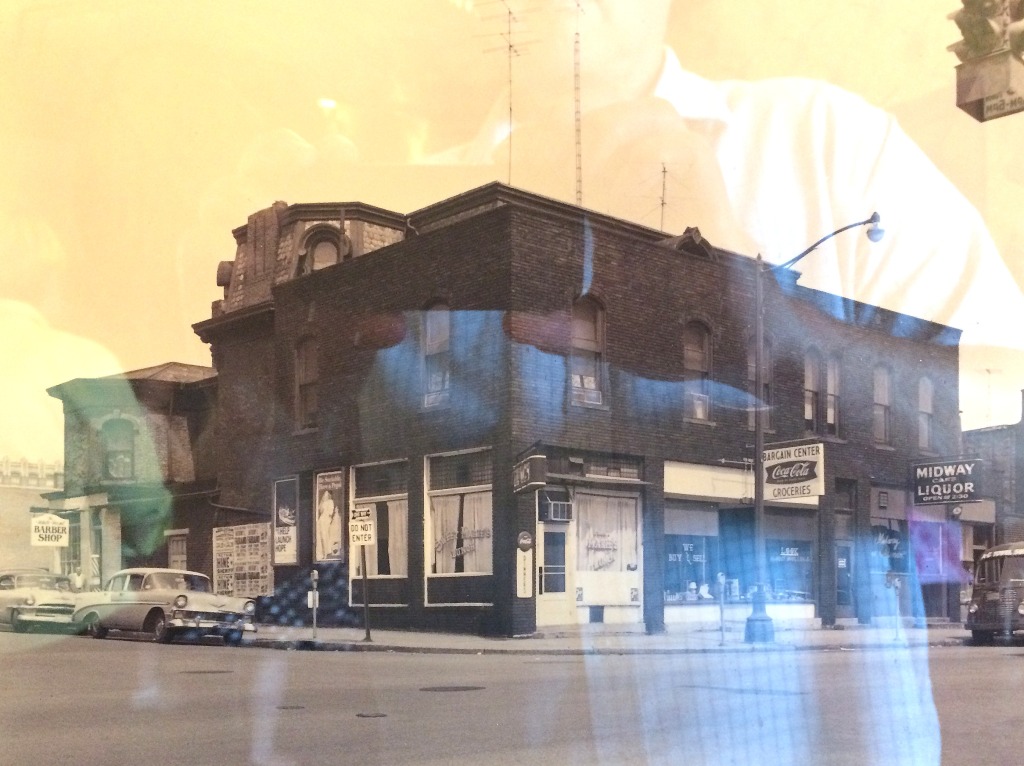 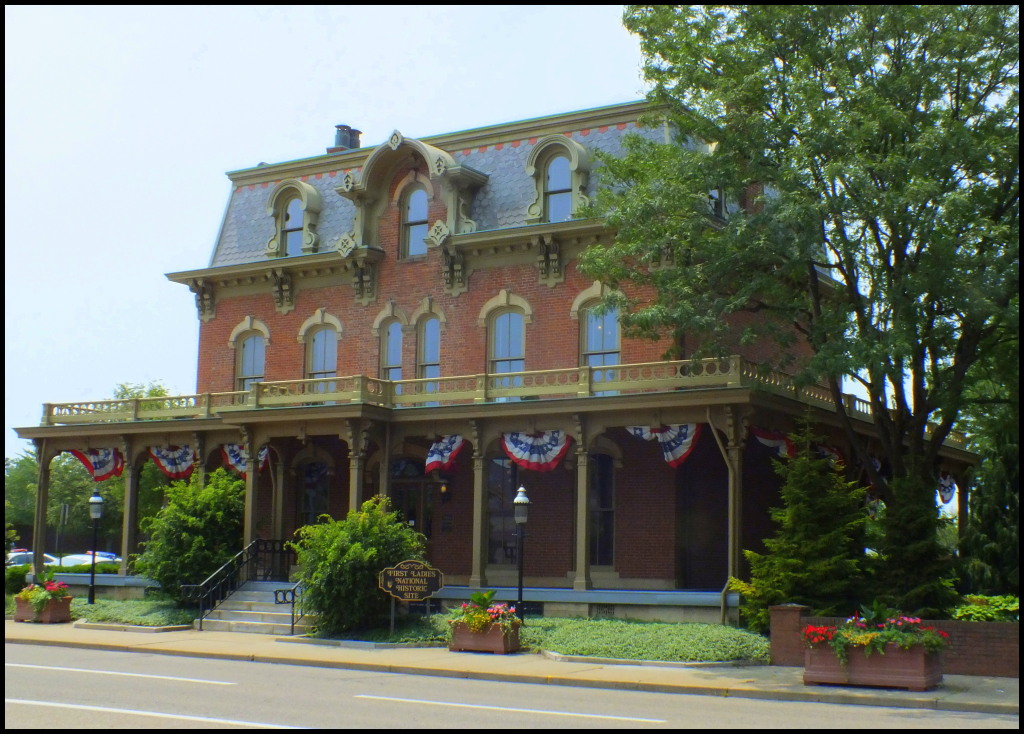 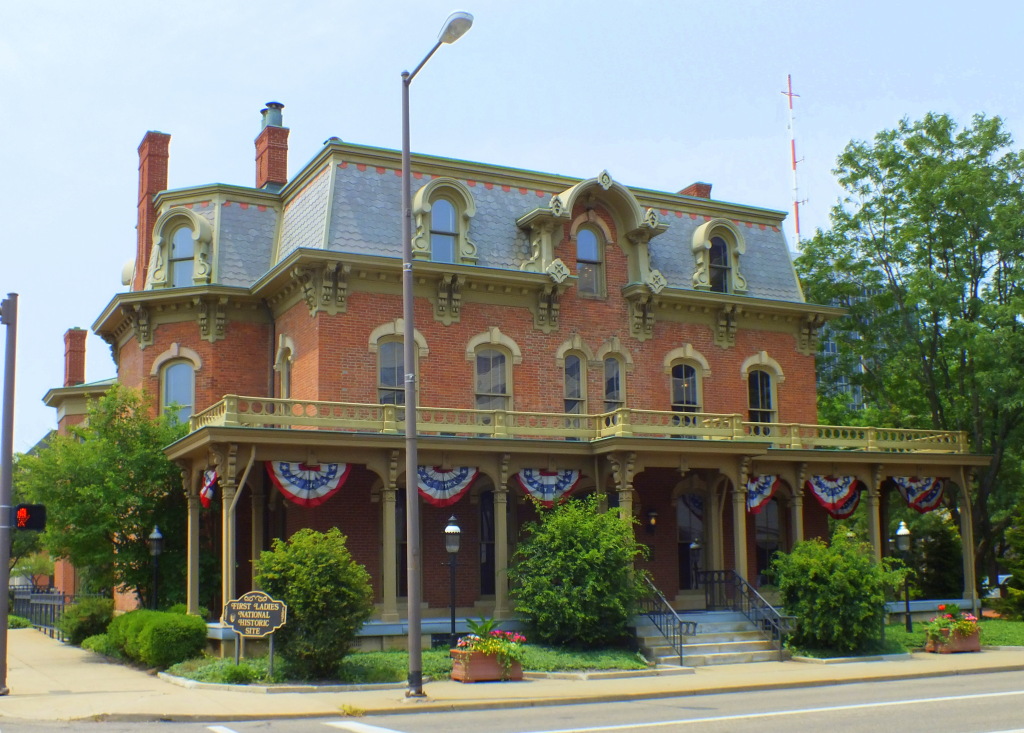 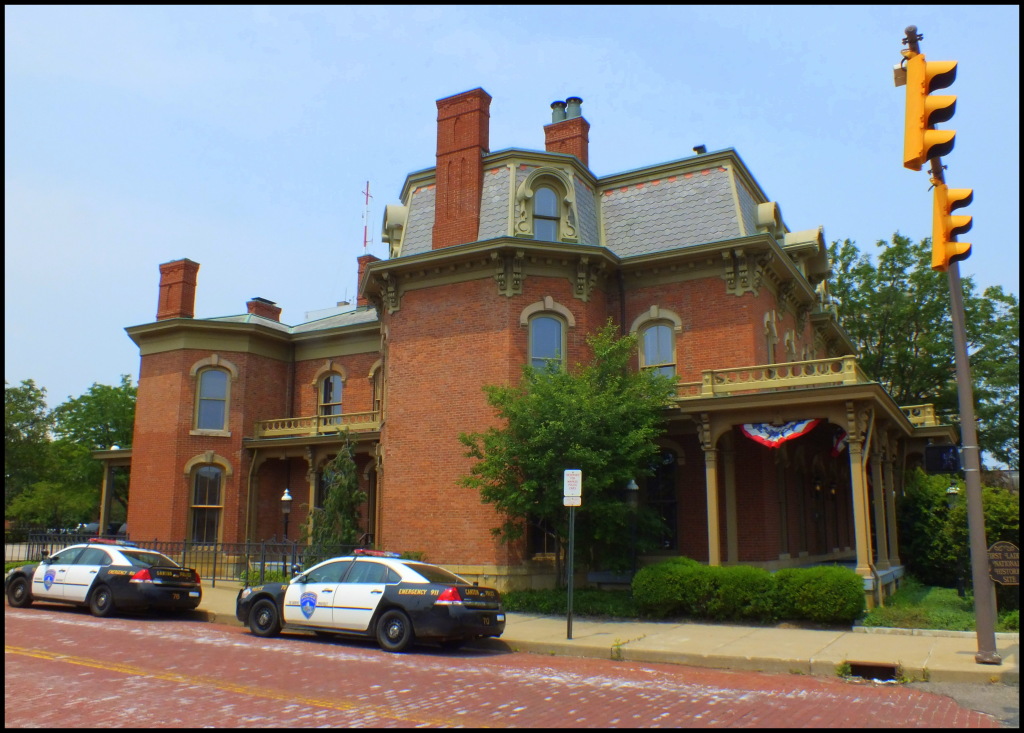 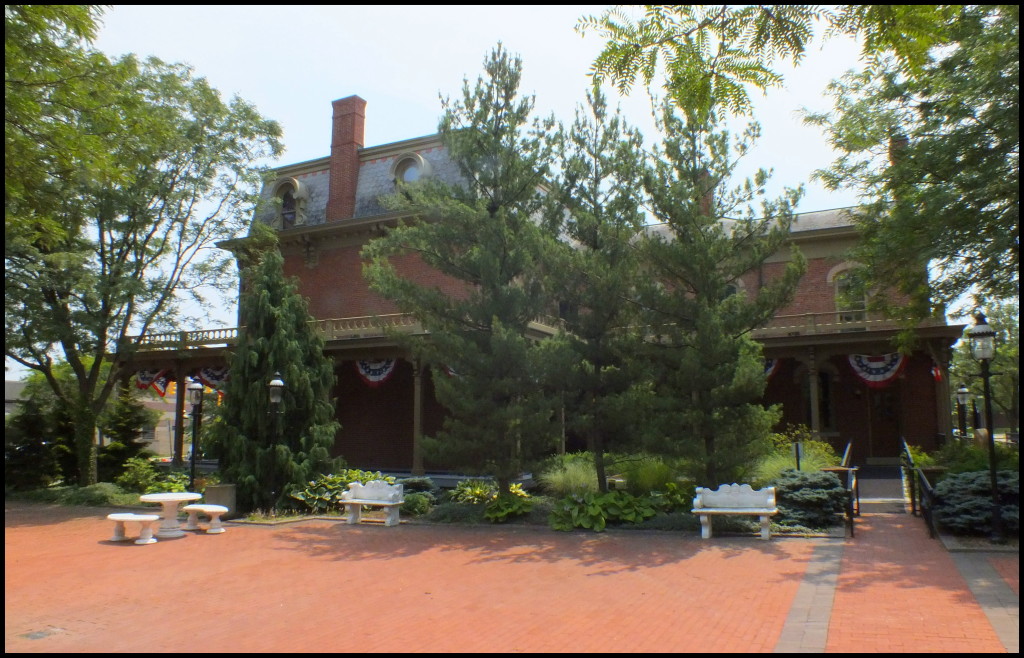 There are a few pieces in the house that belonged to the Saxtons and McKinleys, but most of the furnishings are just period pieces. They have a few photos of what it once looked like that they use as reference. 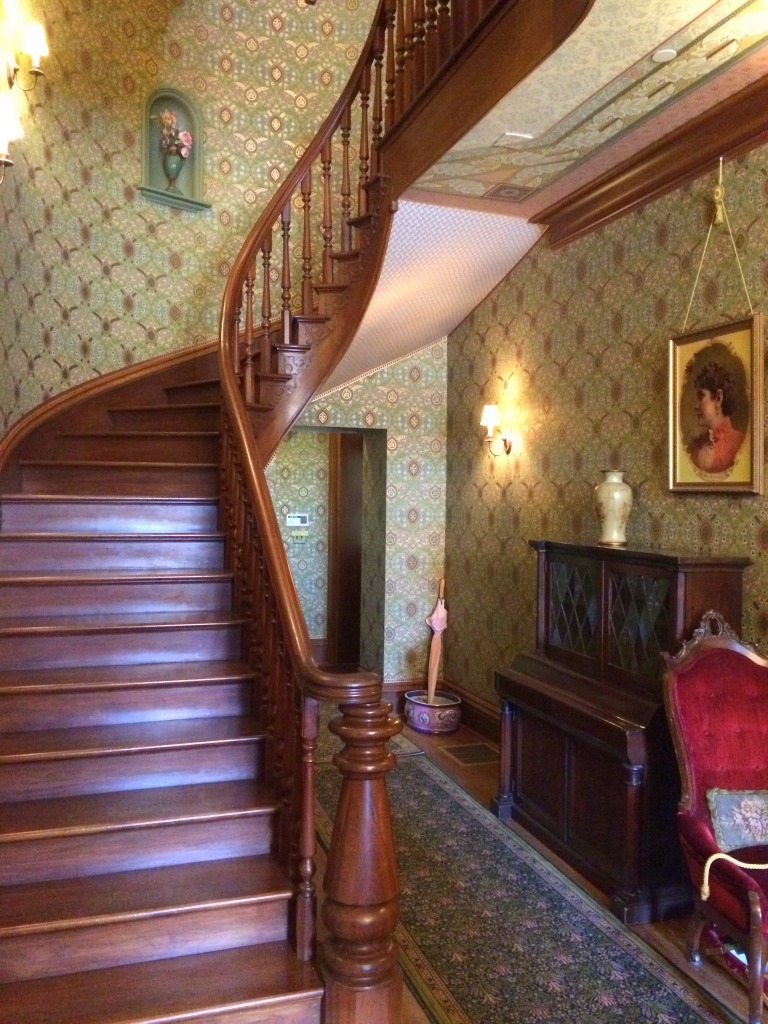 The music box in the foreground and the piano in the background belonged to Ida. That’s her photo as a young woman over the fireplace. 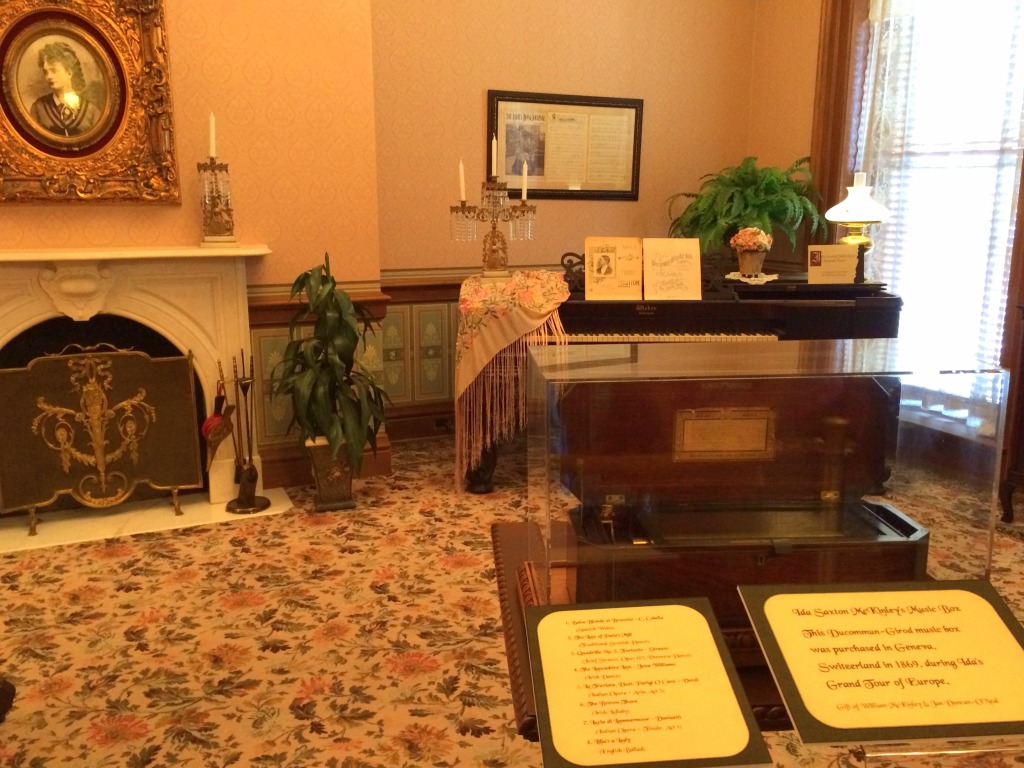 One of the old photos and a reconstructed built-in bookcase. 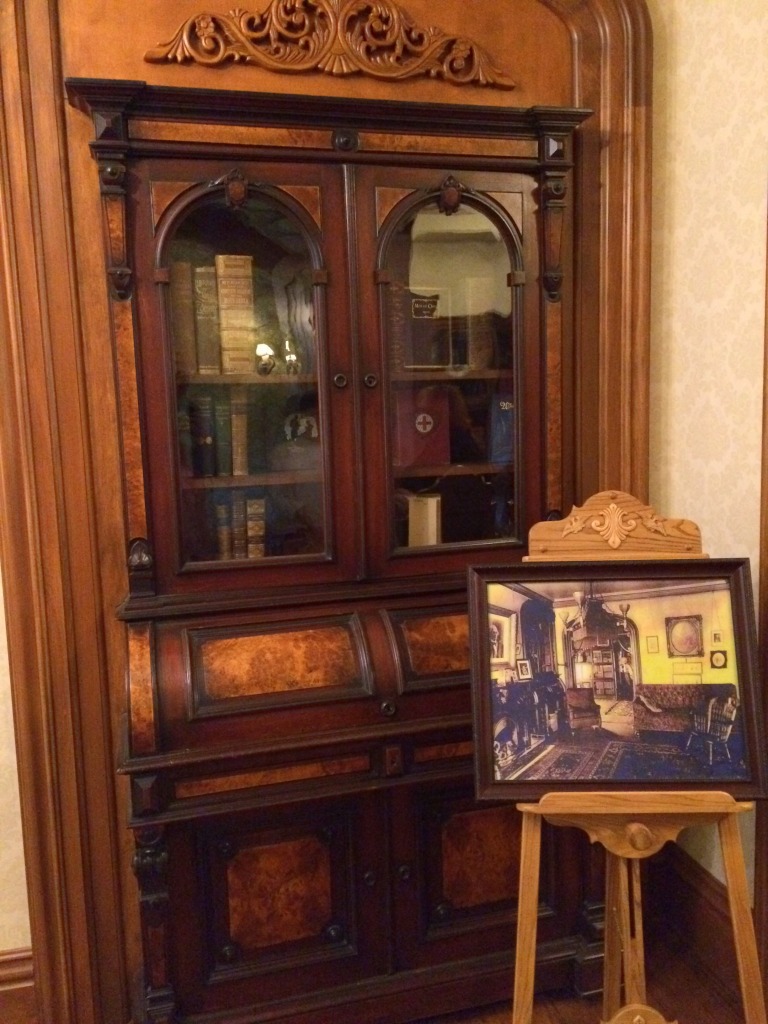 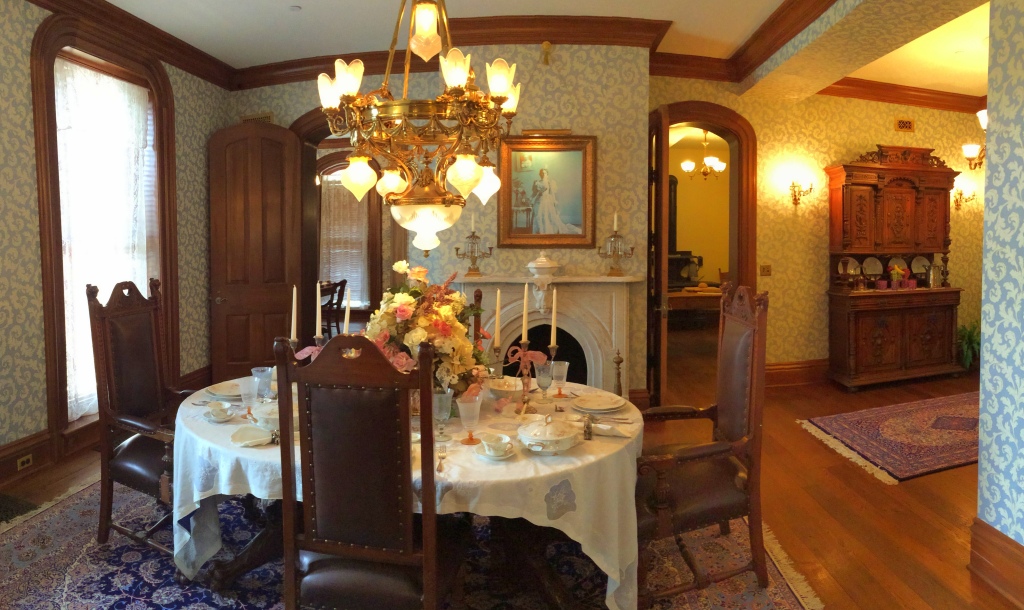 The Saxtons study. The bookcases are original.

William and Ida lived in the house from 1878 to 1891 while William served in the U.S. House of Representatives. Their rooms were on the third floor. William’s study has been reconstructed. The desk in the foreground was his. 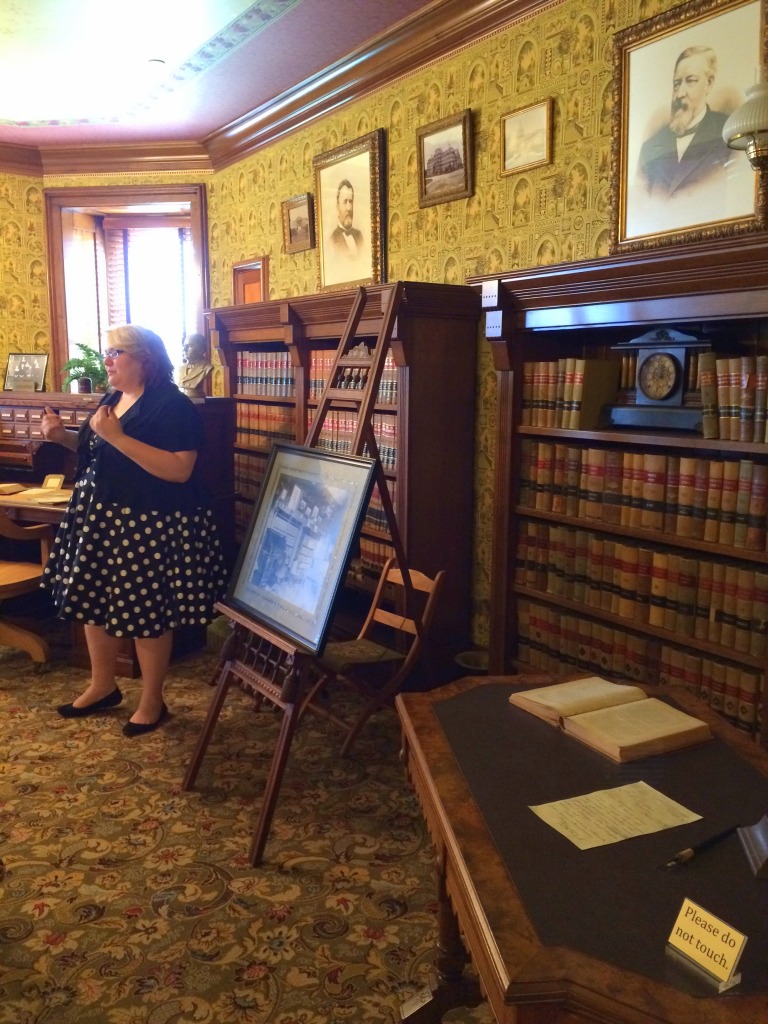 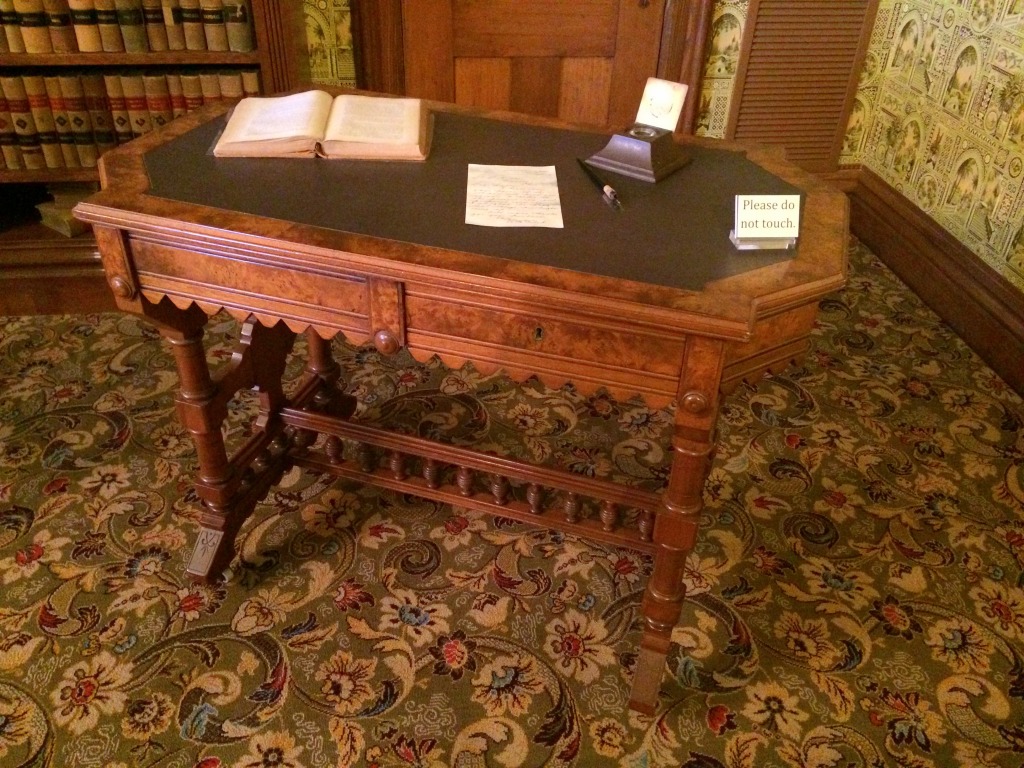 The “ballroom” upstairs contained an exhibit on the First Ladies. The dresses on display were Ida’s. 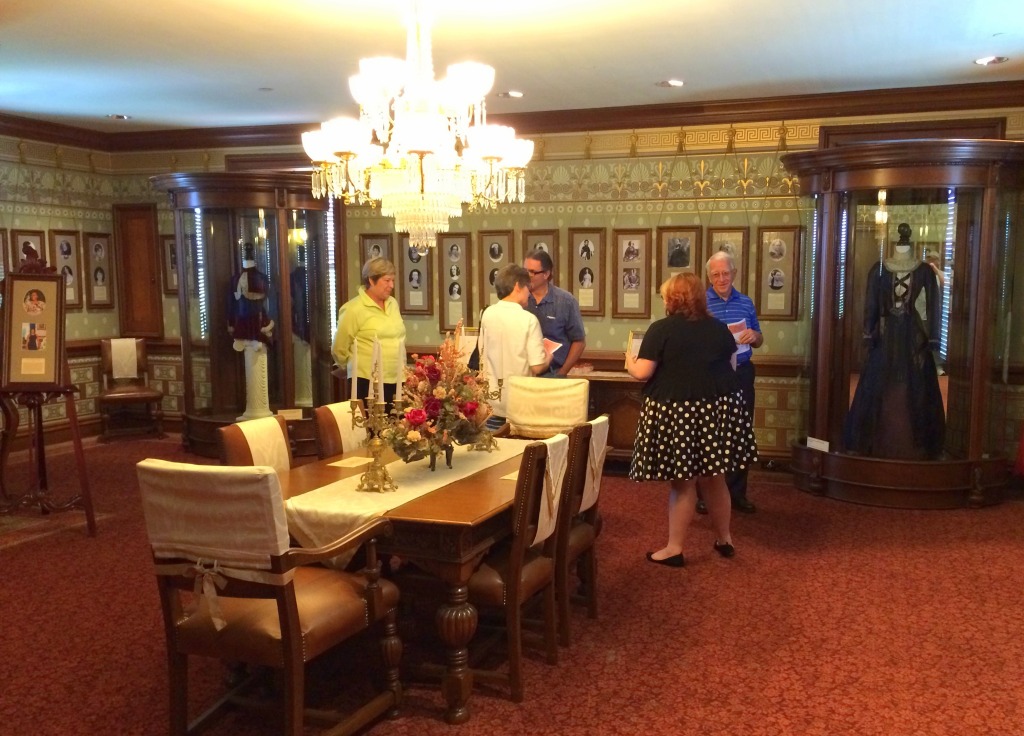 Ida’s chair and desk. She was an invalid, confined to a chair for much of her life. Her hobbies were knitting slippers and collecting fans, examples of both were scattered throughout the house. 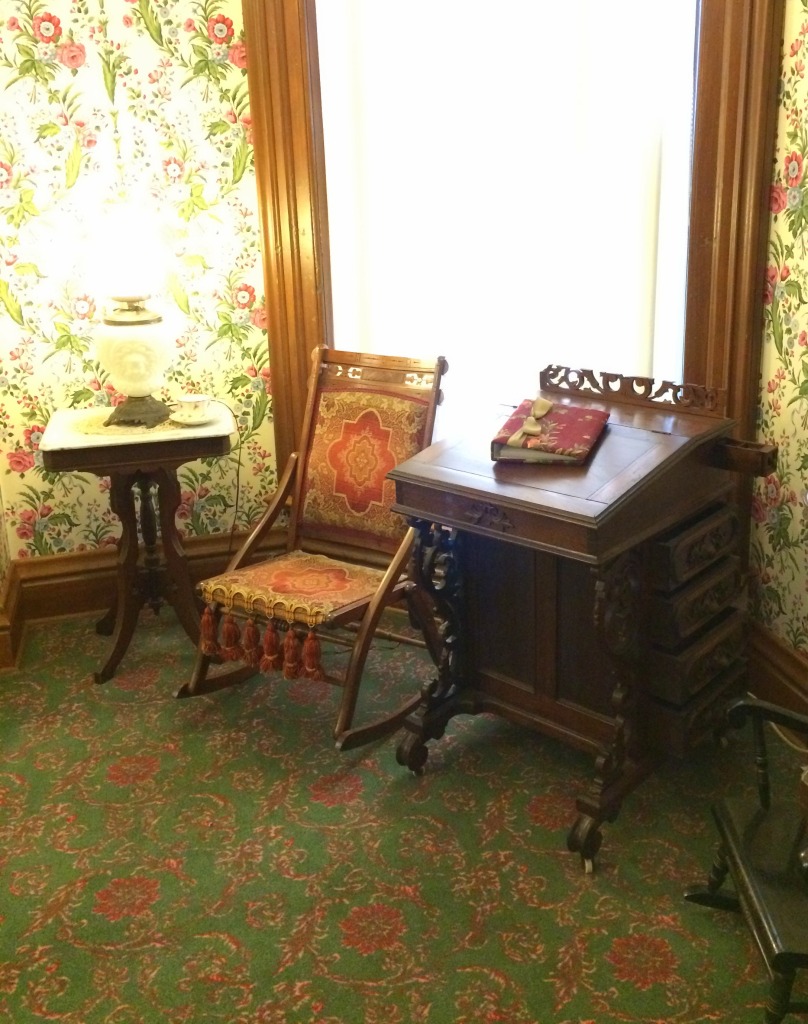 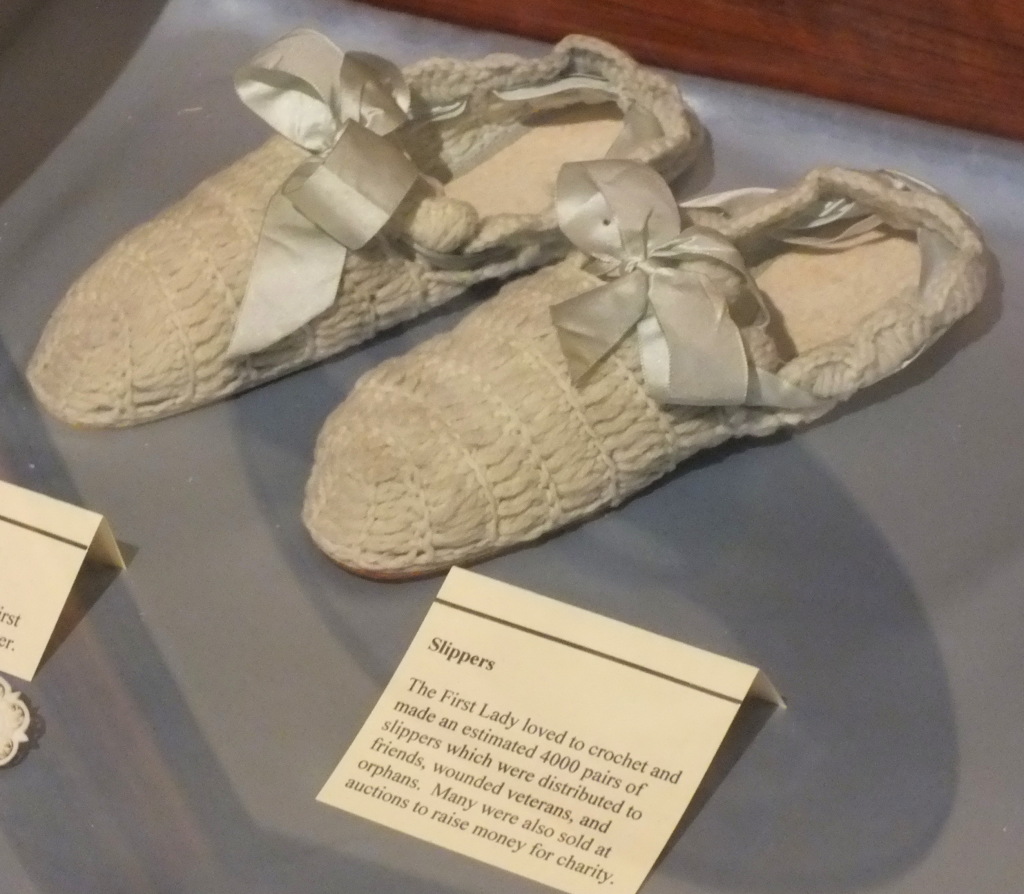 We weren’t sorry we visited, but I wouldn’t recommend going far out of the way to get there because of the odd way we were rushed through the exhibit and the fact that not much about the house except the outer walls, some wood work upstairs and a few pieces of furniture are original.

This entry was posted in National Parks, Presidential Sites. Bookmark the permalink.