On our way back north from Mammoth Cave, we spent a night in Vincennes, Indiana. This was one of the most depressing, run-down towns I’ve ever seen and our hotel was pitiful. We toured the local sites in the morning in between thunderstorms.

The National Historical Park commemorates Clark’s victory here over the British during the Revolutionary War. Nothing remains of the fort he captured, but a large marble structure was erected on the site in 1930. We went into the visitor center first and watched an informative 30-minute movie about the campaign. The museum was small and didn’t take long to tour. We walked over the the memorial and went inside. Seven large murals that show the stages of Clark’s campaign are painted on the walls. There’s a large statue of Clark in the center. It was impressive, but it didn’t take long to look at either. 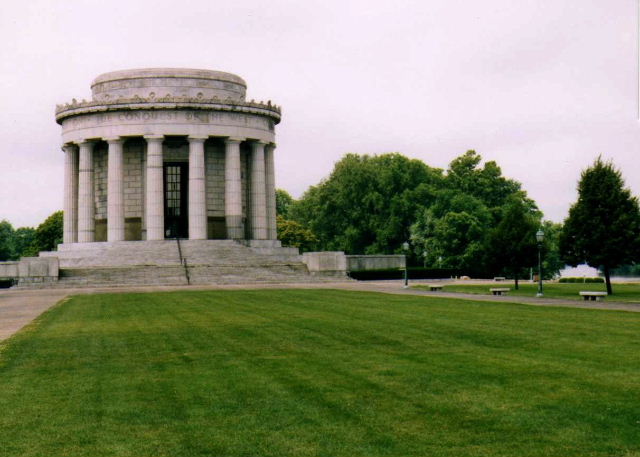 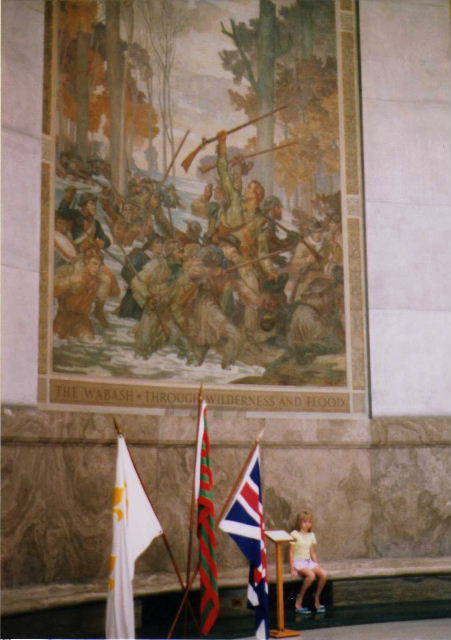 Next to the memorial, the Wabash River flowed under the Lincoln Memorial Bridge. It’s near the spot where the Buffalo Trace Ford provided the Lincoln family and many others a way across the river. We crossed it on our way out of town after visiting Grouseland. 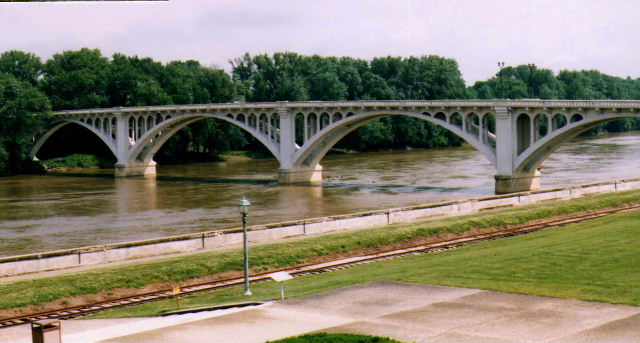