I took a stroll downtown the other night and walked though the small park along Route 14. On a cement wall maybe 20 yards from busy rush-hour traffic a Green Heron was doing what Green Herons do — standing quietly waiting for something tasty and oblivious to wander close enough to grab.

In my experience, Green Herons are pretty skittish and usually take off before I get close enough for a photo. This one seemed content to pose, so I started taking shots. 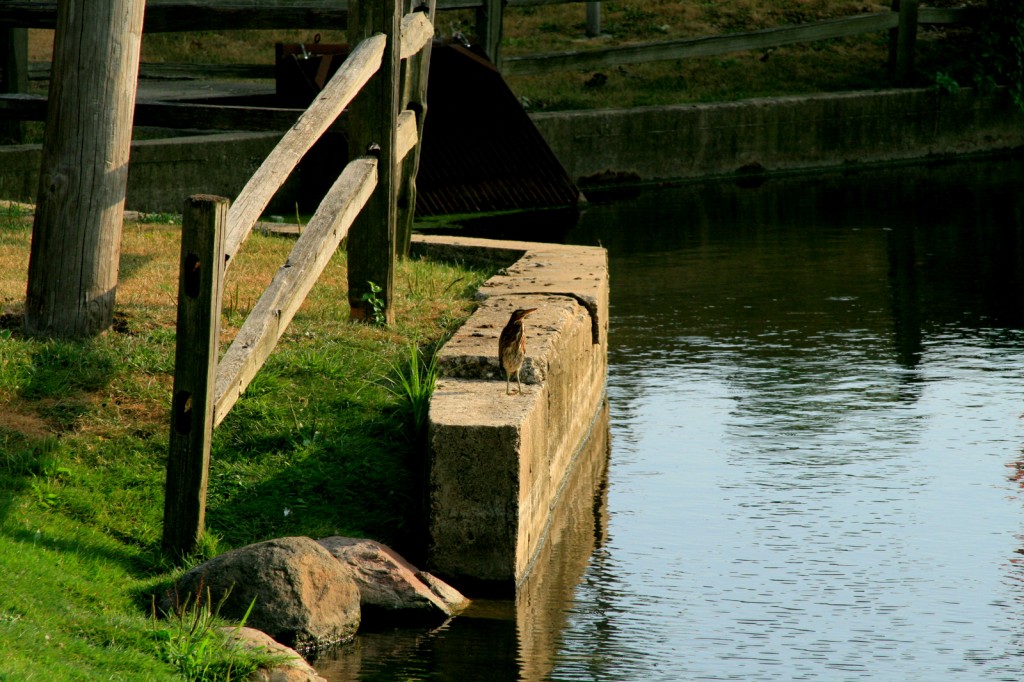 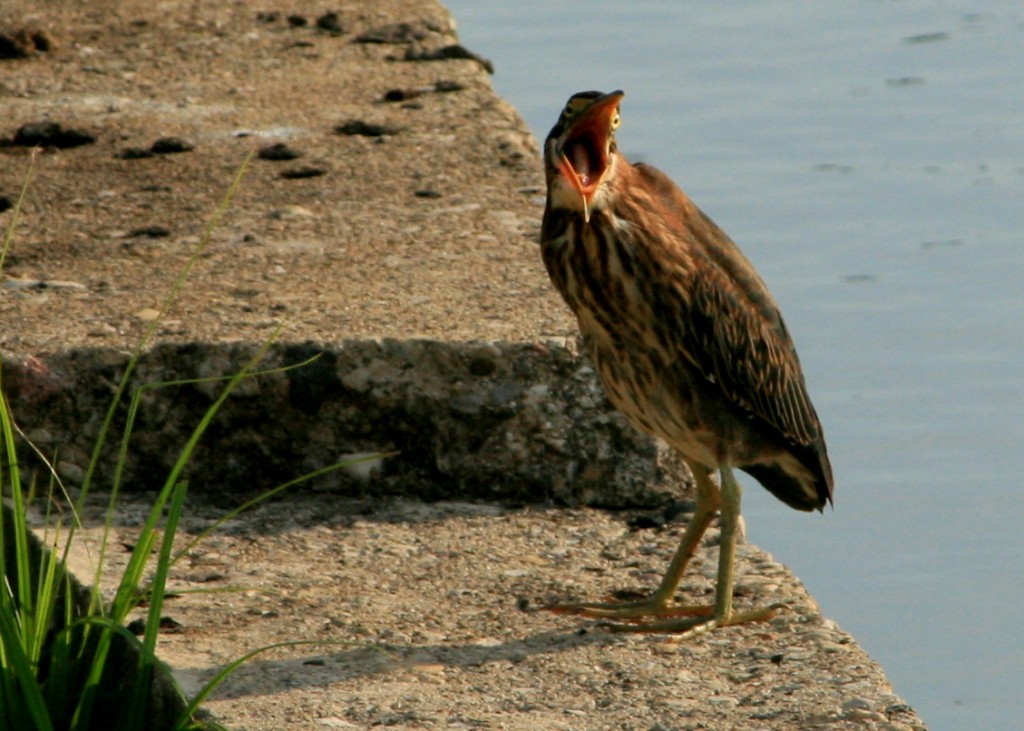 It definitely knew I was there. 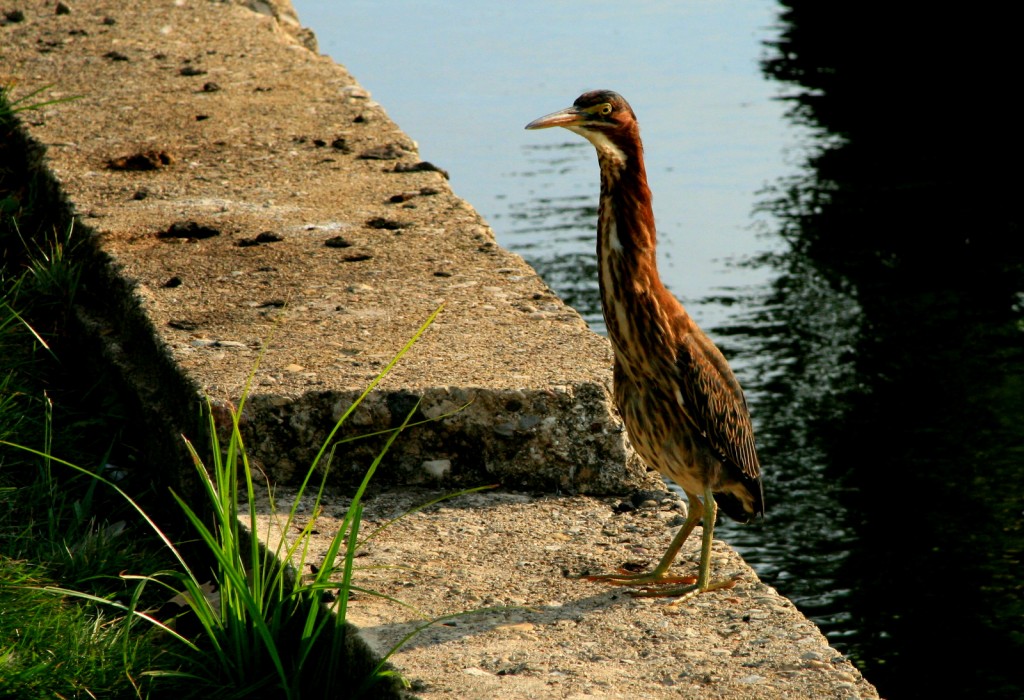 But it really didn’t seem to mind. 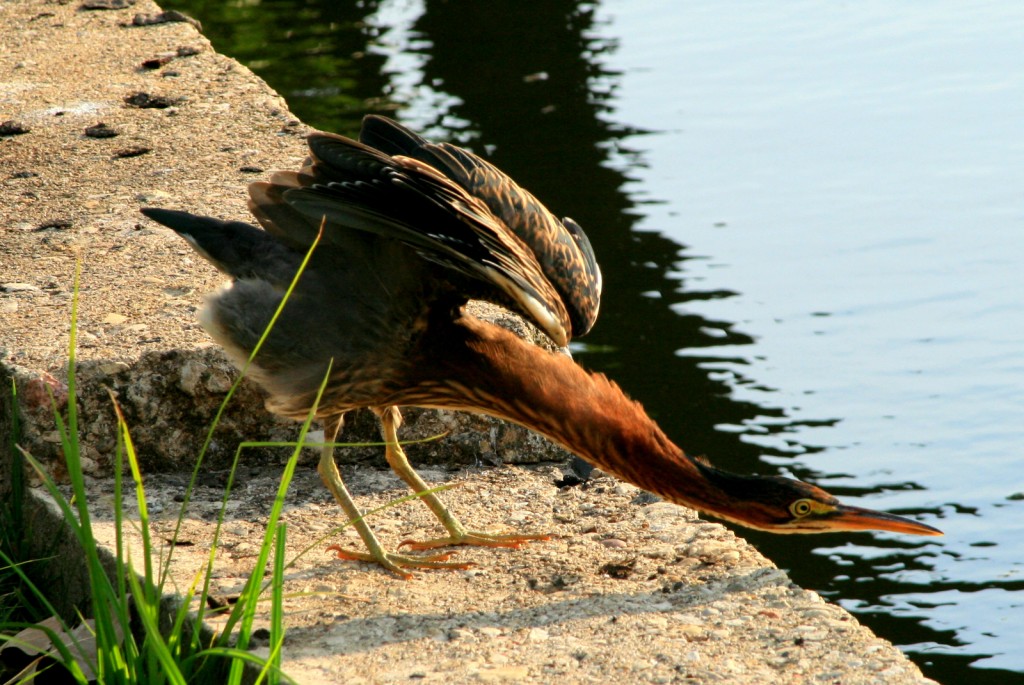 Even when I got within 10 feet, it didn’t fly off but instead turned and walked slowly away from me along the wall. I followed. 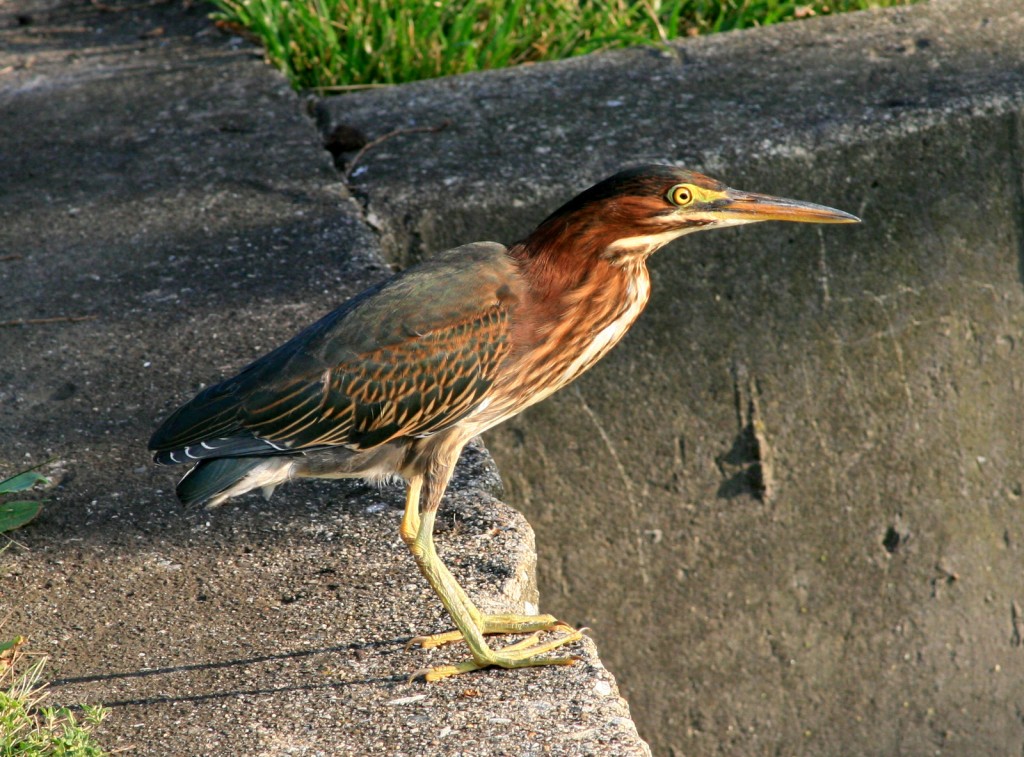 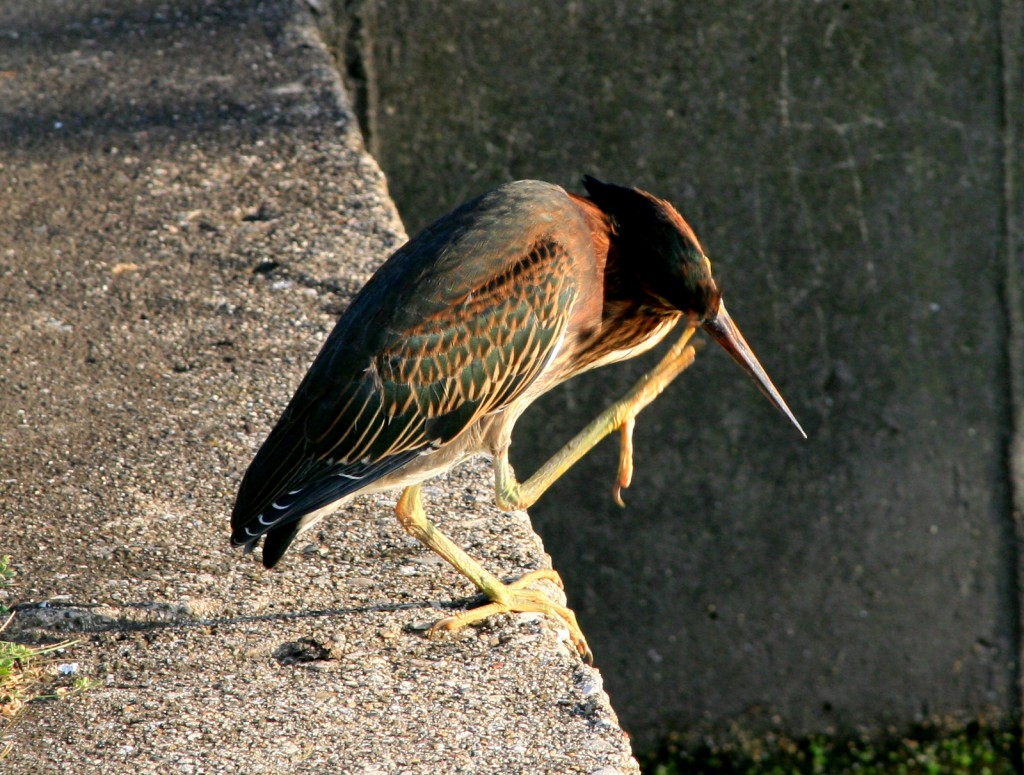 I leaned against the wooden fence that bordered the wall and kept snapping pictures. After about five minutes it decided it had had enough of that and began walking back toward me. 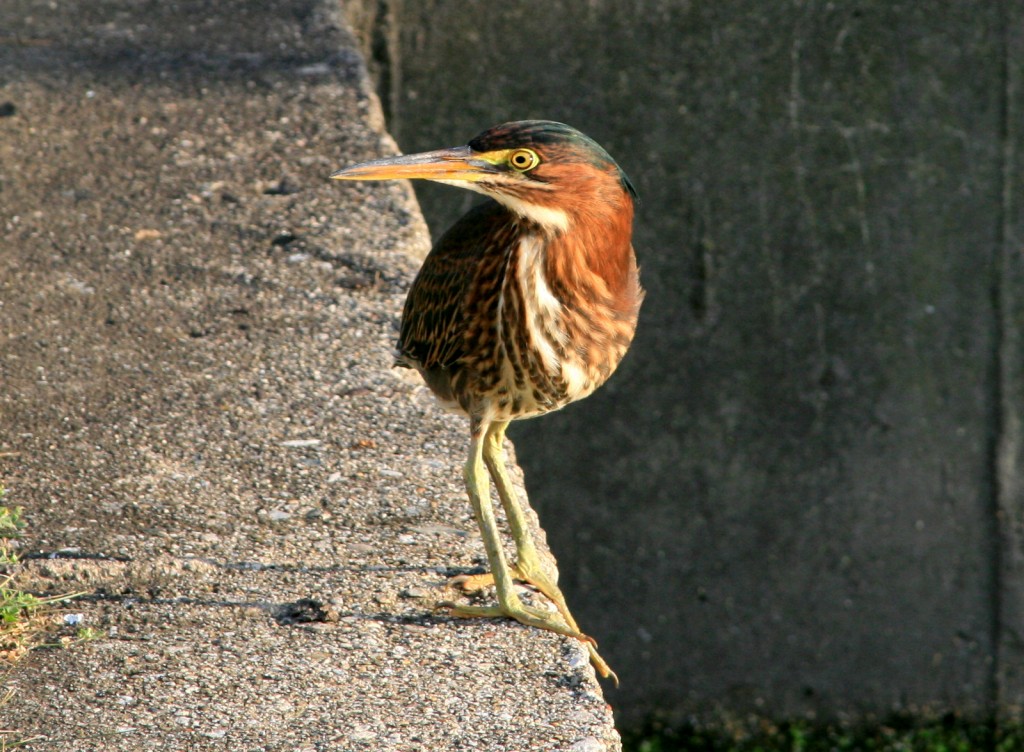 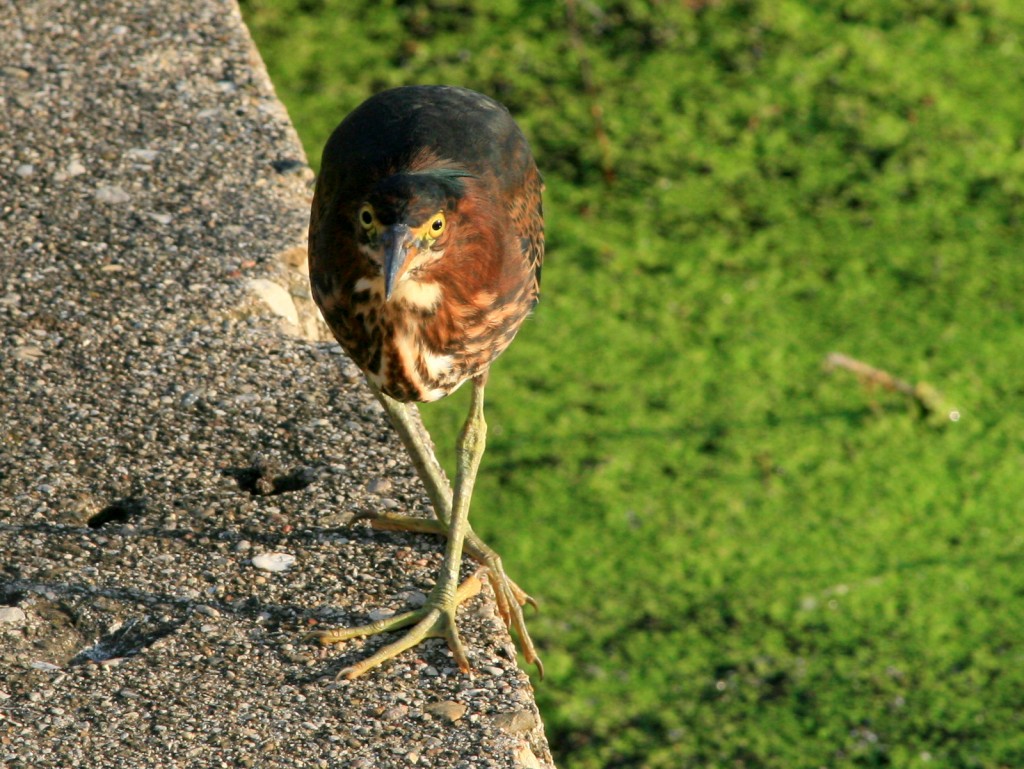 It came within four feet and looked like it had every intention of coming further. I was thinking of how I could get a shot of it next to my shoe when four kids wandered by about 15 feet behind me and flushed it to the other side of the pond. 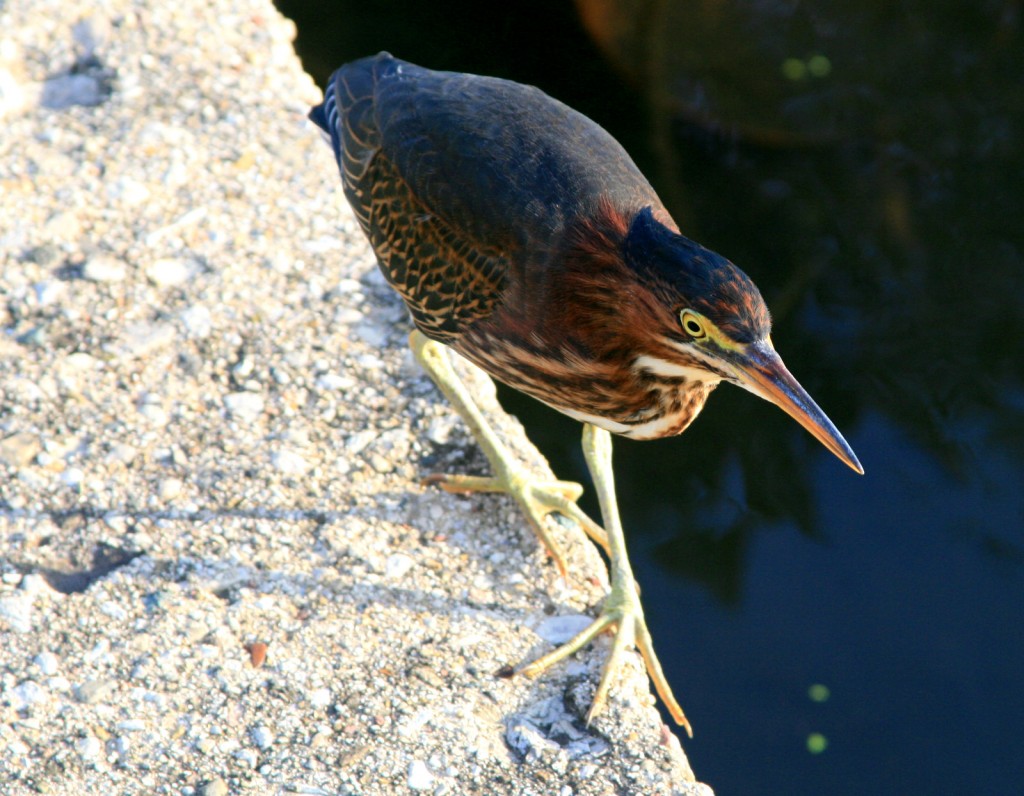