We visited the Cleveland area on a hazy, humid day full of summer thunderstorms. One ended about an hour before we arrived at Garfield’s house and another one rumbled through 20 minutes after we left. We were the only ones on our tour. We started with a slide show in the visitor center and were then shooed up to the house to meet our guide — Ed. He came out of the house to meet us as we approached. He gave an enthusiastic talk as we walked across the famous front porch where Garfield spoke during his campaign.

Eighty percent of the furnishings in the house were owned by Garfield’s family. His descendants lived there until the 1930’s when they turned it over to a historical society. Ed was very proud of what he knew and urged us to ask questions. But when we did, if he didn’t know the answer he just brushed it off as a topic of no interest. He was pretty comical, and we appreciated his enthusiasm. He was actually informative. The tour took 45 minutes, and we weren’t allowed to take pictures in the house. We walked around outside taking photos, then looked at the displays in the visitor center.

Two views of the front of the house. I’m standing on the very spot from which Garfield gave his famous campaign speeches. 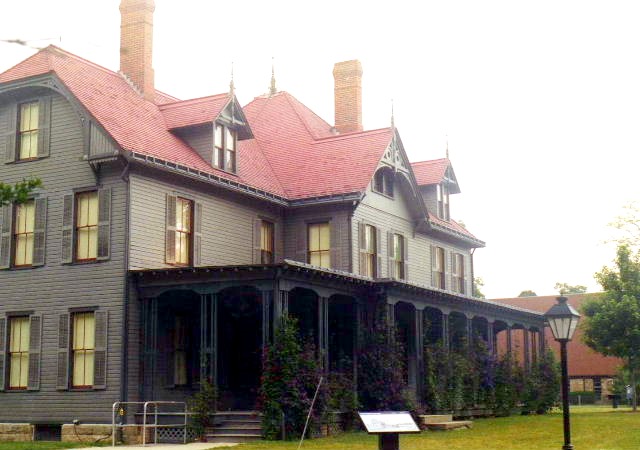 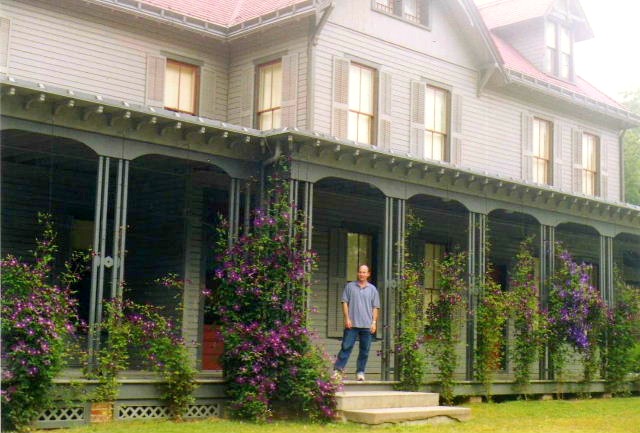 The east side of the house with the front porch on the left. 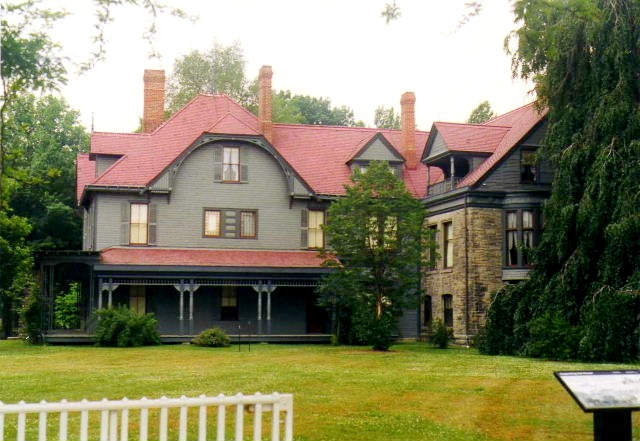 The left is the west side of the house with the front porch on the extreme right. 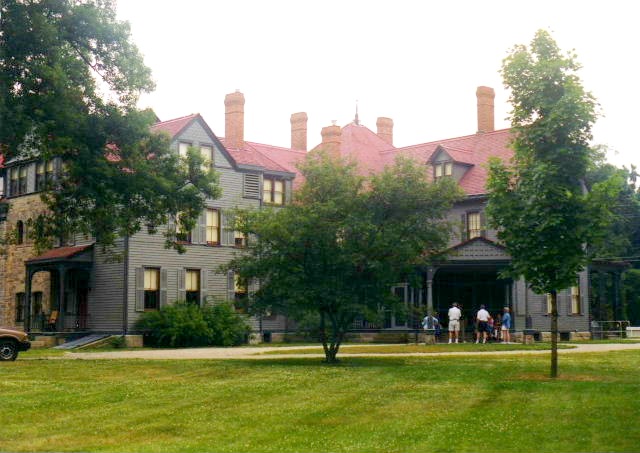 The back of the house. Garfield used the small building as his campaign headquarters. 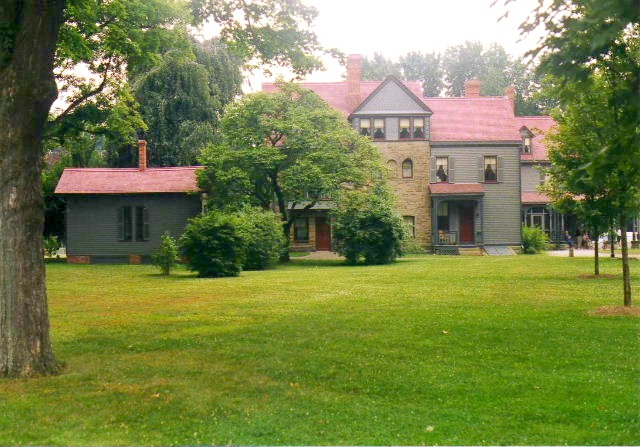 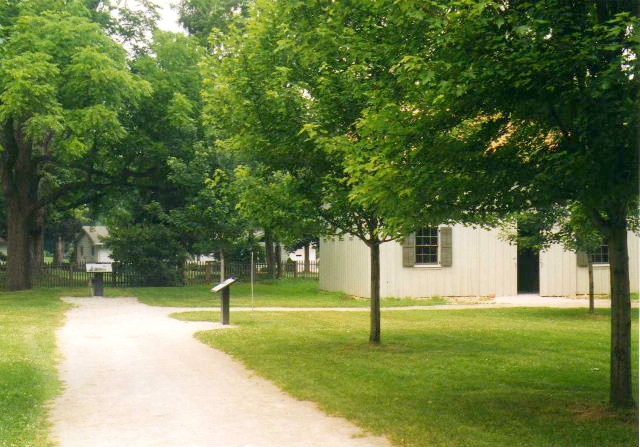