I was planning on spending the day at this park. It didn’t work out that way. Kennesaw Mountain is apparently the the popular place to be for all Atlanta-area yuppies and dog walkers. I strolled around looking at birds, visited the tiny museum in the visitor center, and looked for the Civil War sites. 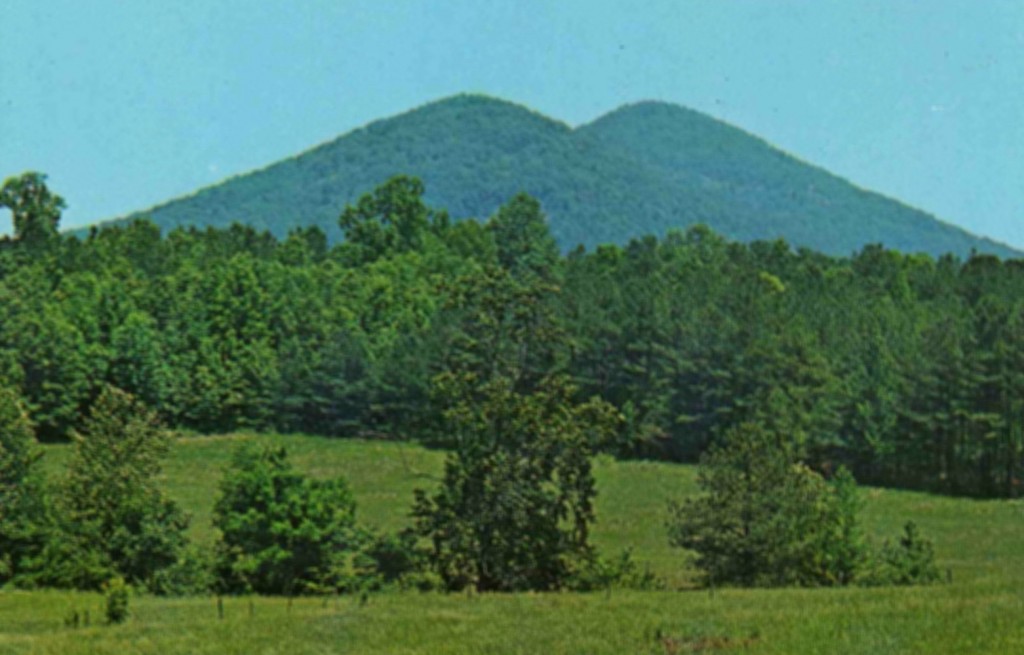 Notice I didn’t say look AT the Civil War sites. There wasn’t much to see. I hiked to the top of Kennesaw Mountain  itself and saw haze. There were a few cannons scattered about where Confederates set up a battery. 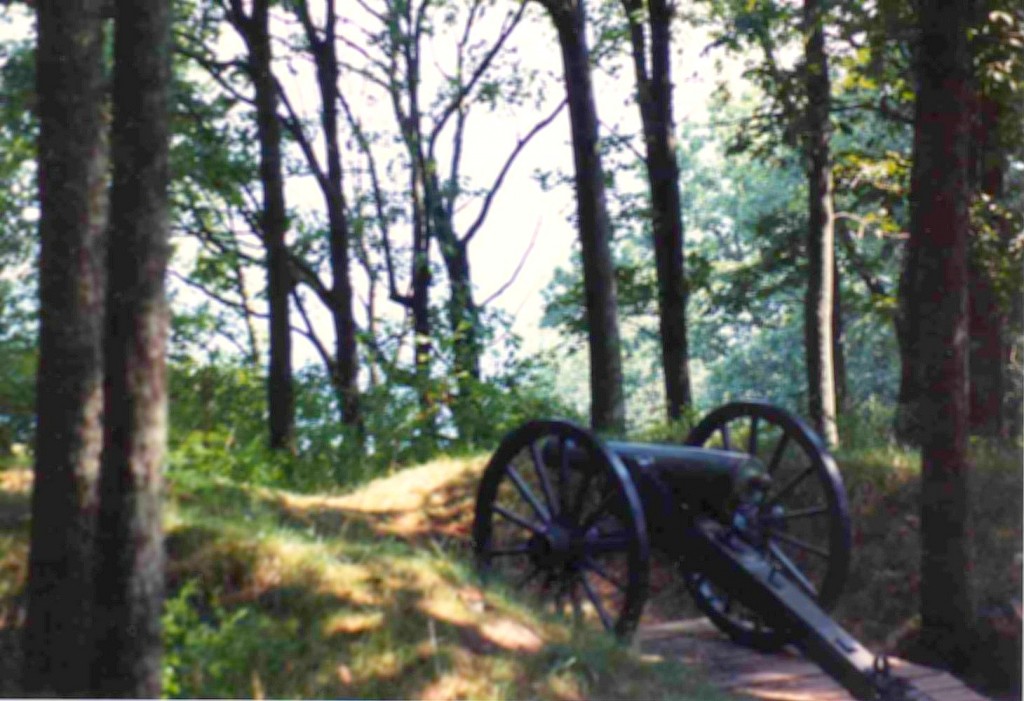 I drove to Pigeon Hill, but the parking lot and trail were full of locals, so I didn’t stop. I continued to Cheatham Hill, where I found the only semblance of a normal battlefield park. This is the Illinois Monument, located where Union troops attacked Confederate entrenchments. They were beaten back, but the Confederates abandoned the hill a few days later. 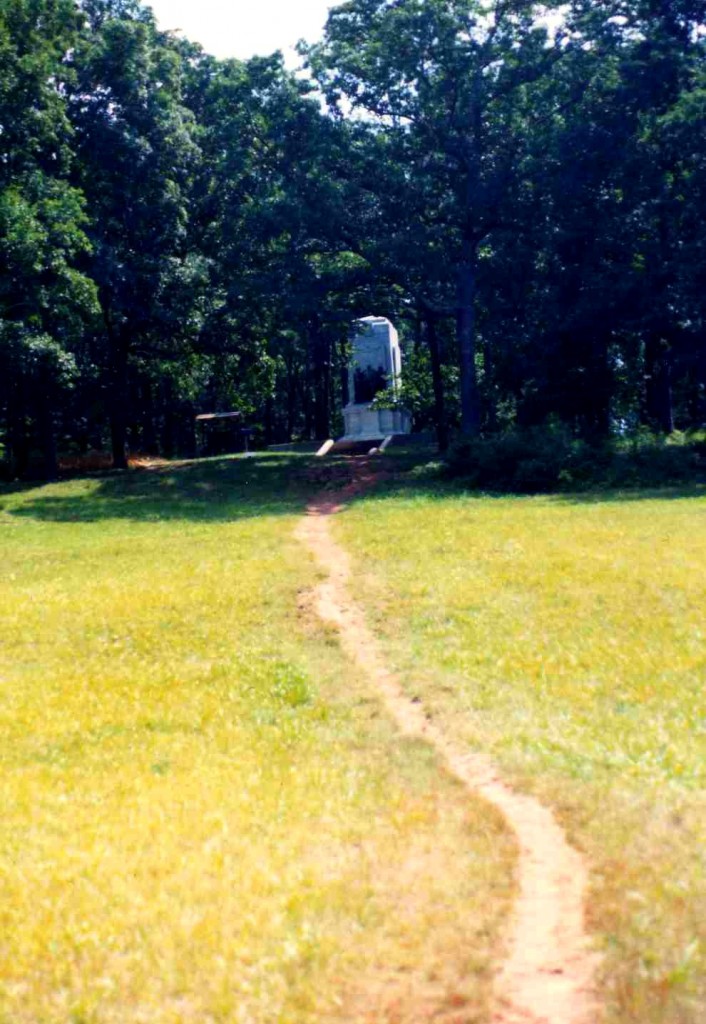 This is Mebane’s Battery on Cheatham Hill. 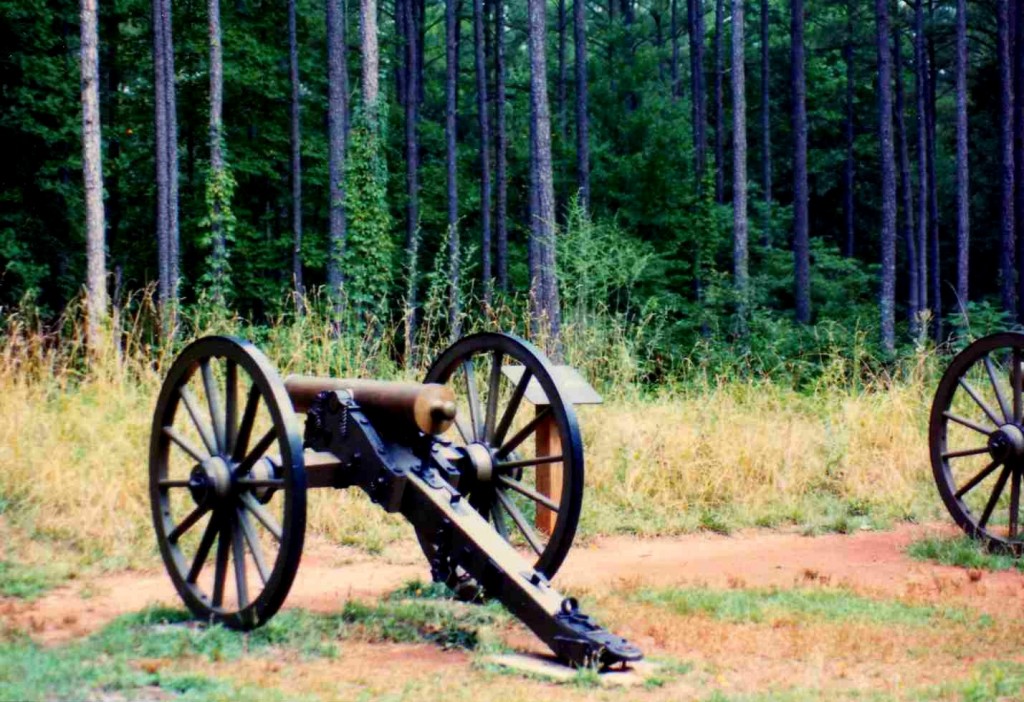 These are the remains of Confederate earthworks. They went on like this for at least 150 feet. 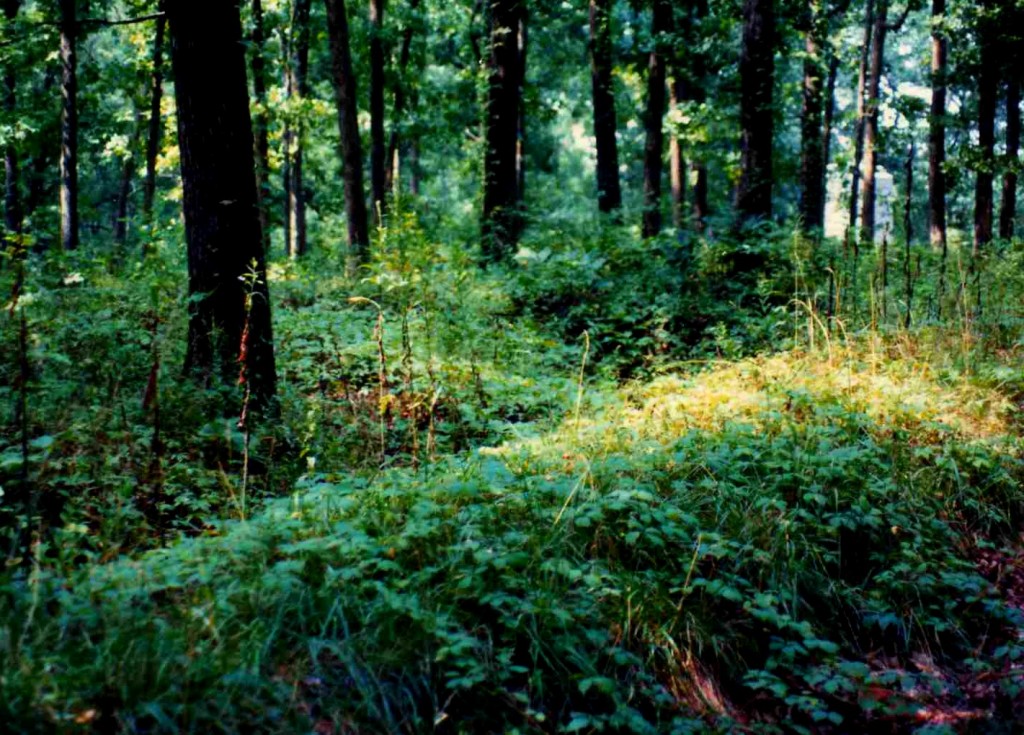 This is the Kolb House. The back of the postcard says: Peter Valentine Kolb built this house of hewn logs in 1836 with the help of a Cherokee. Union General Hooker used the house as headquarters prior to General Hood’s savage attack on June 22, 1864. Later the wounded of both armies filled the house. 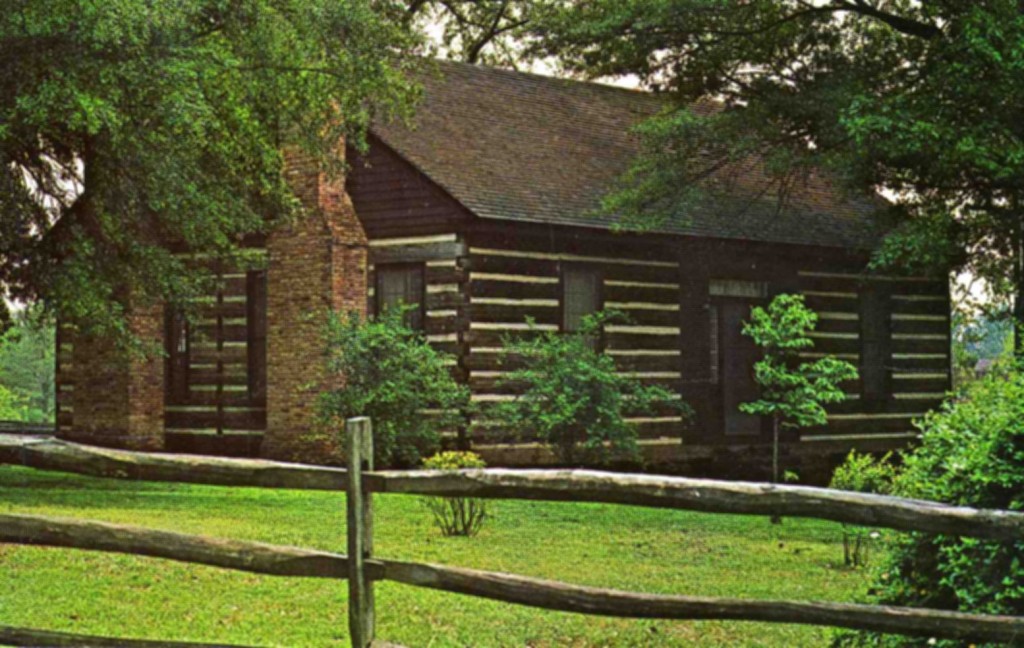 The cabin is the only building in the park that was there at the time of the battle. It was restored in 1964, but is used as a private residence. At the time of my visit, the backyard was crisscrossed with clotheslines dripping with laundry. Some guy was sitting at a picnic table reading a newspaper. It was noon, and I’d seen everything there was to see.