On the first morning of camping, I took a stroll from our site to the dam along Lee Creek. There wasn’t anybody around. The sun was just rising above the surrounding hills. It was a good start to a good week. 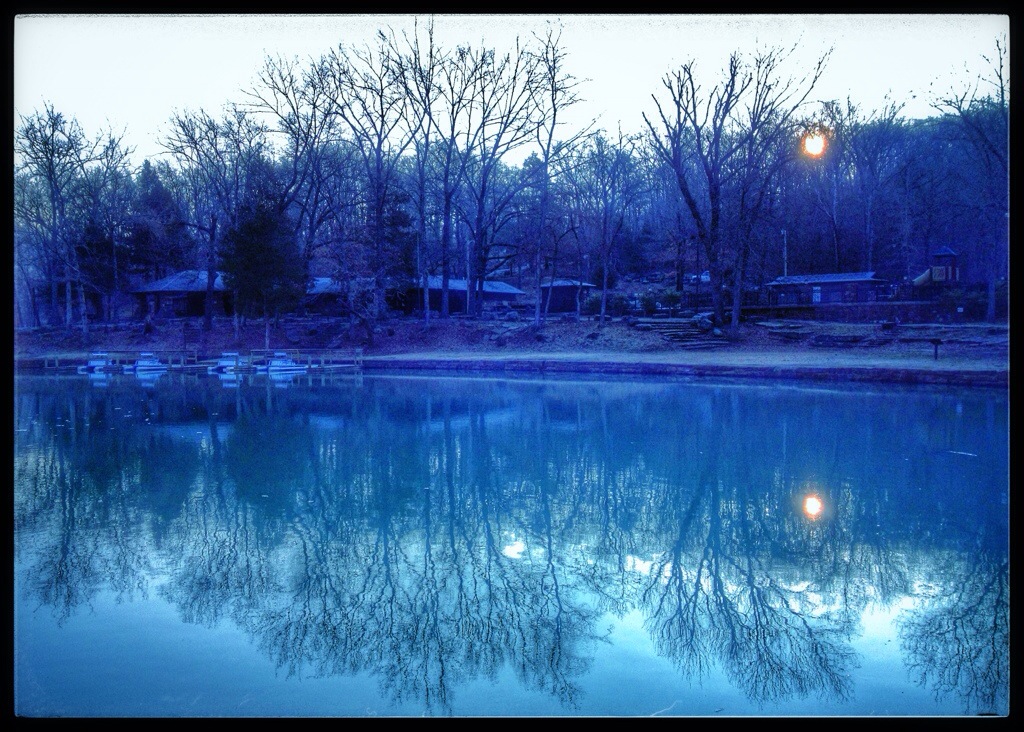 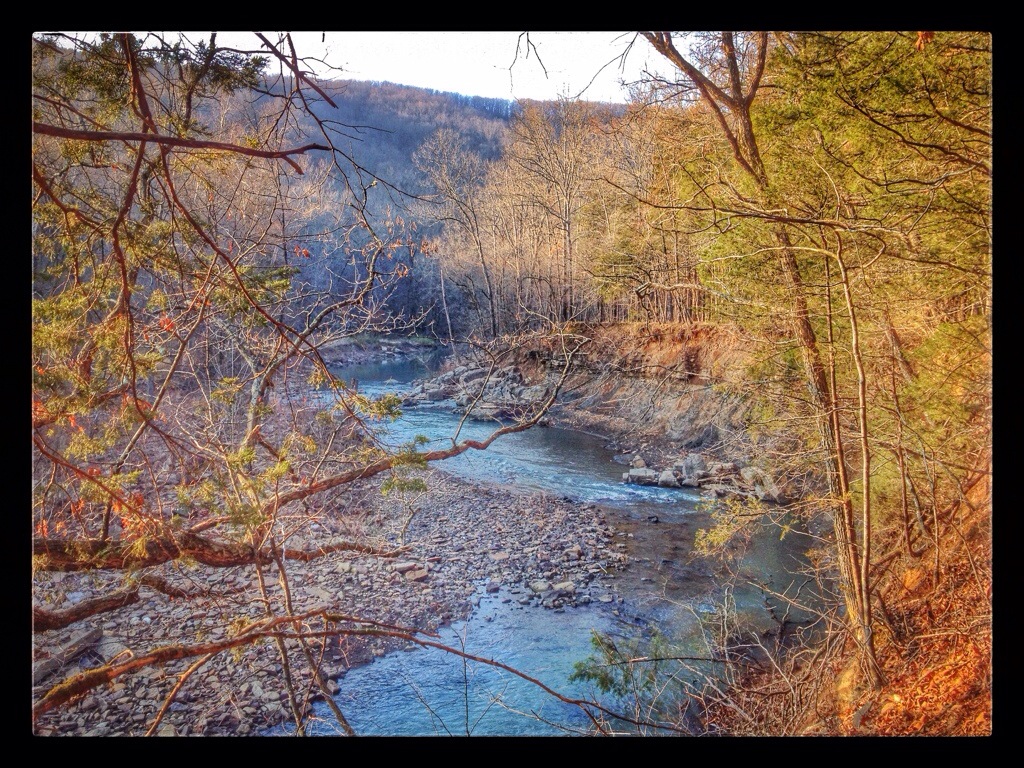 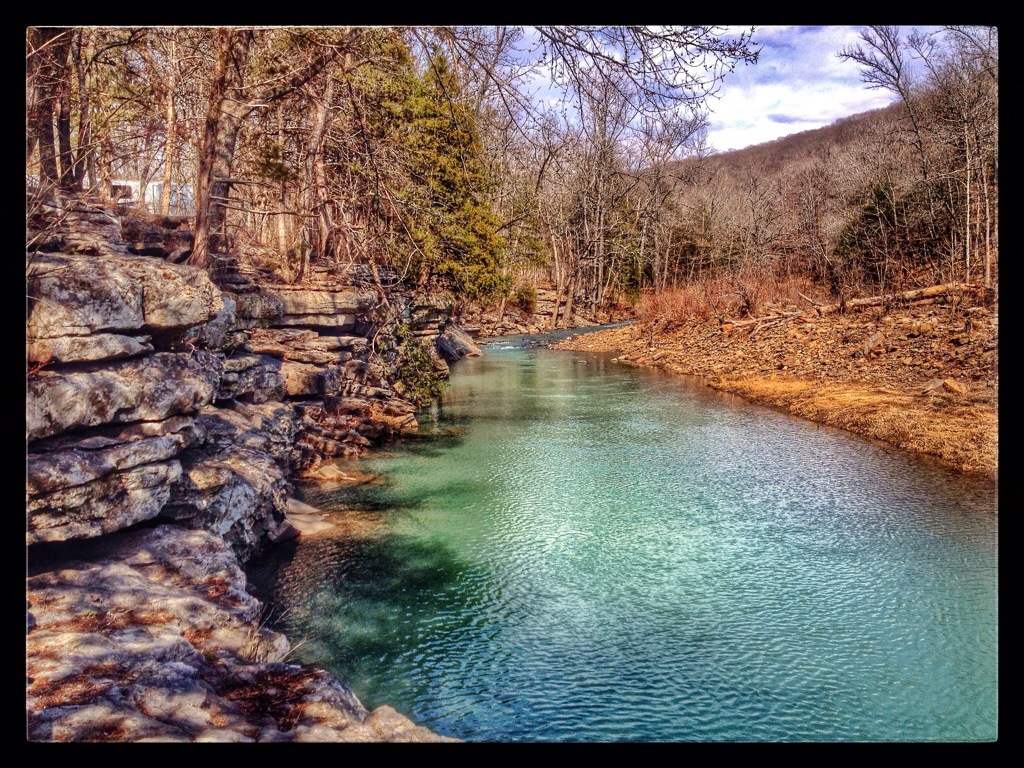 This chimney along Lee Creek is all that remains of the CCC mess hall. In the 1930s, men from the CCC built most of the park’s infrastructure — cabins, roads, bridges, trails, etc. Much of it remains in good condition. Ruins from the workers’ camp are visible in the woods near the chimney. 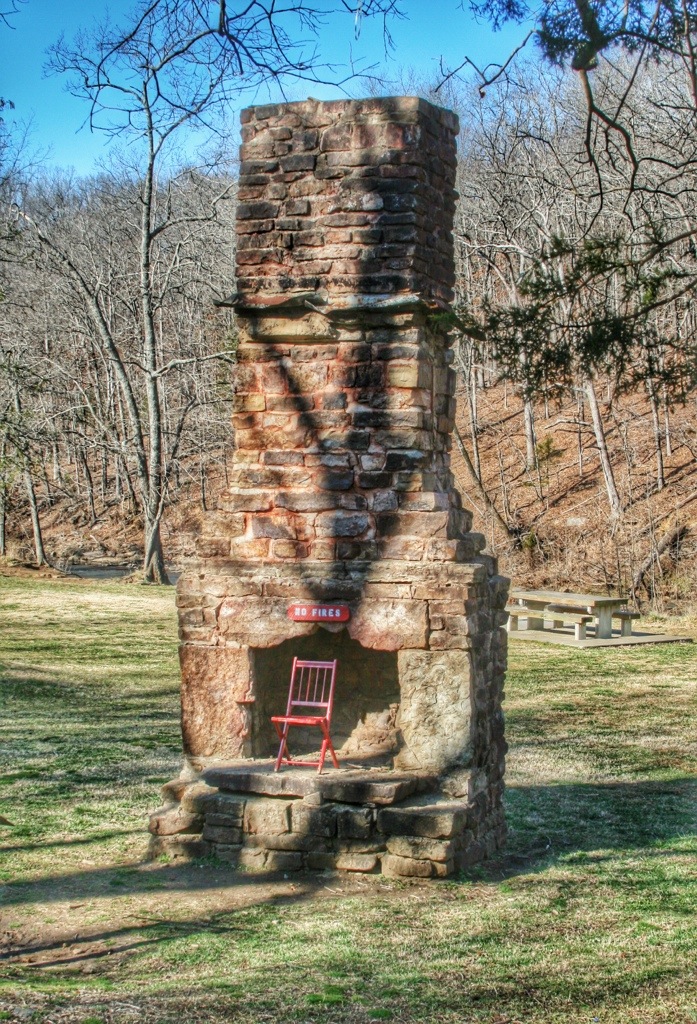 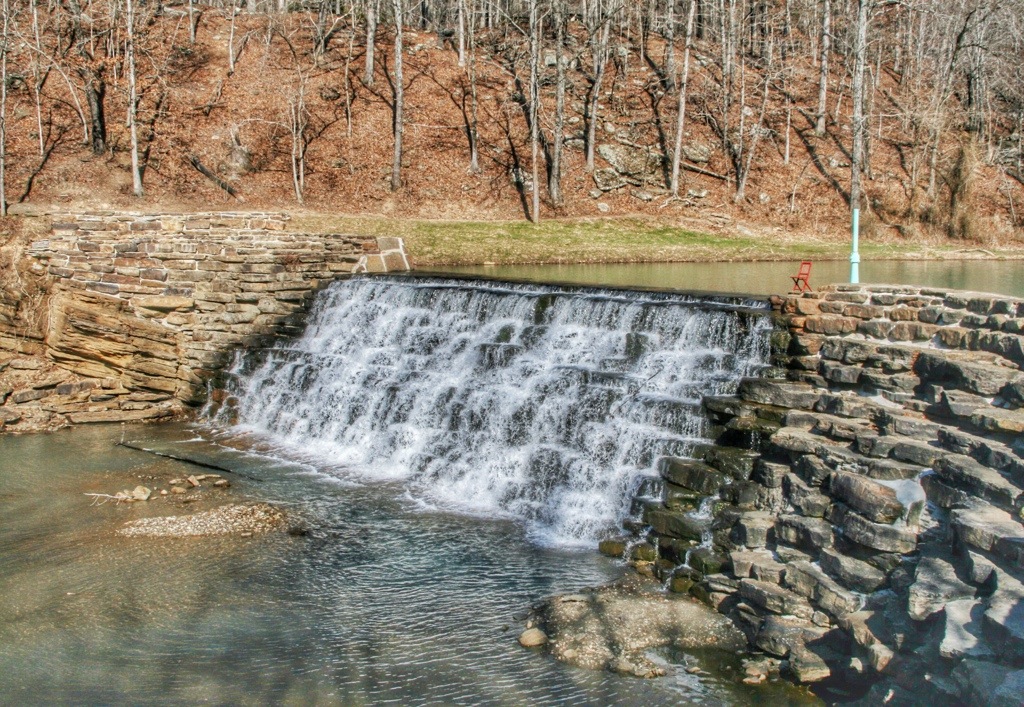 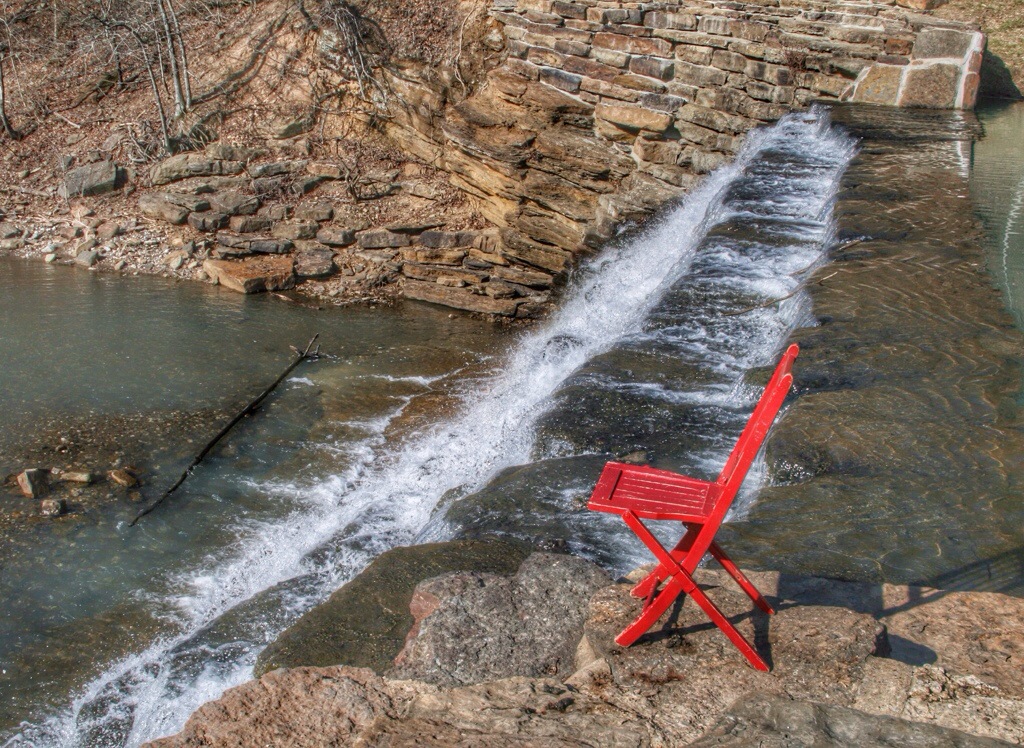 Looking south along Lee Creek from the top of the dam. The CCC chimney can be seen through the trees on the left. Our campsite was about half a mile around the bend. 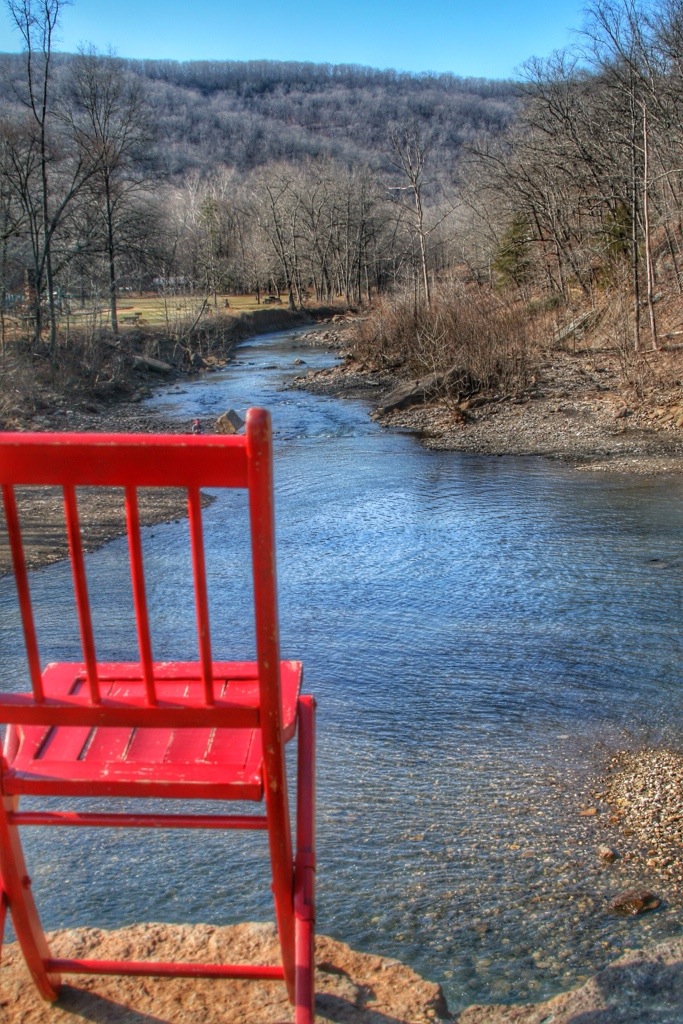 Lee Creek and the Lee Creek Bridge. The chair sits on the remains of the original bridge built by the CCC. It was destroyed by a flood. It was right along here that I spotted my lifer Yellow-throated Warbler on my first visit to the park in April 1997. 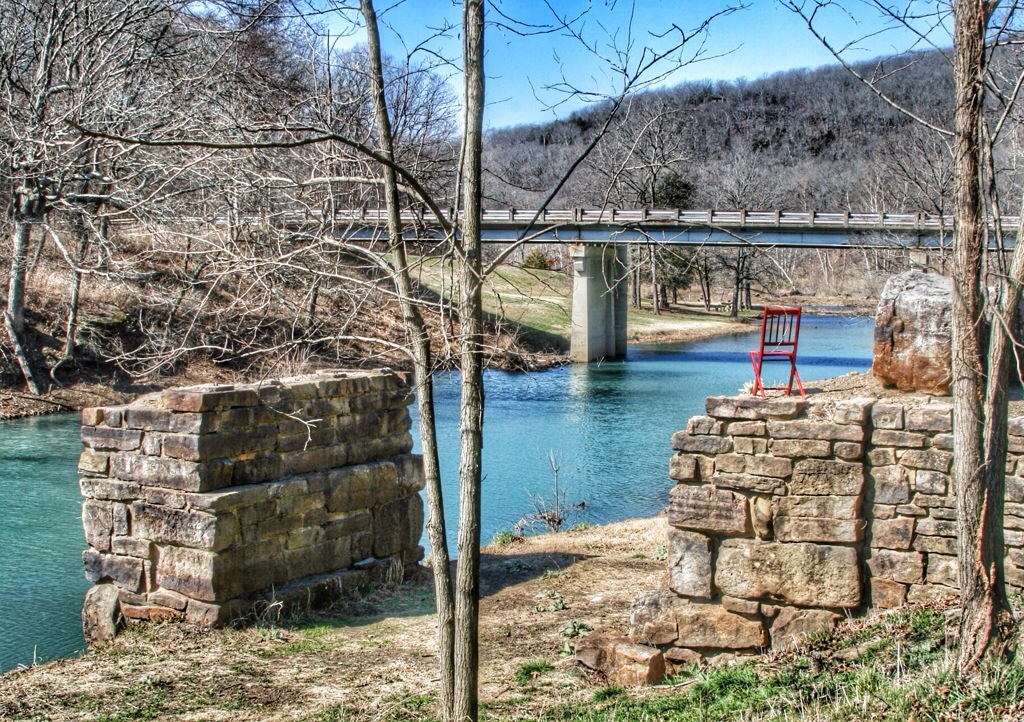 This entry was posted in Camping, Red Chair, Scenery. Bookmark the permalink.