I’ve read two of Gene Stratton-Porter’s novels, A Girl of the Limberlost and Freckles. The setting for both was the Limberlost Swamp in east-central Indiana.

Gene was a novelist, naturalist, photographer and artist. She married George Porter, a businessman who lived in Geneva, Indiana. Gene designed their home, which was completed in 1895. The couple lived here until 1913 when the swamp was drained for farming. At that point, Gene moved about 75 miles north to Rome City and built a house on Sylvan Lake. George stayed in Geneva, near his businesses, but visited Gene and their daughter Jeannette on weekends. The house was loaned out to local schoolteachers for several years before being made into a museum.

The house was featured in a couple of the novels, as was Gene herself, as the “Bird Woman.” We had a private tour by a guy whose chief occupation is naturalist in the restored swamp area. 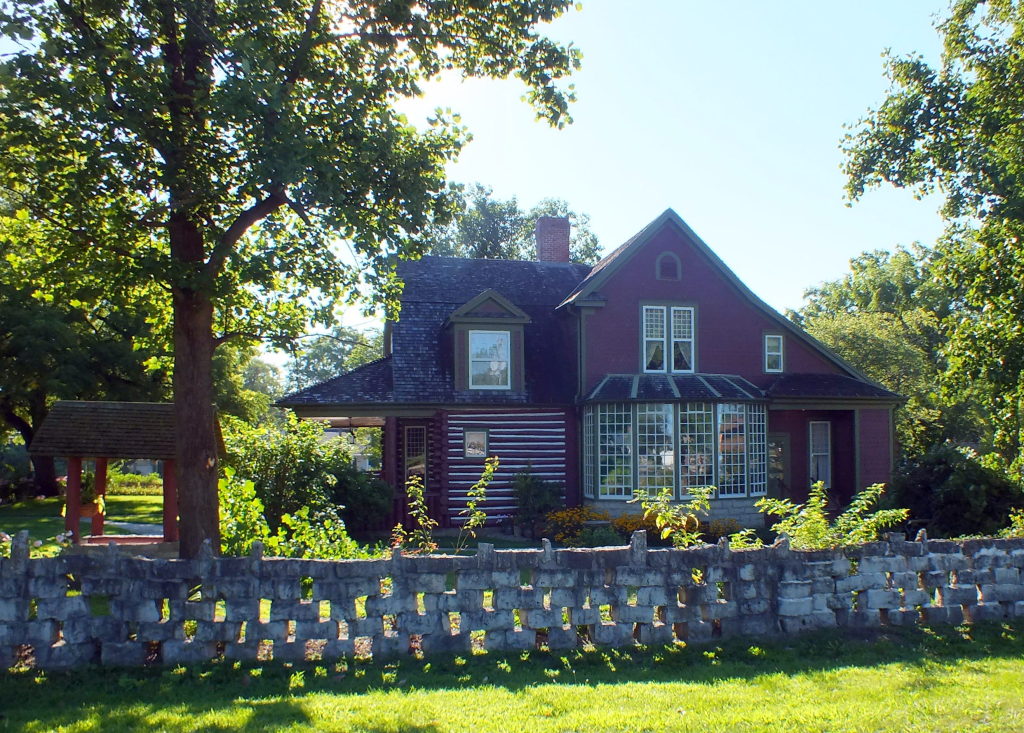 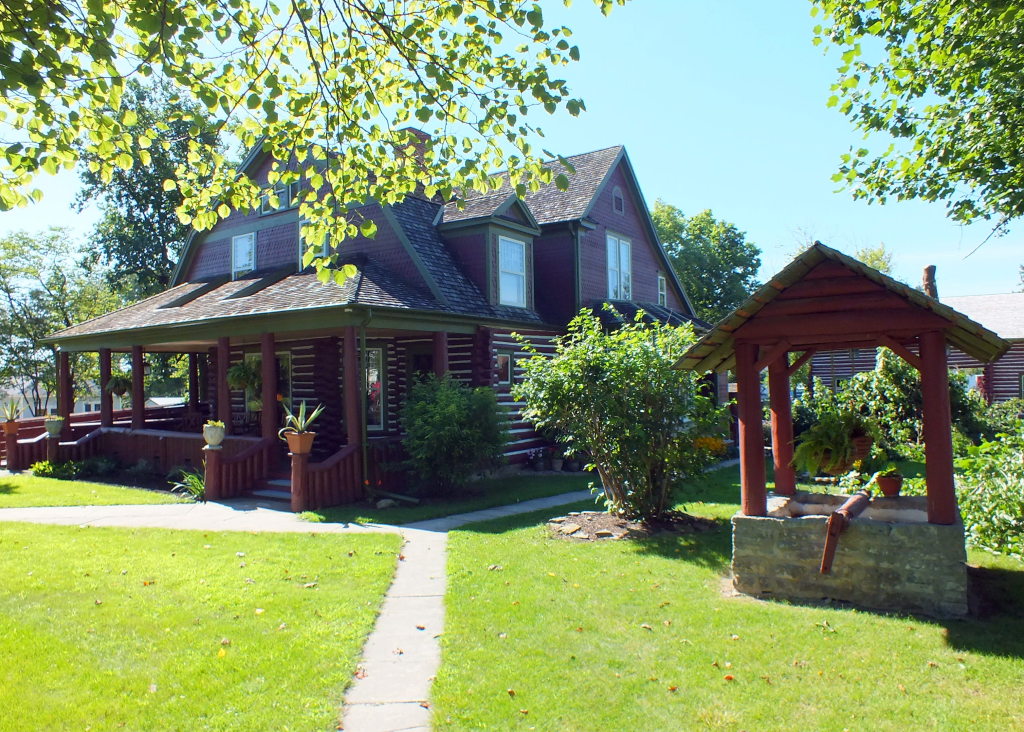 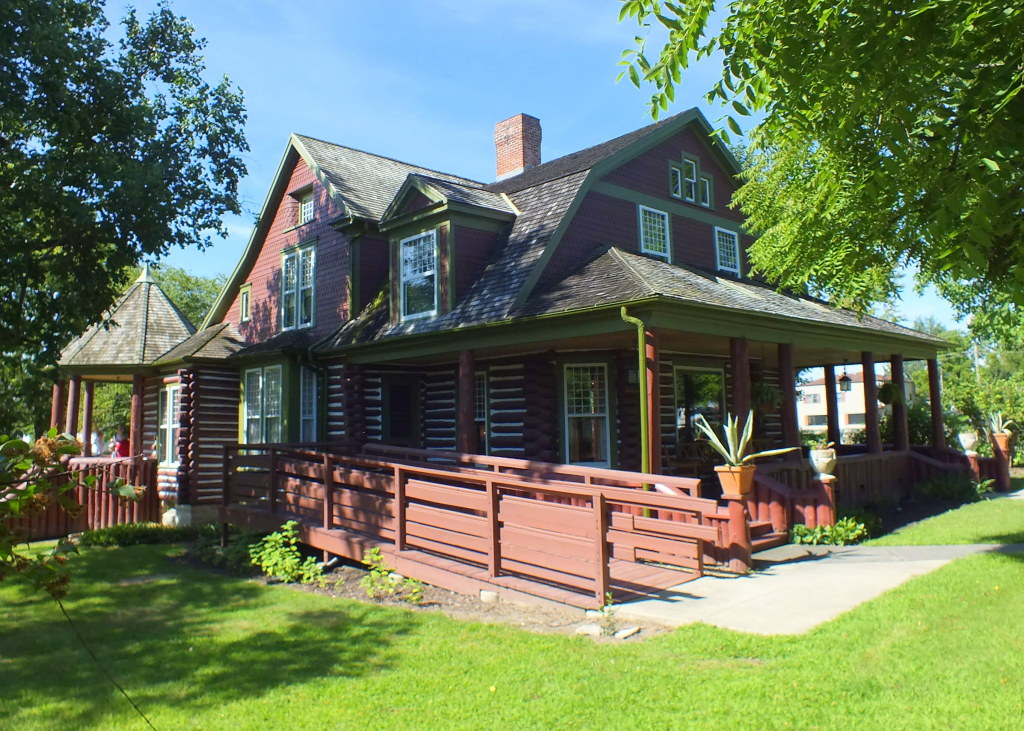 There was a tree service cutting down dead ash trees on the day of our visit. Some of the trees were there when the Porters owned the house. 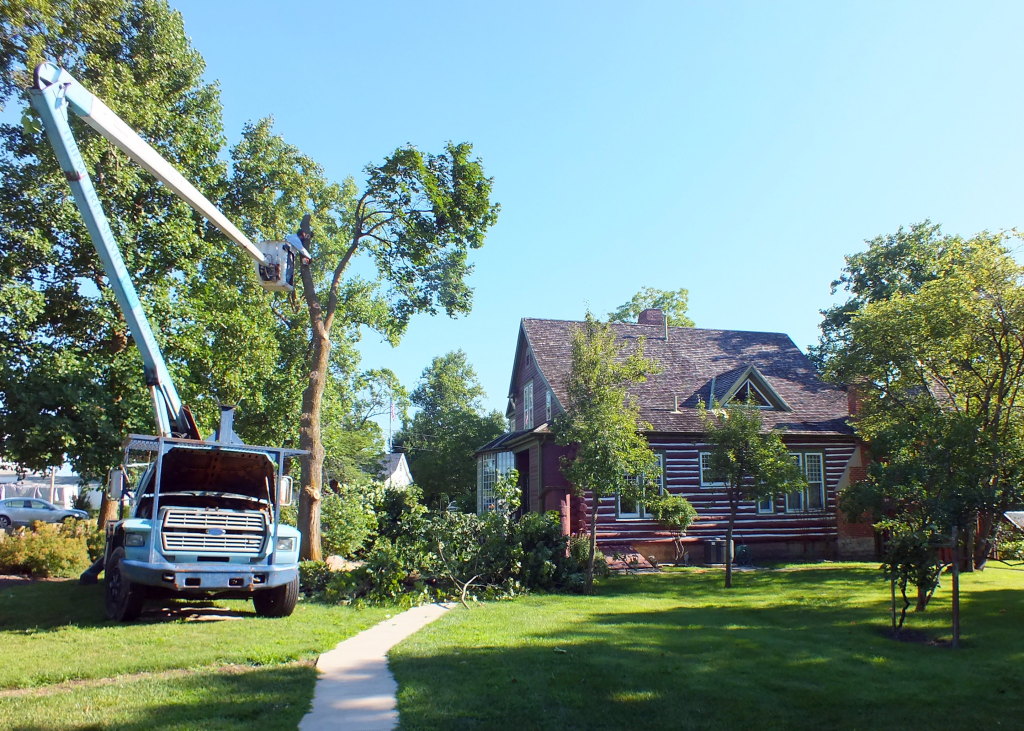 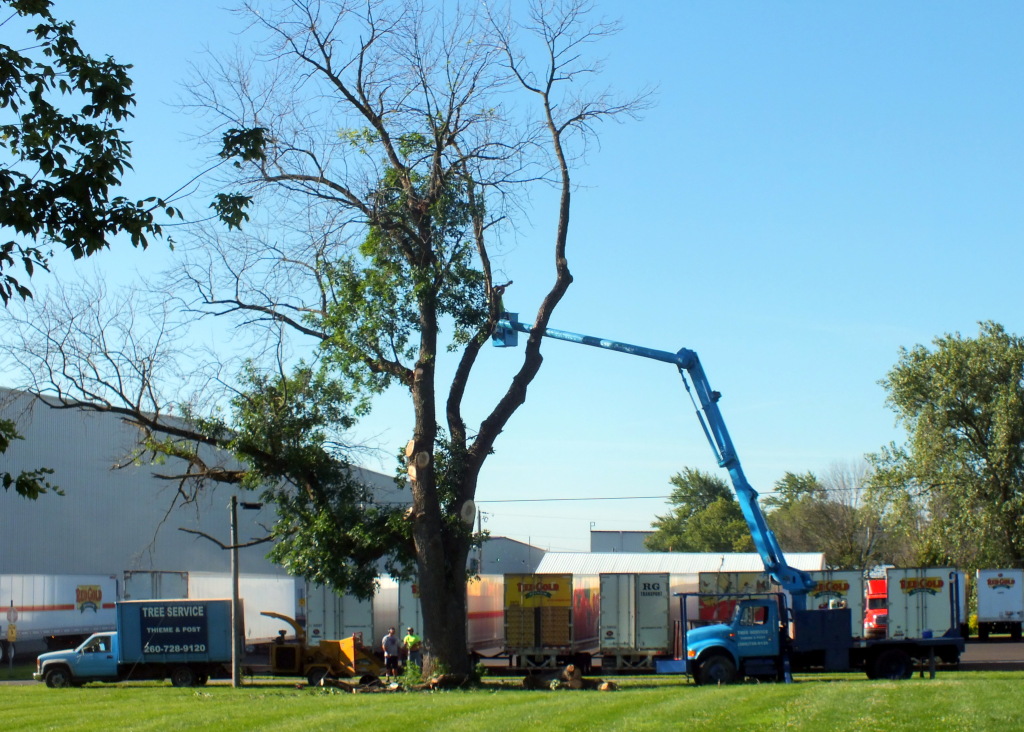 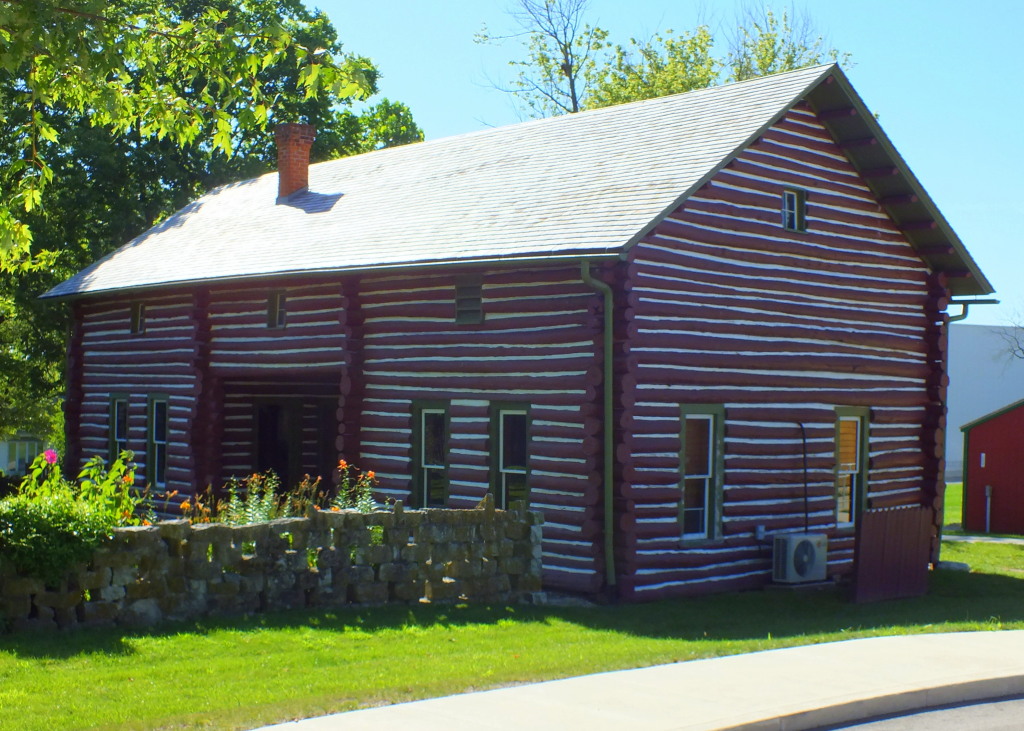 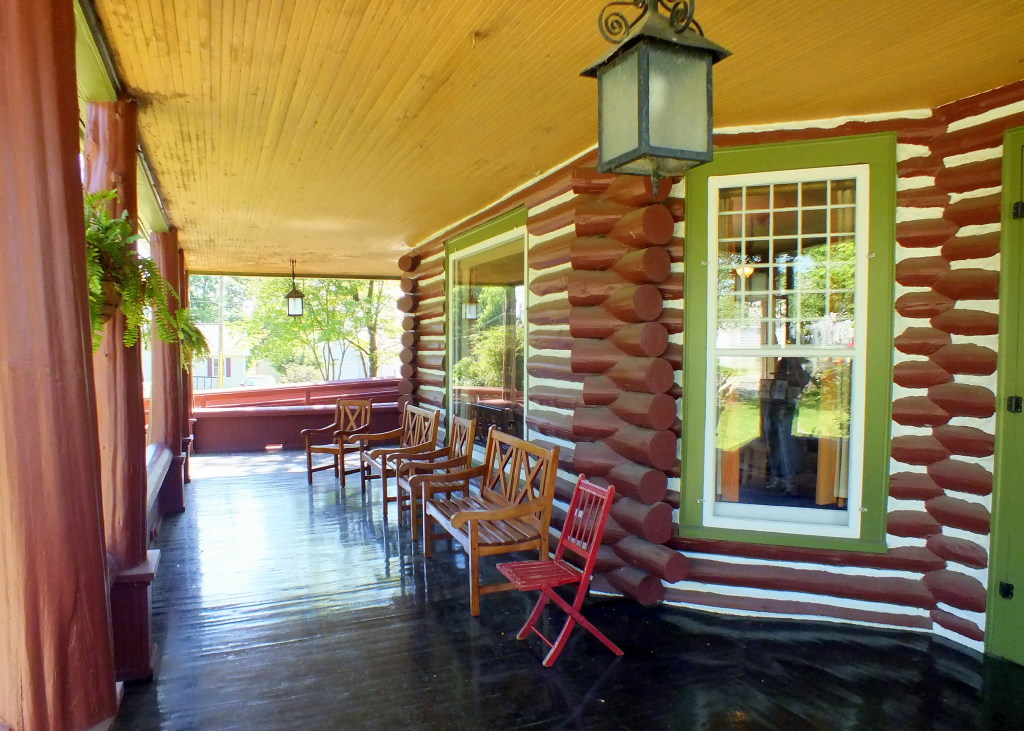 The library, where Gene wrote. Most of the furnishings were period pieces but there were some original pieces in the house. 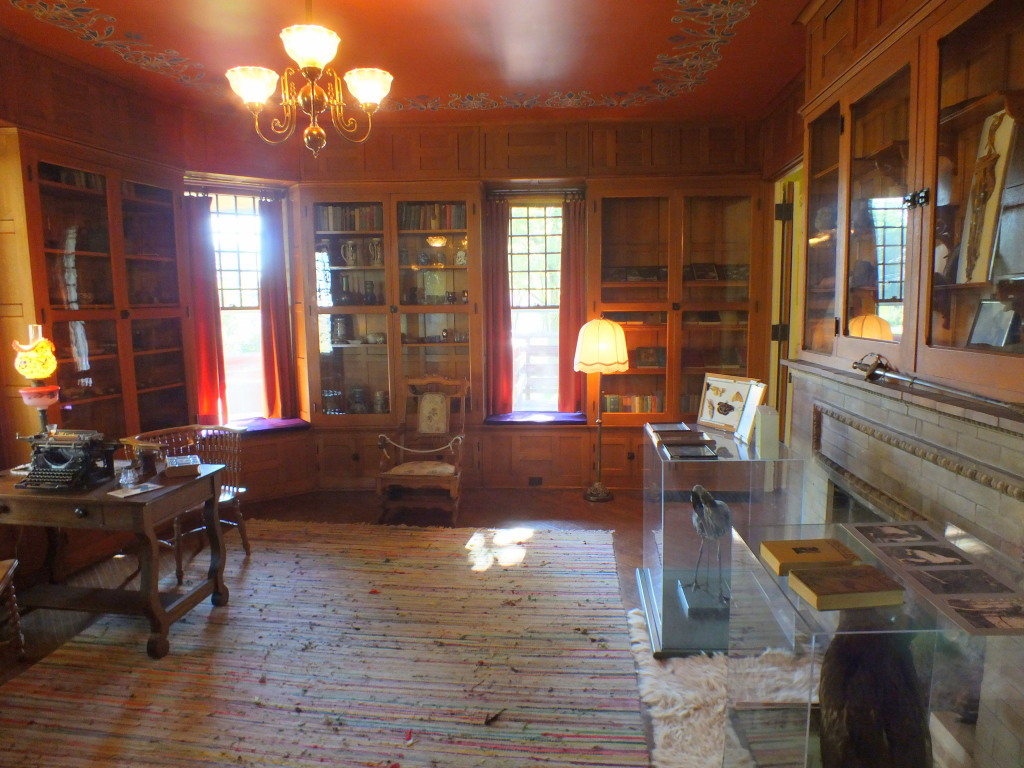 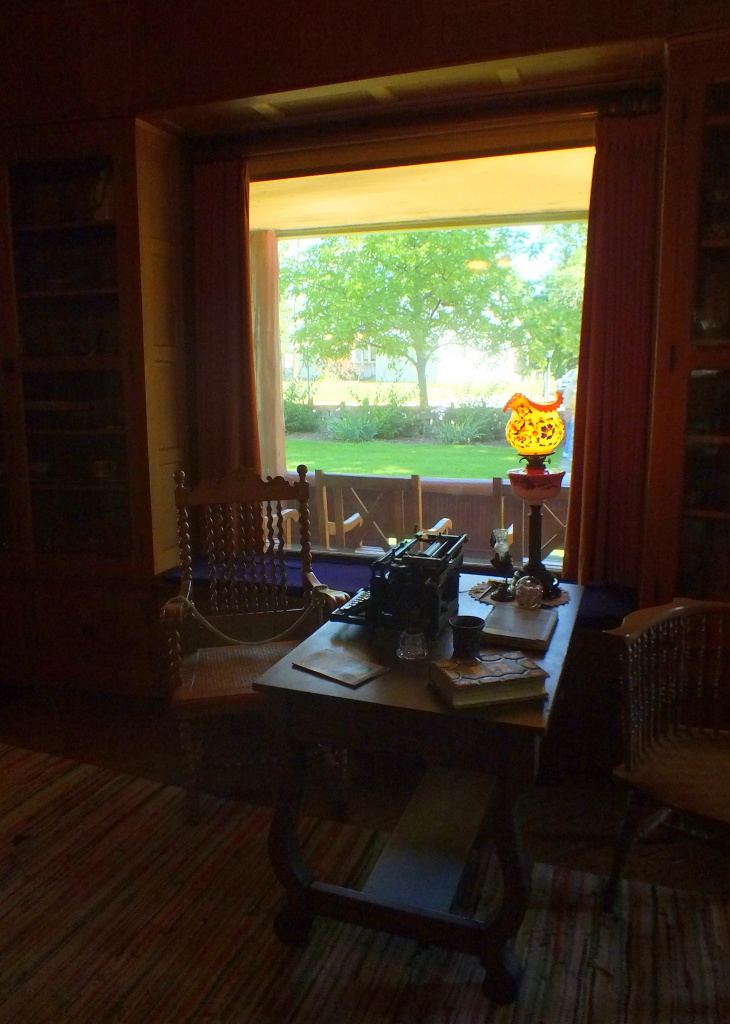 Our guide and a photo of the fireplace behind him. The mounted Golden Eagle in the photo is the one in the case. 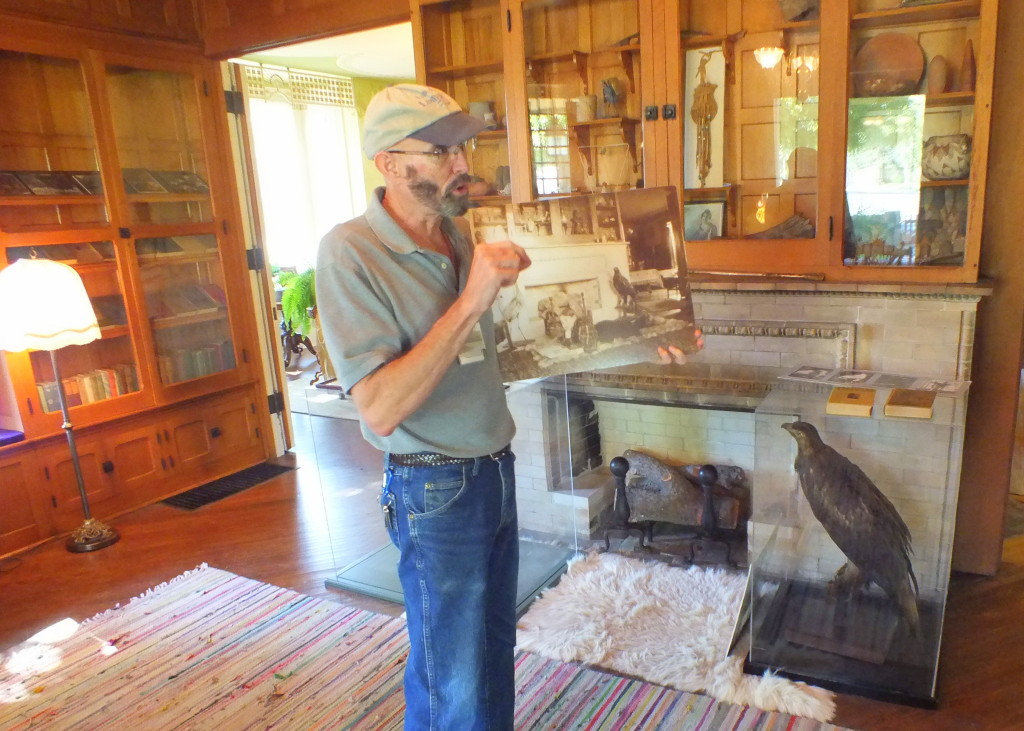 The music room. The painting in the corner is an original by Gene. 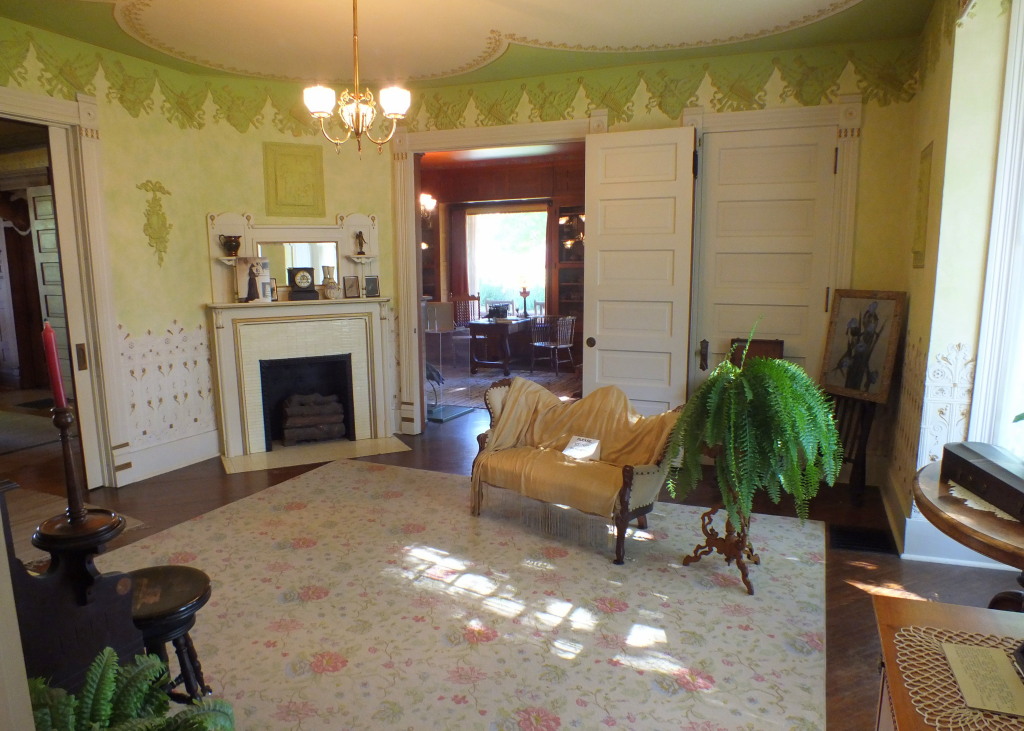 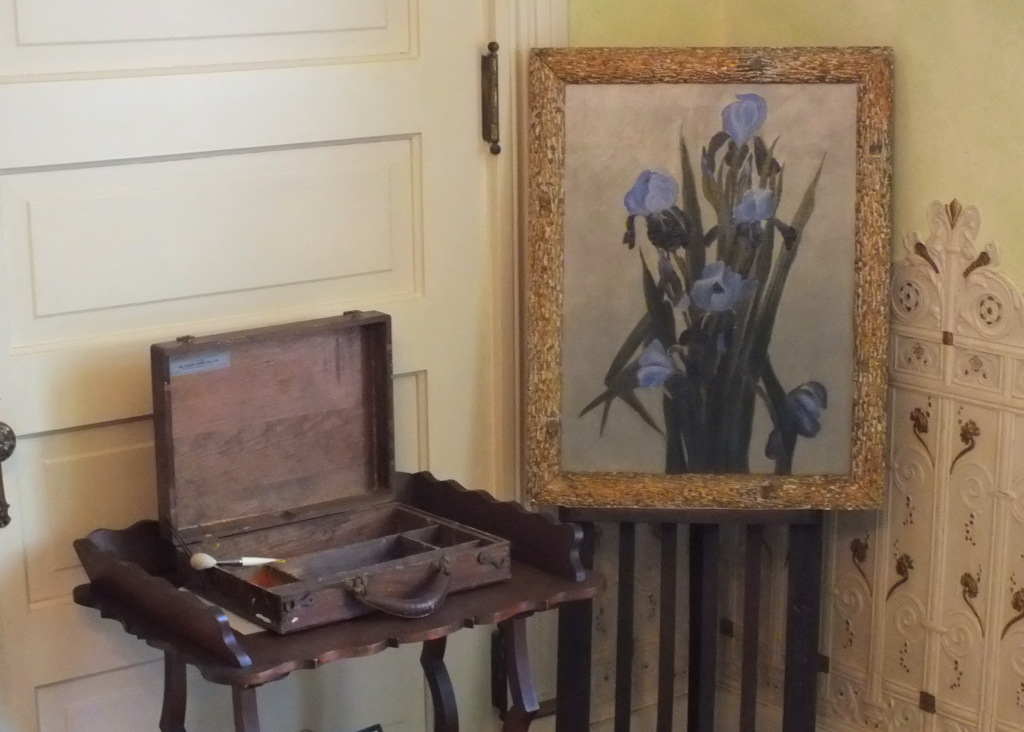 The guest bedroom. the moths and butterflies are original. The drawing on the wall is Jennette, as drawn by Gene. 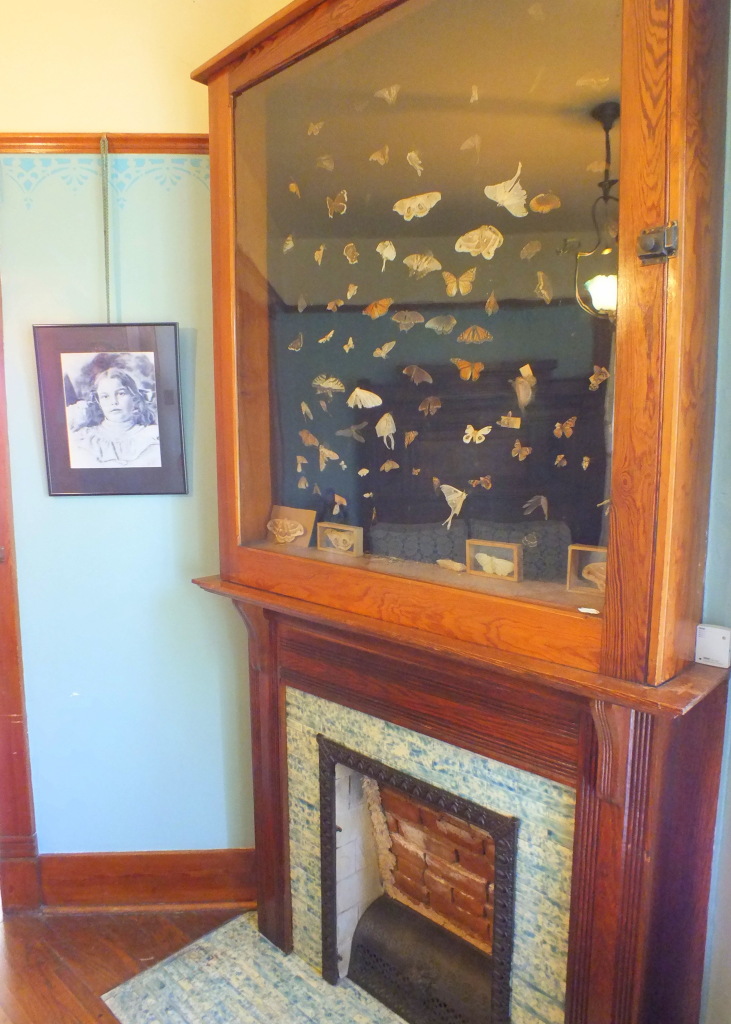 The downstairs bathroom, which Gene used as a darkroom 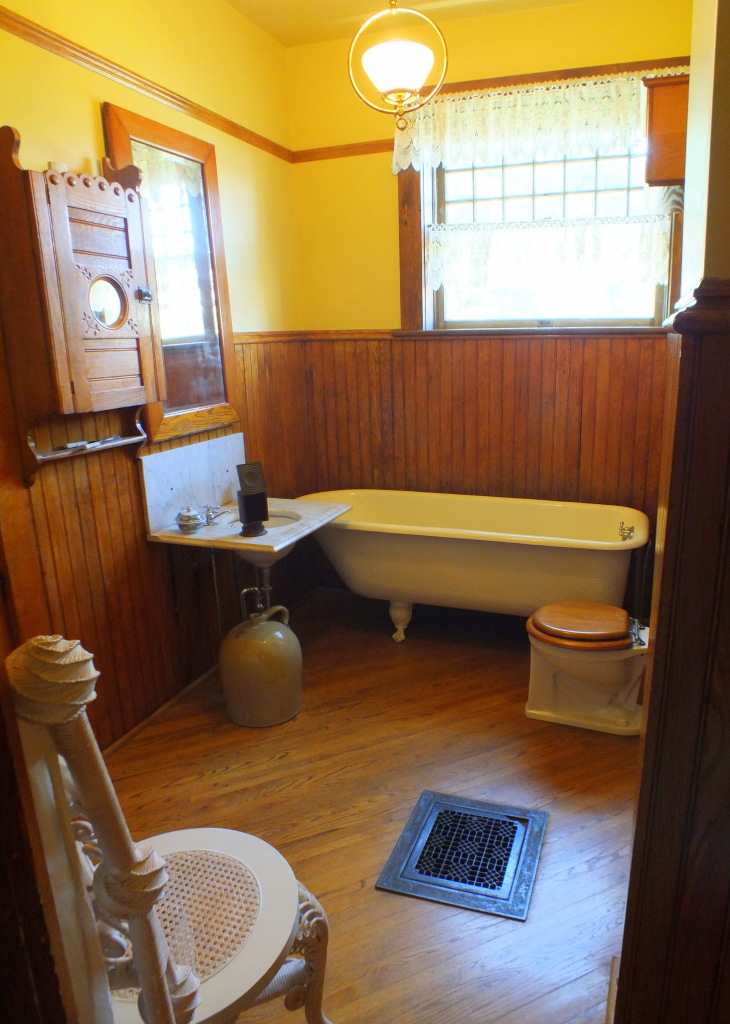 The dining room. The paneling is oak. 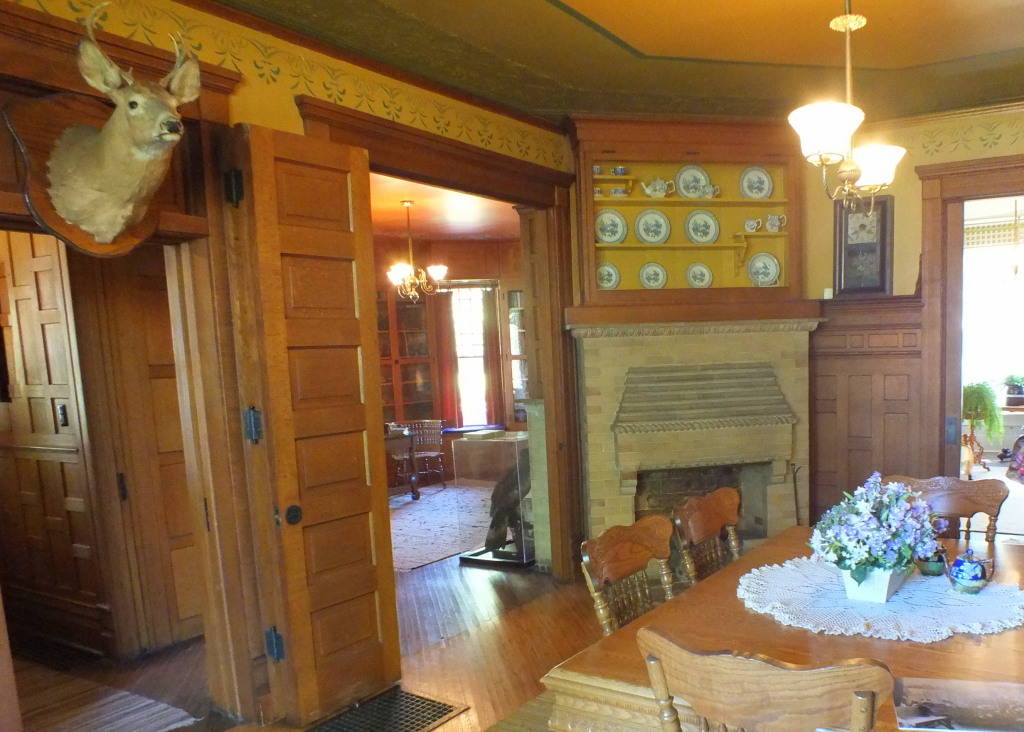 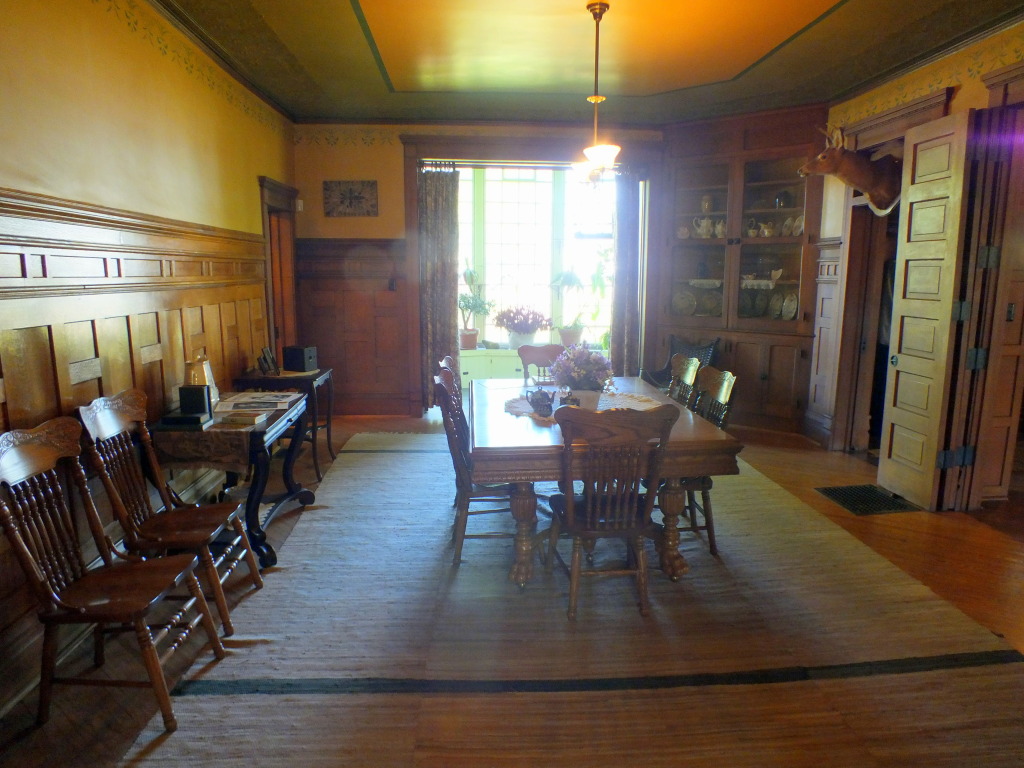 The atrium, which was mentioned in one of the novels. 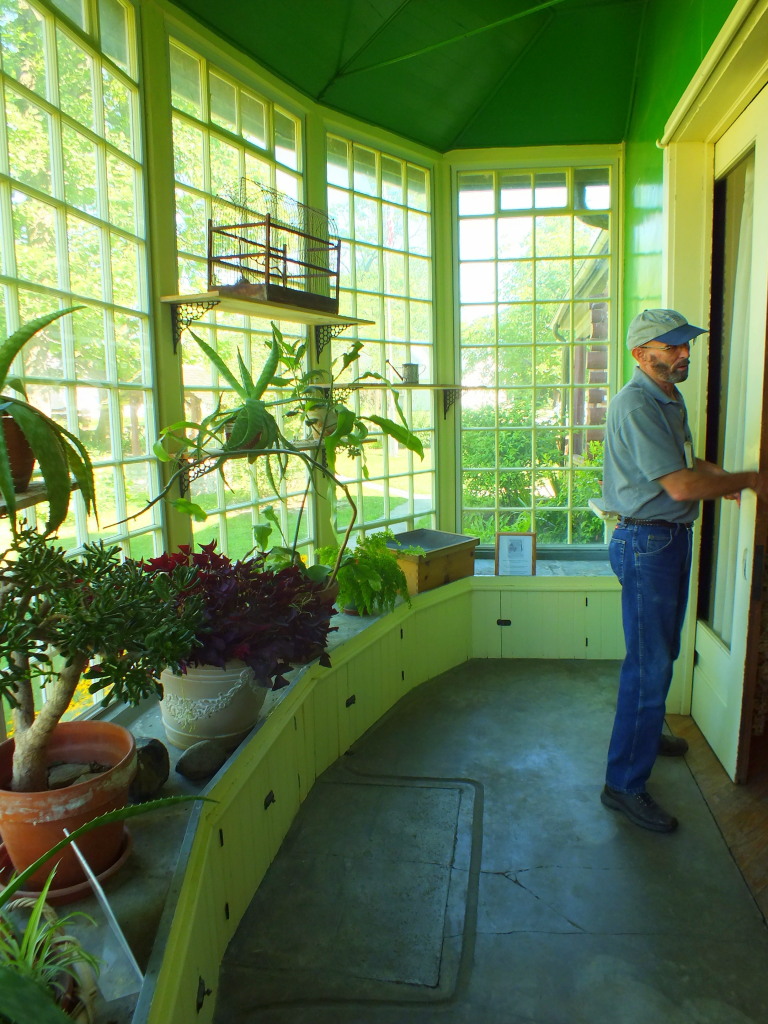 We also saw the upstairs rooms, but they aren’t restored or furnished. We visited, not because we’re huge fans of Stratton-Porter — my wife hasn’t read any of her books — but because we like seeing how people lived in the past. Because her novels have gone out of vogue, Stratton-Porter isn’t well known these days. But for 20 years or so at the beginning of the 20th century, she was very popular and famous. J.K. Rowling, author the Harry Potter series, lists her as one of her favorite writers. But apart from all that, this was an enjoyable tour of a comfortable, practical, attractive house.