Until very recently, the only way to see Johnson’s ranch was on a bus tour. But his wife, Lady Bird, died in July, 2007 and the National Park Service is working on opening up the site to visitors. We were allowed to cross the Pedernales River and drive about. We were provided with a DVD that was supposed to guide us to the site, but it was short and sparse and we didn’t pay it much attention.

It doesn’t take long to realize that LBJ was an egoist. The reason so much of the area is preserved is because he saw to it that his “legacy” would endure. Take his birthplace, for example. The original house is long gone, but LBJ had it reconstructed on the original foundation and with the original floorplan. He used it as a guest house for visitors on the ranch. The small cabin is a dog trot. We couldn’t go inside, but we were able to look in through the doors. It was fixed up cozy-like with, apparently, wallpaper on the floor. 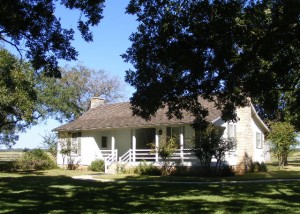 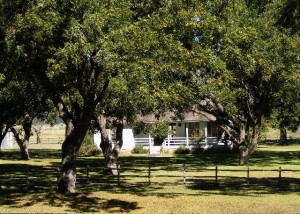 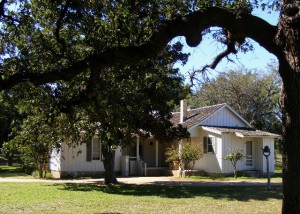 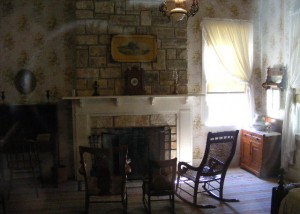 Across the road and down a-ways was the Johnson Family Cemetery. Lyndon’s grave is marked by the largest stone visible through the gate. The flowers next to it mark Lady Bird’s grave. 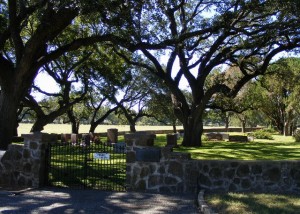 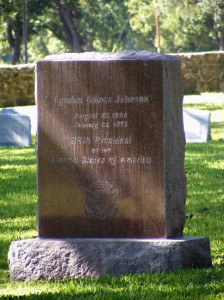 Beyond the cemetery is the home where Sam Ealy Johnson (Lyndon’s grandfather) lived sometime before or after he lived in the dogtrot in the Johnson Settlement. We couldn’t go inside this building. 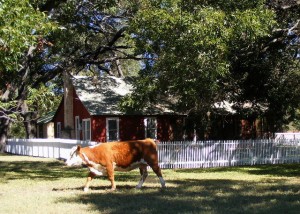 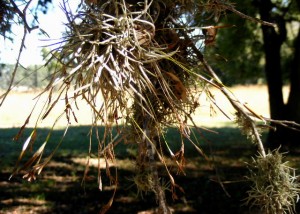 You probably noticed the cow. We were a bit startled to discover that they wandered about the ranch at large. This one stopped for a bit and stared at us, but soon continued on its merry way. More on cattle in a future post. One other thing we couldn’t help but notice was the ball moss that coated every tree in south Texas. It’s an air plant related to Spanish moss. It gets all it’s nutrients from air and rain and does not damage to trees except when it gets real thick and then it rains. The moss soaks up the moisture and sometimes branches break from the weight.