We’re still settling into our new house, putting up curtain rods, painting, stuff like that. But we decided to take a break and see something local.

The McAllister House was built in 1873, at a time when all the houses in Colorado Springs were thrown-together shacks. Henry McAllister was a Quaker from Pennsylvania who worked in the iron and steel industry. During the Civil War, he served in a cavalry scouting unit under General William Jackson Palmer, the founder and promoter of Colorado Springs. Palmer asked him to come out here with his wife Elizabeth and son to help with the organizing and promoting of the resort city. The couple had two daughters and remained active in city politics until Henry’s death in 1921. 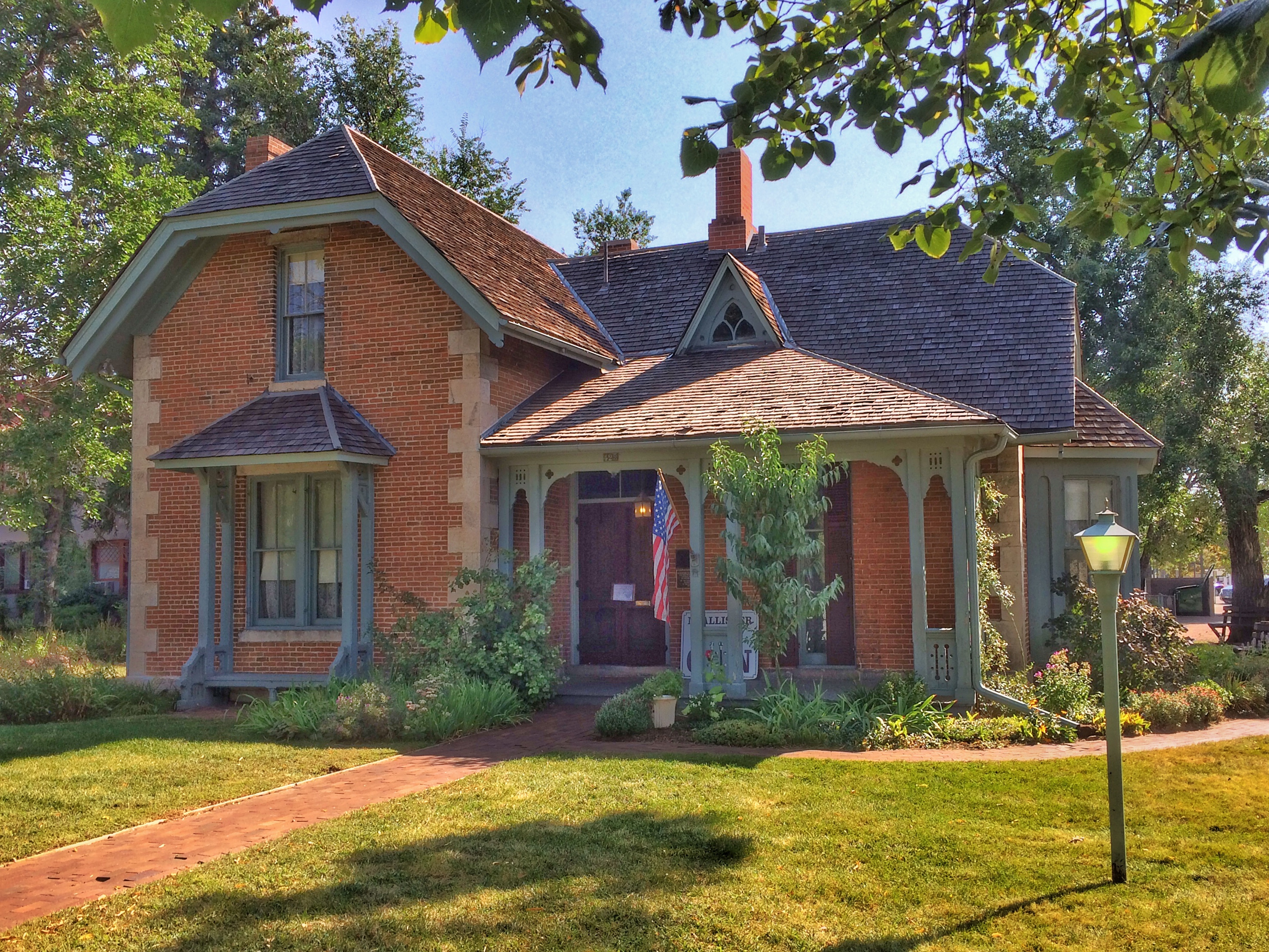 For the next 30 years, the house was rented to a woman who used it as a candy shop. When she died in 1958, the house was in danger of being torn down for a parking lot when the National Society of the Colonial Dames of America bought it and turned it into a museum. 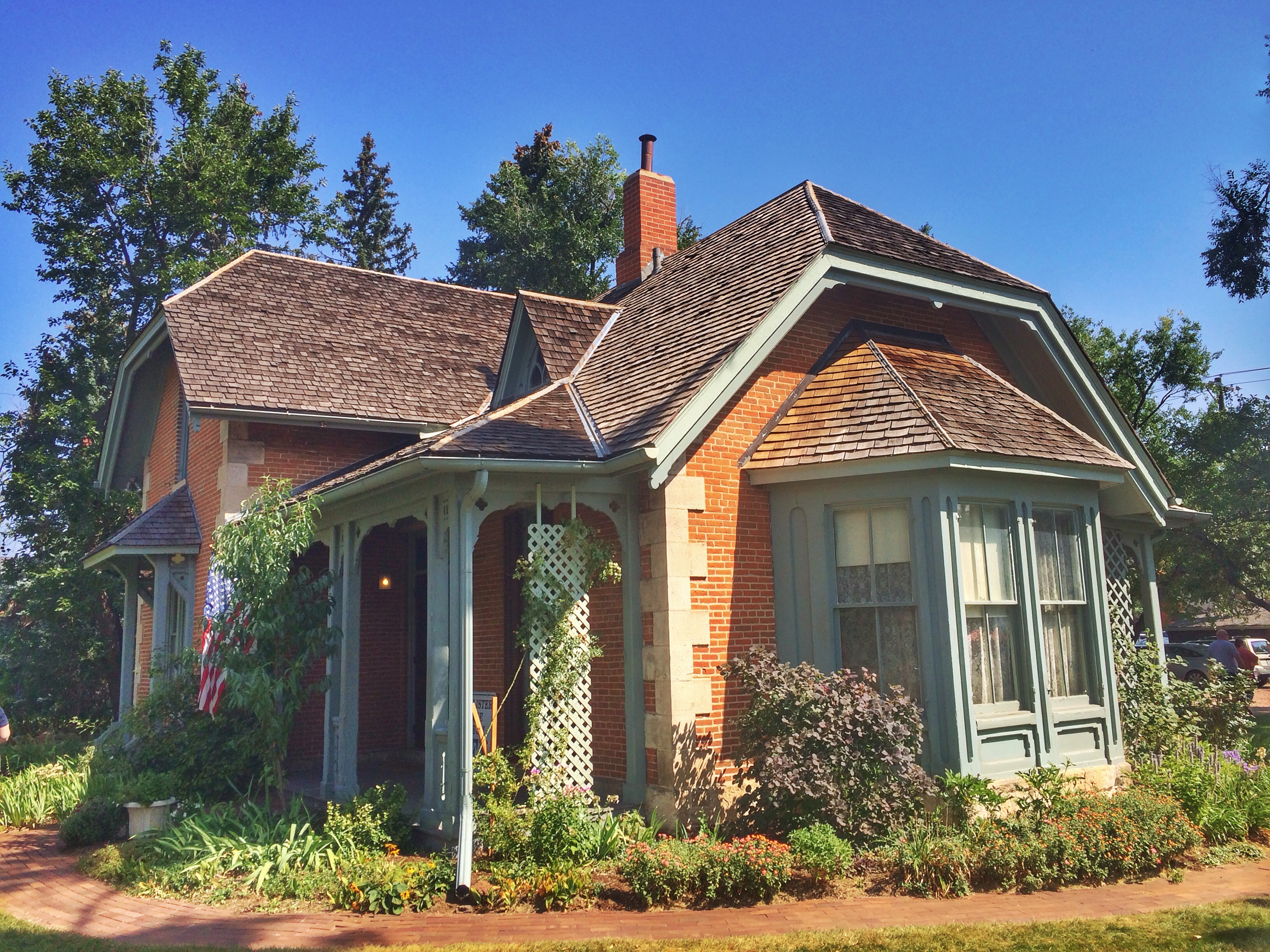 There was another couple on our tour. Our very pregnant guide was well-informed and pleasant.

The bench on the left surrounds the stump of an apple tree. It was the final survivor from Henry’s orchard until it was destroyed during a wind storm in January of this year. 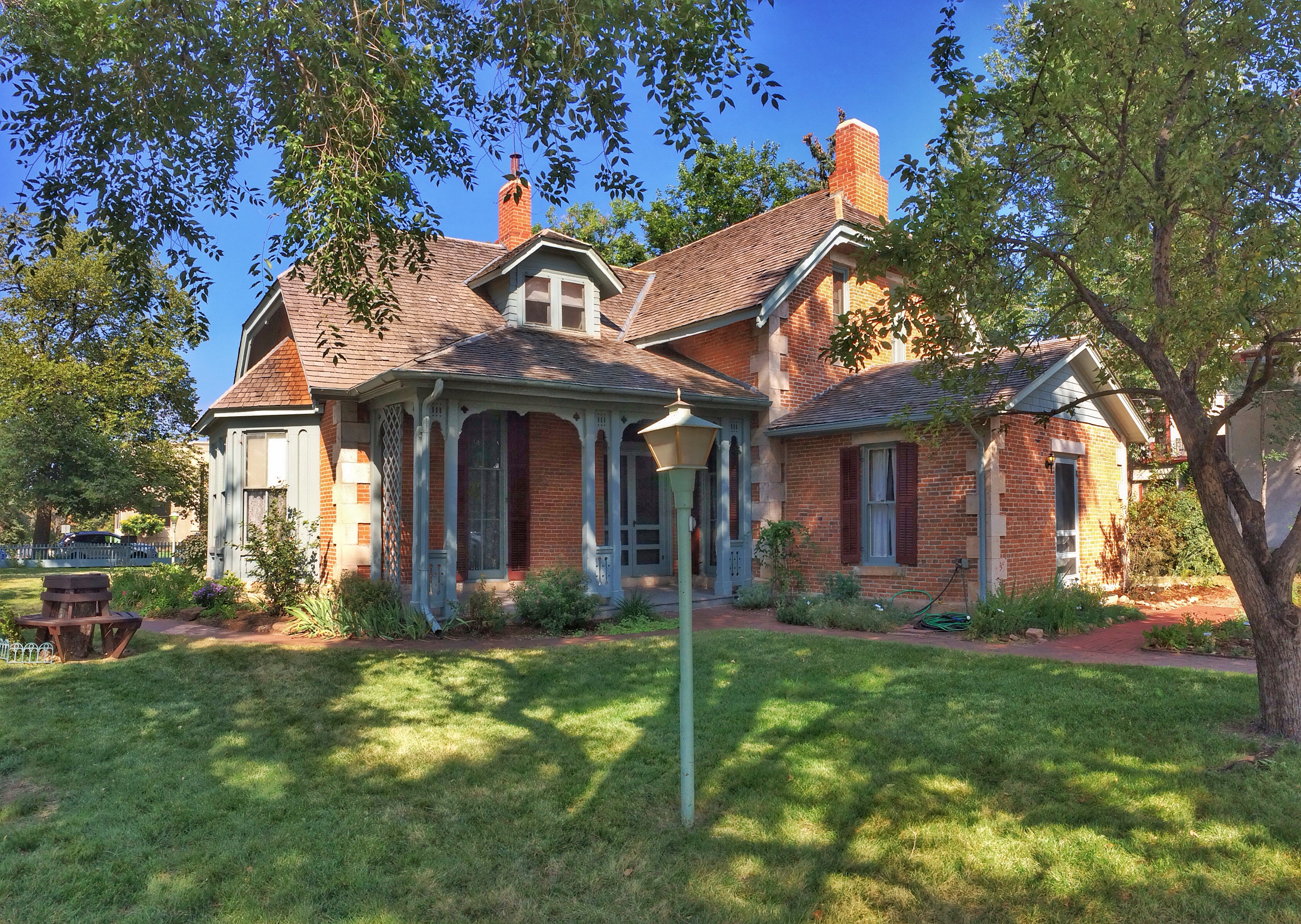 Even though the McAllisters were part of the social in-crowd, their Quaker beliefs led them to life a simple life in a small home. Henry had an office in the house, where he received visitors. 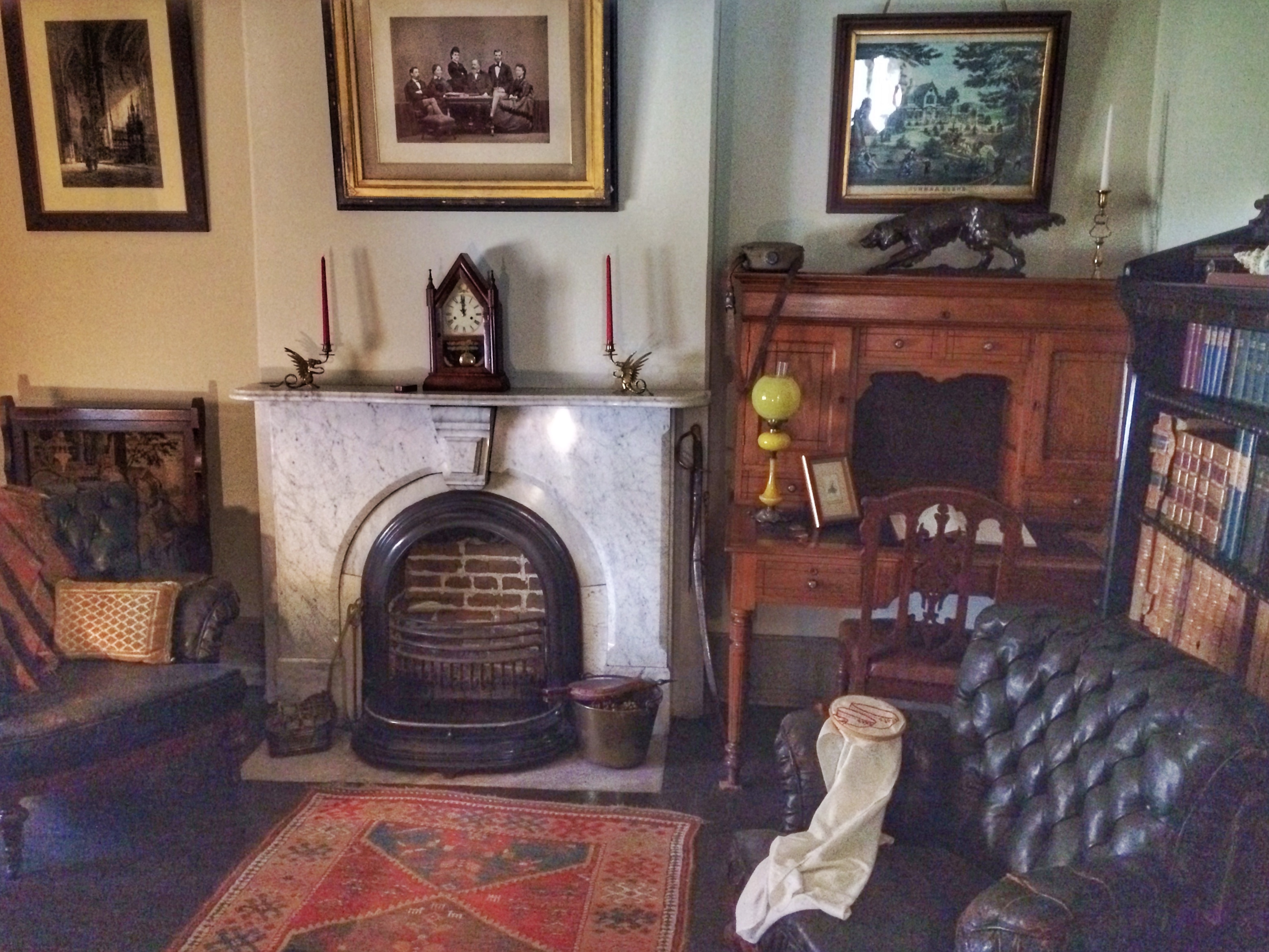 The fireplace is designed to look like an arch with a keystone in honor of Pennsylvania, the “Keystone State” where Henry was from.

There were several pieces of original furniture in the house. The McAllister’s youngest daughter was still alive when the museum was established, and she visited several times.

Two views of the living room. 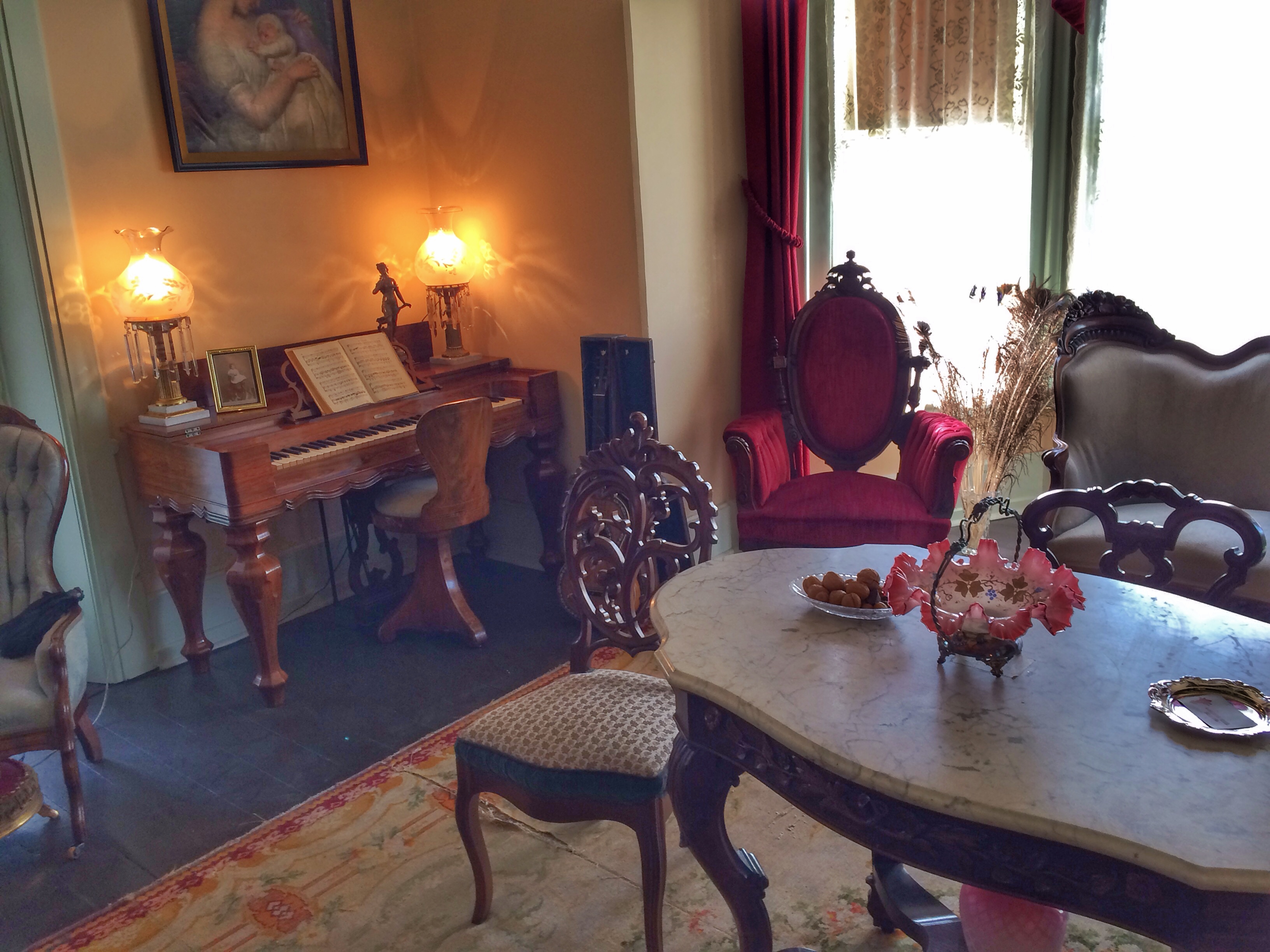 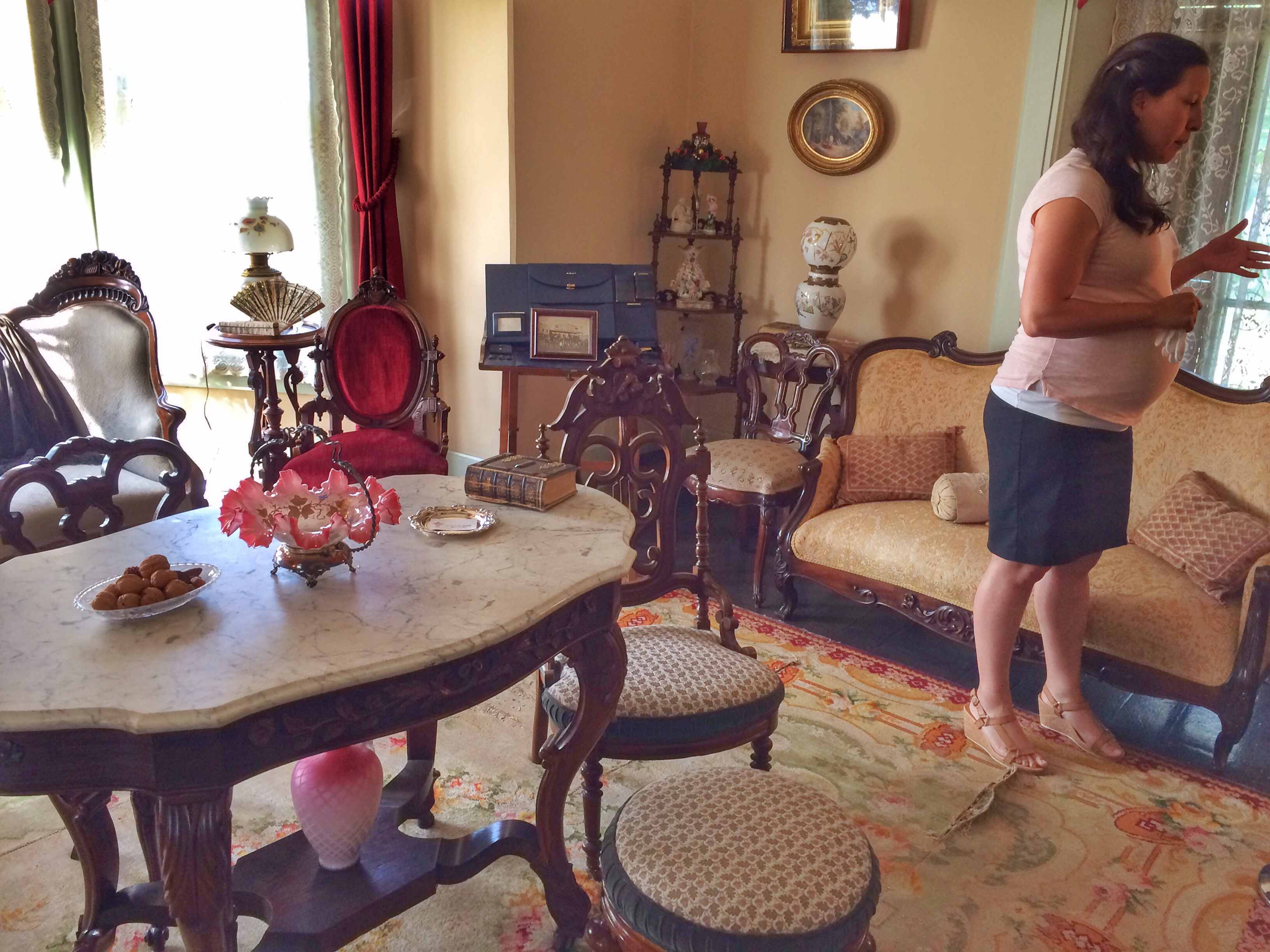 The master bedroom. There was a servant’s apartment upstairs where a live-in maid lived. It has since been turned into a bathroom. 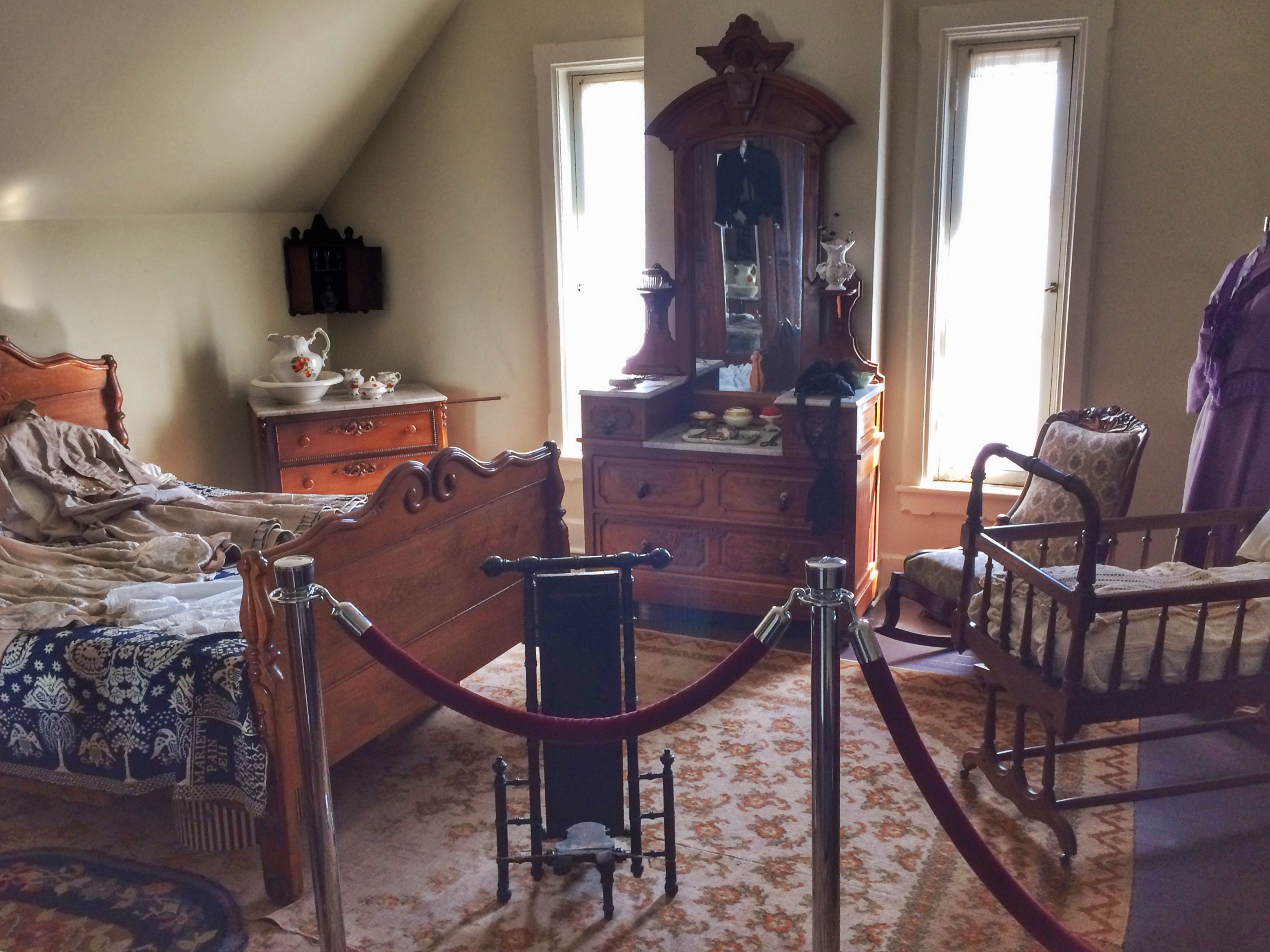 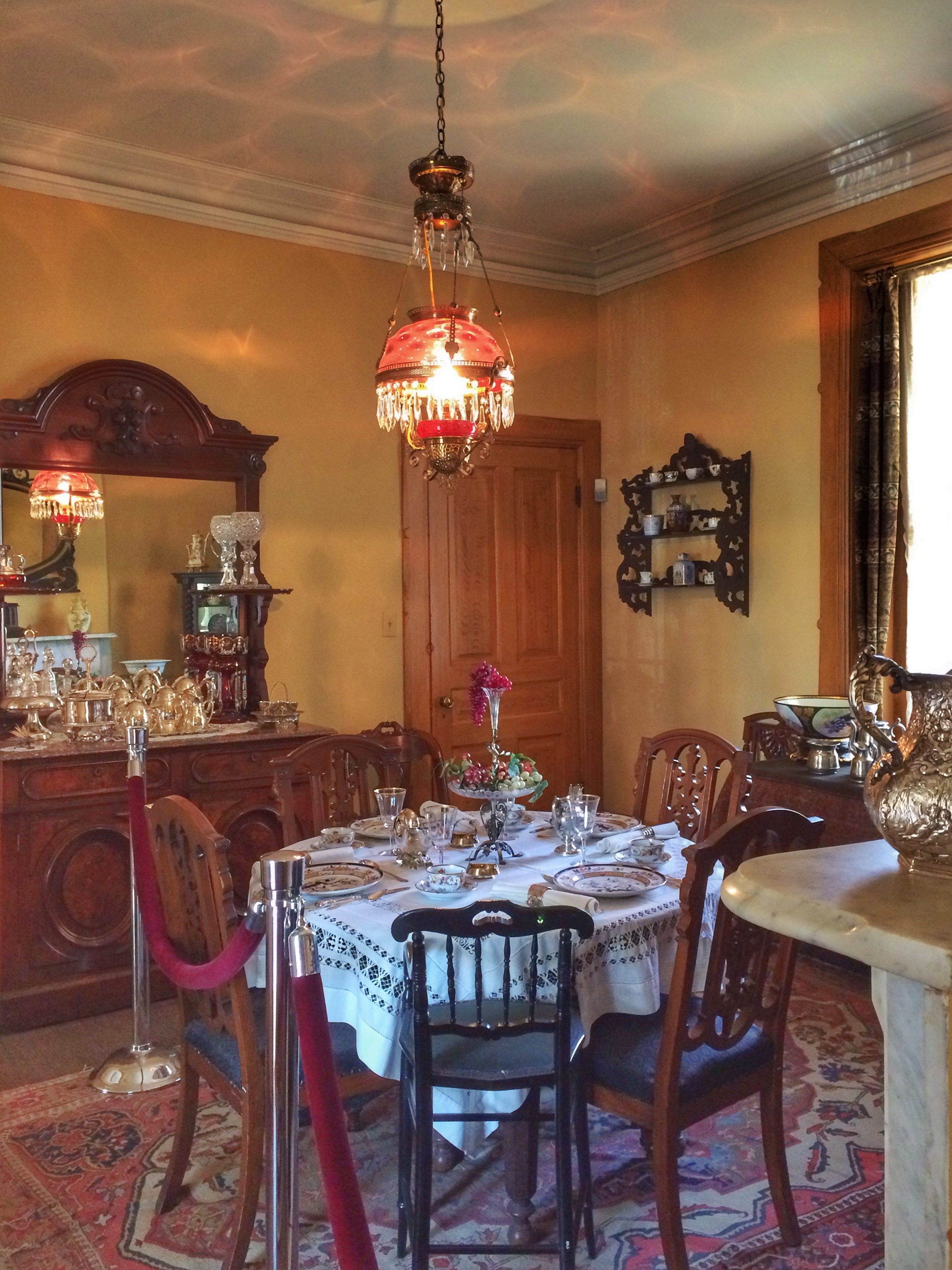 We’ve toured dozens of old houses, and they all tend to blend together. But this one had some unique features, carved doorways, ornamental framing around an outside window that formed a bench, the keystone fireplaces. We decided it was well worth the visit.