On a hill alongside the McKinley Presidential Museum was the memorial where William and Ida are buried. 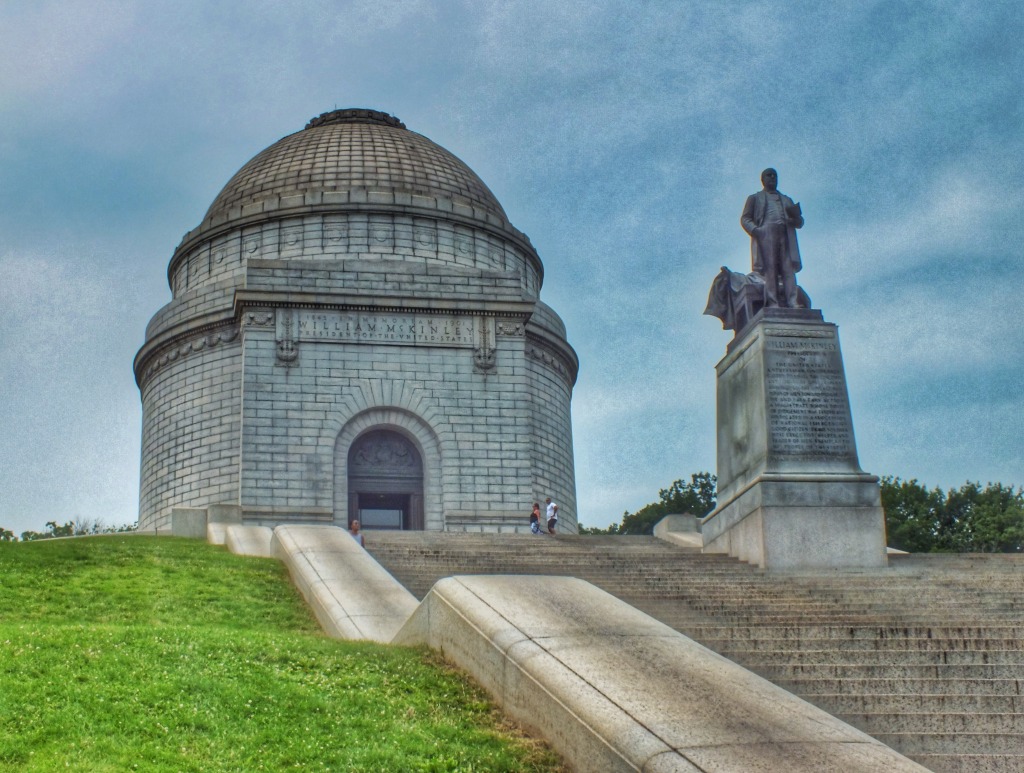 The statue of McKinley was modeled after a photograph taken of him in Buffalo, New York shortly before he was shot. 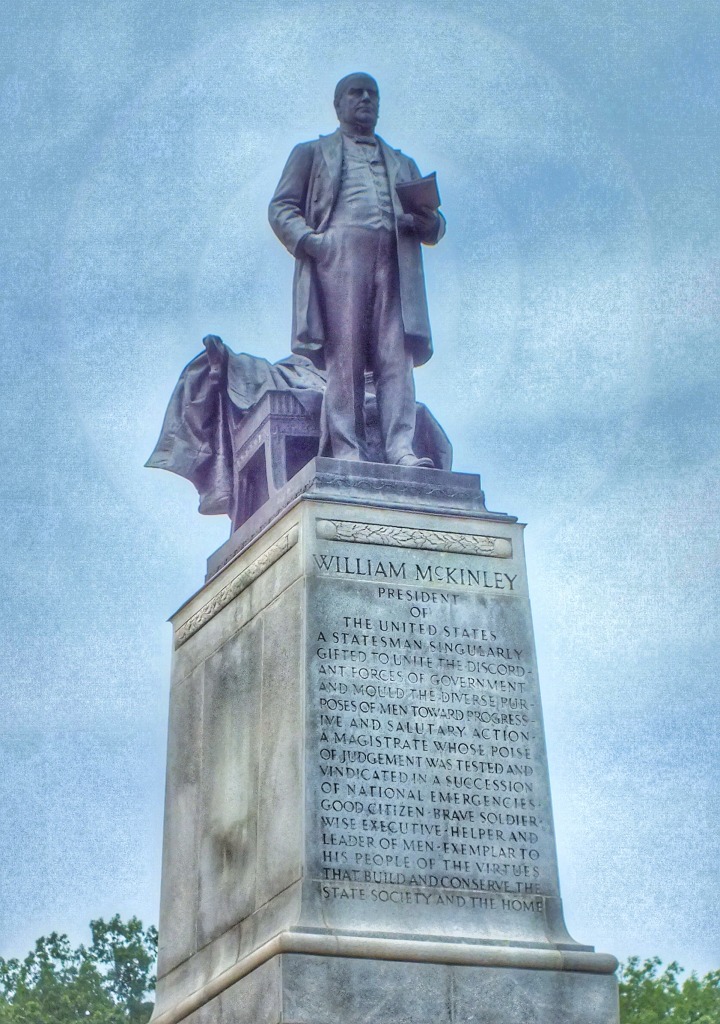 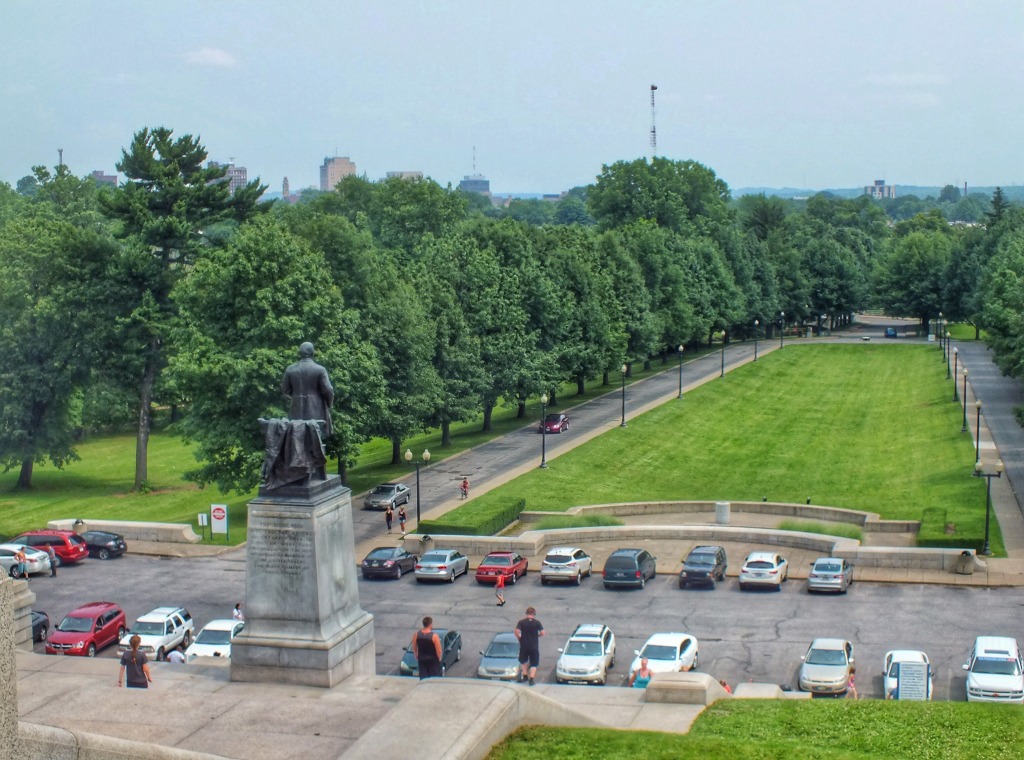 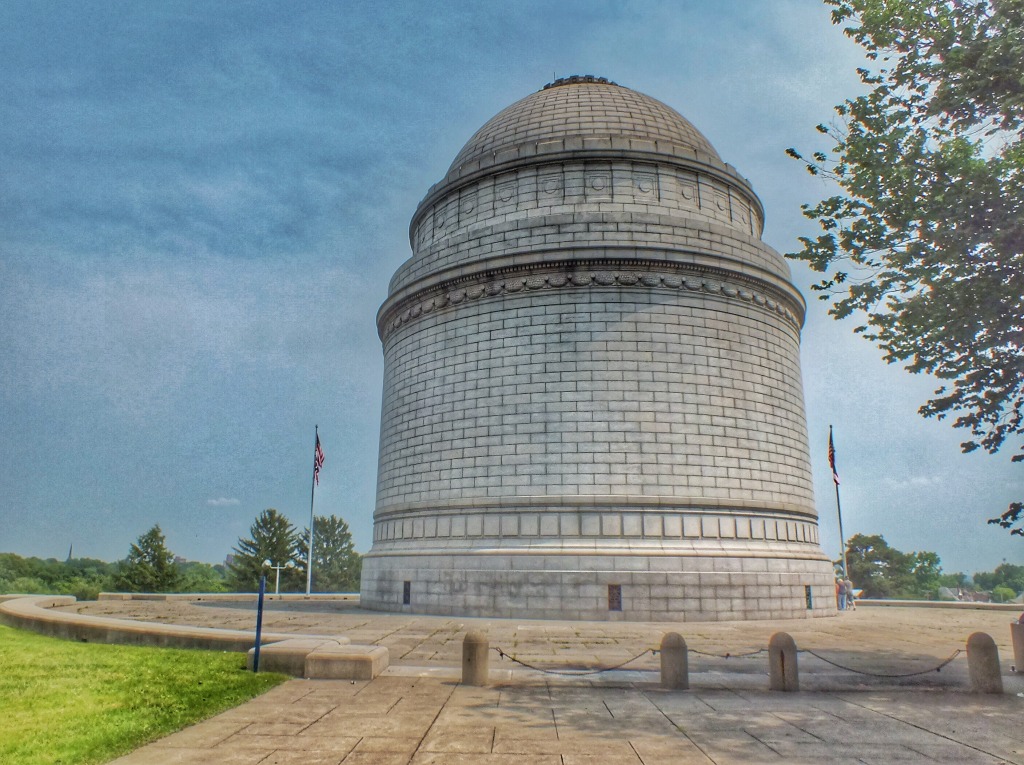 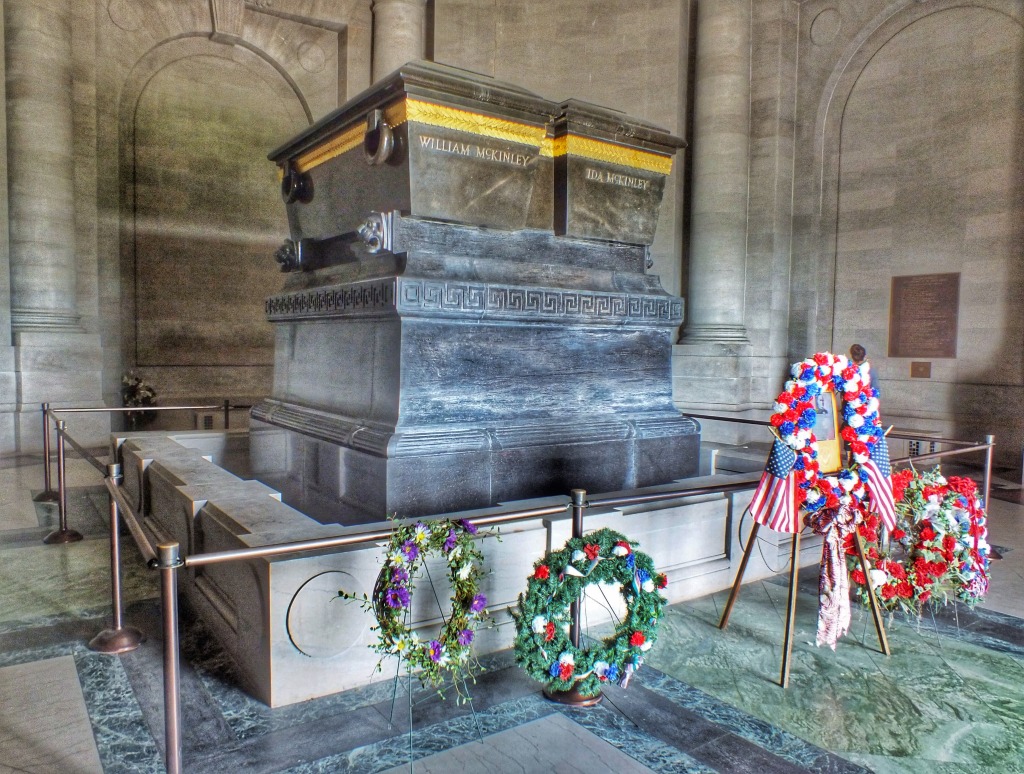 Also buried in the memorial are the McKinley’s two daughters, both of whom died when very young. 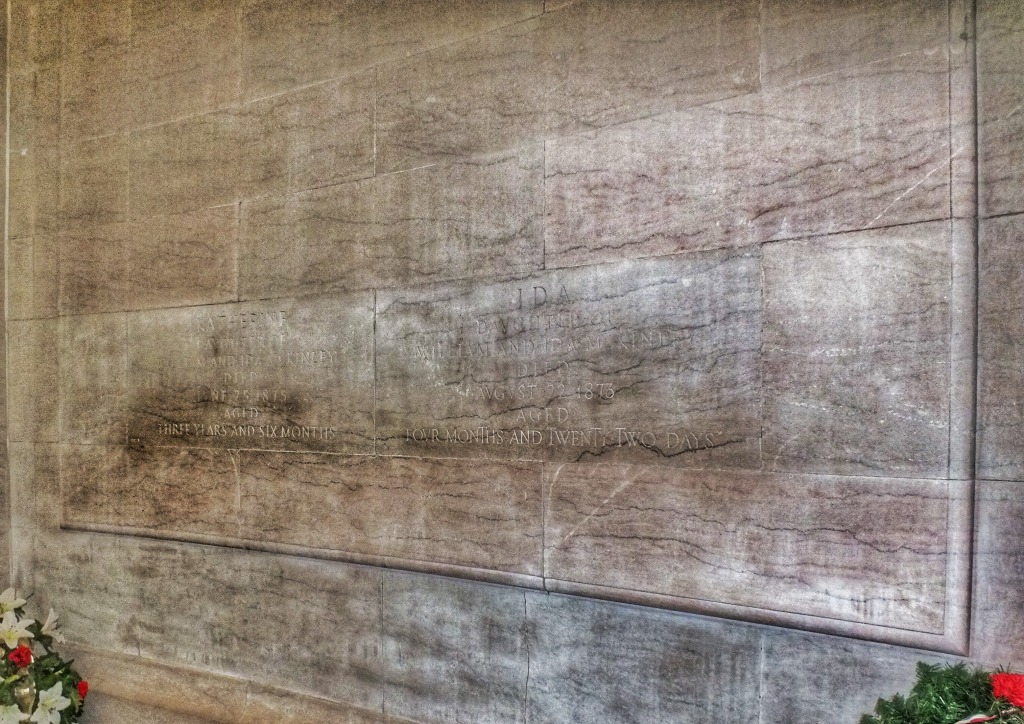 There was a sign outside telling about the symbolism of the memorial. I had glanced at it and walked away. My wife was still looking when a young man approached her rather aggressively. I headed back over to see what was going on, but apparently he just wanted to inform her that he had once seen a photo in which the grassy expanse below the stairs used to be a pool of water. A careful reading of the sign proved him correct.

The whole time we were there, a steady parade of exercisers ran up the stairs, circled the memorial and ran back down, over and over.