After breakfast in the fireworks store, we headed back east two miles to an exit that led to this. 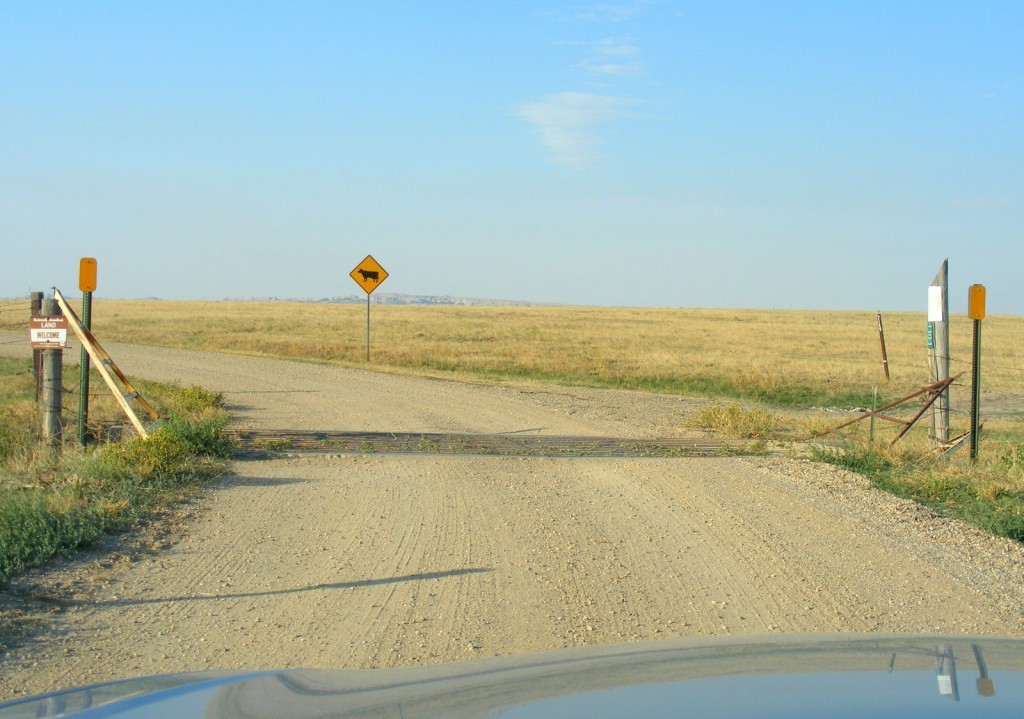 They weren’t kidding about the cows either. This one was standing four feet from the road. 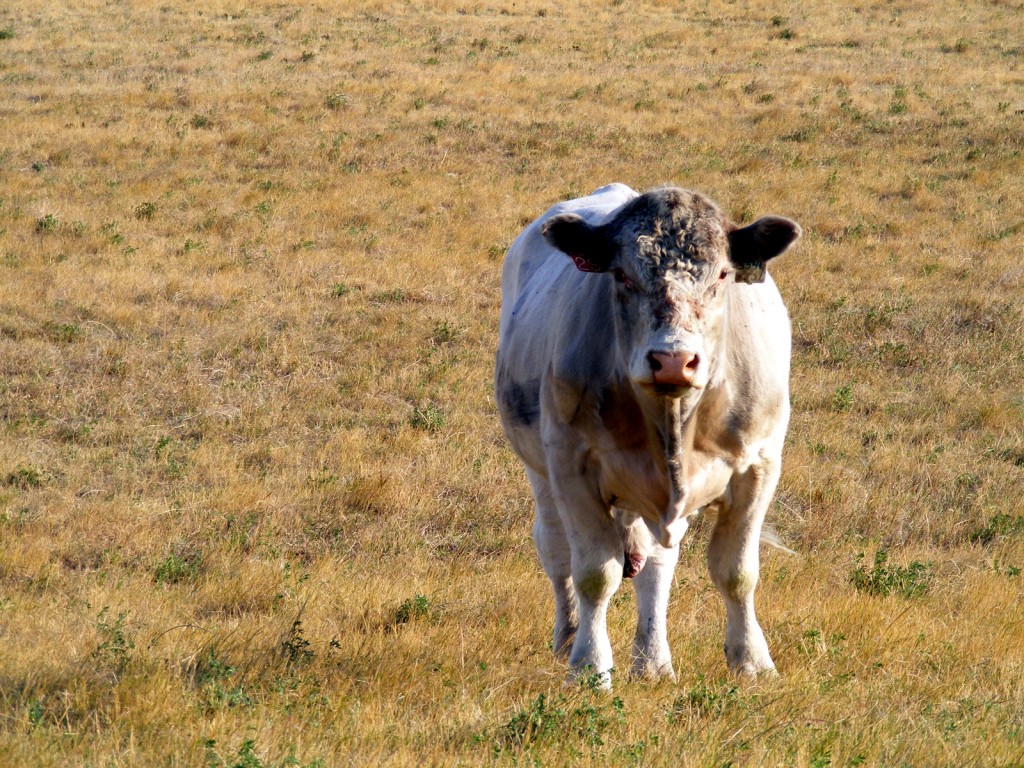 After about a quarter mile, we came to Delta-09 Launch Facility, part of Minuteman Missile National Historic Site. 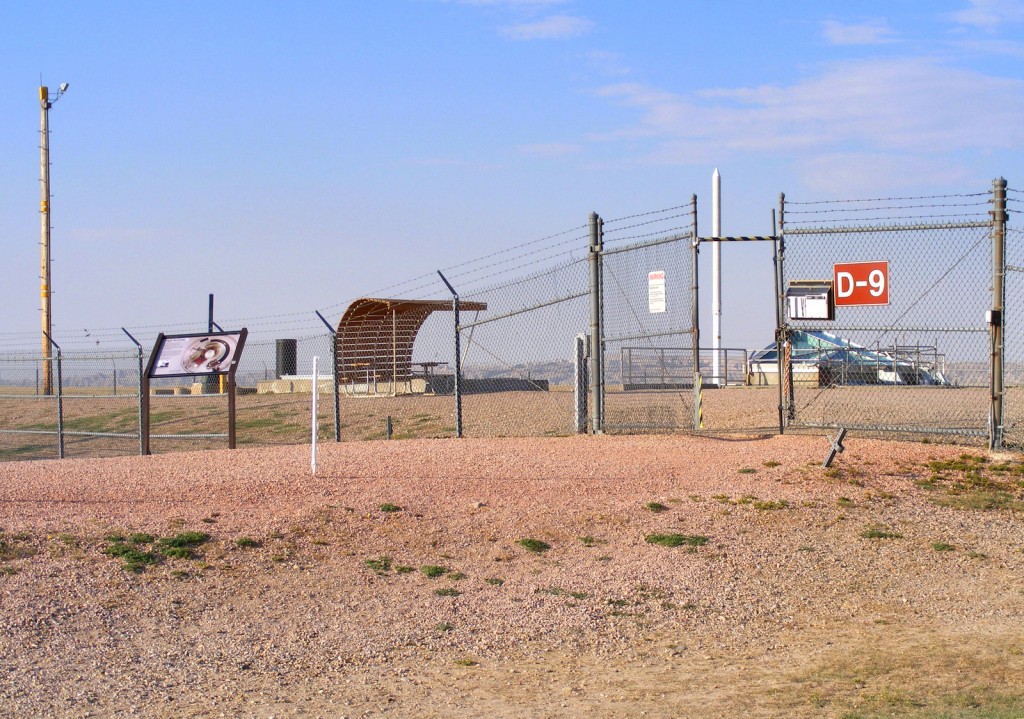 This is the site of a silo that held a Minuteman Missile with a 1.2-megaton warhead. Two of them contained more explosive power than all the bombs used in WWII, including the atomic weapons dropped on Hiroshima and Nagasaki. It was one of over 1,000 missiles deployed in the Midwest and Great Plains in the 1960s. As a result of the Strategic Arms Reduction Treaty of 1991, many of the missile sites were deactivated and destroyed. This one was kept to be part of the National Park system, although there is just a training missile in the silo. 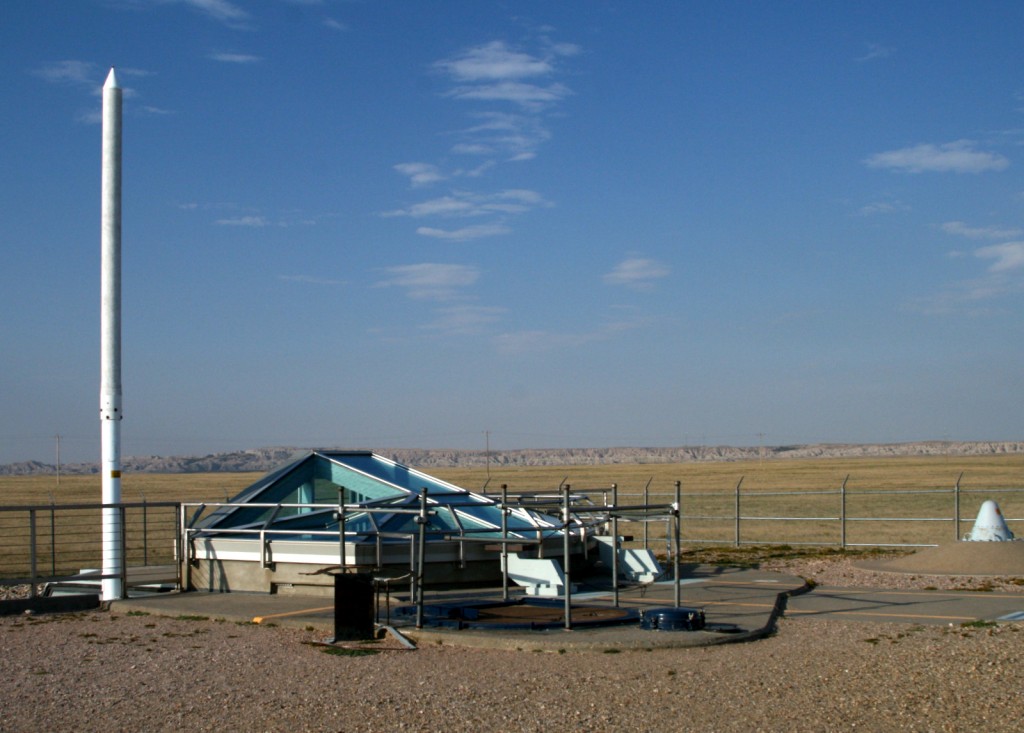 The tall white tower on the left is the site security system which detected any motion in or near the enclosure.  The white cone on the right was an antenna. If the Delta-01 Launch Control Facility was inoperable, an Air Force plane known as “Looking Glass” which was always aloft, could remotely launch the missiles from the sky using this antenna. 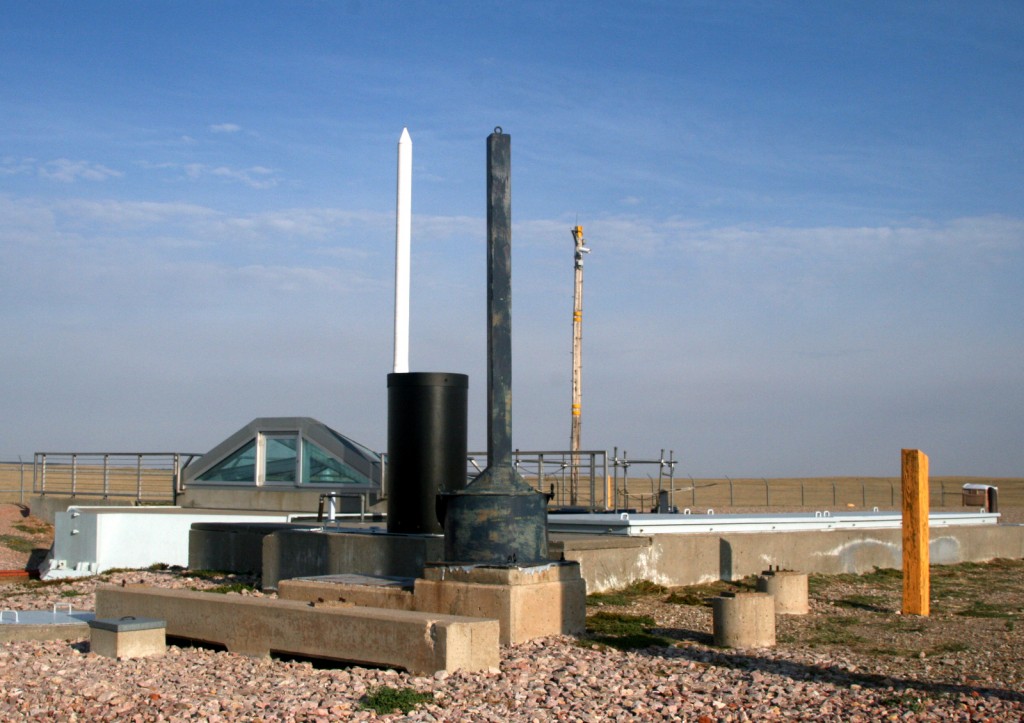 The blue tower in the foreground was an additional motion detector to protect the unmanned site. The low cement structure contained an emergency generator and equipment that maintained proper environmental conditions in the silo. 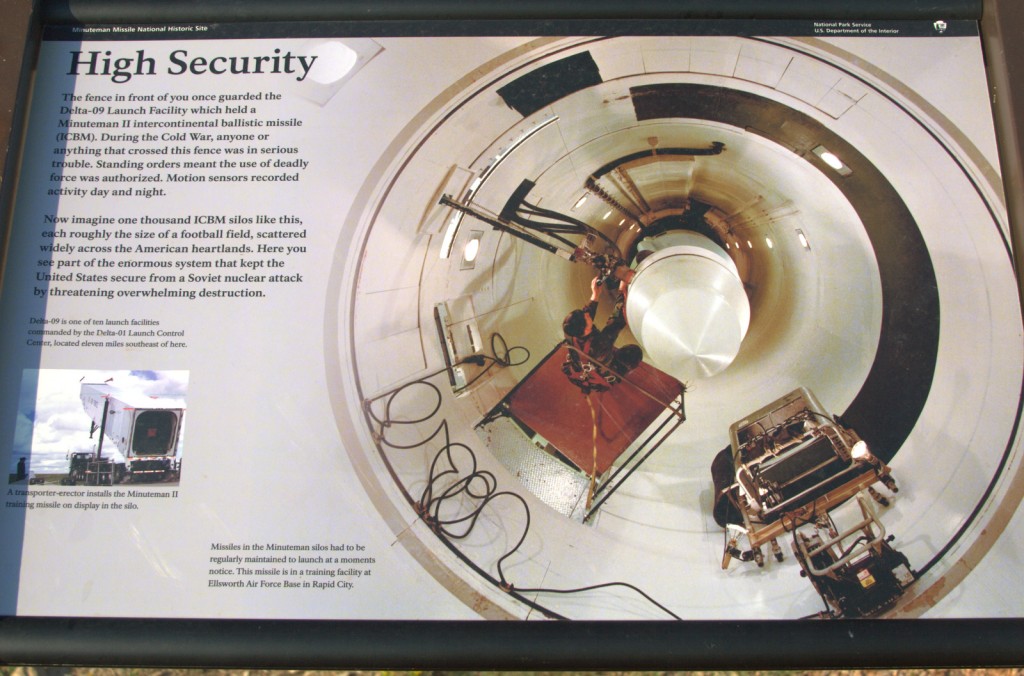 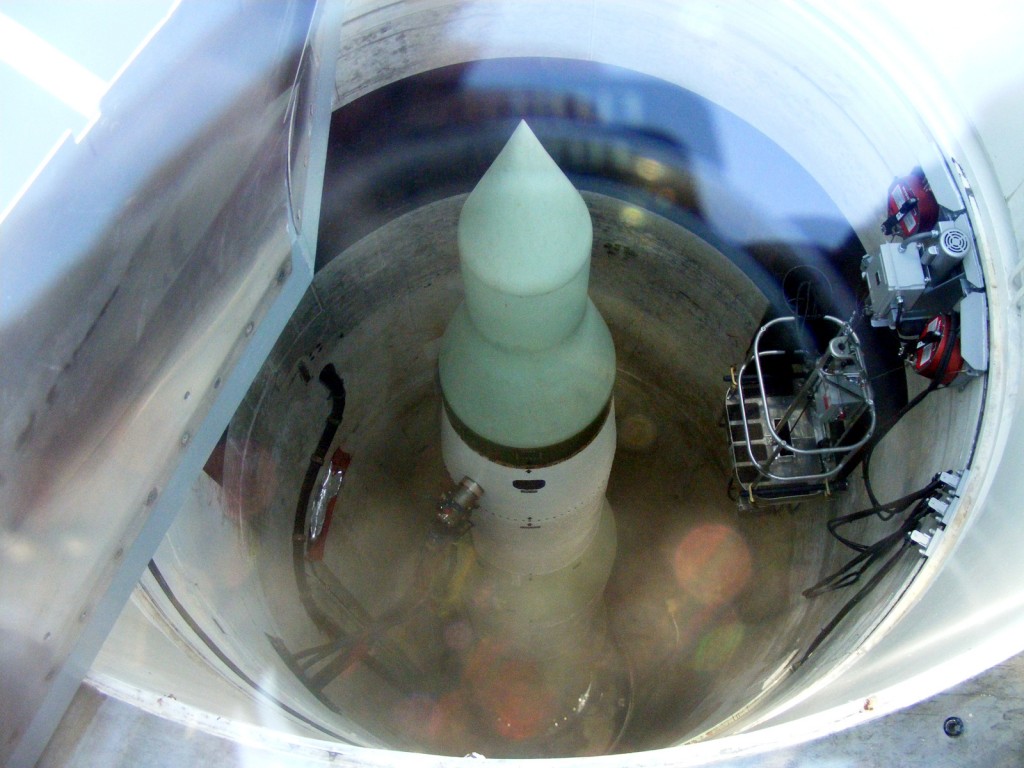 In the morning glare, it was hard to get a good photo through the Plexiglass that covered the silo. It was extremely windy on the open plains — so much so that we had trouble standing still. I offer that as my excuse for not coming up with a better Red Chair photo. As it was, my hat blew off and I had to climb up on the other side of the silo to get it. 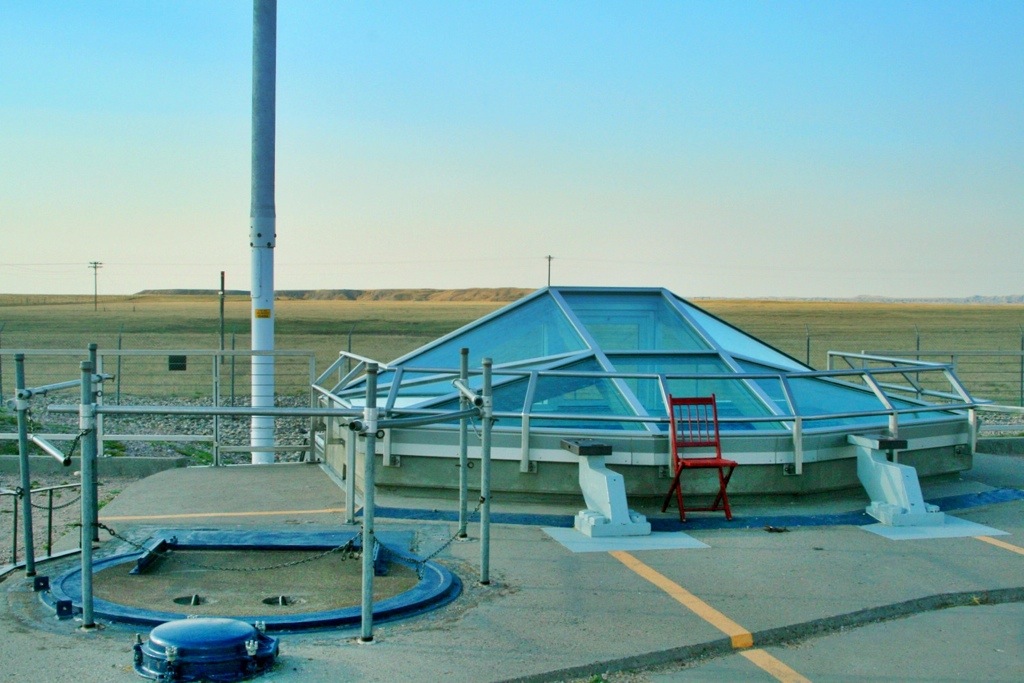 Even the birds were grounded. This Horned Lark just walked off the road and waited in the grass for our car to pass by. 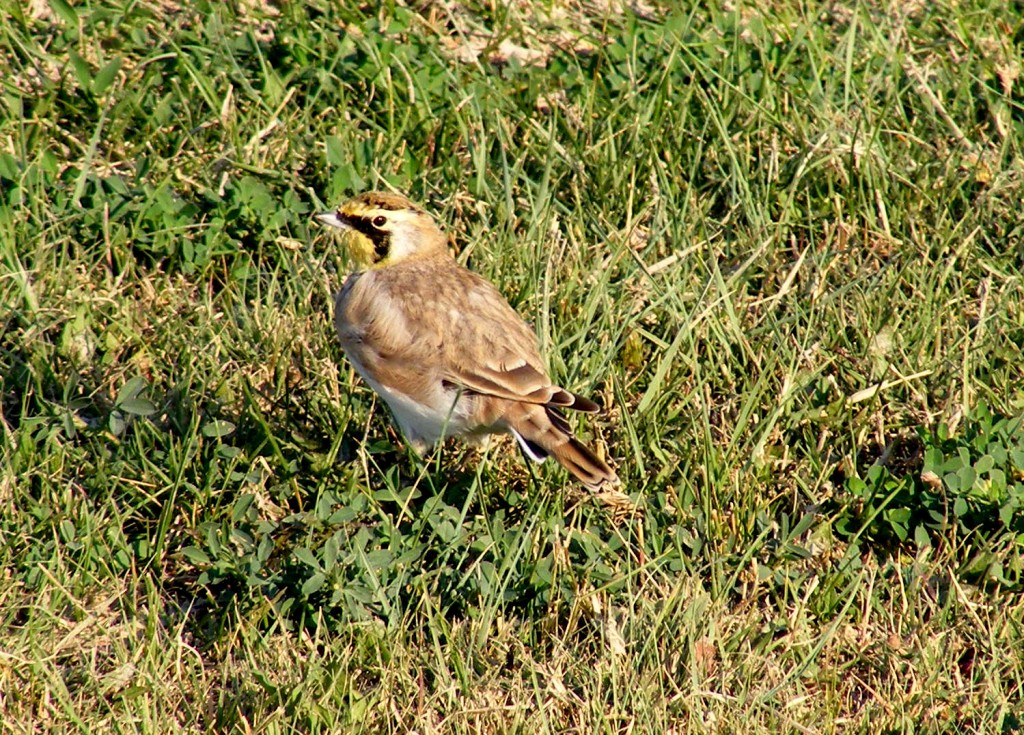 This entry was posted in Battlefields, National Parks, Red Chair. Bookmark the permalink.