Jean Baptiste Francolon was a Catholic priest from France. He served in New Mexico for 14 years and was so unpopular there that there was an attempt to poison him. He moved to Manitou Springs to try his hand a faith healing and brought his mother along. In 1898 Francolon built the house, but rarely entertained. Two years later, he left for France, never to return to Colorado.

A few years later, the Sisters of Mercy took over the house as a sanitarium. They remained until 1928. It also served as a retreat for clergy and a boarding house before the historical society took over and made it a museum.

As near as I could tell, only a bench and a bathtub are original. The rest of the house is filled with period furniture and decorations. We had a nice chat with the woman who took our $18. Another couple walked in, and the woman immediately switched to her official mode and gave us a three minute lecture on how to tour the house, including a pause to make sure we understood where the bathrooms were.

I’ll let my photos and the guide sheet we were given tell the story except to say that, tucked throughout the house were rooms with unexpected exhibits — Smokey the Bear collectibles, antique fire-fighting equipment, photos and office furniture from a local lawyer who was one of the judges at the Nuremberg Trials after World War II, and some random artifacts from World War I. 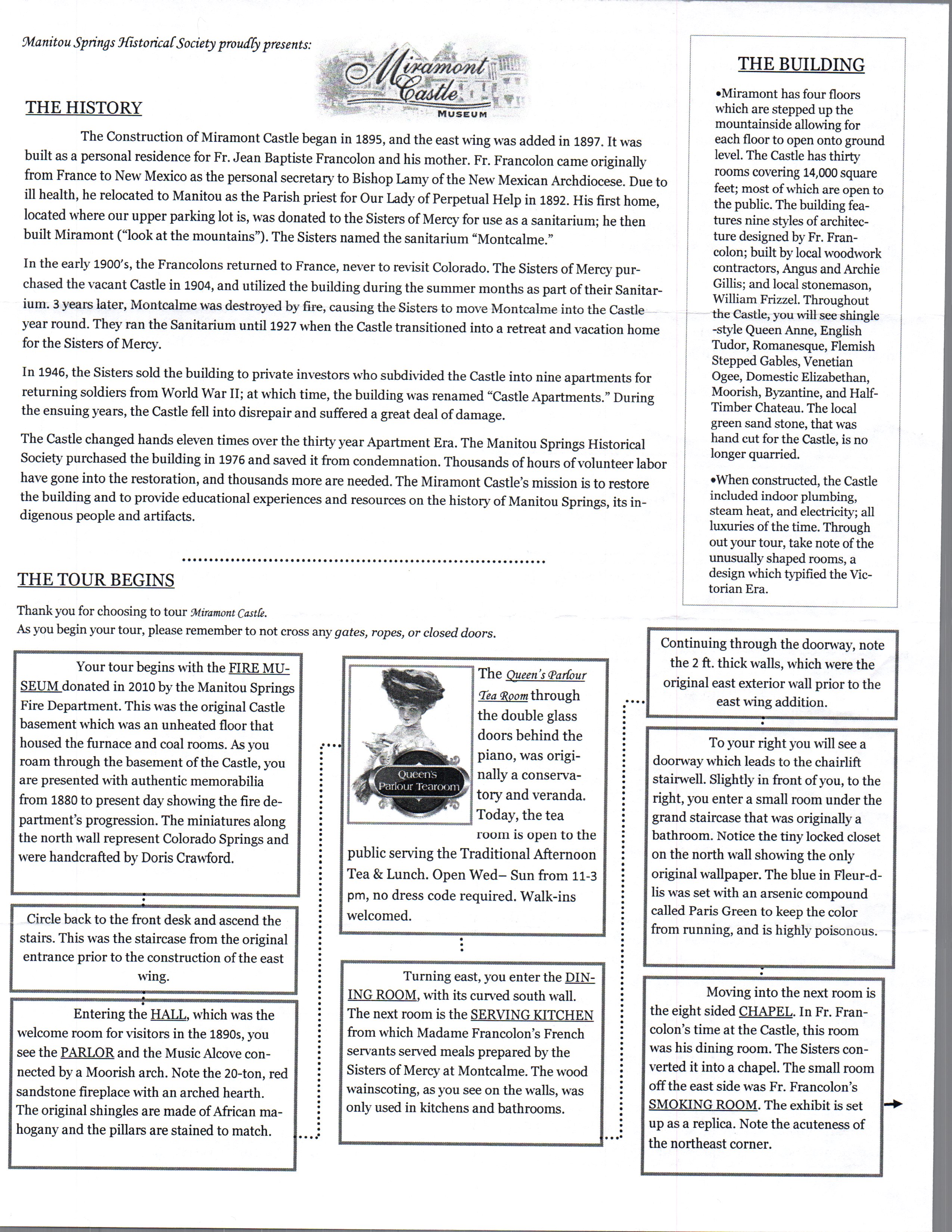 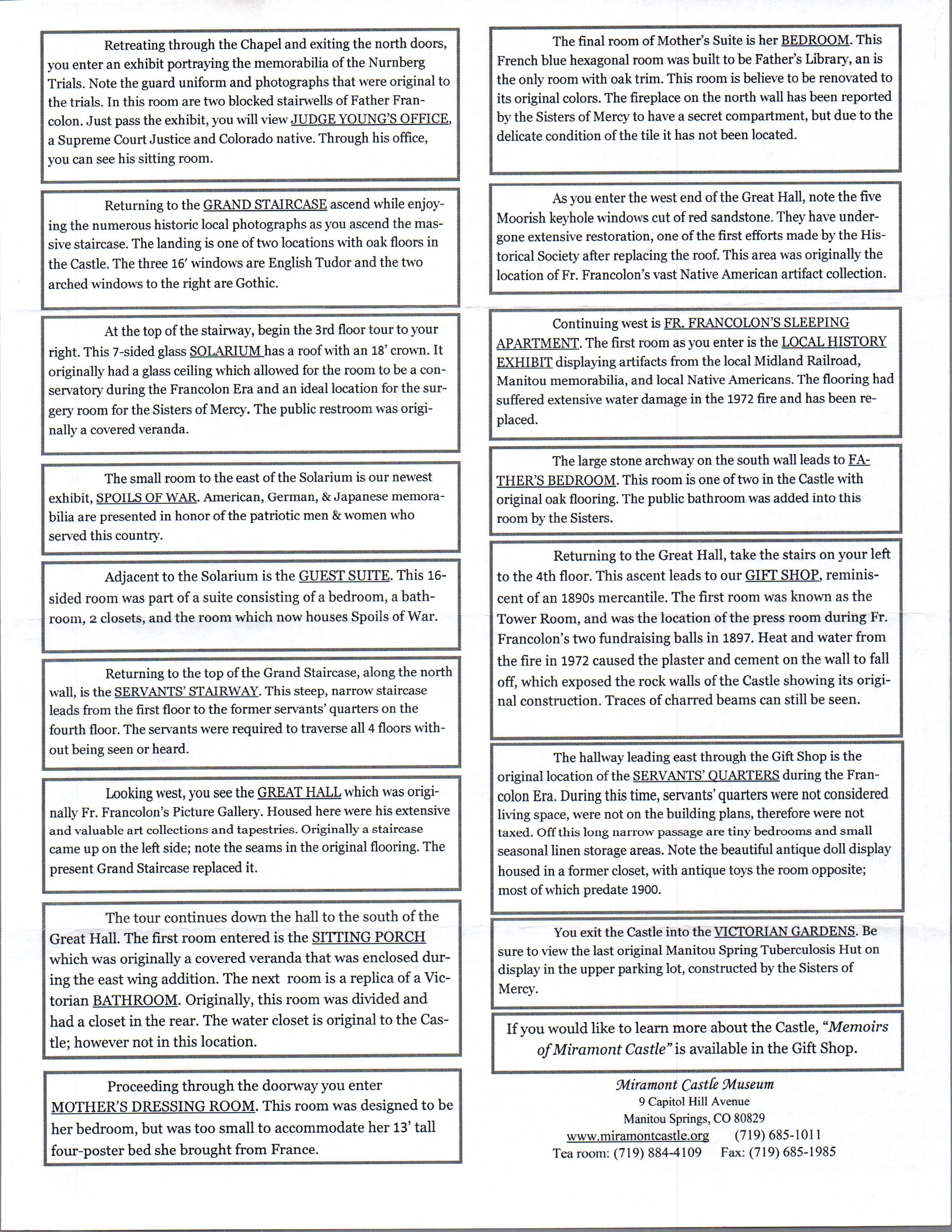 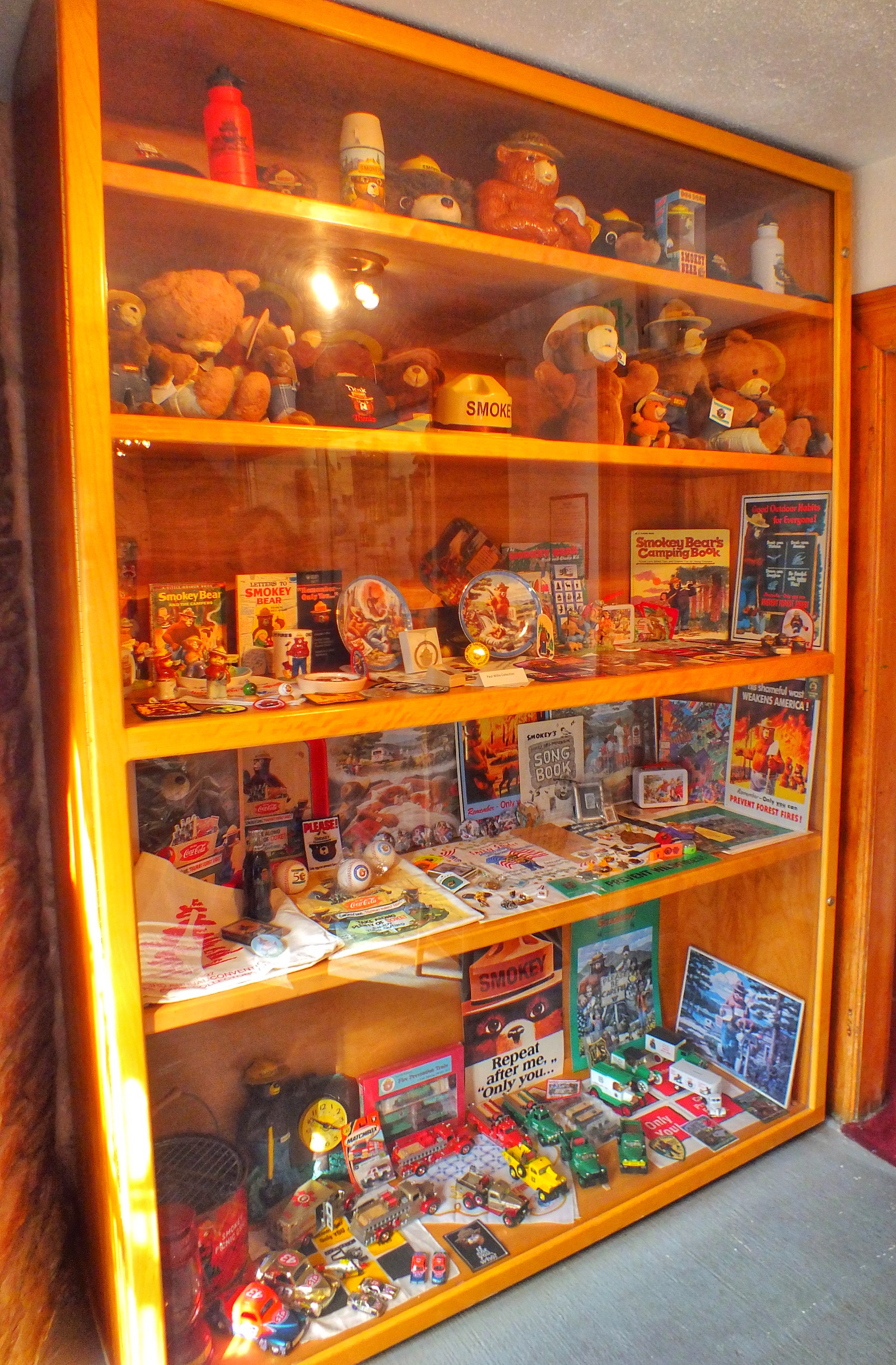 The fire-fighting exhibit was the most interesting part of the tour. 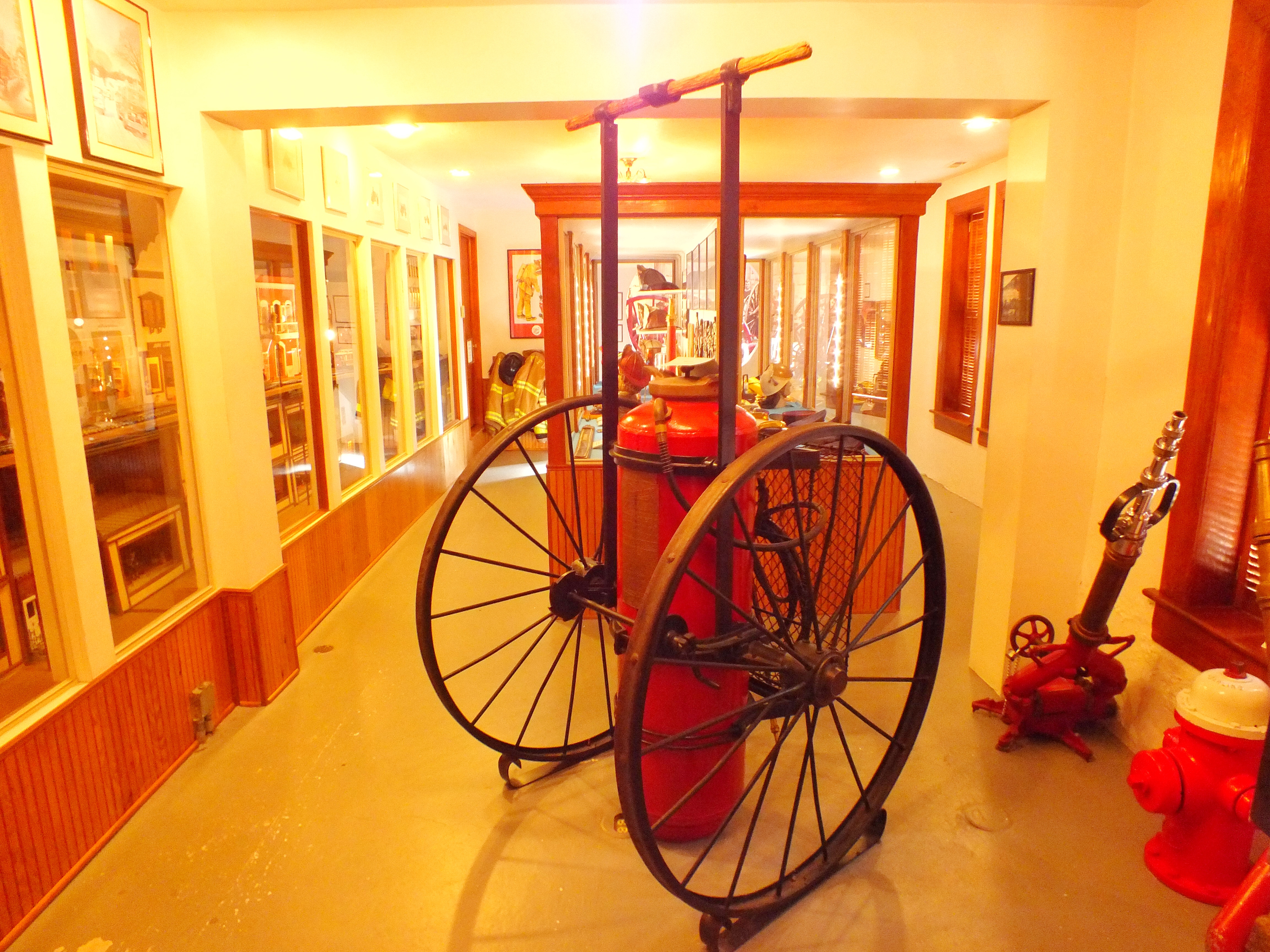 Fire grenades which were filled with various chemicals and thrown into a fire where they would break and, hopefully, put out the fire. “It was debatable whether they worked, but the general feeling was that ‘something was better than nothing.'” 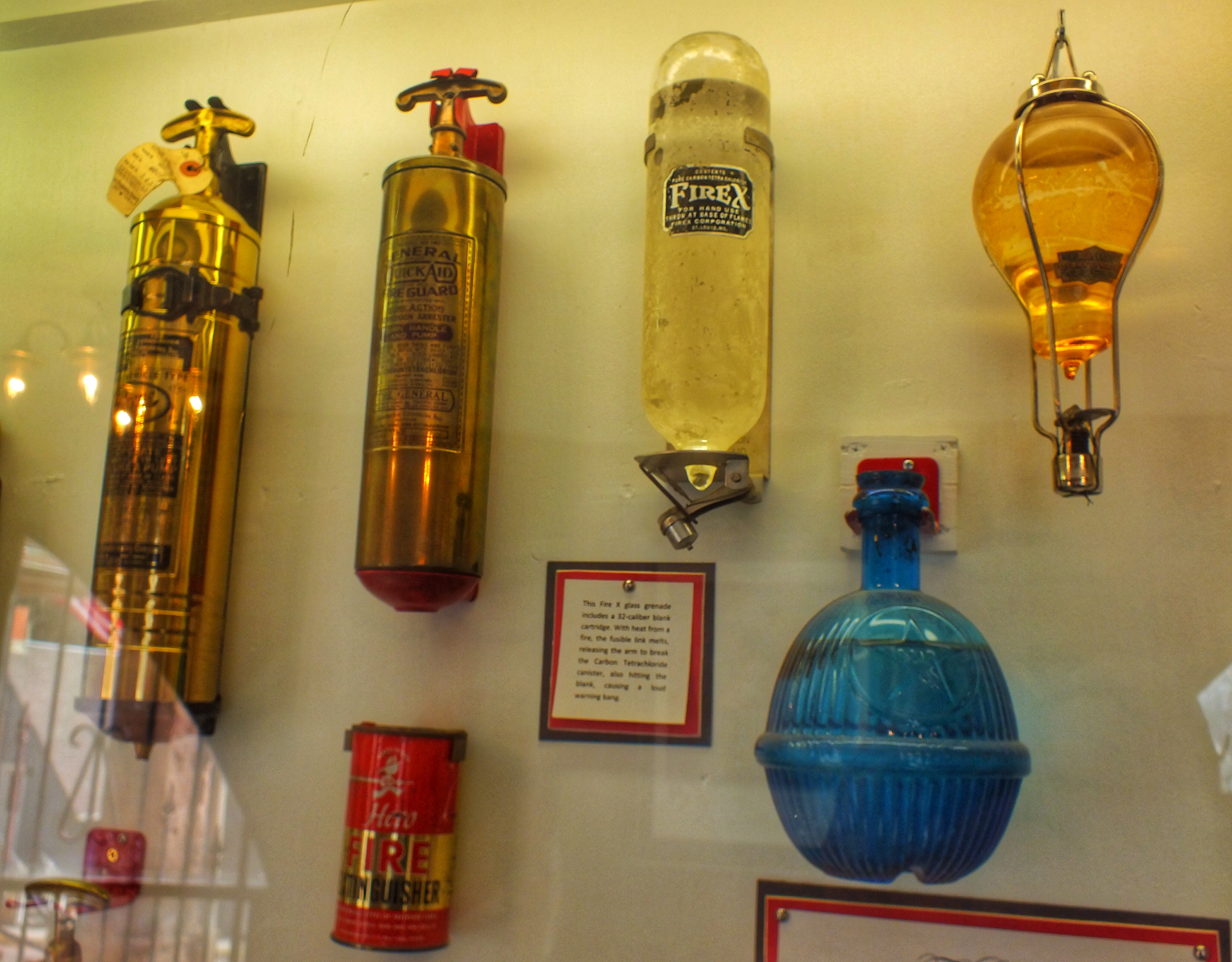 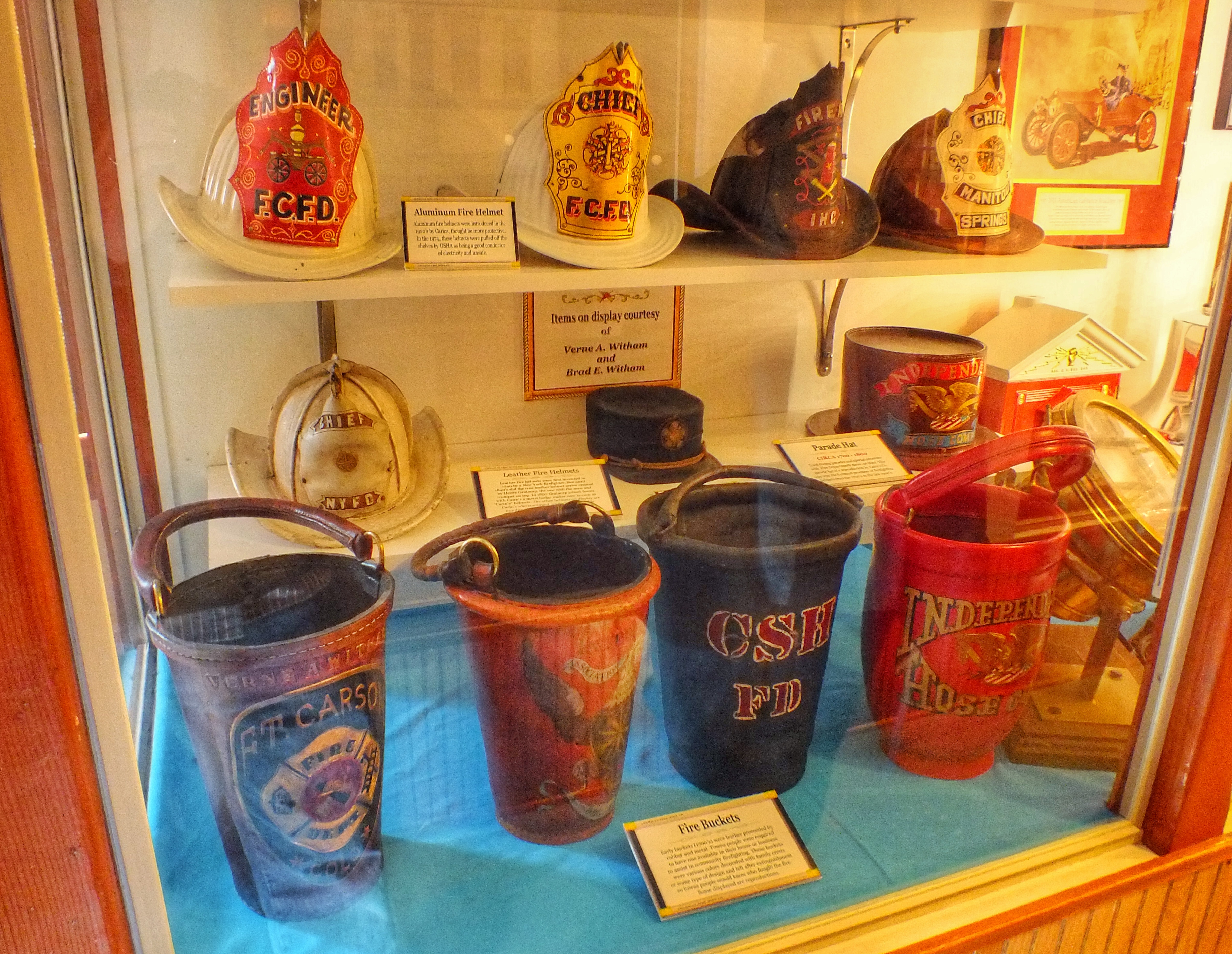 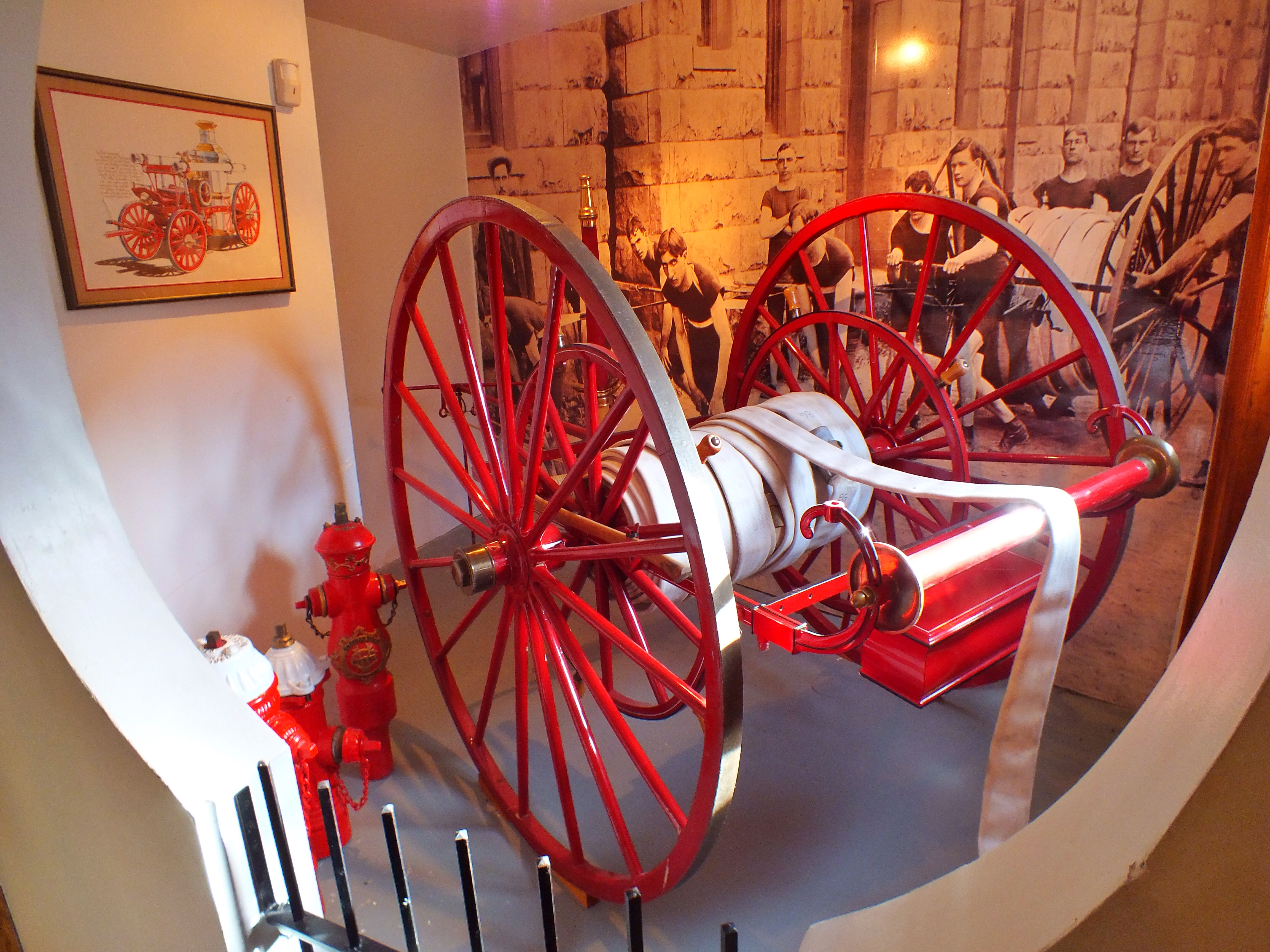 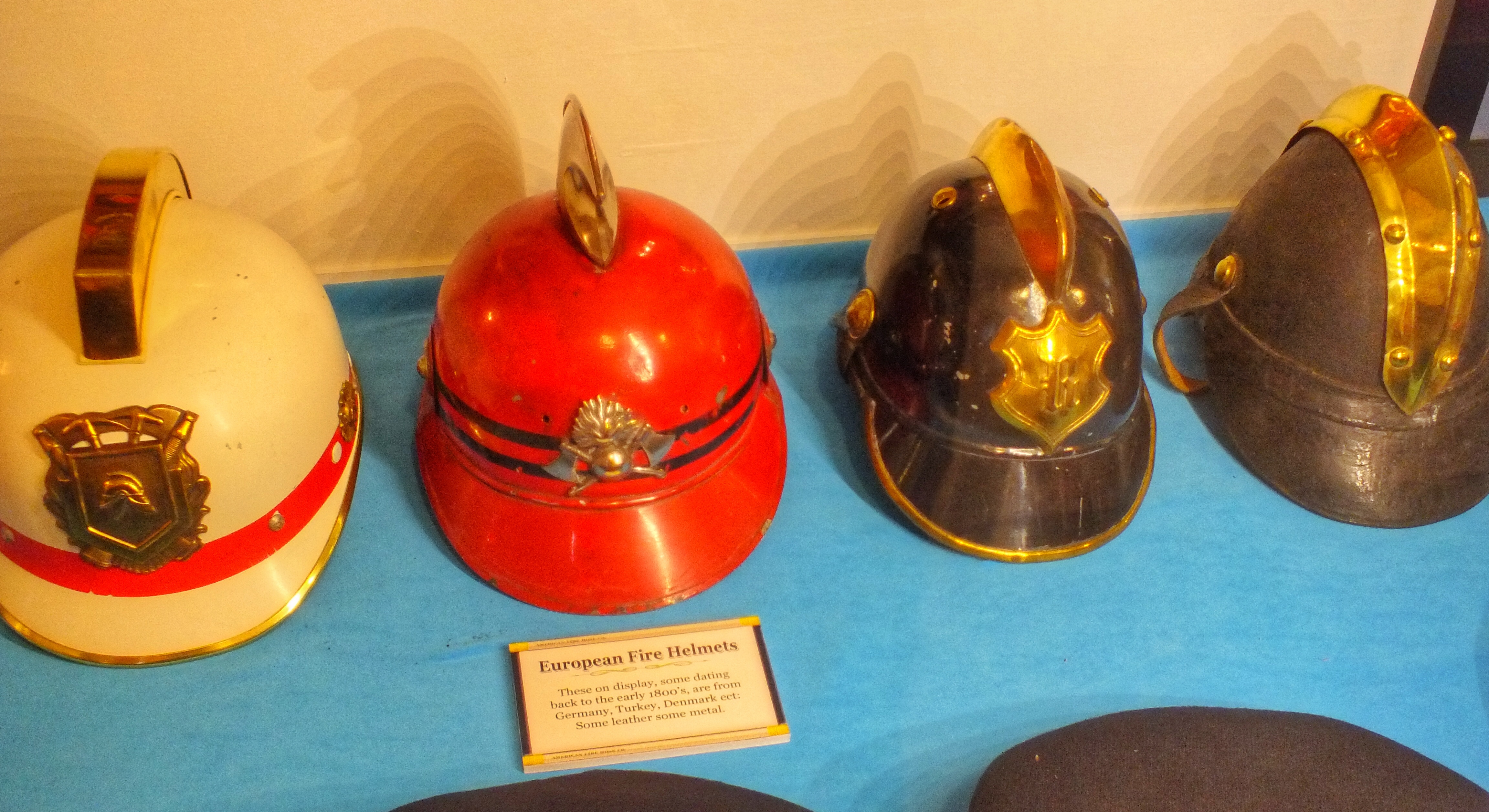 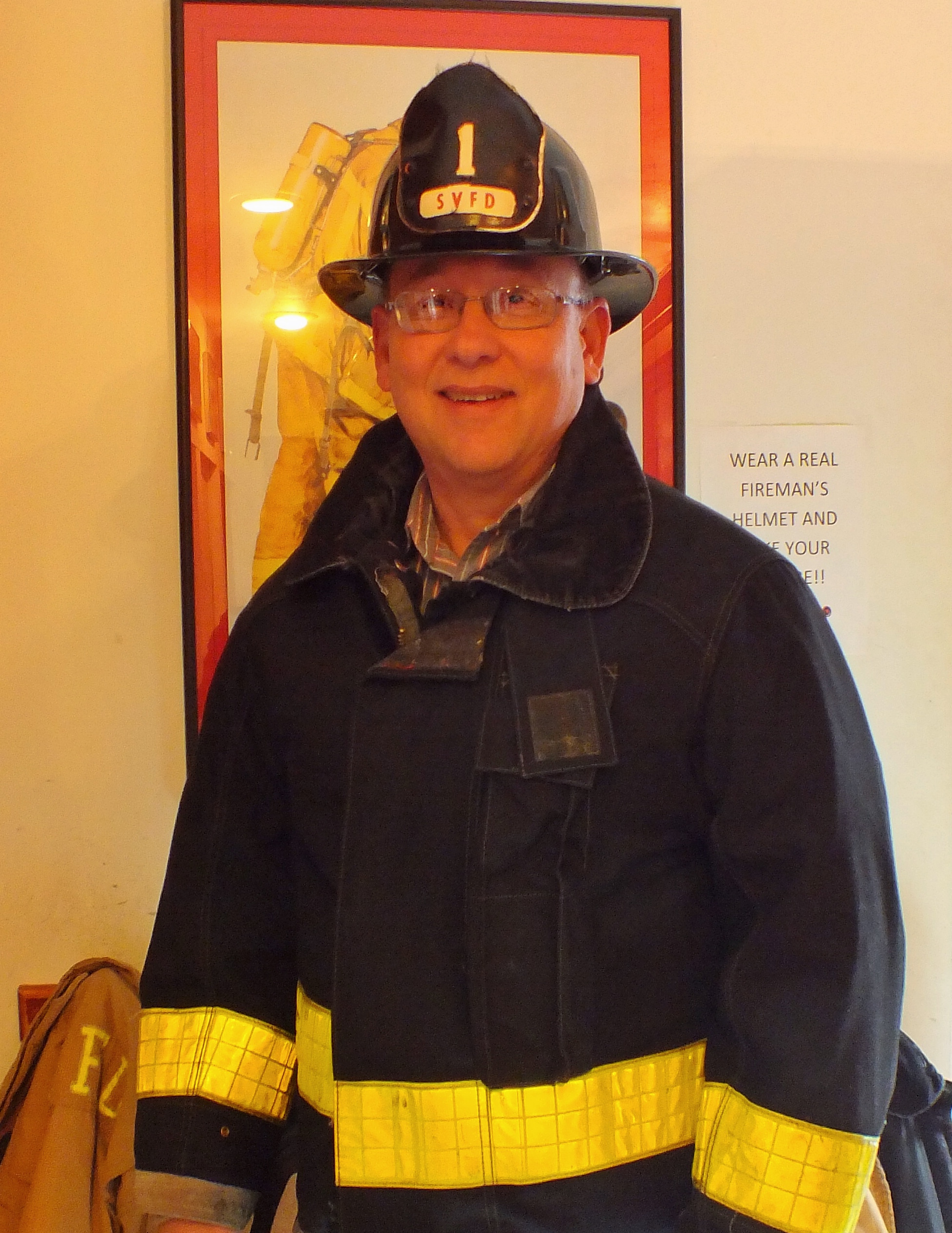 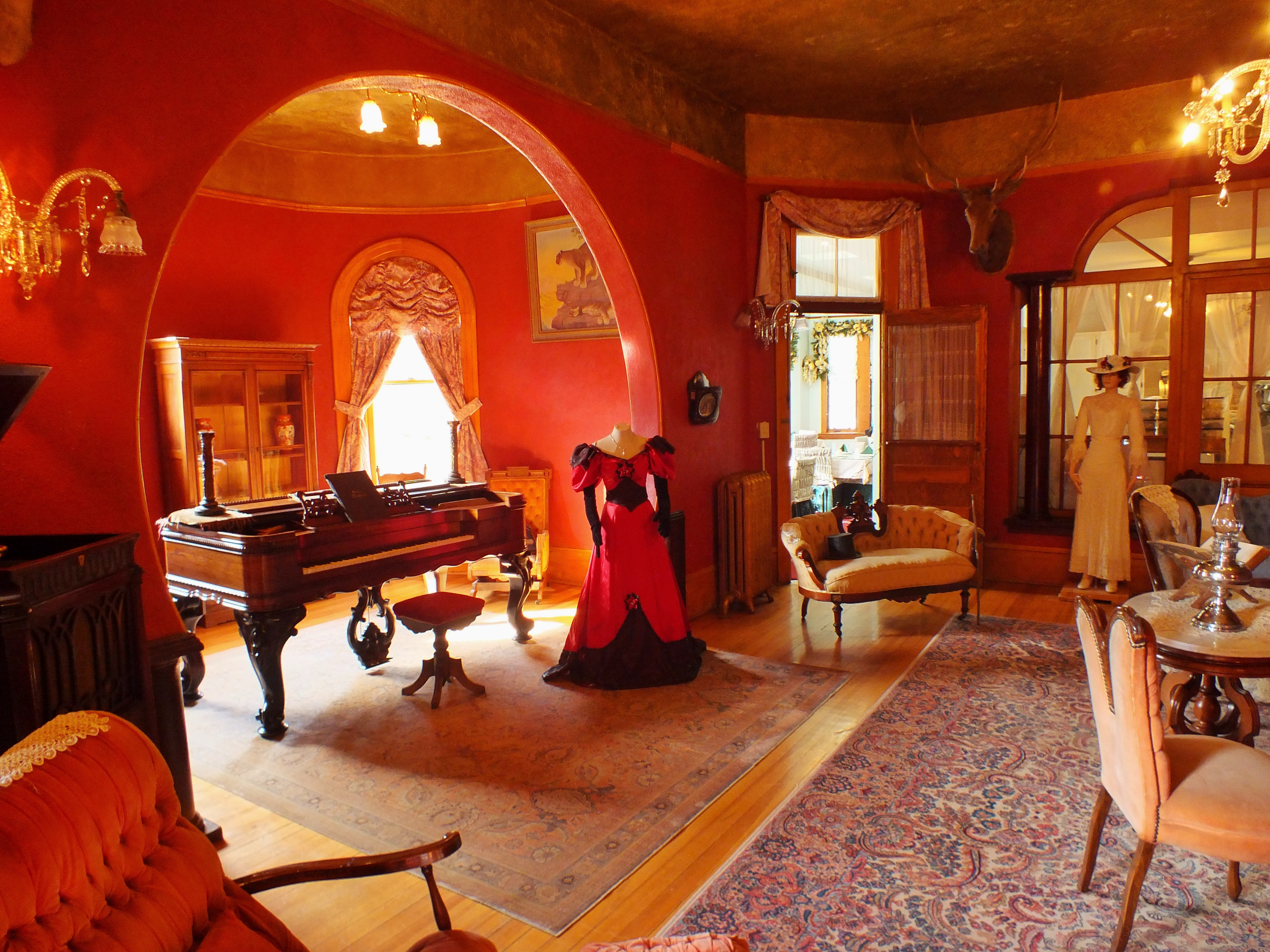 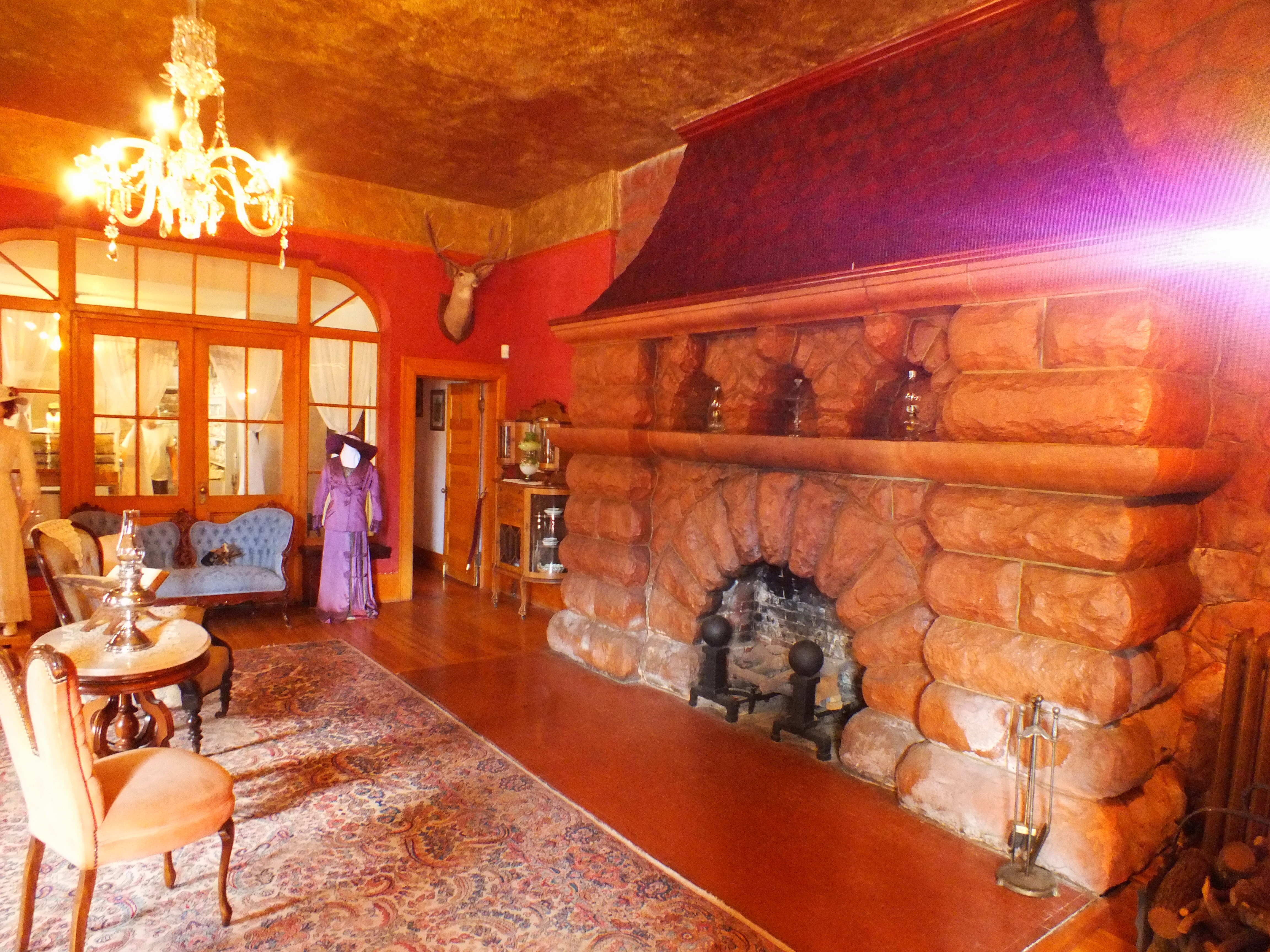 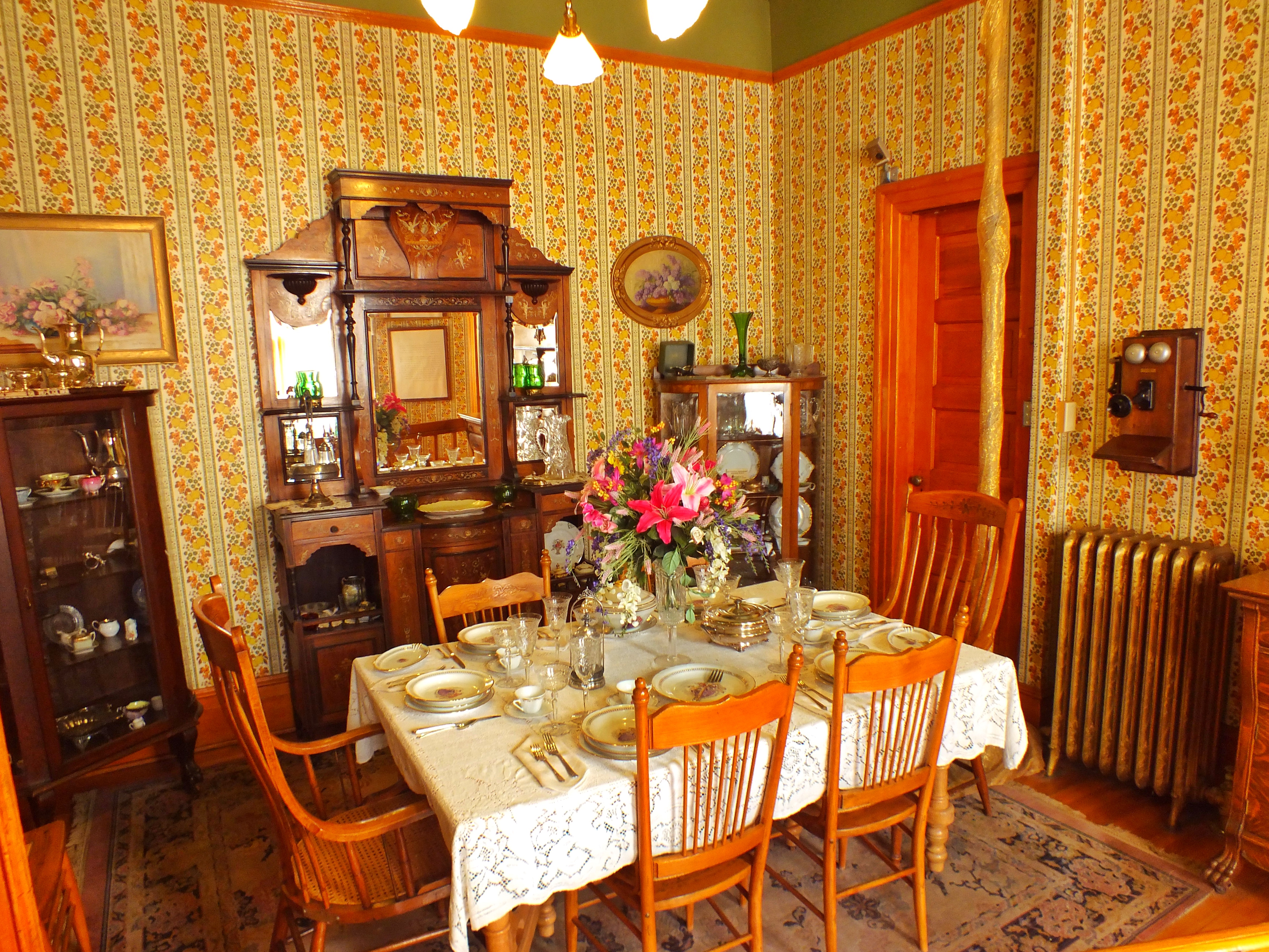 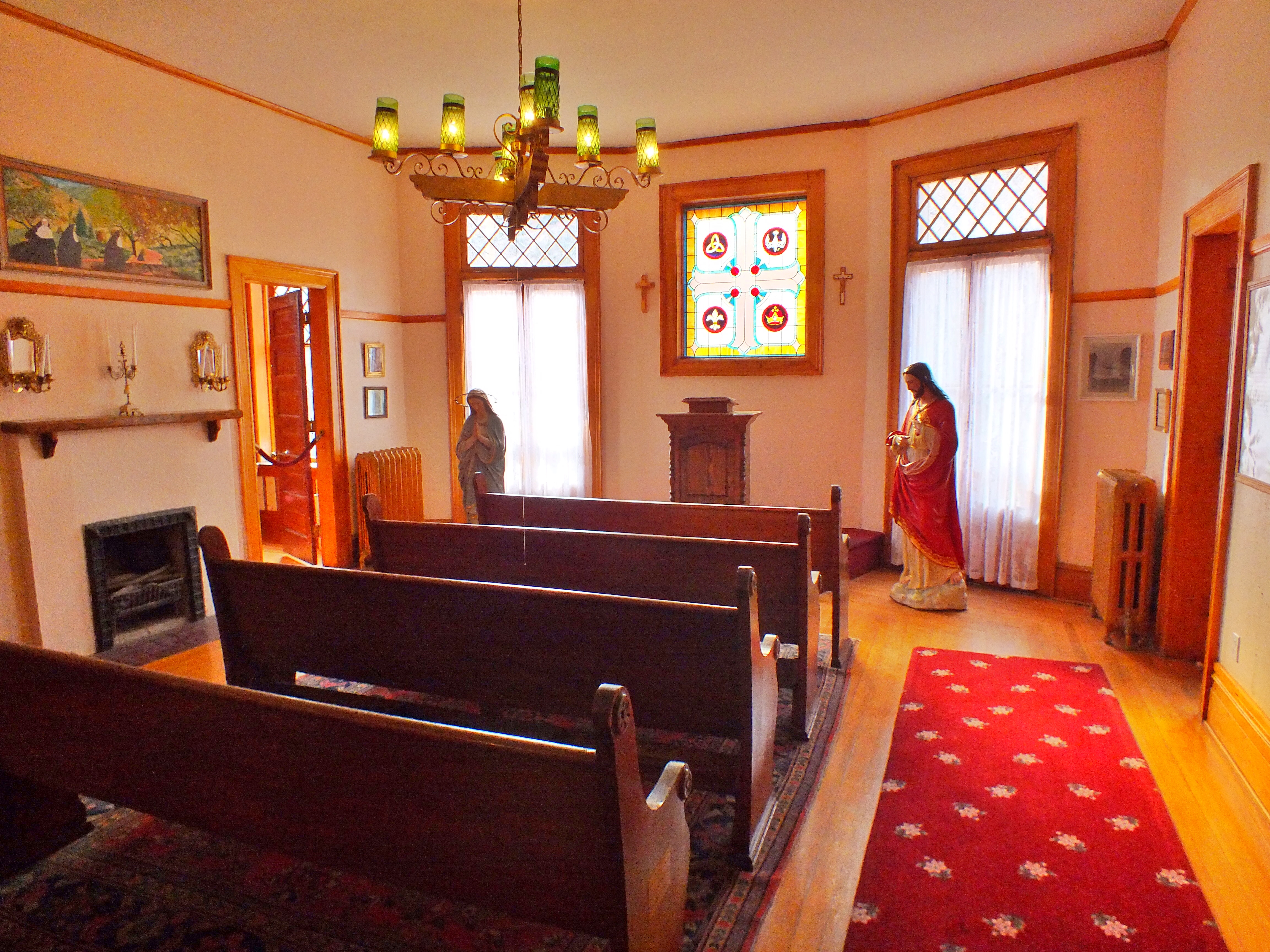 The stairwell, the landing at the top, and the solarium were impressive. 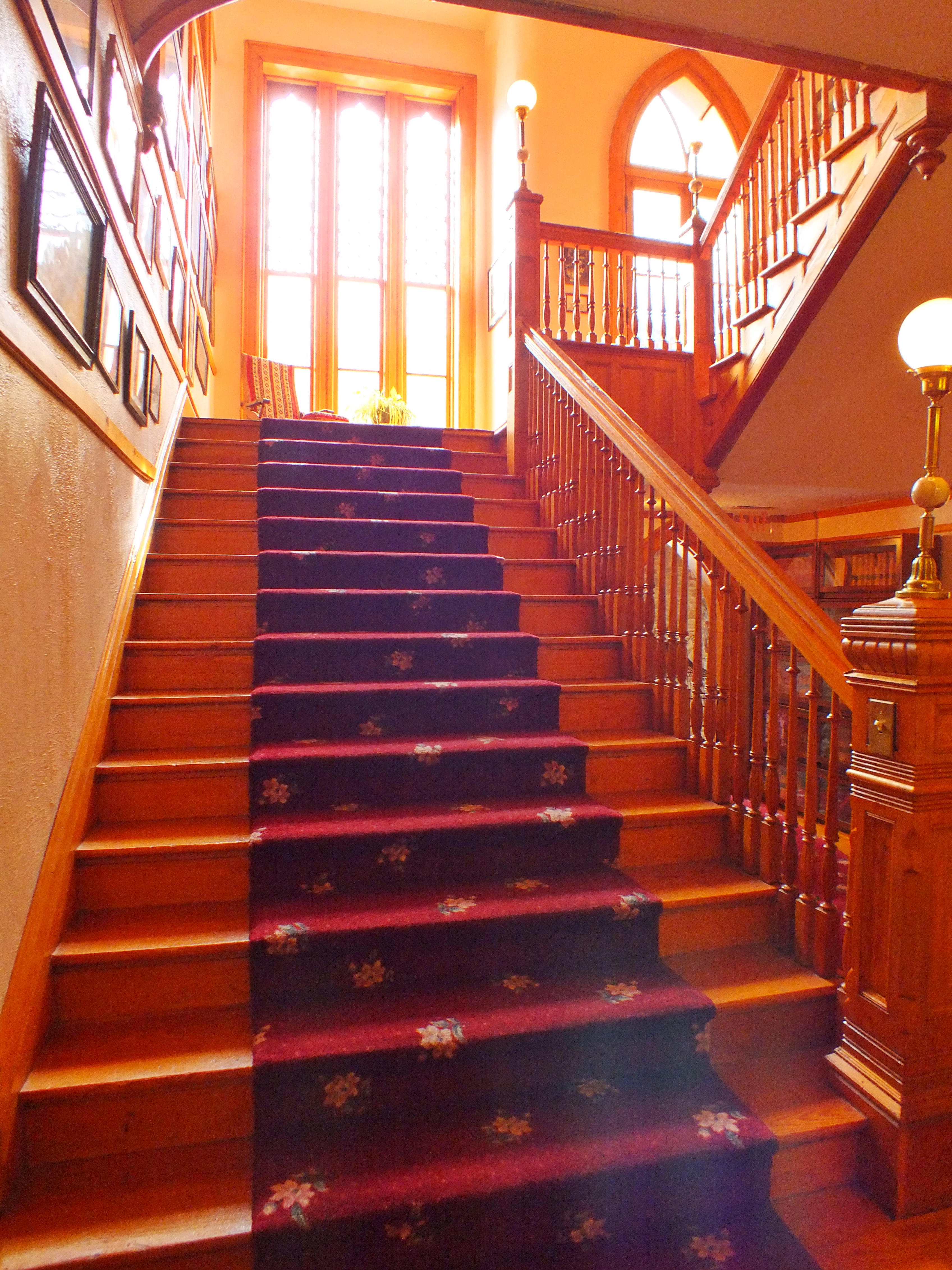 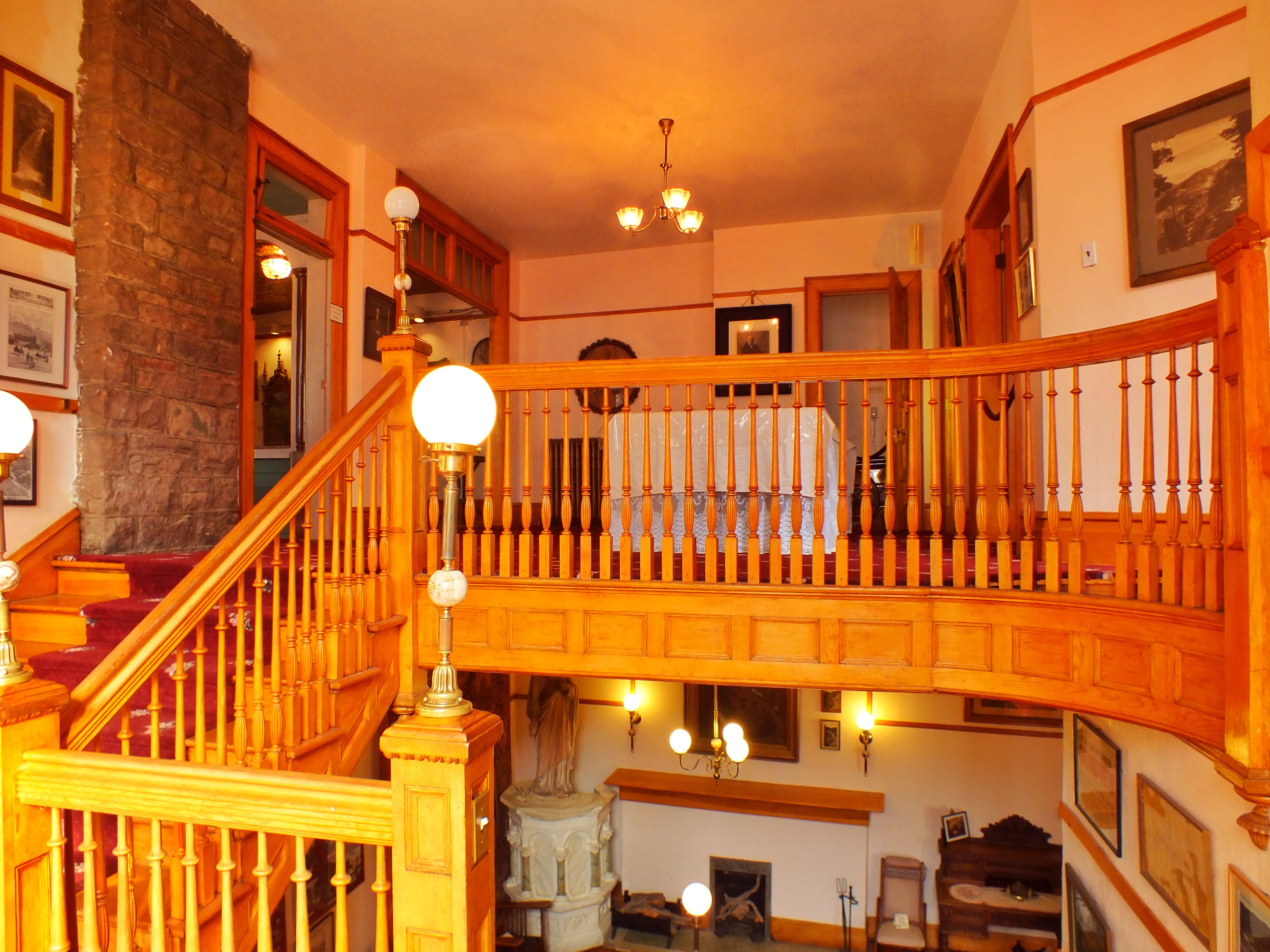 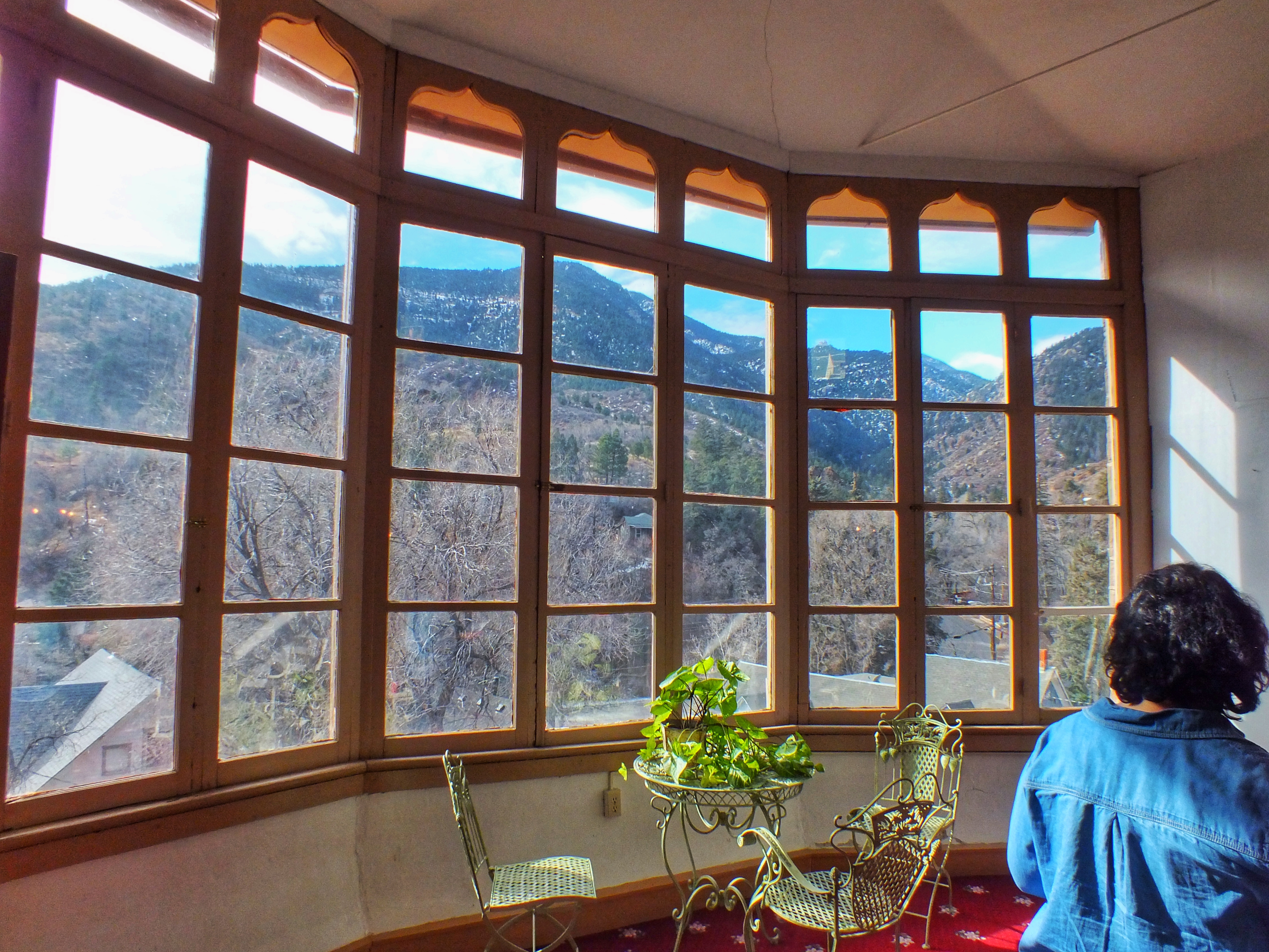 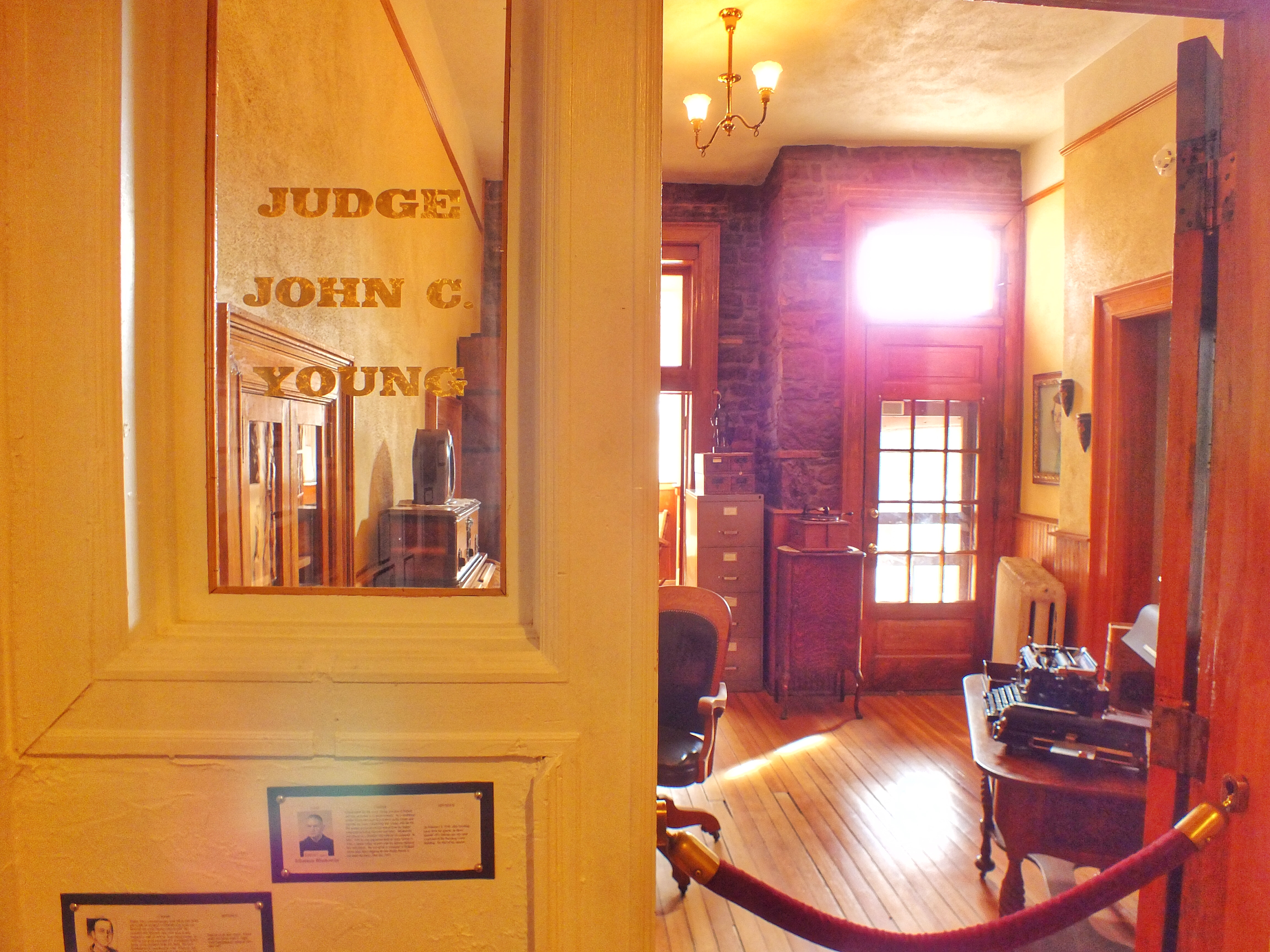 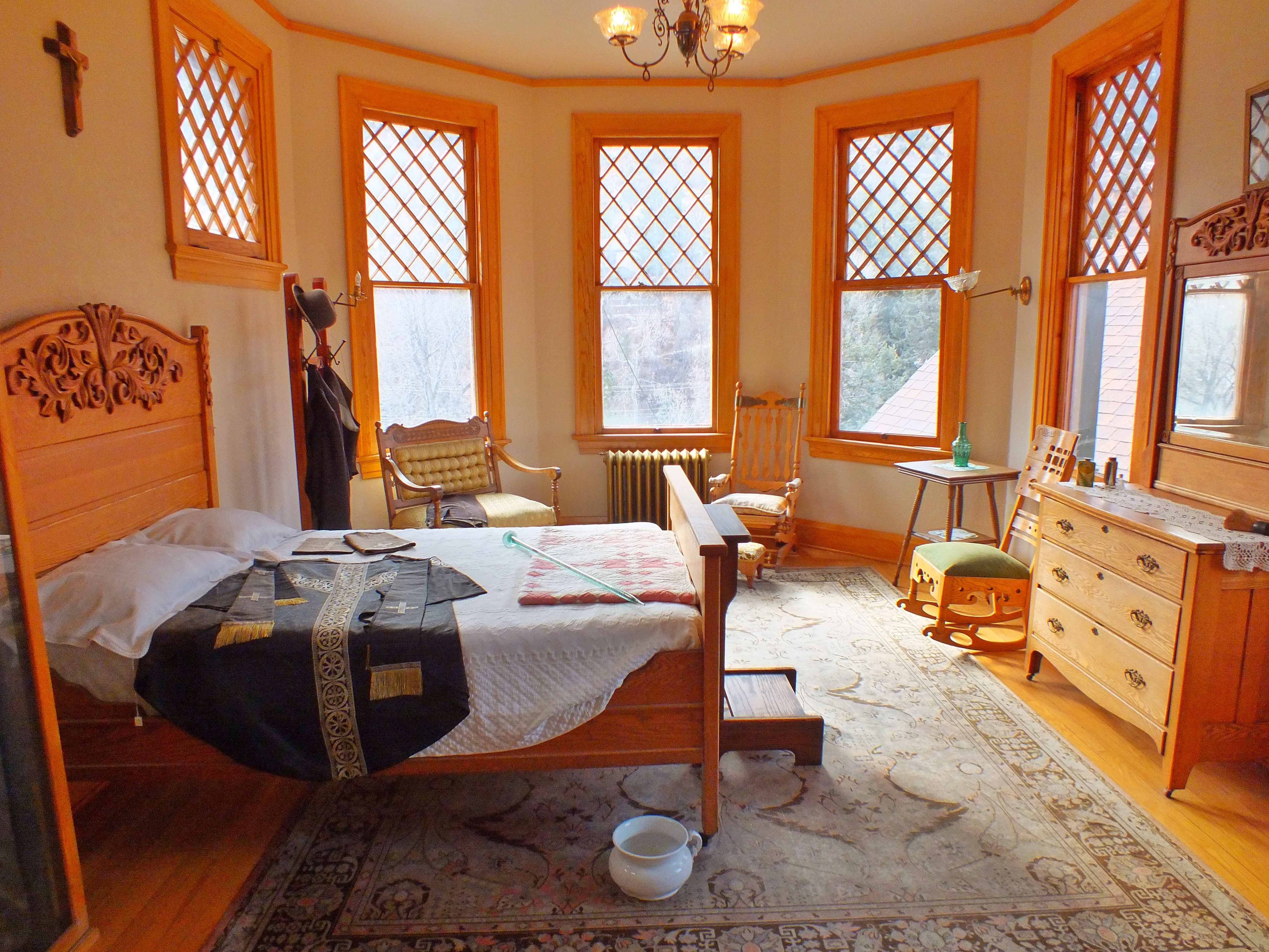 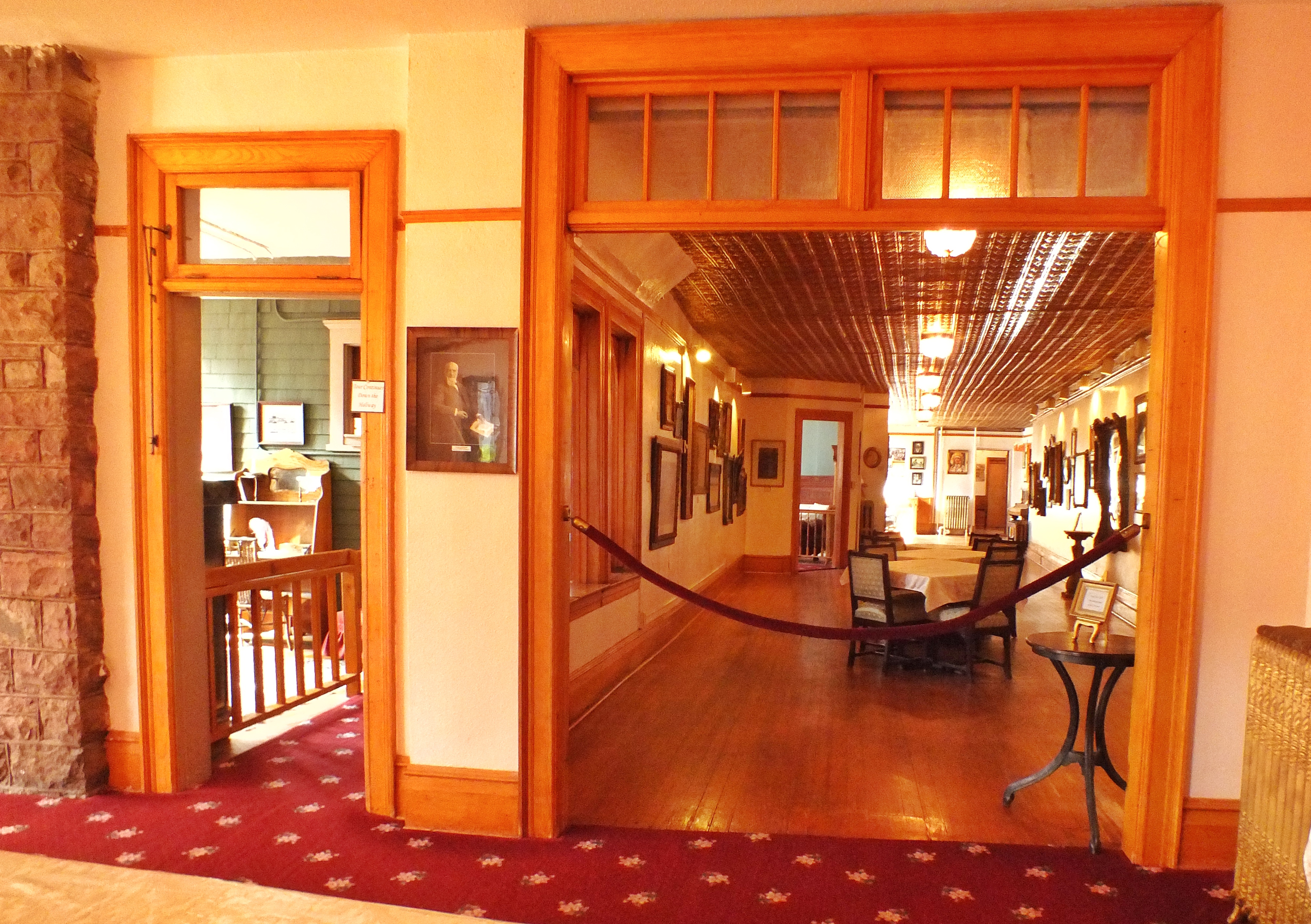 The fourth floor, which used to be the servants’ quarters, was a gift shop which included, inexplicably, a rather pricey thermos jug. 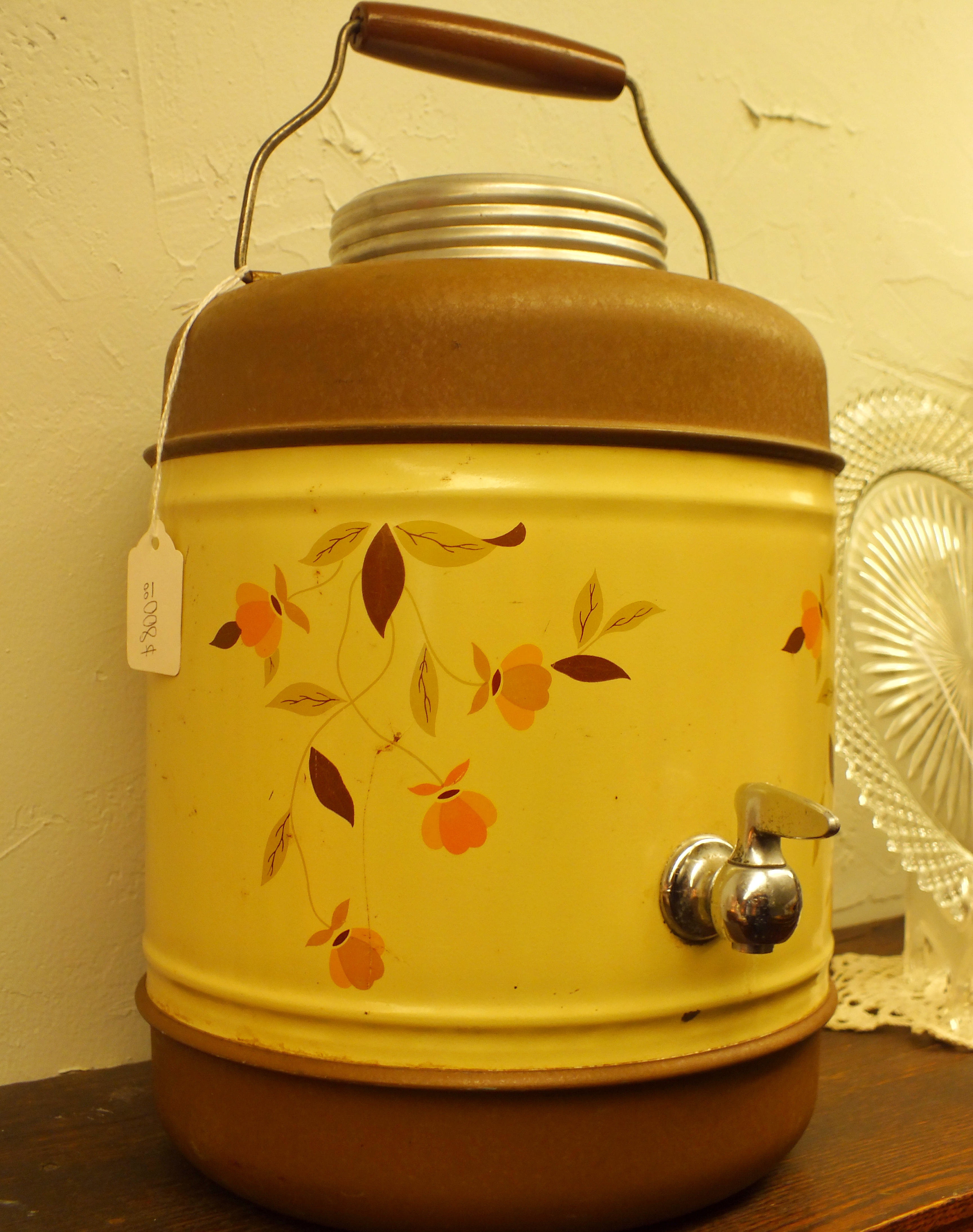 In the parking lot was the last remaining tuberculosis hut, constructed by the Sisters of Mercy when the building was a sanitarium. 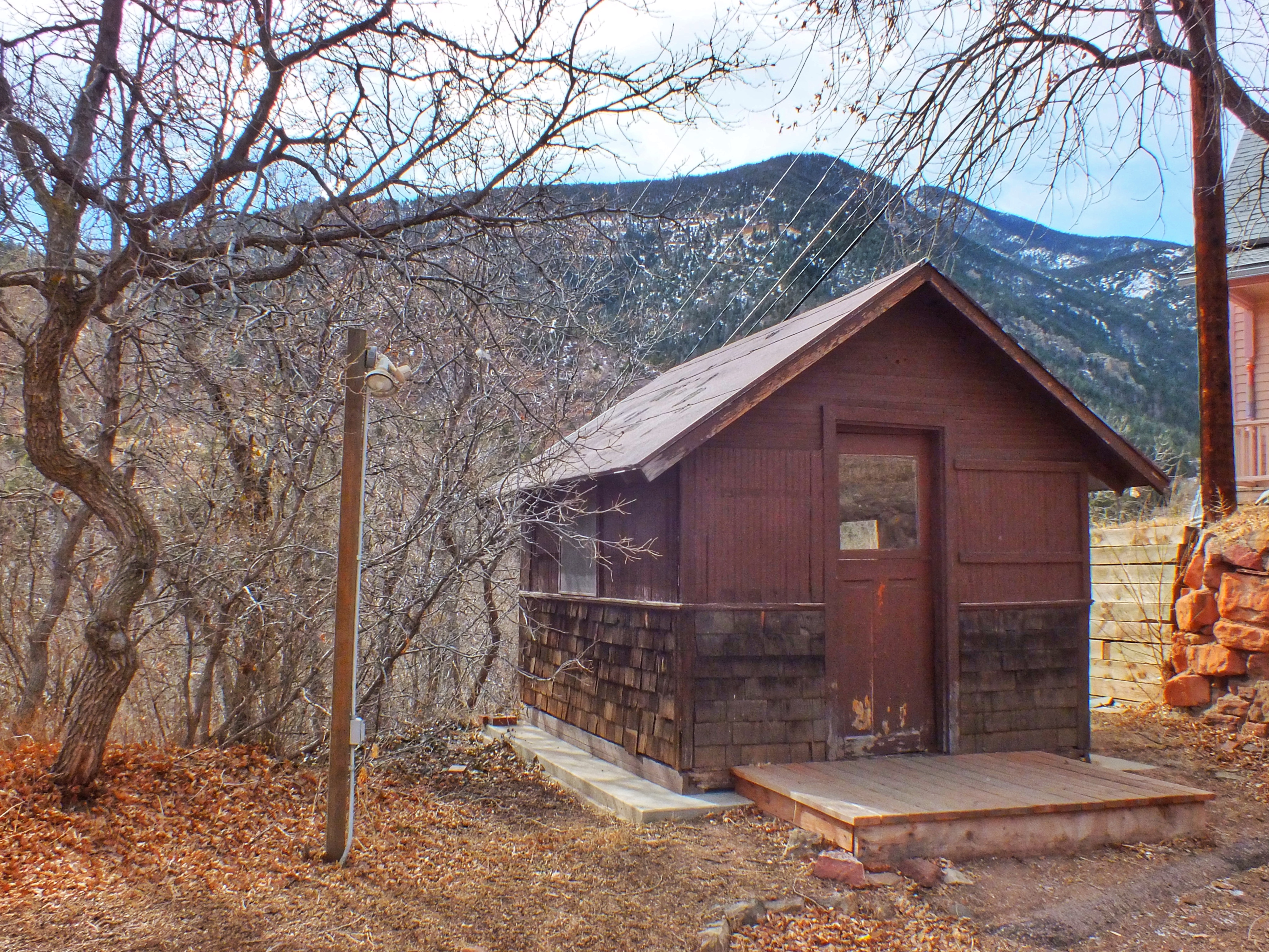 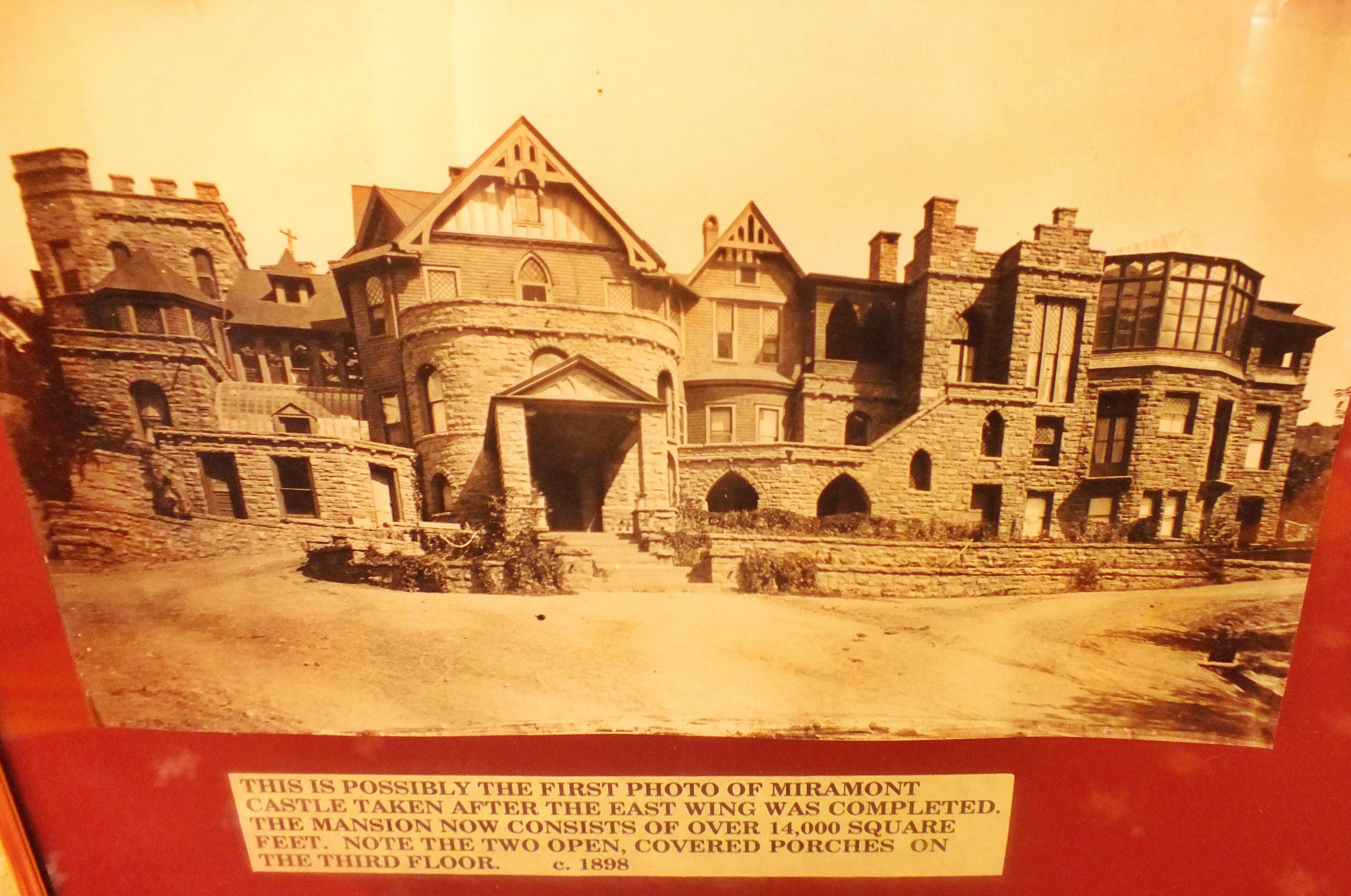 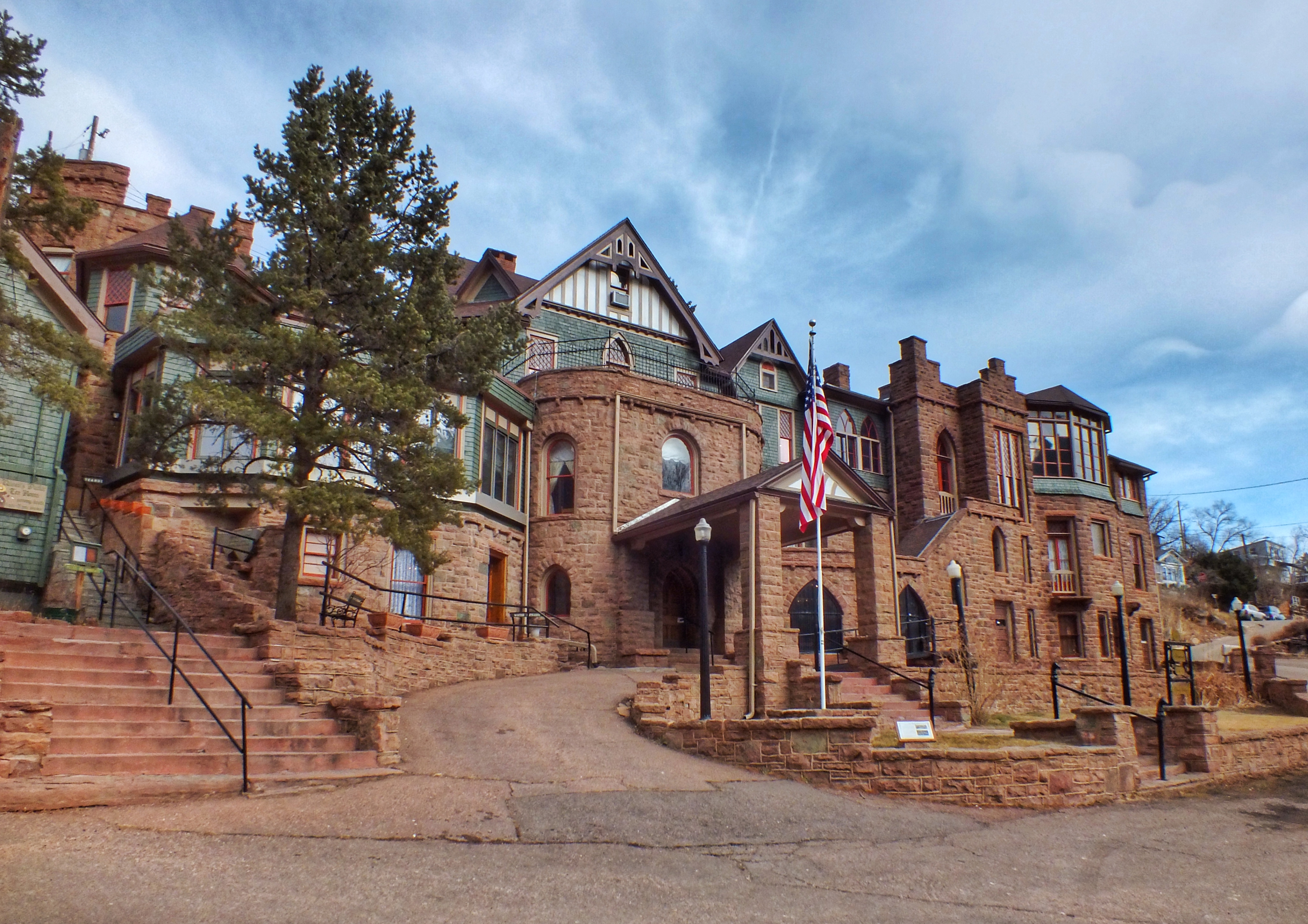 Are we glad we went? Sure, after all, we live here now. Was it interesting? Mildly. Was it worth $9 each? No. Would we go back? Probably not, unless we find ourselves with an extra $800 and a need for a thermos jug.