Fort Vancouver was a U.S. Army post from 1849 until 2011 when many of the barracks and other buildings became part of the National Park. In 1849, construction began on a row of houses on the ridge above the fort. These houses, used by Army officers, are still there, not part of the park proper, but included in a National Historic Reserve. Most of them are occupied by local businesses and organizations. 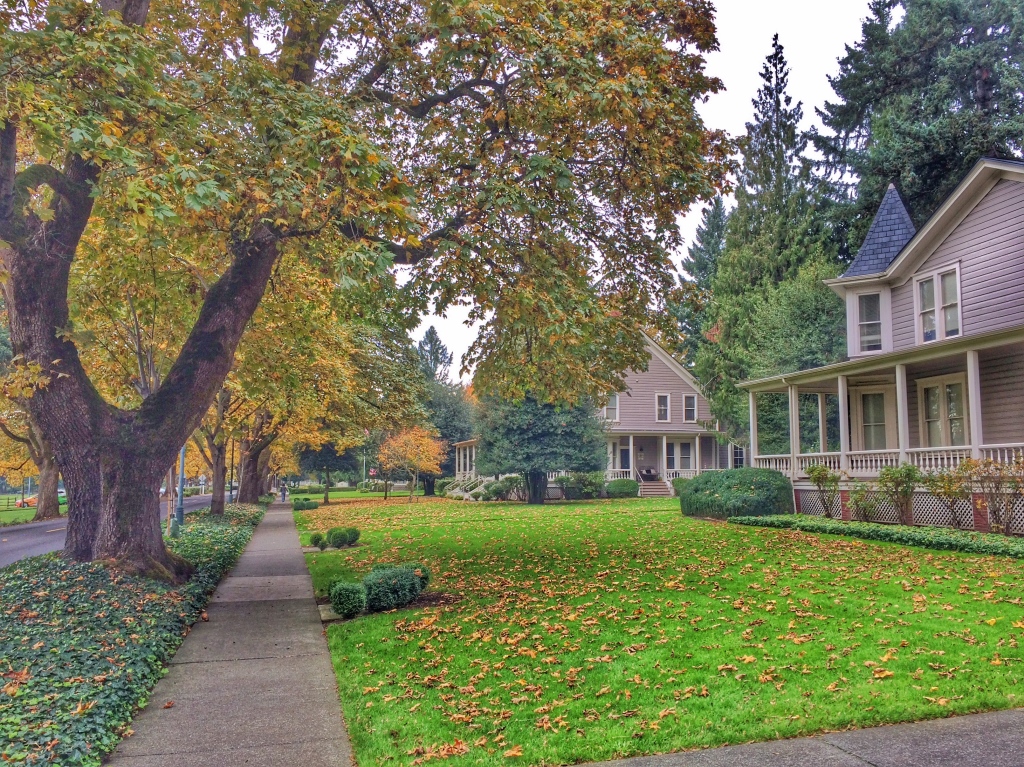 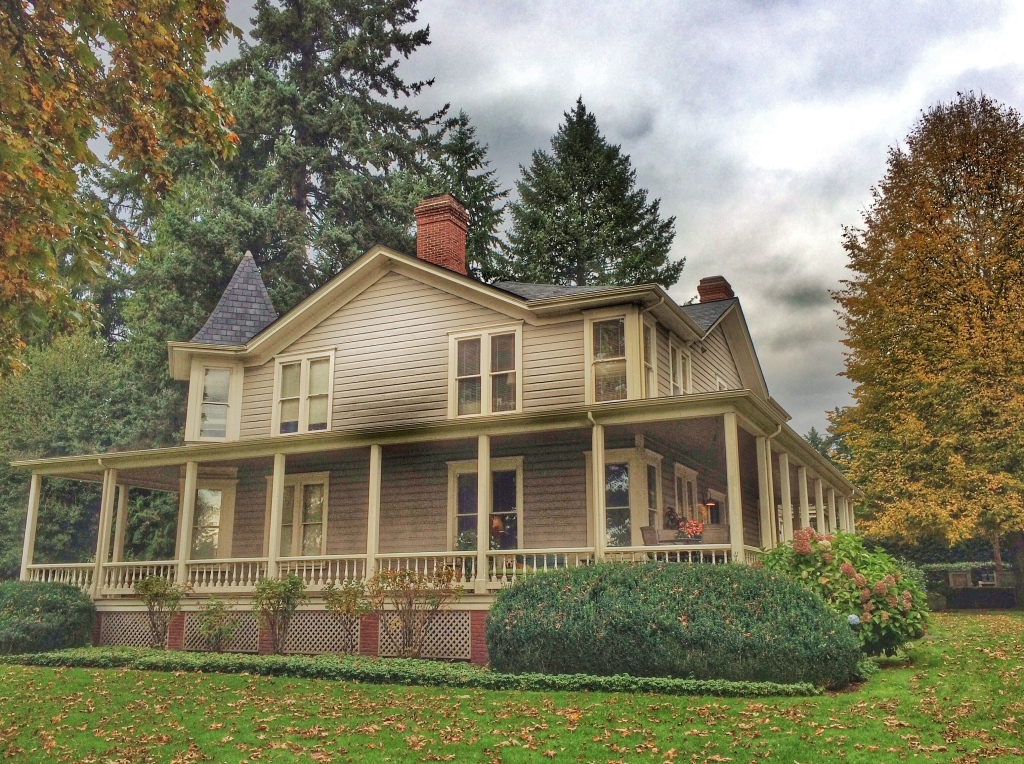 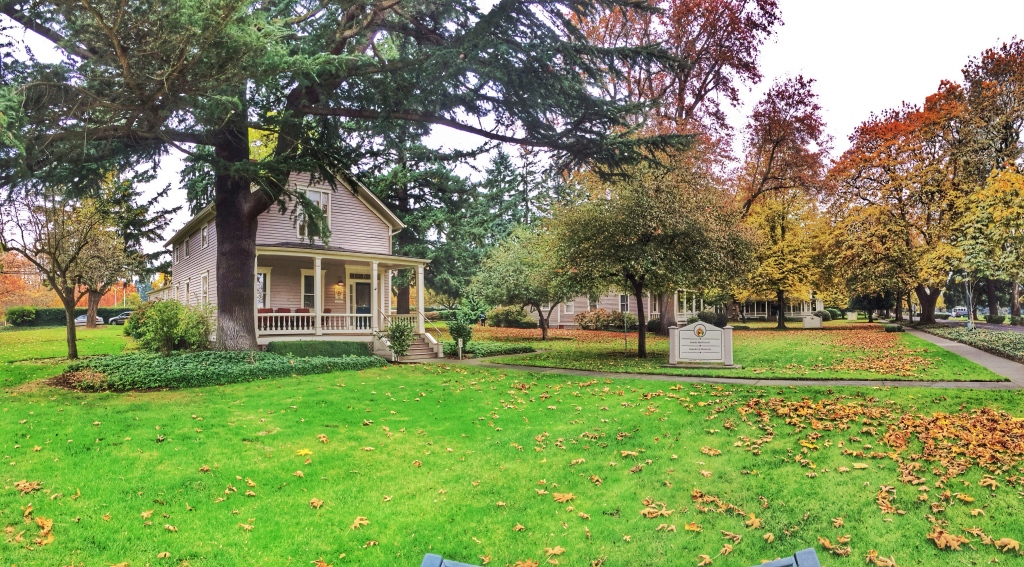 The Howard House was built in 1878 for General Oliver Otis Howard who was Commander of the Department of the Columbia (covering Oregon, Washington, Alaska and parts of Idaho). 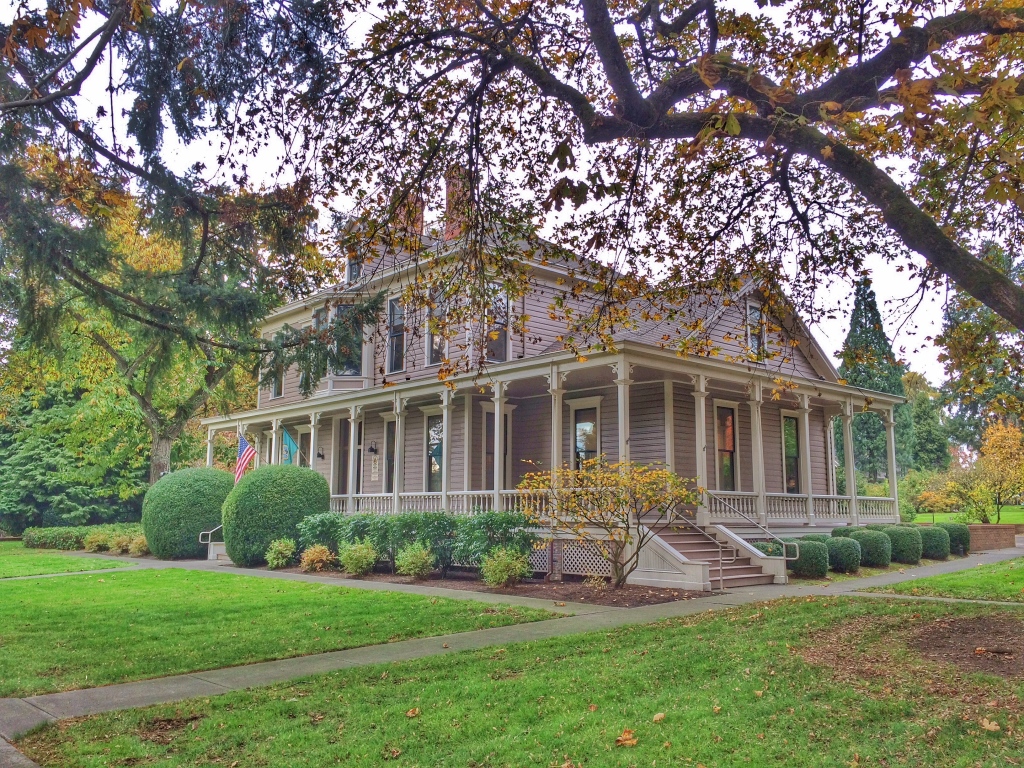 The Grant House was built in 1849 and is the oldest remaining building on the post. It is named for Ulysses S. Grant, who was stationed here in 1852 as a Brevet Captain, but he never lived in the house. The house is now a restaurant, and I stopped in for lunch. 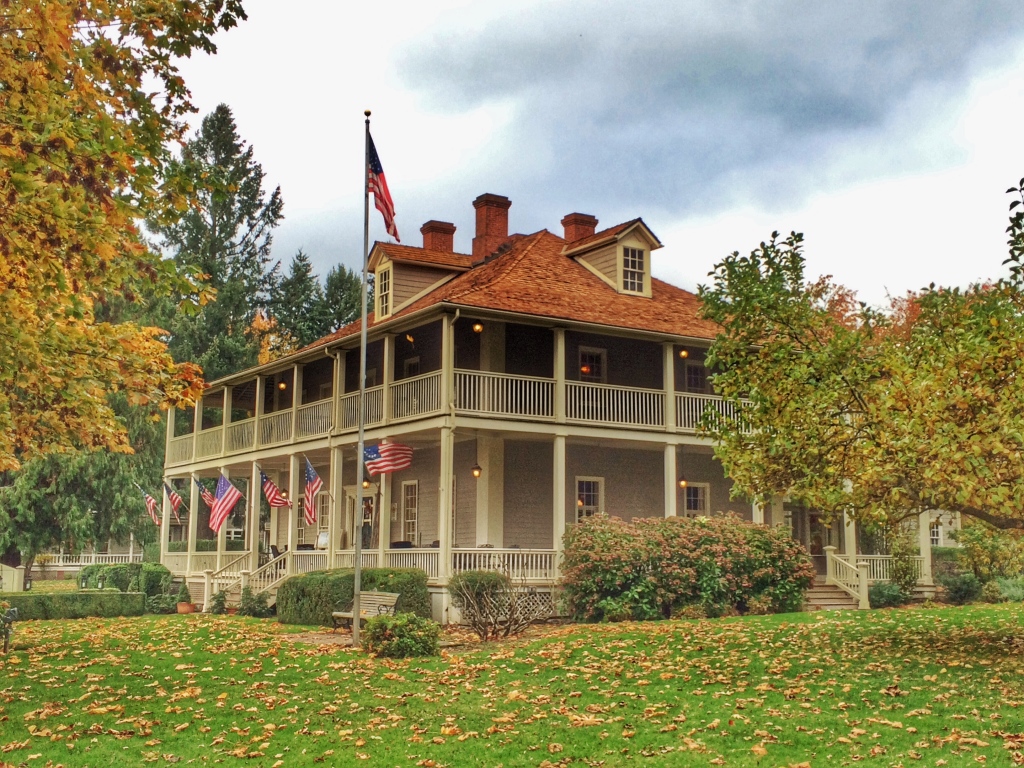 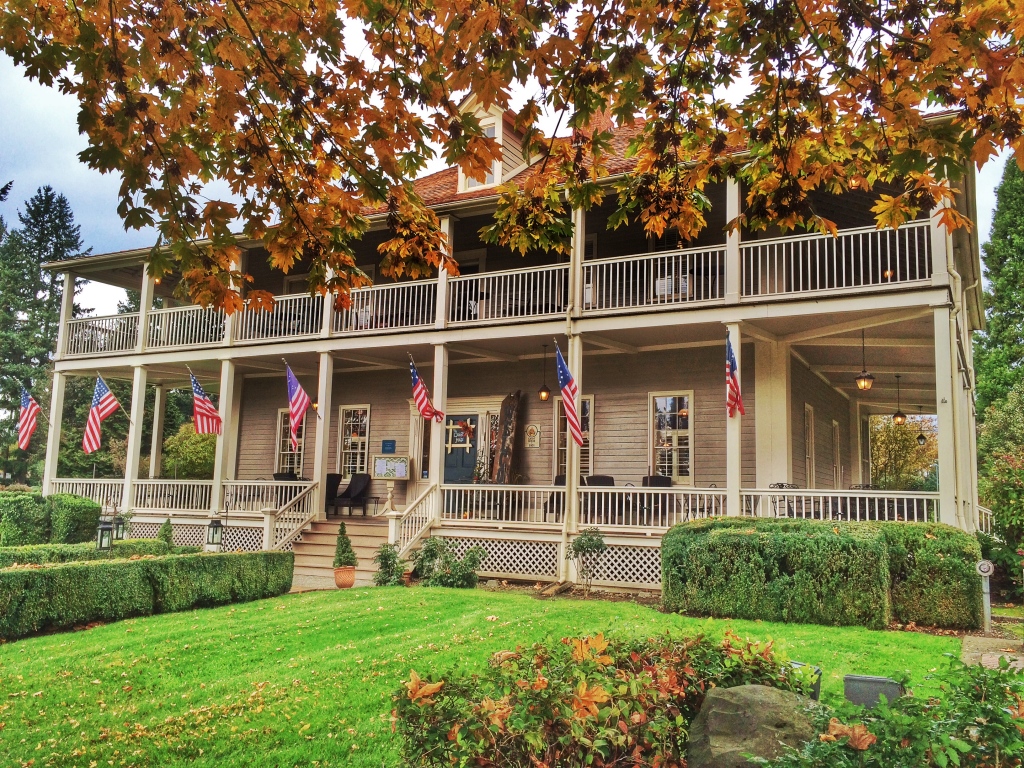 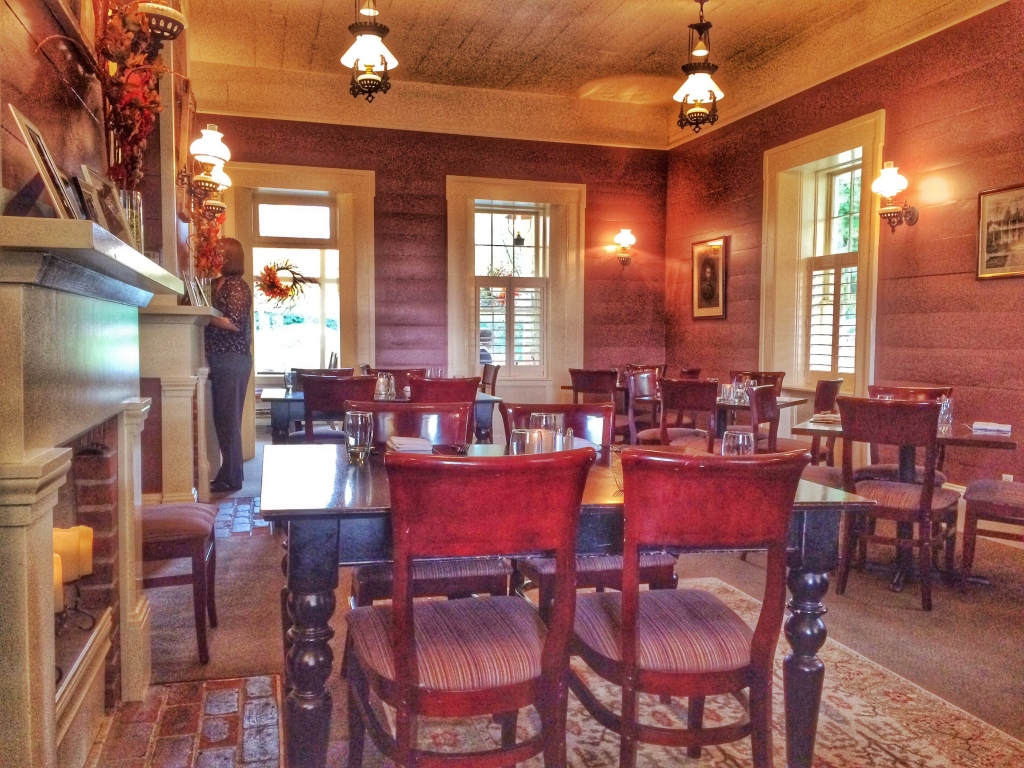 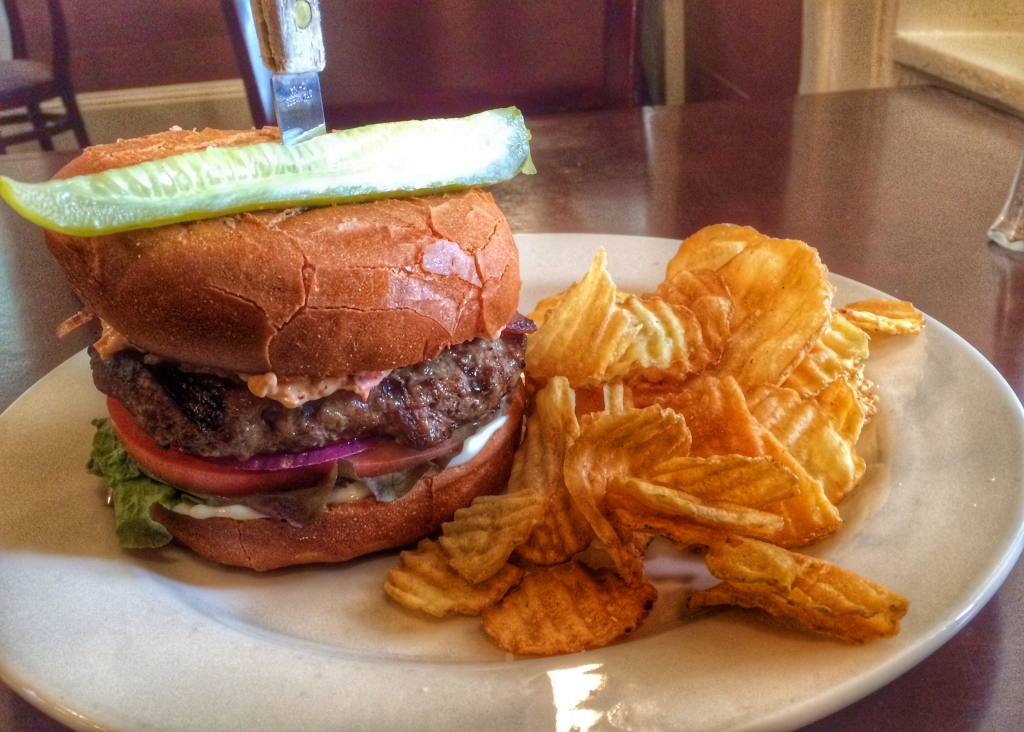 My cheeseburger and chips were excellent, although I didn’t tarry long because I always feel a bit odd eating by myself at a fancy sit-down restaurant.

A short way up the street is the Marshall House, built in 1886. It replaced the Howard House as the residence of the Commander. The first resident was General John Gibbon, who rose to fame during the Civil War as the brigadier who led the Iron Brigade. He was also first on the scene after the Battle of the Little Big Horn.

Its most famous resident was General George C. Marshall who lived here with his wife Katherine and their daughter from 1936 to 1938. He was commanding a brigade at the fort and supervising the CCC camps in the region.

The first floor of the house is open for tours on the rare days when it isn’t rented out for a business meeting or wedding. An older gentleman met me at the door and took me about for free. 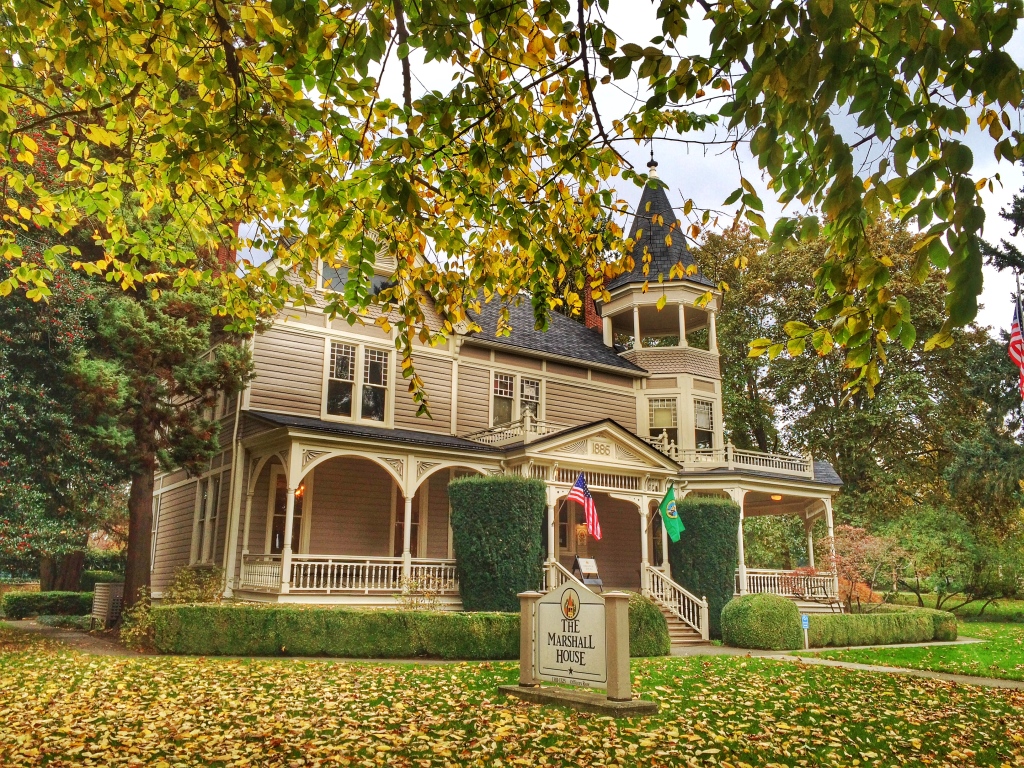 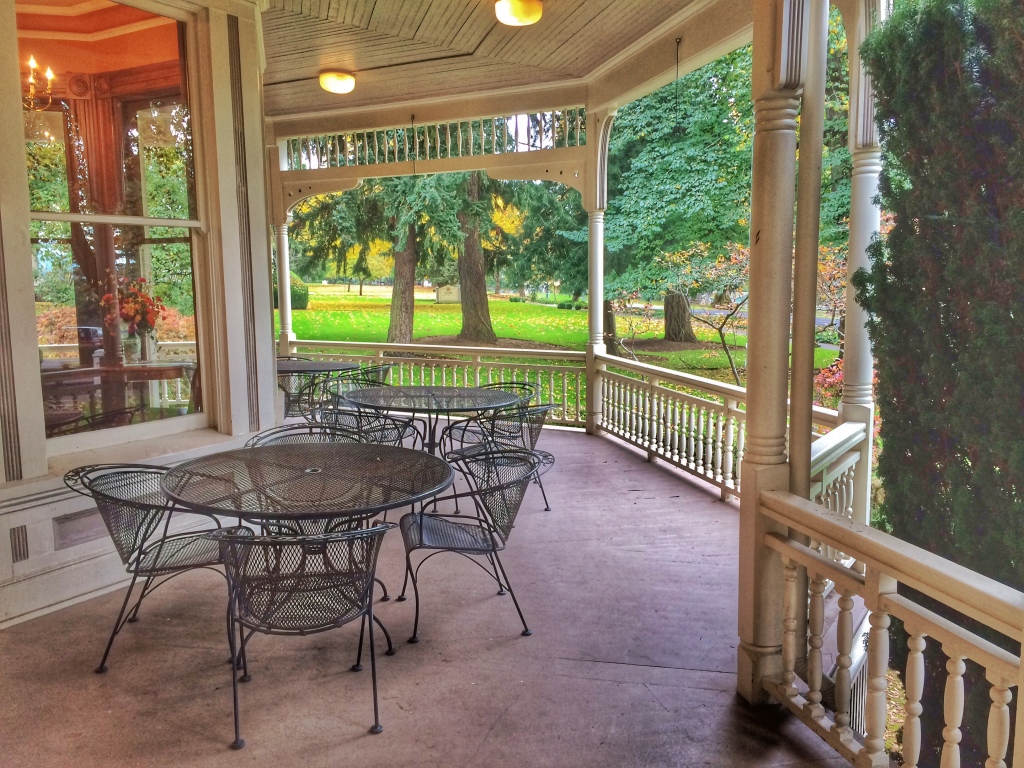 All the fixtures in the house are original, but only two dining room chairs and some smaller pieces  of furniture belonged to the Marshalls. 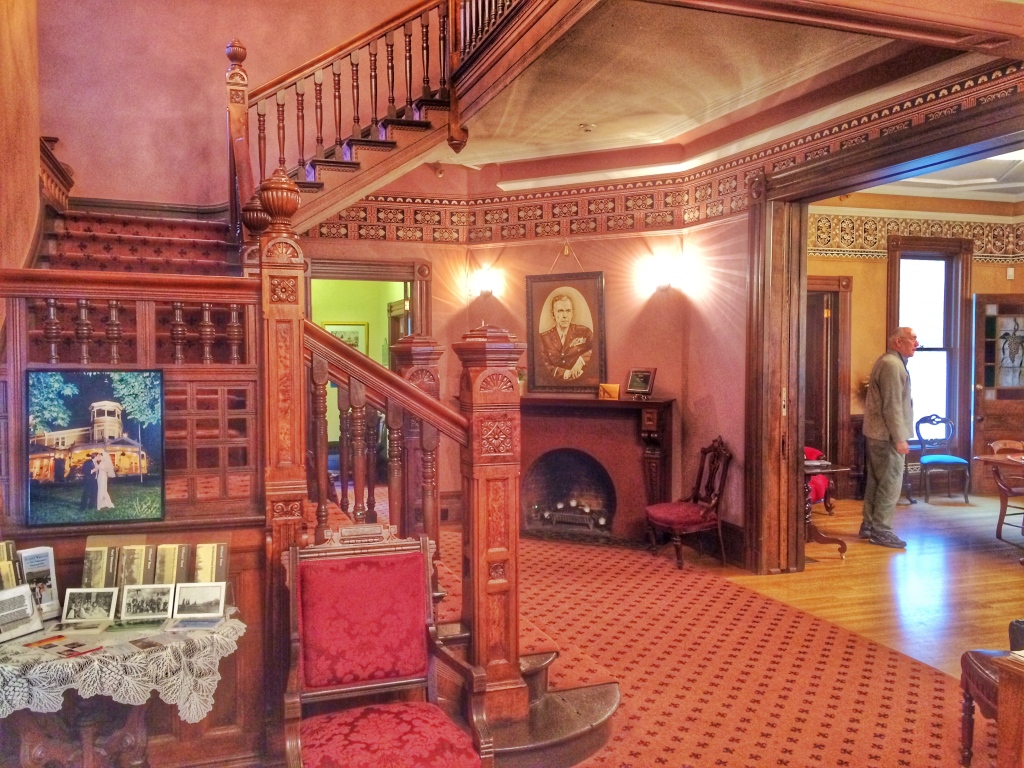 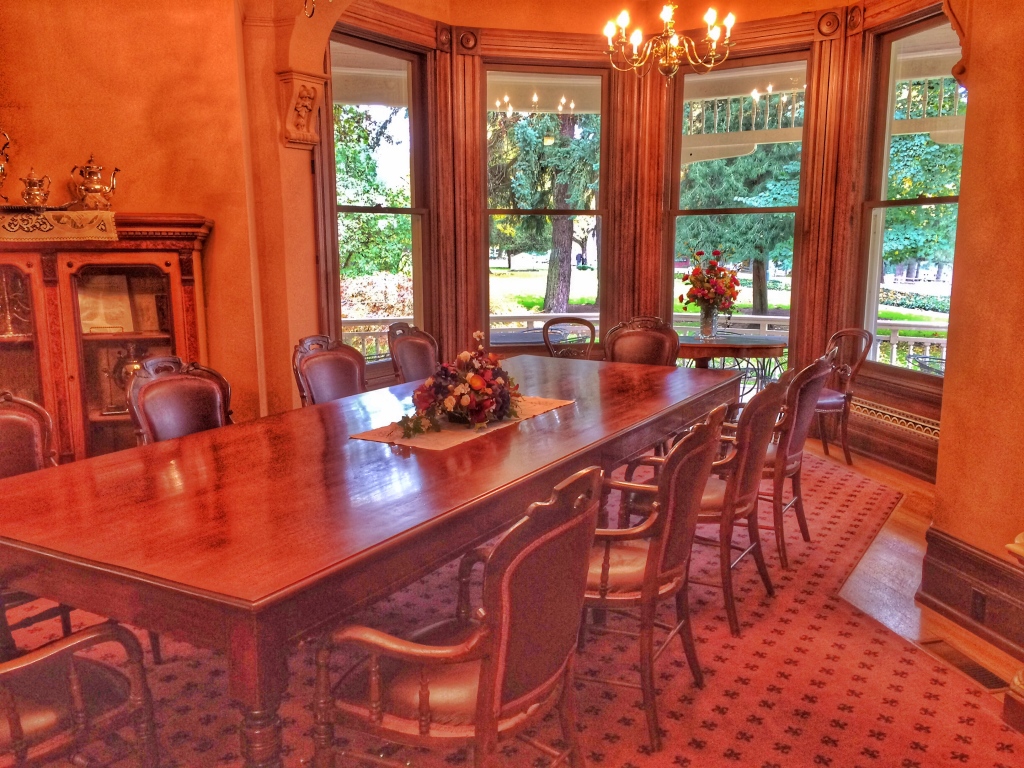 Marshall’s study (below). The room behind my guide is a bathroom. It was installed when Madeleine Albright was Secretary of State in what was once a closet. She visited the area and announced that she wanted to stay in the house. The bedrooms upstairs have all been turned into offices rented by local businesses, so they had to turn Marshall’s study into a bedroom. And then the Secret Service informed whoever owns the house that Albright had to have her own bathroom. So they scrambled and had one installed in the closet. That’s a degree of power and conceit that is foreign to me. 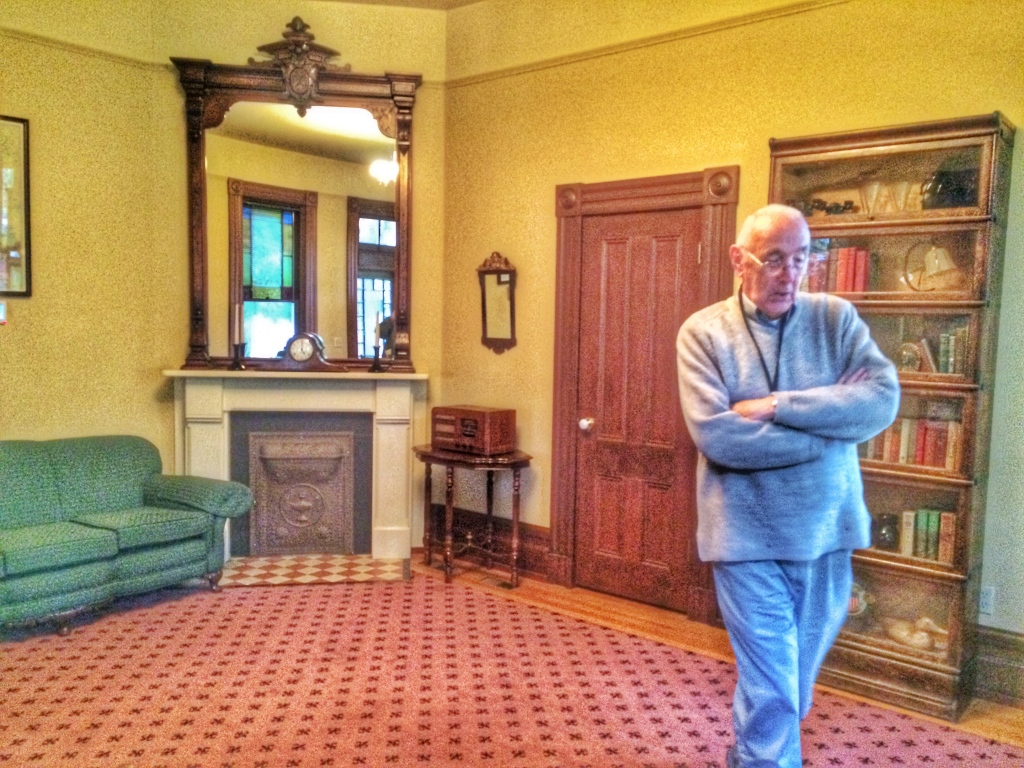 The two chairs on either side of the desk belong to Marshall. (Not the rolling desk chair.) 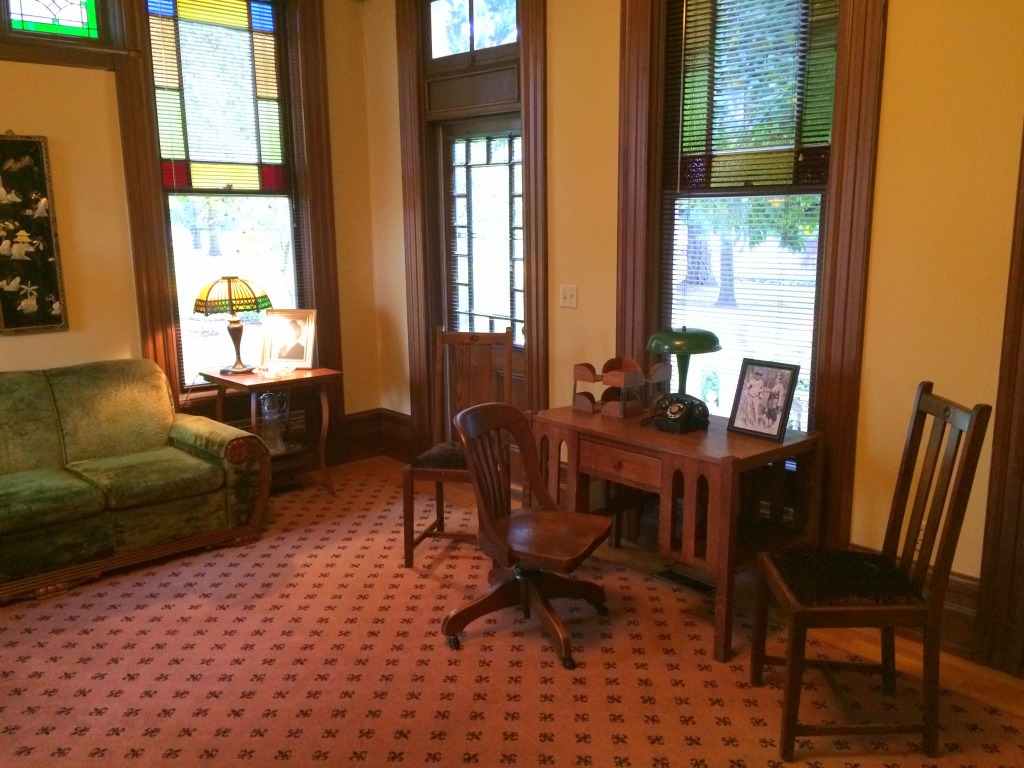 This picture was given to Marshall by the Japanese after World War II in appreciation for the Marshall Plan which enabled them to rebuild their country. The gold is gold flakes and the red is ruby flakes. The picture has its own alarm system. 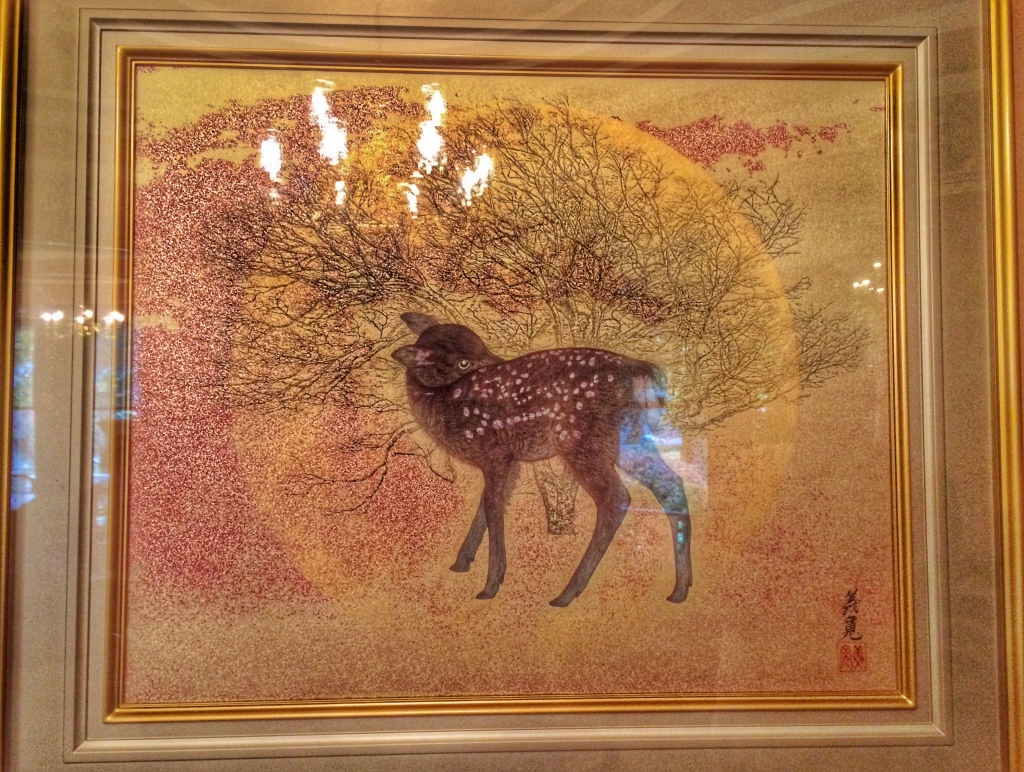 This was Marshall’s hat when he was a cadet at the Virginia Military Institute. He’s wearing it in the photo below (third from the left in the front row). 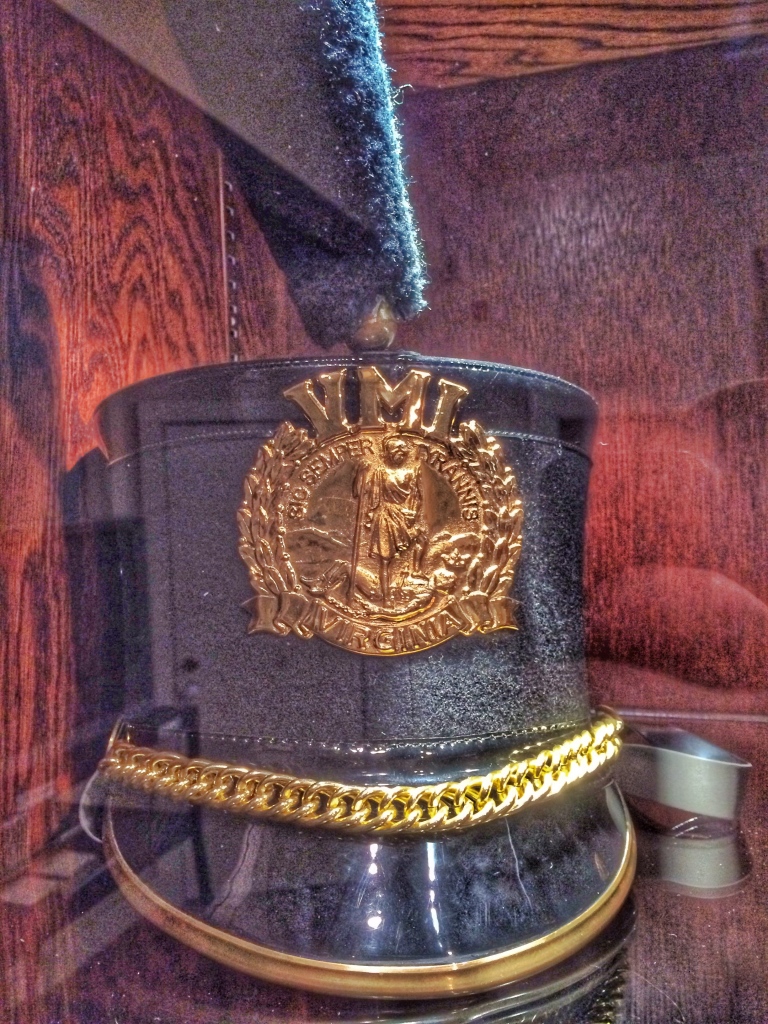 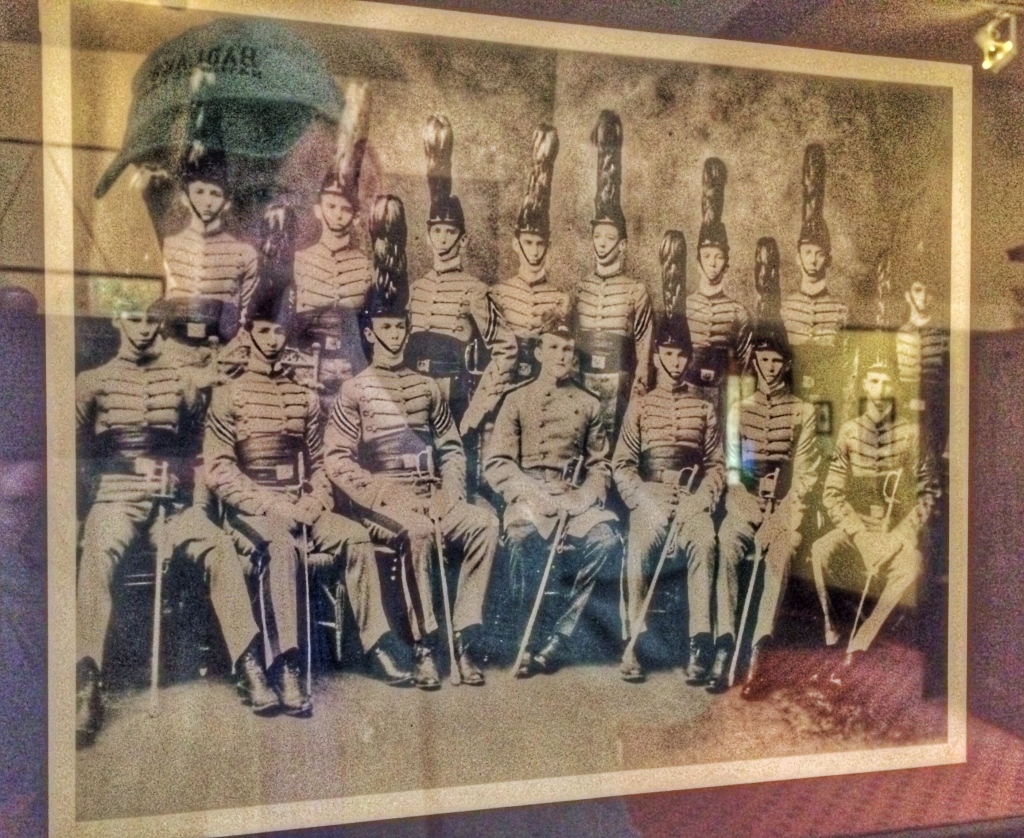 Me holding the helmet Marshall wore during World War I. 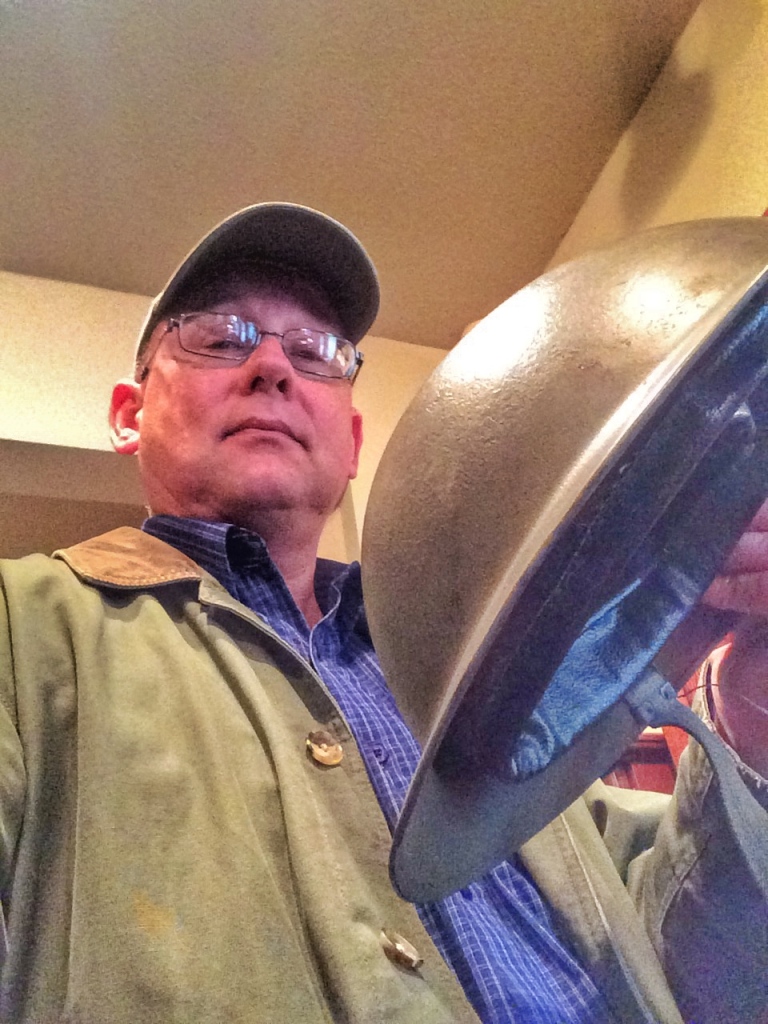