We wandered around the fort a bit while the girls slept in the car. There wasn’t much to see and no interpretive signs. The one bit of information we did discover was from an old woman in period costume who was portraying a settler named Ann McGinty. Ann, we were told, is famous for bringing the first spinning wheel to Kentucky. I was surprised I’d never heard of her. I wonder who brought the first toaster. 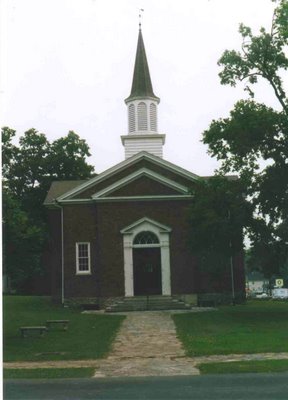 Anyway, from the fort, we wandered about 100 yards to a small church. We had no idea what to expect. Imagine our surprise to find it was in fact the Lincoln Marriage Temple, an edifice built specifically to shelter the one-room log cabin where Thomas Lincoln and Nancy Hanks, Abraham’s parents, were supposedly married on June 12, 1806. It was moved to this site from its original location near Springfield, Kentucky. 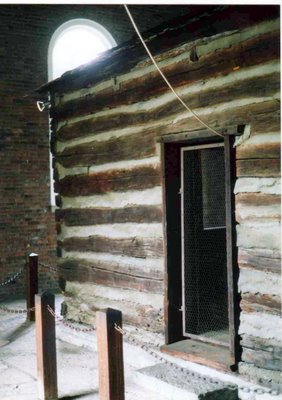 A wire mesh was bolted across the door of the cabin, but there was nothing inside. I’m a Lincoln fan, but there was something sad about this level of adoration for a mere man — a church for the cabin where his parents were married? We didn’t stay long.

This entry was posted in Forts, Presidential Sites. Bookmark the permalink.