After our walk on the bridge, we drove to downtown Little Rock and parked by the William J. Clinton Presidential Library. I gave my wife the option of touring the library or the historic sites downtown. She opted for the historic sites, but we got a heavy dosage of Clintons anyway.

Our first stop was the Clinton Museum Store. It's chock full of books about Clinton, photos of Clinton, buttons, pins and magnets about Clinton … We bought Bill and Hillary cookie cutters for some friends of ours and a "I miss Bill" sticker that somehow ended up on my father-in-law's bedroom mirror. As we were purchasing these items, I asked the guy at the checkout counter where the nearest public bathrooms were. He told us to follow him. He led us through the store to a door that said, "Authorized Personnel Only." He guided us through the door into a large warehouse of items sold in the store, then into a back office area full of people at desks. He pointed to the bathroom doors and left.

We were walking back out through the storeroom when we were greeted by another woman who asked us where we were from. When we said Chicago, she immediately commented on how cold it was up north and how we probably think it was a nice day in Little Rock but that she thought it was freezing. (It got up into the low 50s.) We had variations on this conversation about eight times before the day was over. I asked the woman how to get to the Old State House Museum. She led us outside and pointed down the street, but she said it was much to far to walk — at least 12 blocks — and recommended that we take the trolley.

Twelve blocks, in Chicago terms, is a mile and a half. We're walkers, and even in my weakened condition due to my ulcer, it didn't sound like much. We set off. It turned out it wasn't much — three or four blocks down we happened upon the Old State House Museum. 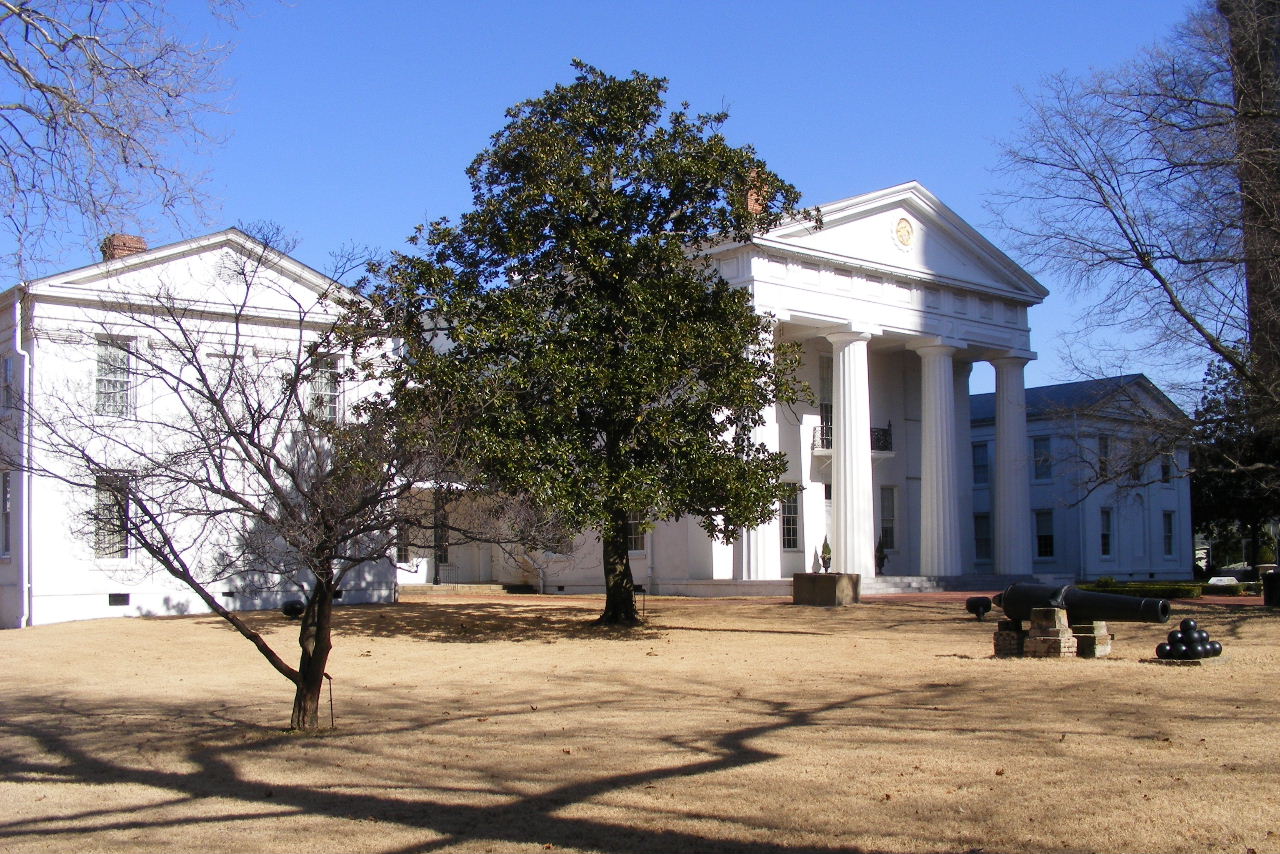 Construction on the building began in 1833 and was completed in 1842. It's the oldest surviving state capitol west of the Mississippi. Admission was free, which made it doubly attractive to us. 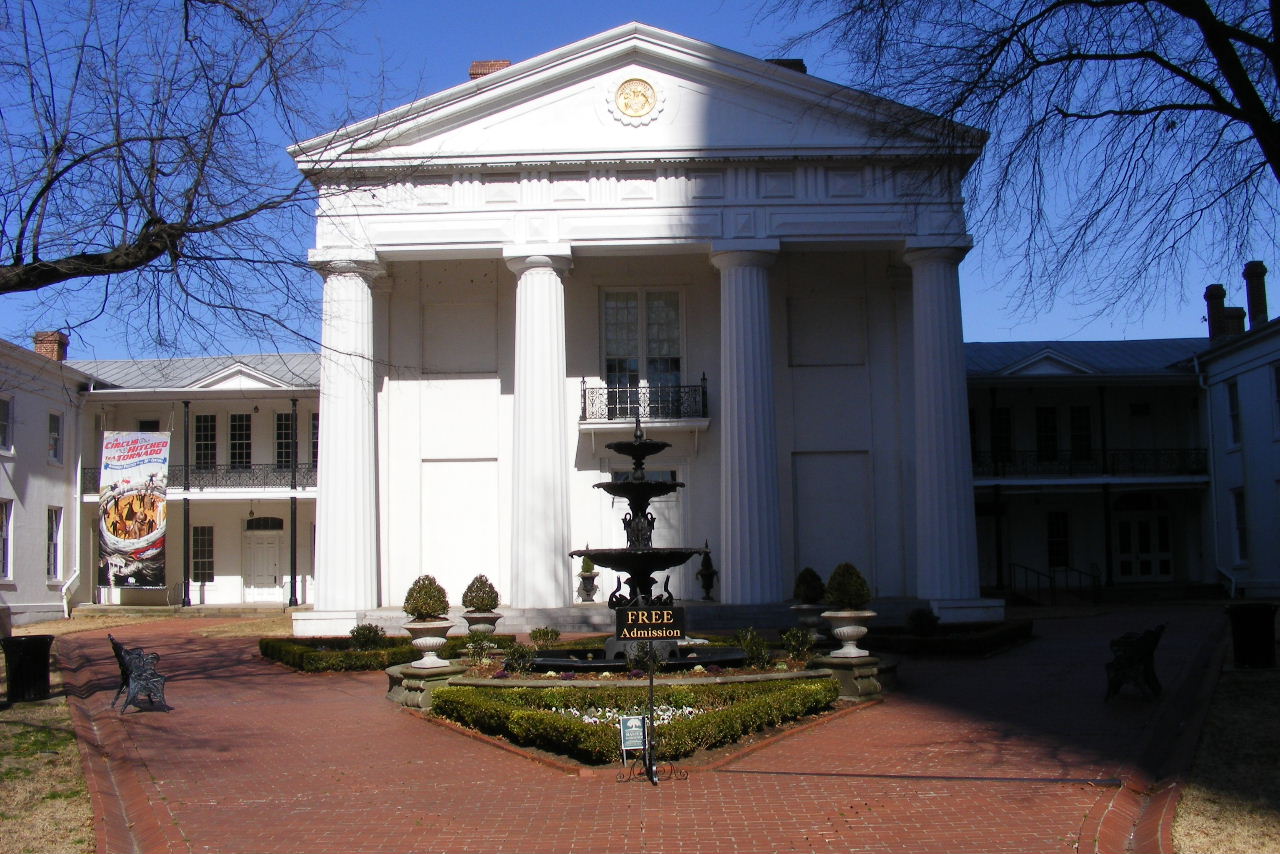 After having the "How cold is it in Chicago? We think it's cold here" conversation with the clerks at the desk, we set off on our self-guided tour. All the displays are very-impressively done, but most of them weren't all that interesting. I can't even imagine a thorough-going fan of Arkansas history being overly excited by a collection of the gowns worn by all the governors' wives at their husbands' inaugurations. There were displays on the various gubernatorial (why "guber…") campaigns and a lot of portraits of, and furniture belonging to, people we'd never heard of. The most impressive room was the 1836 House of Representatives Chamber. A man in period costume told us about a knife fight in the early days during which one representative killed another. It was also the room in which the vote for Arkansas's secession during the Civil War took place. 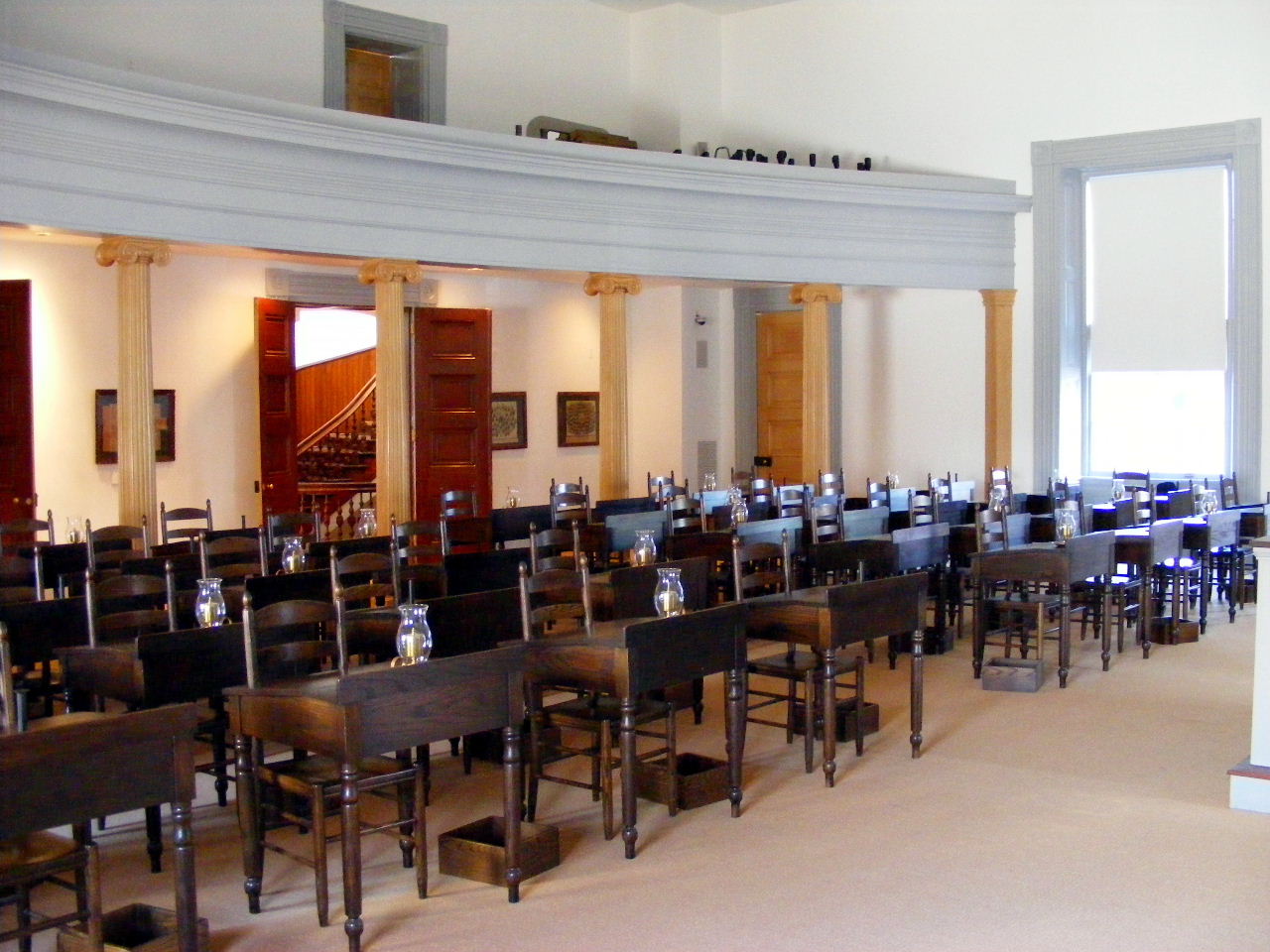 Bill Clinton announced his candidency for President on the steps of this building in both 1992 and 1996. A dress that Hillary wore during the first speech is on display. 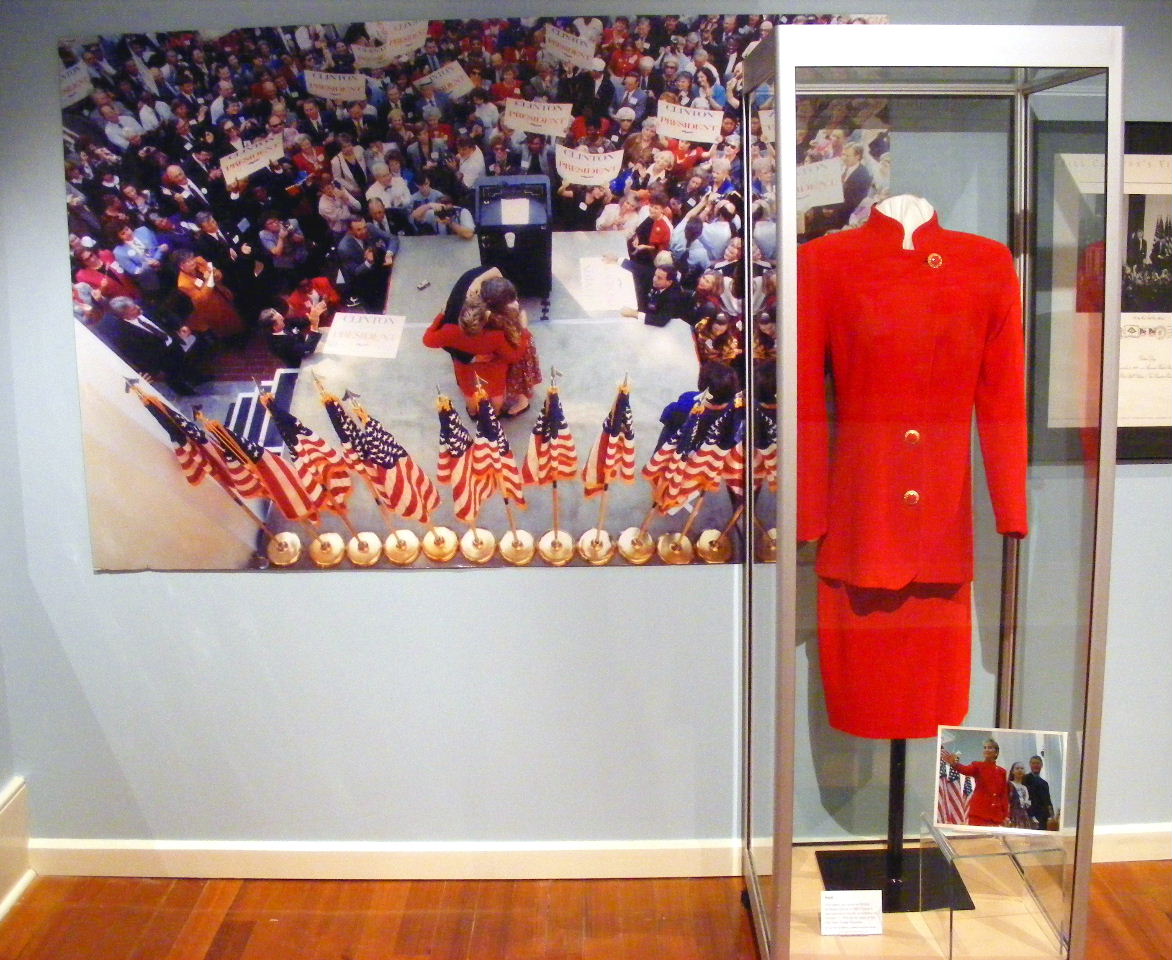 It seemed like every room contained at least one of Hillary's gowns or a pair of her shoes or something. The woman certainly has an enthusiastic sense of her own importance. A pair of Bill's shoes was also on display — ones he wore on the 1992 campaign trail. I was proud to discover they were New Balance, the same brand I wear. This is, perhaps, the only thing he and I have in common. 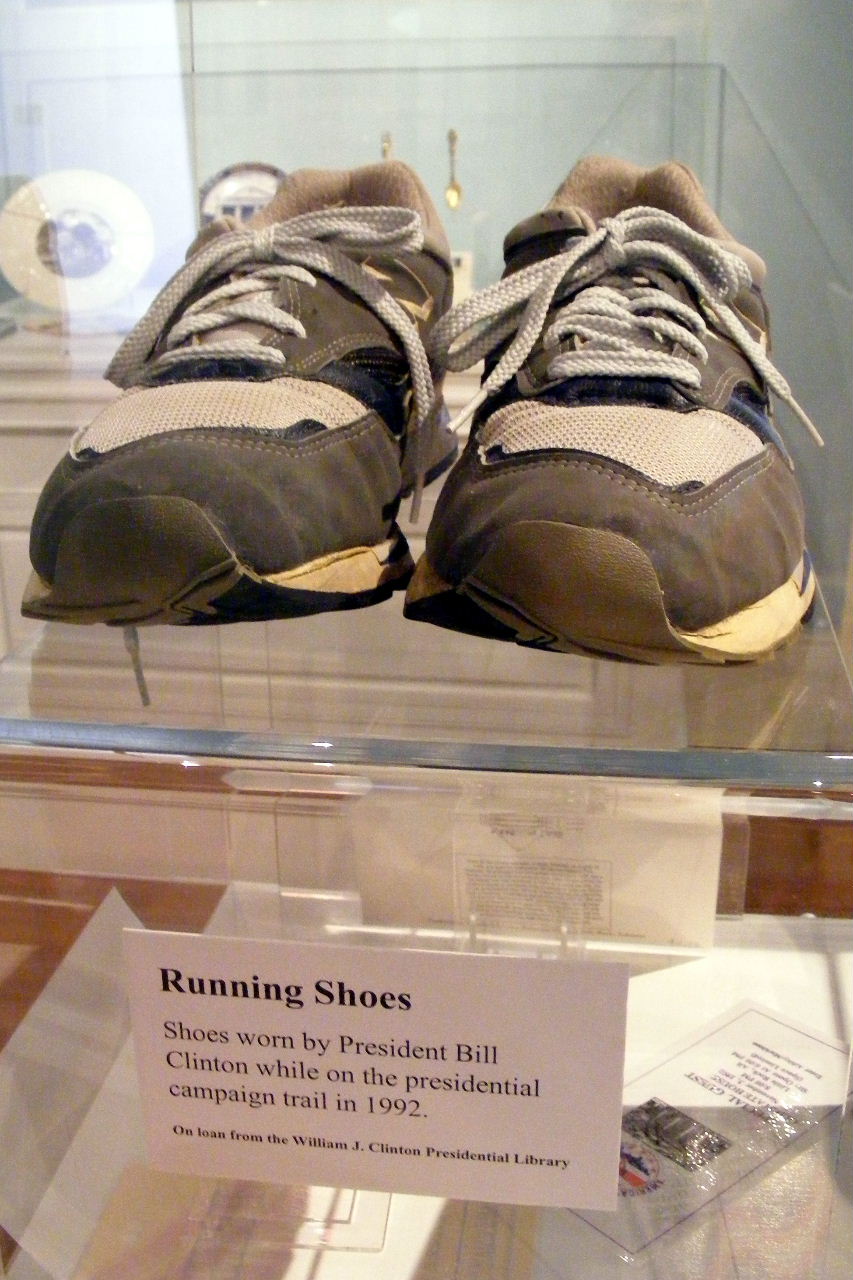 It would take Evelyn Wood a week to read all the displays in the museum. We were in and out within an hour, which gives you an idea of how thorough we were. Still, there were some amusing artifacts and it was free, so we had no regrets. 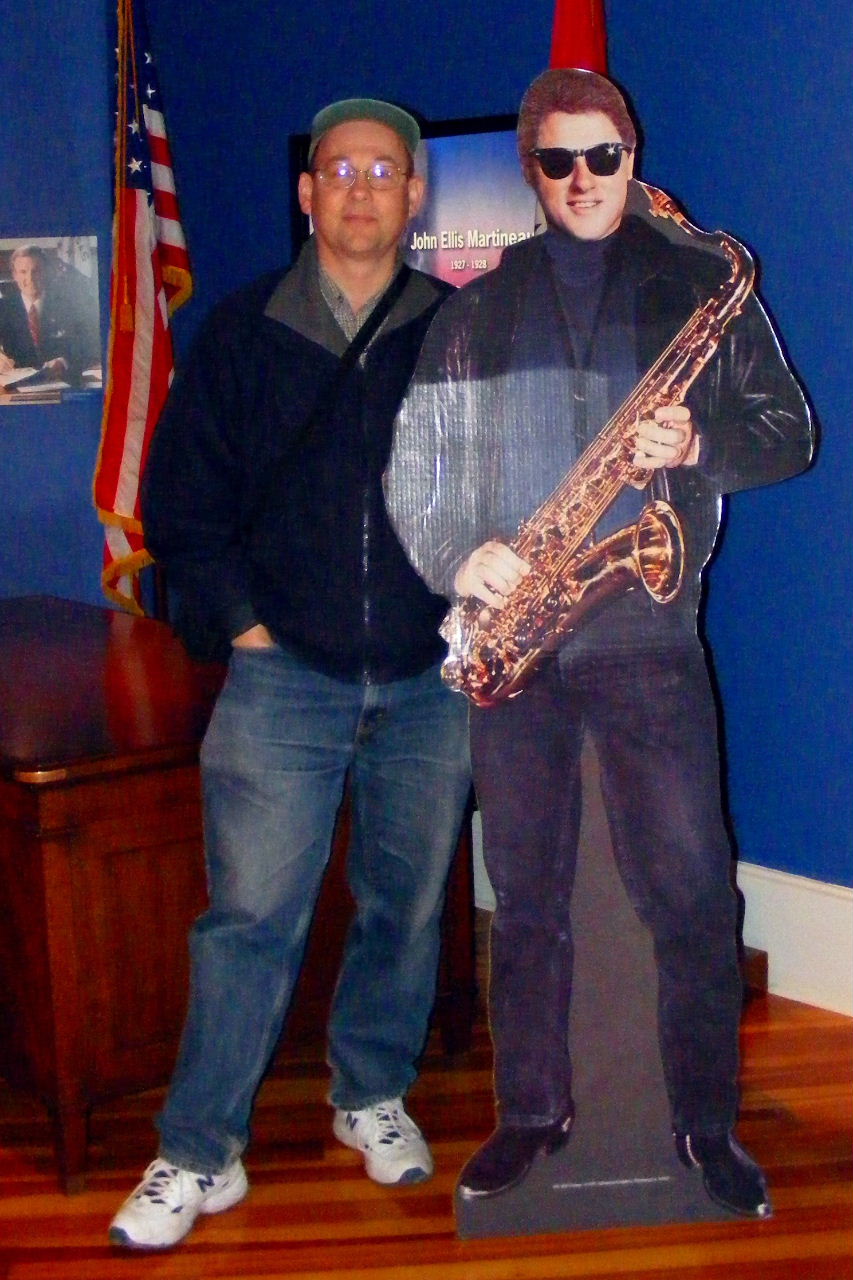