Back in the 1980’s, I was very into the Olympics. I’m not sure why I no longer am. Perhaps it has something to do with the decision to allow professional athletes. Or maybe it’s because the media coverage was slanted more and more toward women with endless stories about the backgrounds and struggles of the participants and very little actual televised events. It felt like reality TV before there was such a thing and I just quit watching.

One of the Olympic Training Centers is in Colorado Springs. Trainees from many of the sports practice here because of the high altitudes. Others train at spots all over the states. To get into the program, an athlete has to be recommended by the authority for his or her sport. I knew we’d eventually visit, and that eventually turned out to be today.

It cost us $12 each for the tour. We watched a video, then took a tour of the grounds led by a young woman who “isn’t an Olympic trainee although I’d like to be. I’m a soccer player who just comes here in the summer for a really great job.” 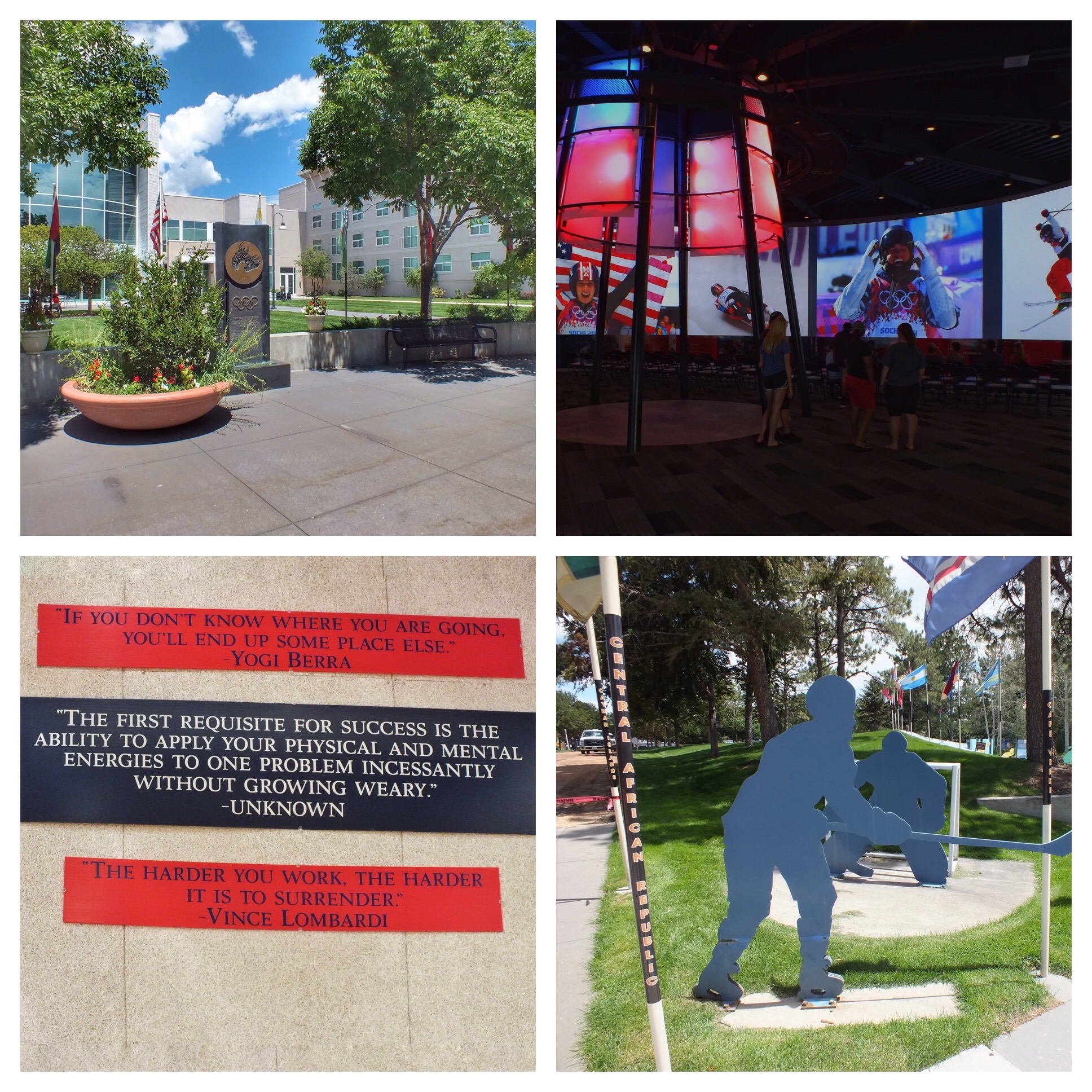 The training areas and dorms are arranged around a center square. We were walked up one side and down the other. There were statues and plaques for the various sports, but we weren’t allowed any time to read any of them. Apparently very few athletes train on Saturday afternoons. We saw one sweaty wrestler hugging a wall mat and a young woman shooting a pistol on the range. 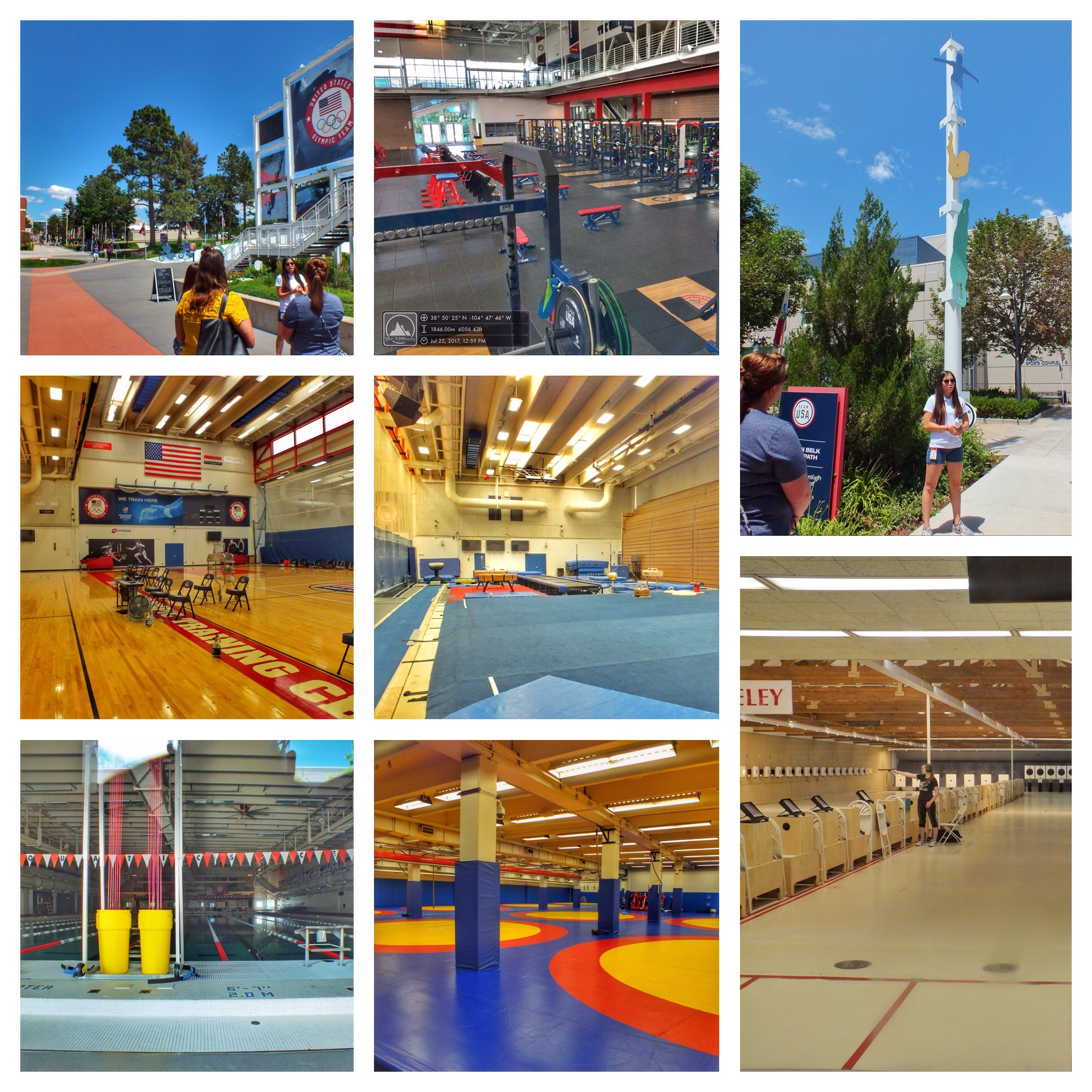 When the tour was over, we wandered through the gift shop and out into the sculpture garden and then we were done—all in little over an hour.

I did find this shirt in the gift shop. I posted this photo on Facebook to announce that I’d found what I was giving everyone for Christmas. 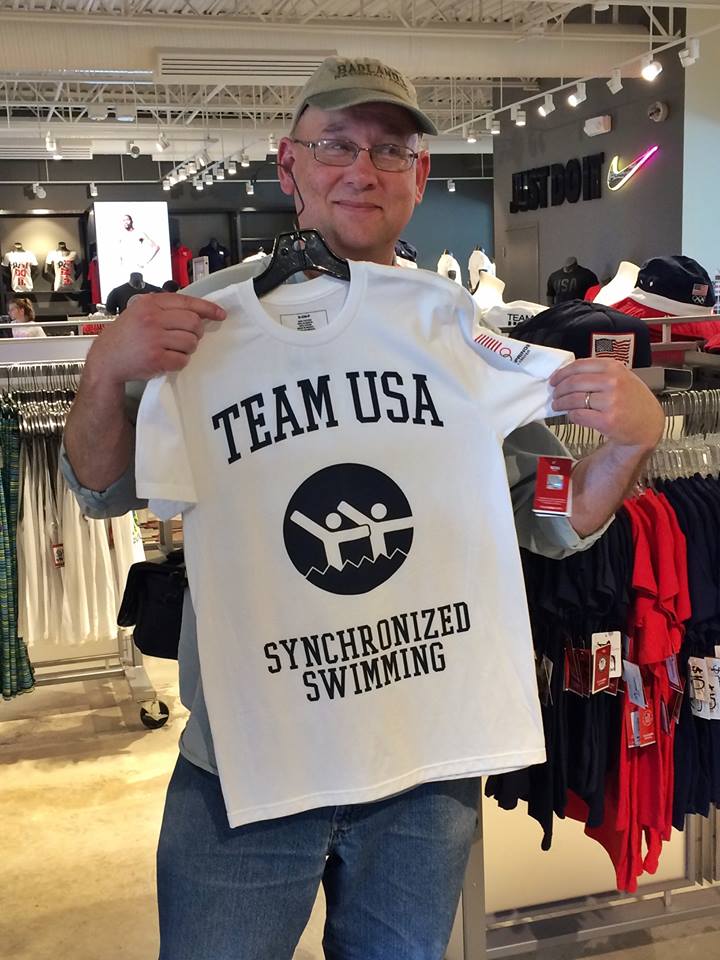 I guess I expected more Olympics history/artifacts. As it was, I felt like I was taking a tour of my high school.