I went birding today as a quiet protest against everyone telling me I should stay at home. I drove down to Lake Pueblo State Park, walked 7.5 miles, and saw 47 species. The only bird of note was an Eastern Phoebe. But the day was beautiful and relaxing, and I exercised my inalienable rights of liberty and the pursuit of happiness. Here are my best photos.

Five Redheads and an American Wigeon 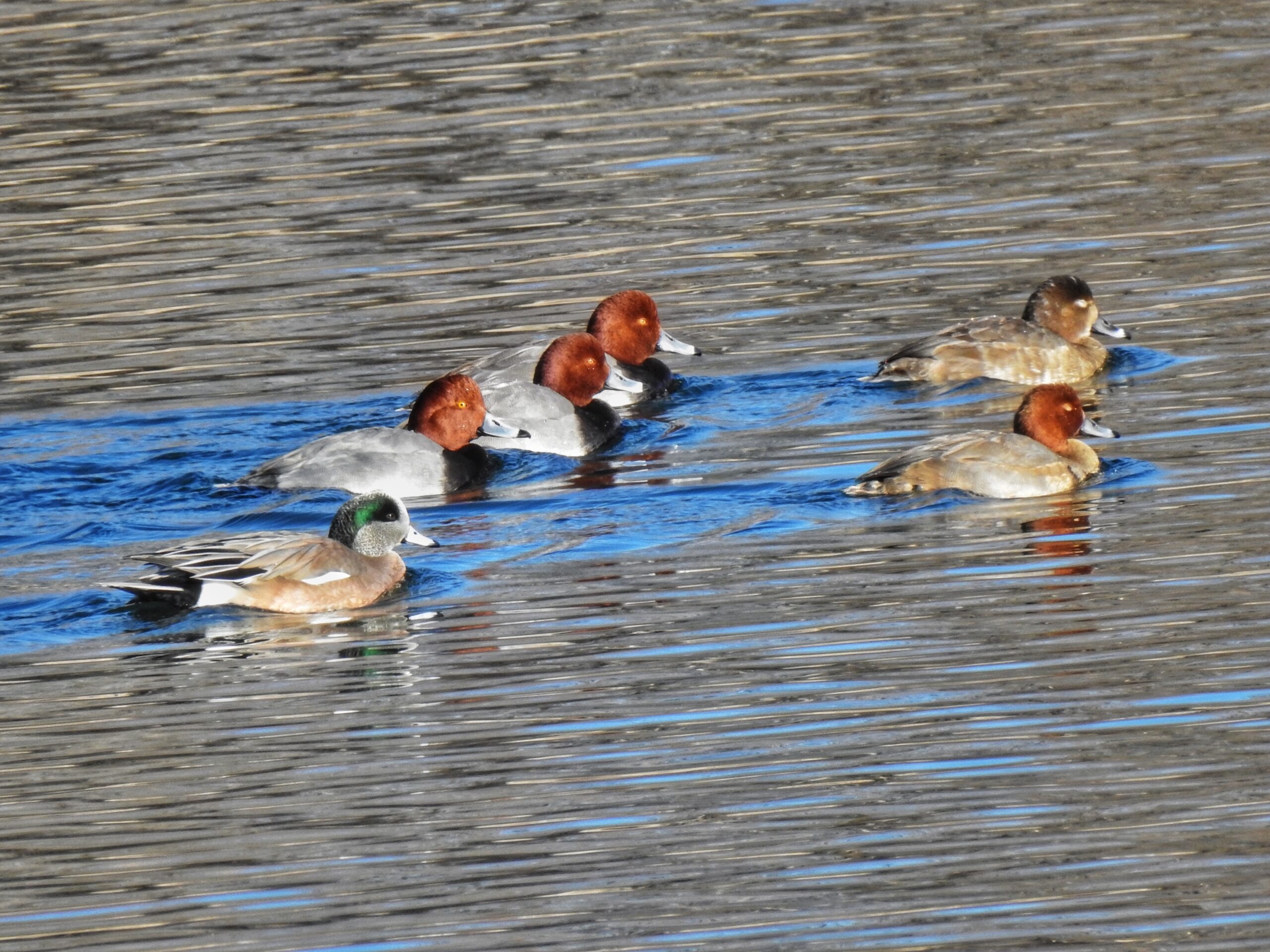 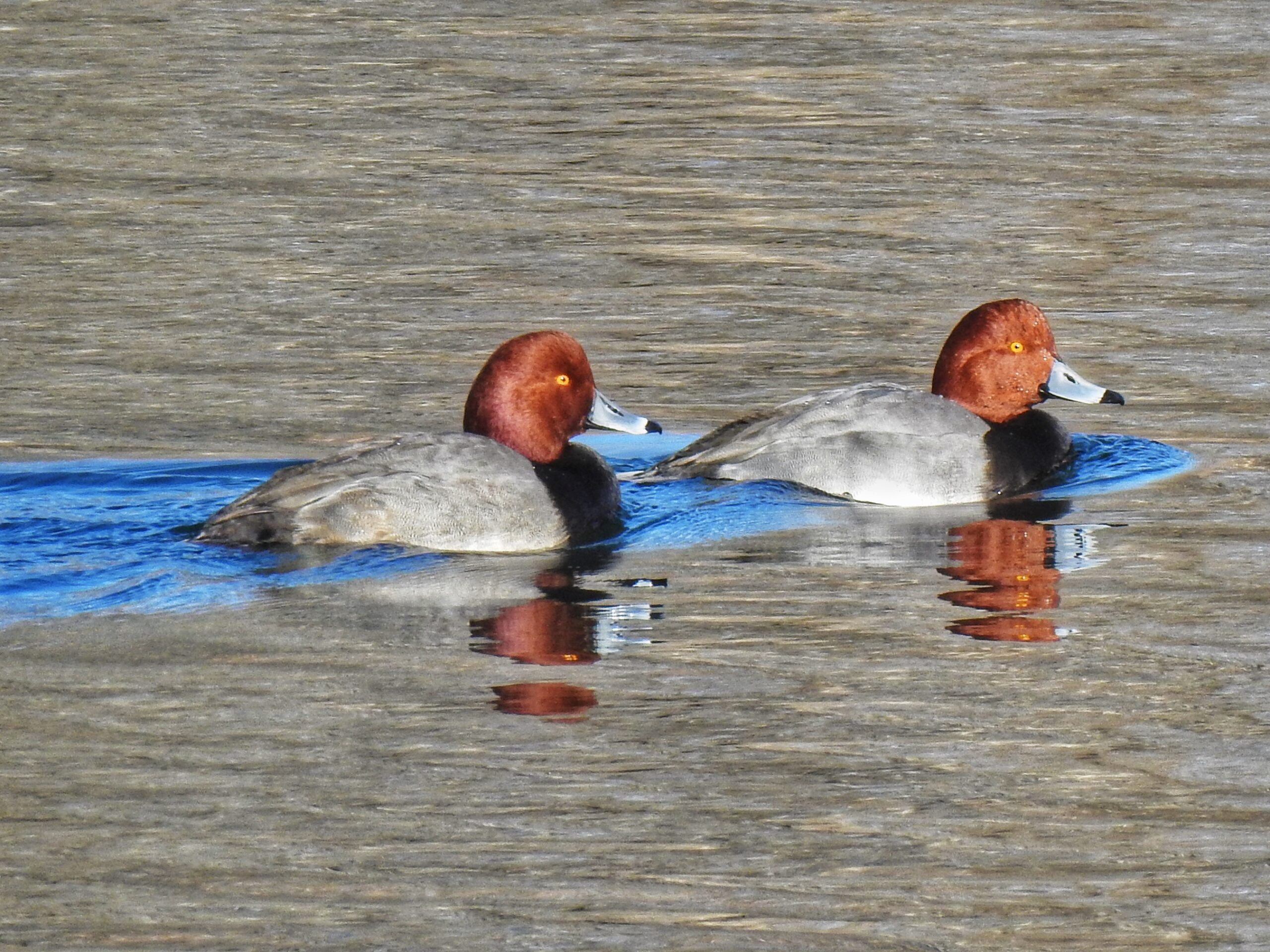 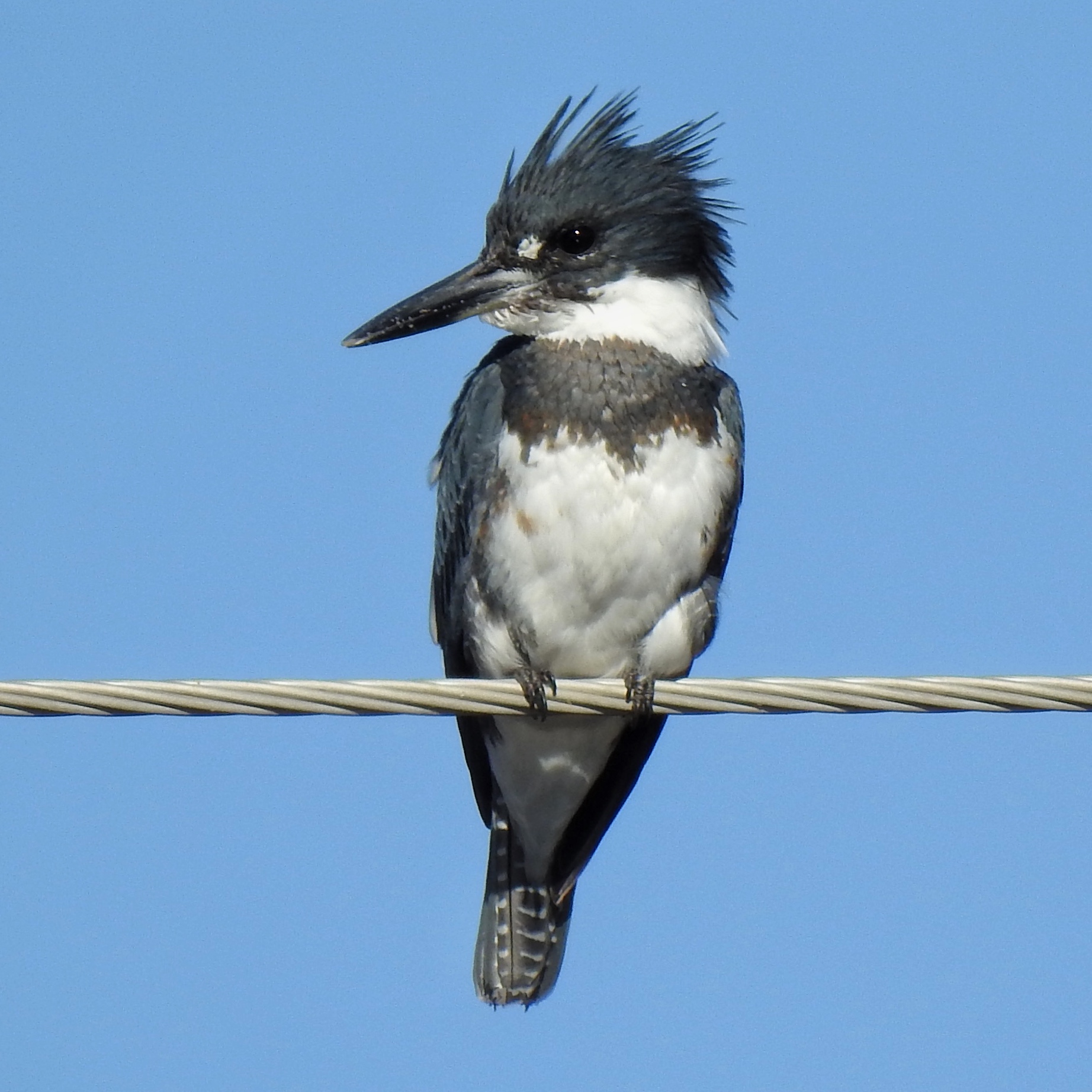 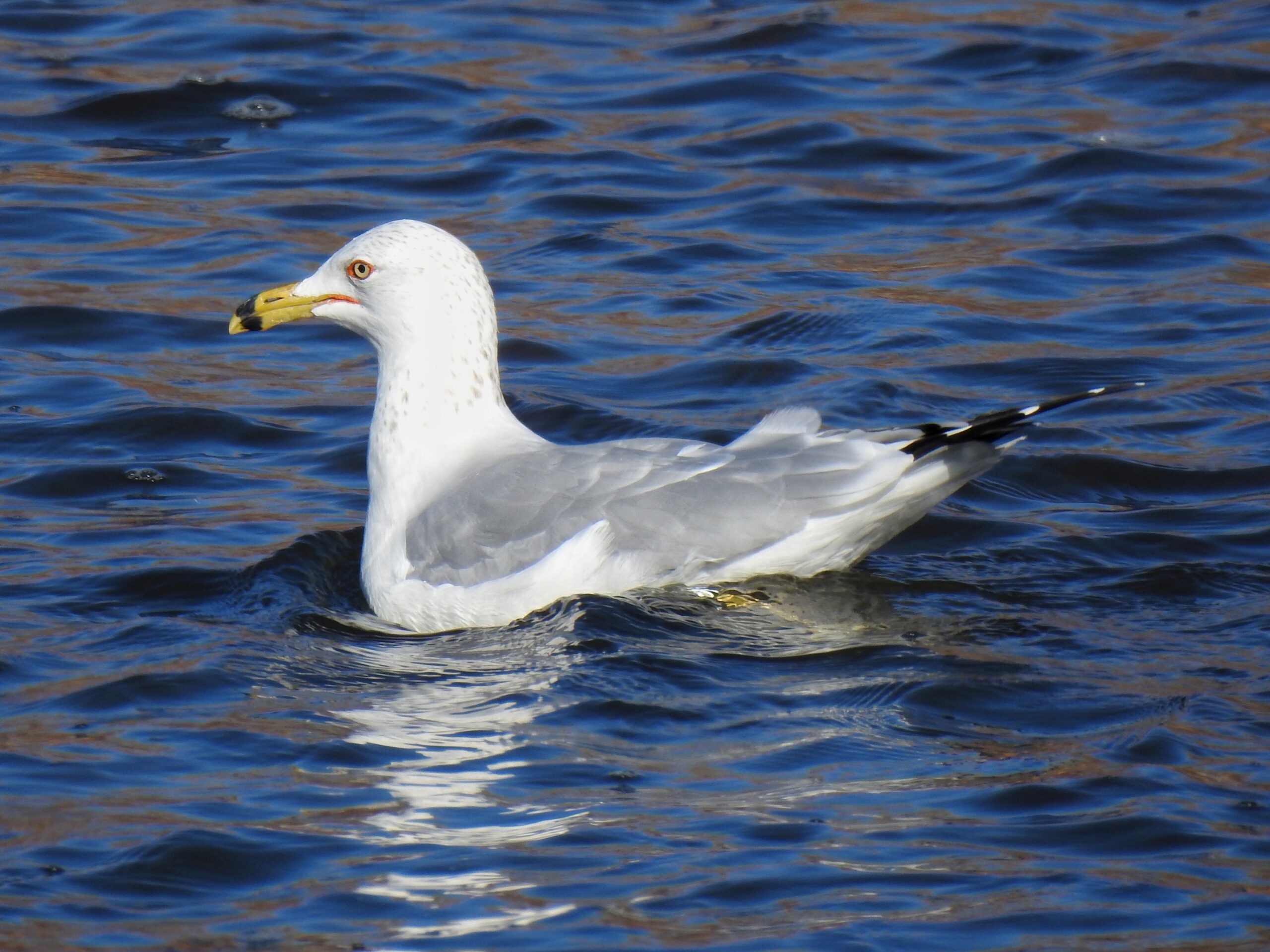 Chatfield Below the Dam

After video church on Sunday, I felt like getting outside some more. I saw that birders had found a Winter Wren, a couple Swamp Sparrows, Rusty Blackbirds, a Pine Warbler, and a Northern Parula, all within a small area below the dam at Chatfield State Park. I drove up and quickly found a group of birders staring into the brush along a creek. Within a couple minutes, I found the Parula and followed another birder’s directions to the Pine Warbler. I hung around for another hour, but didn’t see the other birds (although others said they saw the Swamp Sparrow while I was there). I was mostly concerned about the Rusty Blackbirds because I had never seen them in Colorado, and hadn’t seen them anywhere in several years (whereas I had just seen Swamp Sparrows in Illinois last week and several Winter Wrens in Ohio a few weeks ago). 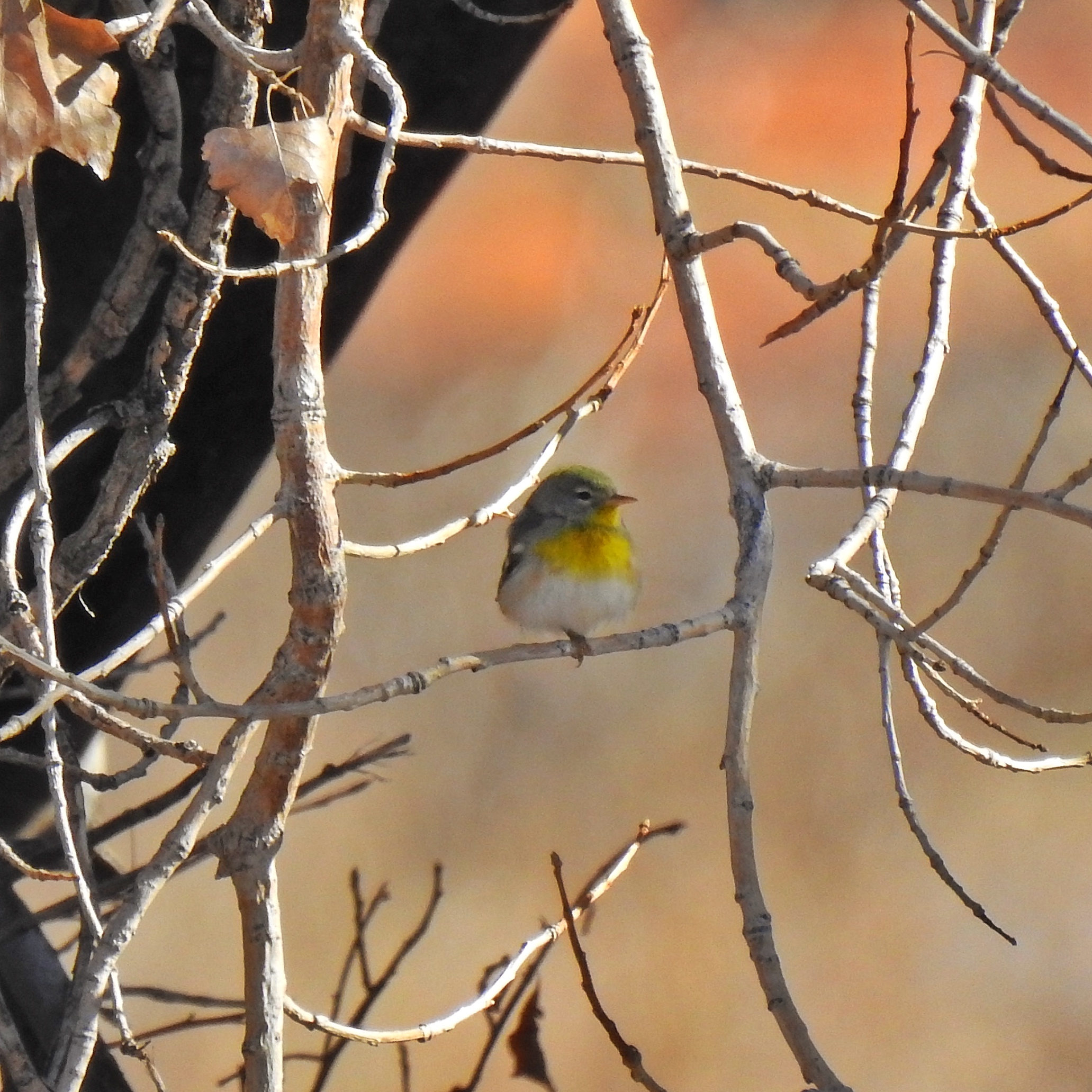 I left the area and walked around South Platte Park to get my miles in. There weren’t a lot of birds around, but I did manage to get better photos of Gadwalls than I ever had before. 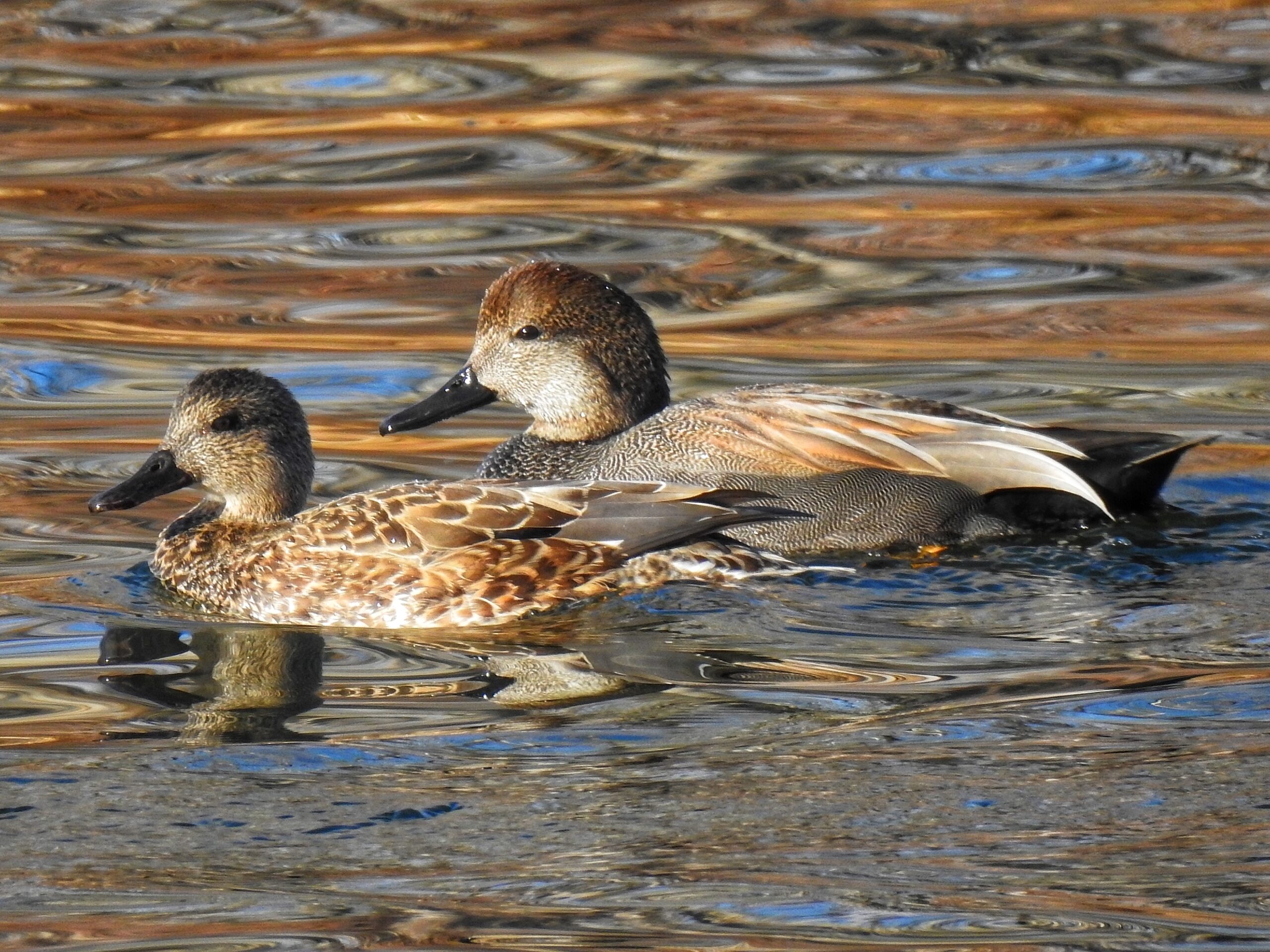 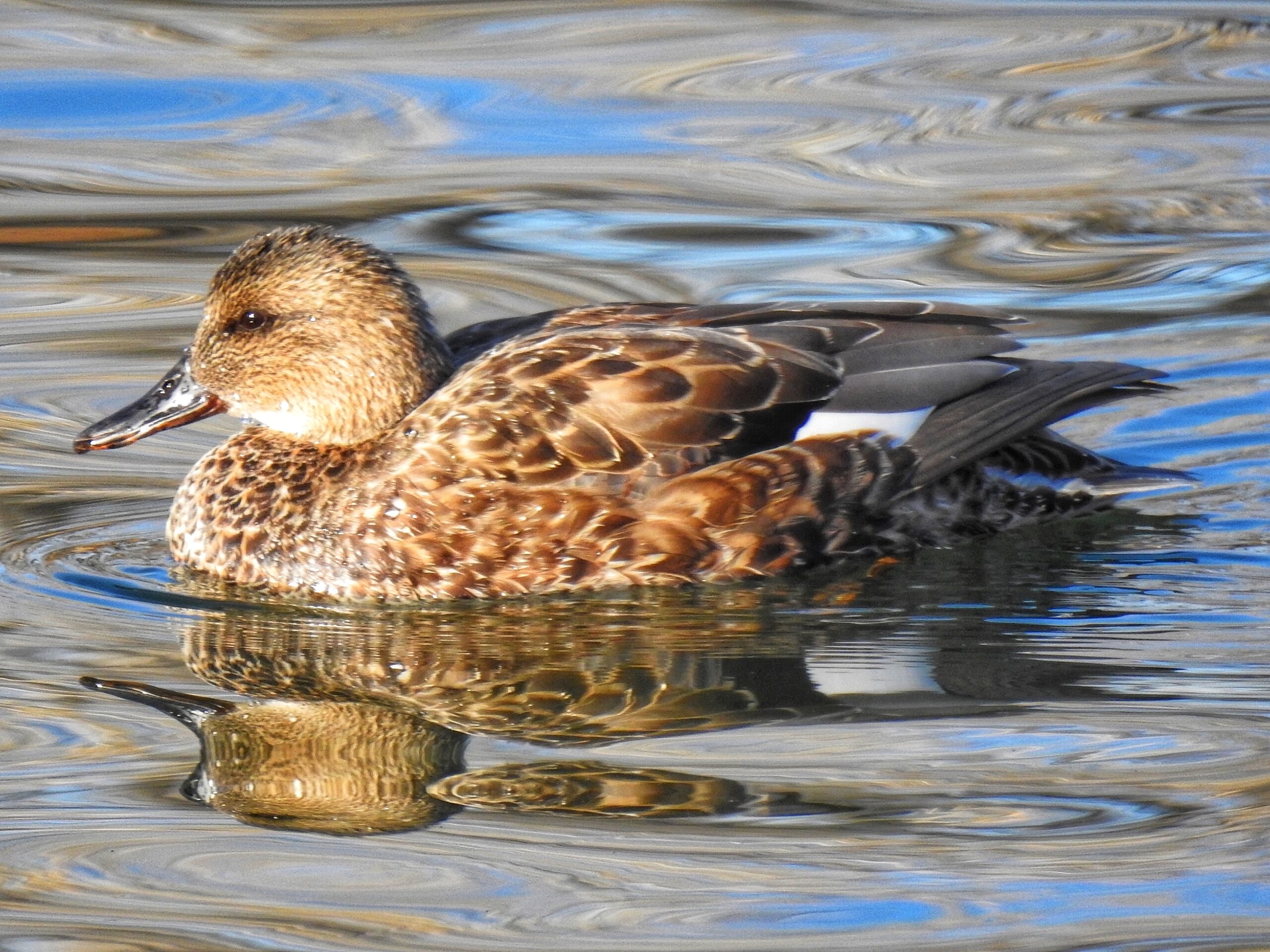 On my way back into the state park, I passed a couple birders who had been looking at the warblers earlier. I asked them if the Rusty Blackbirds had shown up, and they all said no. I decided to try again anyway. A different group of birders were tracking the warblers. Within a minute, I spotted two Rusty Blackbirds. They flew into a small marsh. One of them sat in a tree while the other foraged on a Beaver house. 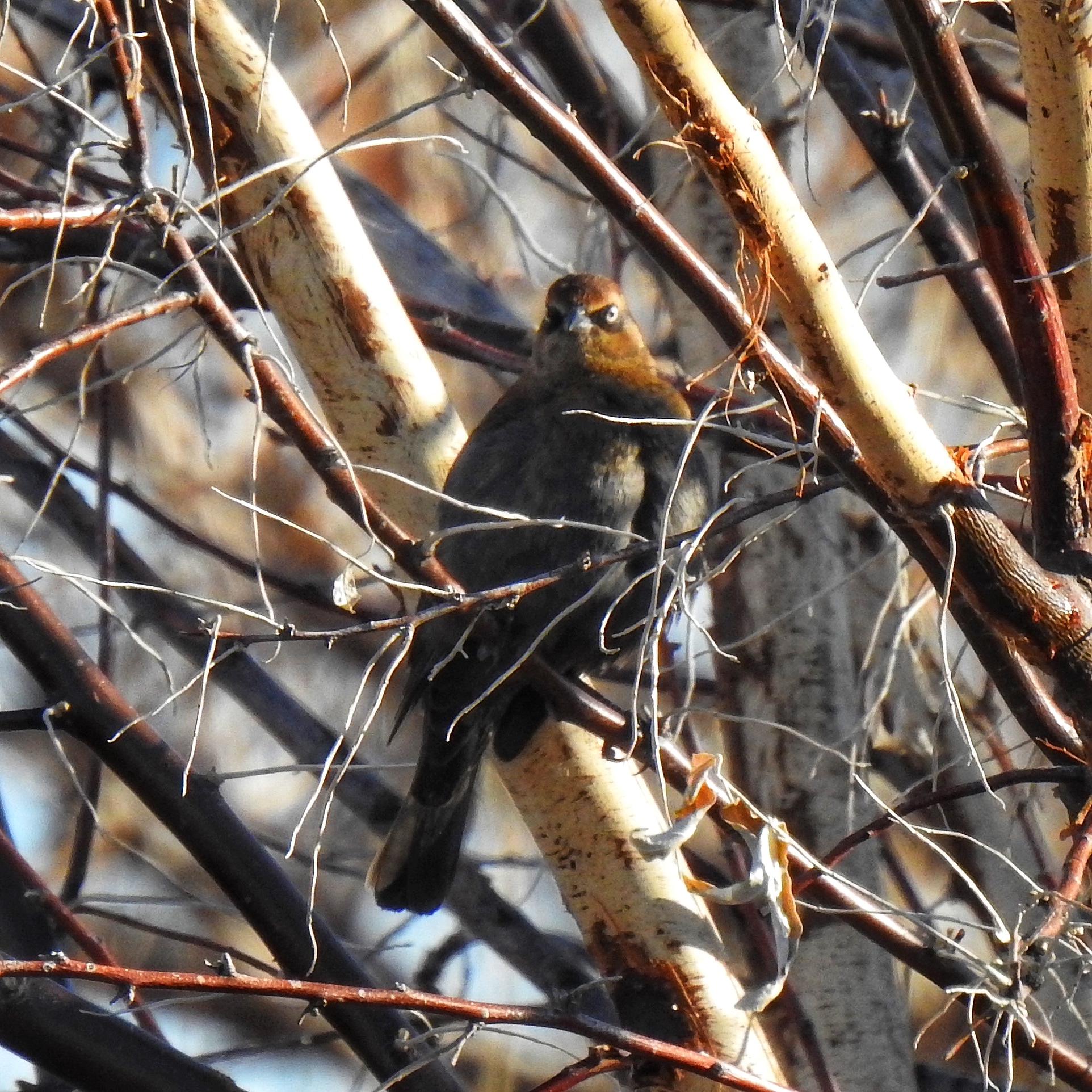 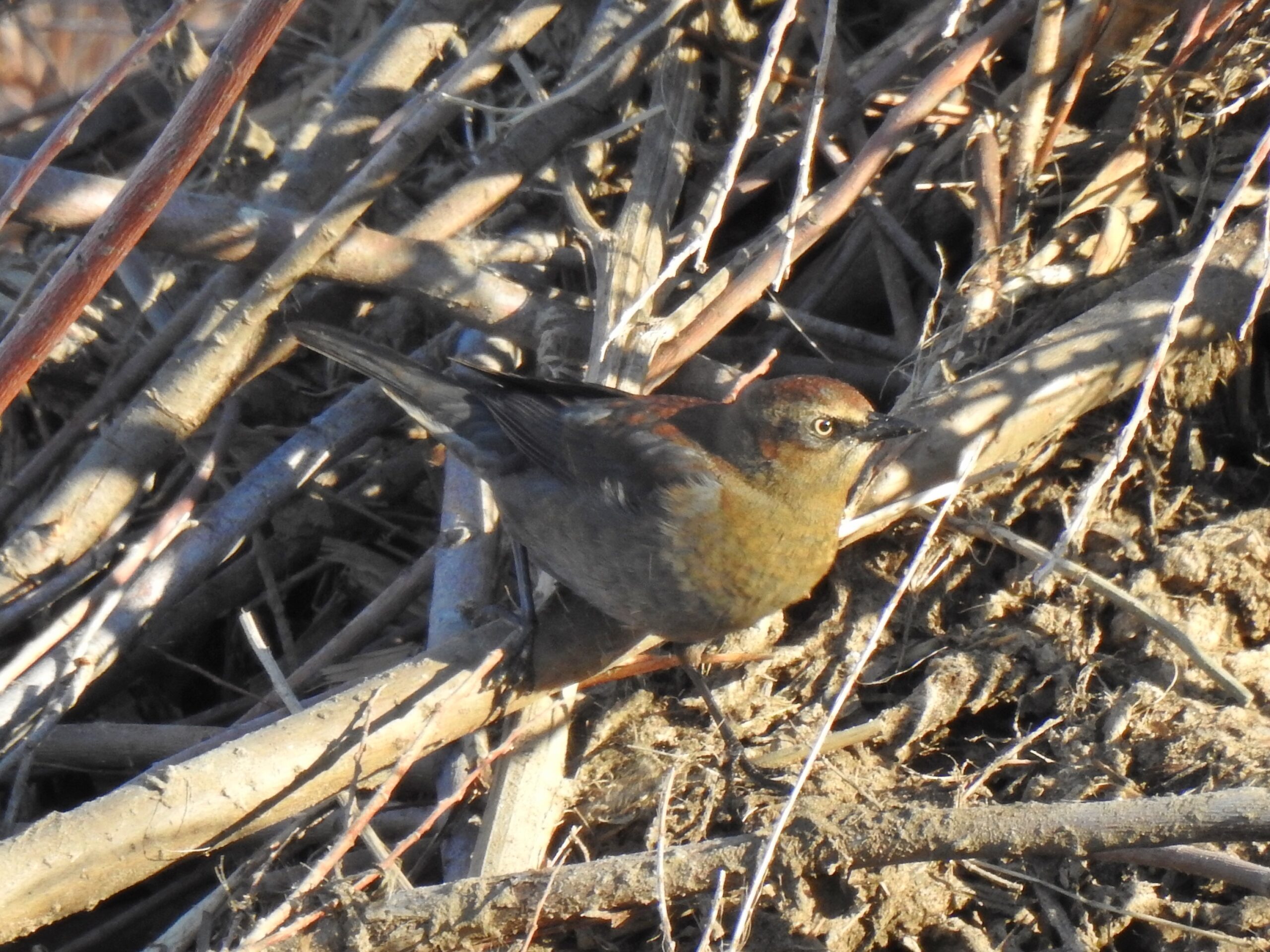 The light for photography was great, so I kept looking for other things. I was trying to get a shot of a Red-shafted Flicker in flight (this is the best I managed). 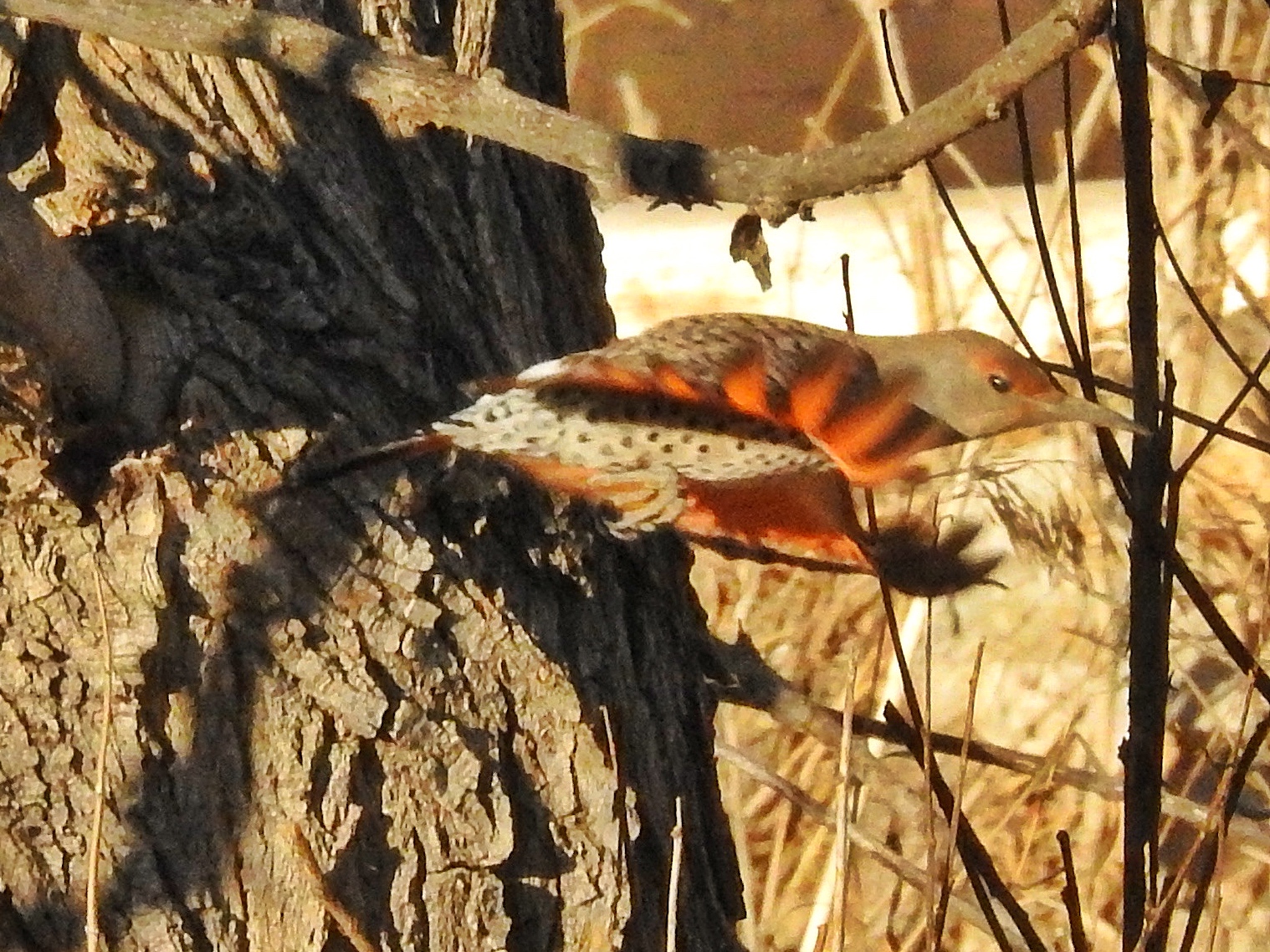 While I was waiting for another shot, a guy about 30 yards away found the Pine Warbler and was very insistent that I come look at it. To appease him, I went. This is a still from a video, but it’s clear enough to show the bird’s oddly elongated lower mandible. It’s obviously deformed, but the bird didn’t seem unhealthy in any way (unless you consider the fact that it wass 800 miles out of range in an area with winters too hard for an insect-eater to survive). 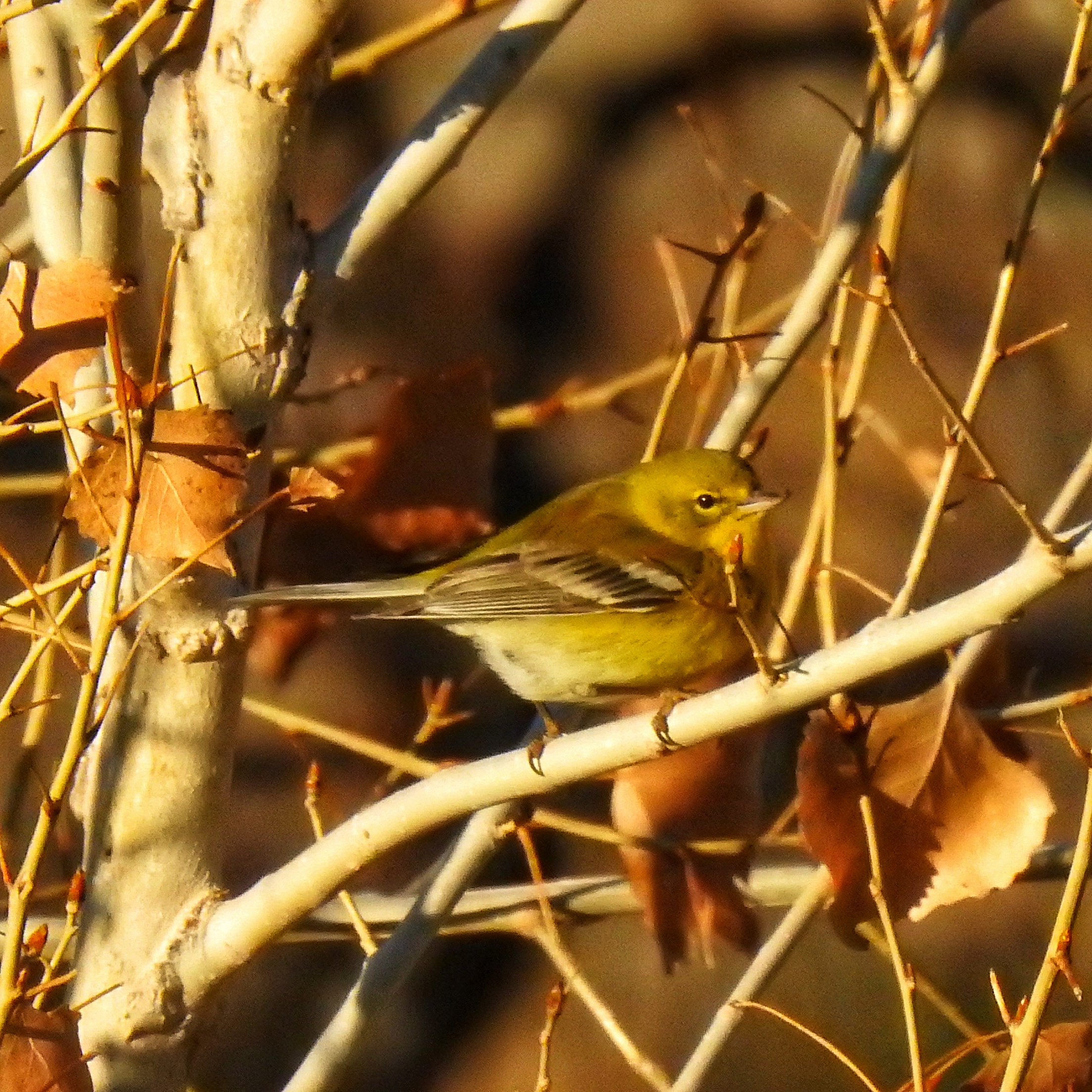 An odd day in that I saw all the birds I was looking for, including my second-ever Black-legged Kittiwake and Red-throated Loon. I didn’t get a photo of the kittiwake. When I saw it, it was flying out over the lake too far away to make a picture worthwhile. But I definitely saw the black “M” on its wings, as did the two other birders nearby.

Here’s the Red-throated Loon. It came in closer than this, but was in direct line with the sun, which made looking at it very difficult, much less photographing it. I think it’s a first-winter bird because it isn’t as pale as the pictures in the field guide, but it has the classic, thin, up-turned bill, and it was considerably smaller and sleeker than the several Common Loons in the area. 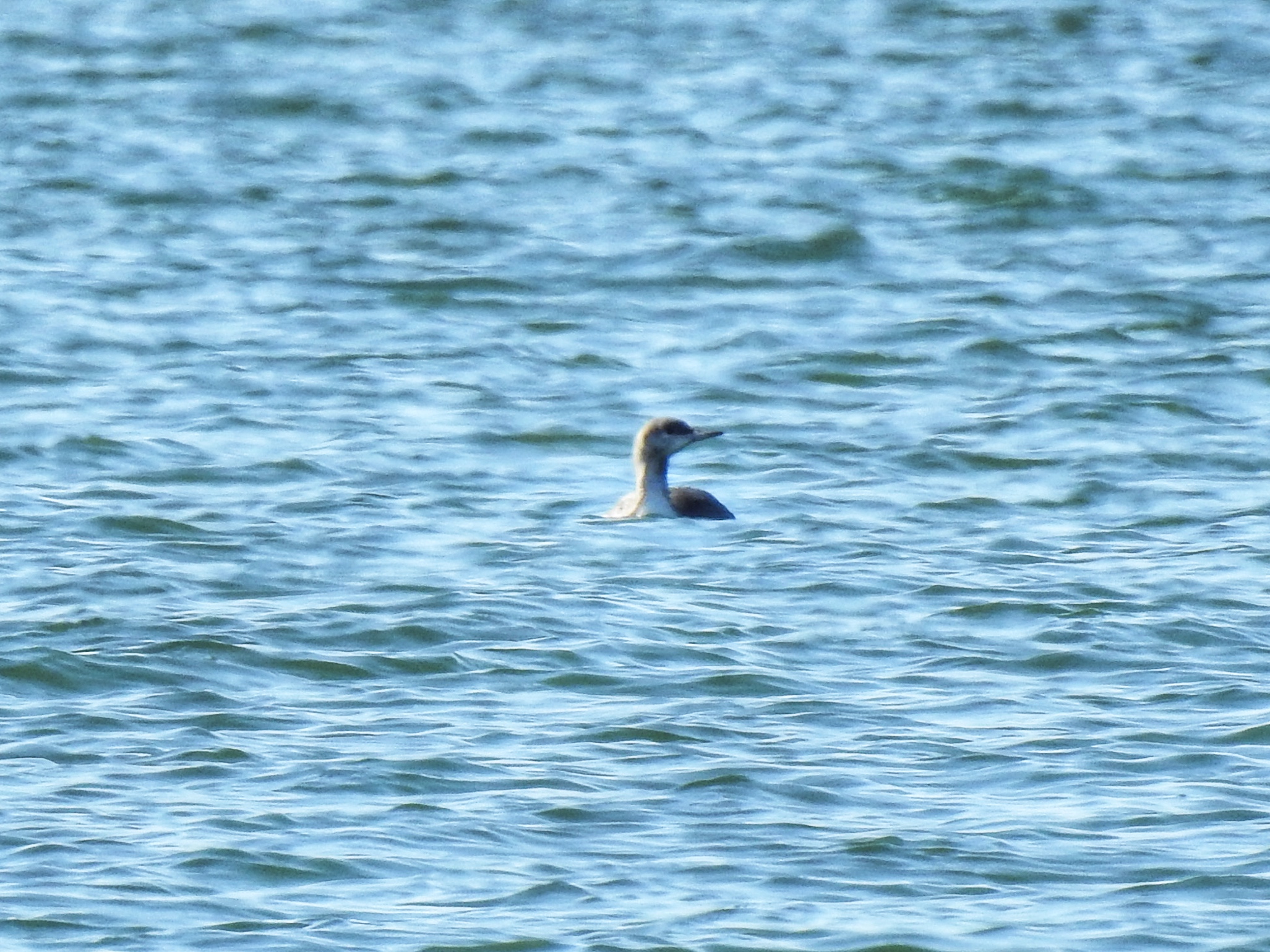 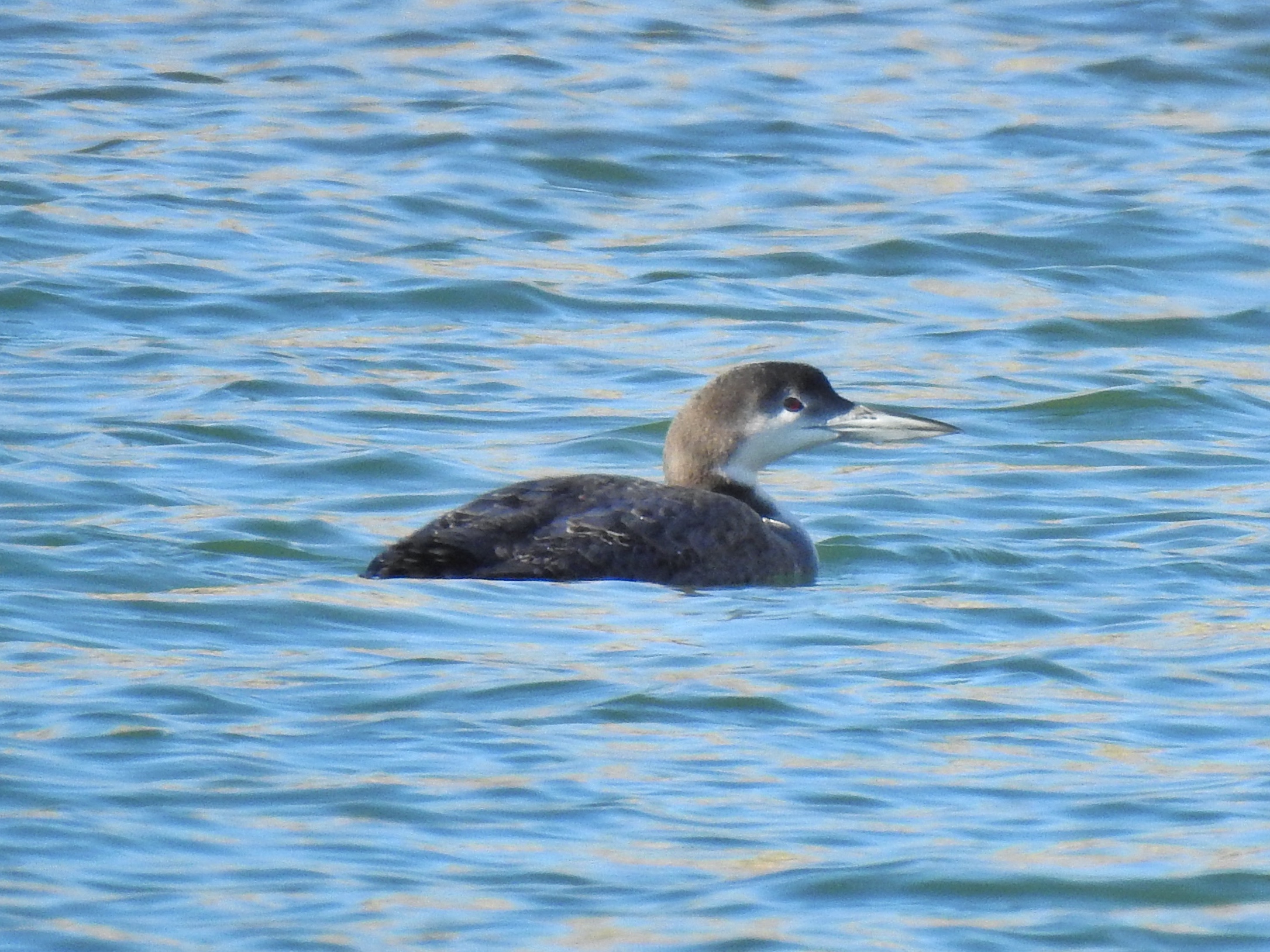 Mystery Bird (although I’m pretty sure it’s another Common Loon). Other birders were calling it a Pacific Loon because of the straight border between the dark and light on the neck, but it didn’t look this crisp on some other photos I took. It also doesn’t have the chin strap that most Pacific Loons have, and it has more white around the eyes than Pacific Loons should. I found a Common Loon photo online that could have been another angle on this same bird, so I’m going with Common. 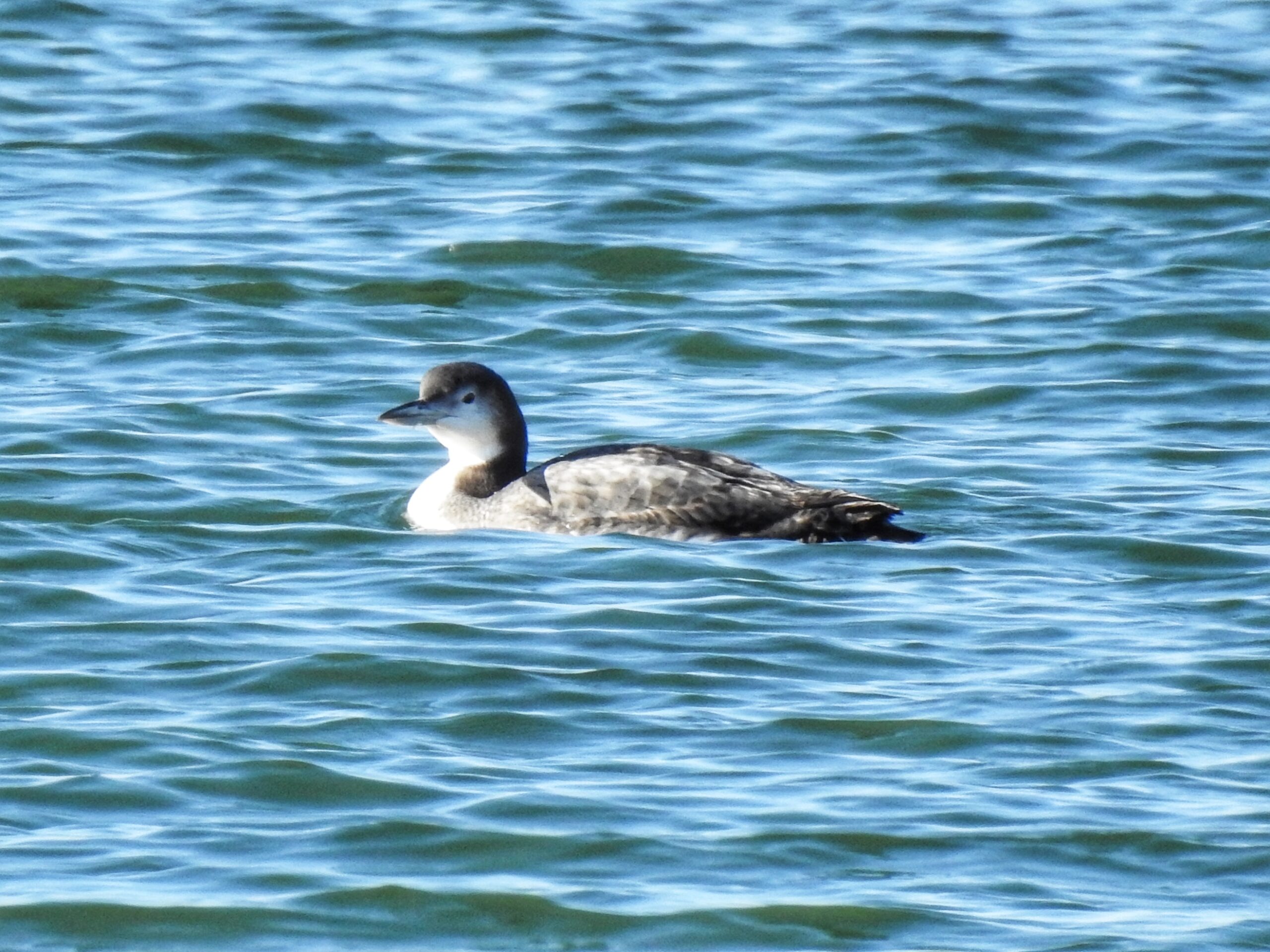 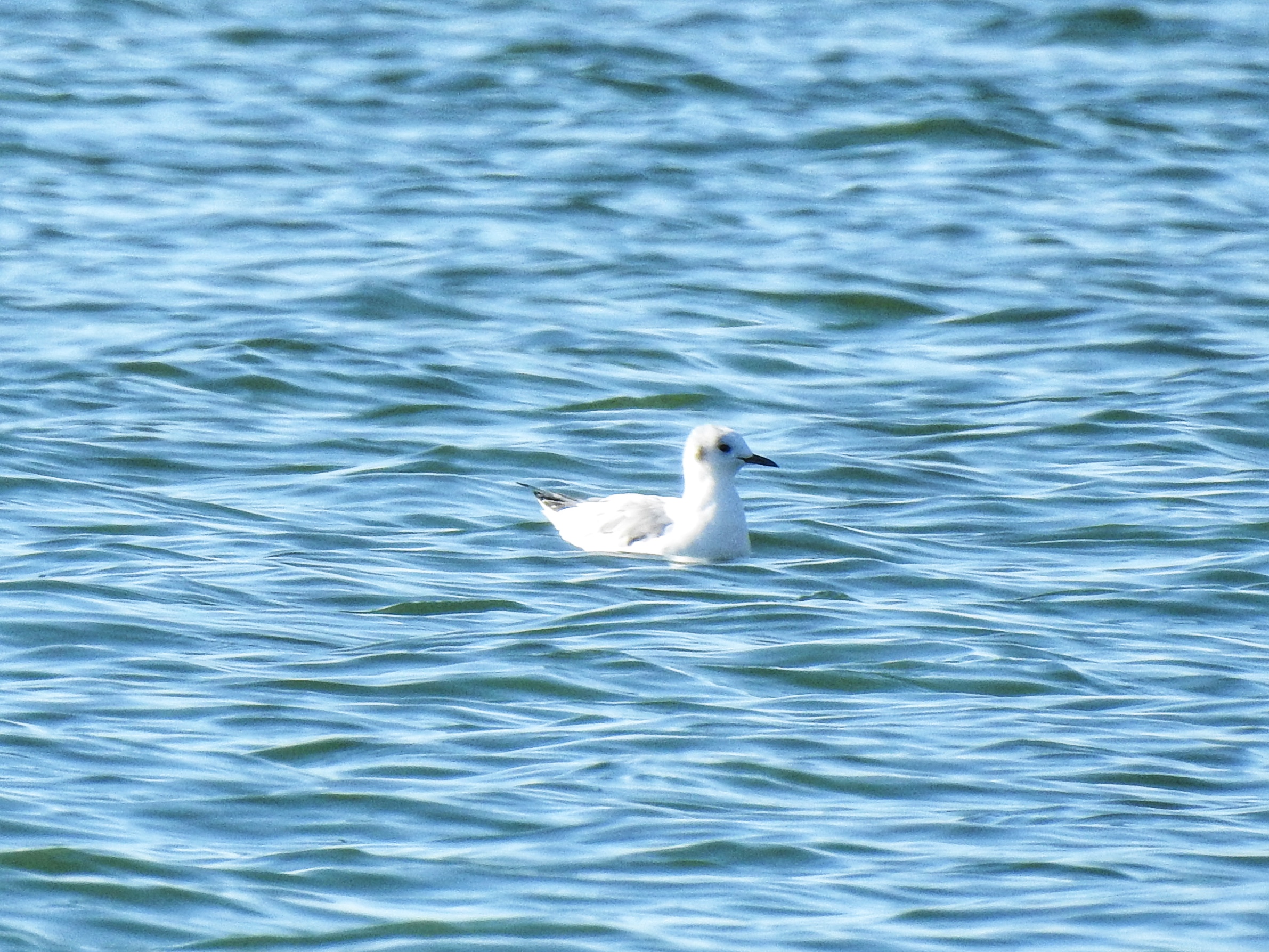 Canyon Towhee. I’m not sure if something is wrong with its wing. It flew to this spot, so it couldn’t have been too injured, but it held the right wing out like this the whole time I watched. 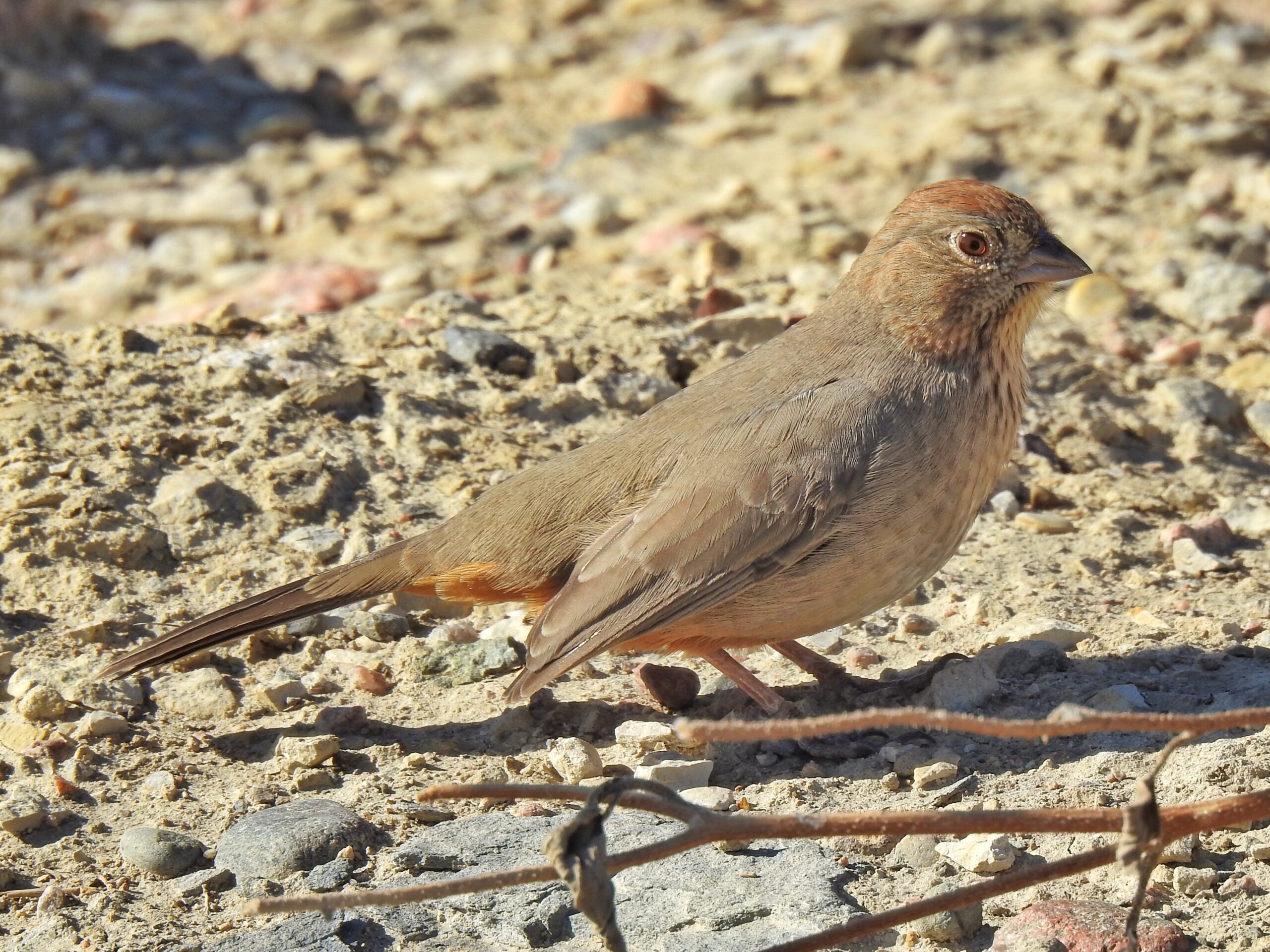 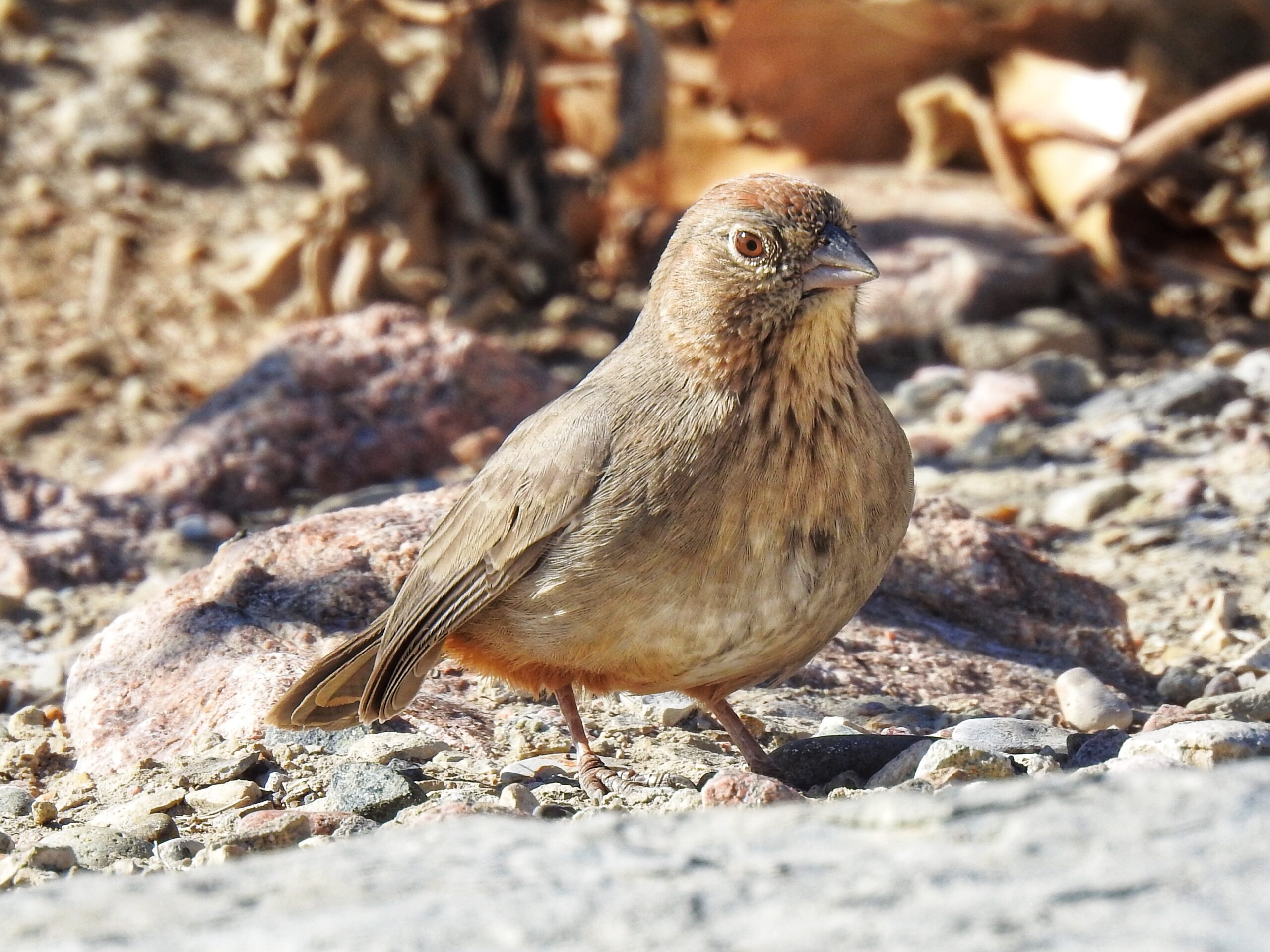 I visited Nelson Lake Forest Preserve four times during mid-November. There were a lot of ducks and geese on the lake, but otherwise not a lot of birds around. I did see a Northern Harrier, a Bald Eagle, and my first ever Illinois Merlin, none of which I was able to photograph. Here’s what I got. 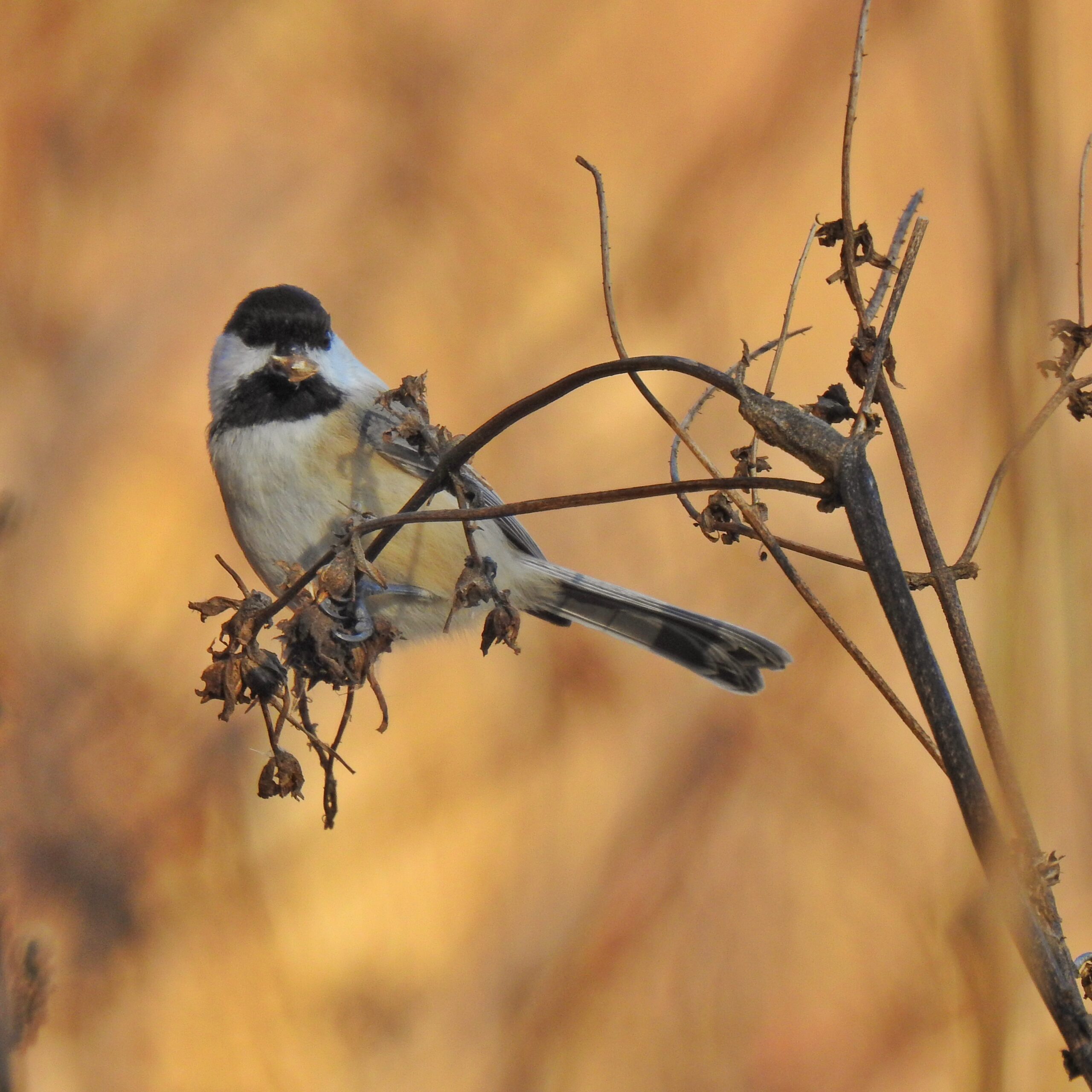 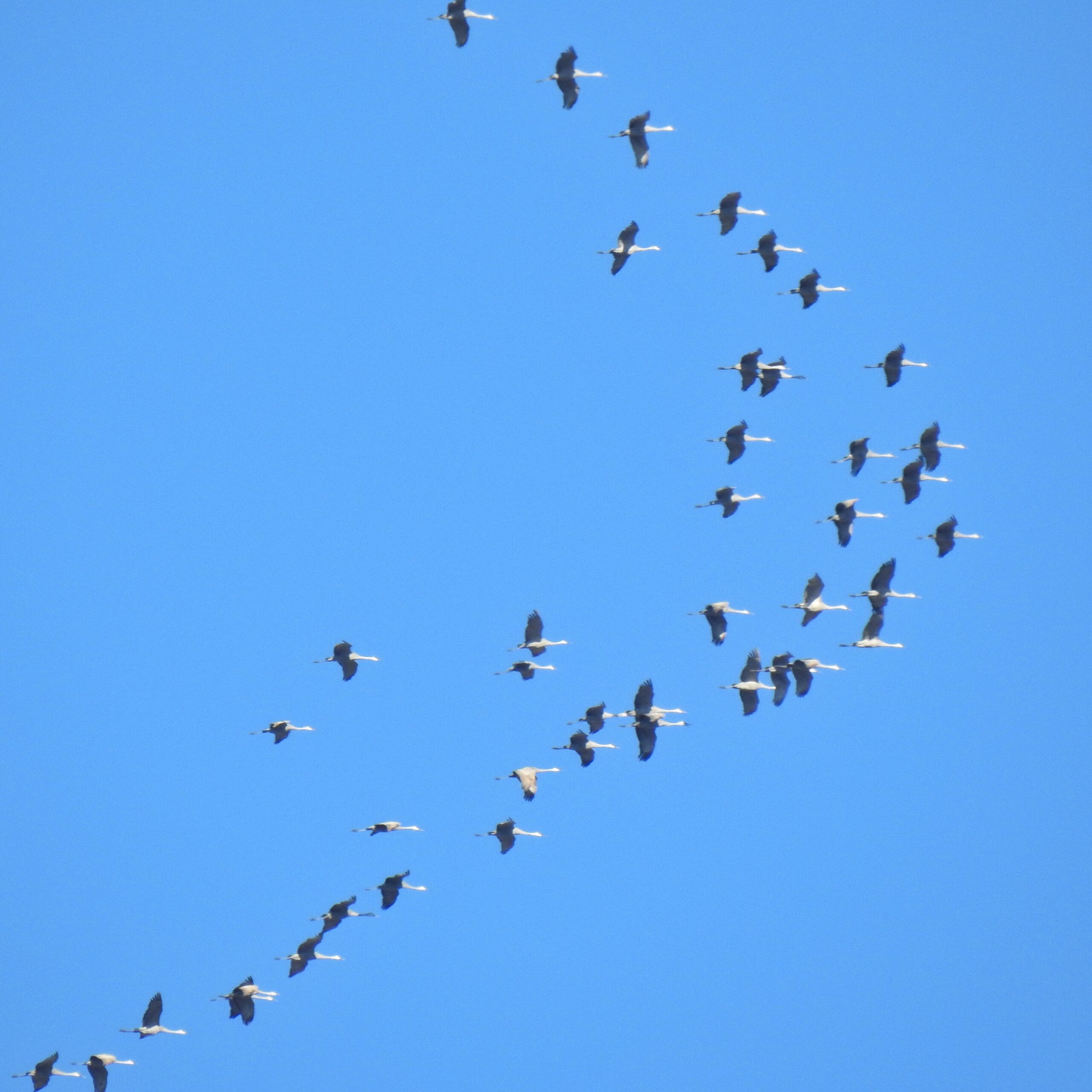 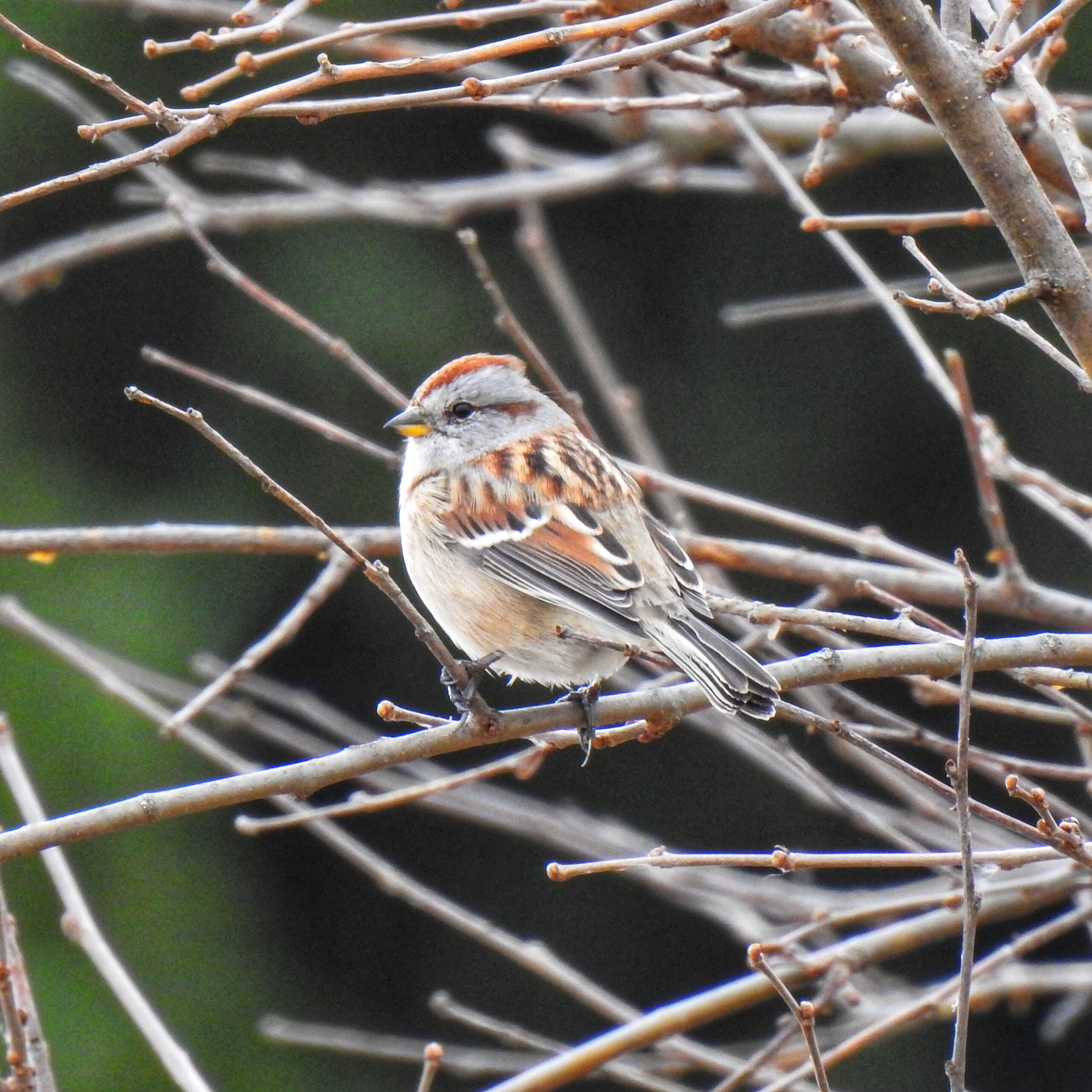 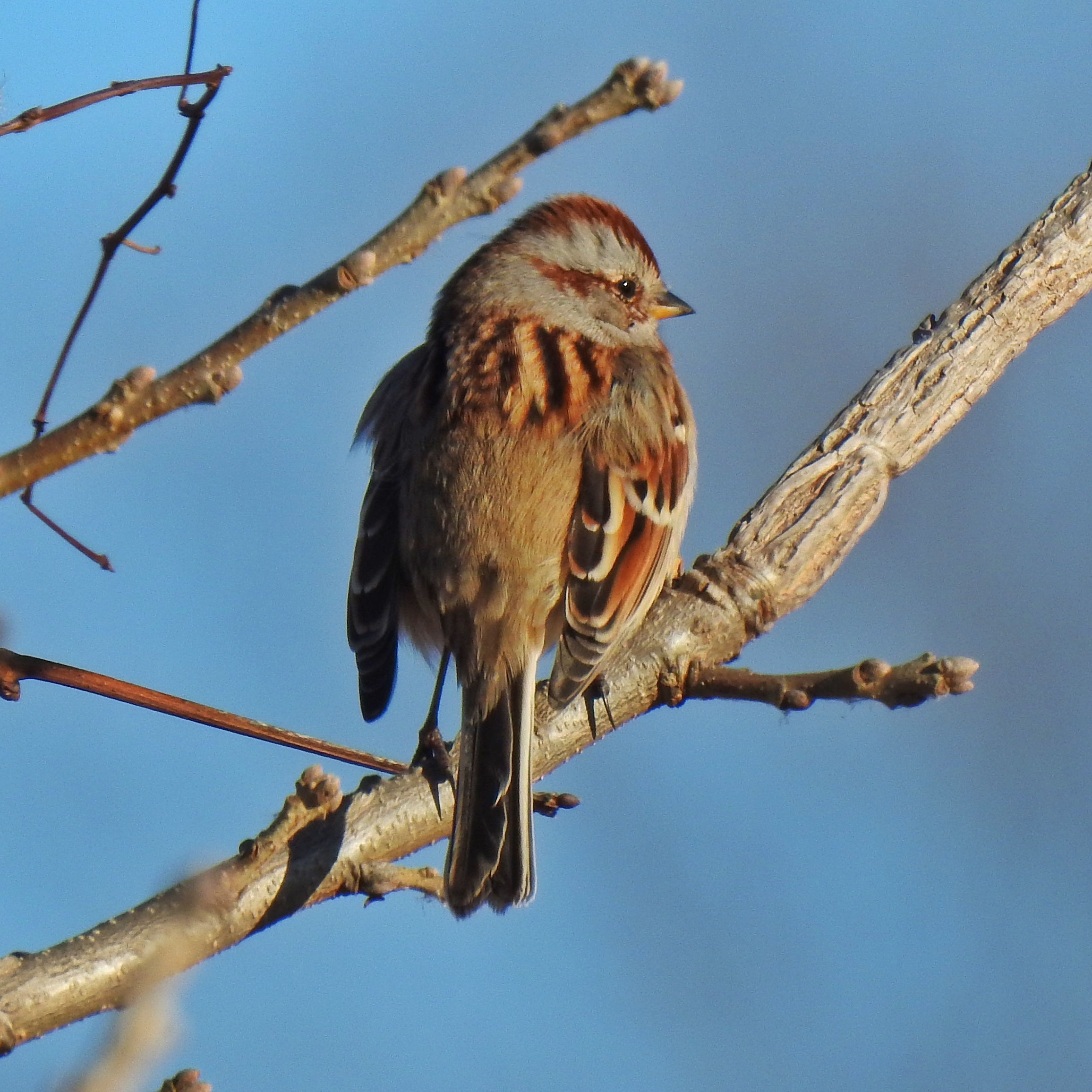 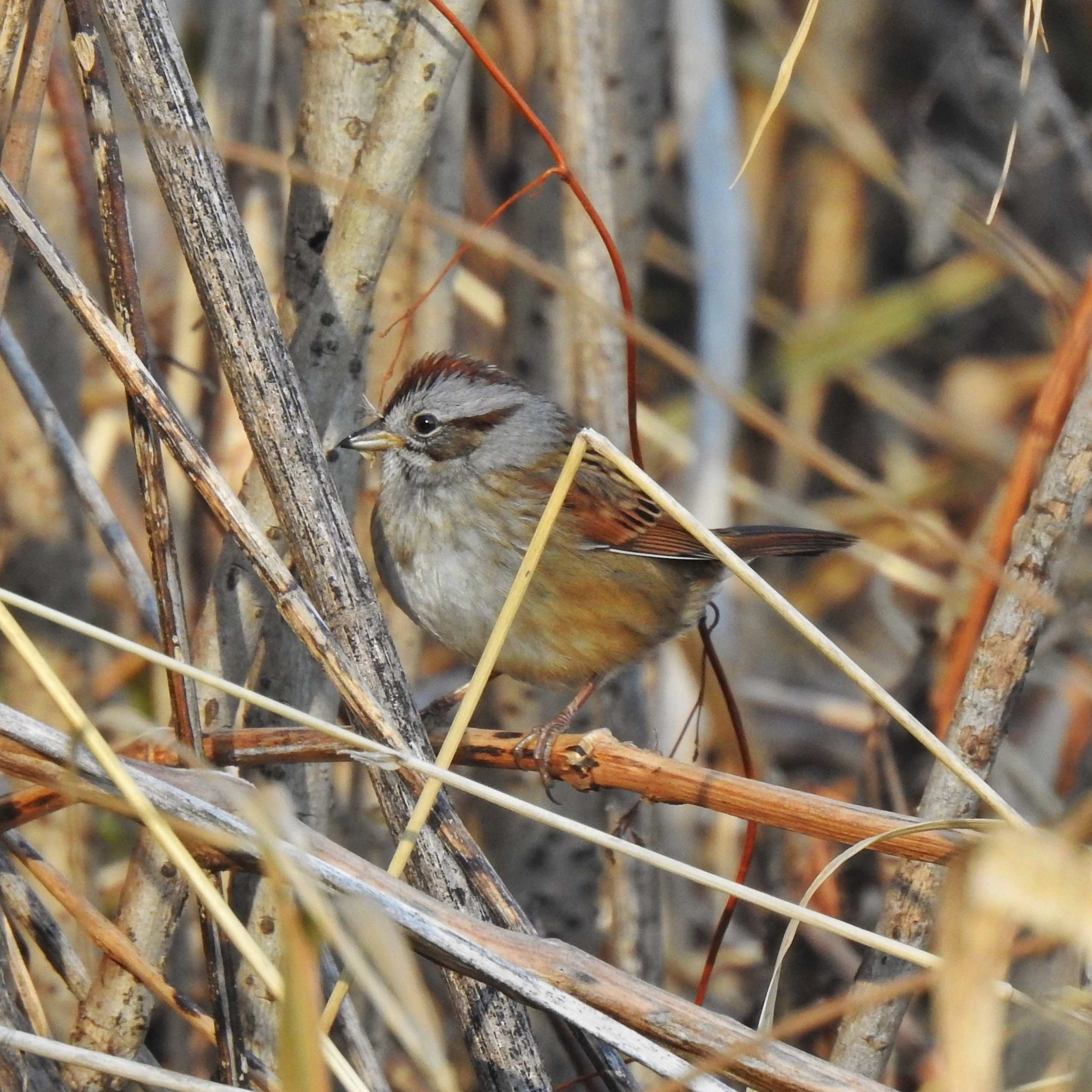 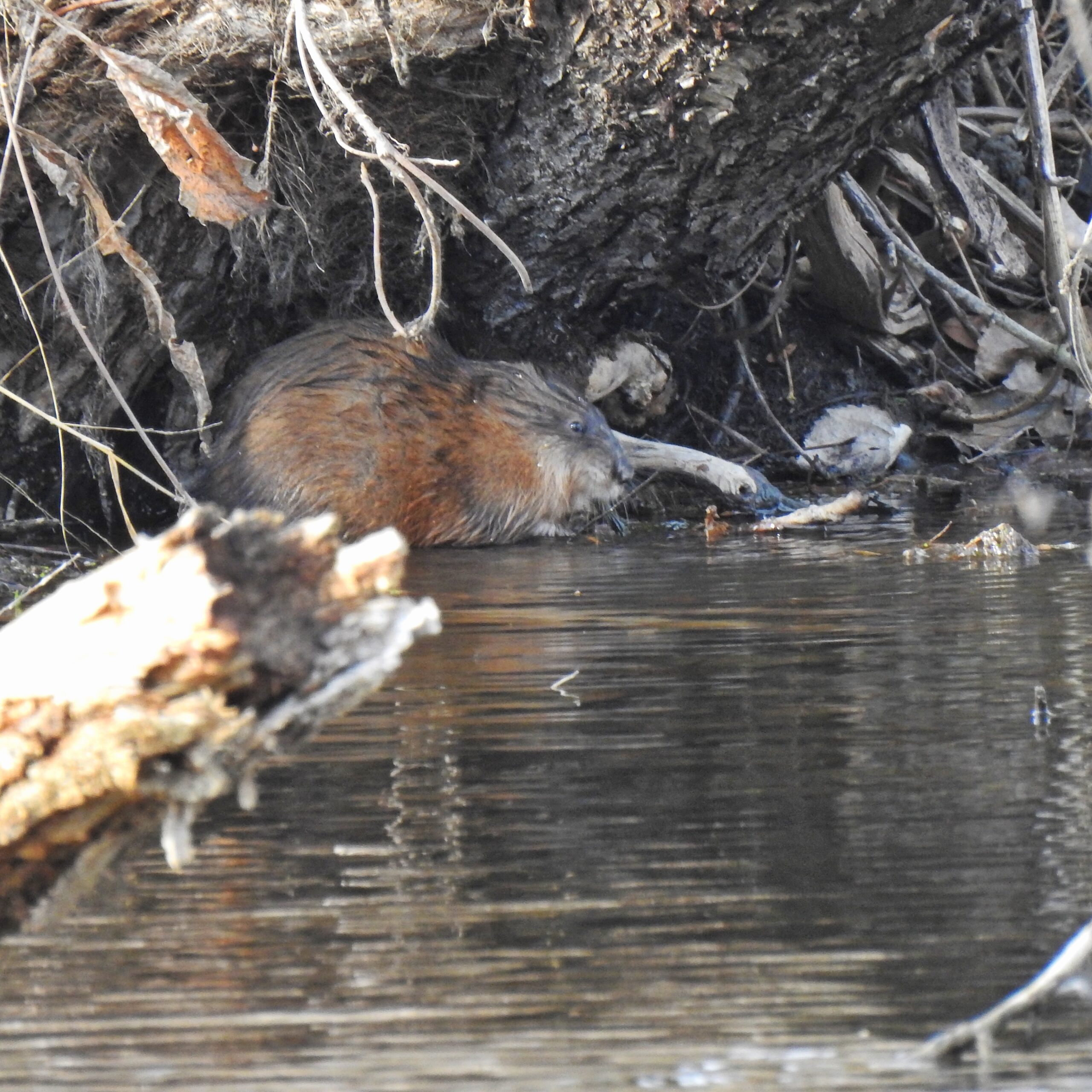 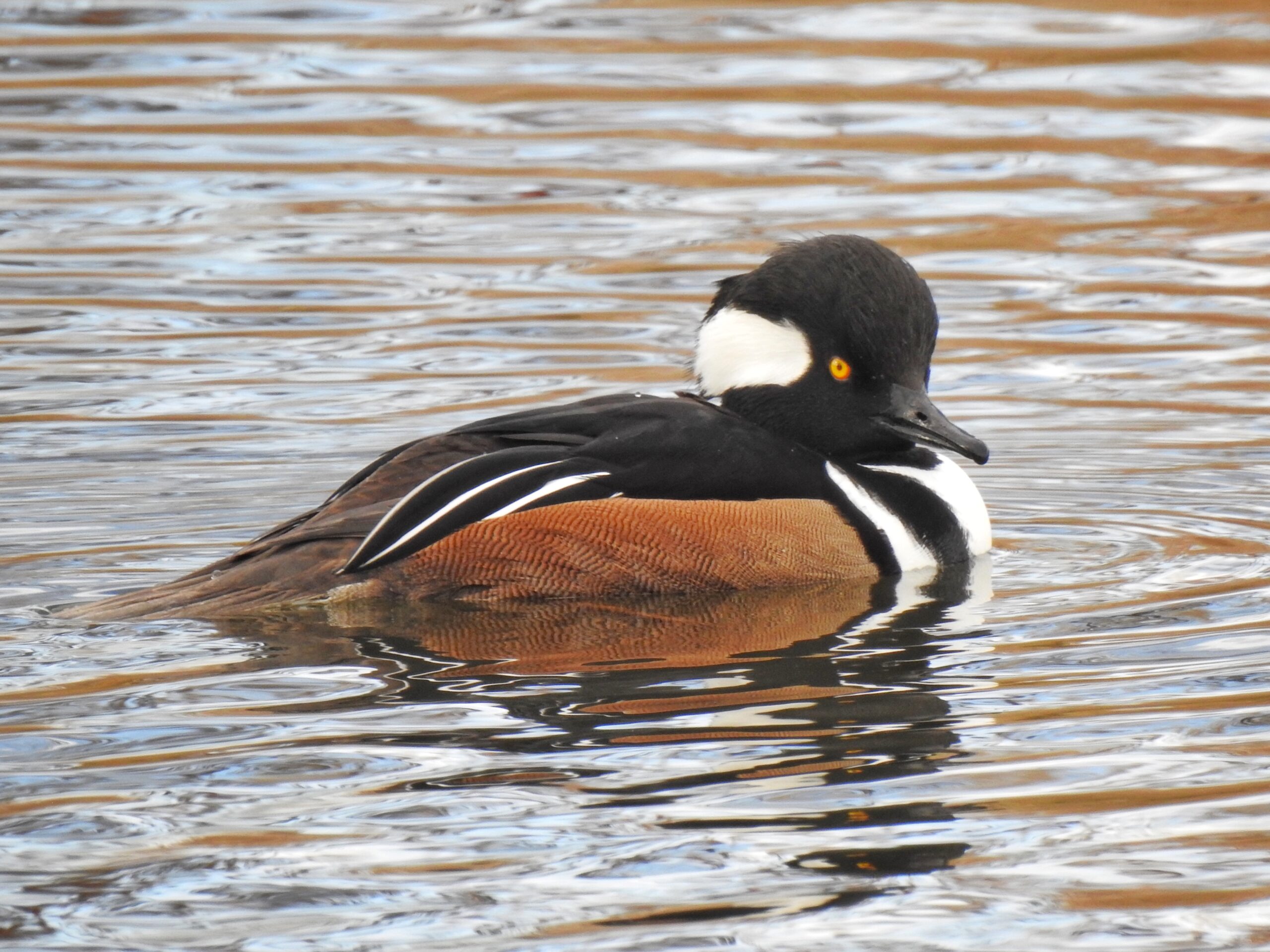 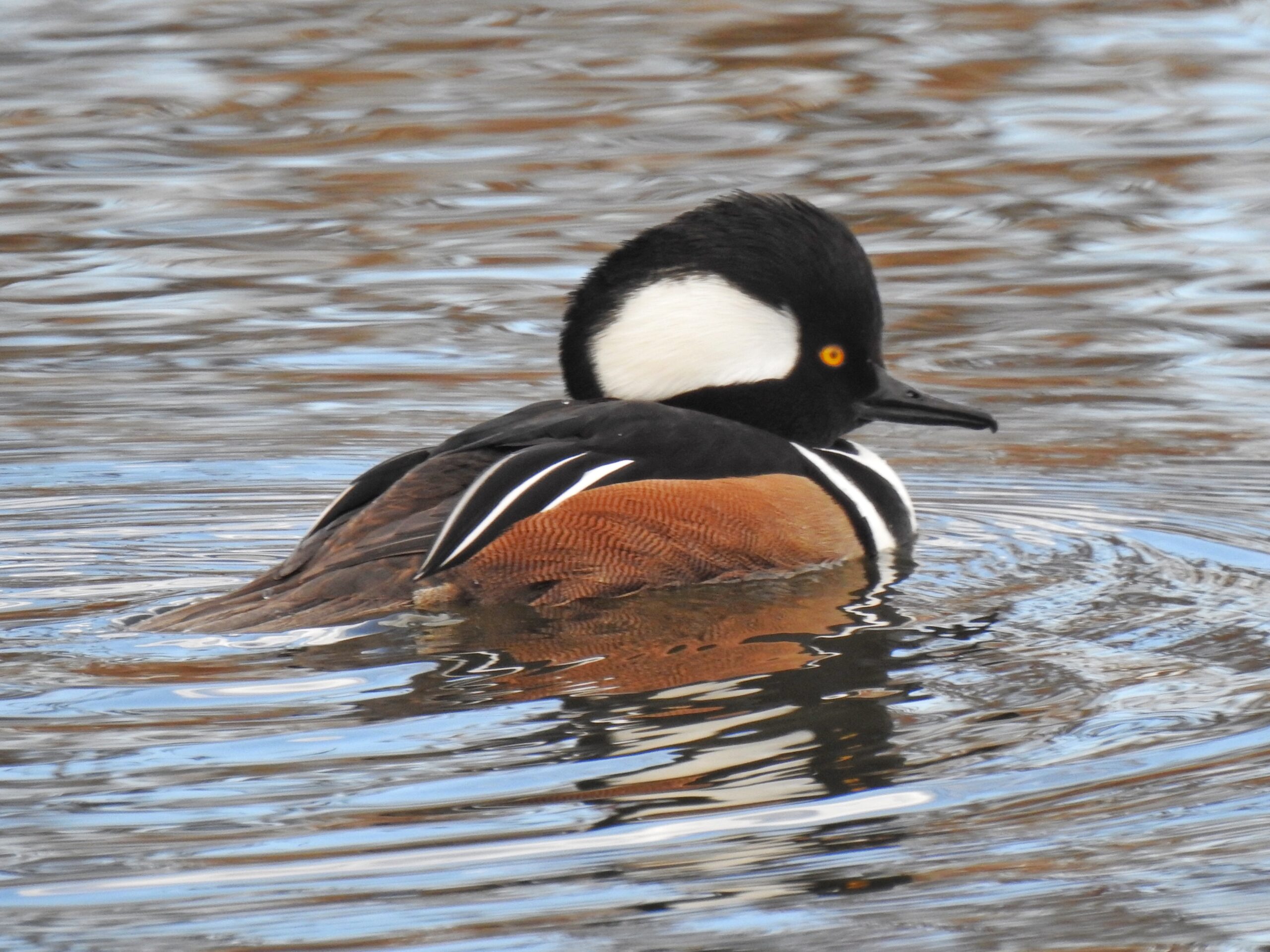 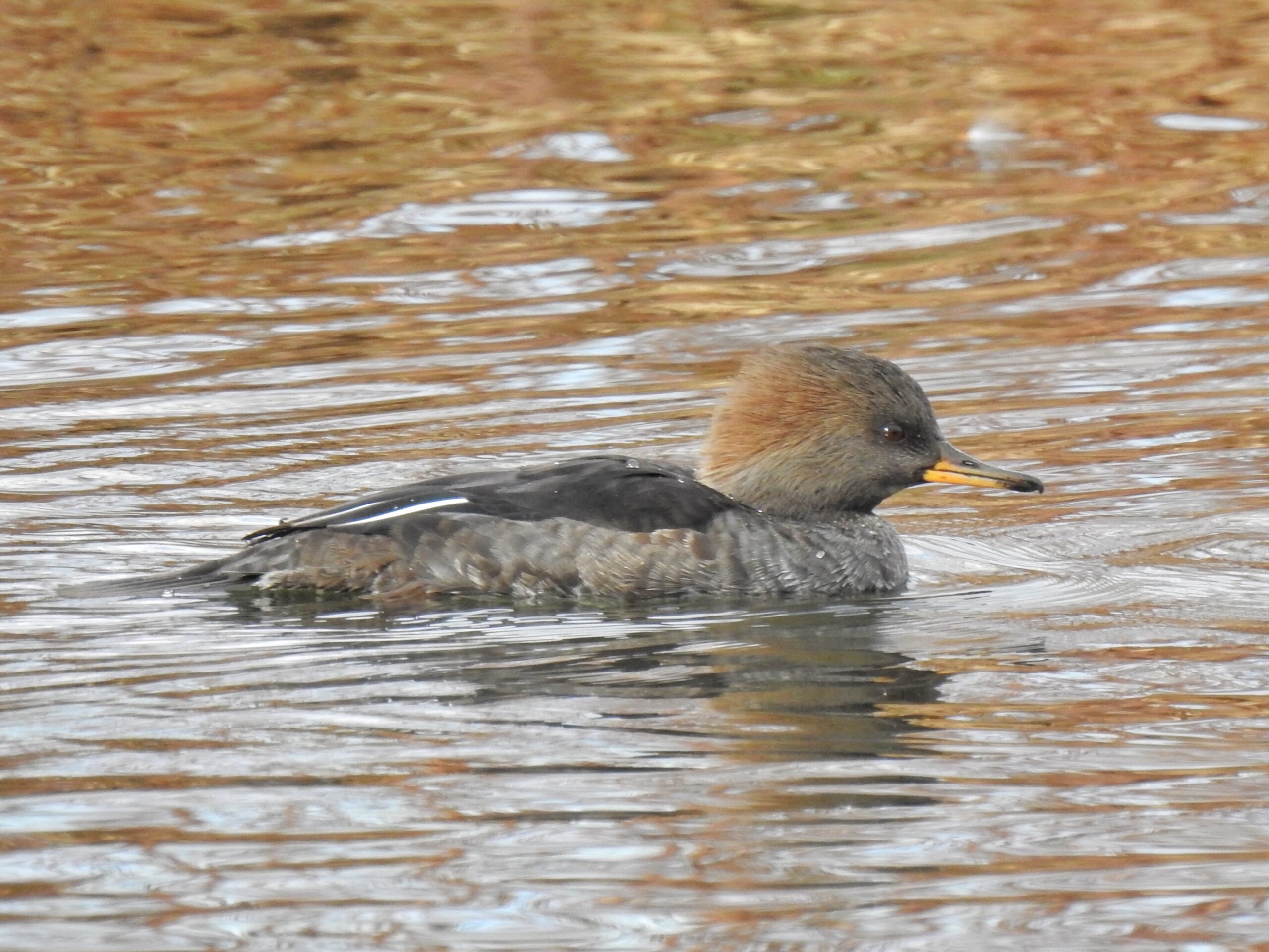