We went with friends to see Paul Simon’s one-night stop in Colorado on his farewell tour. The concert was at Fiddler’s Green in the south Denver suburbs. Our seats were in the center but well up from the stage. Still, they would have been good seats if they didn’t happen to be behind the only eight people in the entire crowd who insisted on standing the entire night. The four people in the row directly in front of us arrived drunk and spent the night getting drunker. One of the women did the same slinky dance, with the same tempo, to every song, no matter what it was or whether she knew it or not. In front of her was a chunky middle-aged woman and a stoner kid who even stood for Paul’s talking parts. I don’t mind people standing and singing for their favorites, but these people were ridiculous. I looked around the arena and saw that very few people were standing much of the time. 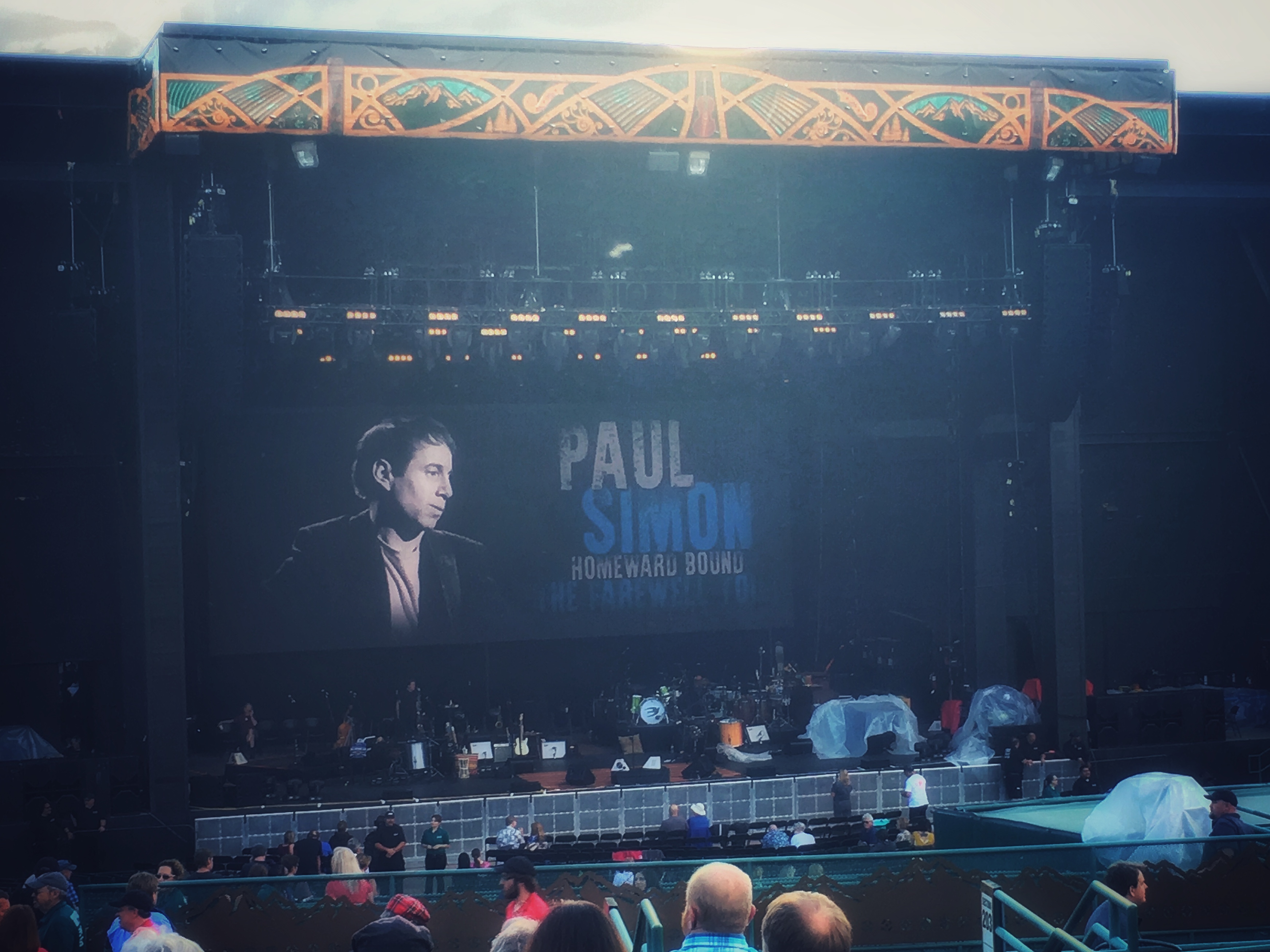 Paul Simon is looking old. He’s 77, the same age as my mother-in-law. He started with some of his familiar stuff, then spent much of the middle of the concert doing more recent stuff I’ve not heard. After the encore, he came back out and did another nine songs, including my favorite of his, You Can Call Me Al. 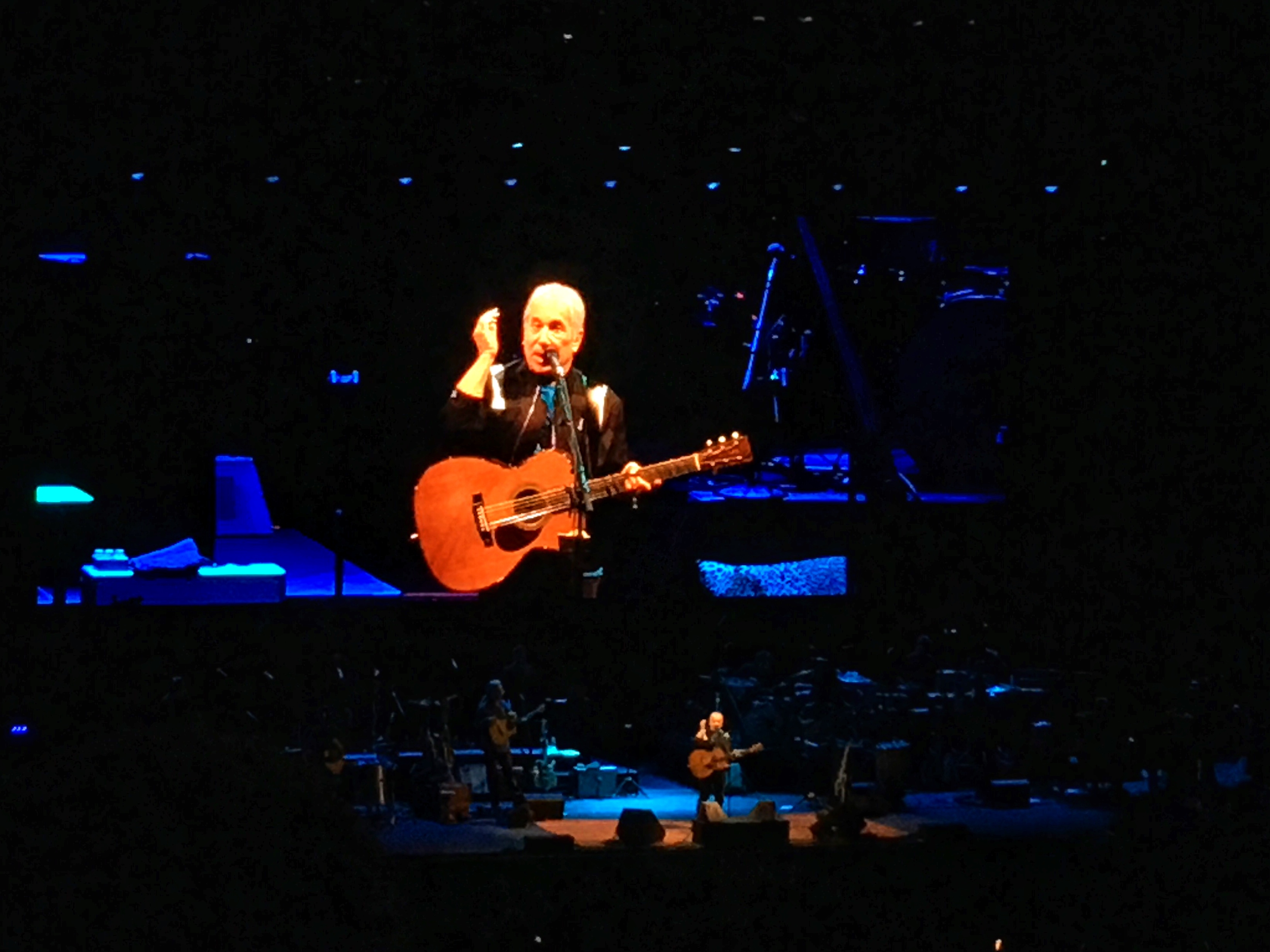 It was hard to enjoy the concert because of the jerks in front of us. But I can say that I saw one of the legends. 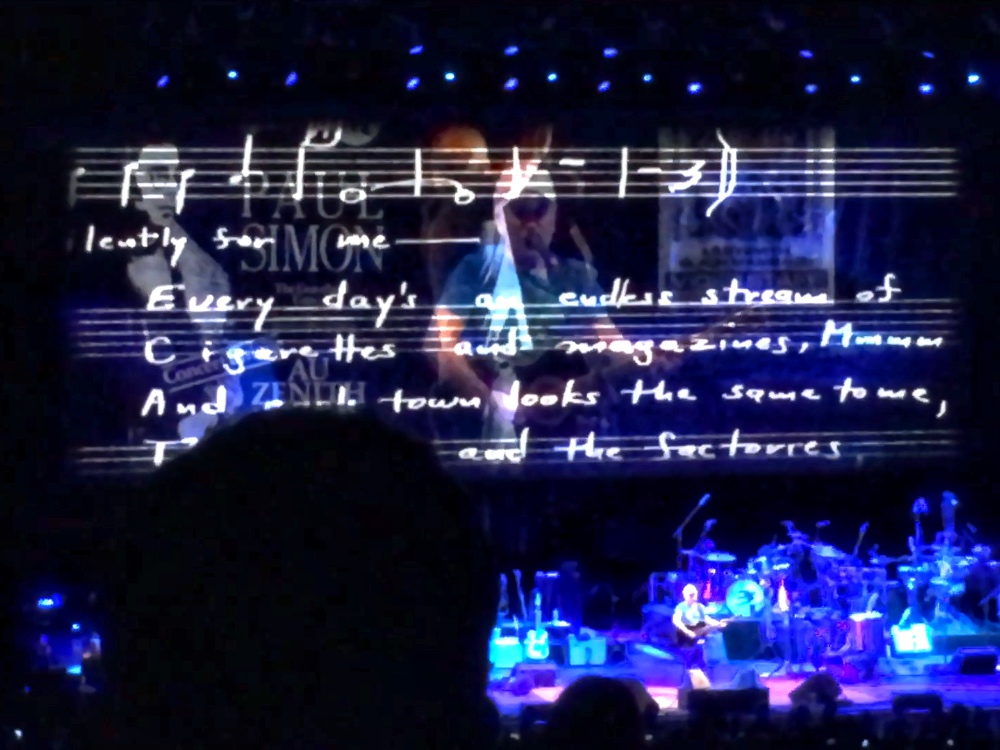 Here’s a mash-up of video I took during the night, including one bit that showed our actual view through the idiots.