OK class. Pay attention. A lighthouse marks a spot — a point of land, a harbor entrance or a reef. A range light (which looks mightily like a lighthouse) marks a channel. Range lights always come in pairs. The front range light is on the shore. The rear range light is further inland and higher up. When a ship captain sees both lights line up, one on top of the other, he knows he’s on the right course. Got that? There might be a quiz later in the week.

Grand Island sits a short distance offshore, protecting Munising Bay from the open waters of Lake Superior. To guide ships into this protected harbor, two sets of range lights were erected. On Friday afternoon, I wandered into town and took some photos of the Munising Range Lights (also seen in the last photo on this post). 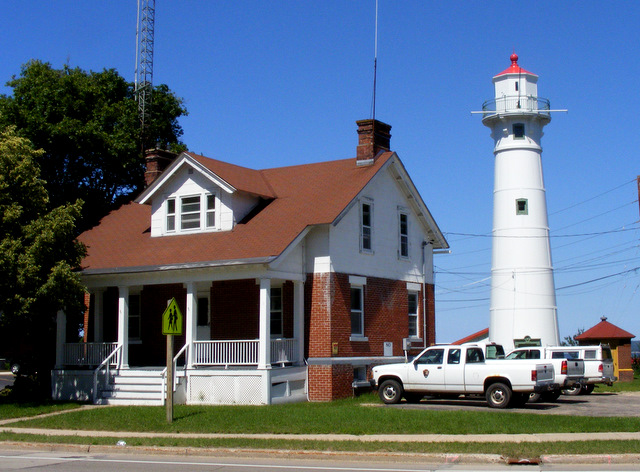 The lights went into operation in 1908. The building in front of the light, now a park office, is the keeper’s dwelling. The rear range light is tucked back in the trees at the end of a residential street. 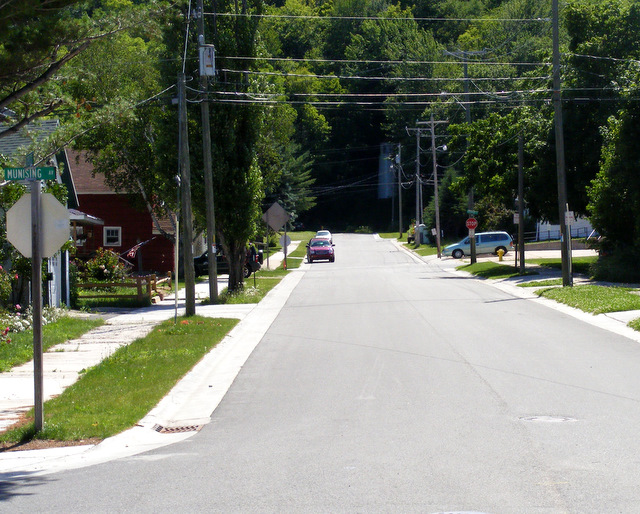 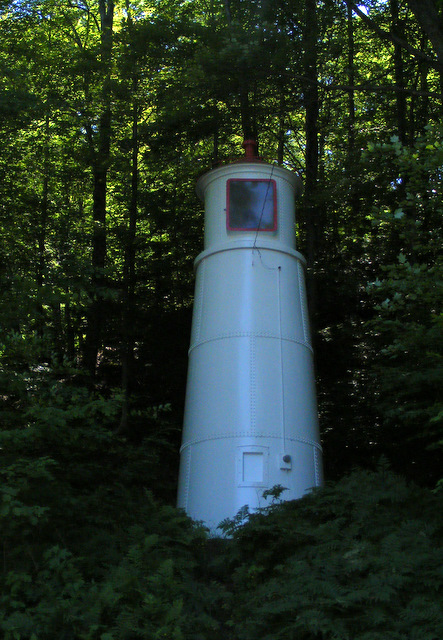 As I walked up the street for a closer look, I saw a couple people climbing the hill by the light. I gave them no thought at all. When I’d climbed the short, steep path to the light, three mangy-looking teenage boys skulked out from behind the tower and down the path, glowering at me as they passed. A drift of distinctive-smelling smoke followed them. I confess that it brought me great joy when I realized that I’d interrupted their pot party. 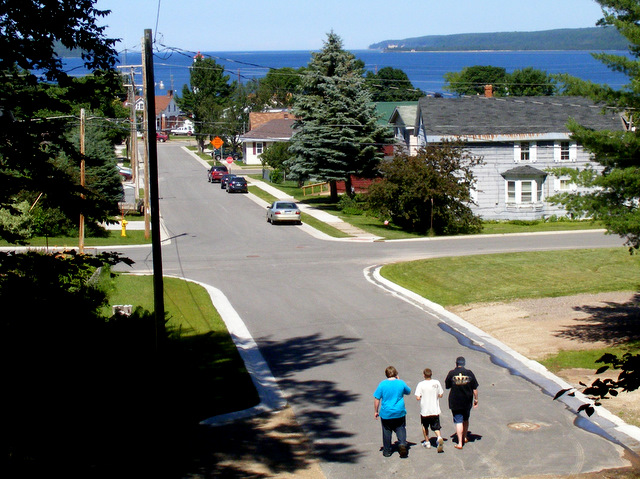 I scrambled up the steep hill behind the rear light to find an angle where I could get a photo of both lights to show their relation to each other. The foliage was so thick that this is the best I could do. 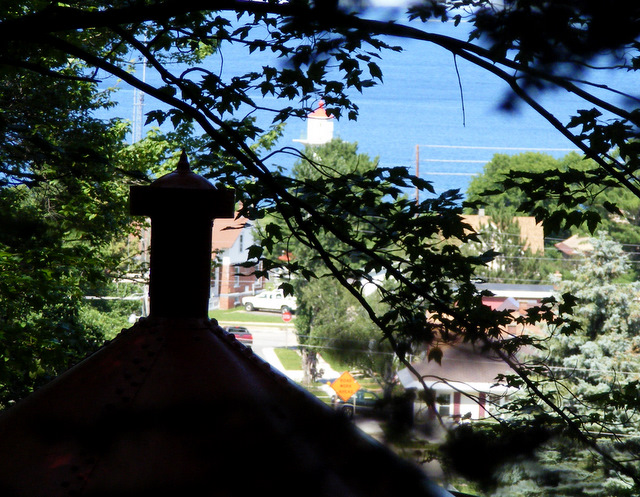 I have to say that I am rather happy with this next photo. I took it at 3:09 pm on a very bright afternoon. The light on the tower is the sun, which just happened to be in the perfect position. 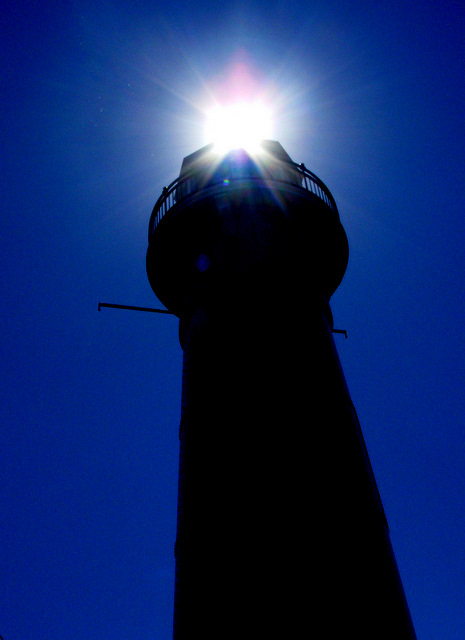 On Saturday morning, we drove a few miles west to the thrilling town of Christmas. We stopped at the Grand Island Harbor Range Lights (usually called the Christmas Range Lights) where my wife and daughter strolled the beach while I took photos of the lights.

Range lights were originally installed here in 1868 to mark the west channel into the harbor. Both of those towers are long gone. They were replaced in 1914. The rear light is located back in the woods across Highway 28. 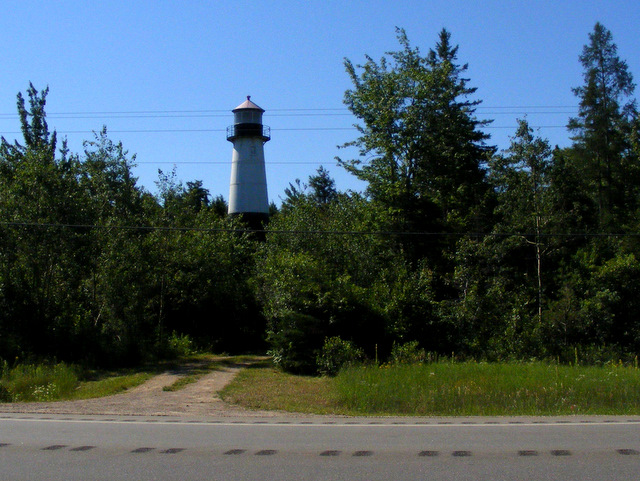 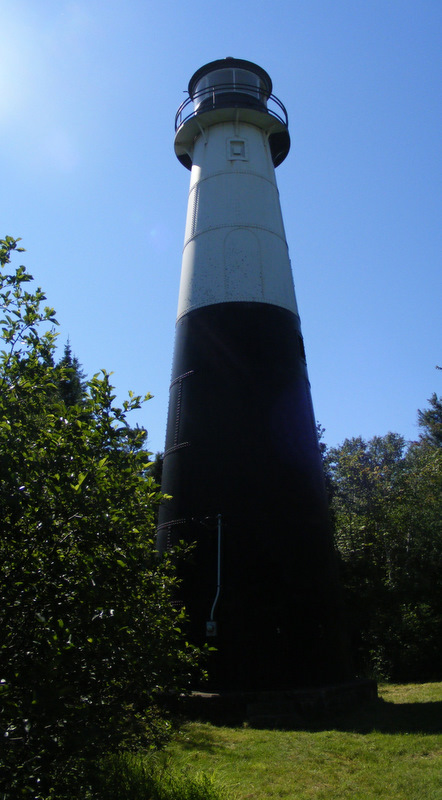 I stuck my camera as far as I could through a grated window and got this shot of the inside. 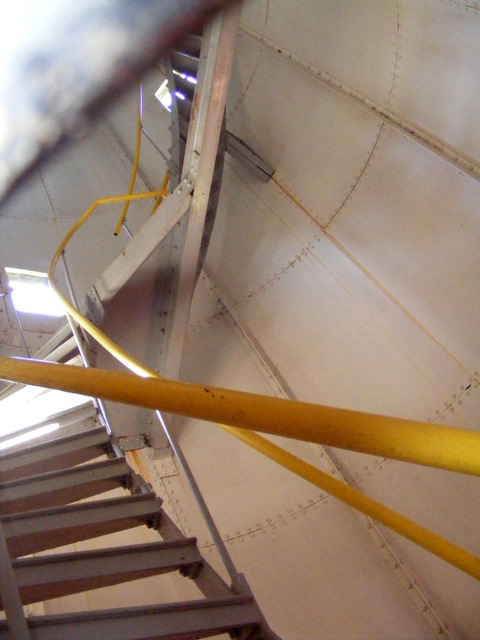 The 1914 front range light deteriorated and has been removed. All that remains are a set of steps on the beach. 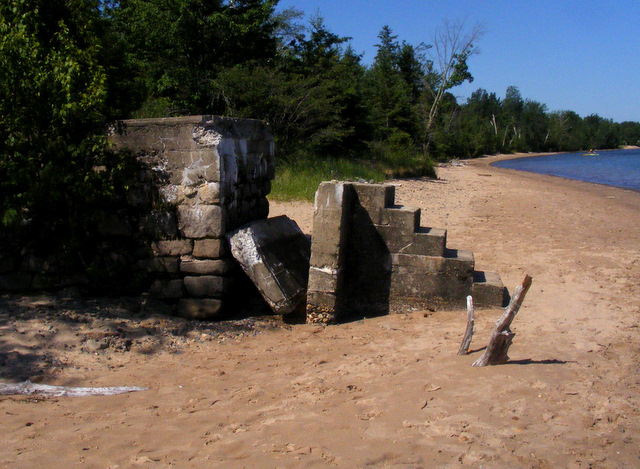 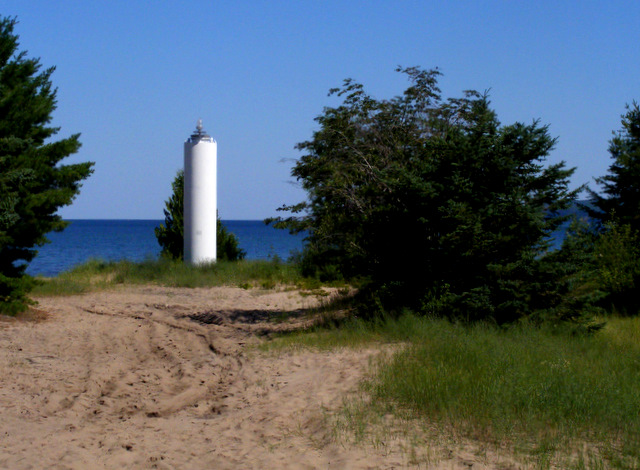 Here’s a shot of both towers, to give you a sense of their relation to each other. 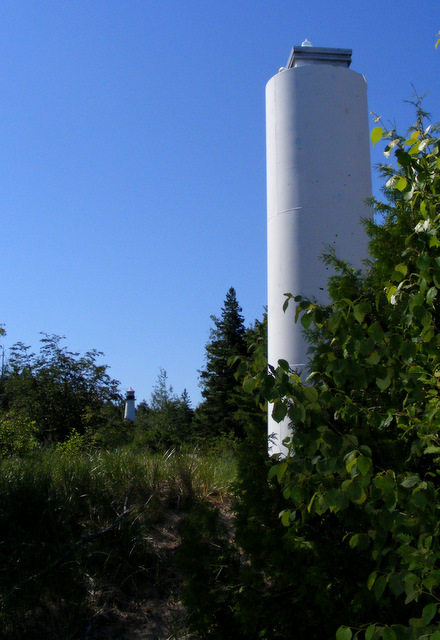