I was stolling along a trail through a large marshy field with scattered wet areas when I almost stepped on this snake. It was about a foot-and-a-half long and was heading quickly for the reeds when I saw it. I figured it would soon disappear, but it circled back and laid there staring at me. After maybe five minutes, it slithered off beneath a bush — and then out the other side. It just didn't seem terribly afraid of me. I followed as it made its way through the reeds and finally disappeared into a marshy pool. 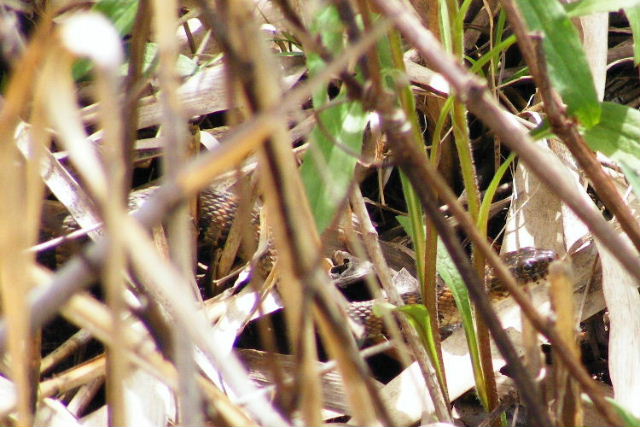