As we were hiking from the lodge to the trailhead for Sunday Gulch, I spotted two small brown snakes on the path. The first took off into the grass before I could get a picture, but the second one figured that if it couldn’t see me, I couldn’t see it. 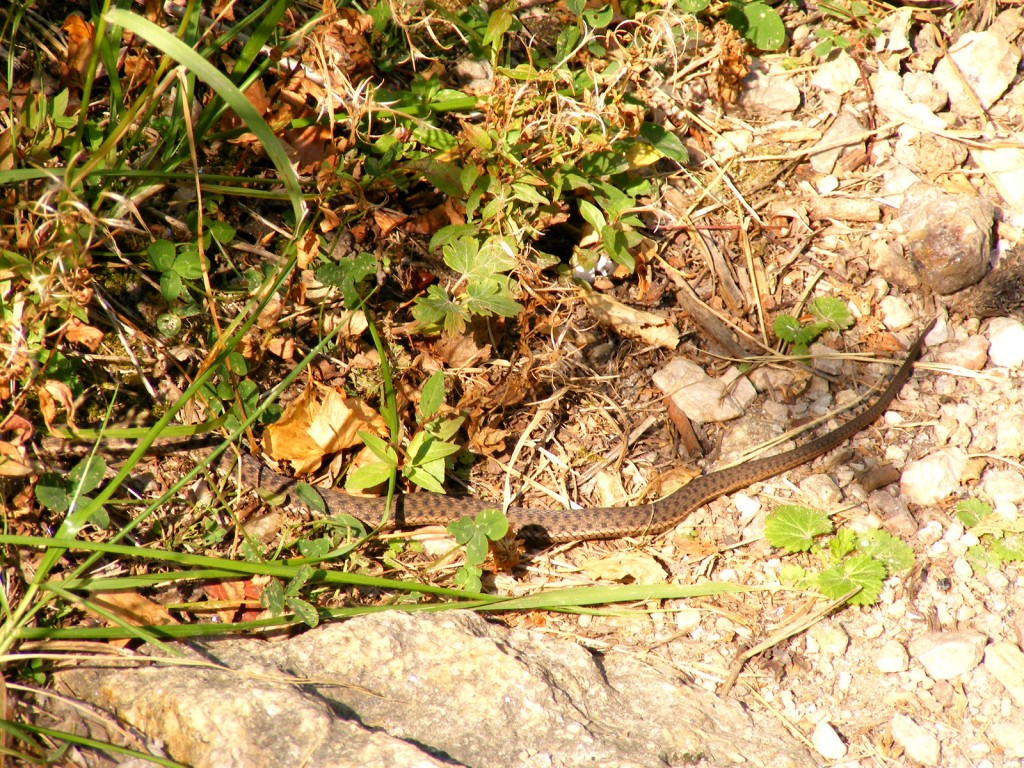 After we hiked Sunday Gulch, we circled the lake. In a low, grassy area just a few yards from the water, I spotted another one on the path.

I knew it wasn’t anything dangerous and even figured it was probably some variety of garter snake. I jumped in front of it to block its path to the grass. It hesitated, tried to get past me a few times, then made a sudden lunge and glided over my shoe out of sight. It was done so quickly, it gave the impression that it leaped. 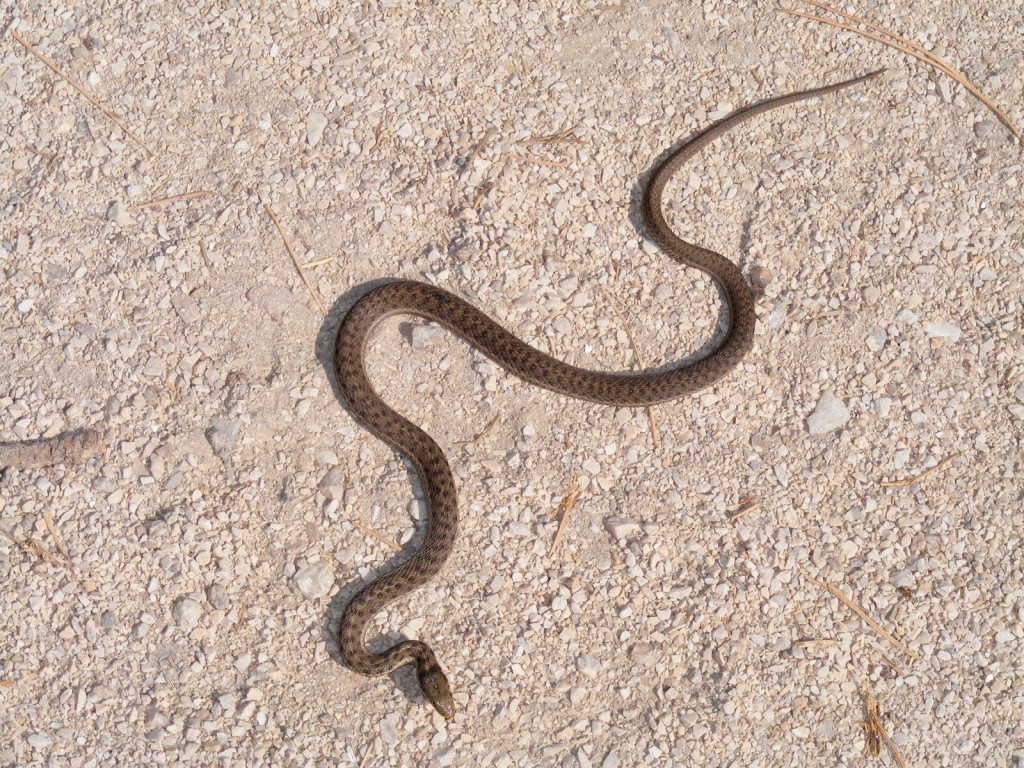 Wandering Garter Snakes are a subspecies of a western species that is closely related to Eastern Garter Snakes. The Black Hills are at the far eastern edge of their range which covers much of the West down into Arizona, north almost to Alaska and extending to the Pacific Coast. They are almost always found close to water. This one was about 18-inches long.