It was a damp, cool, drizzly morning. We hiked the Devil’s Den Trail.  We climbed back up to our cabin on the stone stairs and came out on the blacktop drive of one of the cabins. I spotted what I thought was a large night crawler lying motionlessly on the pavement. A closer look revealed it to be a snake. I nudged it with my finger and it coiled and acted threatening, although it was too small to cause any damage even if it had been poisonous. I used a stick to guide it off the drive where it disappeared beneath the oak leaves. 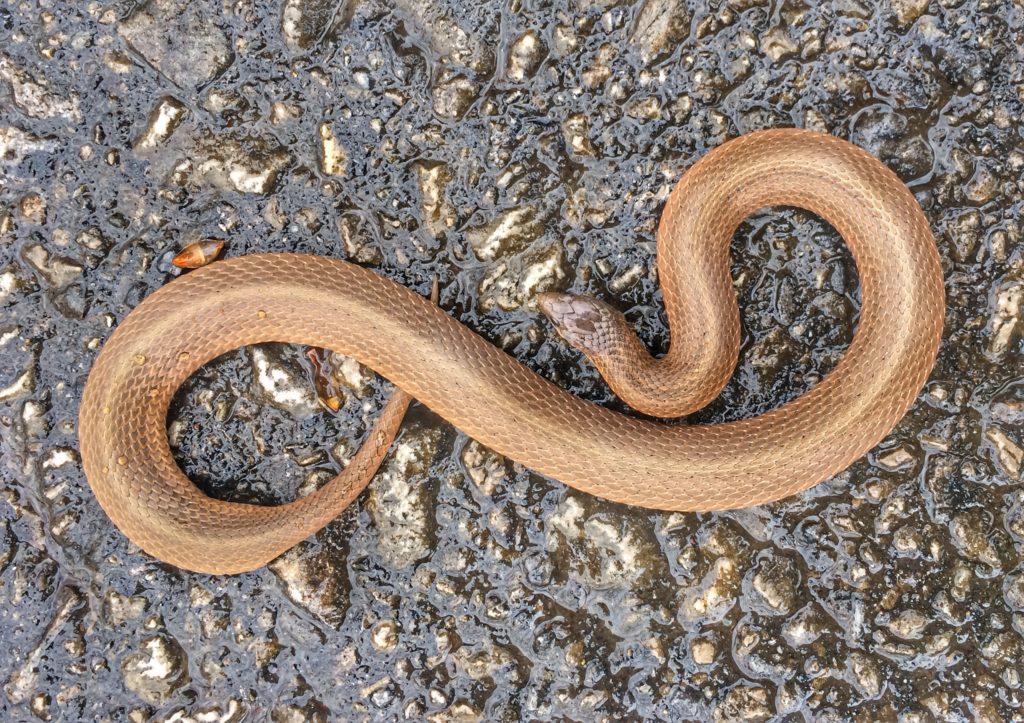