As we were getting out of our car at Holzwarth Historic Site, a kind man with a British accent pulled up in his SUV and informed us that family of moose were grazing in the meadow along the Colorado River.

We spotted the cow from a long way off. It didn’t move as we continued along the trail. We walked a short way down a side trail and got a great view from about 30 yards away. 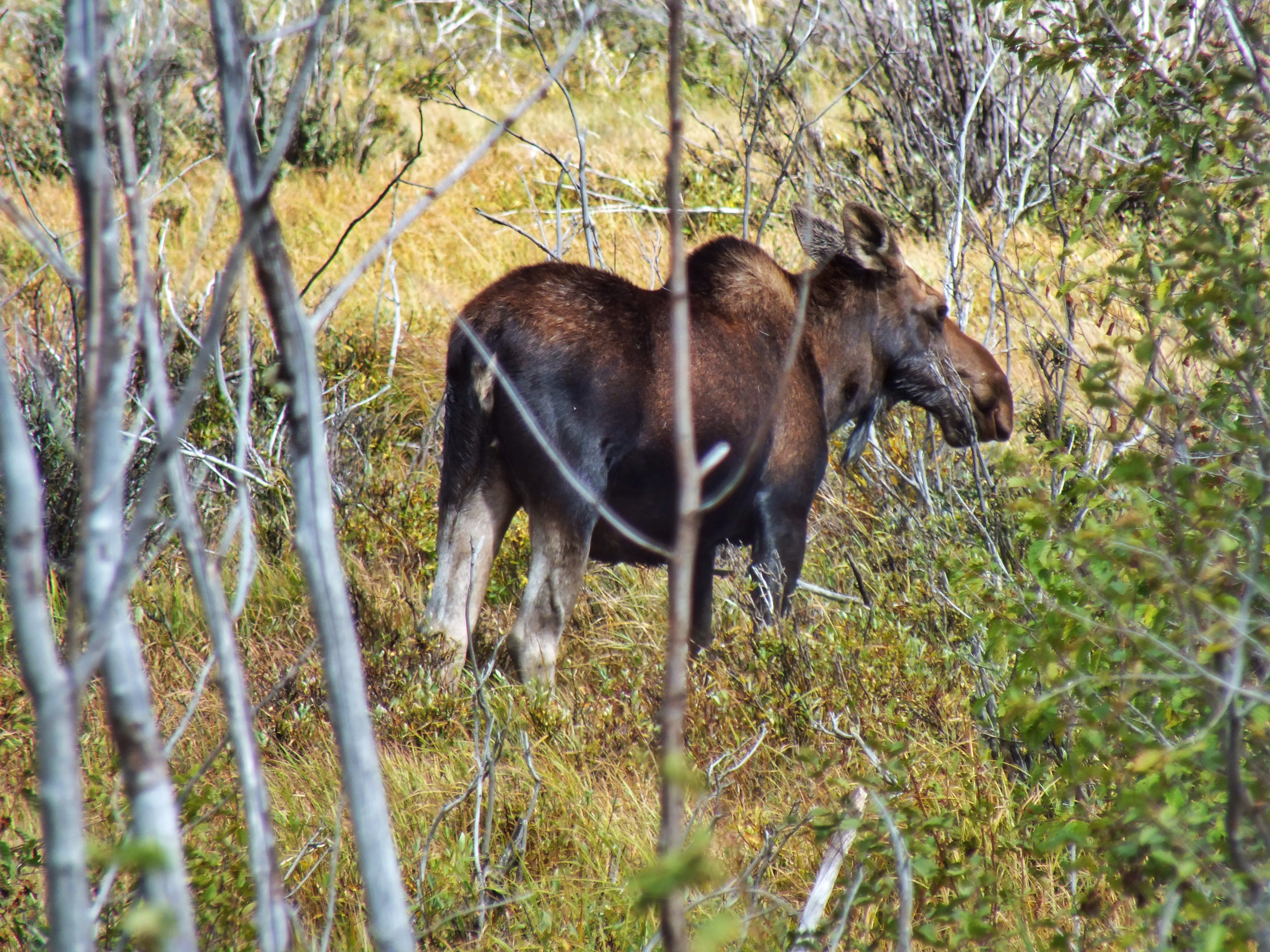 There was another couple at the spot when we arrived. I asked if they had seen the bull, and they hadn’t. They didn’t even know it was in the area. We walked another 10 yards down the trail after they left. I looked toward an aspen grove to the north and saw this. I’m not sure how they missed it. 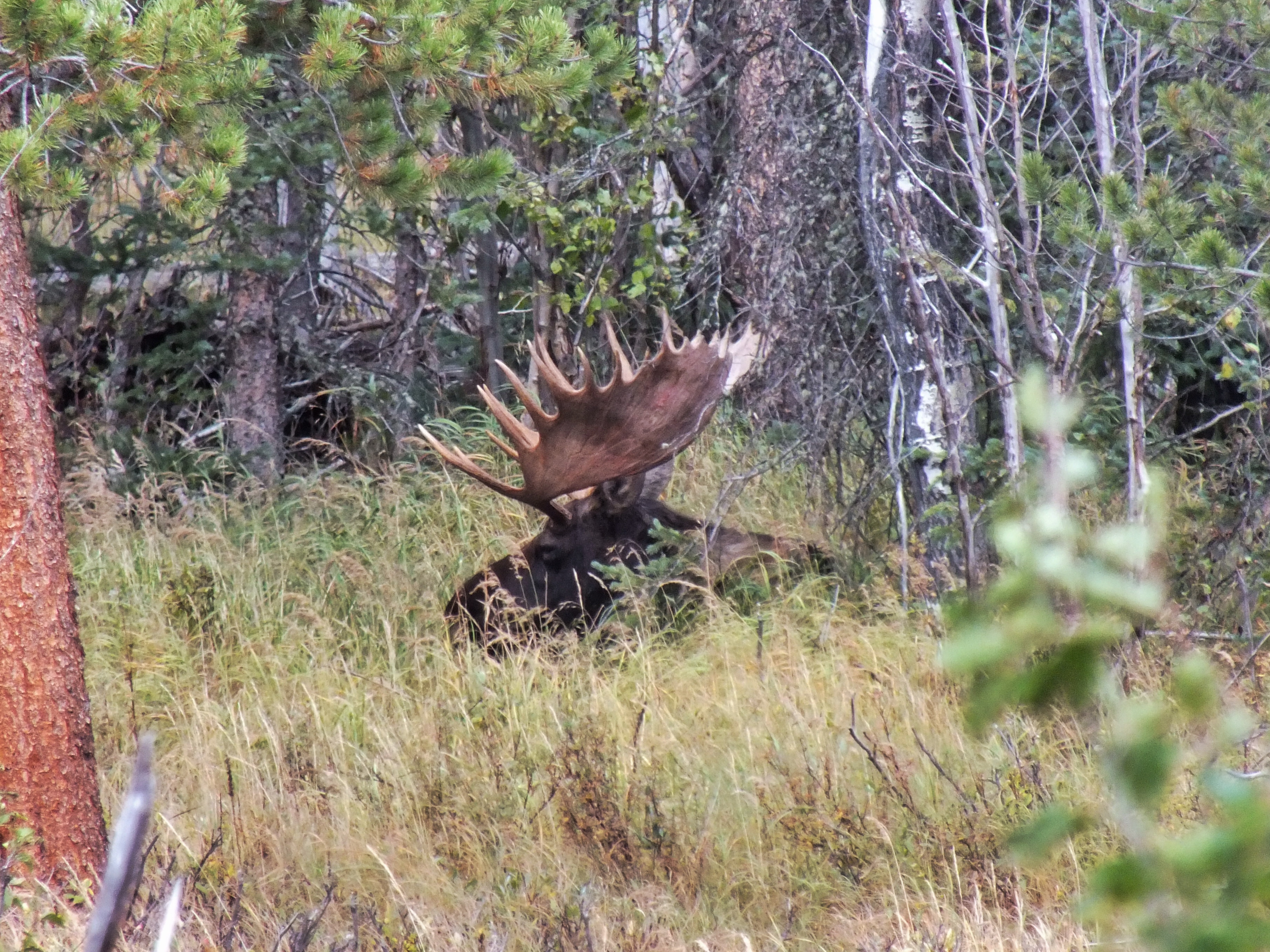 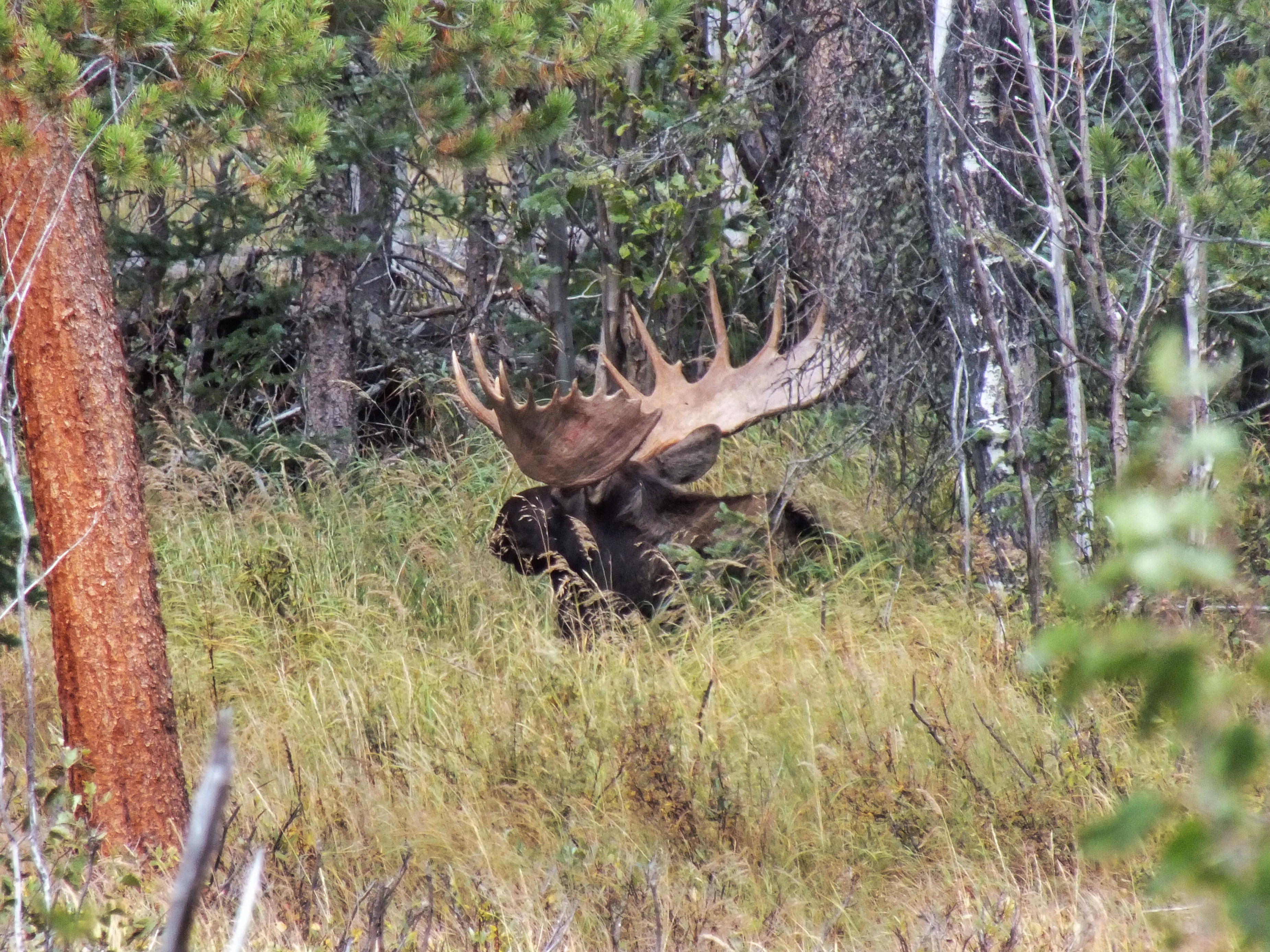 We watched enthralled for about three minutes. These photos don’t begin to capture the immensity and grandeur of this amazing beast. It was huge and it was awesome. As we watched, it got up, stood for a few seconds, then wandered back into the trees and disappeared. We were almost giddy with the thrill of what we’d just seen. I realized later, when I watched the video, that it probably left because of us, which makes me feel bad. I think I can see when it caught our scent. It then lifted its head and saw us, and then get up and left. I’m sure we were too close, but in the awe of the moment, we were just entranced.

We toured the area around the buildings, then headed back toward the parking lot. A few more people were around, and they were looking at the cow. Except we soon figured out it wasn’t the cow—she was down a ways, closer to the river. What we were seeing was the calf. 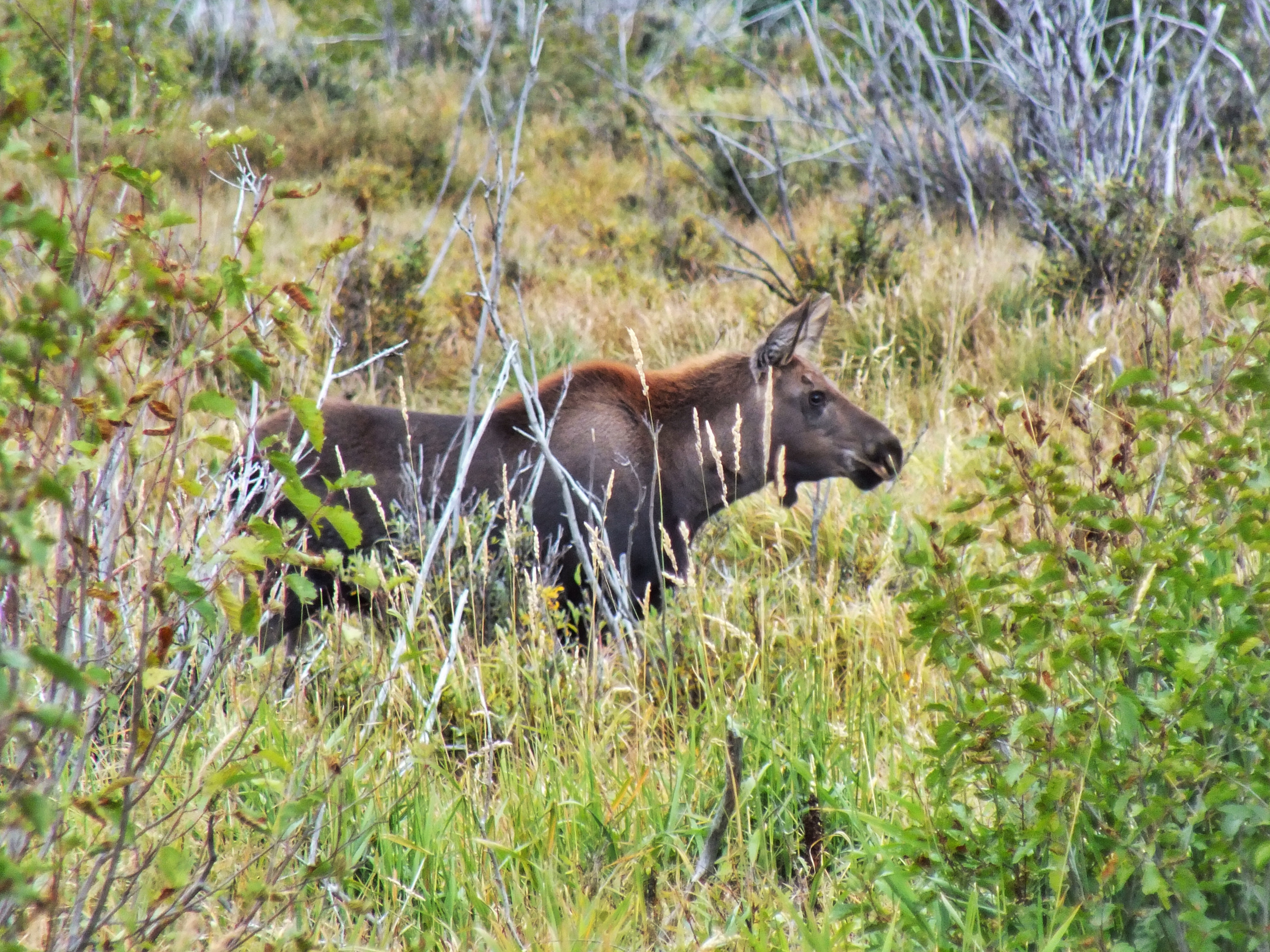 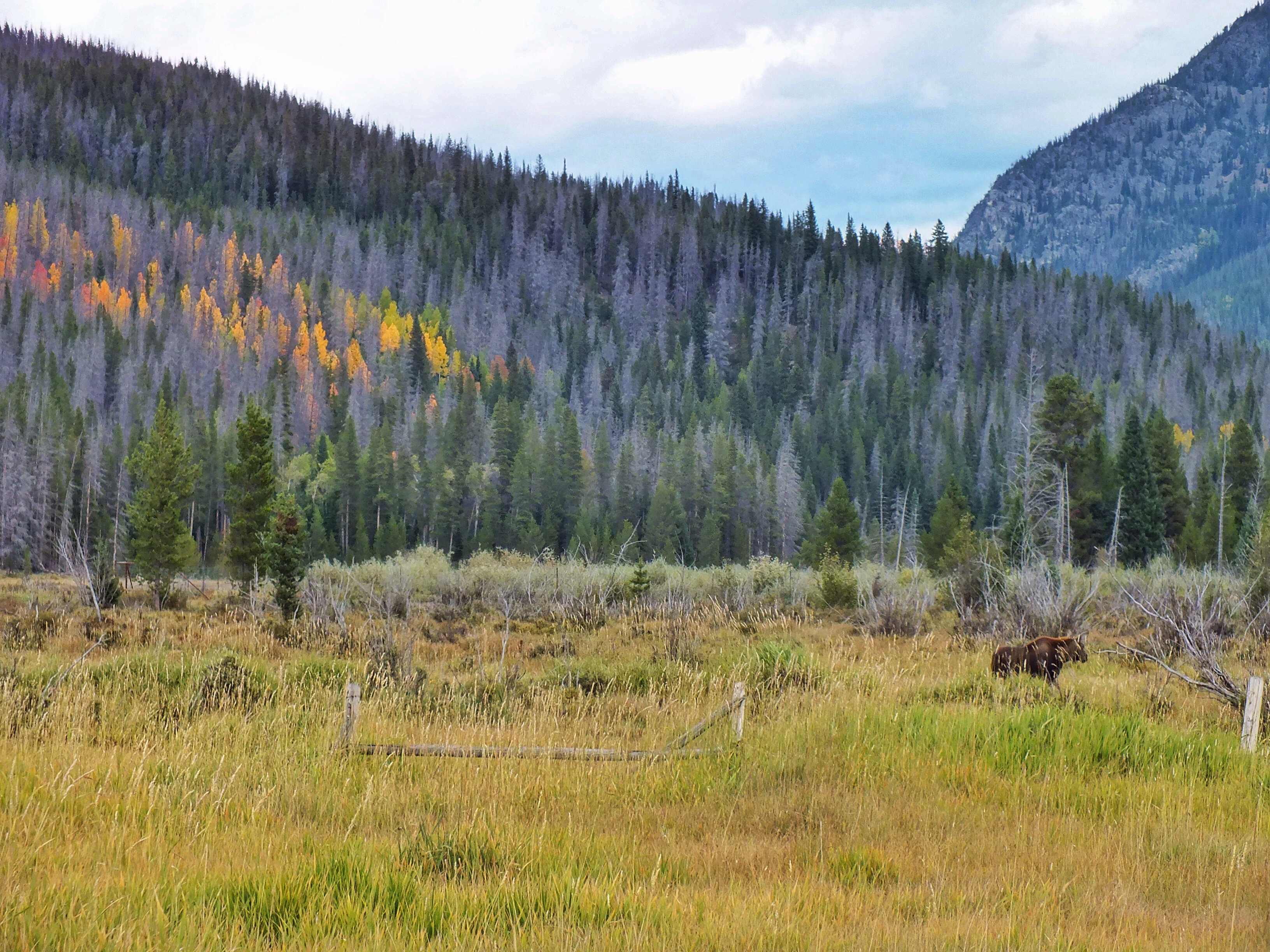 Soon the two were very close to each other near the water. 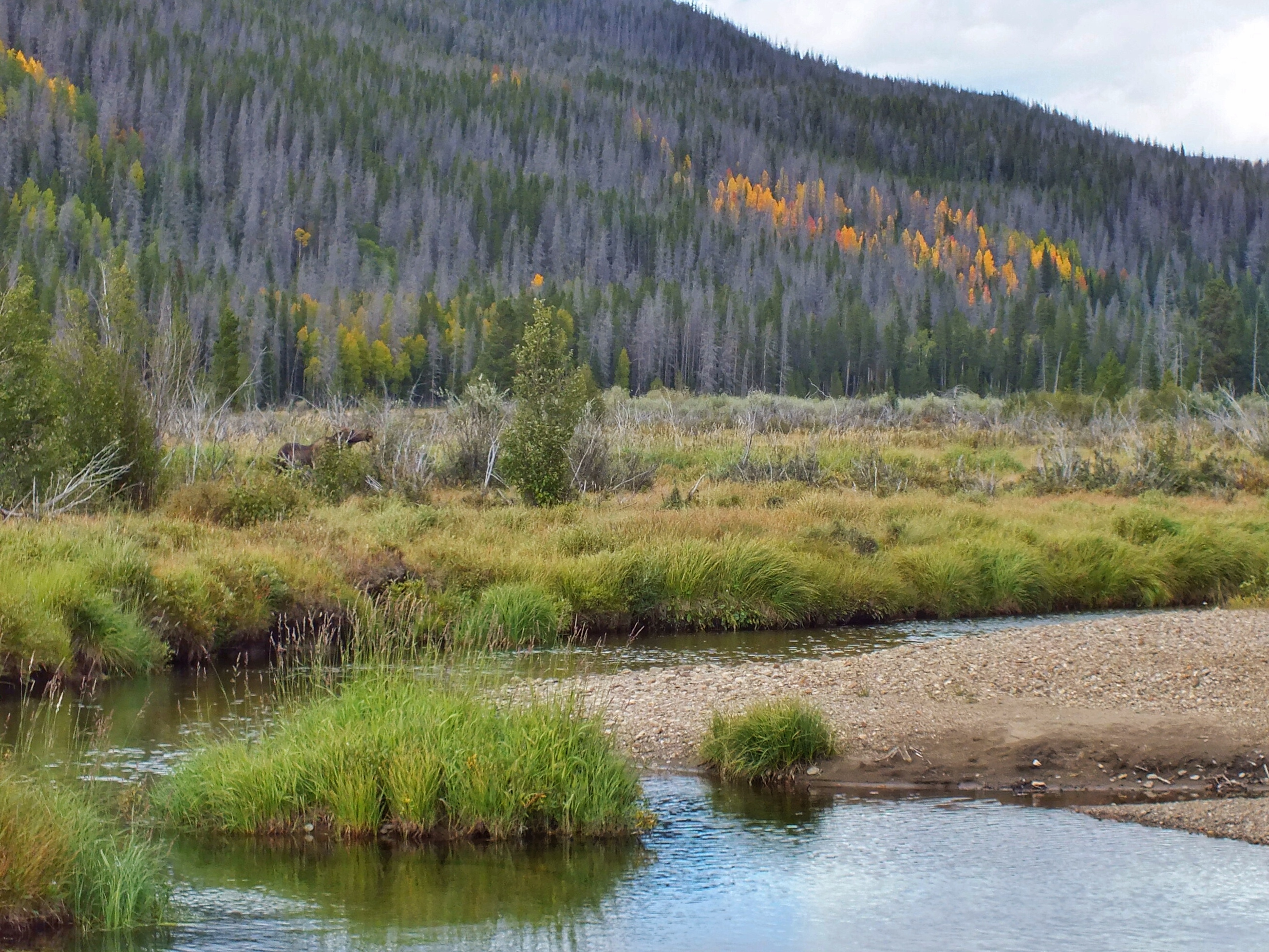 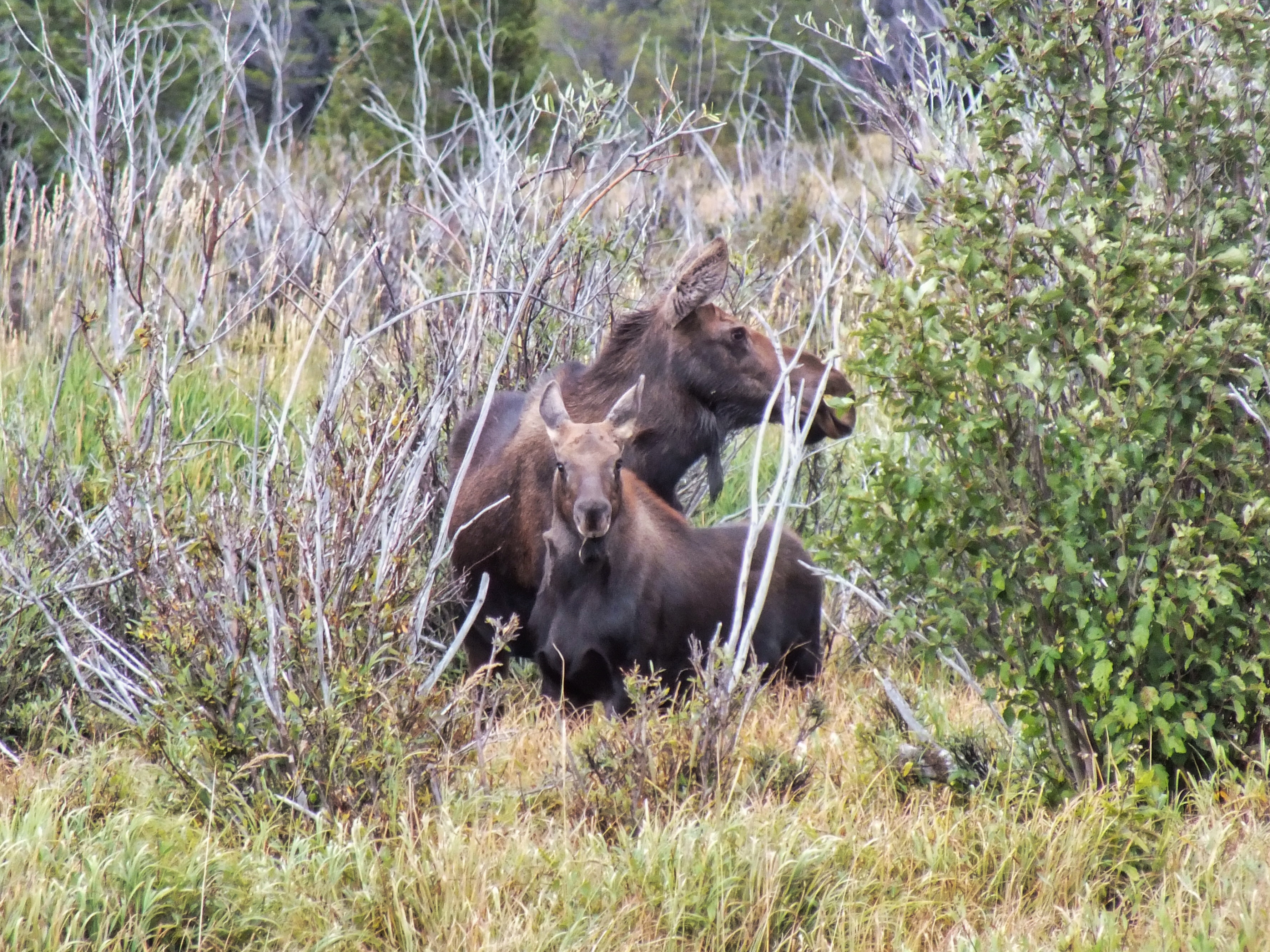 On a day filled with very cool things, this was the coolest.

This entry was posted in Mammals, National Parks, Scenery. Bookmark the permalink.