We took a weekend vacation with friends to see the Cleveland Indian’s new stadium. On the way, we visited Rutherford B. Hayes home and Presidential Center. 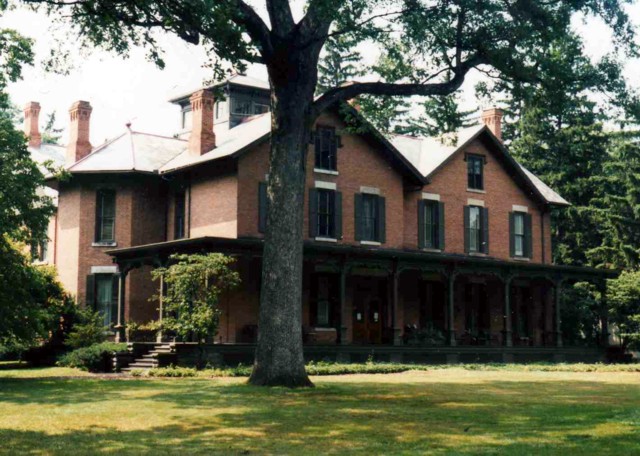 The house is beautiful, with a lot of windows and a huge front porch. It’s located in a 25-acre wooded lot. Right next to it is an incredibly ugly white marble monstrosity that houses the museum. This building is so ugly it almost ruins the look of the entire place. We bought our tickets and toured the house.

The lady who guided us through the downstairs was a jerk. Her attitude showed that she thought she knew a lot more than we did and, furthermore, she wasn’t about to share any of it with us. We were having a good time and laughing, and I think that bothered her, although we were also interested and paying close attention.

The upstairs guide was much better. She was a little old lady who knew a lot about Hayes and enjoyed her job. She also figured out right off the bat that we were genuinely interested. She showed us everything there was to see upstairs, and when she found out there was a lot downstairs that we were supposed to have been shown but weren’t, she took us back down there and showed it to us.

I wasn’t allowed to take pictures inside the house, but here are some postcard views. On the left is the Red Parlor. The library (right) had cool bookcases, but the room was too narrow for its length. I thought it looked like it had been crammed in as an afterthought. 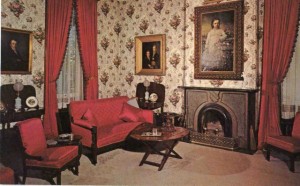 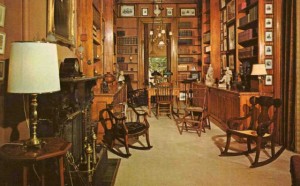 Here’s the dining room (left). The sideboard on the far right was in the White House. It was rescued after the British burned the building during the War of 1812. Its twin is on the other side of the window, hidden behind the table centerpiece. This is one of the things the downstairs guide didn’t show us. On the right is Hayes’ bedroom. Both Rutherford and his wife Lucy died in the four-poster bed. Several generations of Hayes’ family lived in the house after the President died, and many of the rooms are filled with their furniture and decorations. 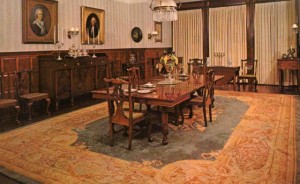 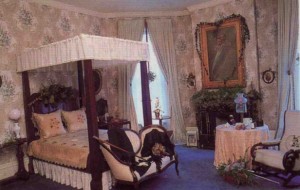 When Hayes lived in the house, he had a lot of famous visitors. Hayes had them touch trees on his property, then hung up plaques with the person’s name. We walked around the grounds touching trees that were touched by famous politicians and Civil War generals. Rutherford and Lucy are buried in this grave on the property. Several other family members and a few dogs and horses are also buried in this enclosure. 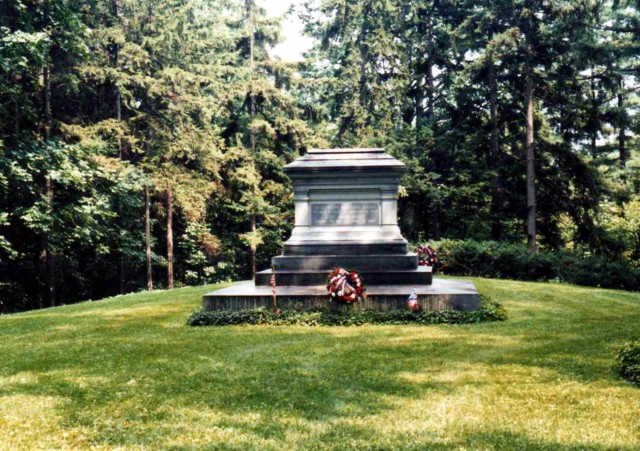 After walking the grounds, we went inside the ugly building and toured the museum. It wasn’t very well put together and had a lot of random stuff that had nothing to do with Hayes, like the capstan from the Battleship Maine and a ring with a lock of George Washington’s hair. There was some Hayes’ stuff — Lucy’s gowns, Rutherford’s Civil War gear, and their daughter Fanny’s doll house. We also saw the carriage Hayes used when in the White House. 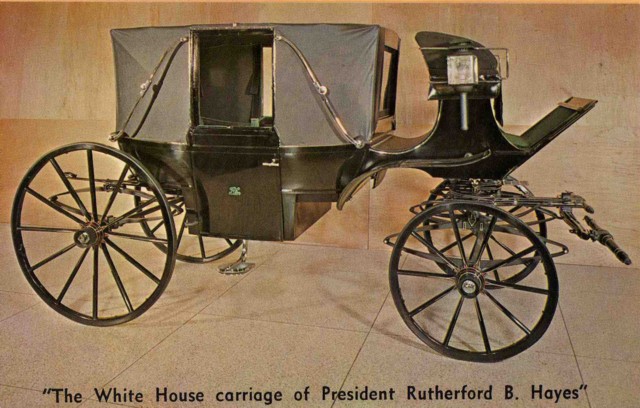