The Battle Above the Clouds

I drove up Lookout Mountain (which was about eight minutes from my hotel) and toured two parts of the Chickamauga and Chattanooga National Military Park.

The Battle Above the Clouds refers to the battle that took place on the slopes of Lookout Mountain on November 24, 1863. It was a cloudy day, and the Union troops in Chattanooga had trouble following the action. Major General Joseph Hooker led a Union force up the mountain and chased off a smaller Confederate force. To make the attack, his army crossed a creek down in this valley and headed straight up the slope to the base of the cliffs, then continued along the slope to the point. 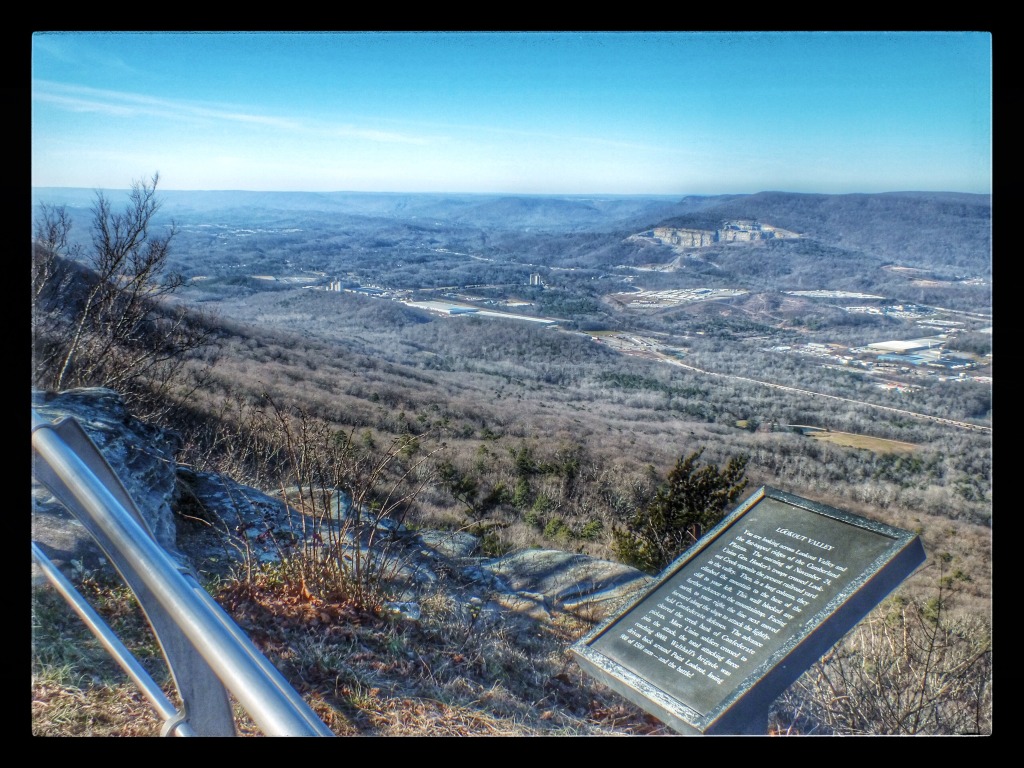 The rest of the army couldn’t see what was happening on the mountain because of the clouds, which gave the battle its name. After some intense fighting, the Confederates were driven back.

Much of the fighting took place around the Cravens House, which was destroyed by Union troops after the battle and then rebuilt right after the war. There are monuments to New York and Ohio troops in the yard. 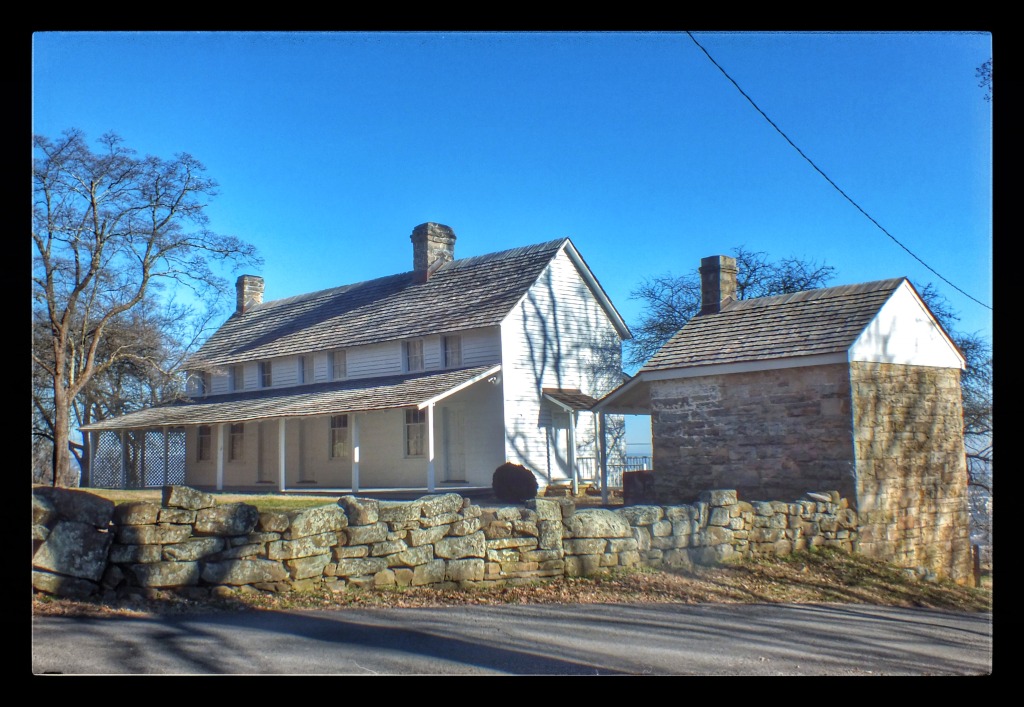 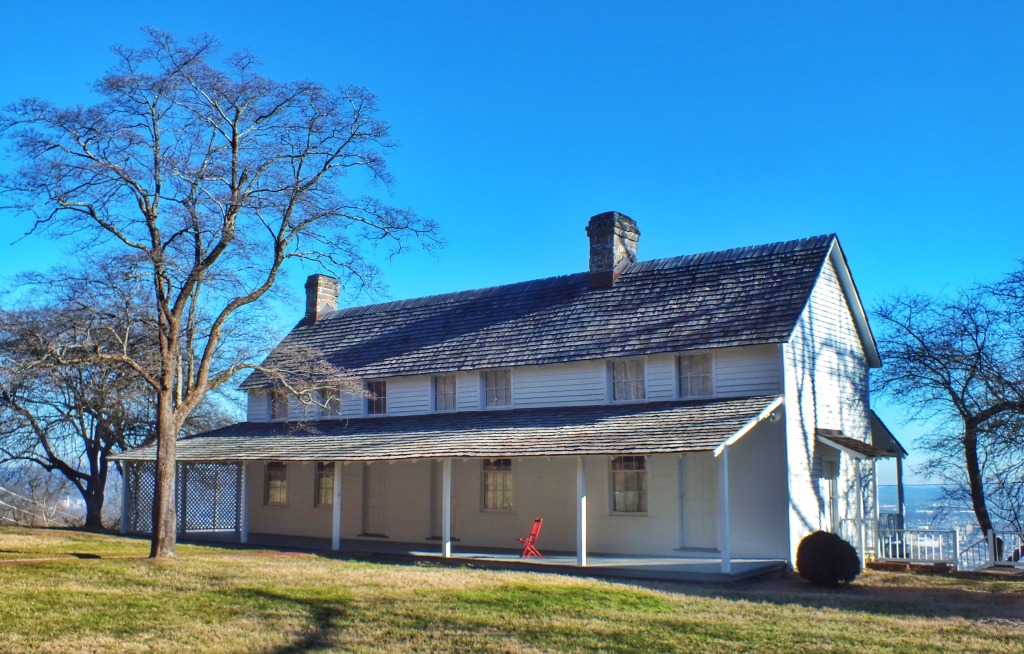 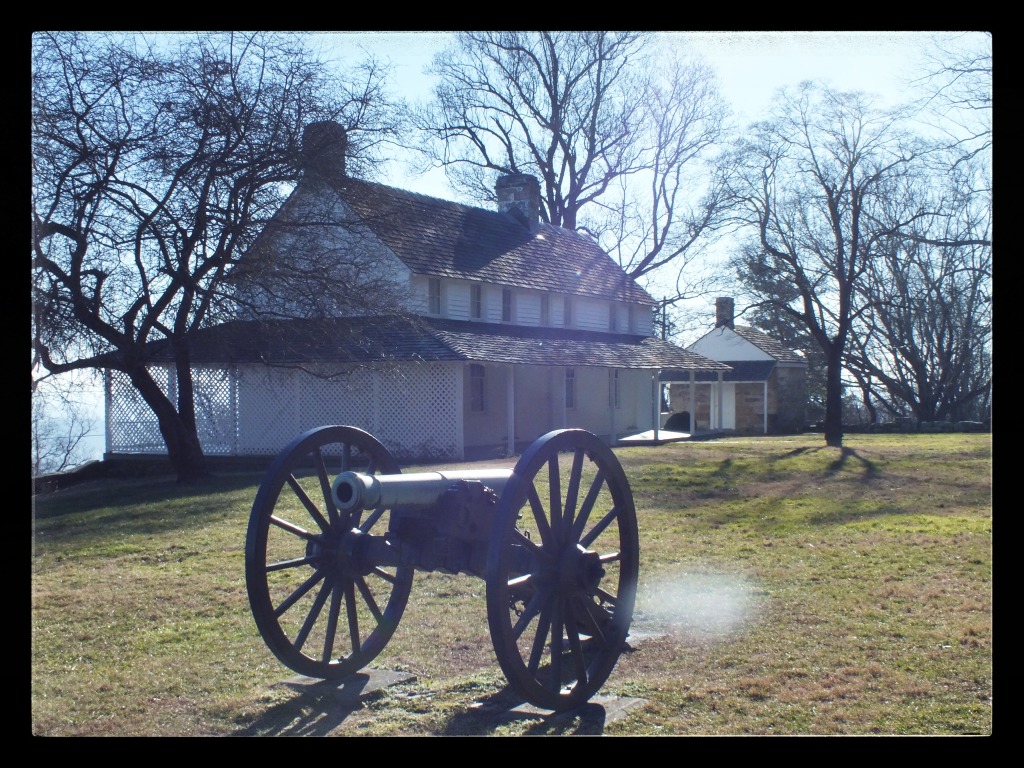 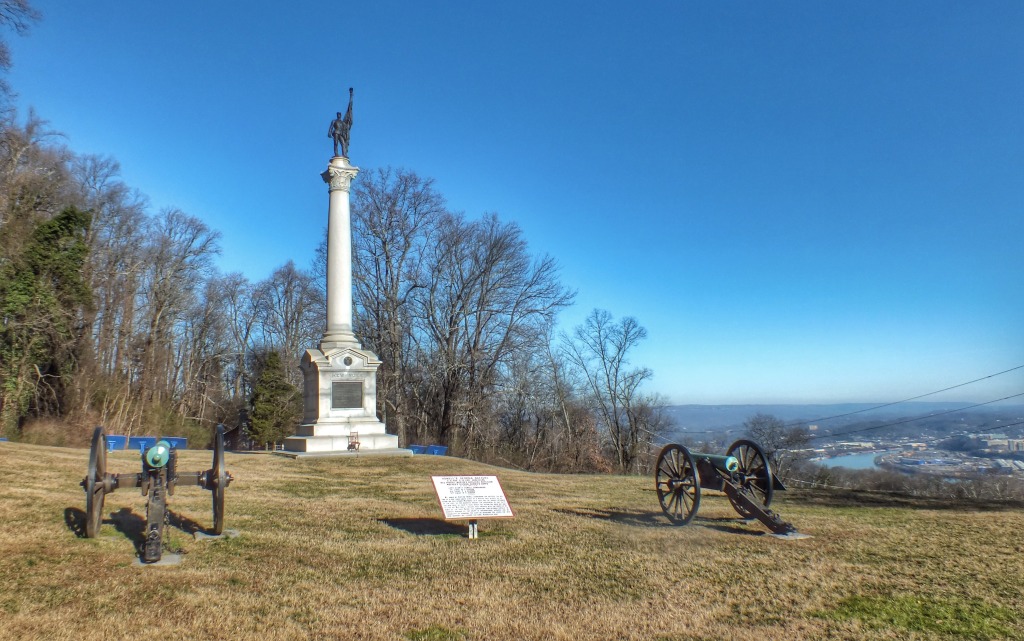 The other section of the battlefield is Point Park, where very little, if any, fighting took place. But it does provide some great views. 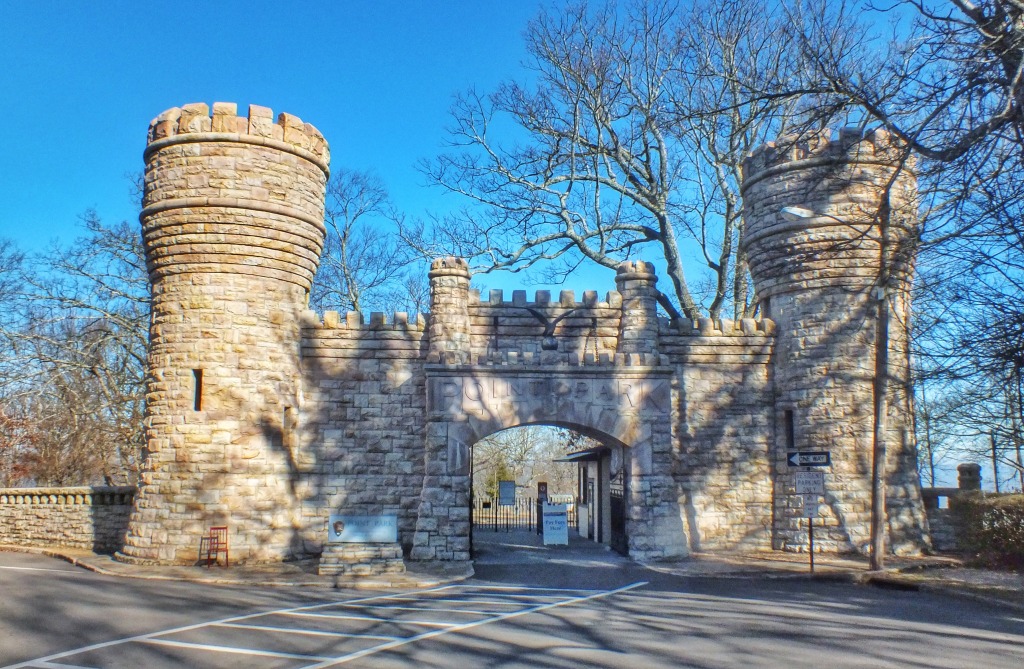 The Cravens house is visible in the foreground of the next photos. 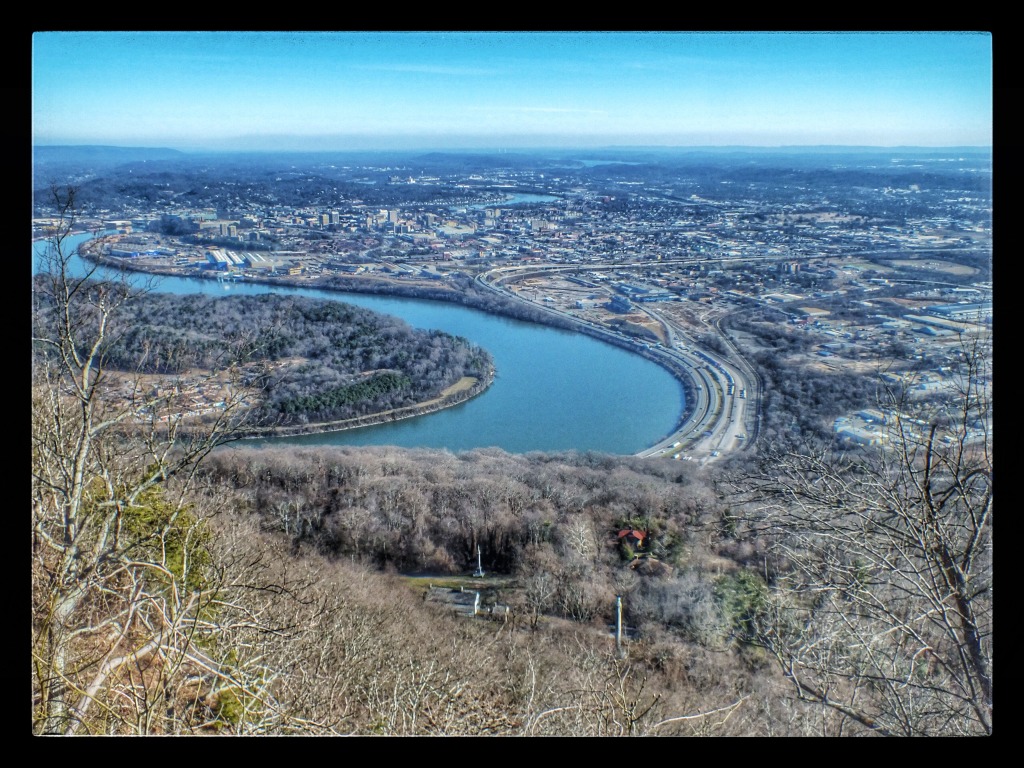 Here’s a close-up view from the point. 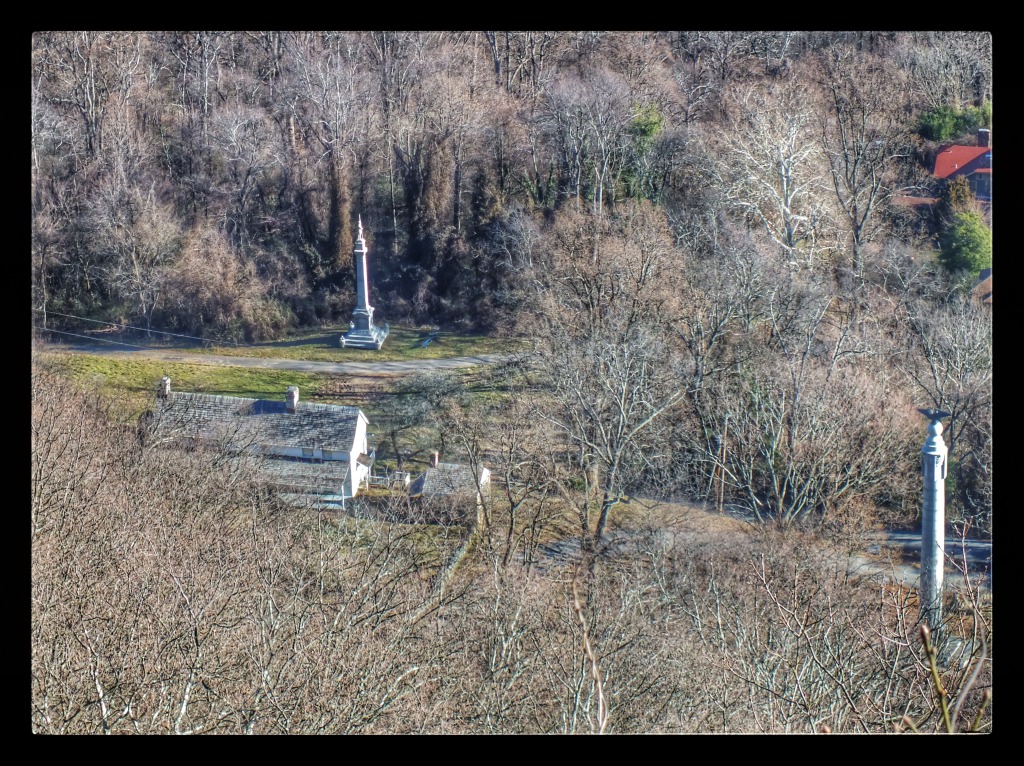 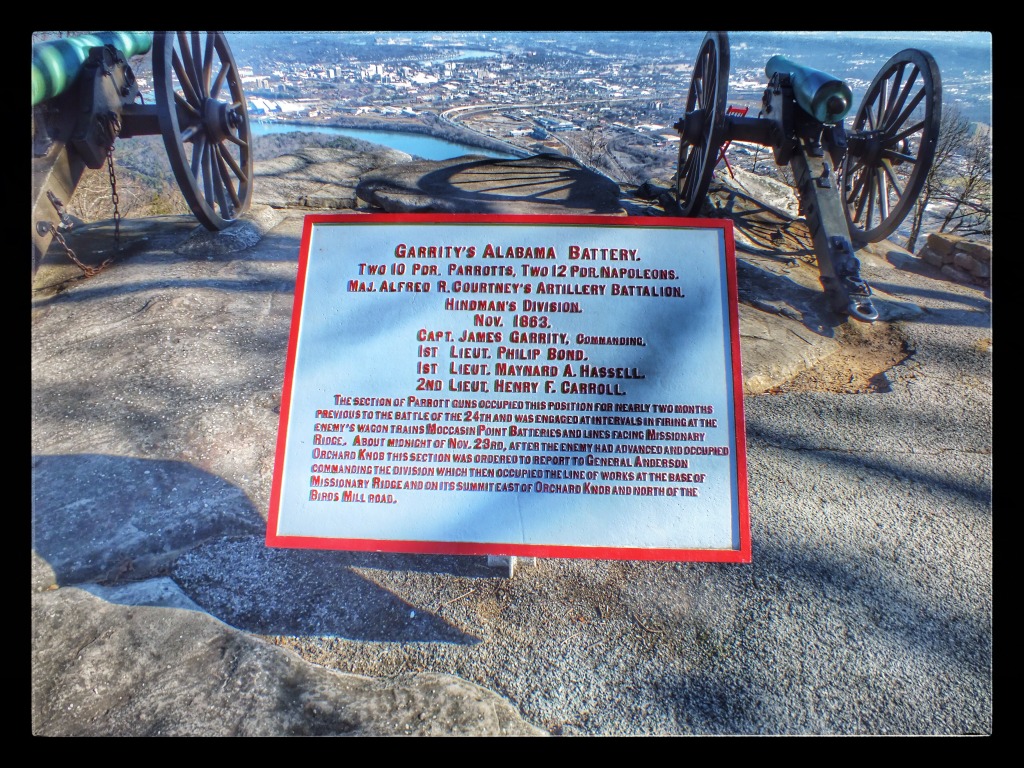 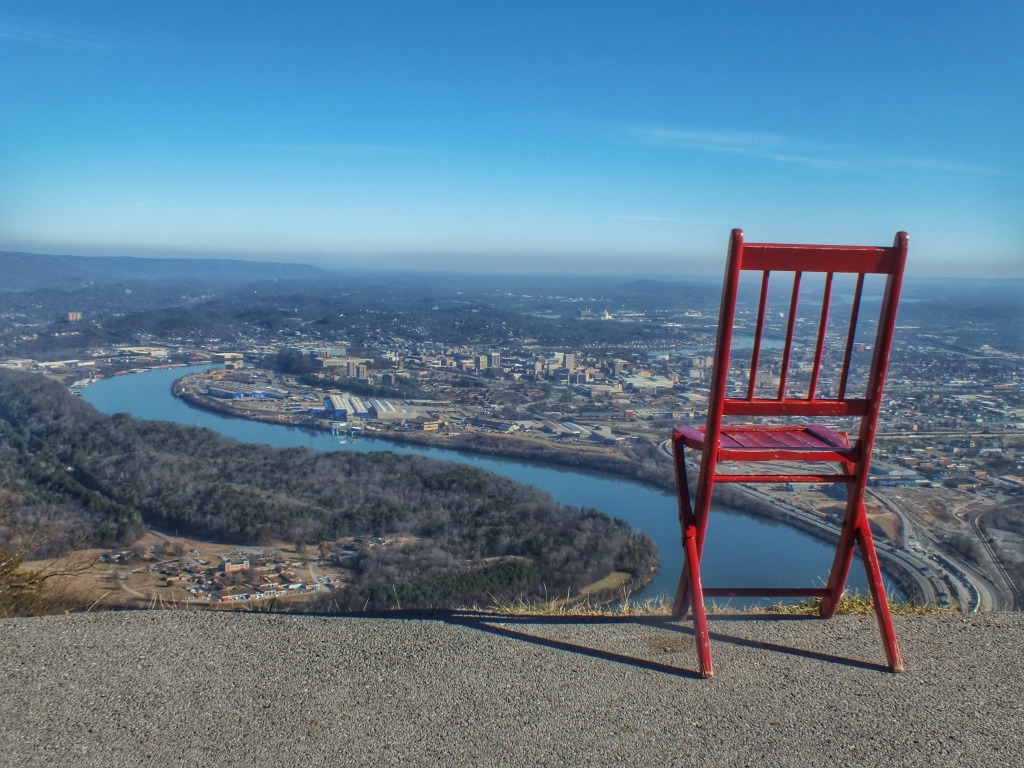 A zoom view of the Chattanooga Choo-Choo from the mountain. 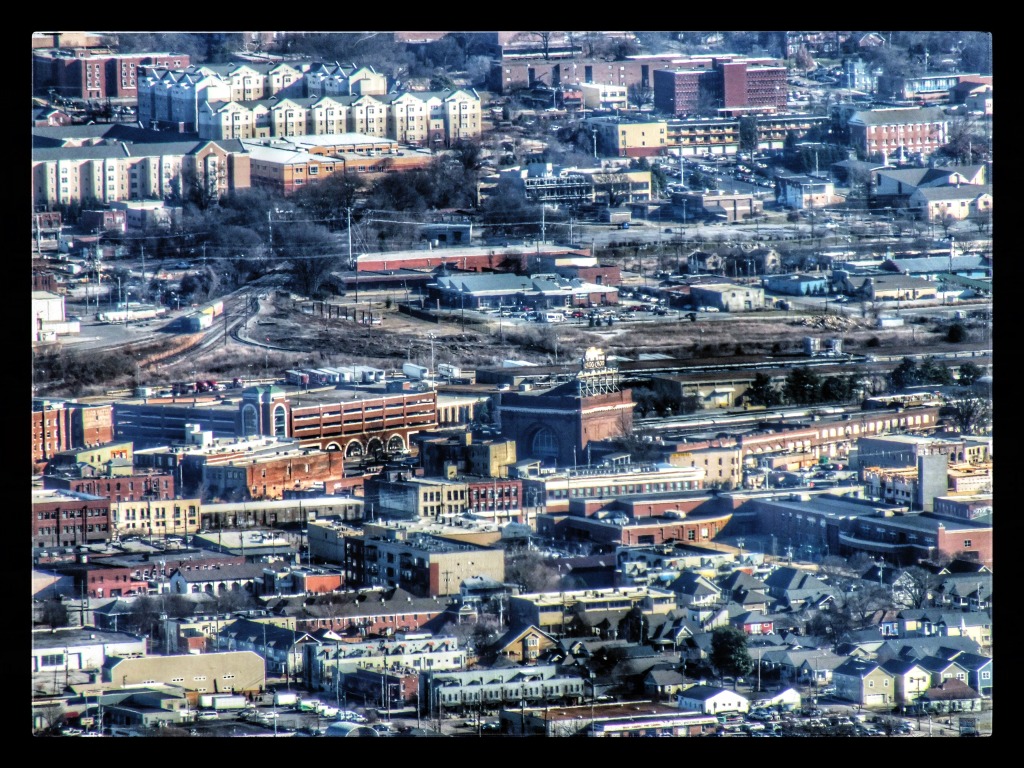 General Hooker was very proud of his victory and commissioned “The Battle Above the Clouds” by James Walker, a painting that made him look very heroic indeed. Hooker can be seen on his white horse in the center of the painting. It’s  is on display in the visitor center. I asked Ranger Kim for a red chair photo in front of it. Hooker can be seen on a white horse in the center. 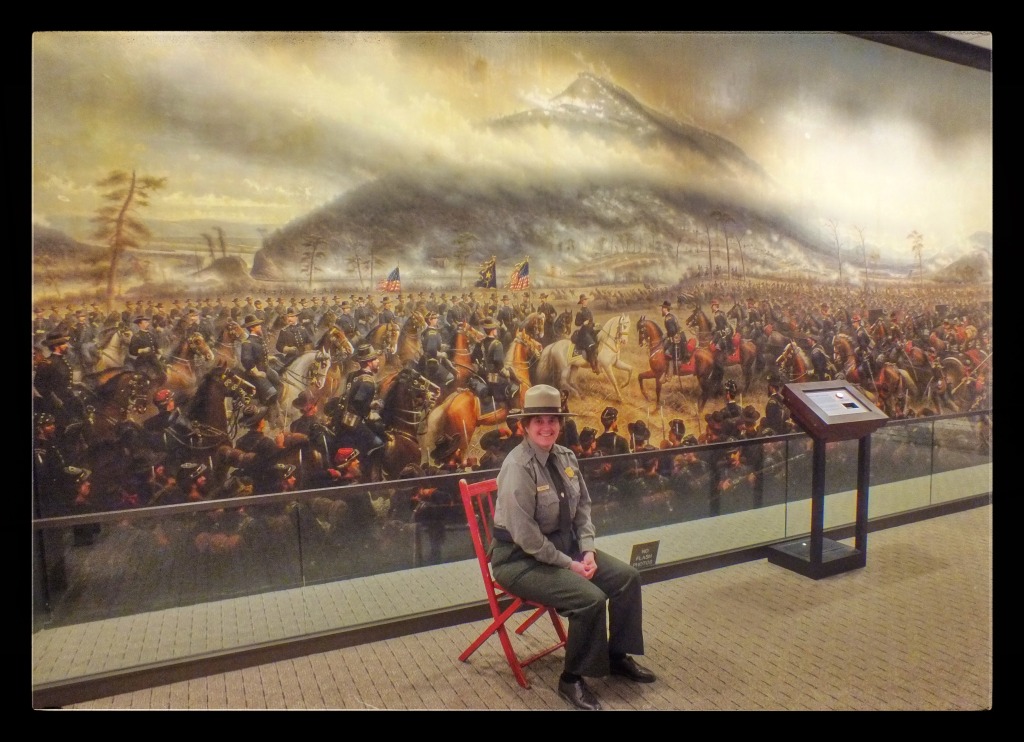 This entry was posted in Battlefields, Historic Buildings, National Parks. Bookmark the permalink.