I have a theory. Actually, it’s more of an opinion.

Back when people manufactured things individually by hand, they had pride of craftsmanship. A man’s livelihood depended on the quality of what he made and each piece he created became a work of art — whether it was furniture or a barn or a spoon. And then the Industrial Revolution came along with it’s assembly lines and machine manufacturing and all sorts of new things were suddenly possible. But the craftsmanship died. If a man was putting the same type of nut on the same type of bolt over and over all day for years, he no longer cared what the end product looked like.

Antique cars, from about 1915 to 1940 (and here’s where my opinion comes in), are the best of both worlds. They are works of art and incredible machines. I don’t know anything about them, and I can’t even identify most of them in the photos below, but I can look at them for hours. I find them stunningly beautiful, maybe the prettiest accomplishments of mankind. 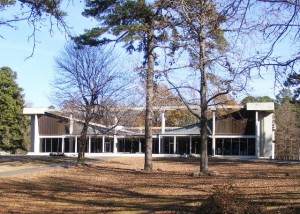 The Museum of Automobiles on Petit Jean Mountain was founded in 1964 by Winthrop Rockefeller, one of the Rockefellers, who also owned a ranch on the mountain and served as governor of Arkansas. Originally the building housed his personal collection, but the collection has expanded and is now owned by the state of Arkansas, I believe. I’ve been there a couple times before, and I’ve driven past it many times. I’ve never seen more than two or three cars in the parking lot.

My wife and I had the place to ourselves for most of our visit. (Our daughter stayed at the camper and unpacked everything for us.) The Auburn V12 (V12!) Boat Tail Speedster in the first picture was my favorite. It can also be seen in the foreground of the panorama below. My wife’s favorite was the blue sedan in the second photo. We both thought the 1916 Cretors Popcorn Wagon was also a very impressive vehicle. 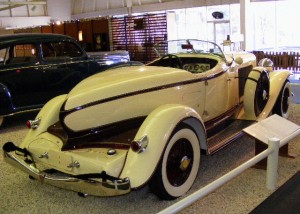 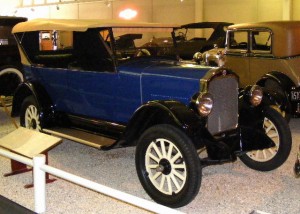 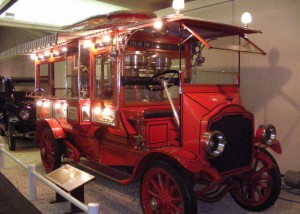 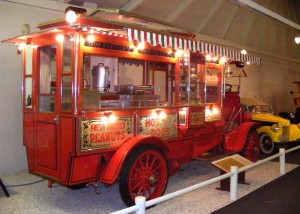 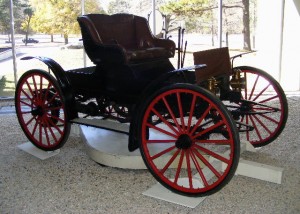 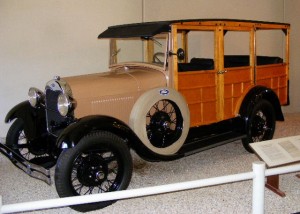 This 1967 Ford Ranchero was owned by Elvis during the year he tried his hand at ranching on the Circle G Ranch near Tupelo, Mississippi. He called it his “Cowboy Cadillac,” but he soon traded it with a car dealer for a new Cadillac. 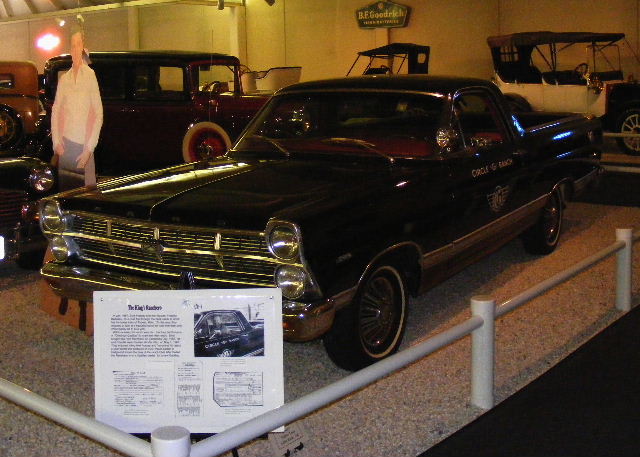 John Kennedy was given three cars by Ford to use on his vacations during his Presidential years. This was his favorite, a 1963 Lincoln Continental, and there are several photos of him at the wheel. He used to scare his bodyguards by hopping into it and taking off. Brand new, the car cost $6,916. 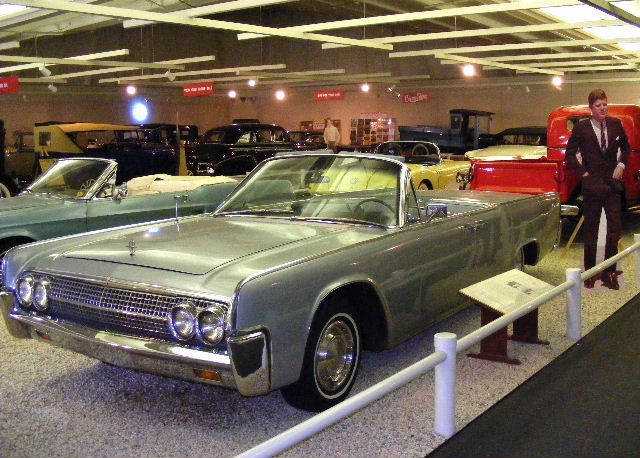 This 1967 Ford Mustang was purchased in 1972 by Bill Clinton’s stepfather for his brother Roger. When Bill became Governor of Arkansas, he “acquired” the car and often drove it between Hot Springs and Little Rock. When he became President, he loaned it to the museum. He said it was the hardest thing for him to leave behind. So sad. He should have kept the car and given up the Presidency. 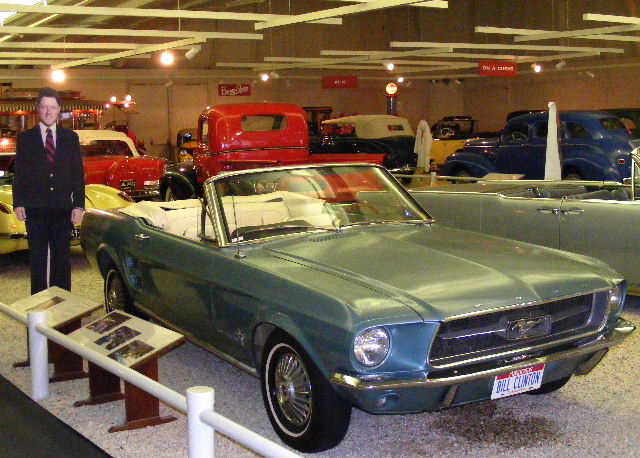 The full-size cut-outs of Elvis, JFK and Clinton were a little creepy. I kept seeing them out of the corner of my eye and thinking I was being watched. In the panorama below, the black car on the left is a 1936 Mercedes 500 K Phaeton. The two maroon Cadillacs at the extreme right were the personal cars of Winthrop Rockefeller.

This entry was posted in Presidential Sites, Transportation. Bookmark the permalink.

1 Response to The Museum of Automobiles — Petit Jean Mountain