I took my family on a short vacation through Indiana and Kentucky. On the first day, we stopped at the Tippecanoe Battlefield, site of an Indian fight in 1811.

When Tecumseh and his brother, the Prophet, organized Indians from various tribes to unite in defense against the whites, the American settlers got nervous. Governor of Indiana Territory, General William Henry Harrison raised an army of about 1,000 men and set out to destroy the Indian town. They camped nearby on November 6, and the Indians attacked that night. After a bloody battle, the Indians were driven off. Harrison and his army destroyed the Indian town and eliminated the threat. 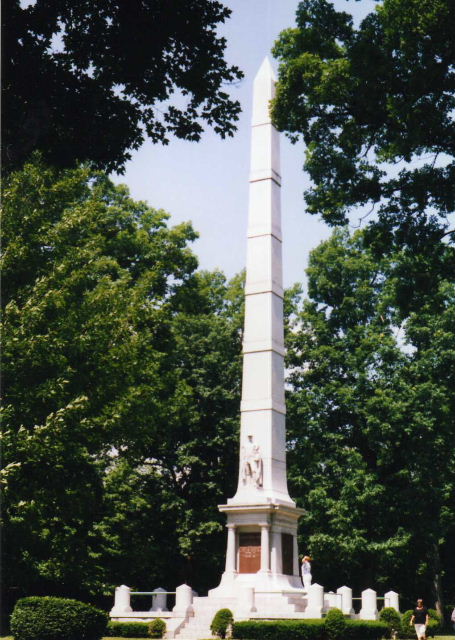 In the small, unimpressive visitor center, we watched a light map show of the battle and looked at the few displays. The battlefield itself was about eight acres of open park with scattered old trees (some of which were there during the battle). There was a large monument to Harrison and smaller markers for soldiers who died in the battle. My family sat on the steps of the monument while I wandered around for 10 minutes or so taking photos.