To Switzerland We Go

We headed south toward the Swiss border, an hour and a half away. We drove on the autobahn, which included many stretches where drivers can go as fast as they want. This is the “no speed limit” sign. 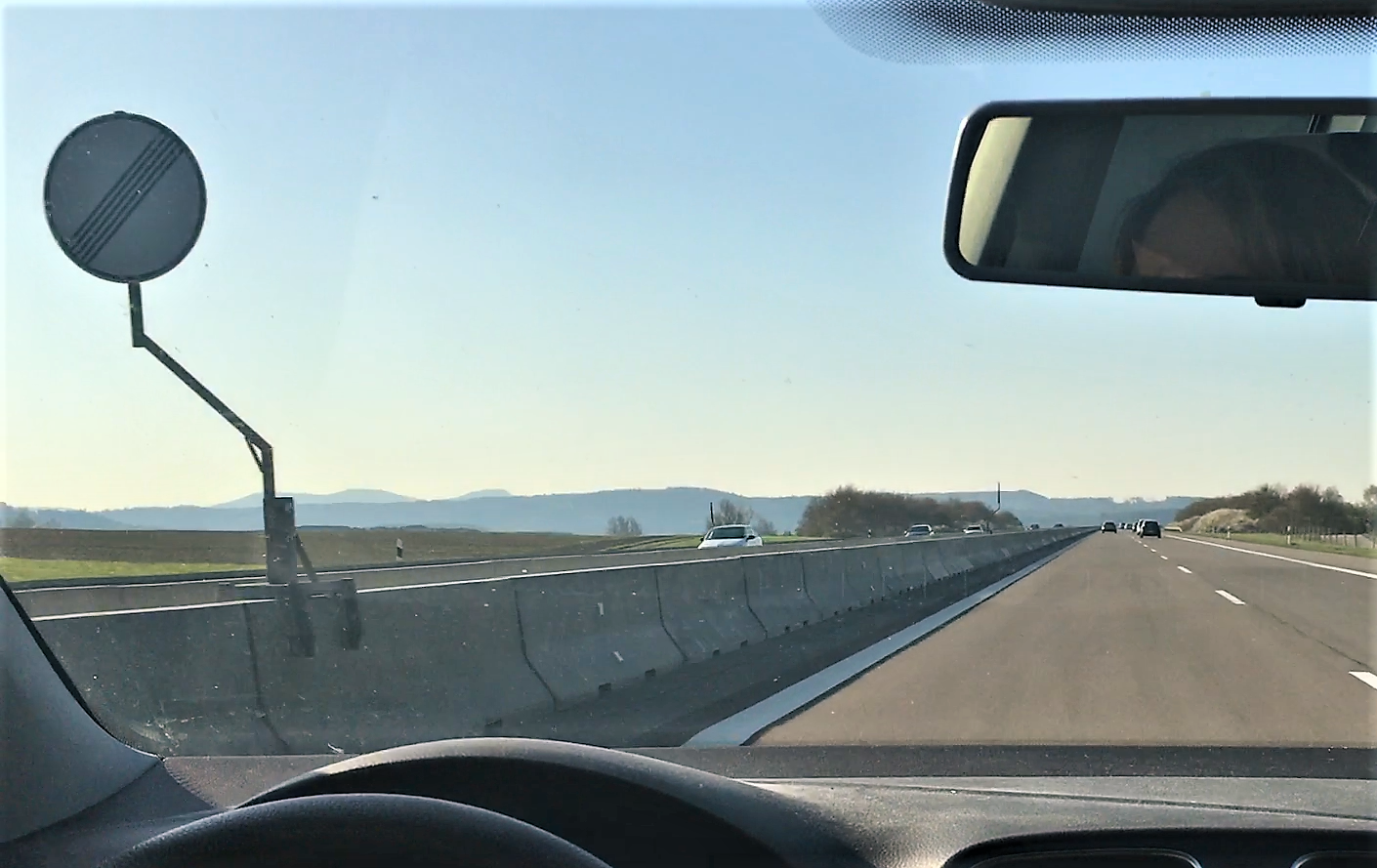 I’m not a big fan, at least from the taste of it I got in Germany. On long, empty stretches, yes—like I-70 through eastern Utah. But in Germany, there were towns, tunnels, and other reasons for speed limits every couple miles. We’d hit one of the no-limit stretches and get flying and then, a minute later, everyone was braking. And while my daughter kept her car under 100 mph, there were other drivers who definitely didn’t. On many of the no-limit stretches, there was too much traffic and too great a contrast between the fastest and slowest speeds for drivers to have any reasonable chance to avoid disaster if anything happened.

Speaking of tunnels. They were everywhere. We must have gone through at least 30 in Germany and Switzerland during the day. Some were a couple miles long. In Europe, they tunnel through hills that in the U.S. would just be blasted into a trench. There were even a couple places where it don’t look like there was more than four or five feet of land above the tunnel.

My first impression of Switzerland wasn’t a great one. We didn’t have to stop at the border, but we did have to pull into a gas station right afterwards so my daughter could buy a sticker for her car that registered her in the country. There was a long line for the single outside bathroom. The facilities were only for customers, so technically you’d have to go inside and ask the attendant for the key. But since there was a line, each person would simply hand the key to the next person in line. Until the woman who used it before us. She refused to hand over the key and made some sort of statement that I interpreted to mean that the bathroom was only for customers. Maybe she was upset that she had to wait in line behind people she didn’t feel were worthy. Anyway, she made a big show of taking the key inside. None of the people behind me were speaking English, but I could tell they thought the woman was an idiot. My daughter followed her inside, got the key as soon as she’d handed it over to the guy, and came back out. We then resumed the normal, human behavior of handing the key to the next person in line.

We drove through Zurich, although I didn’t see much of it. European highways, when they aren’t in tunnels, are often lined with fences, hedges, or grass-covered banks. What I could see looked like a typical city. Not long after we cleared the city, we saw the Alps. We drove up through a pass and then down into Interlaken and along Lake Thun. You can get some idea of the beauty from the video I took above, but the back seat of a Volkswagen is not the ideal filming platform from which to capture the scenery.

We parked in downtown Thun and walked along the Aare River to where it empties into the lake. 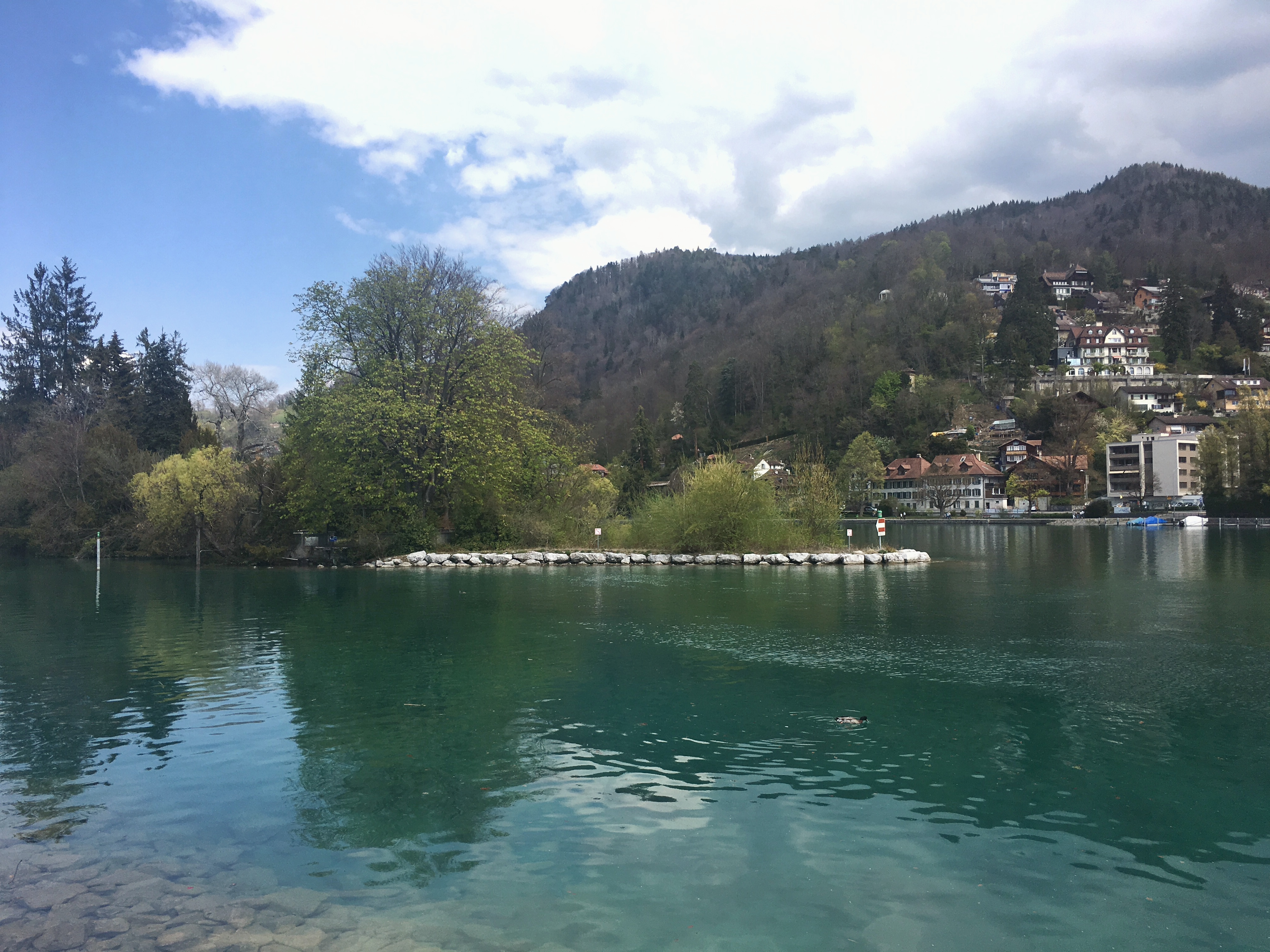 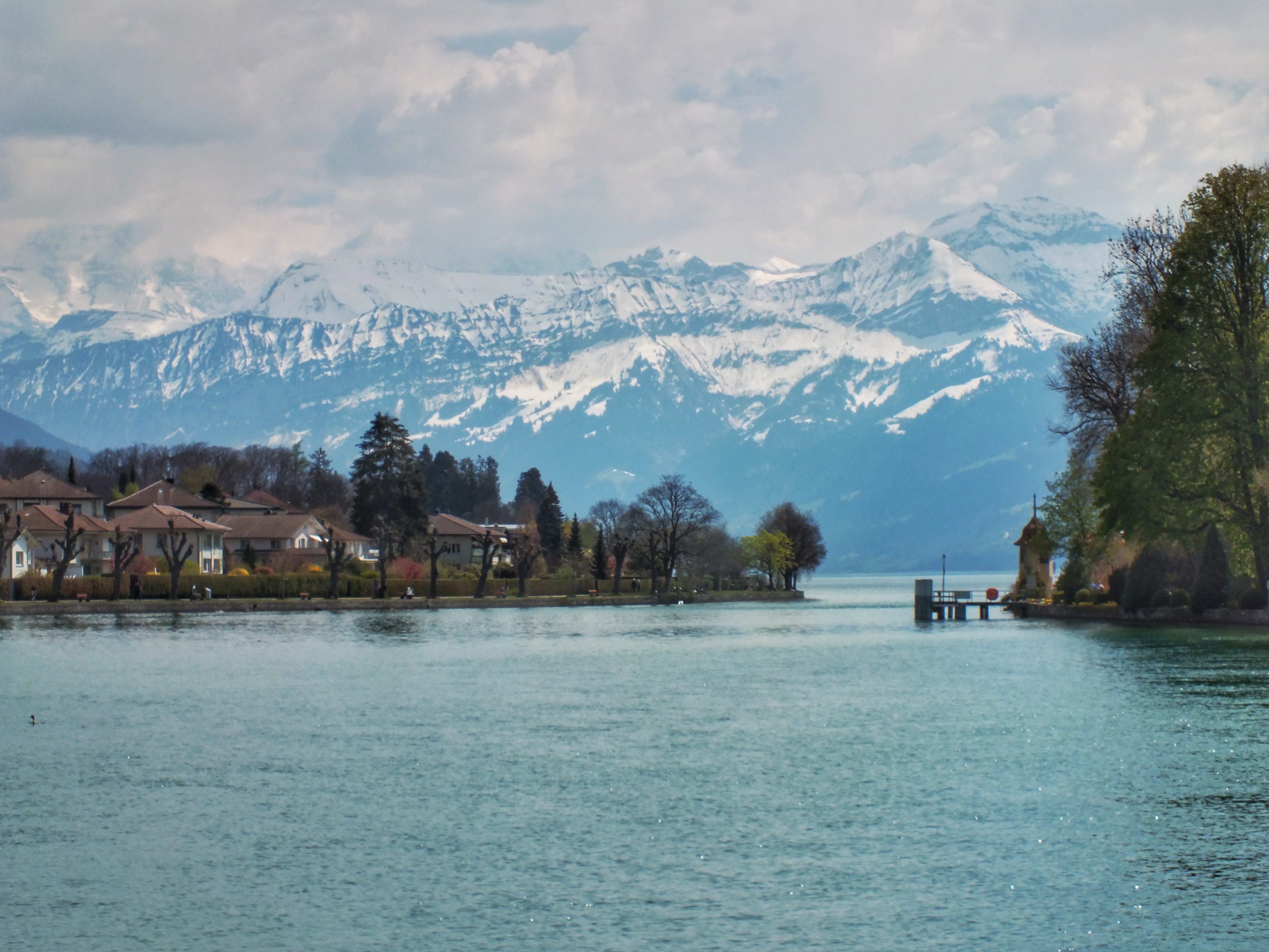 There’s a park at the point, with an old church and a castle. The church is the Scherzligen Reformed Church. I tried to find some information on it online, but could only find this: “2012 marks the church’s 1,250th anniversary. This simple church is a popular wedding venue. The nave with its Romanesque walls hugs the excessively constructed Gothic choir, which almost seems to supplant the tower from an earlier period. This gradation lends an impressive note to the building’s construction. The church is one of the twelve Millennial Lake Thun Churches. An earlier church built on the site is mentioned in an 8th-century document. Until the Reformation, it was a pilgrimage church for Marian devotion. The interior is decorated with wall paintings of national importance from the 13th to the 16th centuries.” And that leaves me with more questions than answers. For instance, is the actual building 1,250 years old, or just the congregation? Being from the U.S., I’m not used to seeing things that are more than 1,000 years old. 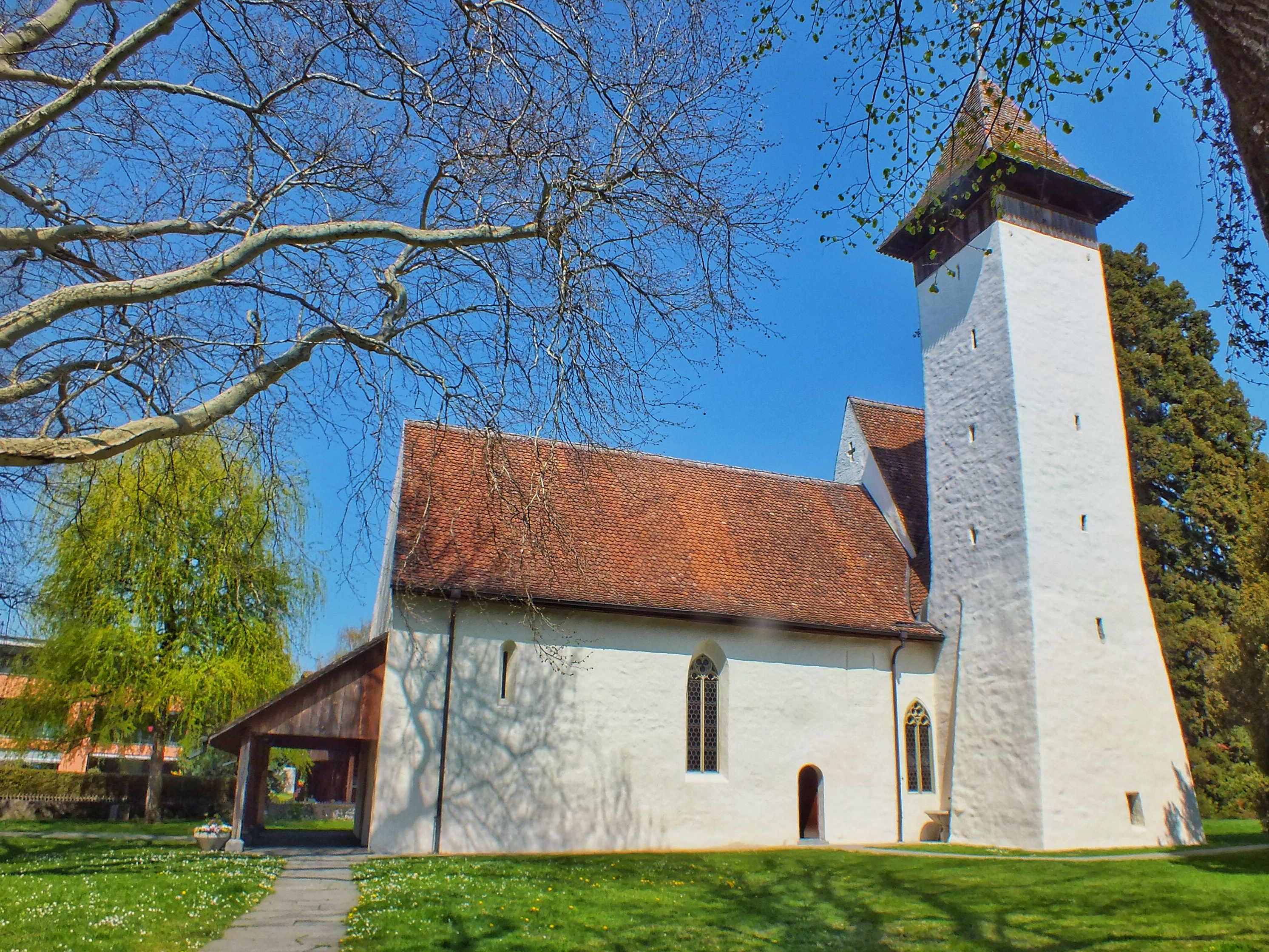 Schloss Schadau (Schadau Castle) was built in 1854 for a banker. I’m not sure I’d want to give my money to a guy who was able to buy a place like this. The building was closed for renovations when we were there. It currently houses a restaurant and the Swiss Gastronomy Museum. 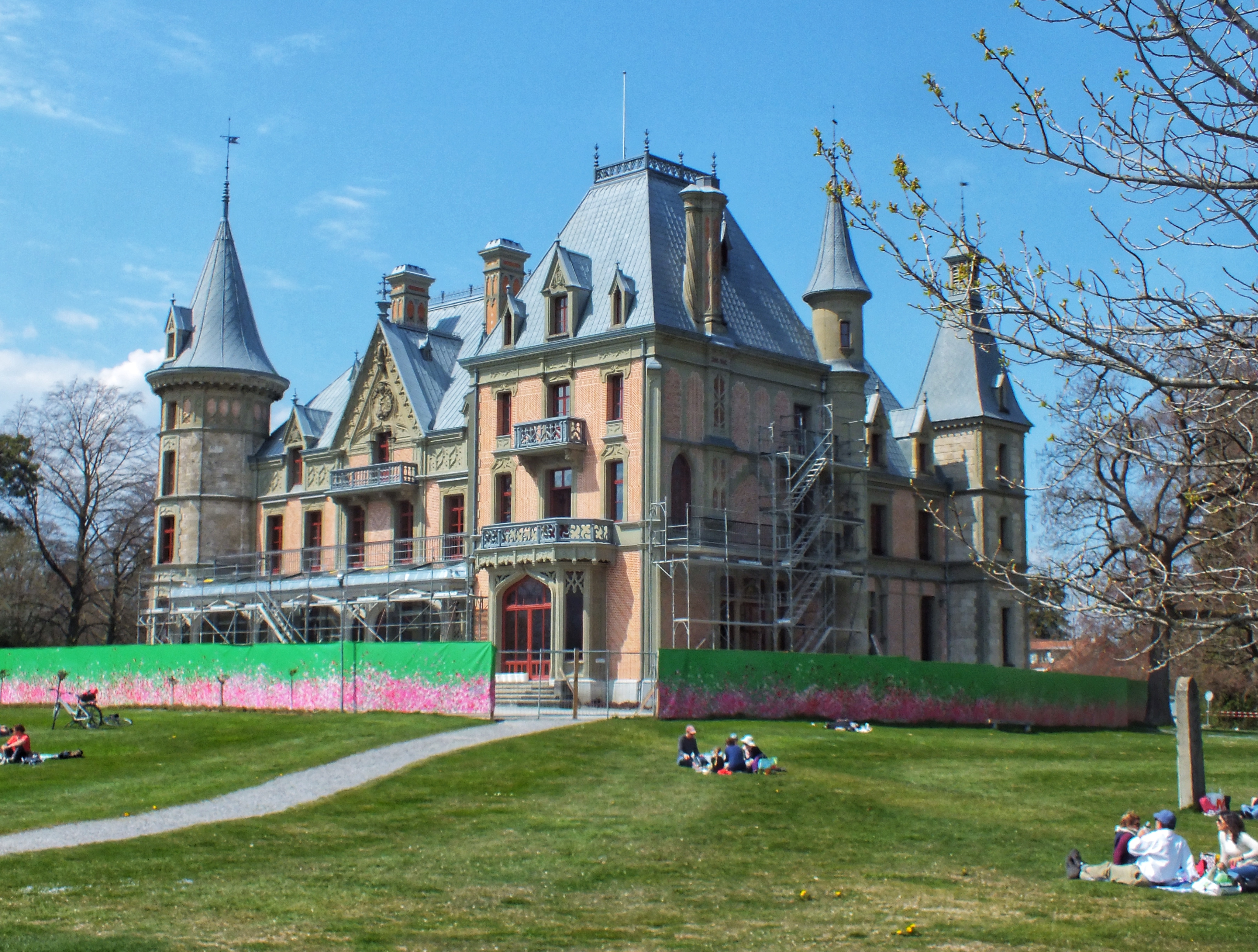 This is the view from the front of the castle (minus the green and pink fence and the picnickers). 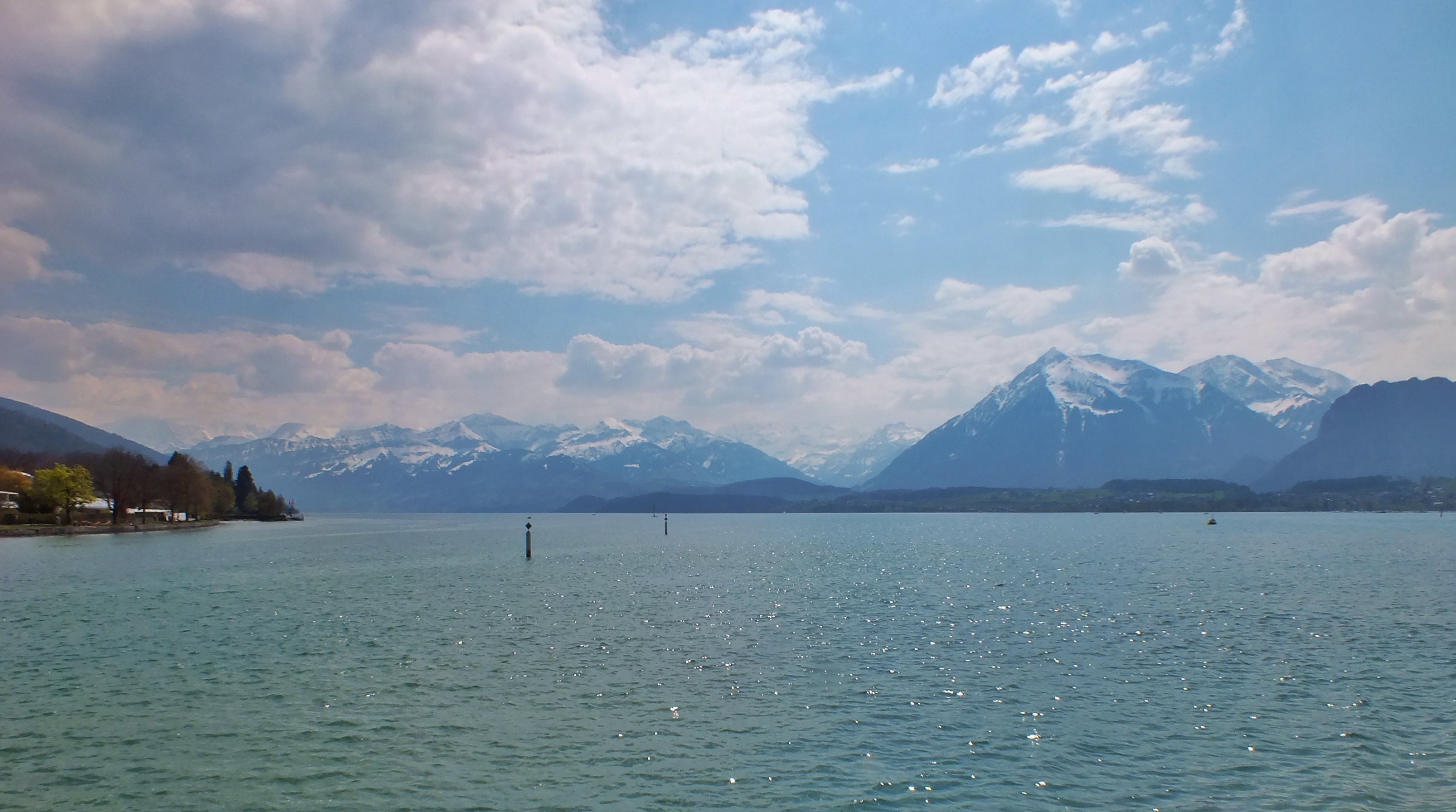 More shots of Lake Thun and the Alps. 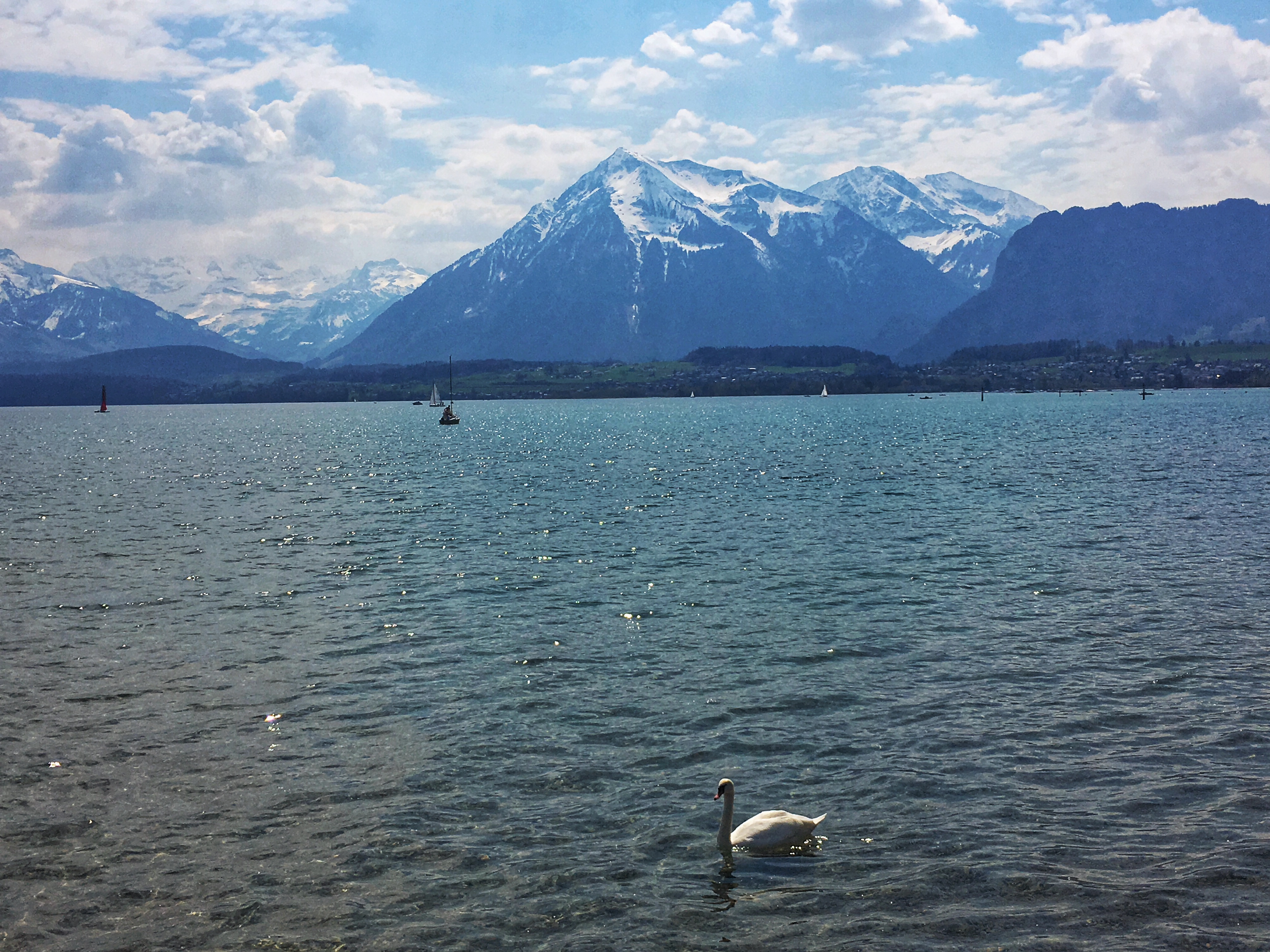 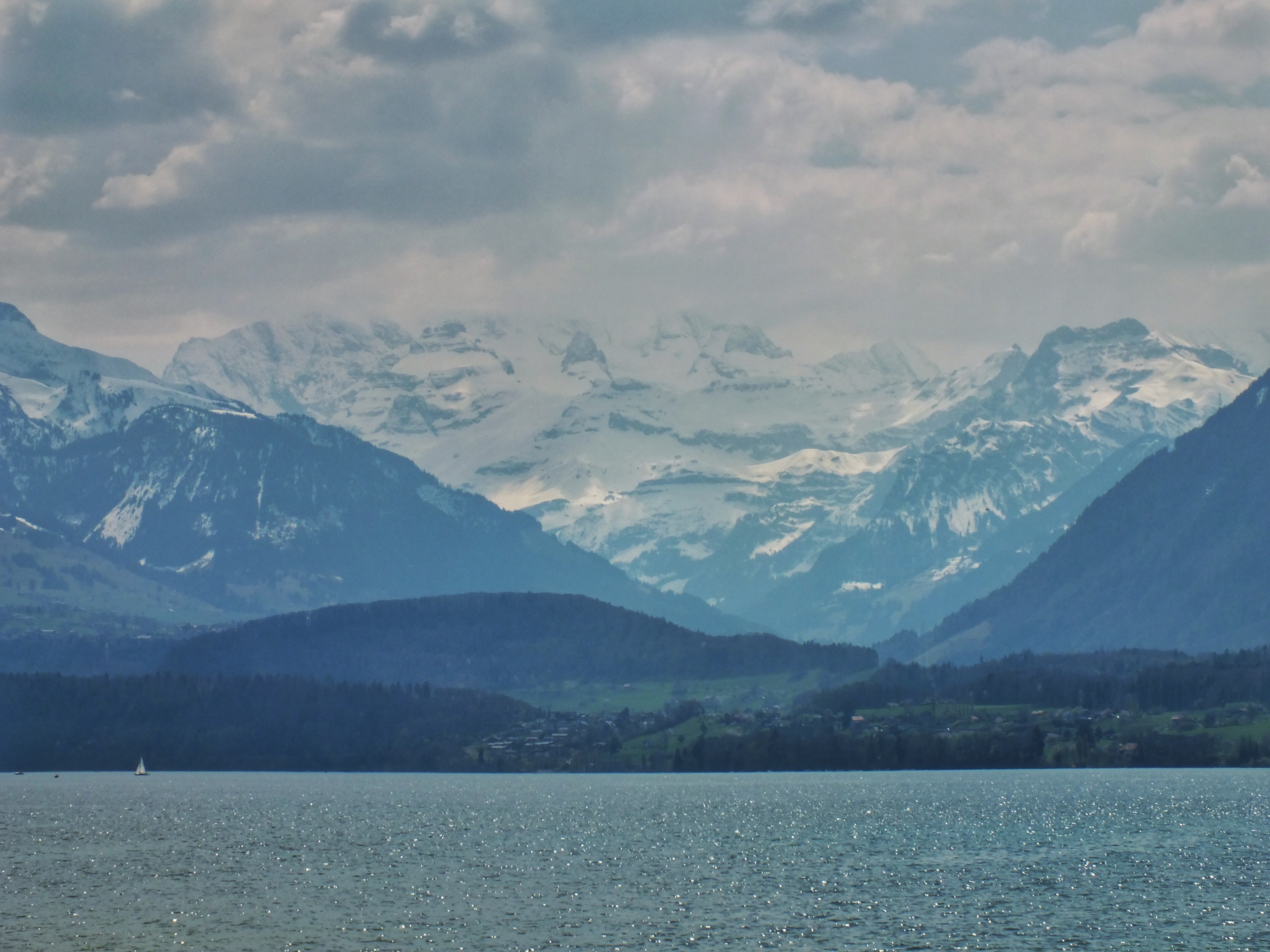 On the way back to the car, we stopped in what we thought was a cafe to get something to tide us over until supper. They only had wrapped pastries, but they accomplished what we needed them to accomplish. We were soon on our way to the Lauterbrunnen Valley.

This entry was posted in Historic Buildings, Road Trips, Scenery. Bookmark the permalink.