We were first at the house in 1982. Since then, the house has been totally renovated and several houses in the neighborhood have been reconstructed to look as they did in the mid-1800’s. An old woman met us on the porch and, after pointing out Grant’s church across the river, ushered us inside. She started the tour, but when another old woman (named Rita) came by, she passed the tour on to her. Rita started talking at full speed, and I found her very hard to understand. This wasn’t helped by the fact that she stared at the floor as she spoke. She only did this for a little while though, perhaps until she discovered that we actually had a clue about Grant. After that, she actually looked at us — but wasn’t a lot easier to understand. 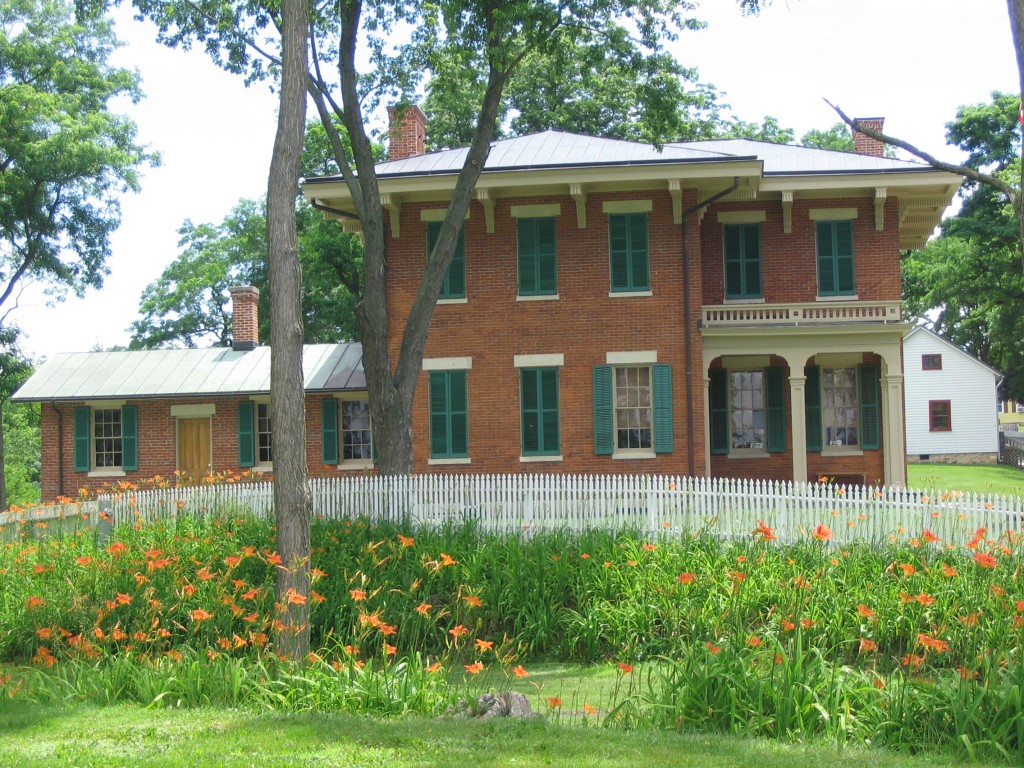 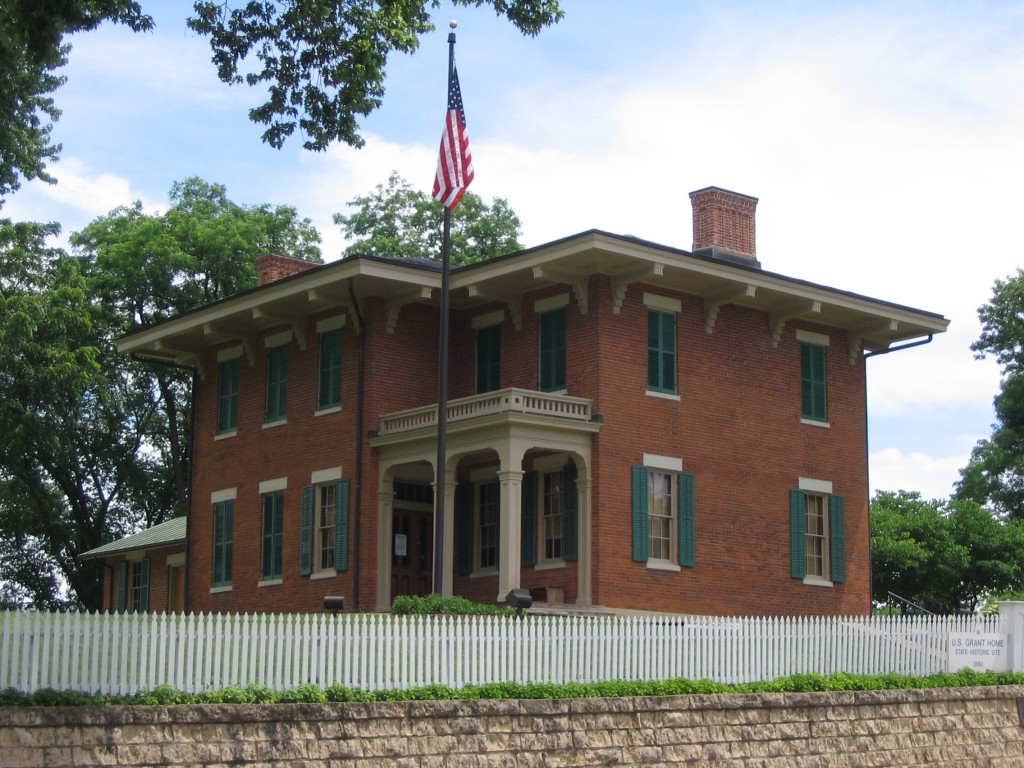 The house was built in 1860. It was given to Grant on August 18, 1865 by a group of Illinois Republicans. He was shortly on his way to Washington and only visited the house occasionally. In 1904, after the death of Grant’s wife, Julia, their children gave the house to Galena. Galena turned it over to the state of Illinois in 1931. The woodwork is original, but the windows, walls and carpets have been replaced. Much of the furniture and other items belonged to the Grants. 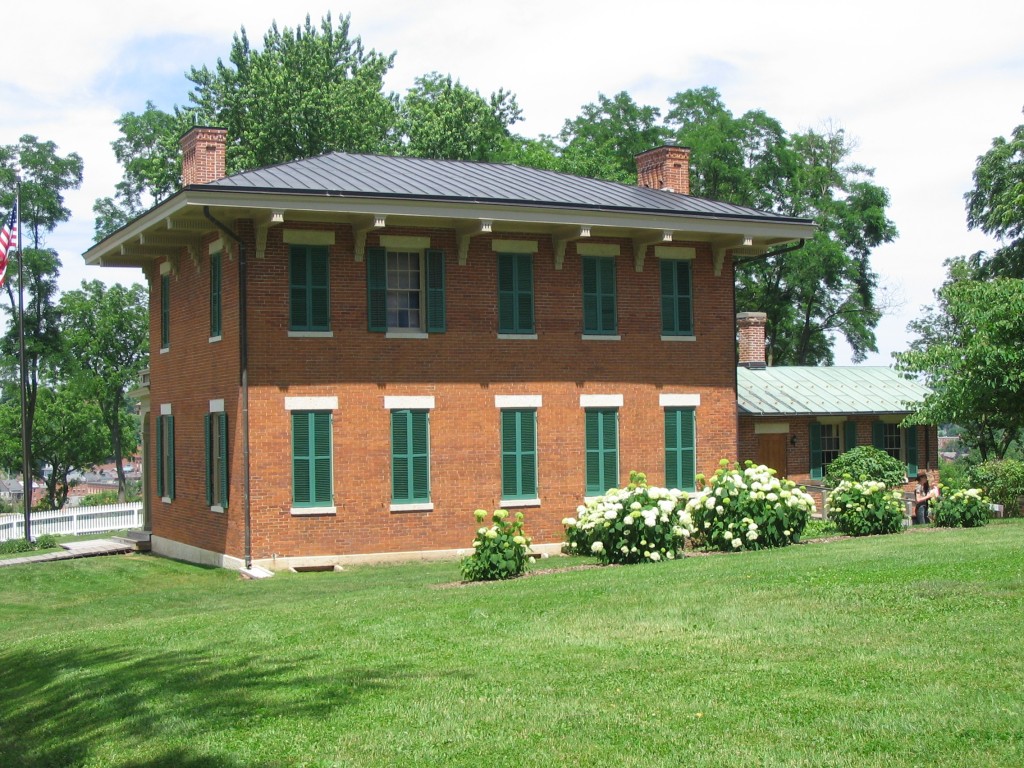 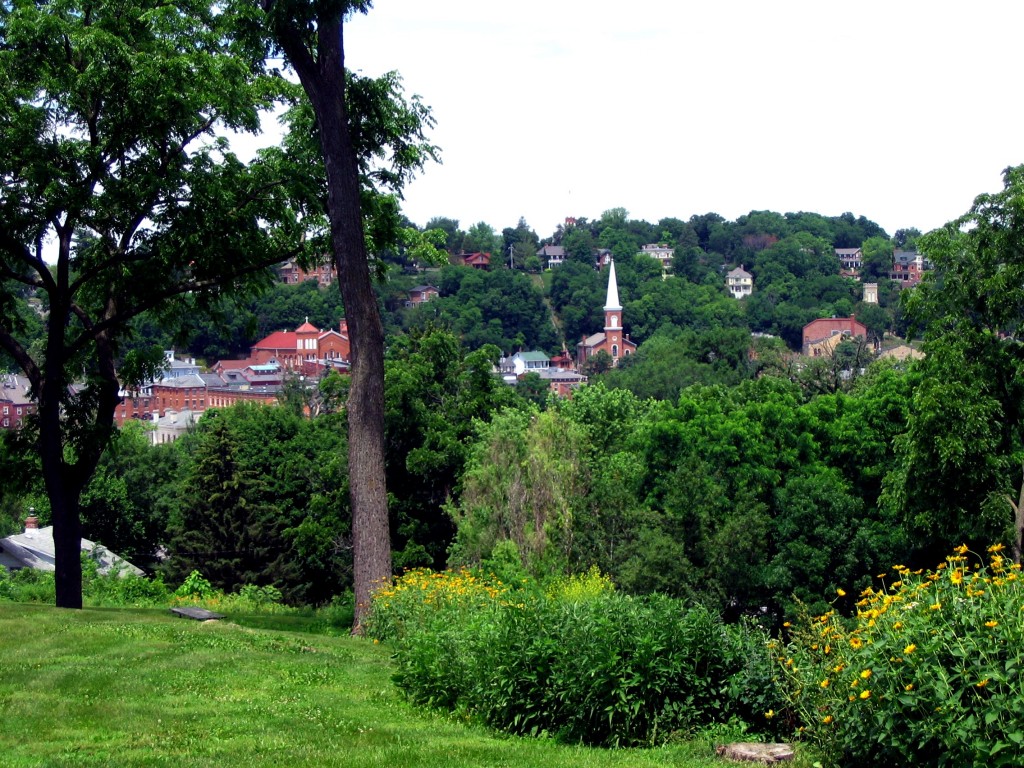 On the left: Grant’s parlor. 90% of the furnishings are original. On the right: The library with Grant’s favorite chair. 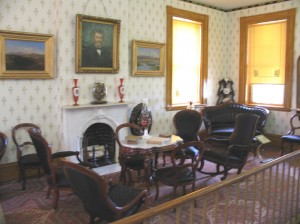 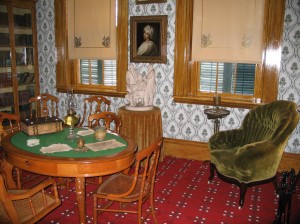 On the left: The dining room with Julia Grant’s White House dishes. On the right: Grant’s daughter Nellie’s bedroom. 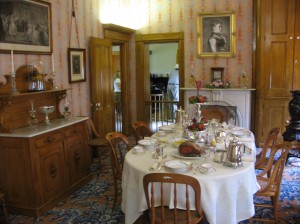 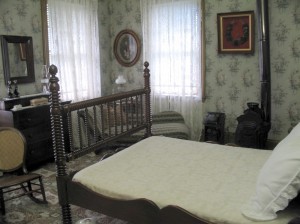 Ulysses’ and Julia’s bedroom. Not far from the house, in Grant Park on the shore of the river, there is a statue of Grant. 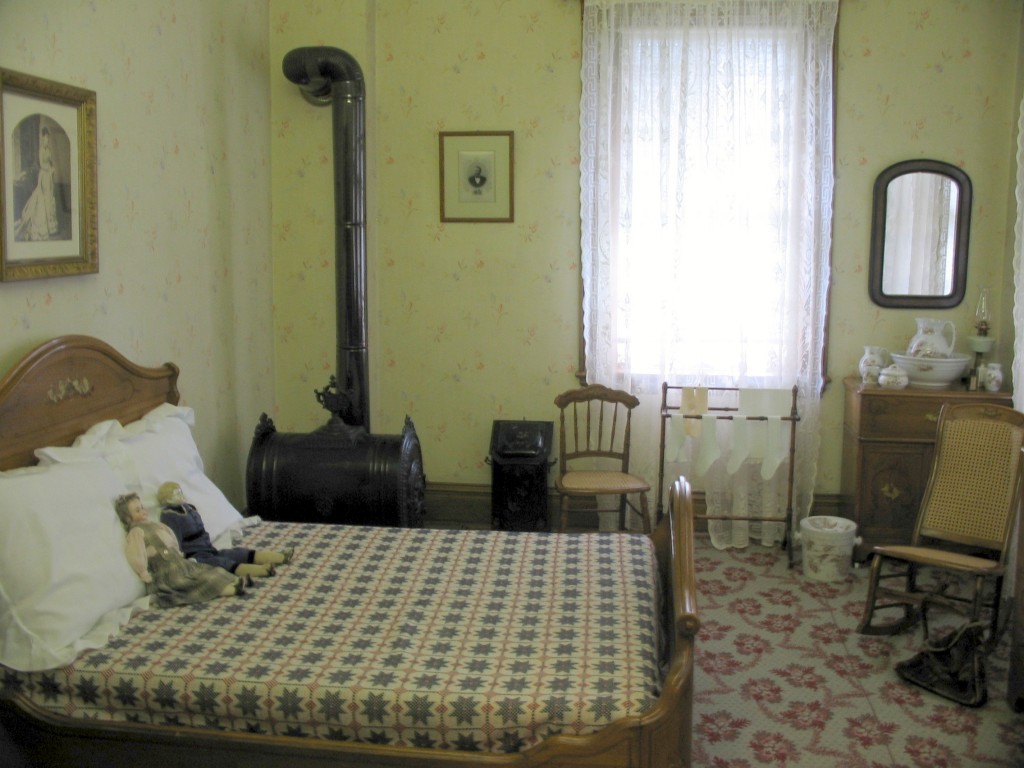