The conference ended mid-afternoon on Thursday, so I dashed to this nearby park which, I had been told, was good for birds.

There were a lot of birds around — as long as you’re satisfied with Black-headed Grosbeaks and Spotted Towhees. At least 70% of the birds I saw were one of these two species. There were so many of them around, they had to take turns singing.

Here’s a closer look at a Spotted Towhee. 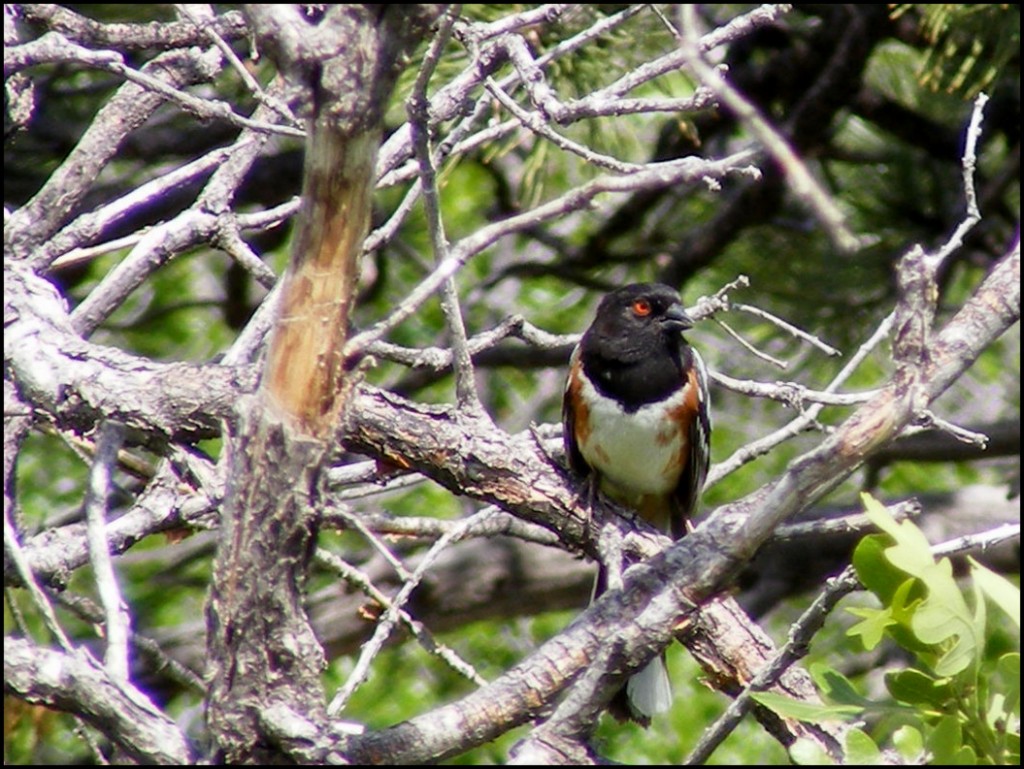 When I was down in the valley, I felt like I was in the wild — there were the ubiquitous rattlesnake warning signs — but when I hiked up the ridge, I was reminded that I was in the middle of residential sprawl. 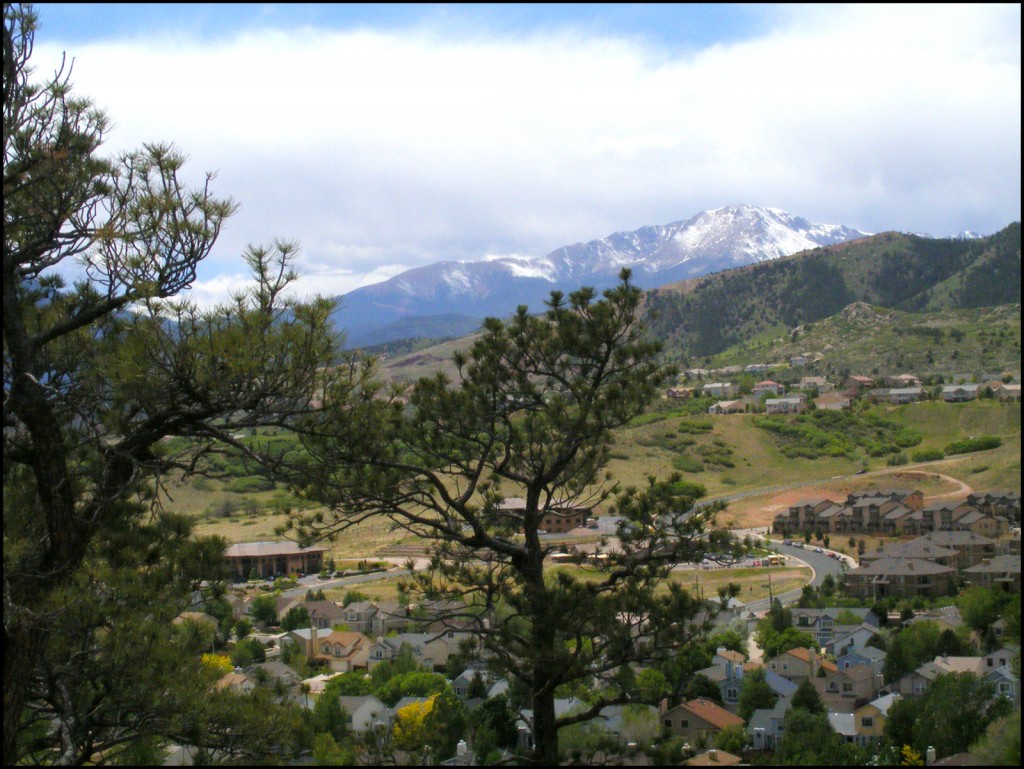 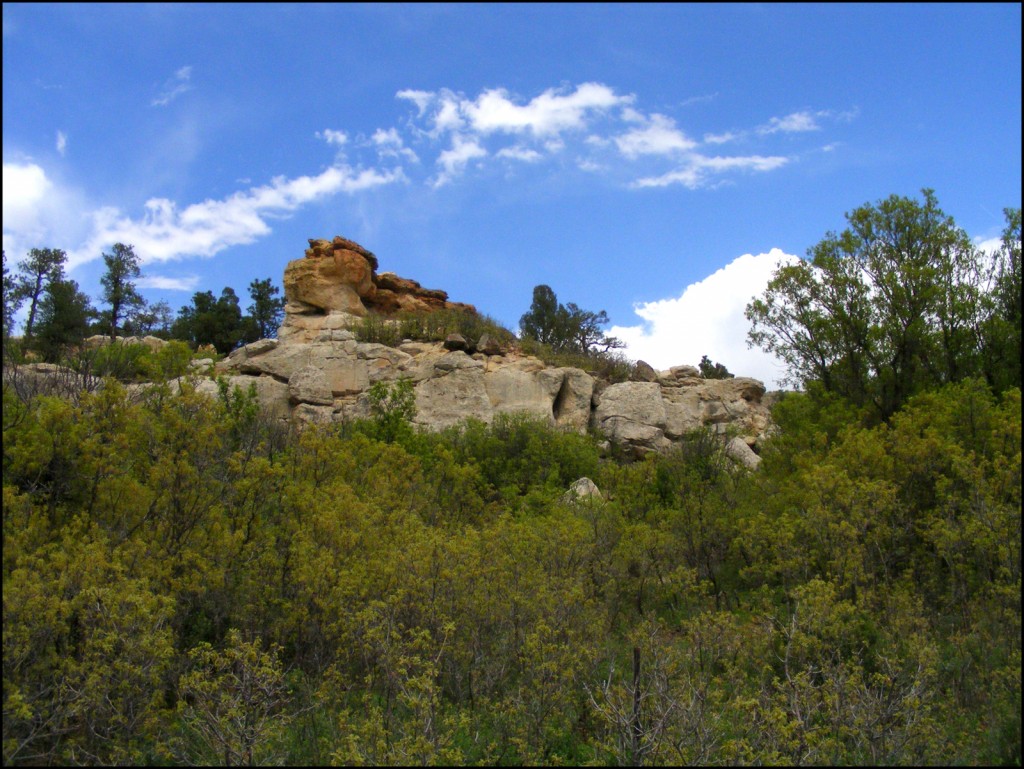 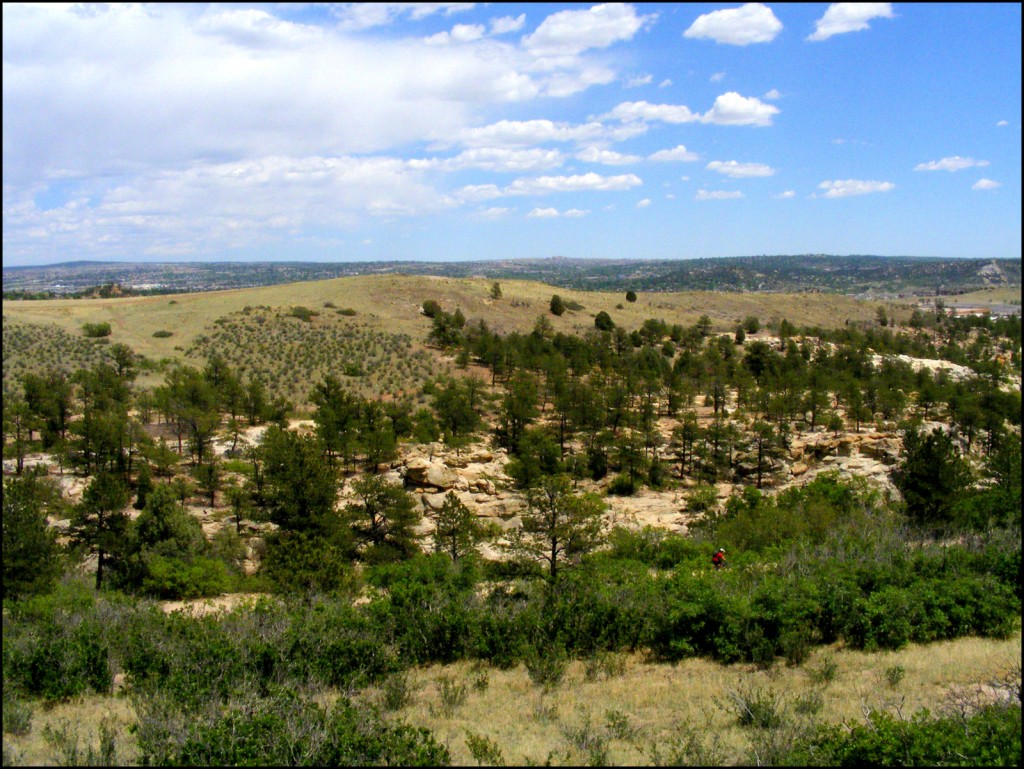 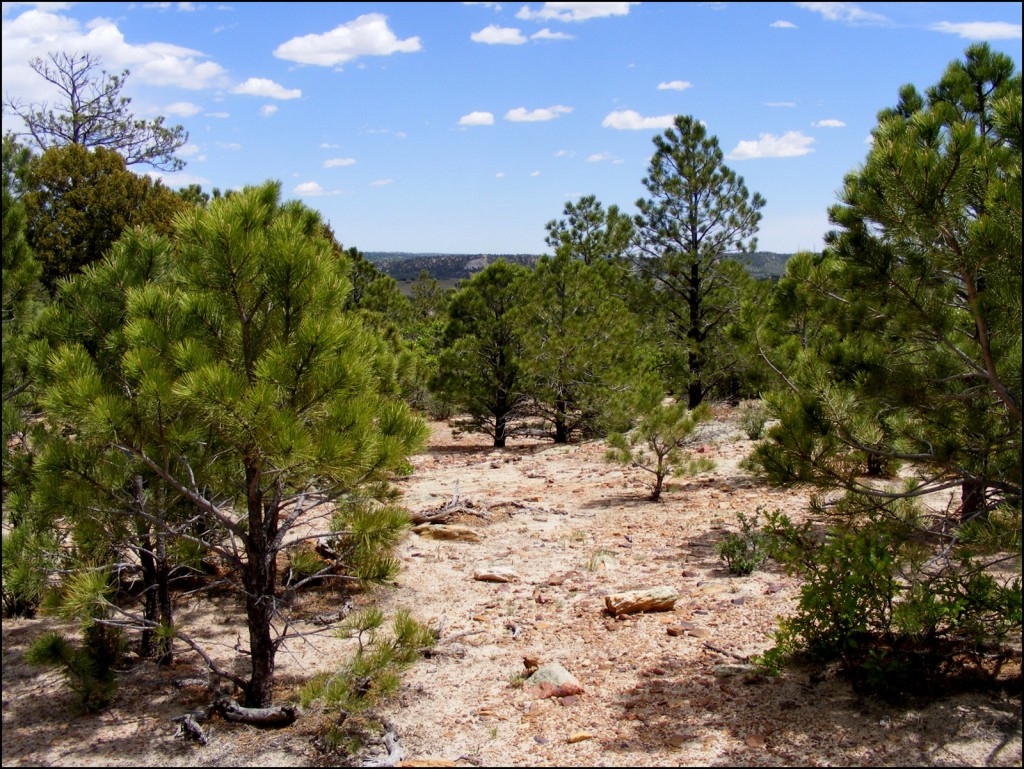 When I hiked back down the ridge, I took a different trail that I thought would lead me back to the parking lot. I soon found myself in the midst of a tangle that had all the attributes of a maze. 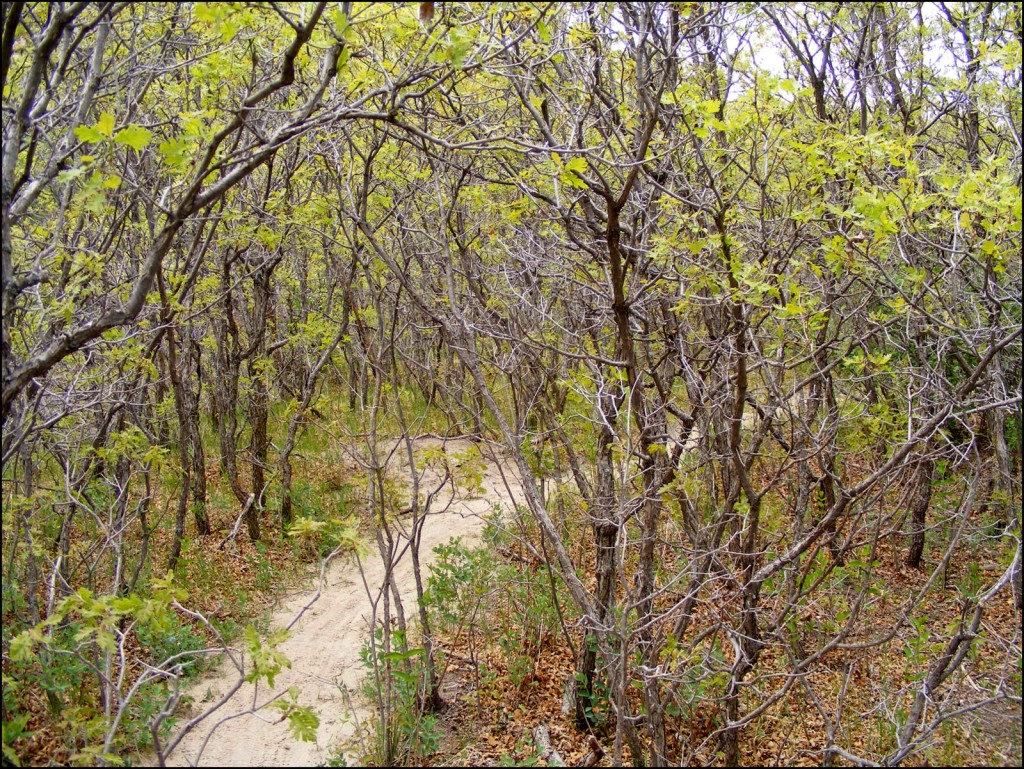 I ended up at the bottom of the valley along a tiny creek. I had to scramble over boulders and through patches of poison ivy (still not allergic). I kept thinking, “Now, if I were a rattlesnake …” 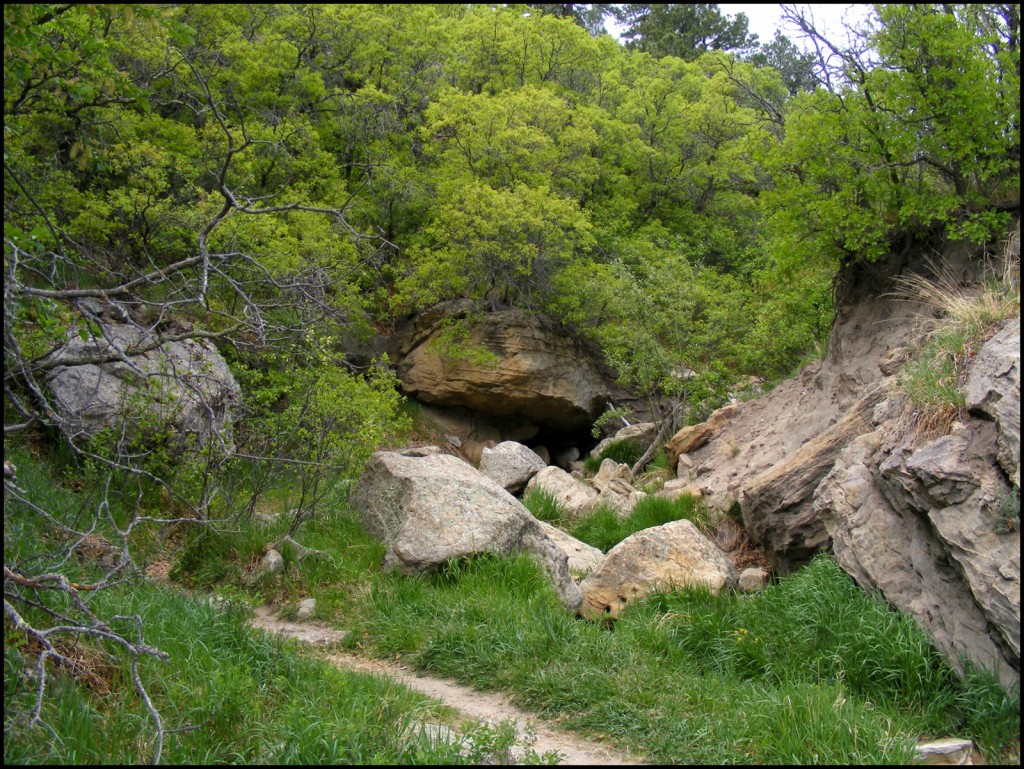 I made it back to my car alive but disappointed. I had anticipated 10 or 12 lifers on this trip, with the possibility of as many as 29 (in the best of all possible worlds), but I was stuck on seven. I did see Rufous-crowned Sparrows and a Pygmy Nuthatch (below), and even the Spotted Towhees and Black-headed Grosbeaks can only be seen out west. 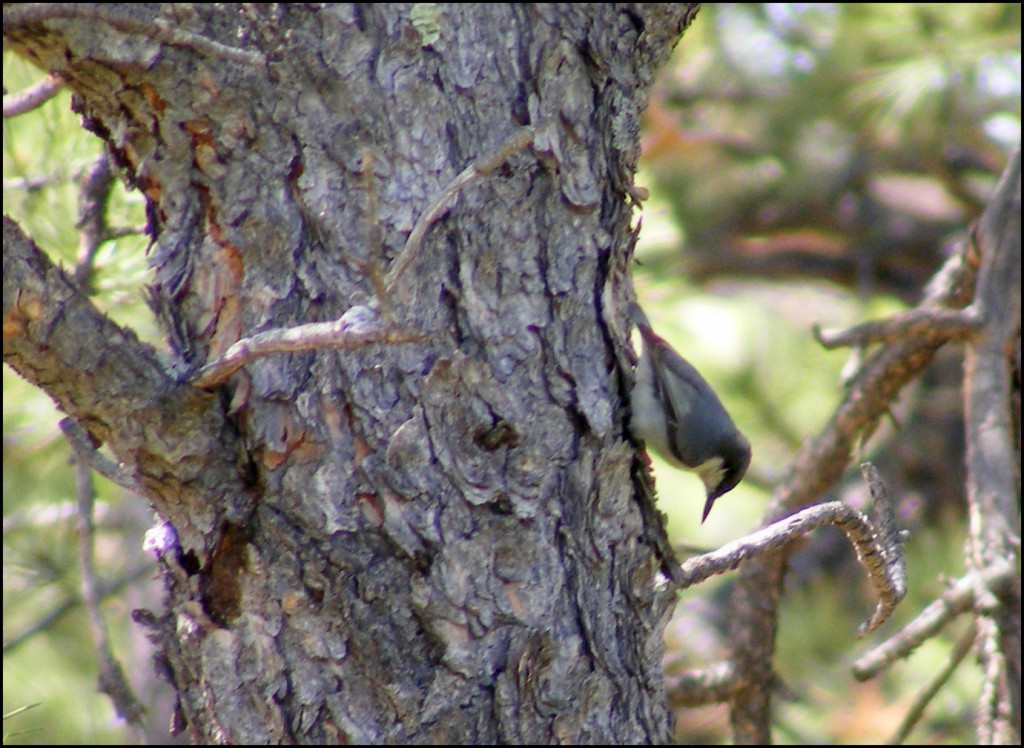