Last March, a coworker sent me a link to a Chicago Tribune article on National Corn Dog Day (March 20). The article contained this paragraph:

Gus Paschalis celebrates the corn dog at Wiener and Still Champion. Saturday will be his busiest day of the year, when he halves the price of his “Dippin Dogs” to $1.25 and watches the line snake out the door of his restaurant. He’ll sell as many as 600. “It’s our signature item,” said the owner, who won’t reveal his secret recipe. “We developed the corn batter ourselves. We use an all-beef hot dog. We fry in vegetable shortening with some beef tallow.”

That was enough for me. I tucked the information away in my mind and waited for an opportunity. As it turns out, Wiener and Still Champion is only a few blocks from Bookman’s Alley. 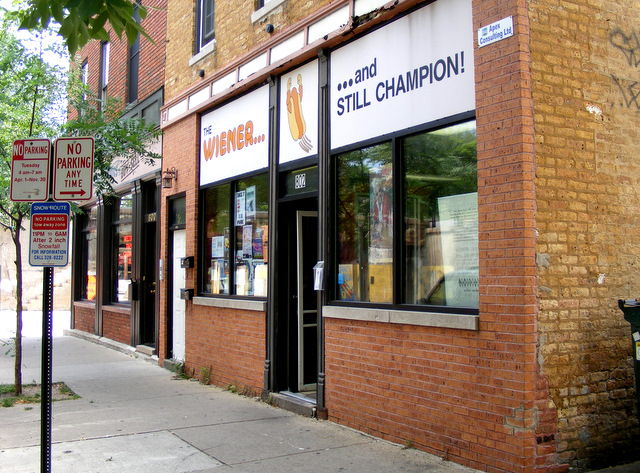 I expected huge crowds, but the place was empty except for a father and his young son eating at one of the four booths. The inside was neither the most beautiful or the cleanest place I’ve ever been. 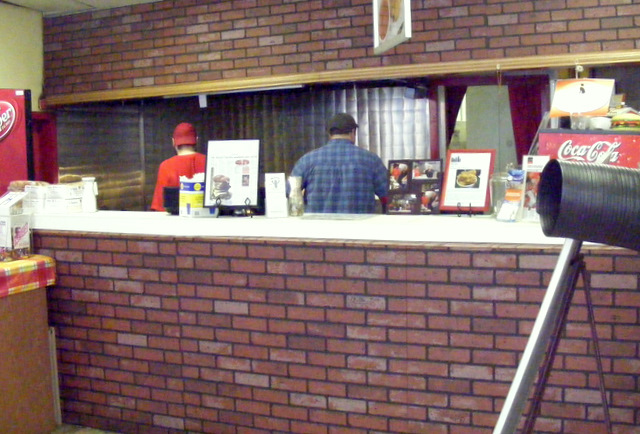 The menu offers many healthy options, such as Country Fried Bacon and the Triple Undisputed — nine beef patties (three pounds of meat) with 11 slices of cheese. We ordered three Dippin’ Dogs and two regular fries. 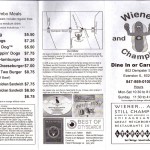 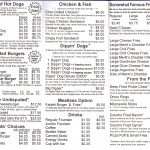 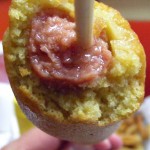 The air conditioning wasn’t performing well on a very hot day, and it took a while for our food to arrive. But it was worth the wait. 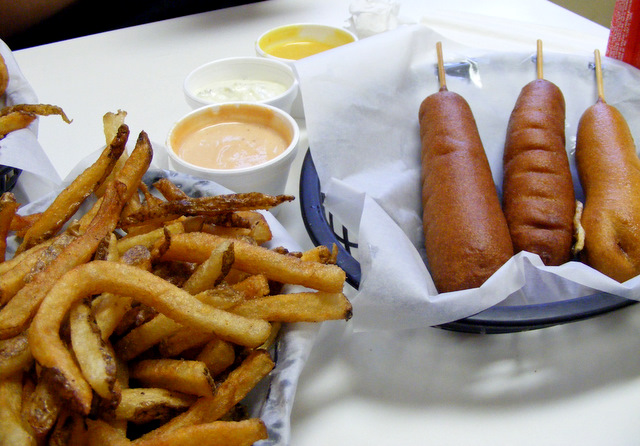 We certainly didn’t need two orders of fries — we would have had trouble finishing a single order and ended up throwing away at least half of them. They’re double fried, and they were very good. The corn dogs were also very tasty, some of the best I’ve had. The three sauces we ordered were (front to back in the above photo) Texas Ranch, Argentine Garlic and Herbs, and Honey Mustard. The Honey Mustard was best on the corn dogs, but the other two were amazing on the fries.

Everything was so good, and so bad for us, that I have to say I’m glad this place isn’t anywhere near where we live.

1 Response to Wiener and Still Champion