I rode down to Cincinnati with several friends to see a Reds’ game. We arrived shortly after noon. Three of us toured William Howard Taft’s house in the afternoon. 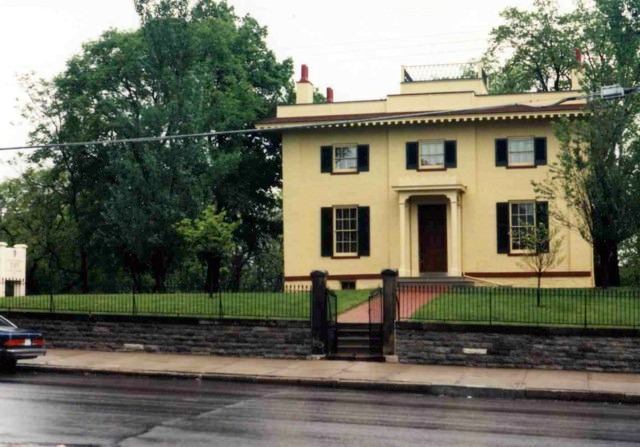 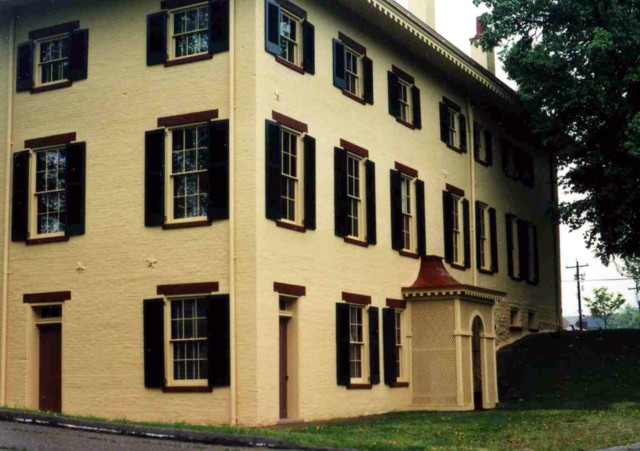 The house is located on Mount Auburn, above the downtown area, and we had to pass through a pretty ratty neighborhood to get there. 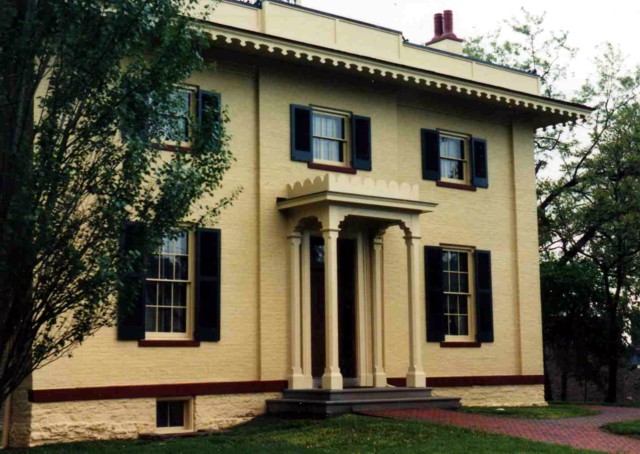 The guy who greeted us at the door was very nice, but the guy who guided us through the house didn’t know squat and most of his presentation was next to incoherent. He was amazed that we knew anything about Taft, especially when he found out we didn’t learn what we knew in school. He explained that he was working there to learn, which was fine for him but didn’t do us much good. He also spent several minutes telling us to say “Hi” to a friend of his who pitches for the Reds, as though we could just wander onto the field tonight to chat with the players.

Anyway … three rooms in the house have been restored. This is the parlor. 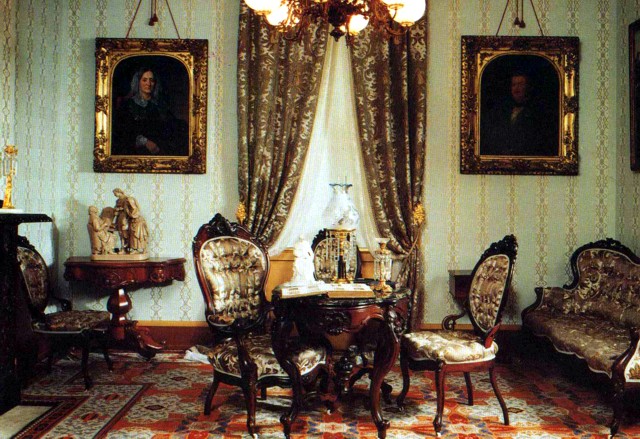 The portraits are of Sylvia and Peter Taft, the parents of William’s father, Judge Alphonso Taft (who was a big-shot in his own right, serving as Grant’s Secretary of War and Attorney General and later as minister to Austria-Hungary and Russia). 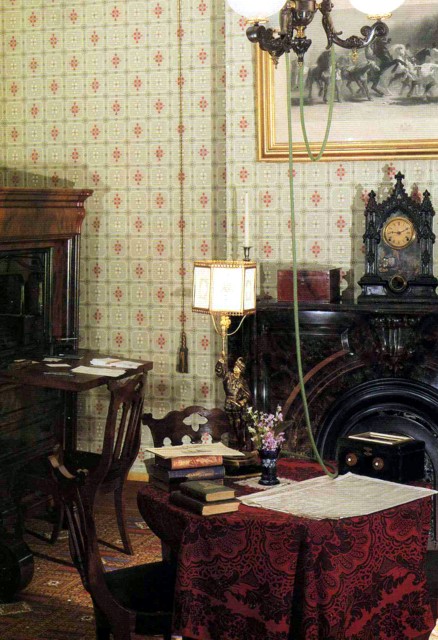 The wallpaper and carpeting has been reproduced to its probable appearance based on letters that William’s mother, Louise, wrote. The Tafts were well off and were among the first in town to have gas lighting in their house. I found it interesting to see the gas hose from the ceiling fixture to the table lamp.

The upstairs of the house was filled with a detailed display on the life and career of Taft. It was well done, and we took our time and saw it all. Taft had a meteoric rise to power, due in part to his ability, but also due to the fact that he was evidently a really nice guy — and his dad was a Republican big-shot.

When we finished the tour, we walked around outside. When Taft lived here, the yard was much larger and contained several out-buildings. Much of the area has been built up with land-fill and covered with slums. We had 20 minutes to wait until our ride showed up. It began raining hard, so we huddled on the front porch.