The news went around that the French Air Force would put on a brief air show to commemorate the 100th anniversary of the United State’s entry into World War I. The show would take place over the Air Force Academy, which is just west of CBS. 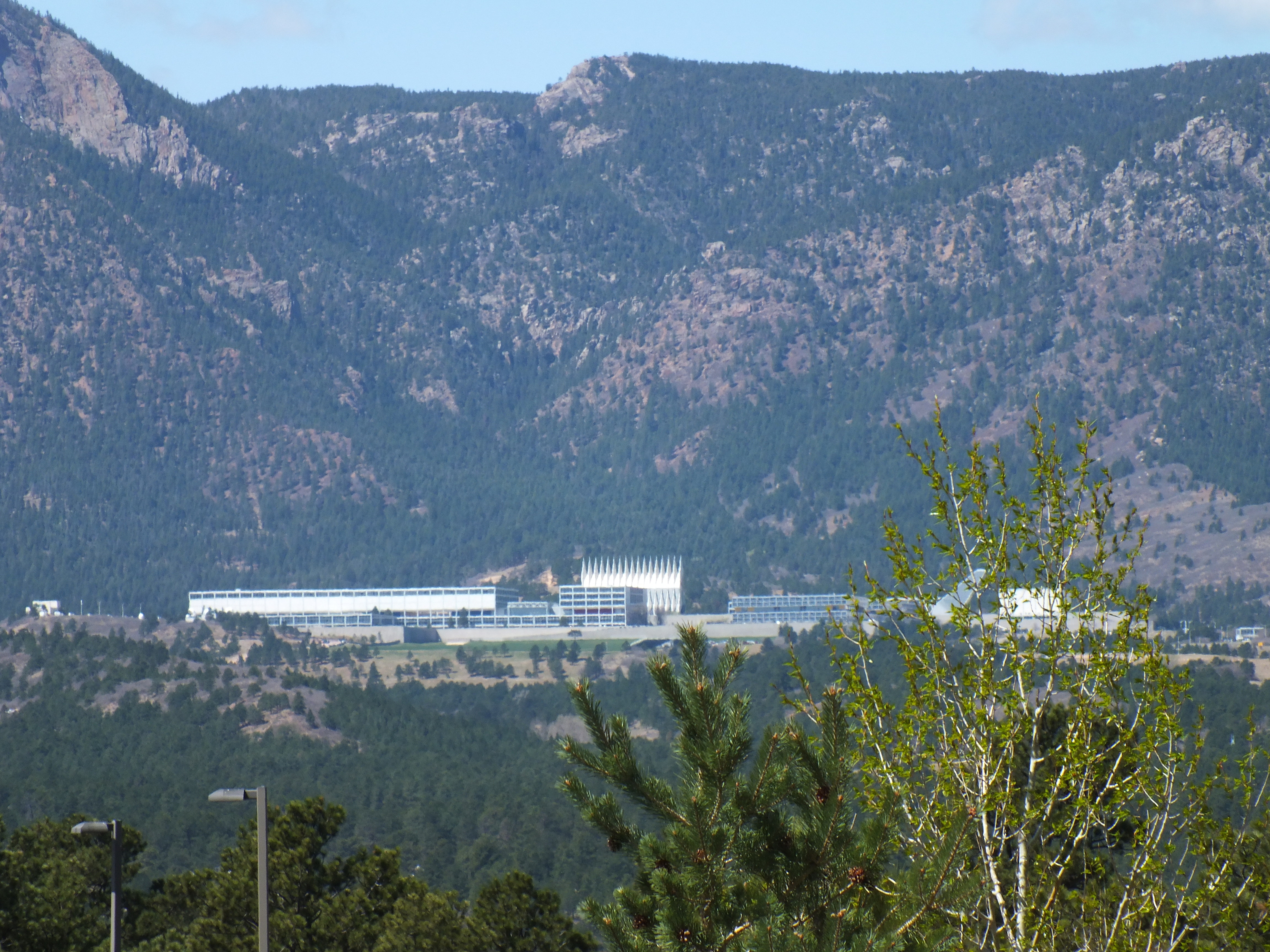 My drive to work at 7:30 in the morning was complicated by the long line of cars waiting to get onto the Academy grounds. The drivers were hoping to get good places from which to watch the performance. At 11:25, most of the people from work filed onto the patio. We waited. And waited.

Finally, we saw them coming. We watched expectantly as they did this:

And then we waited some more. Were they going to turn around to the north and make another pass? Were they circling behind the mountains? We they about to come over the roof our our building?

None of the above. After about 10 minutes, we went back inside. Here’s a couple screen captures from the video. 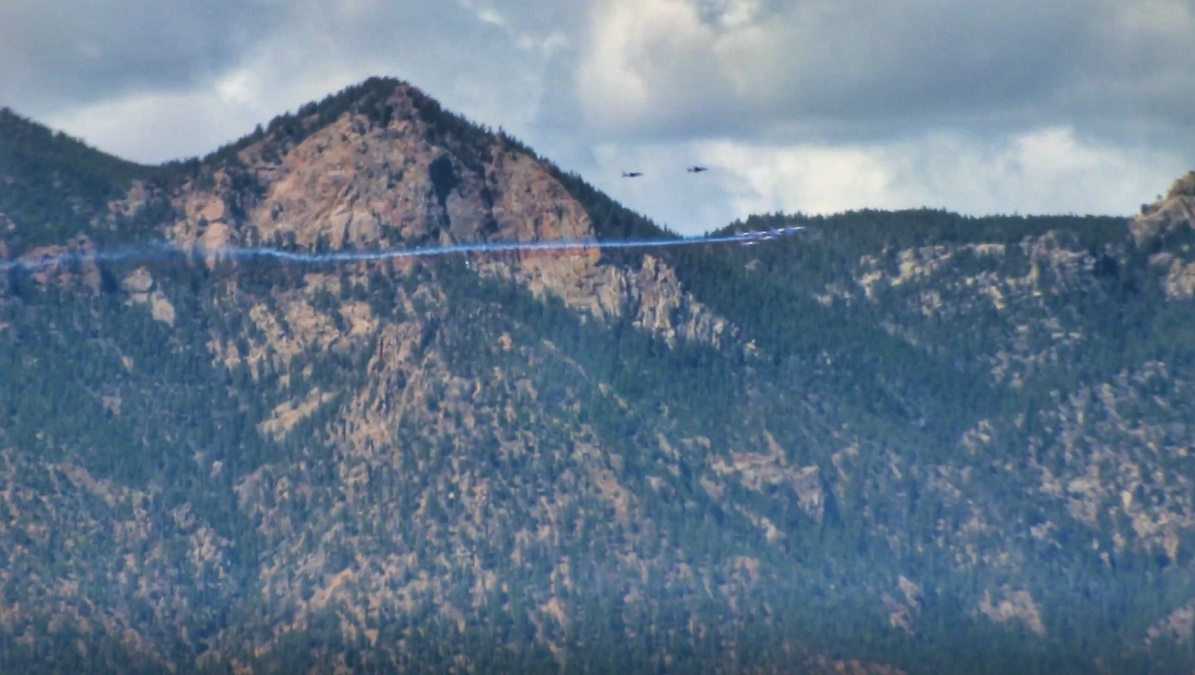 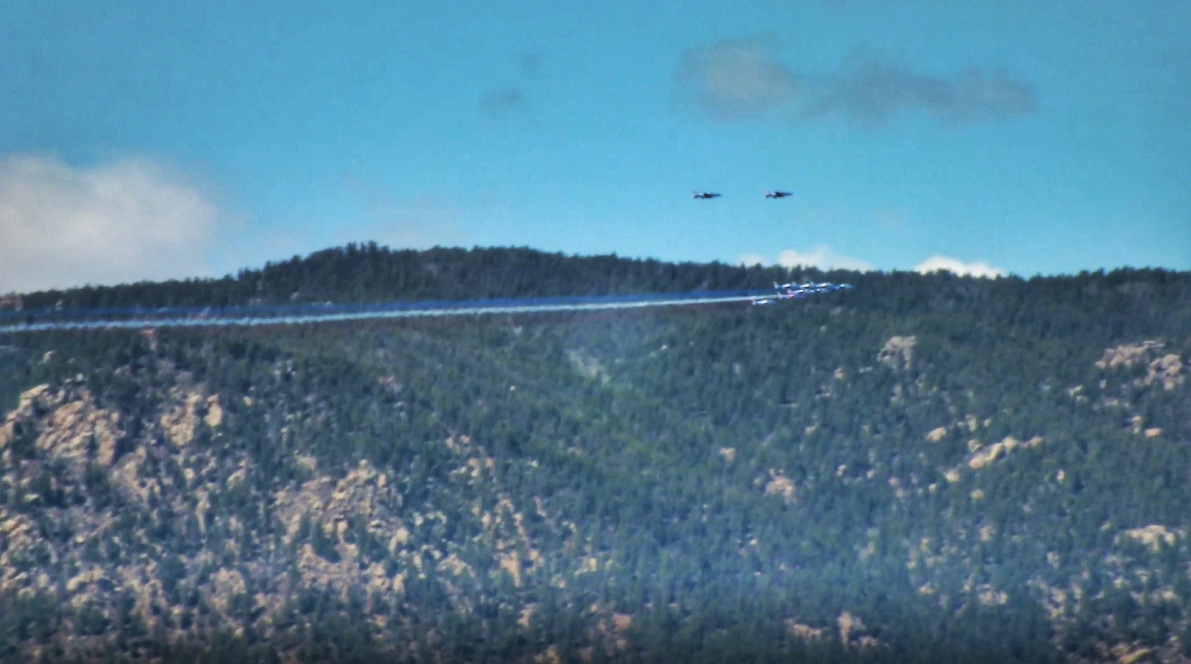 It was a very windy day. Someone surmised that it may have been too gusty near the mountains for formation flying. I don’t know. Maybe. They did say it was going to be a brief show. I’m glad I didn’t take the day off work to go wait at the Academy for four hours.