The Boeing KC-97 first flew in 1944. It was mostly used as an in-flight refueling tanker. The one at the restaurant operated from 1953 to 1976 with the Texas Air National Guard. 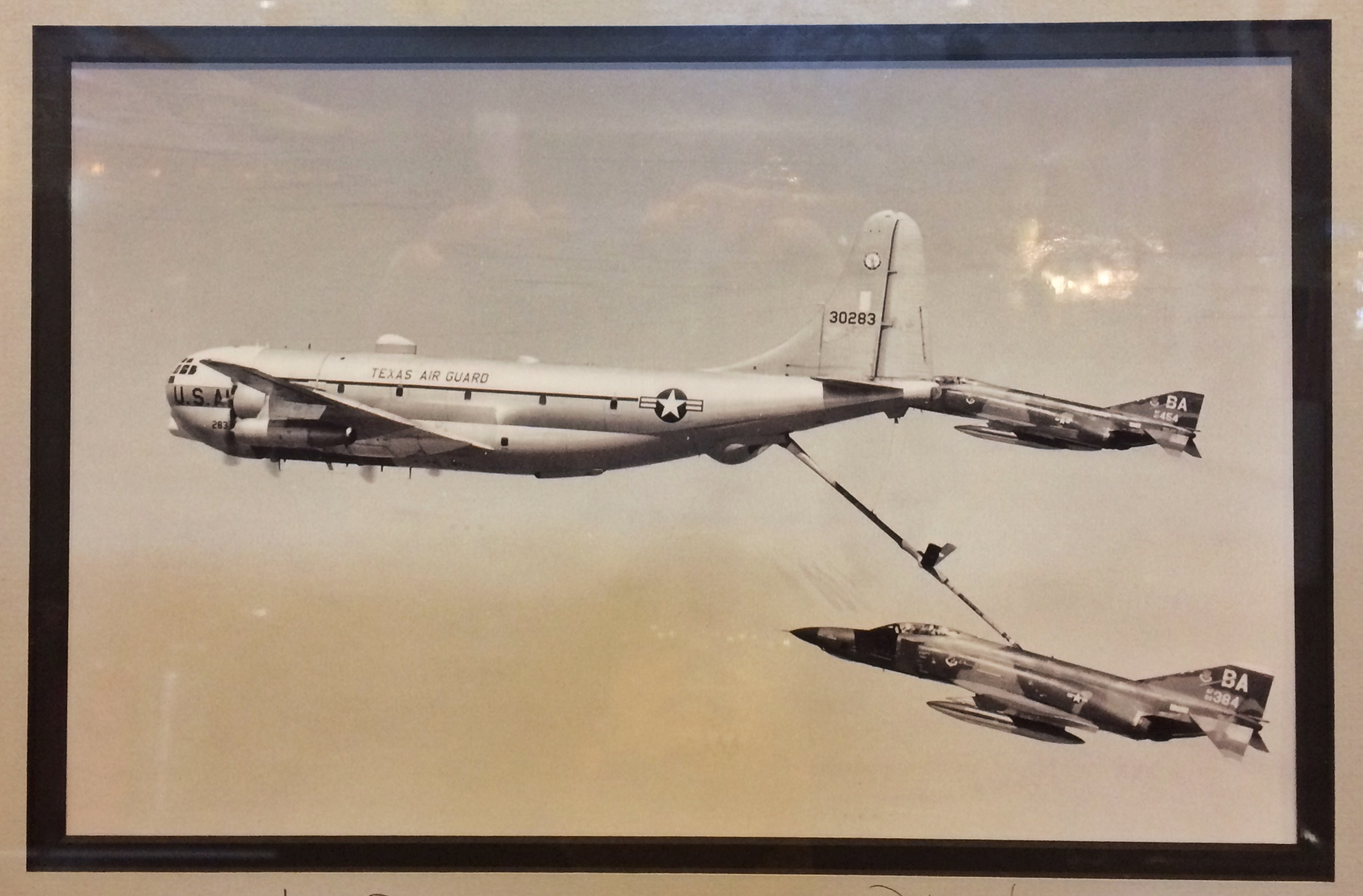 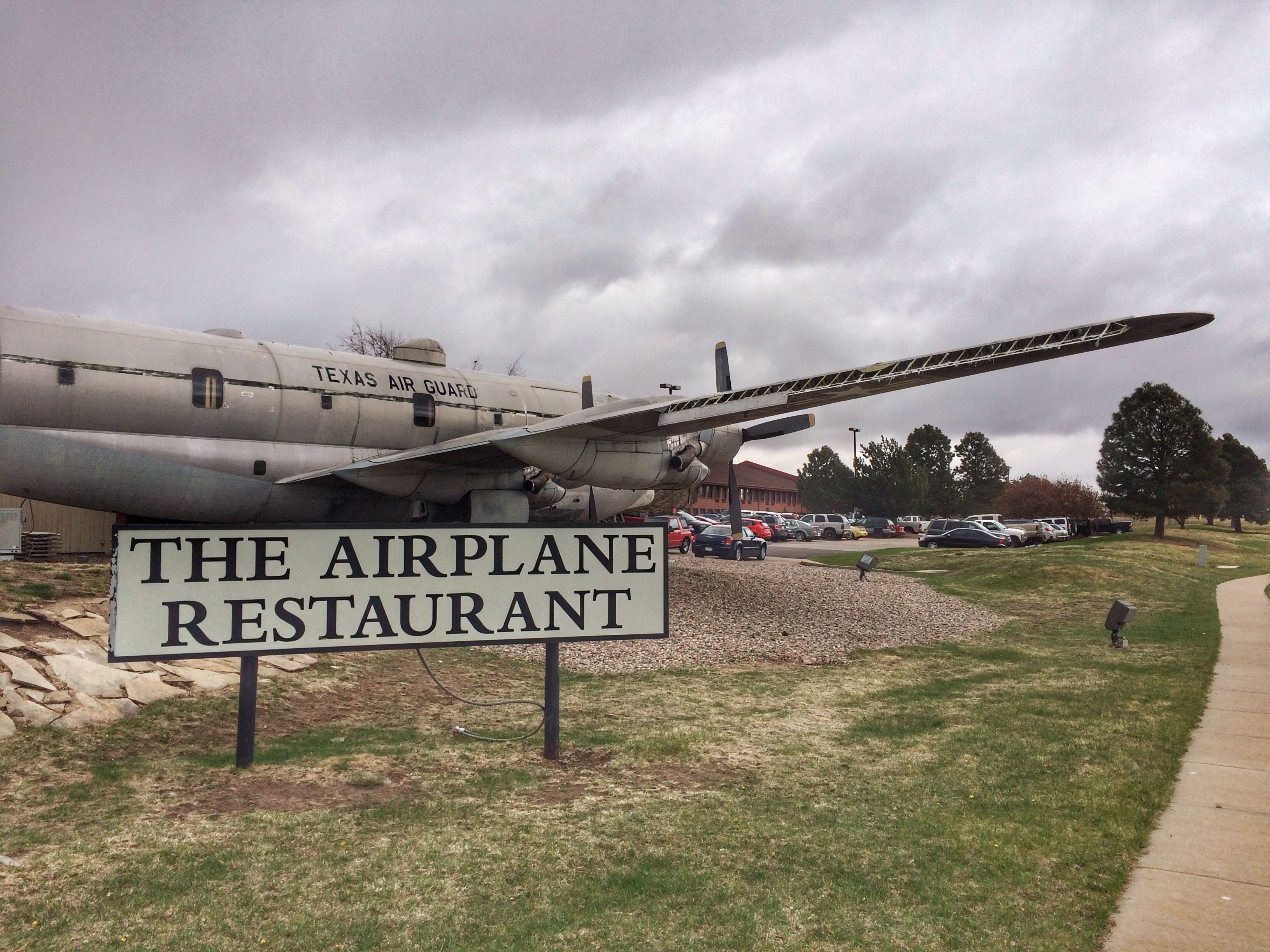 We were given a choice of eating in the airplane or in the “hanger.” We chose the airplane. As we walked through the building, we could see one wing of the craft with one of the engines protruding into the building. 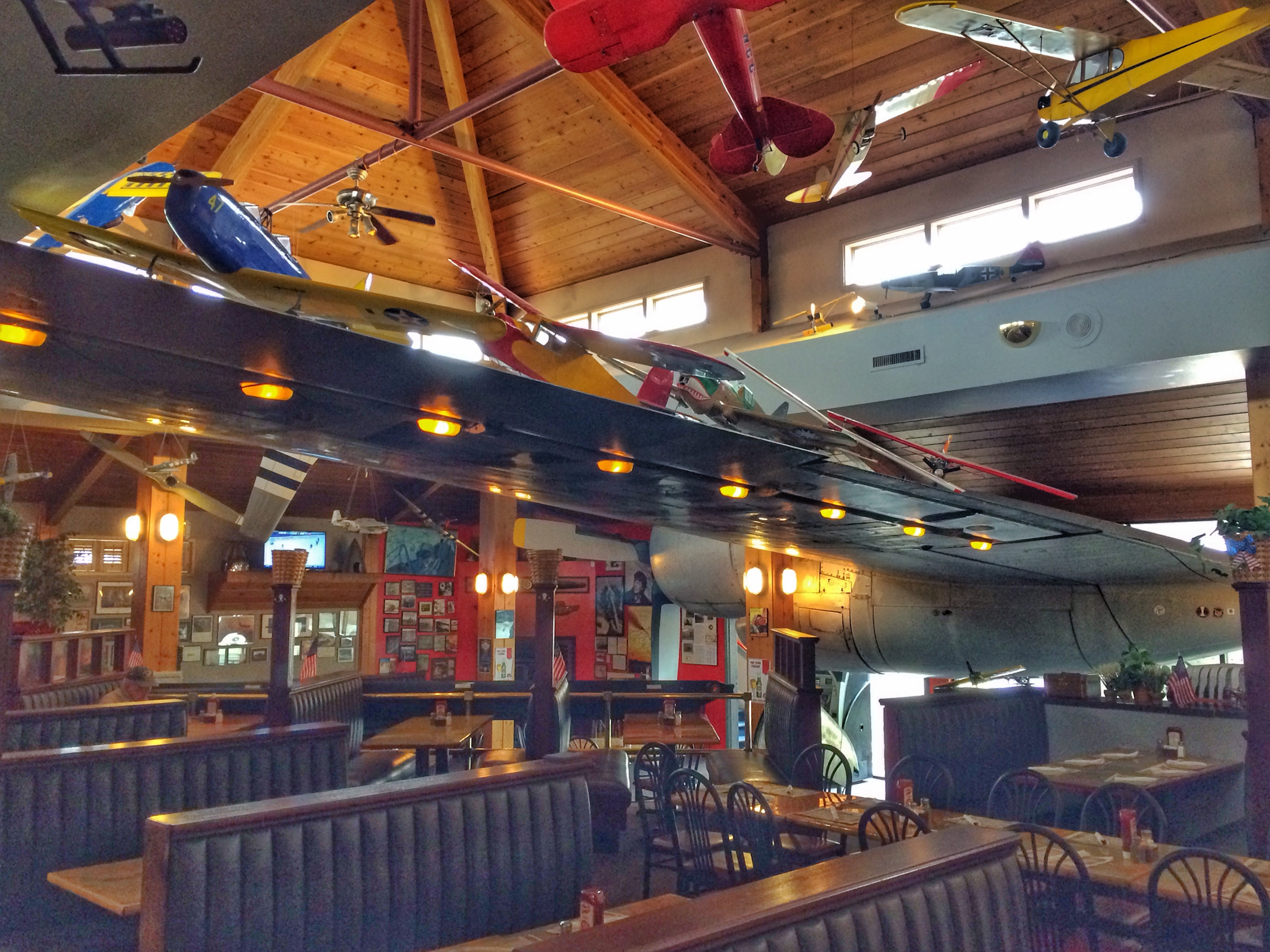 We sat at a booth inside the fuselage. It filled up soon after we arrived. Most of the other diners were accompanied by small children. 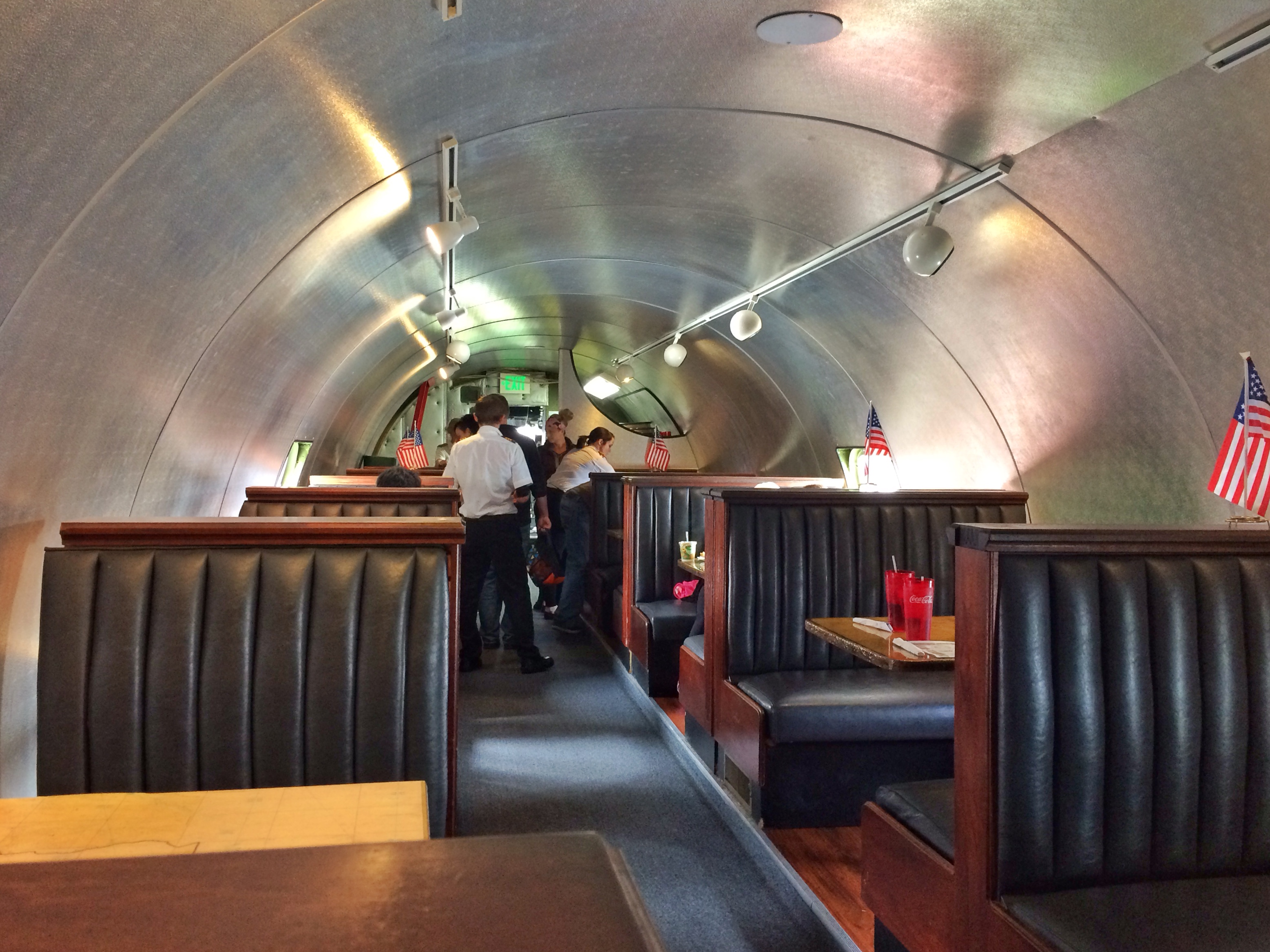 The servers wore pilots uniforms and talked as though they were giving us in-flight service. While we waited for our food, I walked up to the cockpit. We were allowed to pretend we were flying the plane, but a long line of kids beat me to it. You can’t see him in this photo, but there was a young lad in the left-hand seat that didn’t plan to leave in this lifetime. 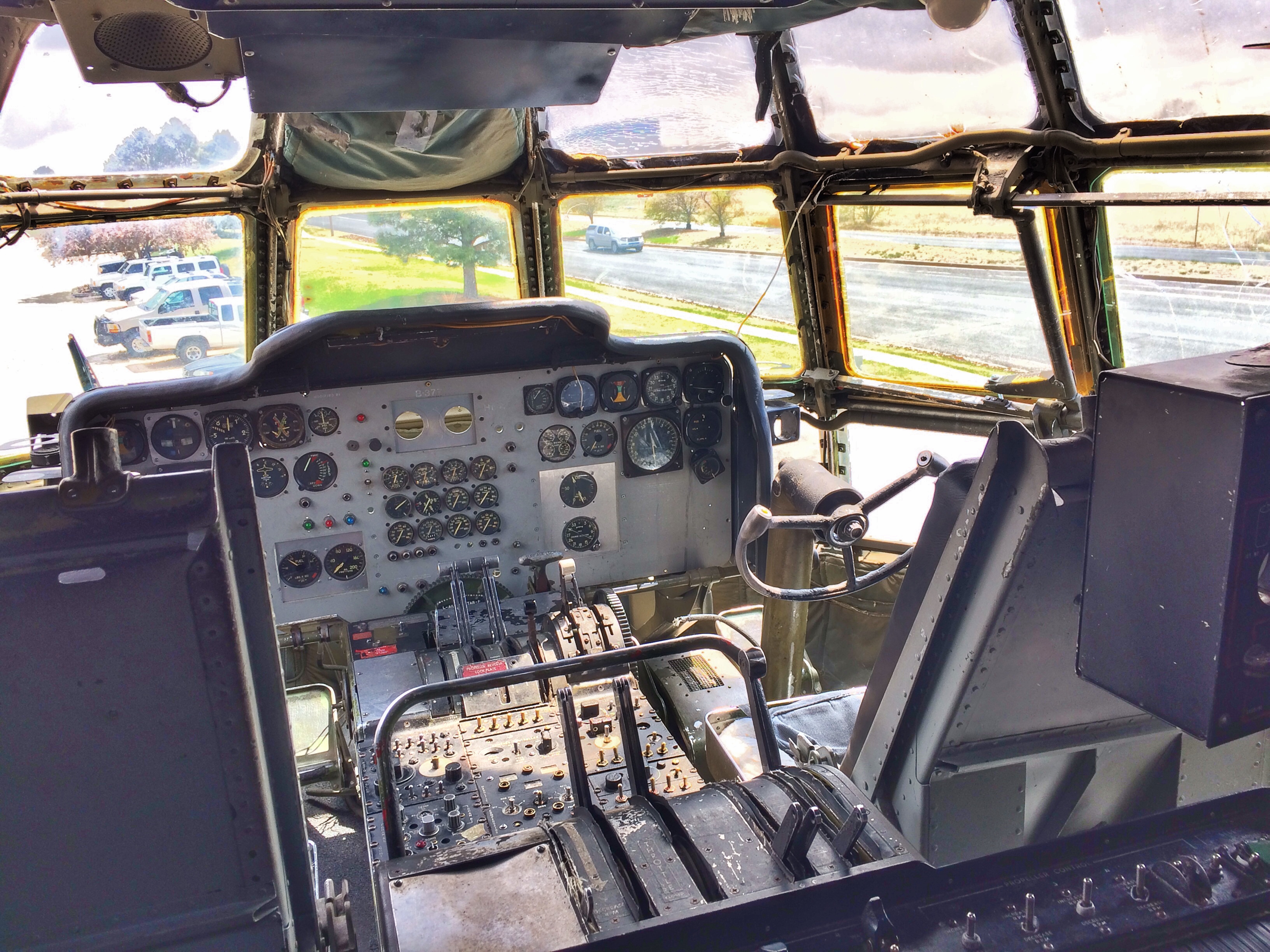 We could look through plexiglass into the tail of the plane. There was a mannequin back there portraying the crew member who operated the boom. This person extended the boom and guided the pilot of the locking airplanes so they could connect and refuel. 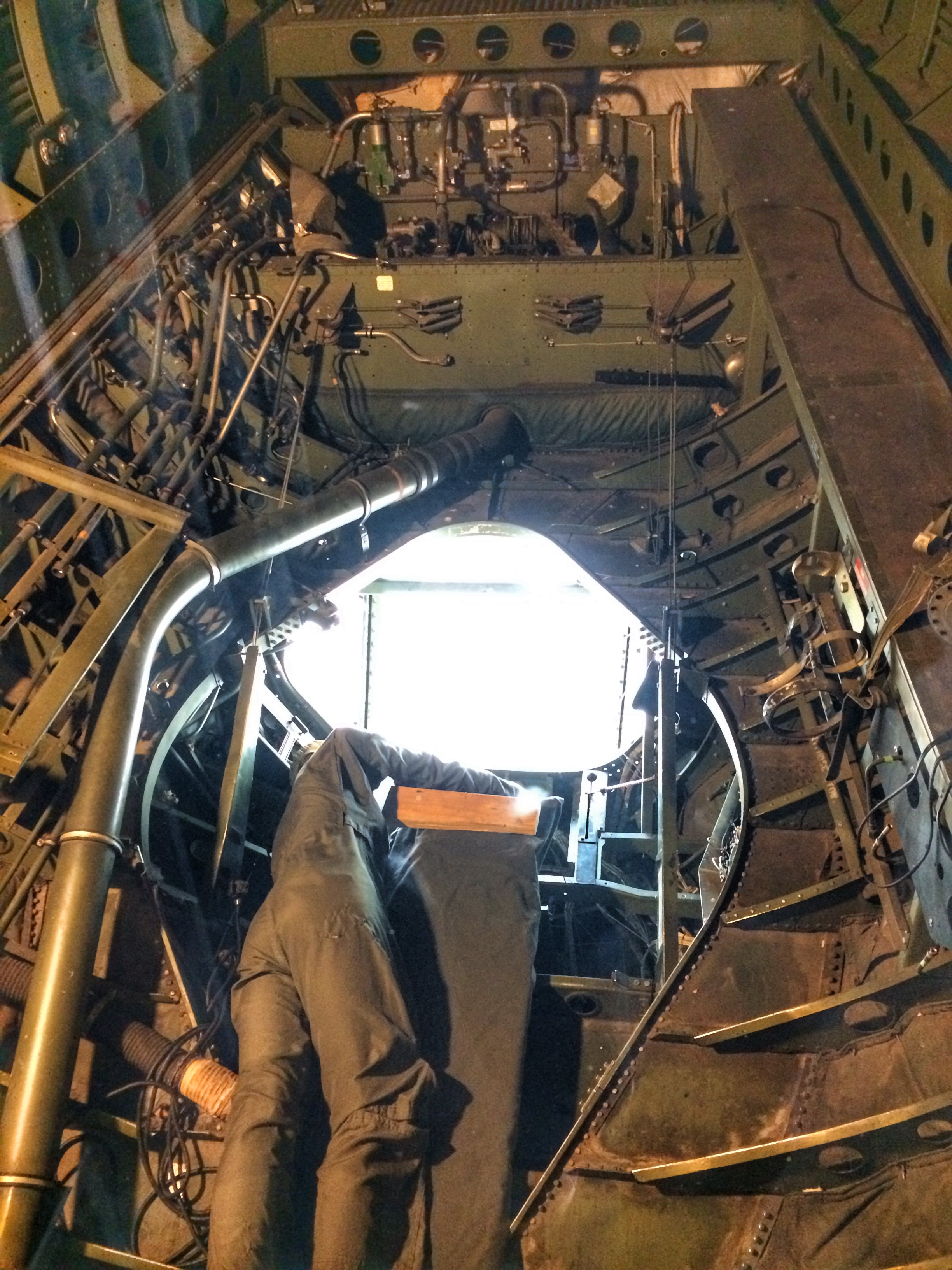 We didn’t go there expecting gourmet food, but my cheeseburger and fries were just fine. 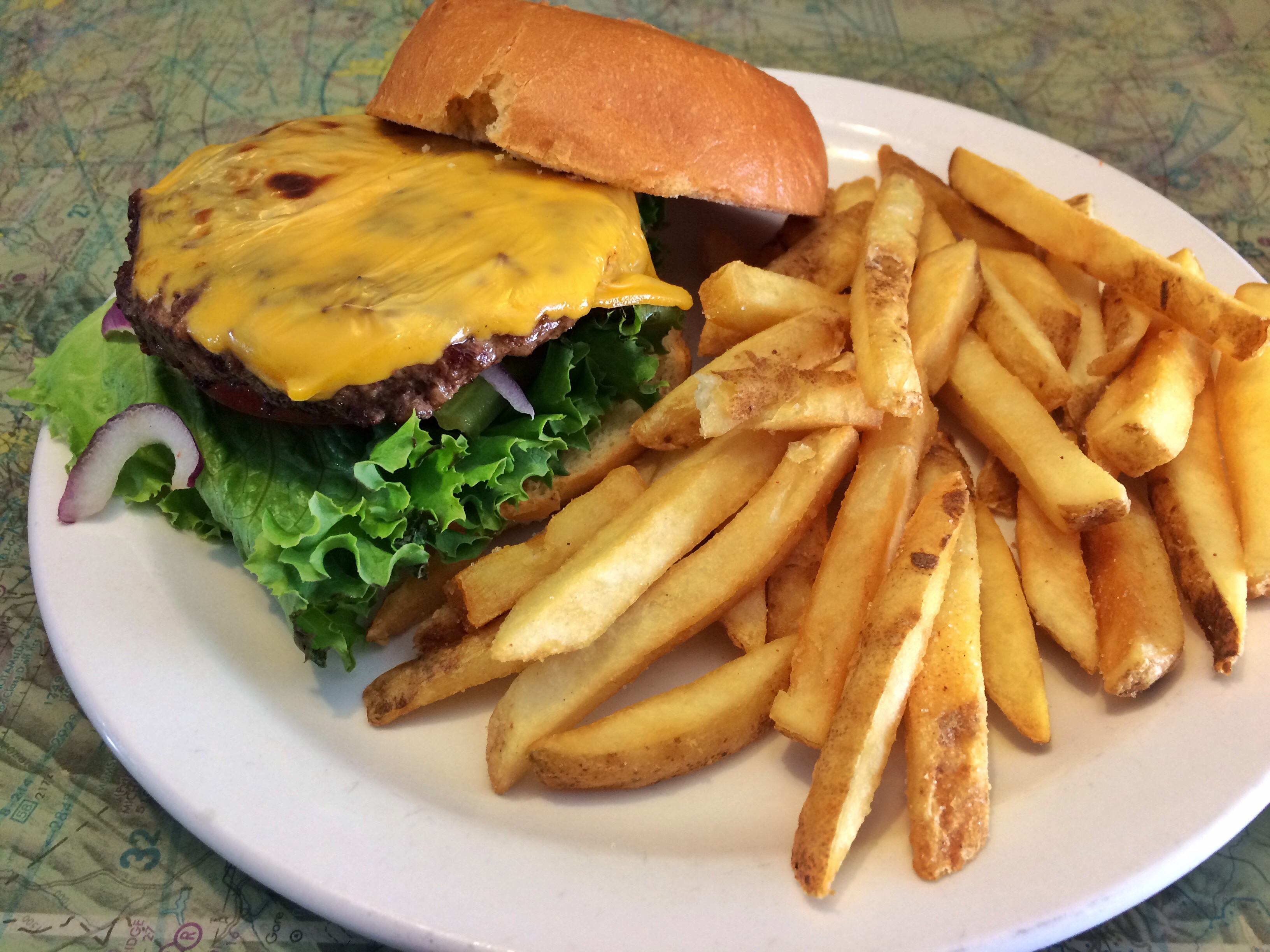 It was raining when we left, but we walked around and got a shot of the outside.

The experience was enjoyable enough that we might return if we’re in the area around lunchtime, although next visit we’ll probably sit in the hanger with the adults.

This entry was posted in Food, Transportation. Bookmark the permalink.