OK, I didn’t really nearly hit the sheep, but they were standing in the grass about 20 feet off the pavement right where I pulled over. I let the car behind me go past, then did two-thirds of a three-point turn so I could take some photos without getting out of the car. 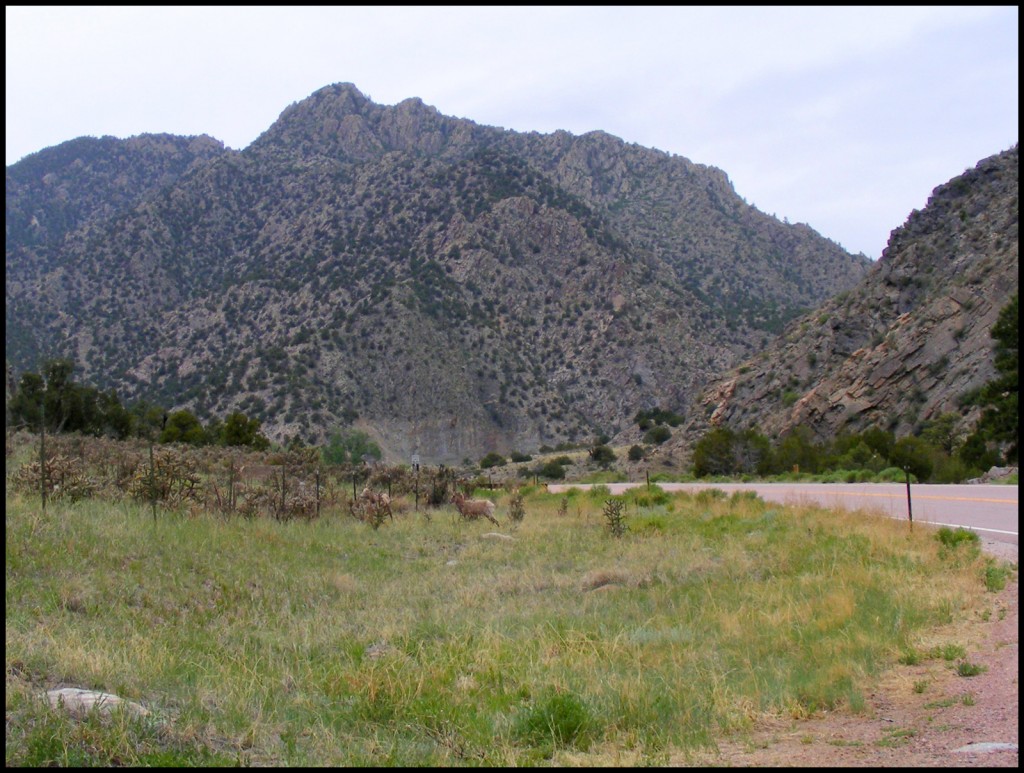 One of the sheep immediately scrambled under the roadside fence and trotted into a bush-dotted field. The other two hung around for a couple minutes, then followed the first one. 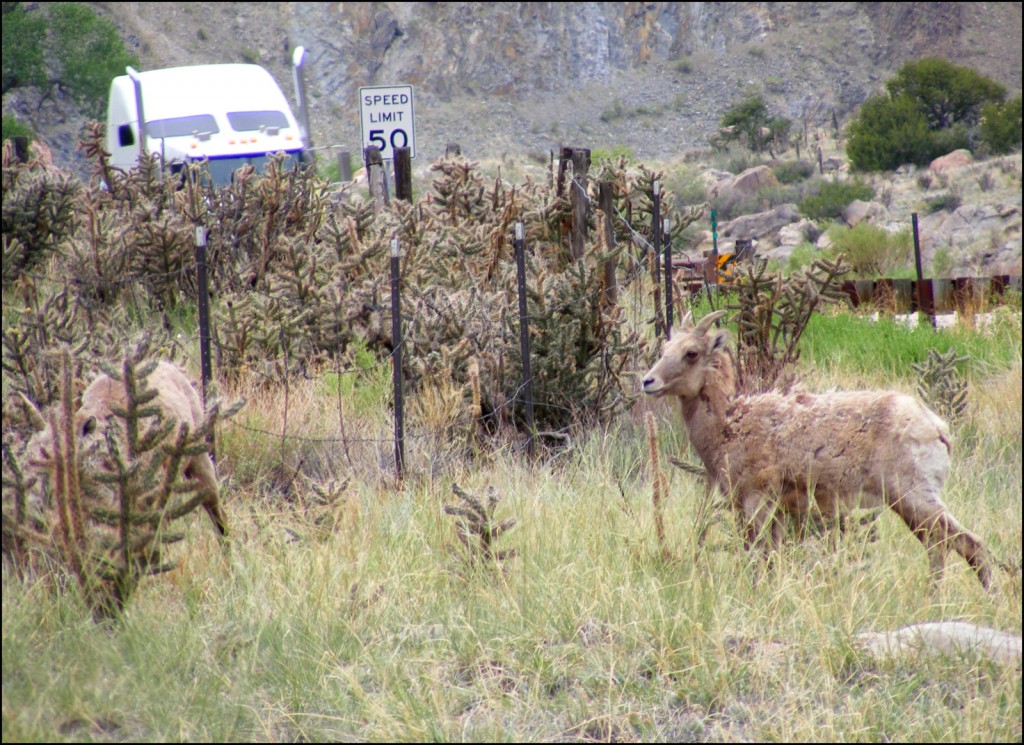 They didn’t go far. As soon as they were closer to the rocky hillside than I was to them, they began grazing, looking up at me occasionally. They didn’t seem too upset, even when I got out of the car. 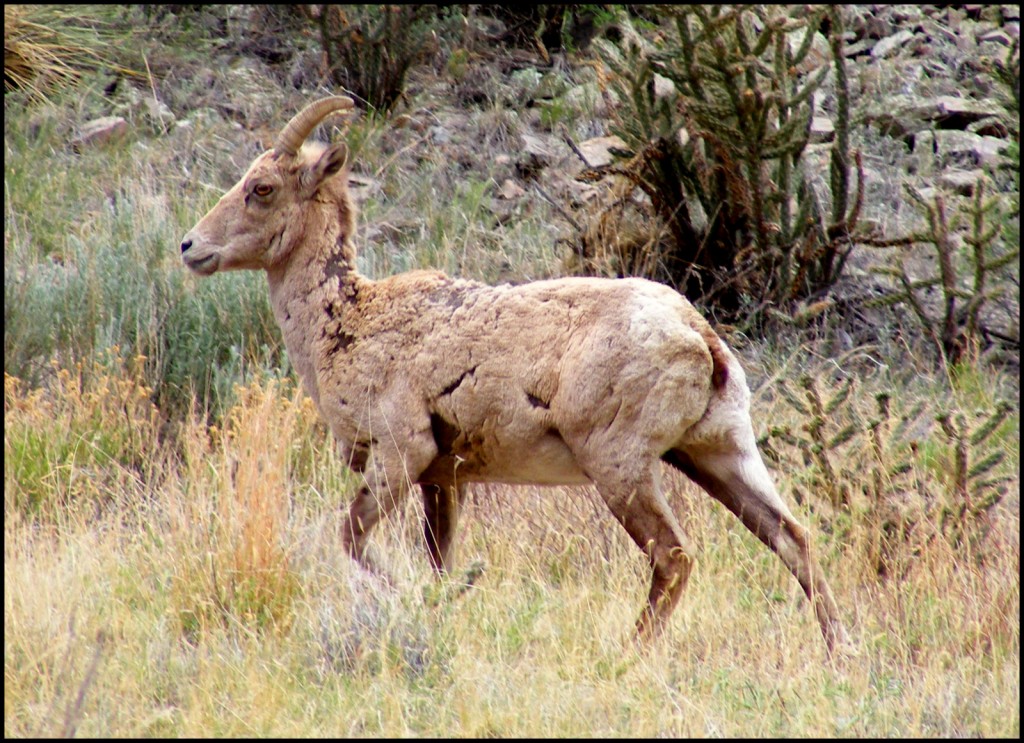 The two with larger horns butted heads once for about three seconds, but otherwise they just ate and stood around. 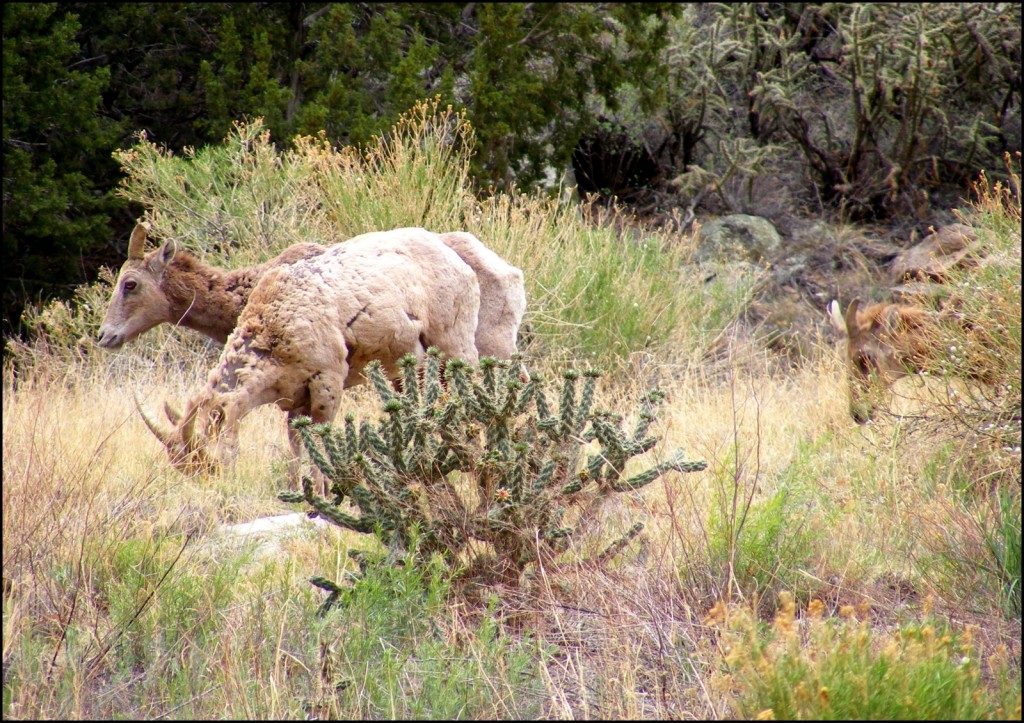 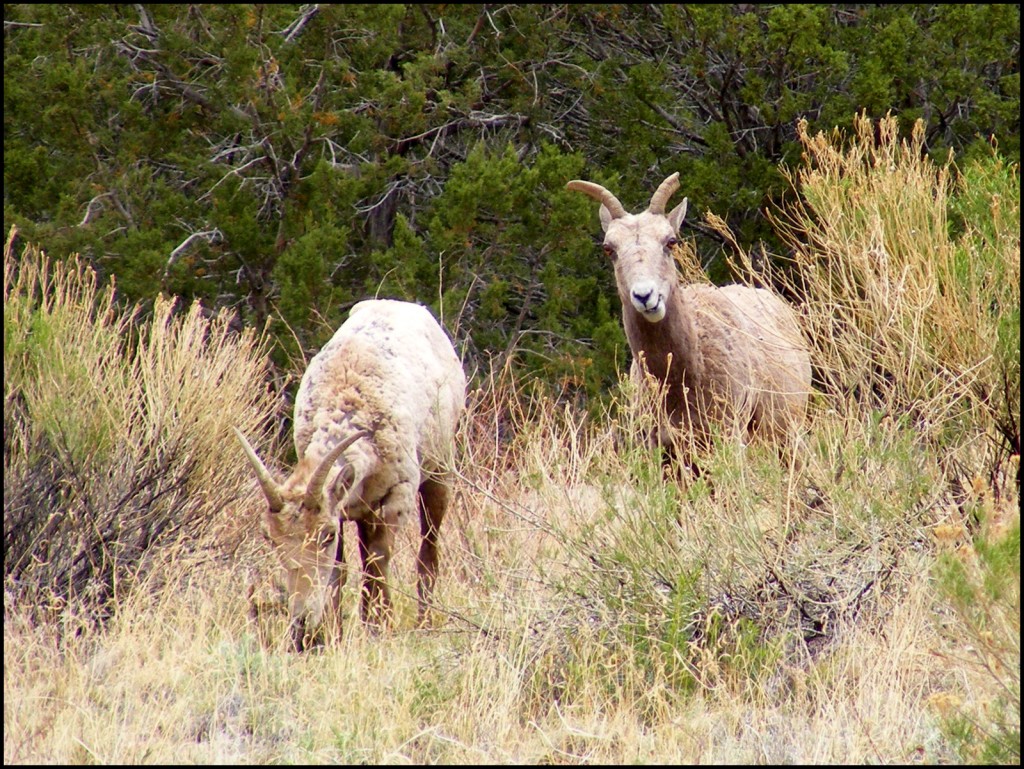 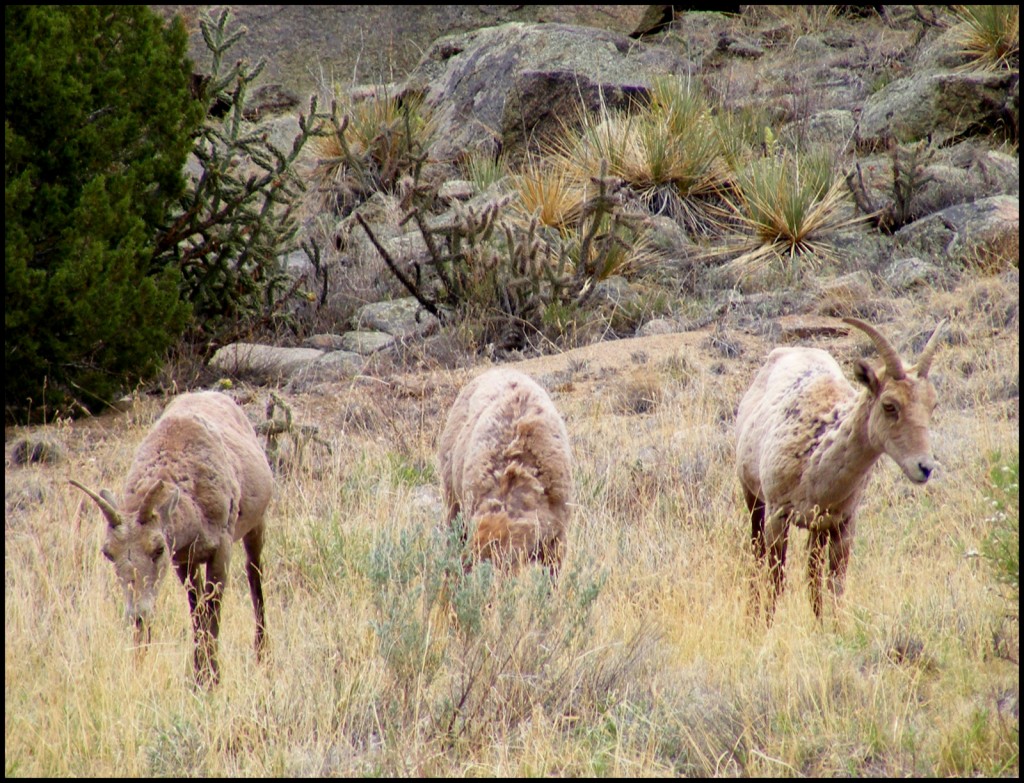 They were still there when I left after about 15 minutes. I headed out of the canyon and turned north toward Cripple Creek. I spotted two more young sheep walking through an open woods about 10 minutes after I left these three.