During the seven and a half months that we lived in a basement, the cats discovered a variety of animals in the window wells — three cottontails, a mouse, a frog, and this creature. 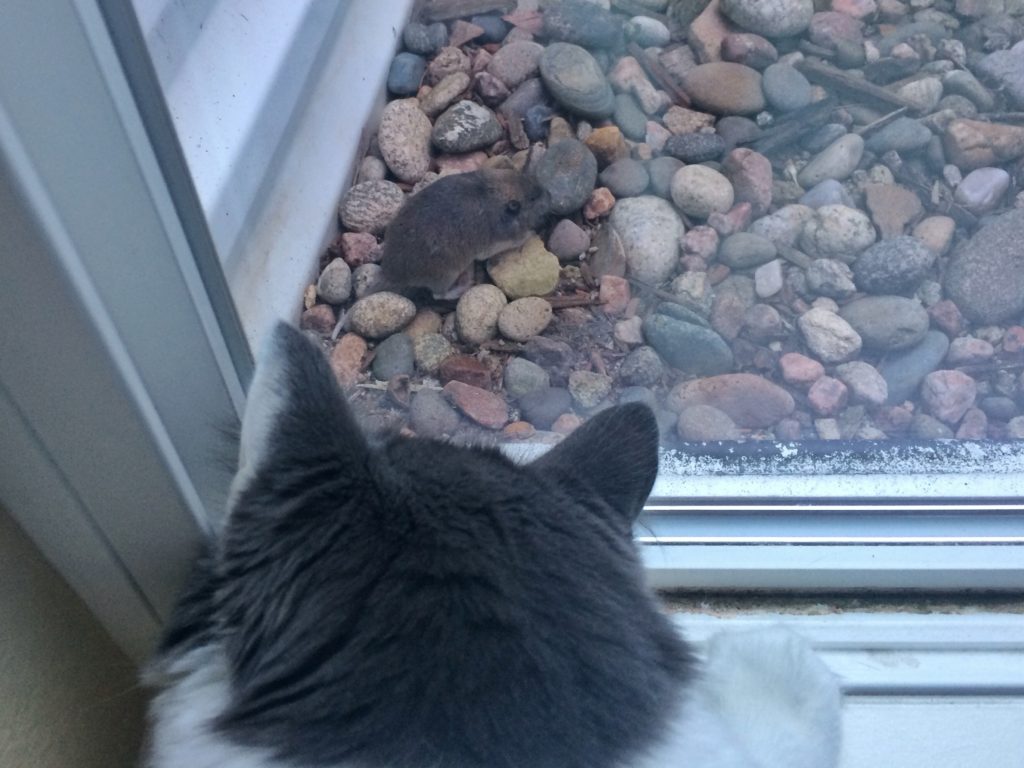 I didn’t give it much thought when I took this photo of Lucy staring at it in the morning. I figured it was a mouse or vole.

When I got home from work, it was curled in a ball in the center of the window well, having given up it’s quest for escape. I grabbed a five-gallon bucket from the garage and set forth to rescue it—a process I was well familiar with by this time. As soon as I laid the bucket down on the rocks, the animal scurried inside—which gave me a good idea that it was used to being underground.

I took it out into the yard and put the bucket next to a bush. I sprawled on the grass to get some photos and noticed it’s tiny, flat ears and long toes. Now I knew for sure it was something I hadn’t seen before. It didn’t want to get out of the bucket. It would approach the edge, then run back to the bottom, then slowly walk forward again. 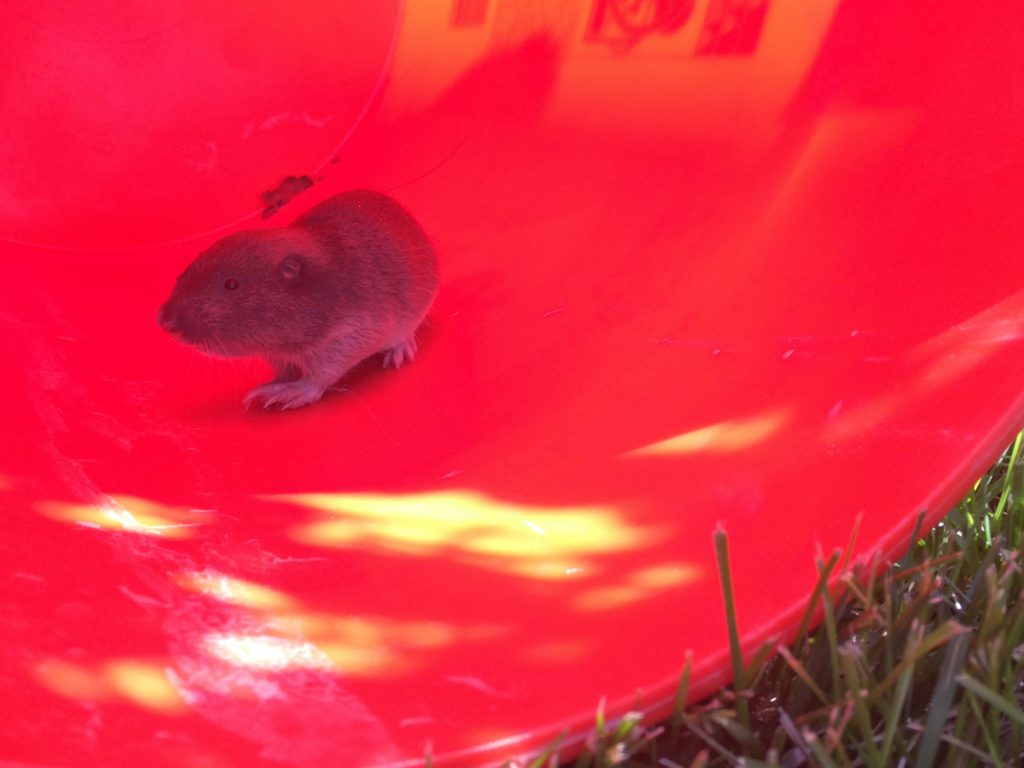 I’m pretty sure it was hunger that finally coaxed it out. As soon as it left the bucket it began eating anything green it could find. It paid no attention to me and my phone inches away from it. 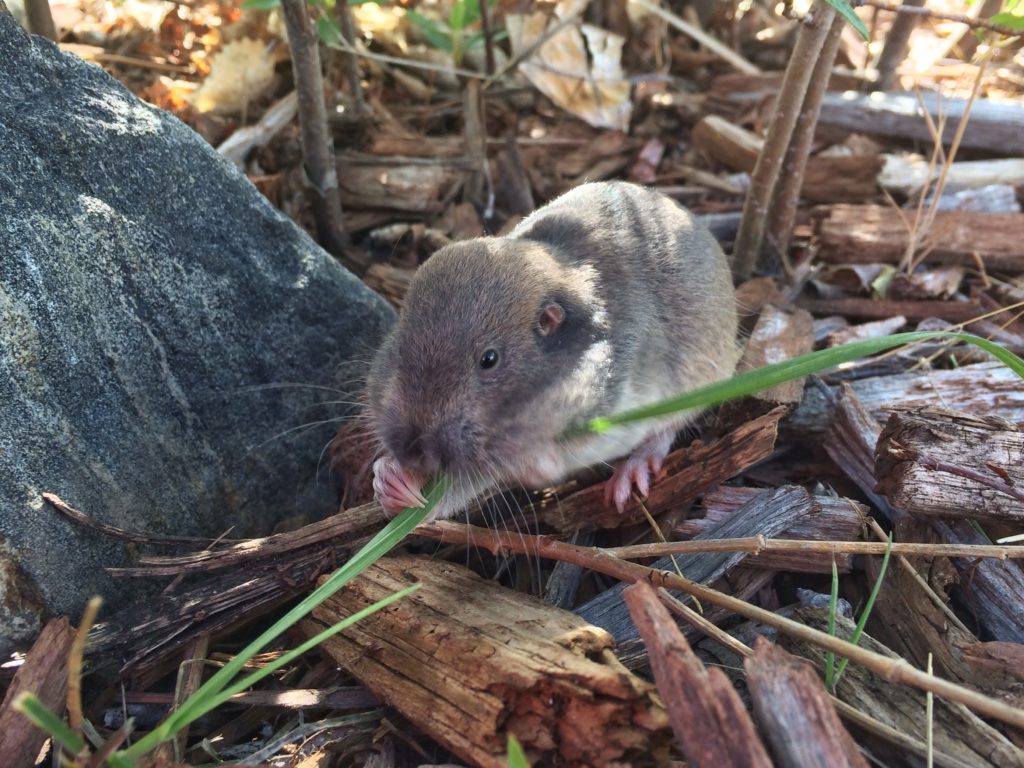 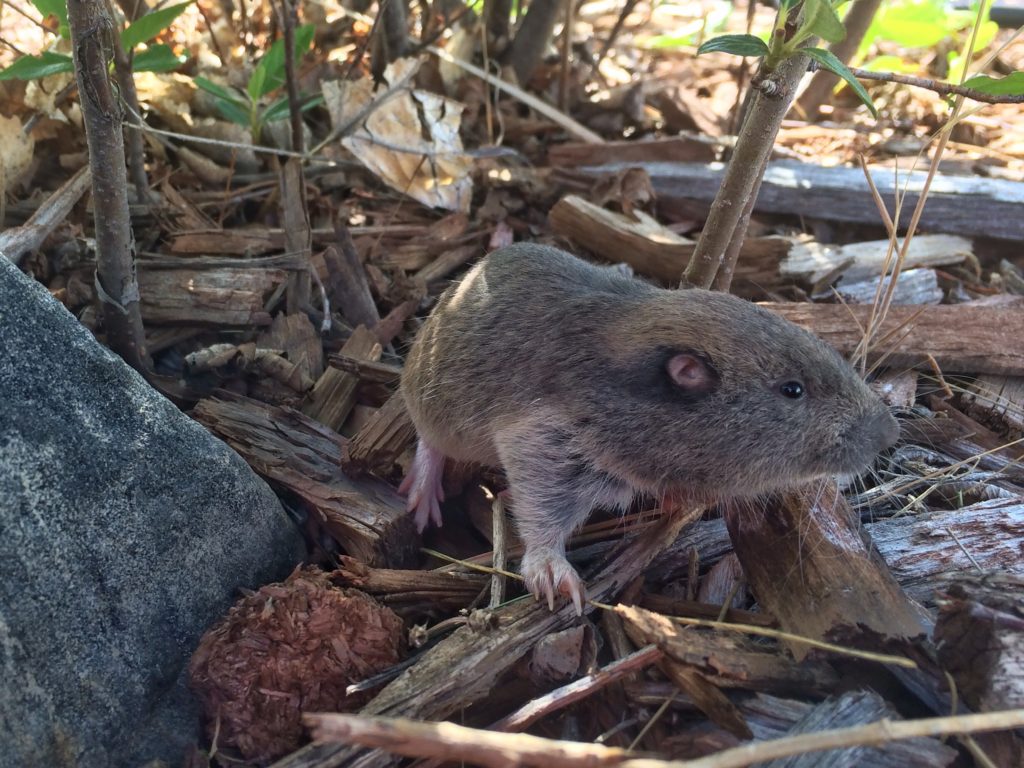 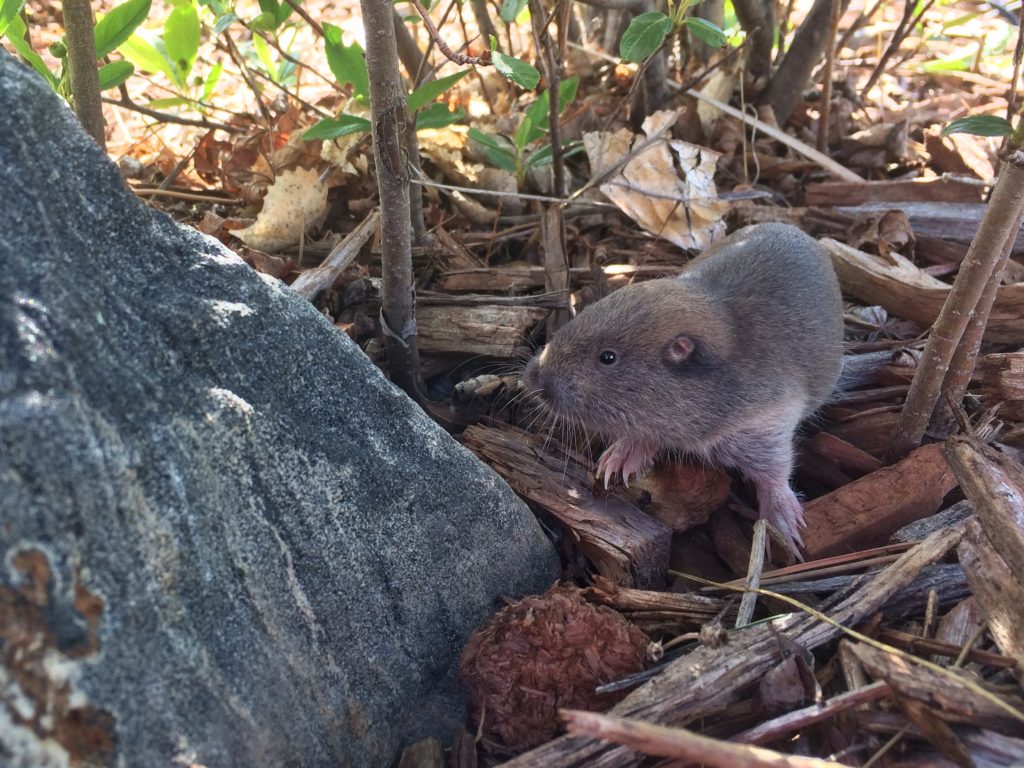 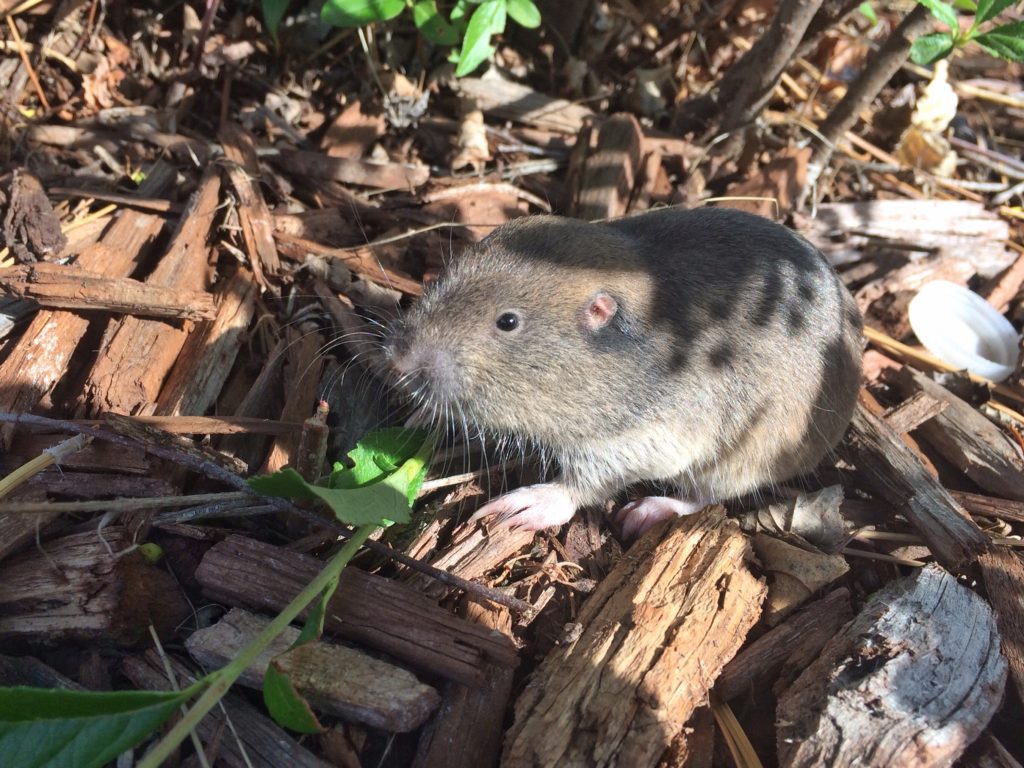 When I’d gotten enough good pictures that I knew I could identify it, I left it to find its way back to its hole.

It was a couple weeks before we finally moved into our house and unpacked our belongings. When I found my field guide, it was easy to identify it as a Northern Pocket Gopher. I learned that its two requirements are soil loose enough to burrow in and low-growing plants to eat. The black spot behind its ear is diagnostic.