On the third Thursday of every summer month, many of the stores and galleries in Monument stay open late. Other vendors set up booths in empty store fronts or on the street. A lot of them set out free food. Artist play live music. It’s all very quaint and surprisingly enjoyable. 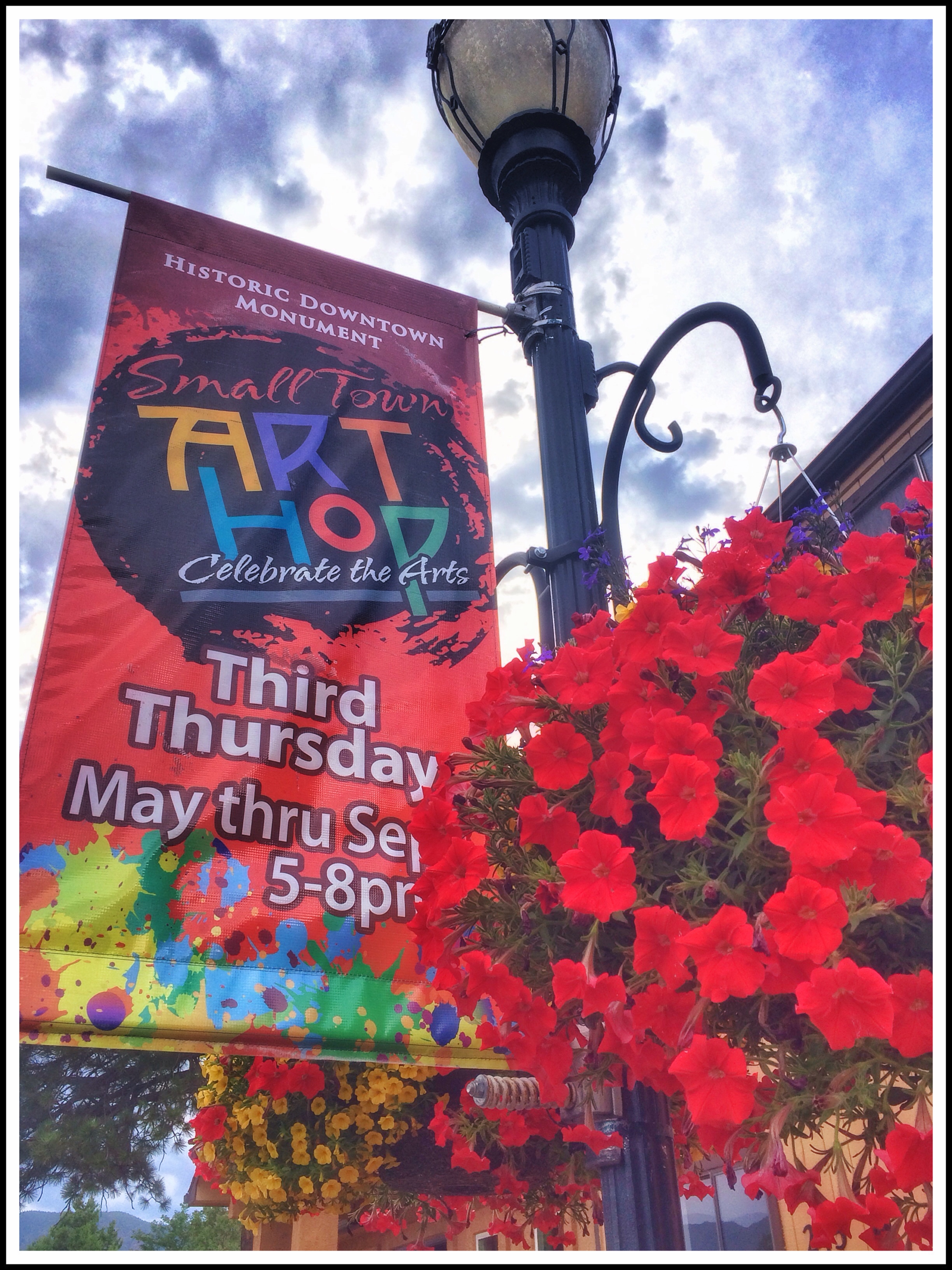 We hit most of the stores and sampled the free food in several of them. Before the evening was done, we’d had a Polish sausage, fruit, mini hot dogs, meatballs, cheese, popcorn, and several kinds of punch. 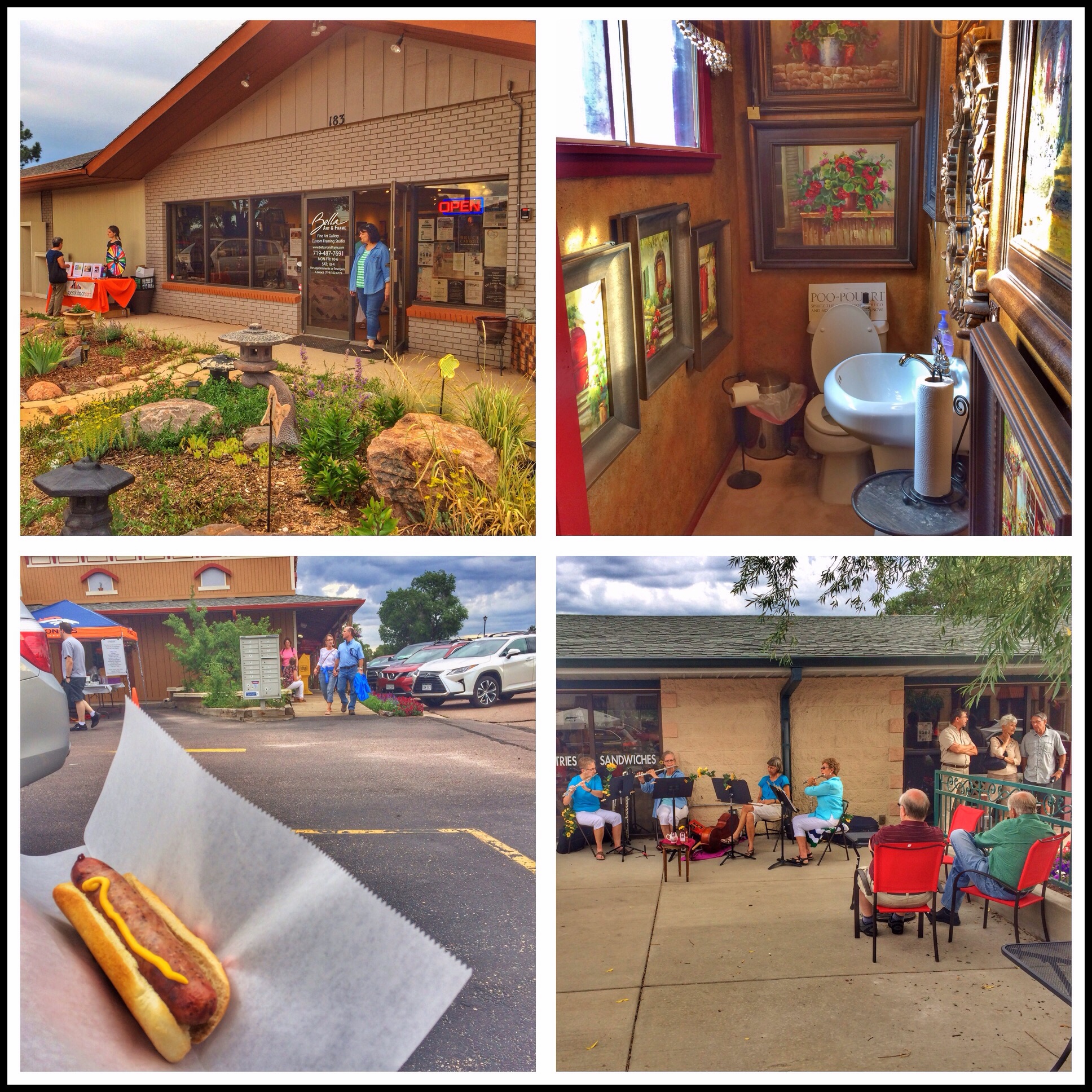 In two of the shops, we struck up conversations with the owners/artists and found out they were both from Illinois. My wife bought a trivet, which I’ve always confused with a tuffet. It was painted using alcohol-based paint.

One artist had his art set up in a church lobby. He had one painting of a barnyard that I really liked. It was framed with an old window, and it cost $350. He asked if I wanted to buy it. I told him I didn’t have nearly enough money. He suggested I play the lottery and then come back and buy it. I offered to buy it for $1 and then he could play the lottery, but he turned me down. 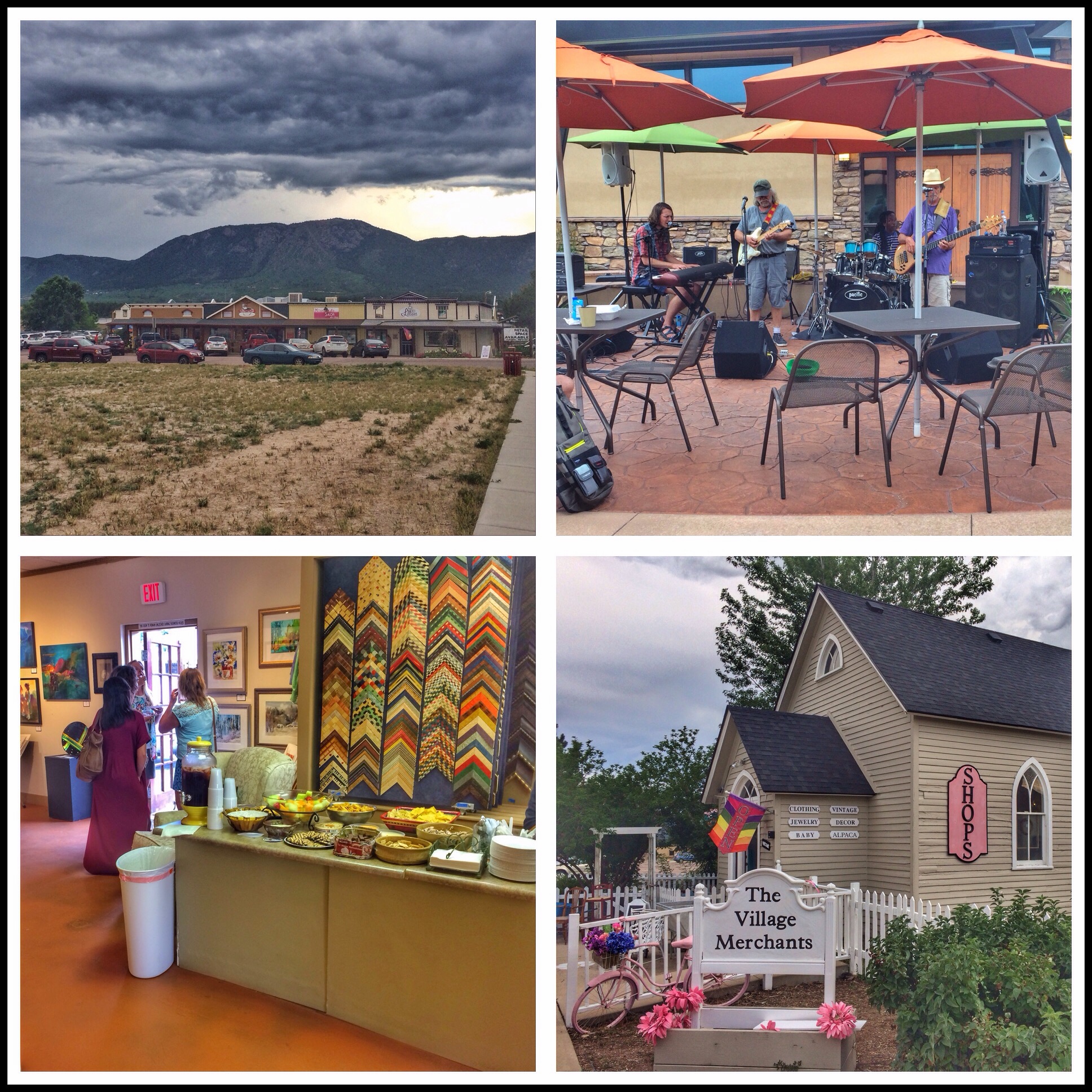 I bought two books (but forgot to take a photo) at the Tattered Cover Bookstore. When Books Went to War, by Molly Guptill Manning, is about the Armed Services Editions printed during WWII. I also bought Dare to Doodle!, which we plan on using as the guestbook in our new house.

The stores were spread out—Monument is trying hard to develop a cute little downtown without actually having a downtown. In the courtyard of one shop, four older women were playing woodwinds. In another, a band was doing a cover of Leonard Cohen’s “Everybody Knows.”

This entry was posted in Art. Bookmark the permalink.