When I did my pre-vacation homework, I saw that the National Park Service gives tours of the Au Sable Light Station during July and August. But the same ranger who told me I couldn’t get to Au Sable Point from Hurricane River told me that this summer the tours were postponed until July 16 — six days after I would be there. Unfortunately, in this case she was right.

This was the scene as I emerged from the woods. 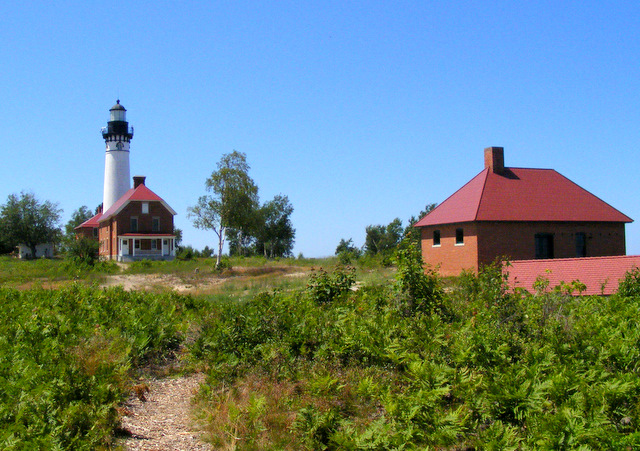 Au Sable is French for “with sand.” I think the inclusion of the preposition is “with goofiness.” The point is a hazard to boats because of an offshore sandstone reef and frequent dense fog. The lighthouse was built here in 1874 and is still in use. 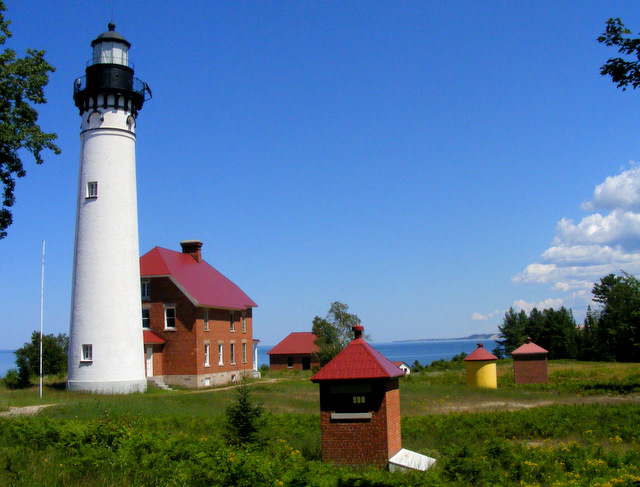 The head lighthouse keeper’s quarters were built in 1909. The building attached to the tower housed the assistant keeper. 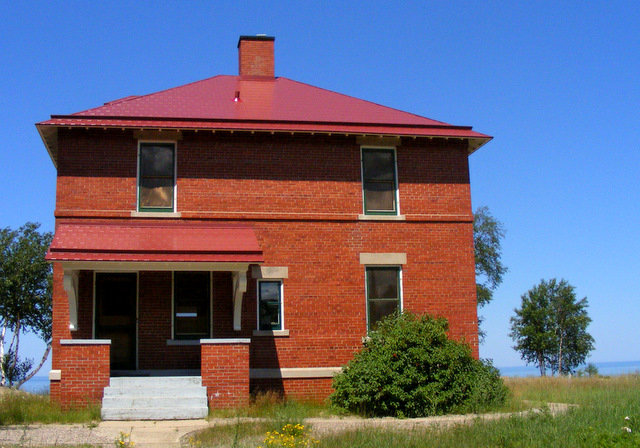 In my previous post, I mentioned that two rangers drove up in a truck. One was a grizzled veteran and the other was a rookie. The old guy was giving the young woman a tour because she was to be stationed here — six days after my visit. When they headed toward the tower, I hung around, hoping the guy would say, “Hey, as long as you’re here, would you like a look inside?” I’ve had things like that happen to me on more than one occasion, but not this time.

The lighthouse is on the left in this photo, with the Grand Sable Dunes visible in the distance beyond the outbuildings. 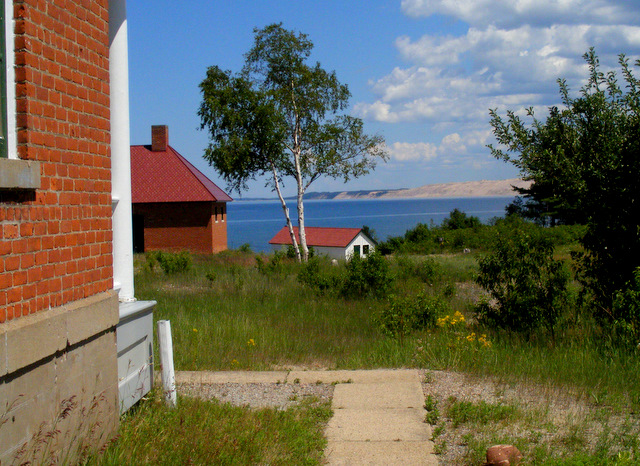 It was hot, but as you can see, it was a stunningly beautiful day. I climbed down to the beach and wandered about for a bit. The sandstone that presents such a hazzard is mottled red and white in beautiful stripes and swirls. 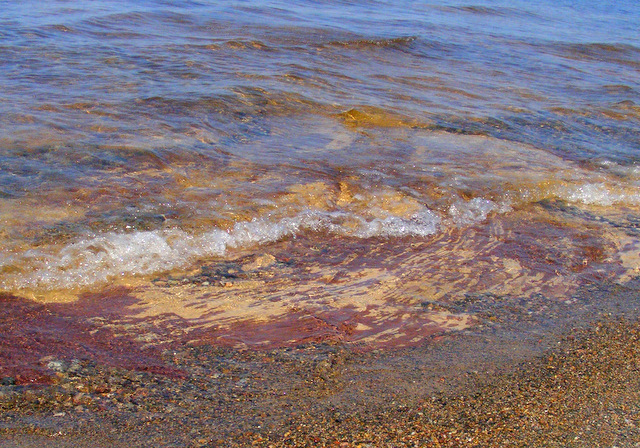 The light is 86 feet above the lake. The foundation extends 23 feet below the surface and the walls at the base are four feet thick. Even so, keepers over the years have reported that the tower shook considerably during storms. 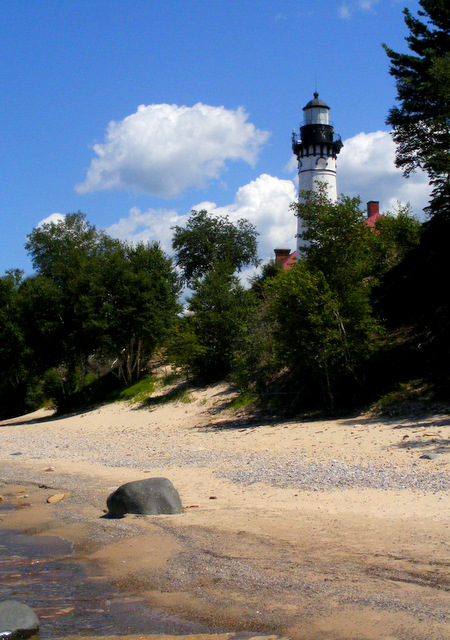 I would very much like to go back some time and spend an entire day on the beach along the point. It is one of the most stunning stretches of shore I’ve seen on a lake surrounded by stunning shores. 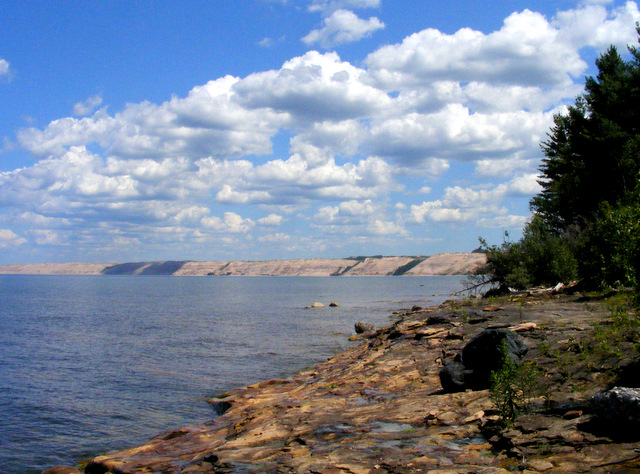 This entry was posted in Lighthouses, National Parks. Bookmark the permalink.