On my drive back to Grand Marais from the Log Slide, I stopped to see Sable Falls and hike a short trail onto the Grand Sable Dunes. This proved to be a mistake. The falls were less spectacular than many others I’d seen over the past few days, and the hike was ankle deep through soft sand to a spot far less impressive than the Log Slide. The time I spent also got me back to Grand Marais too late to see any of the other museums in town.

The town surrounds West Bay, which gives the town its name. Grand Marais is French for Great Refuge. There is a set of range lights at the entrance to the harbor, with the (closed) keeper’s house museum in between. Here’s a couple shots of the rear range light. 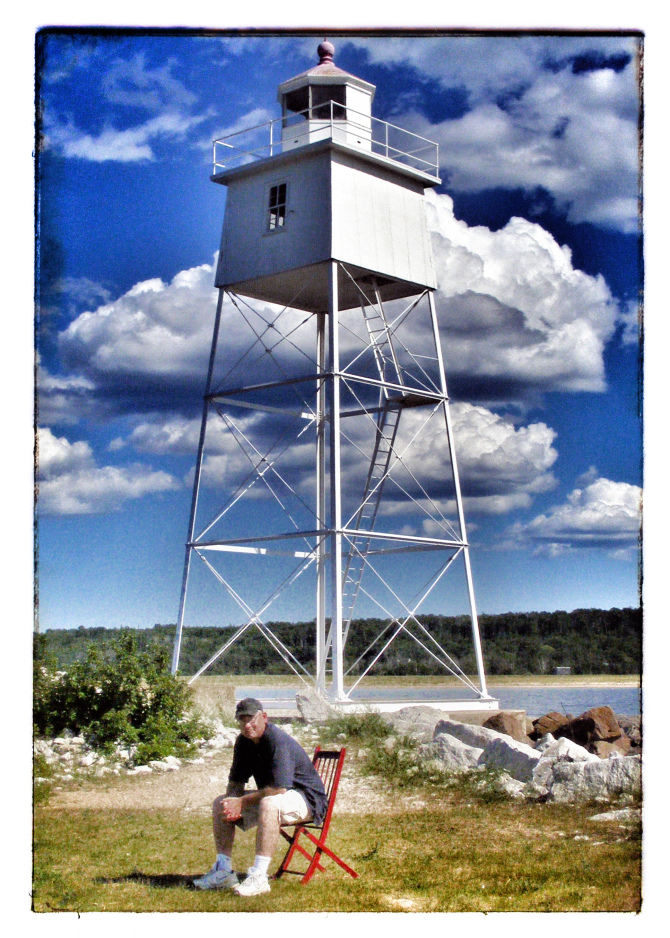 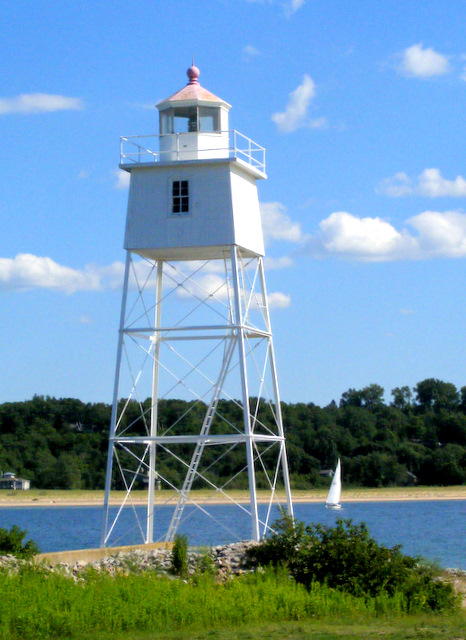 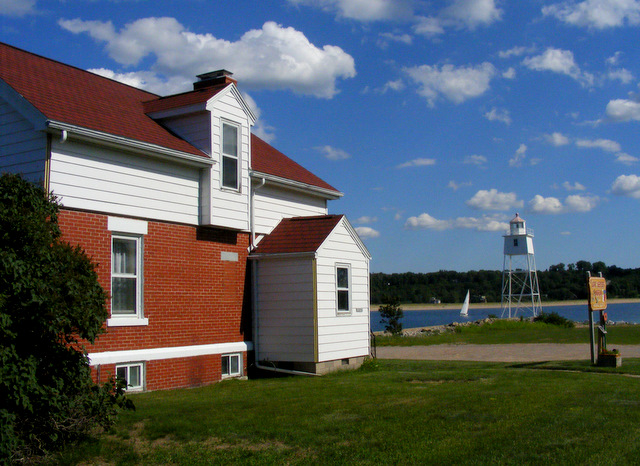 The sailboat in the above photo was flying up the channel that gave entrance to the harbor. I had to hurry to set up this next photo on the breakwater. 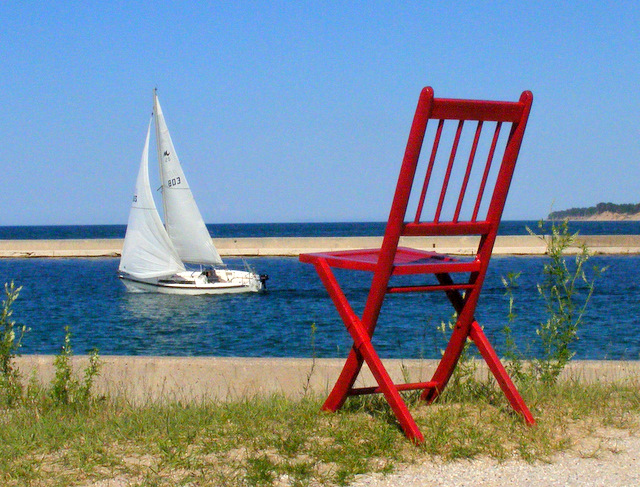 I walked out on the breakwater to see the front range light. The girl fiddling with her fishing pole was complaining to her friend that there were no fish in this lake, and she was never fishing in this town again. 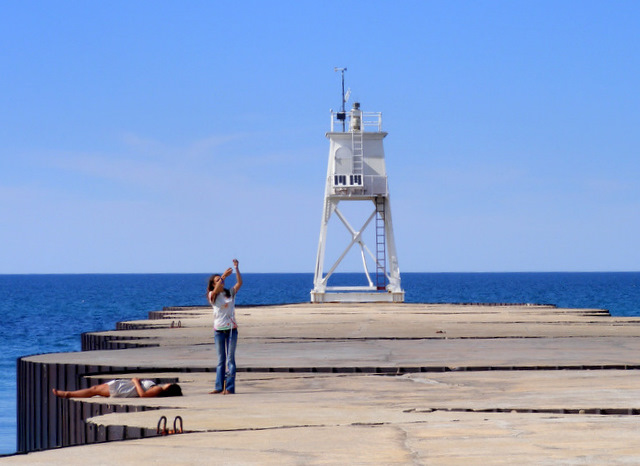 On my way back to town, I came upon a yard that was filled with old fishing boats. It looked like a combination junkyard and maritime museum. 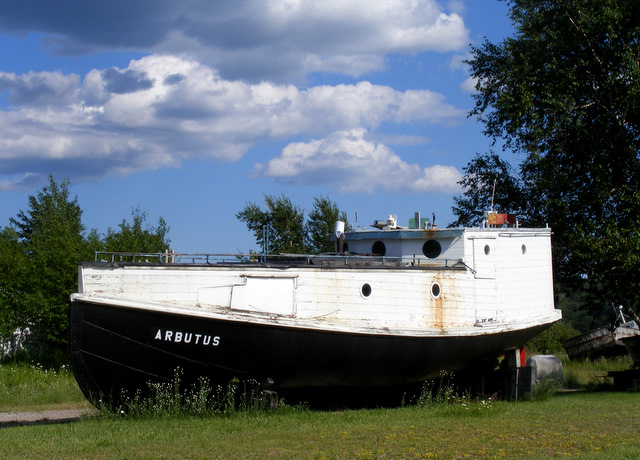 I drove along the harbor and explored the town. The rear range light is in the distance. On the left is another old fishing boat parked by the junkyard.

It was getting close to time for me to head back to Munising to take my wife and daughter out to supper. It had been an amazing afternoon, and I got to thinking that some ice cream would make it just about perfect. Seconds after I had that thought, I happened upon the most seredipitous moment of the vacation (with the possible exception of the fireworks). There, tucked back in a small residential area, was an authentic diner. 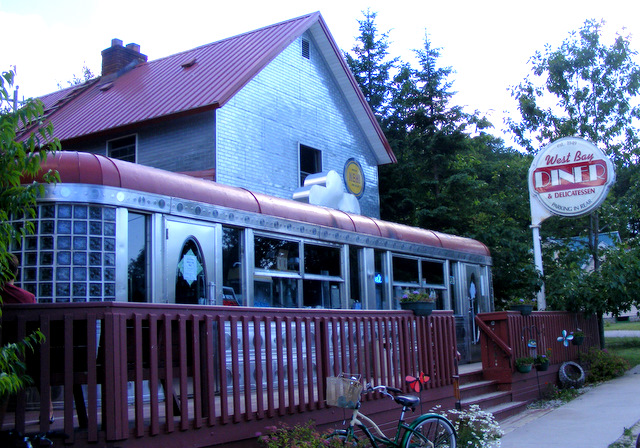 I went inside and ordered a chocolate milkshake. 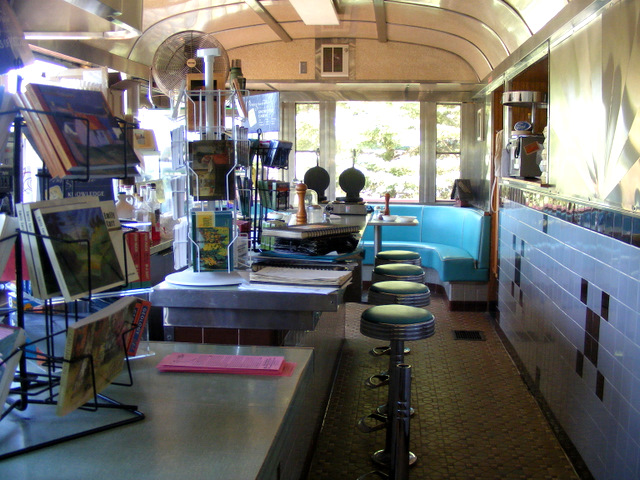 The girl behind the counter told me they were out of chocolate ice cream. She said she could make it with Mackinac Island Fudge and chocolate sauce. I said that sounded delightful. 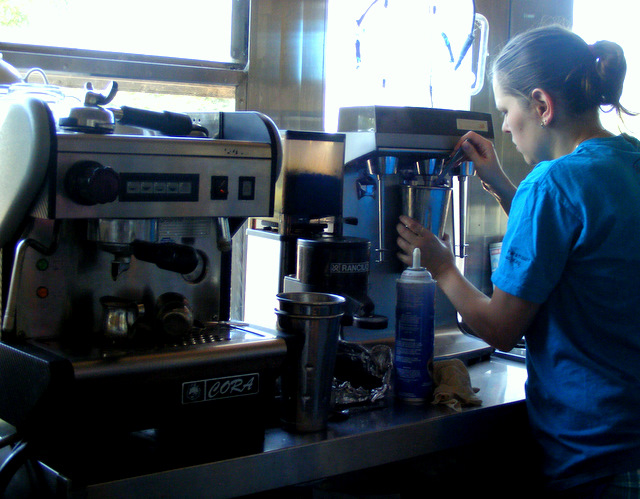 A postcard I saw said, “This rare 26-seat 1949 Paramount ‘Road King’ diner car is the former Matamoras diner from the Pocono Mountains of eastern Pennsylvania. The diner came across the Mackinac Bridge to the shore of Lake Superior in 1997.” 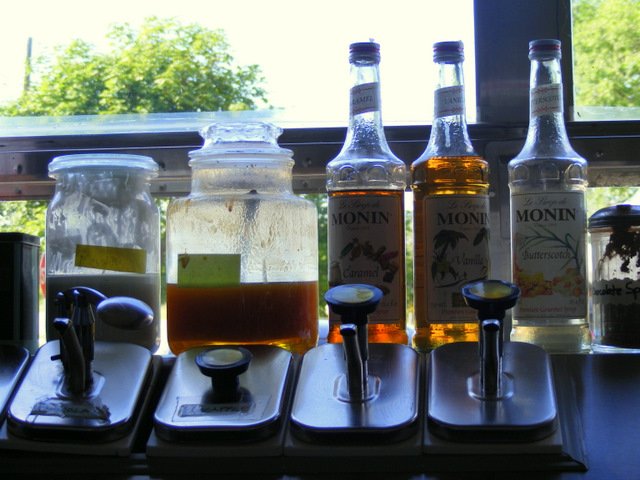 The shake was awesome, and I didn’t even mind that the fudge chunks kept clogging up my straw. I headed back to Munising thinking that I definitely want to return to Grand Marais sometime.

This entry was posted in Lighthouses, Scenery. Bookmark the permalink.