I’m not sure why I originally put the B.C. comic strip on my Pop Culture list, but as long as it was there …

Johnny Hart was born in 1931. He sold his first cartoon to the Saturday Evening Post in 1954. 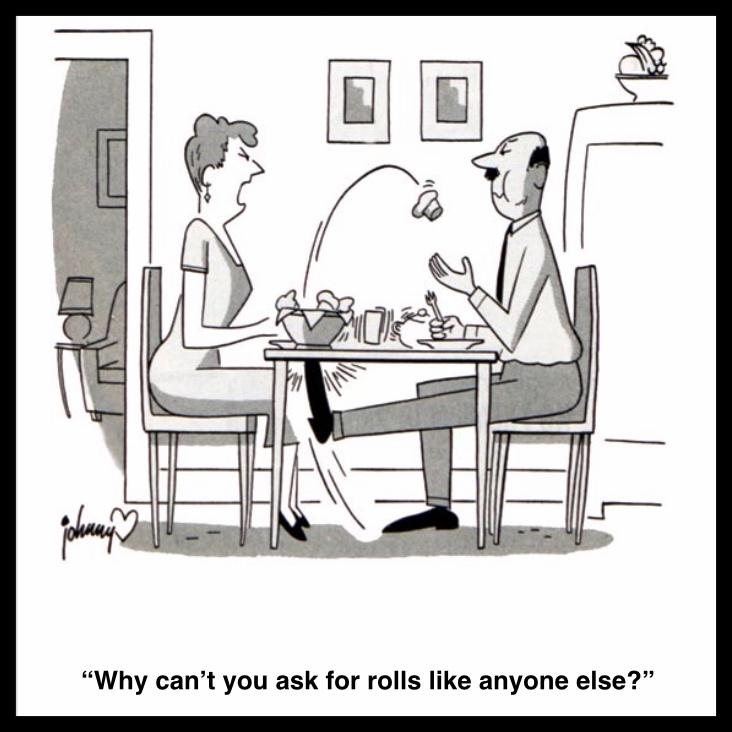 Inspired by Peanuts, Hart decided to create his own comic strip. He decided on the idea of cavemen and was soon appearing in newspapers across the country. He is one of only four cartoonists who have had two comic strips (The Wizard of Id is the other one) appear in more than 1,000 newspapers. His cartoons won multiple awards and were still going strong in 2007 when Hart died at his drawing board. His grandsons took up where he left off and continue the strips to this day.

I started with a collection of strips called The Best of B.C.: 58 Years of Pithy Prehistoric Puns and Punchlines. Most of the strips are just excuses for silly puns, which isn’t all bad.

There are several gags that appear over and over, including Wiley’s Dictionary.

All the cartoons feature a group of seven cavemen, two cavewomen, and a handful of animals.

In 1984, Hart trusted Christ. He began including strips with Bible and Christian themes. Many newspapers rejected these particular strips, but Hart felt that this was his ministry.

I read I Did It HIS Way: A Collection of B.C. Religious Comic Strips, put together by Hart’s family shortly after he died. Some of these were pretty silly. Some, I thought, bordered on the sacrilegious, but some had a powerful message. 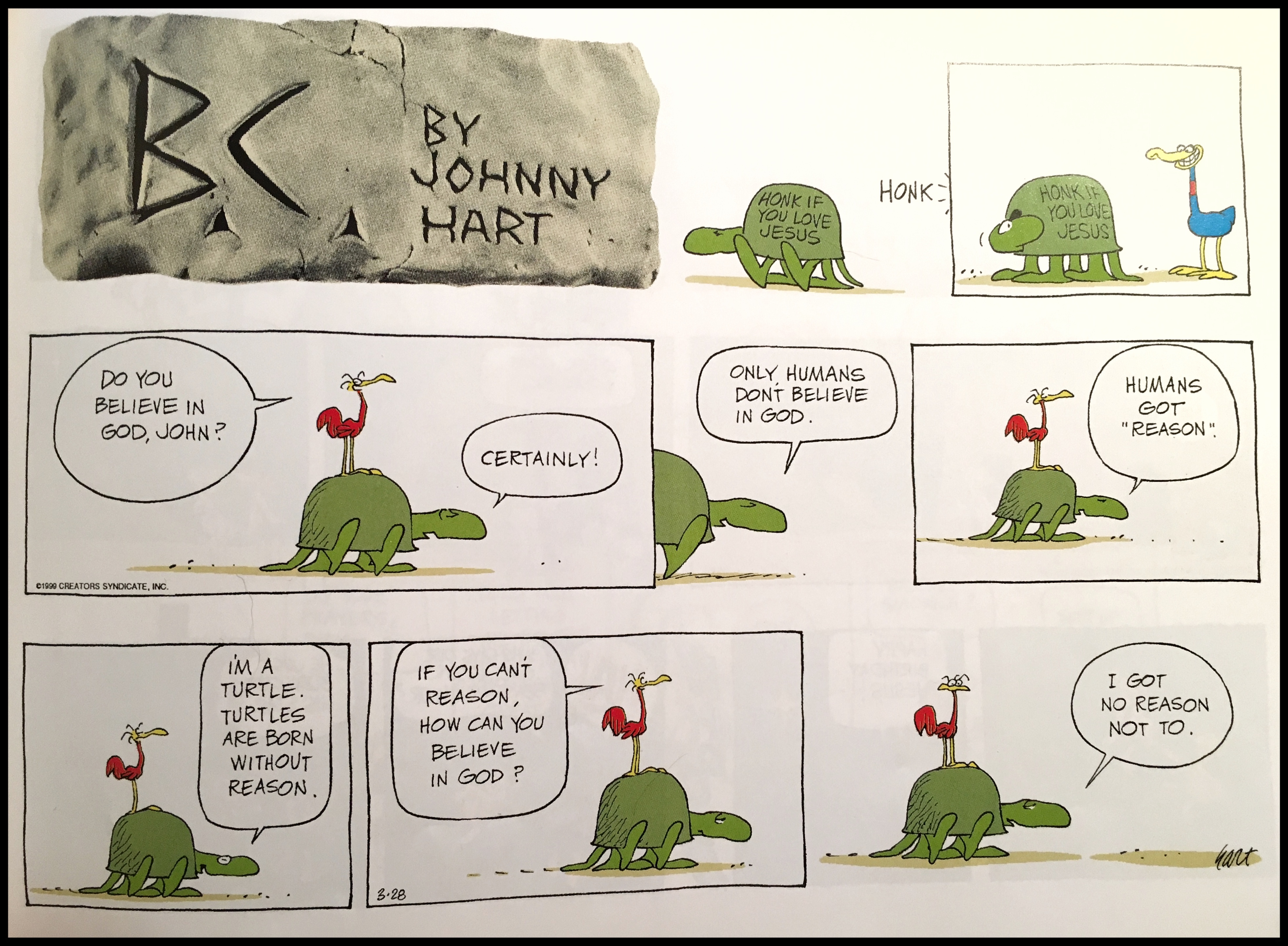 I watched B.C.: A Special Christmas, a half-hour cartoon broadcast in 1981 that featured the B.C. characters. In it, Peter and Wiley decide to create a myth about a man in a red suit who brings presents to everyone on December 26. They plan on selling trees and gifts to make a profit. But to their surprise, the myth becomes reality on December 25 when Santa shows up and delivers presents. The cartoon ends with Peter being woken up when men on camels ride past the door of his cave. He walks outside to see a bright star in the east and hear “Away in a Manger” playing in the distance. I wasn’t impressed.

I also watched a couple commercials for Monroe Shocks and Struts and Dr. Pepper which used B.C. characters.

The comic strips amuse me enough that I’ll read them when I happen upon them, but for the purposes of this post, I’m done.