Back to Clear Spring Ranch

I couldn’t stand the thought of wandering locally to bird yet again, so I drove down to the south end of the county to Clear Spring Ranch. Nothing exciting had been reported from there, so other birders didn’t flock to the place like they did last weekend. In fact, except for a couple on horseback late in the day, I had the place entirely to myself for the four hours I was there. The birding, with one exception, was pretty mediocre—winds were gentle but from the north.

The exception was this Broad-winged Hawk, my first for Colorado and my 295th Colorado bird. It was harassed from this perch by an American Kestrel. I followed it as it flew to two other perches. The kestrel stayed on the job, and finally the Broad-wing gave up and circled up and out of sight. 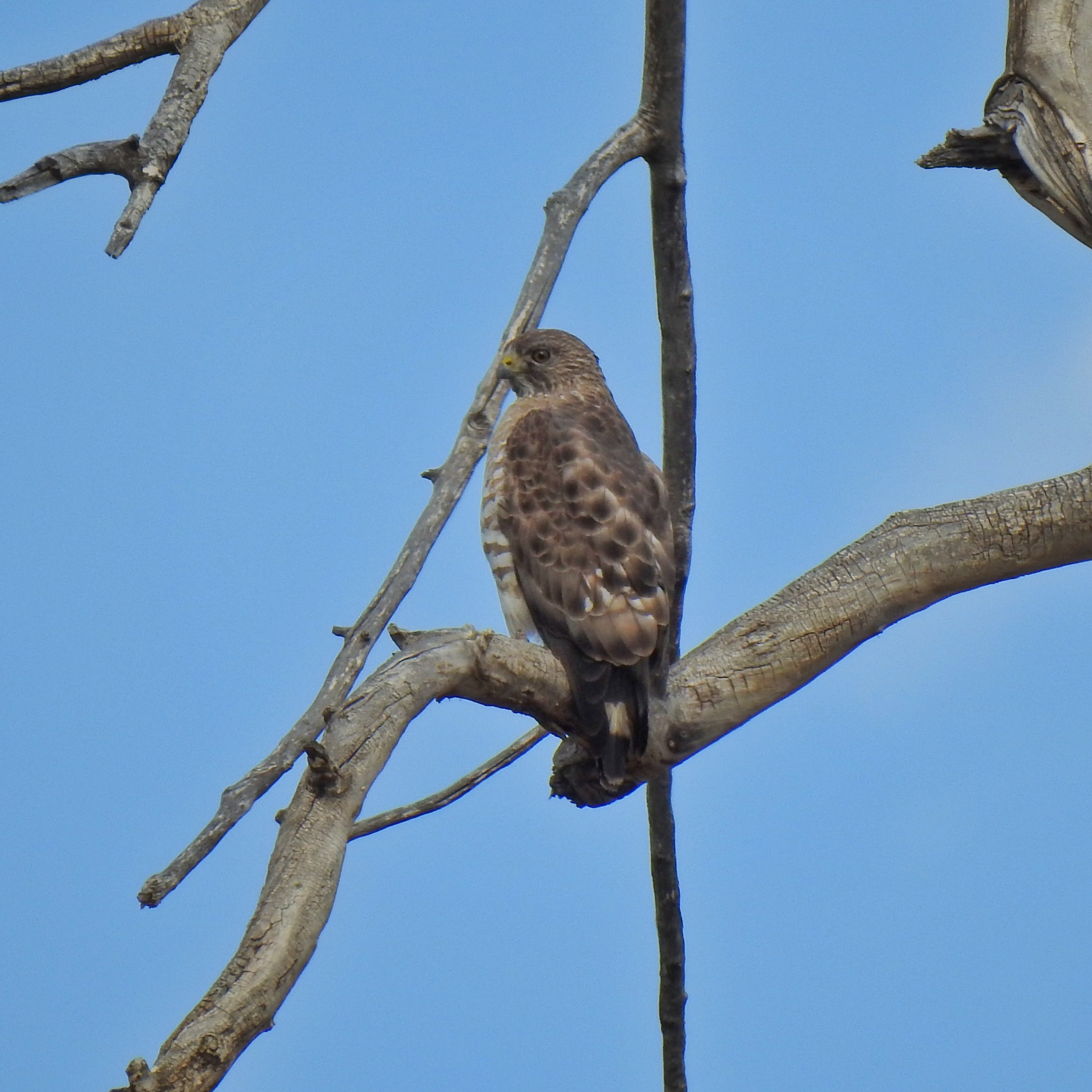 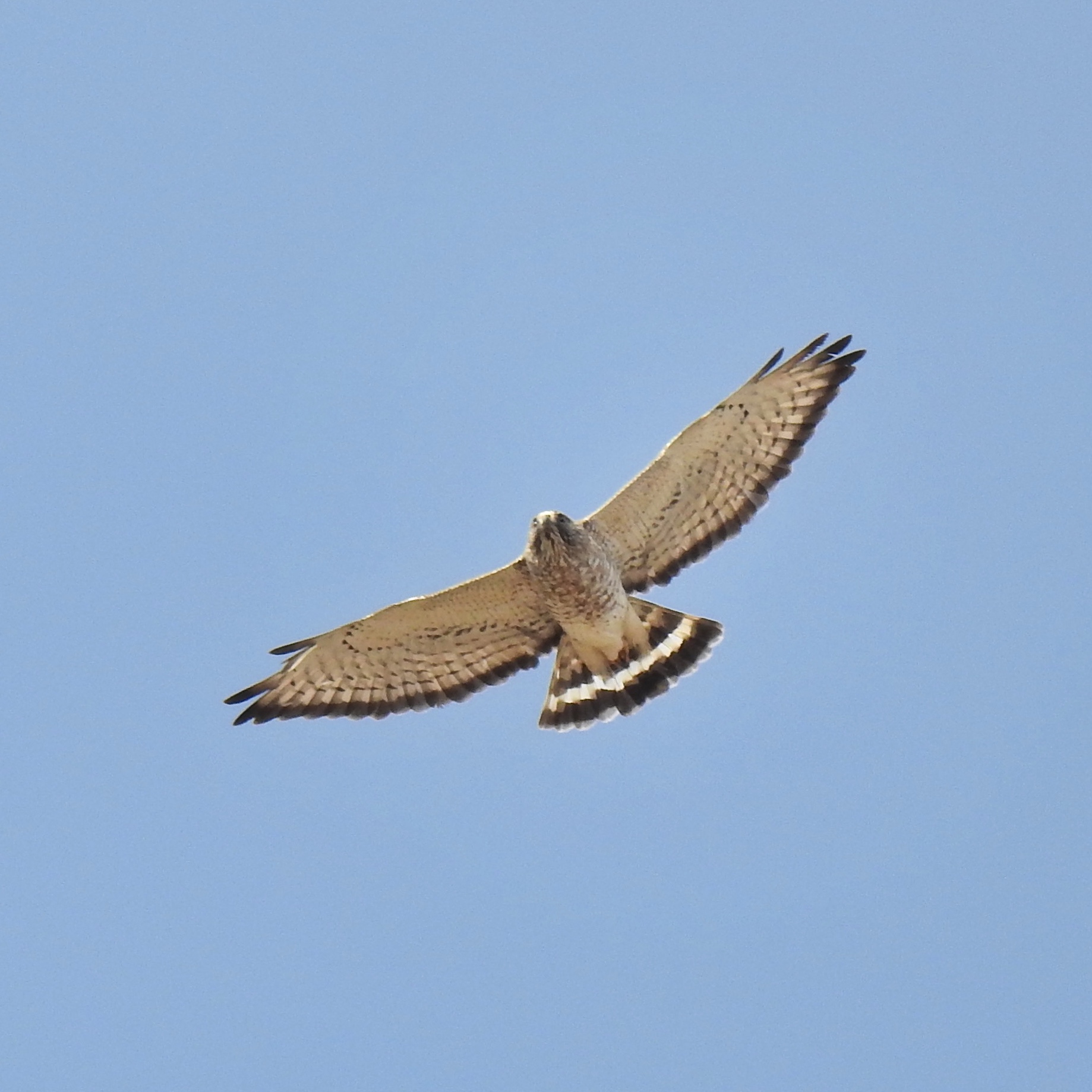 I also got a mediocre shot of a tame Sharp-shinned Hawk which I’m posting mostly because of the good comparison it gives of the difference between a buteo and an accipiter. Note particularly the smaller head and the longer tail. 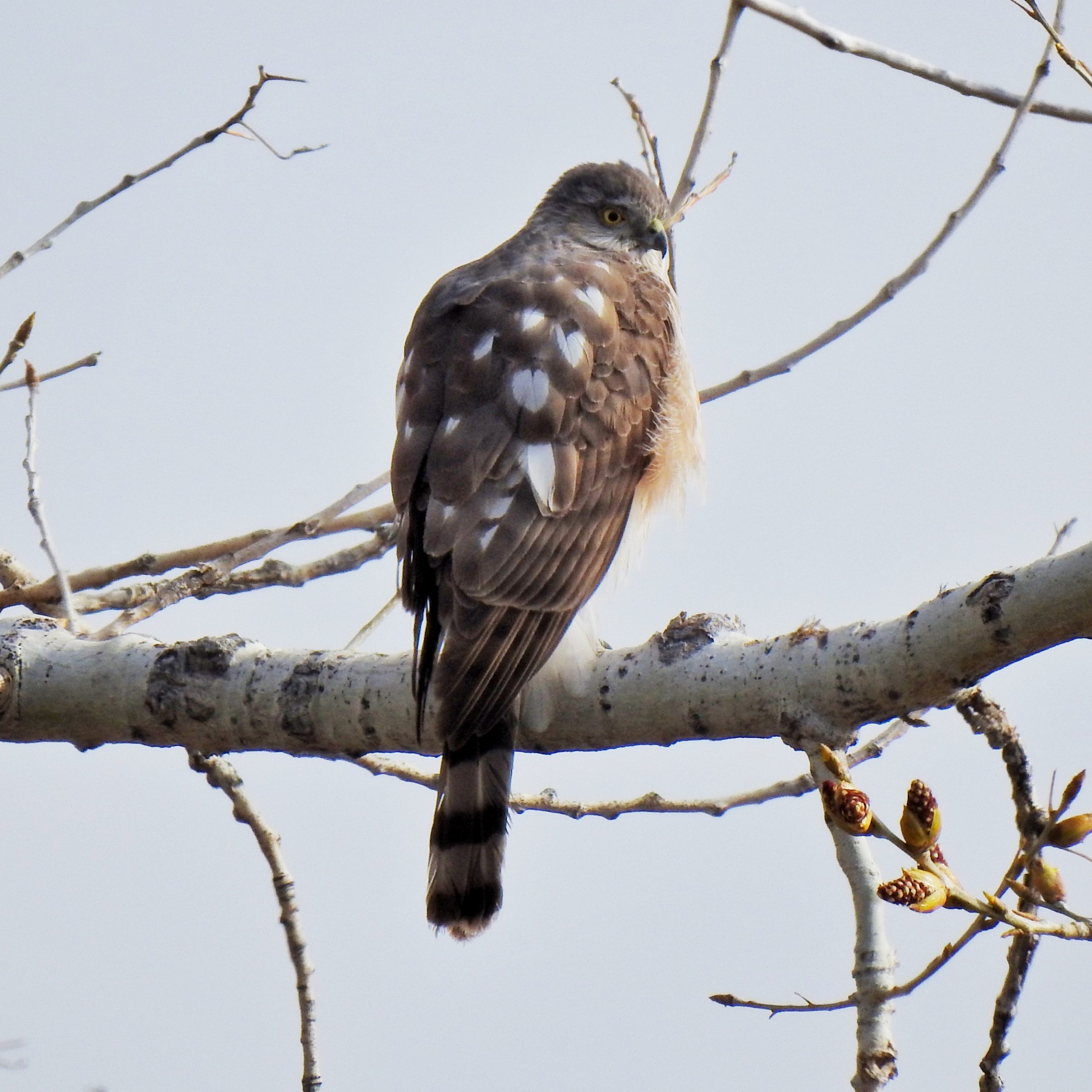 There were several Brewer’s Blackbirds around. I’m including this photo because it’s the best one I’ve gotten of the species so far. 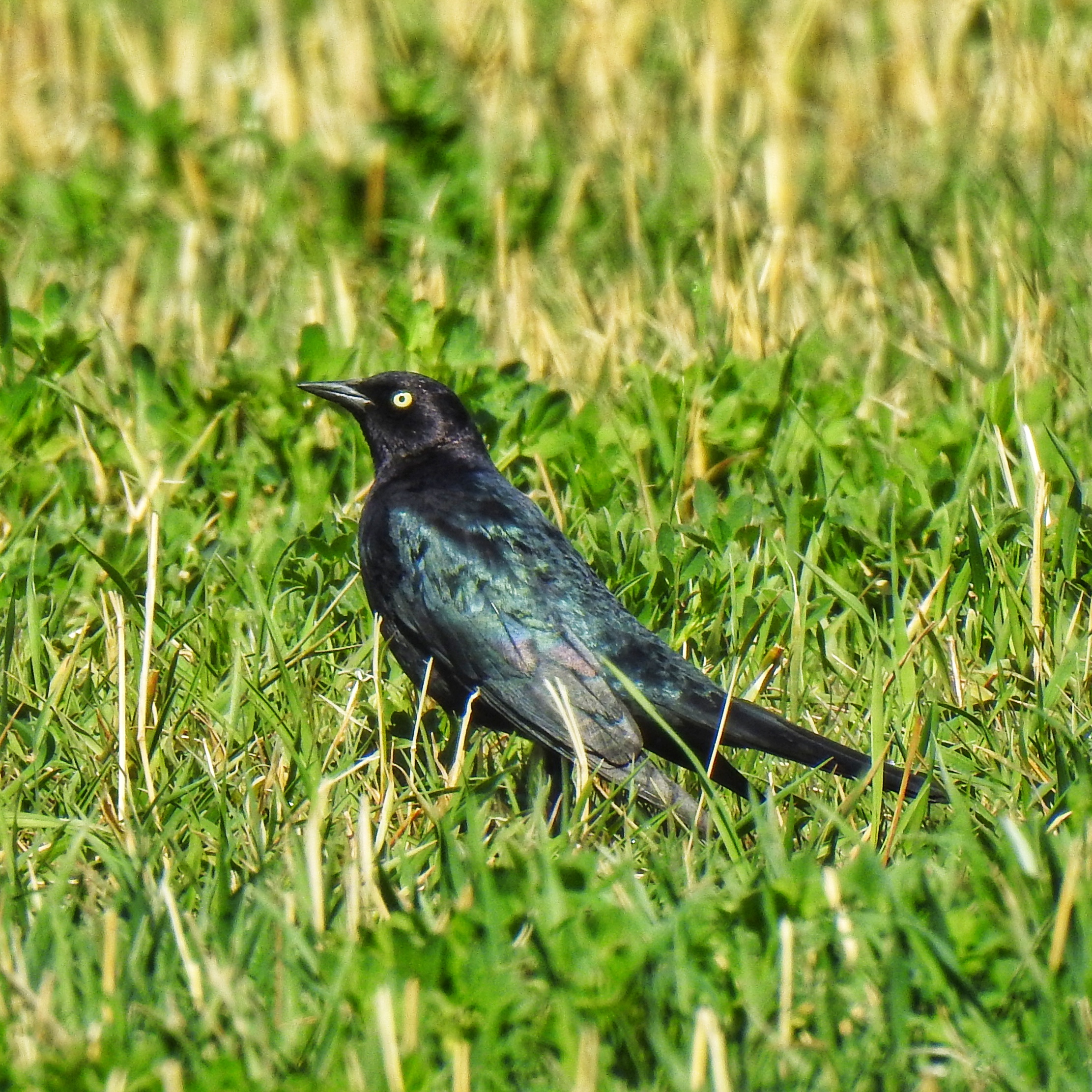 But the highlight of the day came early. I had only been there for maybe 20 minutes. I was at the south end of the trail and noticed an odd-looking “squirrel nest” in a large cottonwood. A glance through my binoculars revealed a sleeping porcupine. I lightened this photo considerably because at the angle I took this photo, it was silhouetted against the morning sun. 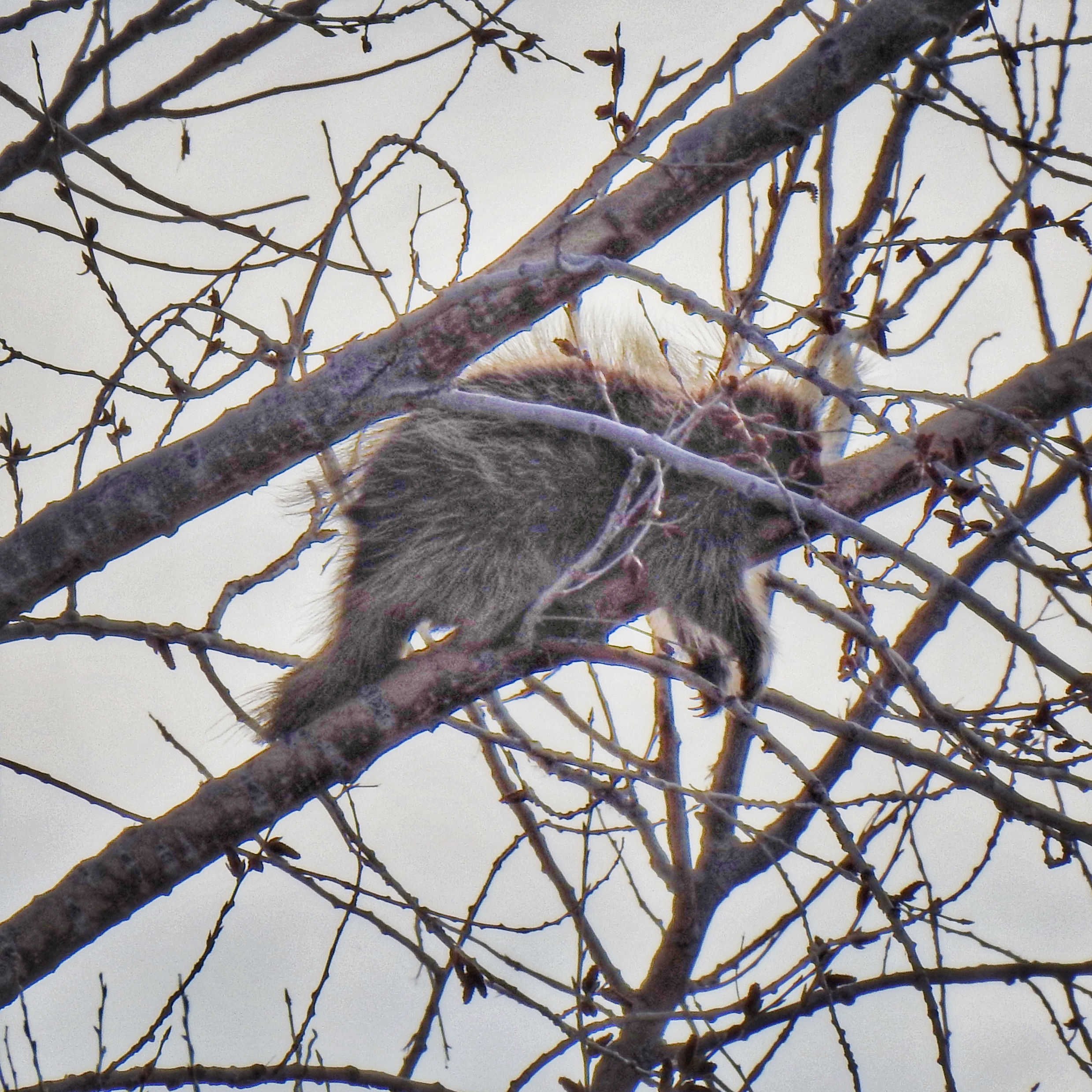 I never did see it move, but by the time I’d worked my way around through the woods, it was in this position, so I know it was alive. 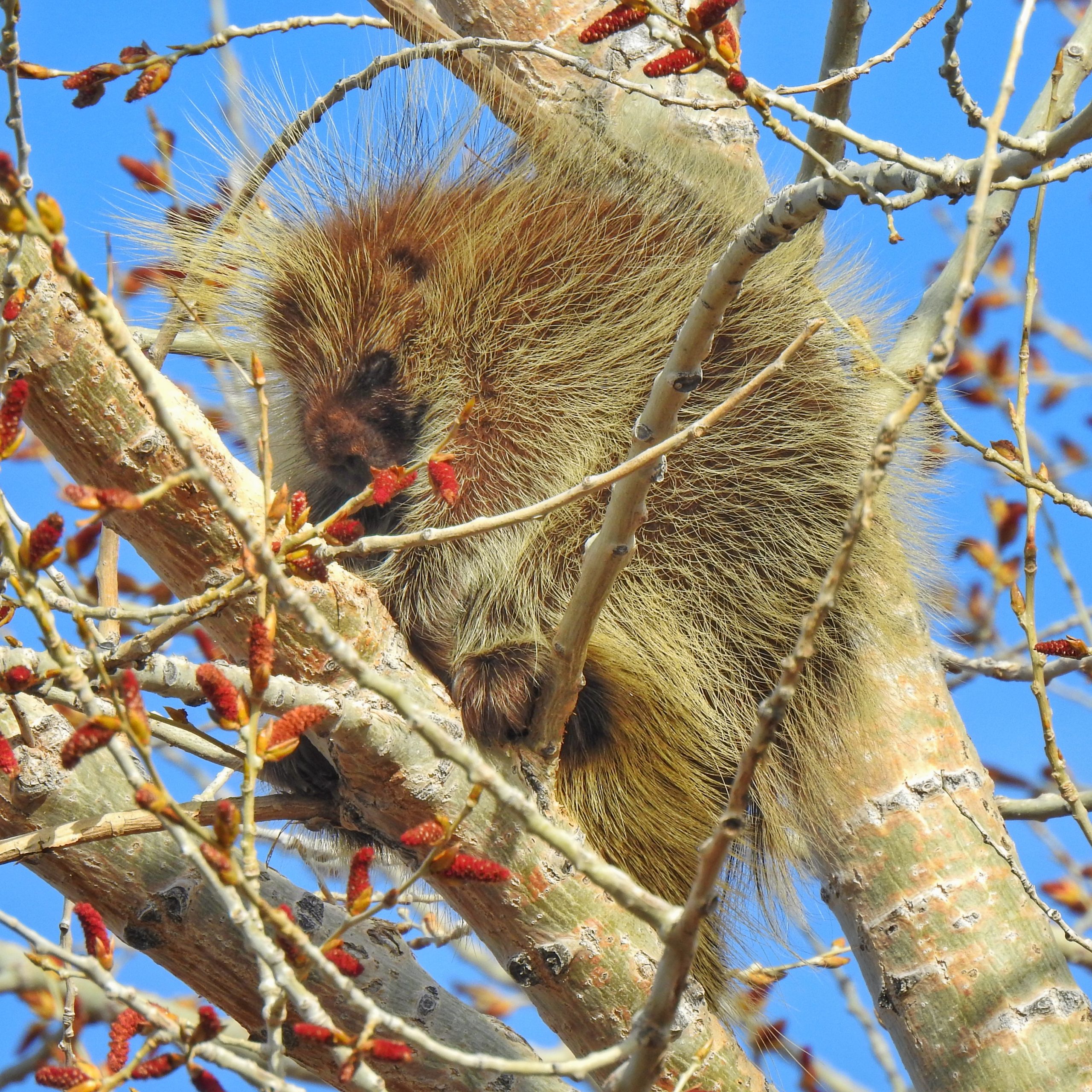 It was about 30 feet up in the tree and it paid me no attention whatsoever as I maneuvered for the best photo. In total on the day, I walked 8.2 miles and saw 34 species of birds.