After checking into our hotel, we drove back off the island to Fort Pulaski.  The park is on Cockspur Island in the Savannah River.  A Least Tern was standing on a railing post on the causeway about 40 yards out from shore.  I slowed the car and crept toward the bird.  It allowed us to get fairly close before it took off over the water.  For some reason, I expected it to be more difficult to find this bird.

About an hour later, we were on the upper level of the fort.  Another adult was flying along the moat next to the wall.  We watched it for about five minutes, and I took a picture. 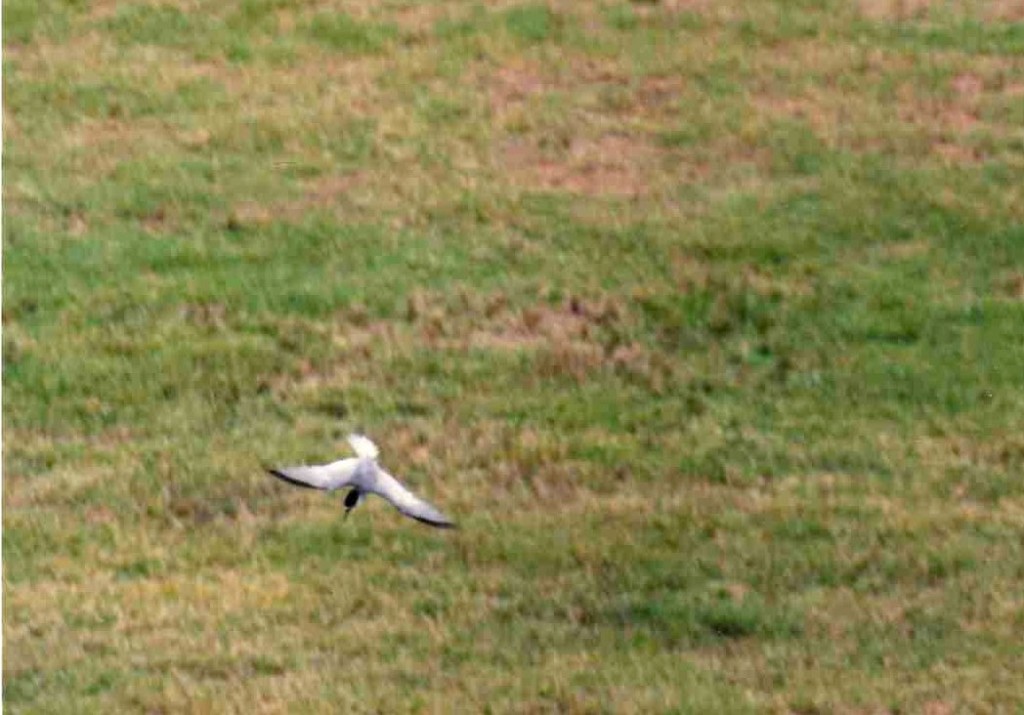 It flew slowly into the wind, hovered frequently, and occasionally dove into the water.  When it reached the end of the moat, it tipped into the wind and swiftly glided downwind to the other end.  It then turned and started slowly back upwind again.

Still later, as we crossed the bridge off the island, I saw an immature standing on a post very close to where we saw the first one.  I was able to drive up next to it and take another picture. 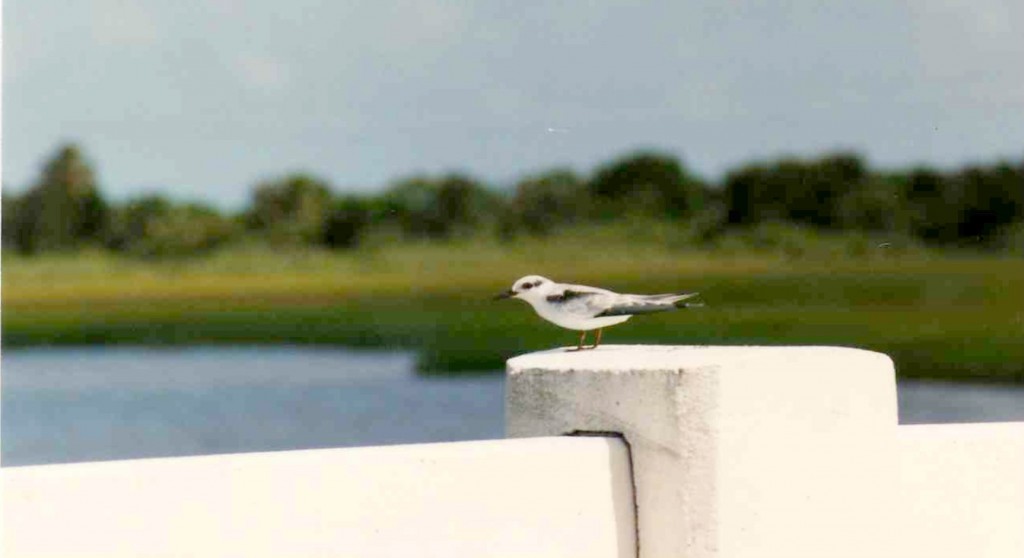