My wife, daughter, and I checked into our motel on the Atlantic beach on Tybee Island. We ate lunch at Arby’s, then headed a few miles back inland to Fort Pulaski, a Civil War fort on Cockspur Island. 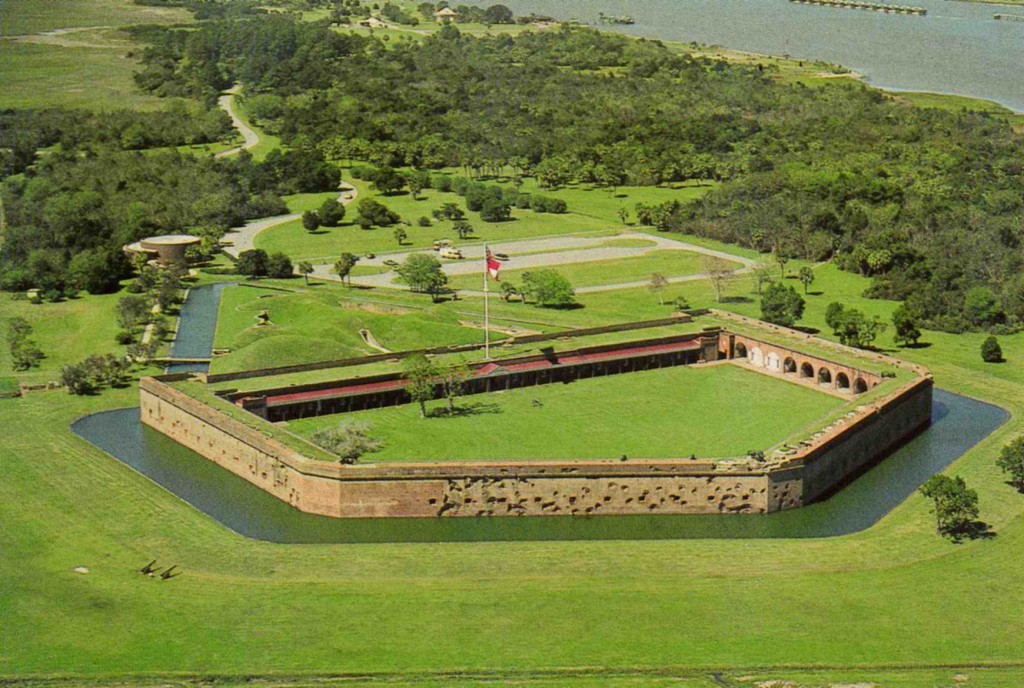 I found the fort fascinating. We spent about an hour and a half touring the visitor center and fort and loved every minute of it although the heat and humidity got to us before we were finished. 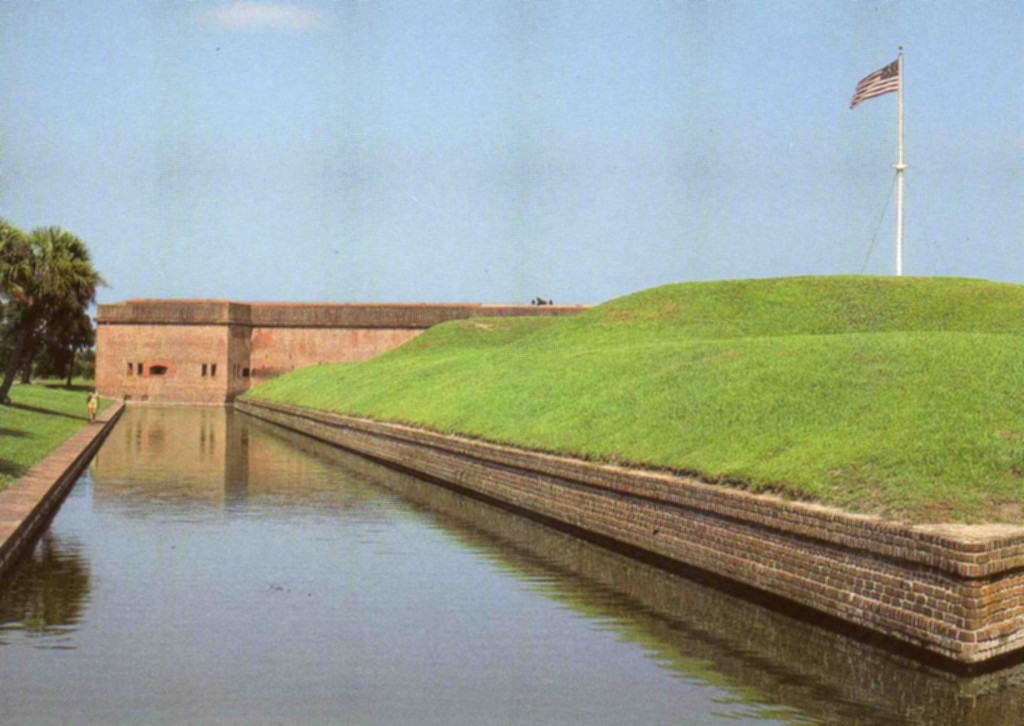 Several rooms inside the fort were restored to their Civil War appearance. We looked at them, then circled the fort twice, once inside the lower level and once outside on the upper level. 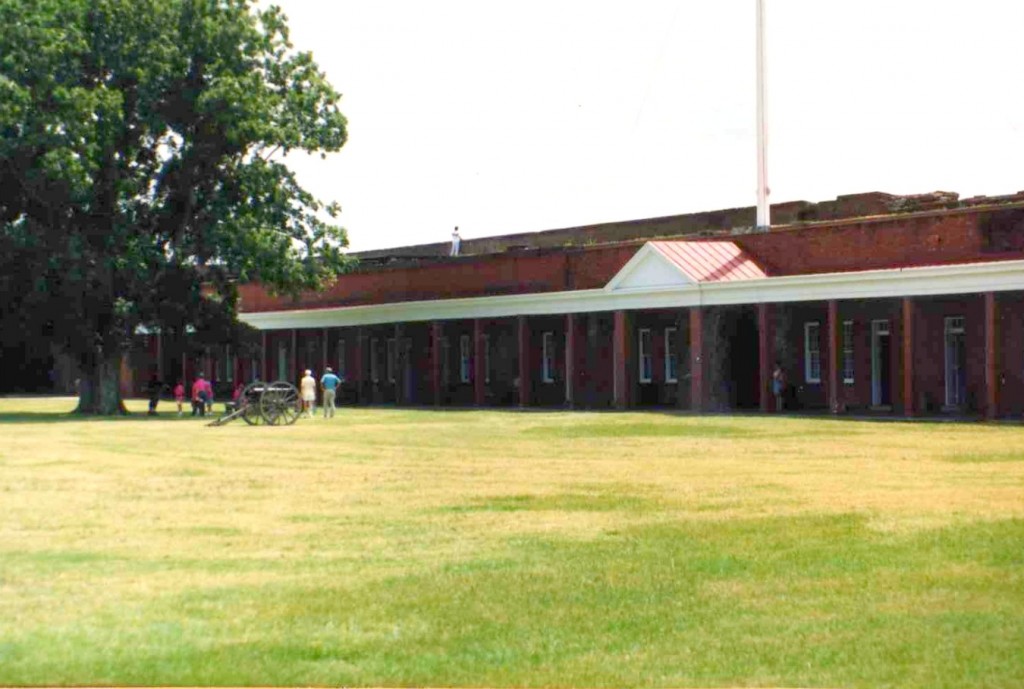 A ranger, dressed as a Civil War soldier, was talking to a group of people as we entered the fort. As we walked past he was saying, “We have a tendency to look at the way people lived back then and think they were stupid. But remember, 100 years from now, your house will be a National Park and people will be touring it and saying how stupid we must have been in 1990.” 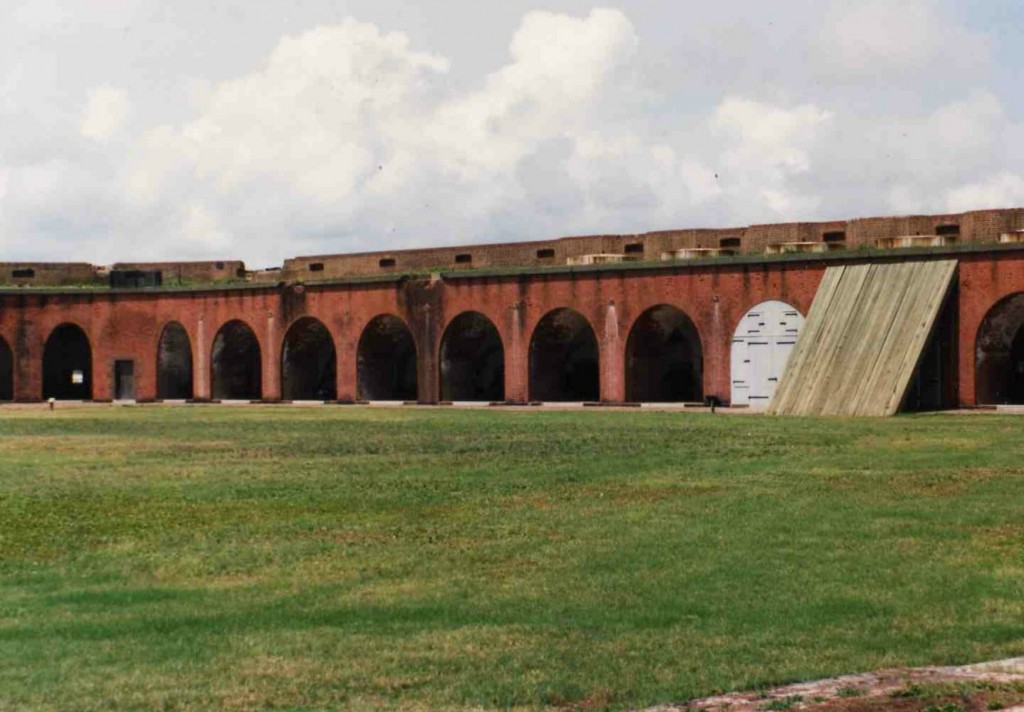 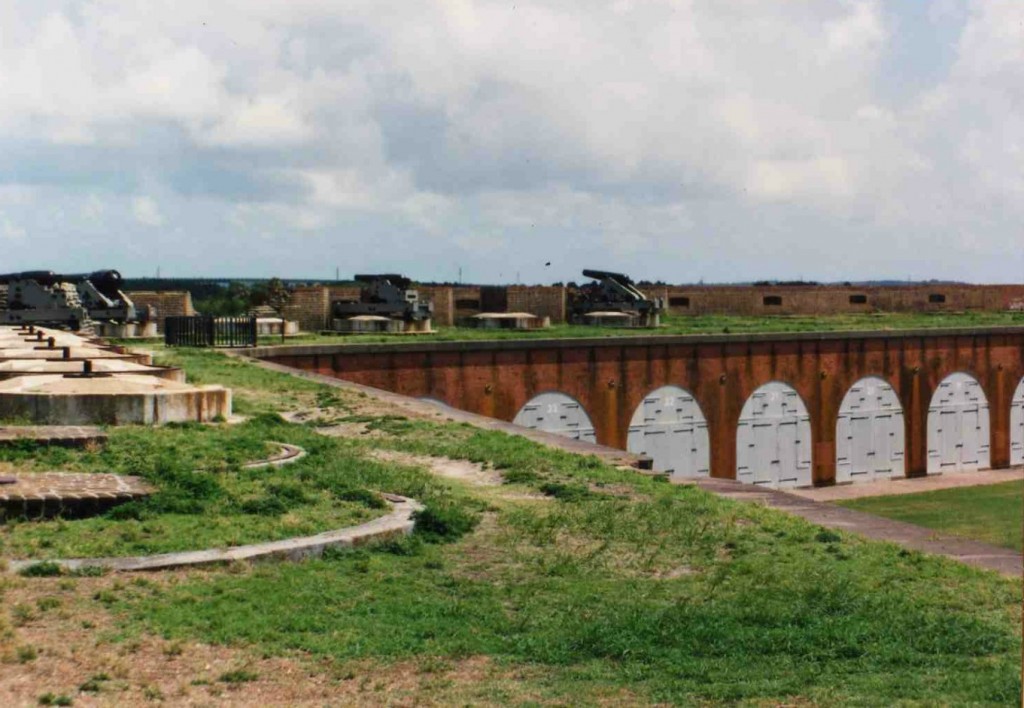 Fort Pulaski was built between 1829-1847 to protect the mouth of the Savannah River. It was occupied in January, 1861 by Confederate troops. In April of 1862, Union troops bombarded the fort and reduced it to rubble in 30 hours. The brick walls were no match for the rifled cannons of the Union army, and the battle signaled the end of brick forts.

After we finished touring the fort, my family went to the visitor center to relax in the air conditioning. I walked around the fort a third time, this time outside the moat. 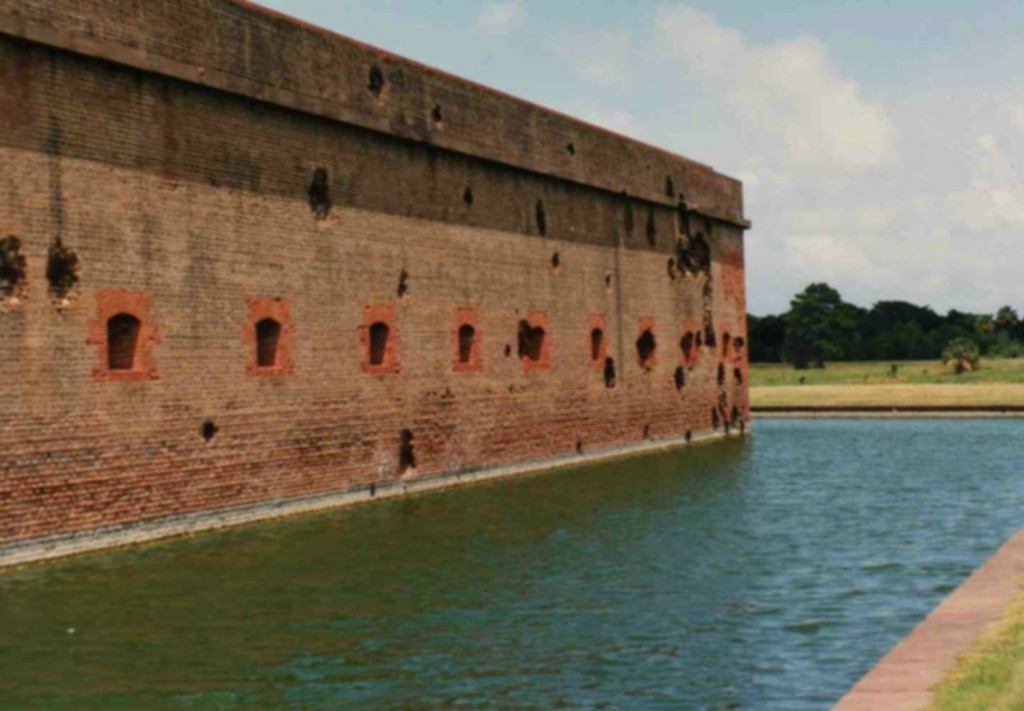 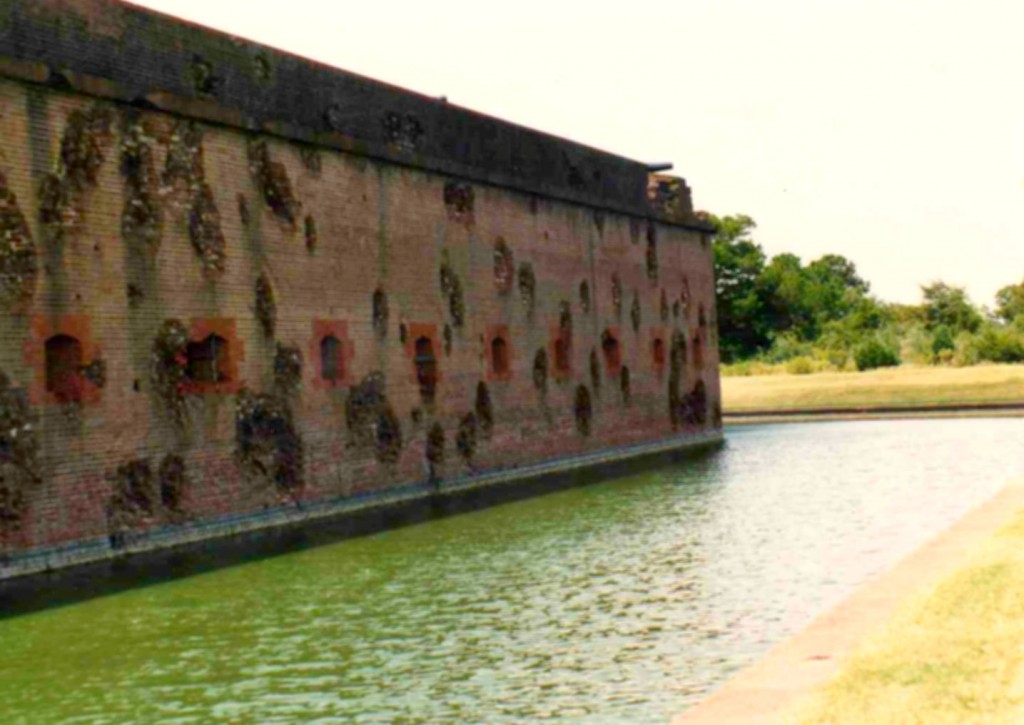