We toured the fort then walked down the trail to the north pier overlooking the river.  I scanned the river and picked out an immature Brown Pelican sitting on top of a green navigation buoy in the center of the channel.  It was still there when we left. 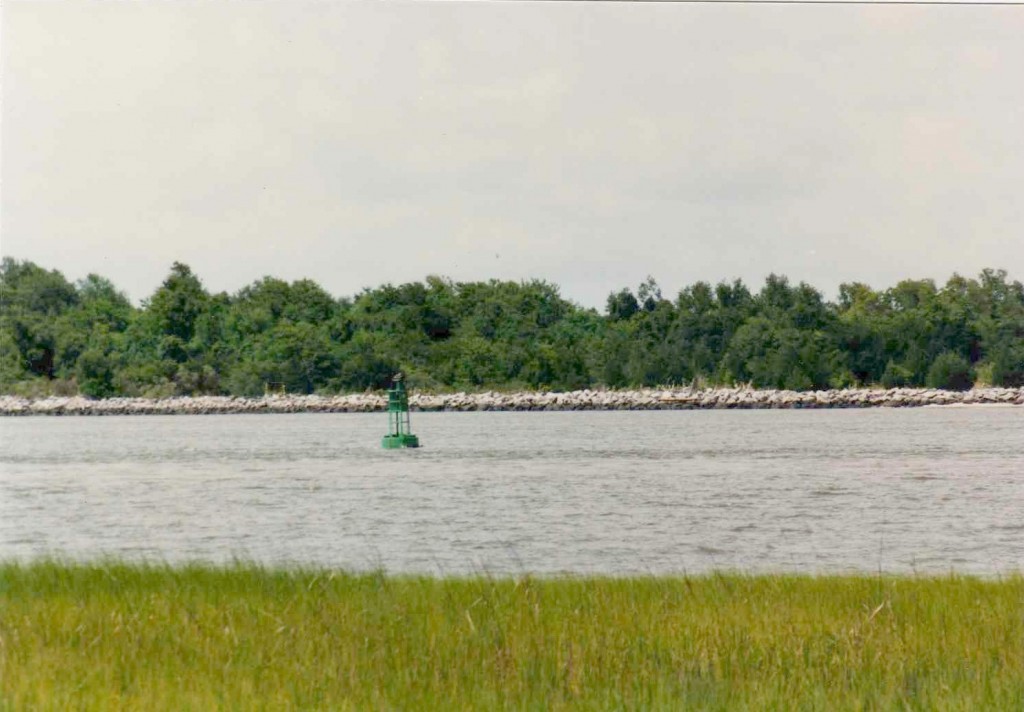 I continued to scan the river and could barely discern a flock of twenty or so standing on a beach across the river down a ways.

Later in the day, both by the Tybee Island Lighthouse and by the hotel, I saw several flocks.  The usually flew in single file, but occasionally in other formations.  When they flew over land, they were generally about 40 feet up.  When they were over water, they flew just above the surface, rising slightly when they flapped, then dropping down behind the waves in a short glide.  I even saw a few flocks from the window of our hotel room.