porphyrula (red, brown, purple) martinica (of the island of Martinique)

I left my family at the hotel and drove over the Savannah River into South Carolina. There were small pull-offs along the road. I picked one at random, got out of the car and scanned the marsh with my binoculars.

About 30 yards in front of me I saw an adult Purple Gallinule with two chicks. The adult was hopping about actively on the large lily pads that almost covered that part of the marsh. It foraged quickly about, often holding its wings aloft briefly after a hop. Where the pads were further apart, it strode quickly with long steps. It moved as much as 25 feet away from the chicks that were moving slowly about in a small area near the reeds.

As I was watching, a second adult flew in over the heads of the chicks and landed in the reeds. It could occasionally be seen foraging about through the grass.

I made the circuit around the wildlife drive without seeing any more.  I contemplated how lucky I had been, stopping at the one place where they could be seen.  But on the second time around, I came across two of them picking in the grass next to the road.  I pulled up slowly in the car and got within 10 feet.  They didn’t pay any attention and continued moving about as I took pictures. When another car came by, they wandered off into the reeds along a water-filled ditch. 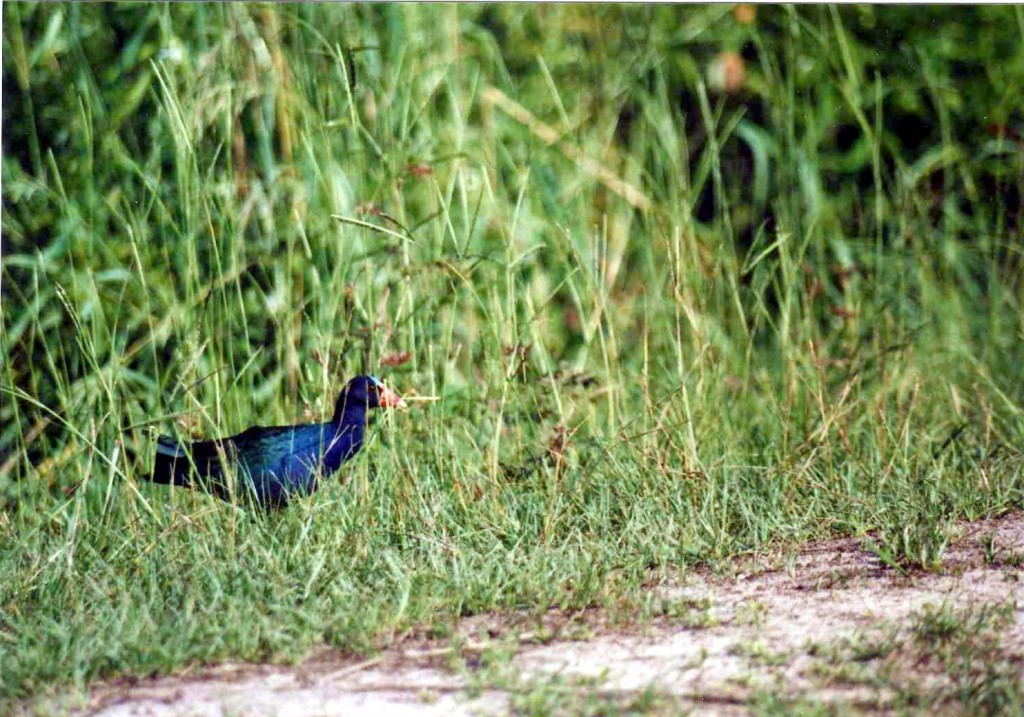 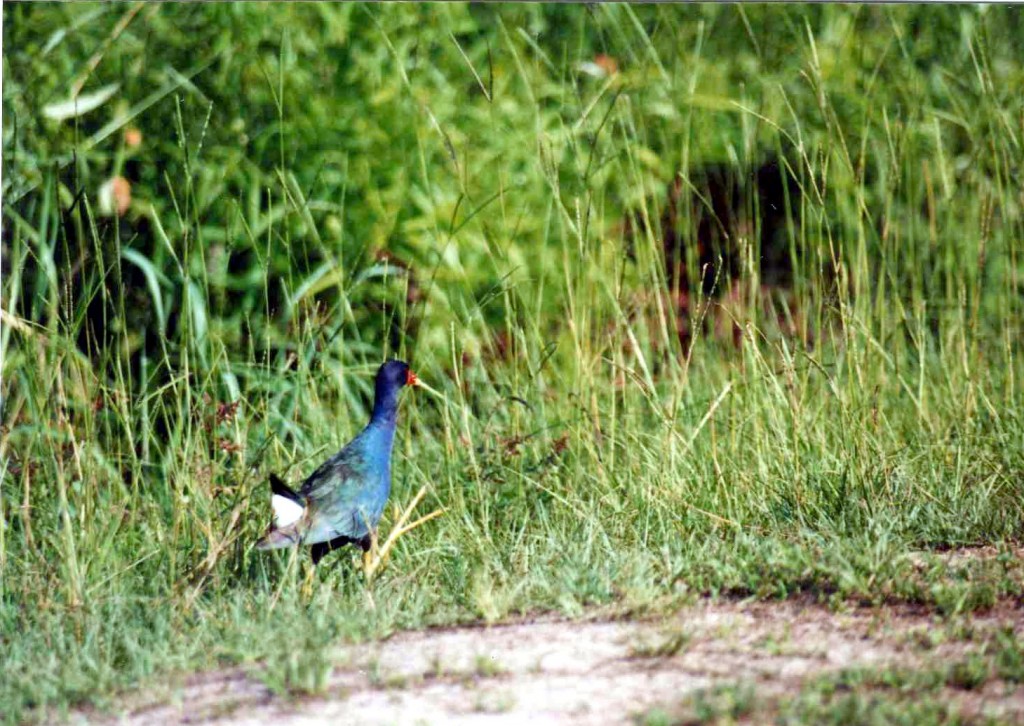