I left the pull-off where I’d seen the Purple Gallinules and continued down Route 17.  I hadn’t gone more than a quarter mile when I spotted an Anhinga perched in a lone tree in the marsh along the road.  I pulled over at the next pull-off to look. 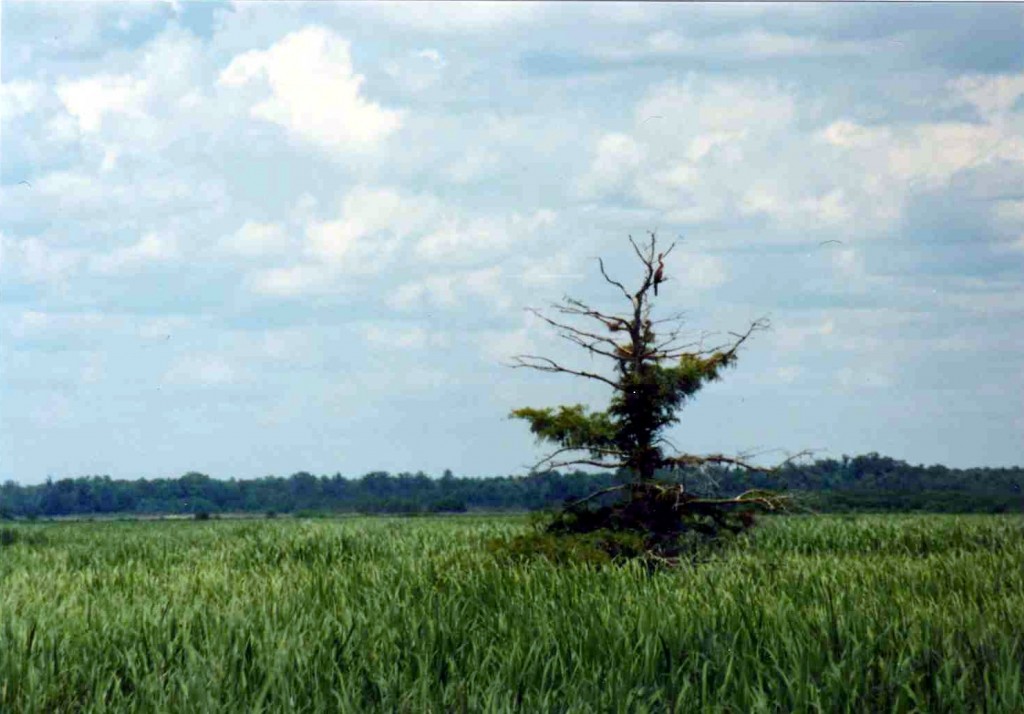 The Anhinga was a female.  It was perched in an upright position near the top of the tree.  It held its neck in a loose “S” and regularly turned its head from side to side.  The bill was pointed upward and open slightly, and the skin on its throat was quivering rapidly in and out.

Later, along the wildlife drive, I saw a few more.  I took a picture of a male perched on a log about 15 yards from the road.  He stood there with his wings spread, watching me nervously.  Shortly after I took his picture, he took off, flying very low over the water with laborious wing beats and neck extended straight out. 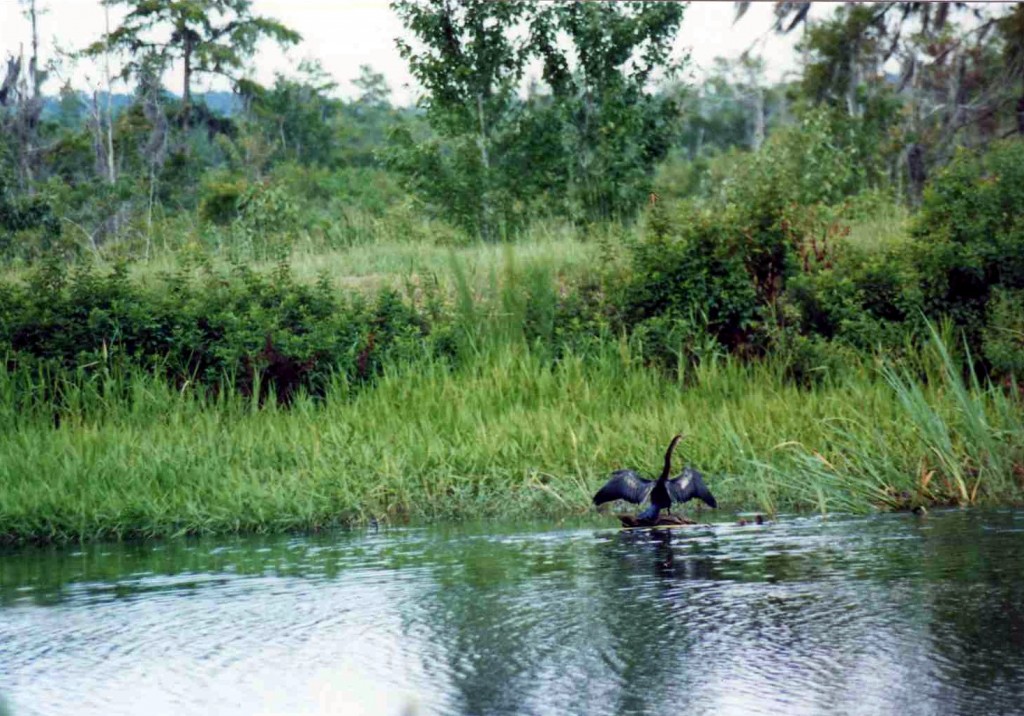