I was miserable.  This day wasn’t going at all like I had planned.  I wasn’t seeing any of the birds I wanted to see.  Over an hour had gone by since I’d seen the Black-billed Magpie.  The heat was wiping me out.  (My car didn’t have air conditioning.)  I was thirsty, but all I had to drink was a can of Diet A&W Root Beer that was lying on the back seat getting hotter and hotter.  I decided to save it for an emergency.  Nothing was moving, not even the wildlife.  I came upon a Red Fox lying in the meager shade of the roadside grass.  As I crept forward, it got up and crossed the road into the marsh.  A few moments later it popped back out.  It trotted lazily down the road, keeping about 30 yards in front of the car.  I stopped to look at a bird, and the fox disappeared around a bend.  When I drove on, there was the fox, standing in the road.  It resumed its lope, seemingly unwilling to put forth any effort.

I gave up.  I cut down a side road to the refuge boundary where I was greeted by another locked gate.  I stumbled out of the car to unlock it.  As I pulled the key from my pocket, I spotted a gull flying over.  I knew it had to be a Franklin’s Gull.  The refuge supposedly had a massive breeding colony of them, and I’d expected to be inundated with them, but three hours had gone by and I hadn’t seen one.  Until now.

It flew in from the west, over the farmland that borders the refuge.  It circled slowly above me about 30 feet off the ground.  I unlocked the gate and walked back to the car.  Before I could get my binoculars, the gull had disappeared.  But I had seen its black head, red bill and diagnostic wing pattern.

I pulled through the gate, locked it behind me and started down the road back to headquarters.  I’d only gone a short way when I saw the gull circling low over the marsh.  The sun was behind it, and the white on the wing bars, trailing edge of the wings and tail glowed with a silver-white translucency in the light.  It was a very pretty view, although I’m not usually excited by gulls.  For four hours I hadn’t seen another human being.

I drove the Lost Bay Auto Tour without seeing anything interesting.  I used the key to let myself onto the observation tower near headquarters.  The tower is 100 feet tall and catches the wind.  While I was up there, some clouds rolled through and blocked the sun. As a result, the time I spent up there was the only time I wasn’t hot and miserable all day.  I had a great view of the marsh, but saw no new birds. 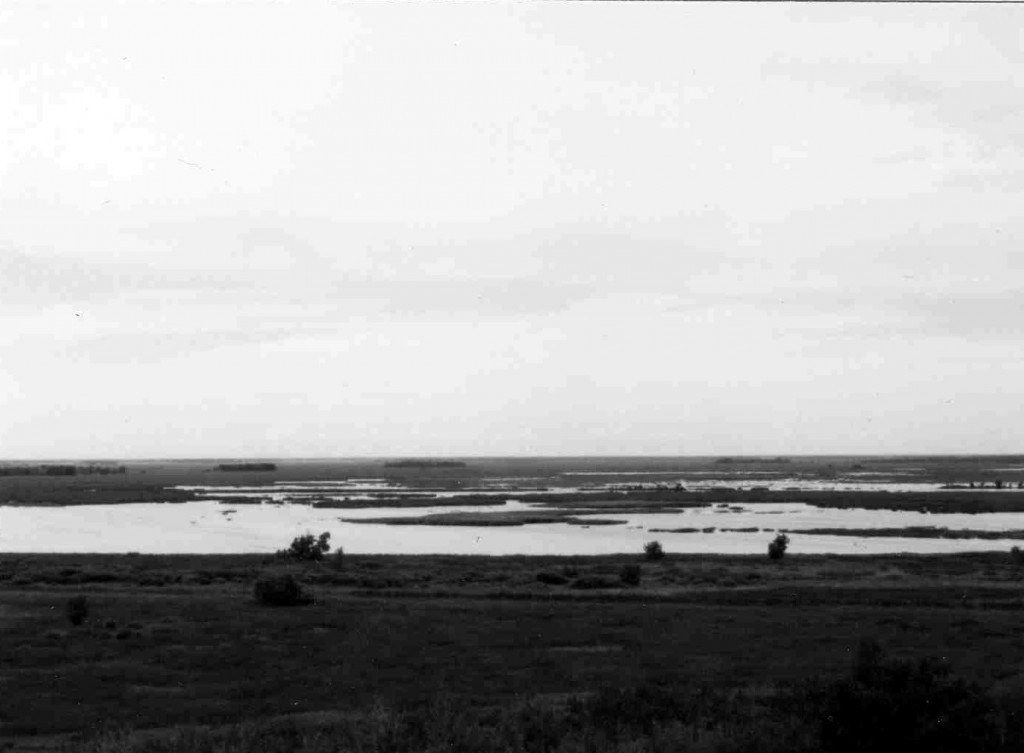